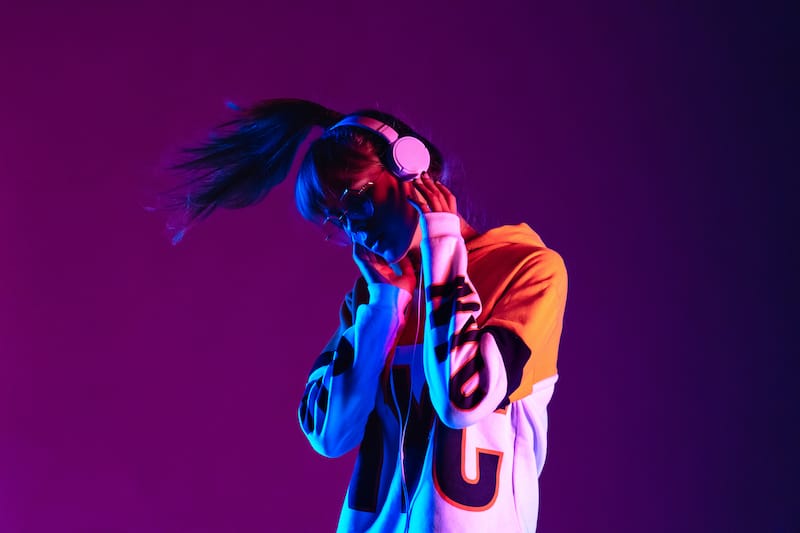 As music continues to evolve so do the different types of genres we use to classify what we are listening to. While it used to be rock, pop, and folk that dominated in the 60s, over time more and more genres have been created. The 70s saw the emergence of punk, new wave, and disco. The 80s ushered in hip-hop and rap, post-punk, and electronic. The 90s biggest contribution was grunge and dance, but as the 00s hit every main genre began to splinter off into subgenres. We have now ended up with hundreds of different genres of music. Some are great, some are a little different, and others are weird genres of music that will have you scratching your head.

These weird and wonderful genres of music are what we want to focus on. This is music that doesn’t really fit in anywhere else but still manages to have a big enough following to be classified as a genre. So if you want to learn more about some strange genres you have never heard of before, read on and prepare to be surprised.

Pirate metal sounds incredible. It conjures up images of big, bustling, bearded men singing about eye patches and buried treasure. And to be fair, if that’s what you are thinking you are pretty much on the ball. This musical genre features sea shanties performed as metal songs. The lyrics are littered with pirate mythology and the songs, despite being metal in nature, often incorporate folk instruments.

Pirate metal takes from other metal genres such as thrash metal and speed metal to create a unique sound that really has to be heard to be believed. This genre of music has actually spawned some successful acts, such as Running Wild from Germany, Lagerstein from Australia, the most famously, Alestorm from Scotland. Put on an eye patch, fill up your beer stein, and rock along to pirate metal next time you want to enjoy a big night in.

This genre of music was created by minimalist artist Steve Roden in the late 80s. It only came to prominence in 2001 when Roden released the album Forms of Paper. The sounds on the album were created by Roden recording himself folding paper and rubbing it on the microphones he had set up. He used the pages from a book of German poetry and then manipulated the soundbites, creating an extreme genre of ambient and electronic music. It really is a trip to listen to (it’s one single 53-minute song) and is unlike anything you will have heard before. In the words of Roden, “It bears a certain sense of quiet and humility; it doesn’t demand attention, it must be discovered… It’s the opposite of capital letters–loud things which draw attention to themselves.”

The lowercase moment has influenced a number of musicians, including Richard Chartier, Bernhard Günter, Jason Lescalleet, and Taylor Deupree. In terms of weird genres of music, it doesn’t get much weirder.

What do you get when you merge folk music with electronica? Folktronica! This genre came to life in the 90s and merges acoustic sounds with electronic, hip-hop, and dance beats. Depending on what you read, the general consensus amongst music nerds is that British group Ultramarine is responsible for this eclectic genre. Their 1991 album Every Man and Woman is a Star incorporates traditional instruments with electronic productions and laid the groundwork for folktronica. It really gained traction in the early to mid-00s, with Four Tet’s Pause, Caribou’s The Milk of Human Kindness, and Boards of Canada’s The Campfire Headphase all notable albums that helped push the genre into the mainstream. Even Madonna’s American Life album was influenced by folktronica.

While not so popular in today’s era of streaming services, medieval folk-rock had a cult following in the 60s and 70s. The genre is characterized by rock bands incorporating renaissance and baroque soundscapes into their music. Think lots of extended solos and baroque-style vocals. There were no electronic instruments, just your classic guitars, bass, and drums, along with woodwind and string instruments.

The genre really made an impact in Britain where several bands actually hit the charts, with Steeleye Span charting as high as 14 with their a cappella single of the sixteenth-century carol Gaudete. Other bands to make their mark include The Incredible String Band, Pentangle, and Gryphon. Despite a resurgence in the 80s, the genre has lain dormant since the 70s when it was absorbed by similar sub-genres, such as progressive rock.

Despite the name, witch house is neither black metal nor house music. It is one of those weird genres of music that originally existed as a joke. Travis Egedy, the alias of house purveyor Pictureplane, coined the term in 2009 when talking with Pitchfork. It was meant as a joke to describe the occult-based electronic music he was making. Once the term was out there the media took it and ran with it, with witch house officially recognized as a genre.

It’s hard to describe witch house as it borrows from so many other genres. It is similar to the chopped and screwed type of hip-hop pioneered by DJ Screw, while also absorbing electronica, dance, synth-pop, industrial, shoegaze, and cloud rap. It is a hodgepodge of musical sounds that somehow comes together and works. Although the genre has died out, you can recognize it in modern artists such as Zola Jesus, LA Vampire, and Physic Reality.

Commonly referred to as horror country, gothic America, and dark country, gothic country takes the classic country sound and turns it into a dark and depressing genre about death, loss, and betrayal. Coming out of the 90s alternative country scene of Denver, this genre is pretty much country music with extremely dark lyrical content. Songs focus on death and addiction and all the terrible things that happen to people in life. Important bands from the scene include The Denver Gentlemen, 16 Horsepower, Wovenhand, and Slim Cessna’s Auto Club. While its popularity was mainly limited to the state of Colorado, its reach did spread a little further, although by the early 00s the genre had petered out.

See more about - The 40 Essential Albums To Own On Viny

Weird genres of music don’t get much weirder than black MIDI (Musical Instrument Digital Interface). Black MIDI  is a music genre made up of MIDI files that contain thousands, even millions of notes. The most intense black MIDI compositions contain as many as 93 trillion notes, which is mind-blowing. It is called black MIDI because if it were to be written on a page as notes, it would just be lots of black markings.

Shirasagi Yukki is heralded as the man behind black MIDI. In 2009 he crafted a track based on U.N. Owen Was Her? that was part of the boss theme from the Touhou Project shooter video game The Embodiment of Scarlet Devil. This was then uploaded to Nico Nico Douga, a Japanese video site. From here it gained traction and soon black MIDI was a thing. It is essentially video game music played at a breakneck speed. It’s not for everyone but there is a dedicated fan base out there.

The European country of Germany is probably the last place you would expect reggae to be big. During the 70s when reggae became internationally known, a lot of middle-class white men in Germany somehow related to the music and began forming reggae groups and performing. The genre really took off in the 90s thanks to Gentleman. The Cologne-based musician regularly traveled to Jamacia as a youth and picked up a love of reggae that would lead to two #1 albums on the German charts in the mid-00s. The reggae scene in Germany is still flourishing and Gentleman is still charting.

Vaporwave is as much about the visual element as it is about the music itself. A microcosm of the electronic genre, vaporware encompasses a lot of different influences. It is believed to have originated from chillwave and contains lots of samples that are chopped and screwed. Elevator music, 80s lounge music, dream pop, YouTube clips, jazz, R&B, dance, and pop samples all make up vaporware. It really is a weird amalgamation of different genres that won’t be to everyone’s liking.

Visually the songs are often accompanied by insane videos that hark back to 90s video games featuring strange animations and album covers with retro computer designs. The genre first appeared in the 2010s and quickly fizzled out a few years later as the sound was hijacked by other sub-genres.

This subgenre of hip-hop is based on a glitchy aesthetic. The production blends lo-fi sounds with hip-hop beats that are copped and screwed and put through the wringer. The origin of this genre is attributed to Push Button Objects. He is a Miami hip-hop producer who is one-half of Ko-Wreck Technique along with DJ Craze. Craze is the only person to win the World DJ Championship three years in a row. The sketchy soundscapes he created were the perfect foundation for rappers to spit bars, with his single 360 Degrees a great example of glitch hop.

These days glitch hop has become more of an electronic music staple and found its way into the sounds of respected artists such as Flying Lotus, Knxwledge, and even Madlib.

There isn’t a more micro-genre than Simpsonwave. This genre of music appeared online in 2016. As you can probably guess, Simpsonwave is vaporware with samples from The Simpsons, both audio and visual. It should come as no surprise that a 19-year old named kid was behind most of the songs that appeared online genre. According to Izotope, British-born Lucien Hughes told Paper magazine “he was drawn to the nostalgia of both The Simpsons and vaporwave and decided to make his own after seeing several by YouTube user midge, who had posted them on the Facebook group Simpsons Shitposting.

You wouldn’t think metal and J-pop would go together, but somehow this merging of genres works. Kawaii metal, or cute metal, is a genre that features heavy metal instrumentation with J-pop vocals. The imagery that backs the music is also quite dark. The band many point to as the originators of this insane genre is the Japanese duo (formerly a trio) Babymetal. They formed in 2010 and have gone on to have tremendous success both in Japan and around the world with their fusion of metal and pop. They have racked up millions of views on YouTube and Spotify and continue to be a roaring success.