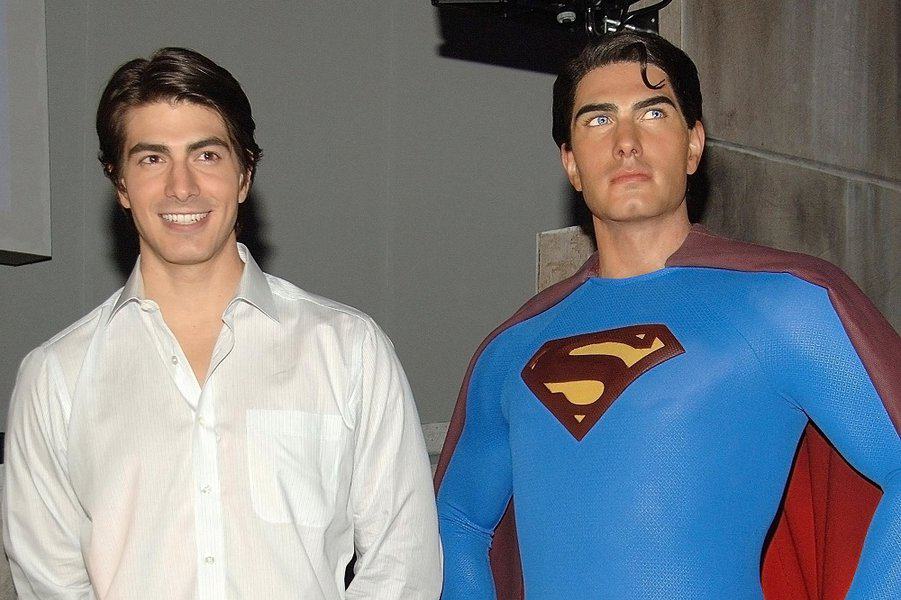 All 9 Actors Who Played Superman

When it comes to iconic comic book characters, you don’t have to look any further than Superman. The Man of Steel is one of the most widely known superheroes who has been a staple in the comic book world since debuting in Action Comics #1 on April 18, 1938. But Superman has transcended the comics to become a pop culture icon. He has made his mark in Hollywood over the past 70-odd years. There have been nine actors who played Superman during that time, each breathing new life into Clark Kent and giving him a presence on both the small and big screen.

With the recent announcement that Henry Cavill is returning to play Kal-El (after his tease at the end of the Dwayne Johnson starring Black Adam) in another live-action movie, we thought we’d take this time to look at all the actors who have played the man who is faster than a speeding bullet. From Superman actor Christopher Reeve to Kirk Alyn and Dean Cain, here is a look at the actors who played Superman over the journey.

All 9 Actors Who Played Superman 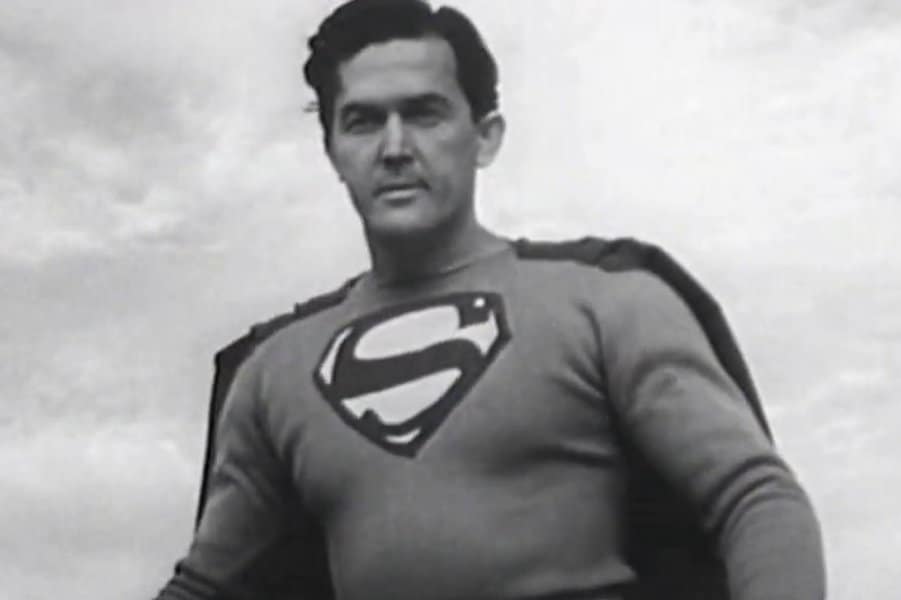 The first person to jump into the red and blue suit of Superman was American actor Kirk Alyn. The New Jersey-born Alyn worked as a vaudeville and only managed small roles and cameos in several films before getting cast to play the DC hero in the first live-action Superman movie. He ended up starring in two movies, 1948s Superman and the 1950s follow-up Atom Man vs. Superman.

While he might not be remembered as fondly as some Superman actors, Alyn brought an athletic grace to his portrayal. As a former dancer, he was adept at performing the stunts necessary to bring Superman to life. Although the flying scenes don’t really catch your attention (which isn’t Alyn’s fault as the technology just wasn’t up to scratch) and some of his lines of dialogue are clunky, Alyn does a more than admirable job in the role.

Superman wasn’t Alyn’s only stab at a comic book hero, with the actor also playing Blackhawk in the Blackhawk movie that came out in 1952. He would spend the rest of his career playing bit parts before his final role in the 1983 horror Scalps. 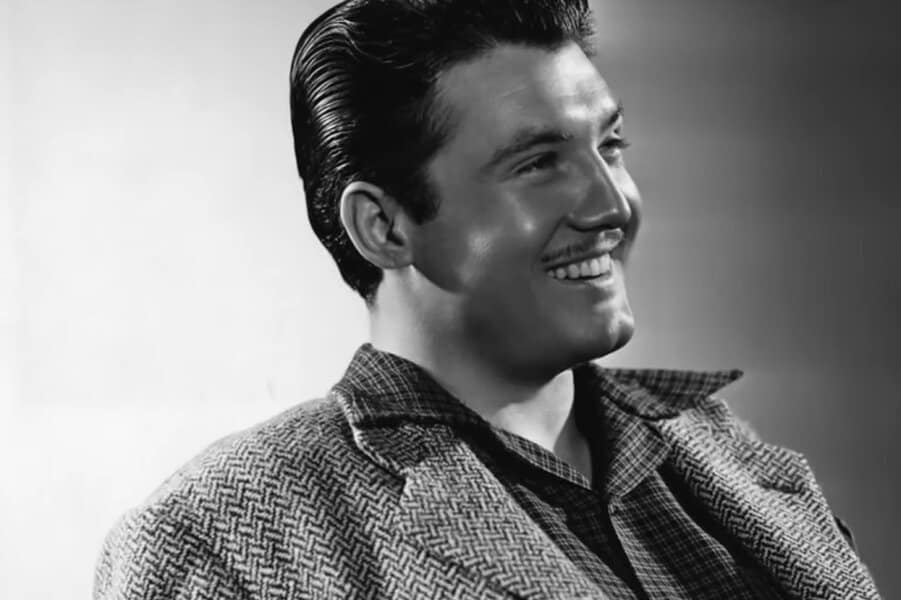 The Life and Sad Ending/YouTube

Movie and TV Show: Superman and the Mole Man and The Adventures of Superman

Looking for a bit more star power, George Reeces got the nod to take over from Kirk Alyn in 1951s Superman and the Mole Man. With his Hollywood looks and padded resume (he appeared in Gone With the Wind), Reeves was the ideal Superman for the times. The movie finds Clark Kent and Lois Lane reporting on the drilling of the world’s deepest oil well. When the drilling disturbs a curious race of bald humanoids, Superman must intervene to stop the townsfolk from killing them.

The movie is nothing to write home about, but Reeves puts in a stellar performance as the Kryptonite-weary superhero. Reeves also played Superman in the TV series The Adventures of Superman, starring in 104 episodes across six seasons. The series focuses on Superman battling all manner of criminals, although none of his major adversaries appear. Clark Kent also gets more of a look in during the early episodes.

Sadly the show ended when Reeves was killed by a single gunshot to the head. His death was ruled a suicide but many theories abound that he was murdered. It would be 27 years until another actor played Superman. 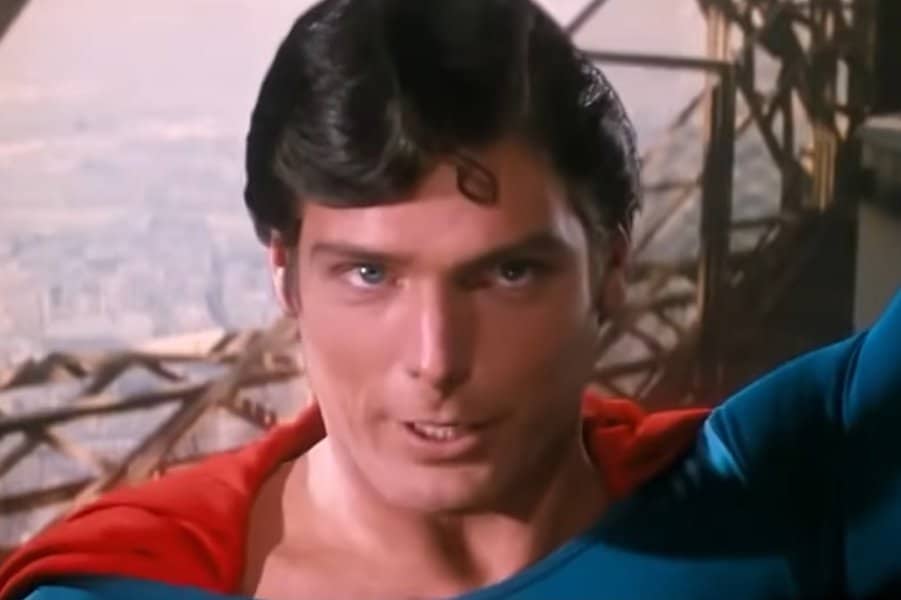 When most people think of the original on-screen Superman, Christopher Reeve is the name that comes to mind. The strapping actor played the Last Son of Krypton in four movies and was seemingly born to play the role. The first film, Superman: The Movie, is a cinematic classic that stands as arguably the best Superman movie ever made. With a screenplay by Mario Puzo – fresh from the success of The Godfather – and directed by Richard Donner, the movie made over $300 million at the box office and set the template for future Superman movies.

Reeve embodied the character’s spirit like no other and managed to give Clark Kent and Superman their own identities. The chemistry between Reeve and Margot Kidder (Lois Lane) was palpable and it’s enjoyable watching the two act together. While Superman II was a worthy sequel, the third and fourth movies failed to capture the magic of the original and struggled both critically and commercially.

Despite the success, Reeve preferred working on small movies and returned to the theatre before a horse riding accident in 1995 left him paralyzed from the shoulders down. Not one to let life pass him by, Reeve continued to work in the entertainment industry, wrote two books, and started the Christopher and Dana Reeve Foundation. He passed away in 2004. 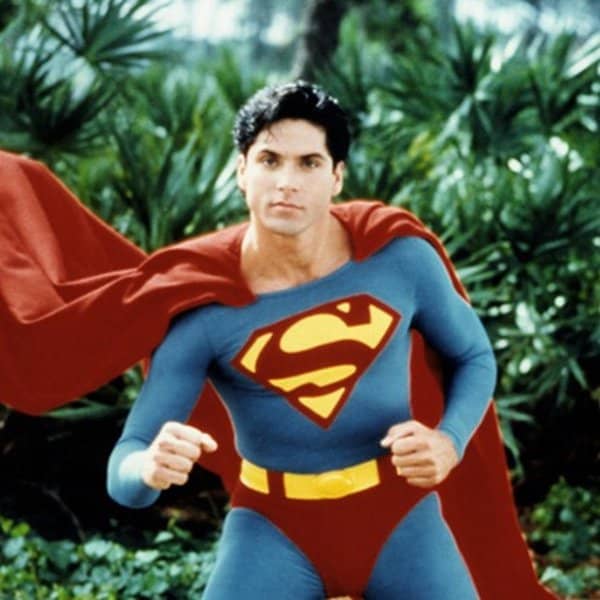 TV Show: The Adventures of Superboy

Cheap with low production values, the show ditched Newton for Gerard Christopher in season two and upped the budget. By the time the show came to a close, Kent was working at the Daily Planet and going toe to toe with his nemesis Lex Luthor.

Christopher played Superman close to Reeve’s version, with Kent clumsy and Superman confident. The show was fairly well-received but only lasted four seasons when Warner Bros and DC Comics decided to go in another direction, coming up with Lois & Clark: The New Adventures of Superman. Christopher auditioned and got the role, but when producers found out he had already played Superman, he was axed in favor of Dean Cain.

See more about - All 8 Actors Who Played James Bond 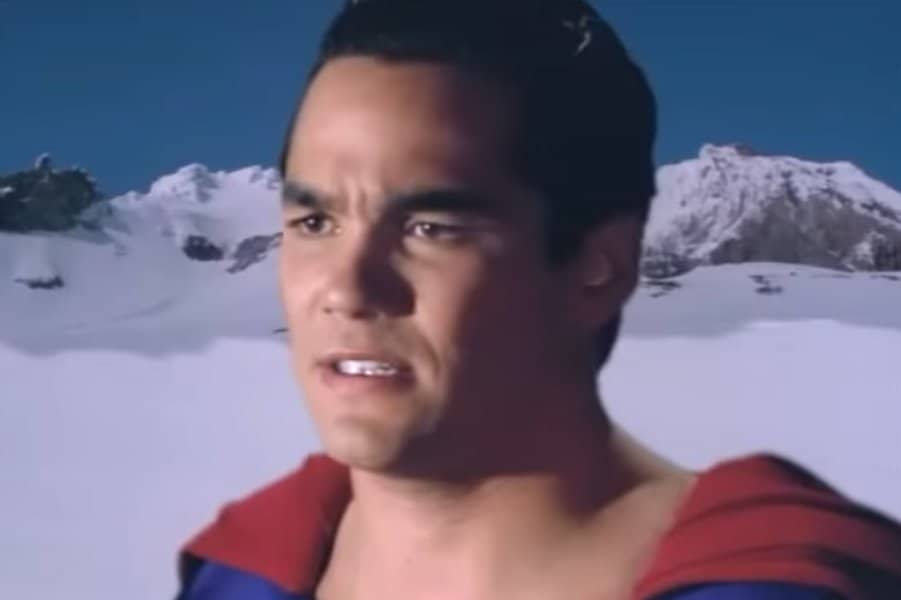 The 90s was a glorious time for Superman.  After years without The Last Son of Kryptonite appearing in live-action form, ABC decided to revive Superman with the hit series Lois & Clark: The New Adventures of Superman. Starring Dean Cain as Superman and Teri Hatcher as Lois Lane, the show was another fresh take on the Superman legend that was focused on the relationship between Superman/Clark Kent and Lois Lane as much as it was about Superman battling bad guys.

It also flipped the script by making Kent the real Superman, with the costumed version acting as a mask to hide who he really was. Cain was perfectly cast as the crime-fighting reporter, wearing the traditional Superman costume, with Hatcher just as good as a gorgeous Lane who finds herself falling for both Kent and Superman.

The show only ran for four seasons but the first three averaged over 18 million views an episode, making Lois & Clark: The New Adventures of Superman a massive hit with comic book fans. Although the final season struggled, it was a fitting end to the series, although the cliffhanger ending with the mysterious baby left many people upset. 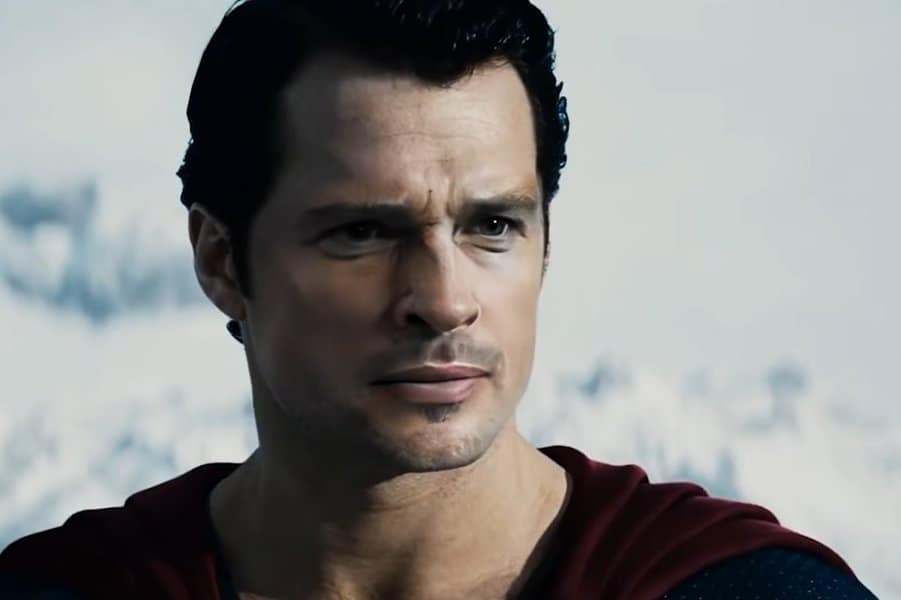 Smallville goes all the way back to the beginning, showing a young Clark Kent as he comes to terms with the superhero side of his personality. Tom Welling got the nod as Kent, who spends the first four seasons in high school striking up a friendship with Lex Luthor and falling for neighbor Lana Lang. Seasons five to ten focus on an adult Kent as he joins the Daily Planet and uses that as a cover for fighting crime as Superman.

The show revolutionized the character and gave Superman a new lease on life. Smallville was well-received by everyone and won numerous awards and is one of the longest-running science fiction series of all time. For his part, Tom Welling embraces Kal-El/Clark Kent/Superman’s weakness and struggles and makes him a much more relatable character. It’s great watching his journey from naive schoolboy to confident superhero ready to take down those who wish harm against his friends and family. 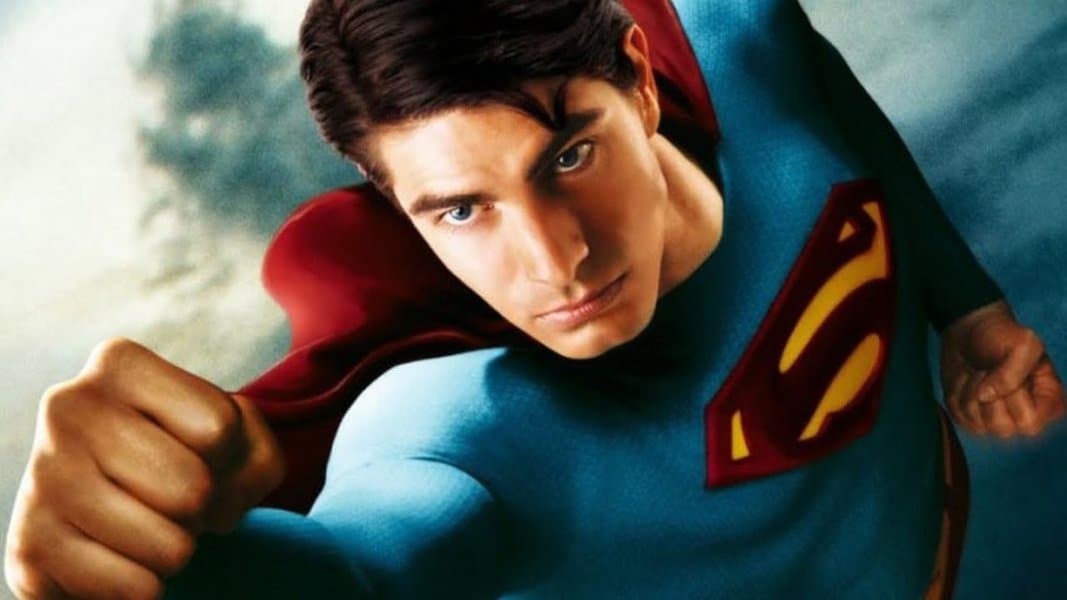 Just like Geroge Lazenbury with the James Bond franchise, Brandon Routh only got one shot at playing Superman. An unknown 24-year-old at the time he was cast by director Bryan Singer, Routh was soon thrust into the spotlight, and to be fair, he handled it well. His take on the character was also well-received by critics, who compared him favorably to Christoper Reeve, although not everyone felt that way.

Superman Returns discounts many of the plot points from previous films and acts as a sequel/reboot to the first two movies. After disappearing for five years, Superman returns to earth and finds Lois Lane with a fiance and a young child and Lex Luthor once again trying to take over the world. There is a lot of character development in this movie that allows Routh to flex his acting muscles, but the lack of action is disappointing.

While he was unceremoniously dumped from the role when Warner Bros and DC wanted to go in a different direction, Brandon Routh hasn’t left the superhero world completely. He plays Ray Palmer (The Atom) in Legends of Tomorrow and has cameoed in Arrowverse shows Arrow and The Flash. Routh even got the chance to revive his Superman in the Arrowverse crossover event “Crisis on Infinite Earths.” 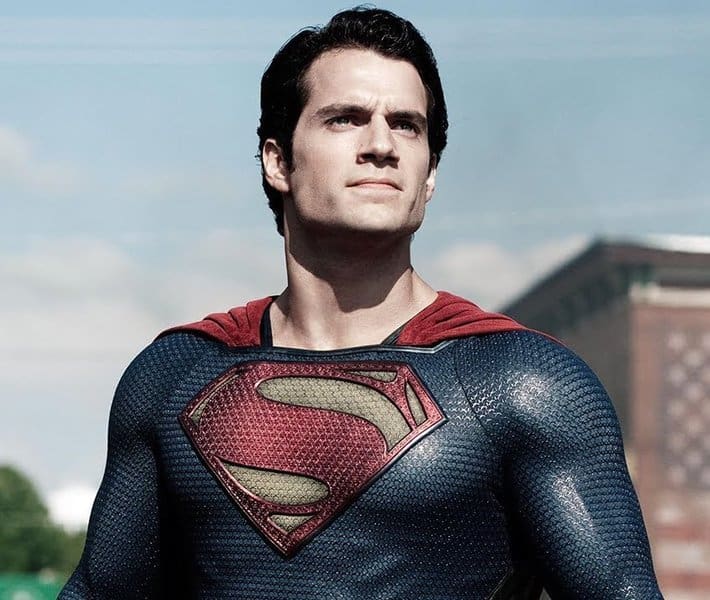 The favorite of many modern-day Superman fans, the dashing Henry Cavill has played the Caped Crusader in four films (three if you include the two Justice League variations as one). What makes Cavill such a great Superman is not only his handsome face, chiseled body, and charismatic personality, but Cavill’s gritty investment in the character. Just by watching him in the role, you can tell he really cares for the character, something backed up by interviews he has done discussing his love for Superman.

Cavill’s take on the character is much more emotional than any other actor’s, and he also spends more of his time as Kal-El than Clark Kent, giving fans a great look at the real Superman. A fan favorite, Warner Bros and DC also have a fair bit of faith in Cavill after it was announced he would be once again jumping into the blue and red suit for a brand new Superman movie. 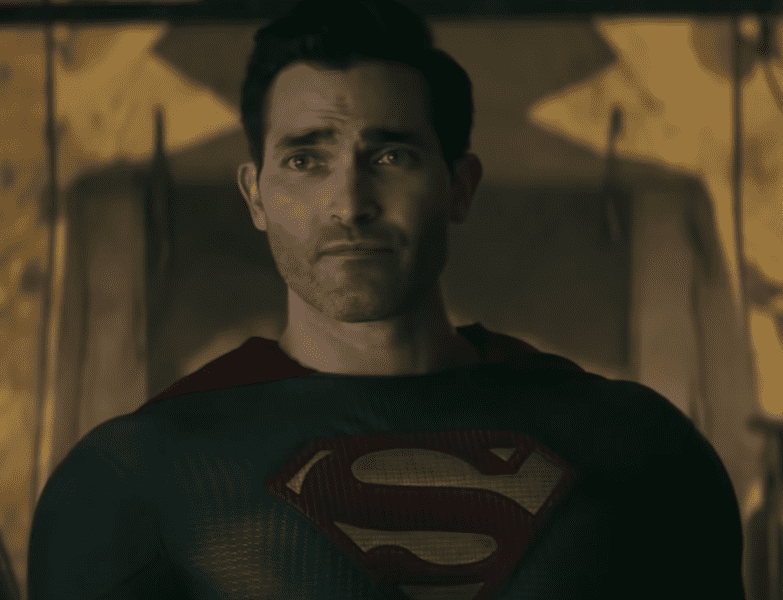 The most recent actor to don Superman’s cape is 7th Heaven and Teen Wolf star Tyle Hoechlin. He first played a young Kal-El in Supergirl, which is part of the Arrowverse. He then popped up in four other Arrowverse shows (The Flash, Arrow, Batwoman, and Legends of Tomorrow) before finally getting his own, Superman & Lois.

The series is set in an alternate DC universe and finds Clark Kent, Lois Lane, and their two children, Jonathan and Jordan, returning to Smallville to live out their lives. It’s an interesting take on the Superman mythology, with Hoechlin a more than capable Superman, with his movie star good looks reminiscent of Christopher Reeve.

With the series getting rave reviews, high viewership, and having recently been renewed for a third season, Hoechlin is here to stay as your small-screen Superman.

See more about - All 8 Actors Who Played James Bond