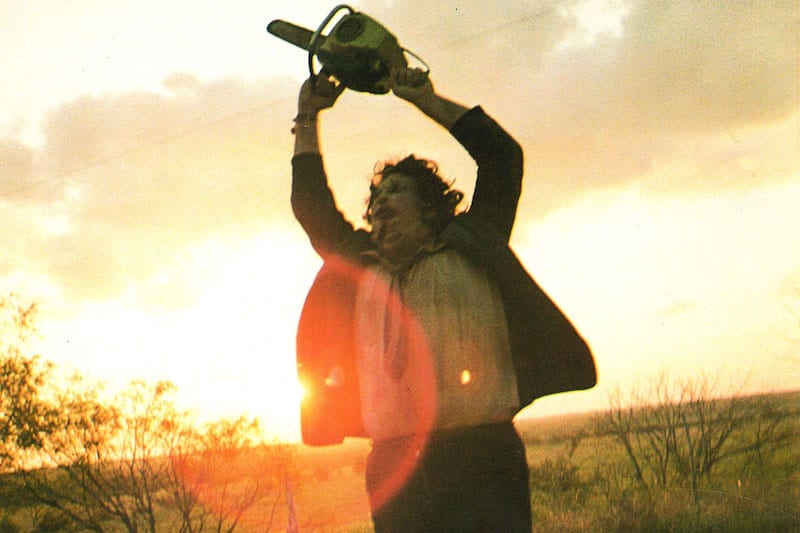 Film is one art form that continues to push the boundaries. Throughout the history of cinema, directors have crafted disturbing and creepy movies that have audiences grimacing at what they see on the screen. Many of these movies deal with disturbing themes while others are gory and violent and will have you getting squeamish. They also cross the line of what is considered decent and cause the censors to step in. Many of these flicks are horrors, with the list of banned horror movies making for interesting reading.

Each nation has its own regulatory board when it comes to deciding what movies are allowed to be released, meaning there are movies that can be seen in some countries and not in others. Usually, the board will ask the studio to cut certain scenes so the film can get an acceptable rating. But sometimes what is seen on the screen is too much and a country will come down hard on a film and ban it. This is often the case for horror movies.

Anyone who is a horror fan knows that this genre of film is not just about scary monsters and serial killers. The horror genre has been defined by gory movies full of blood and guts that even the most headstrong person can watch and feel disgusted. While these types of horrors are still released frequently, many throughout the decades have been banned. These horror movies are the worst of the worst, with some still banned to this day. So read on if you want to find out the worst video nasties that have been banned around the world. 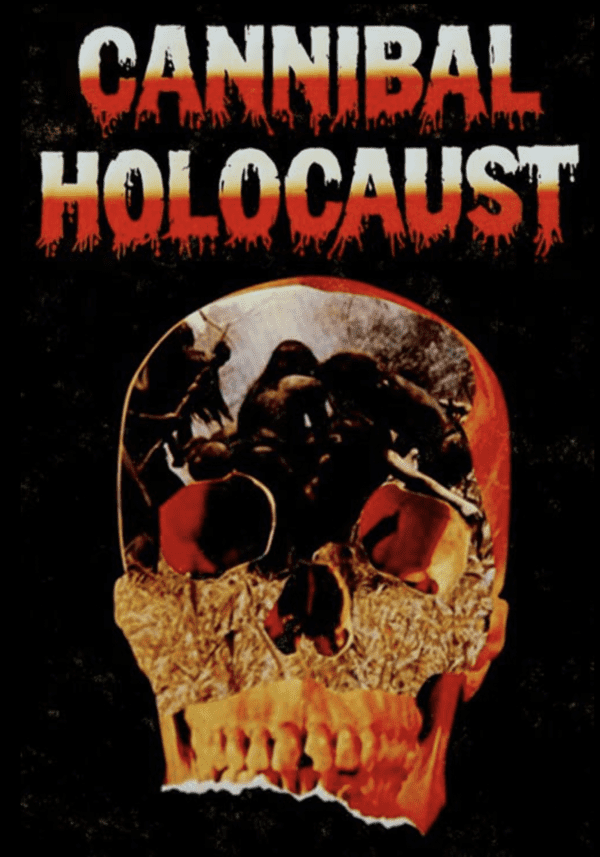 The most famous banned movie of all time, Cannibal Holocaust is a found footage horror that will leave you shook. The Italian horror is about an American anthropologist, Harold Monroe, heading into the depths of the Amazon jungle in search of a film crew who has disappeared. All Monroe finds is the footage shot by the crew, which is disturbing, to say the least.

Rape, genital mutilation, beheadings, and amputations are just some of the gory activities that occur in this fright fest. It also features the killing of actual animals, which is a big no-no when it comes to filmmaking. At its Italian premiere, the film caused quite a stir, with local authorities tasked with seizing the movie and director Ruggero Deodato arrested on obscenity charges.

While the charges were dropped, Cannibal Holocaust was banned in numerous countries, including Italy, Australia, Iceland, and the United States. Many of these countries eventually allowed the movie to be shown, with Australia releasing it in 2005, Not New Zealand though, who continue to uphold the ban. While it divides critics up until this very day, the movie has a cult following amongst horror fans who consider it a lost gem.

The title alone gives you pause for thought. I Spit on Your Grave is a 70s horror dealing with violence and rape that caused much controversy. It’s your basic revenge thriller, except the victim is a young woman who you see being gang-raped by four men. She then exacts revenge against them in the most violent and gruesome ways.

What got people angry about this flick is the rape scene, which lasts for close to 30 minutes. The violence is also over the top, with I Spit on Your Grave labeled a “video nasty” in the United Kingdom and banned from having a cinematic release. While it is available now, it still has two minutes and 54 seconds cut. Other countries that banned the movie, such as Australia, New Zealand, and Norway, now have it for sale, although Ireland continues to uphold its ban.

It’s no surprise the movie has been banned in a slew of countries around the world, including the Philippines, Australia, Spain, and would you believe it, New Zealand. Surprisingly the reviews for the movie have not all been negative, with some praising the direction and cinematography, although the actual storyline has been widely condemned. This is one of the most disturbing movies of all time and not one we recommend.

One of the great horrors is a surreal trip with a cannibal serial killer who wears his victim’s faces as masks. A group of kids heads to Texas to visit an old homestead and find themselves falling prey to a family of cannibals. As a horror movie, The Texas Chainsaw Massacre is incredible and will have first-time viewers on the edge of their seats.

As well as being a big influence on the horror genre, The Texas Chainsaw Massacre was also banned in many countries soon after its release. It was banned in both the UK and Australia for many years before finally being approved, while it was also only available on the black market in Brazil, Finland, Singapore, and West Germany for a certain period of time.

Sam Raimi’s classic horror The Evil Dead found itself on the wrong side of the censors. Full of gore and graphic violence, the movie is about five college kids who spend a weekend at a cabin in the woods and just so happen to release a demon that terrorizes them. The British censor board was divided over the movie and cut several minutes from the original. It wasn’t until almost two decades later that the full cut was made available.

In America, the movie was given an X rating, which is normally reserved for pornographic films. In recent years it has been re-rated as NC-17, while some unrated cuts are still out there. The Evil Dead was banned in Finland, Ukraine, and Singapore, with some of the bans still being upheld today.

This is another one of those banned horror movies you can’t really understand why people want to watch in the first place. If you’re not familiar with this franchise, it’s basically about a scientist who sews people together, mouth to ass. Disgusting right? While the original was bad enough, the sequel took things to another level and contains some of the sickest things committed to film. As a result, The Human Centipede 2 found itself banned in Britain, with the British Board of Film Classification (BBFC) refusing to classify the movie.

This sparked outrage from the director who lambasted the BBC (who wrote an article about the film’s ban and revealed spoilers) in a statement that reads:

“Thank you BBFC for putting spoilers of my movie on your website and thank you for banning my film in this exceptional way. Apparently, I made an [sic] horrific horror film, but shouldn’t a good horror film be horrific? My dear people it is a fucking MOVIE. It is all fictional. Not real. It is all make-belief [sic]. It is art. Give people their own choice to watch it or not. If people can’t handle or like my movies they just don’t watch them. If people like my movies they have to be able to see it any time, anywhere also in the UK.”

The movie was eventually released, but with many cuts made to the original. Australia initially banned the movie but eventually relented, while it wasn’t even submitted to the New Zealand film board due to the reaction from Australian authorities.

While neither could be called more violent or gruesome than any of the other movies in the series, they somehow ended up banned in particular countries. Saw IV had to be cut in Spain and was given the dreaded X rating while also being banned outright in Thailand. The follow-up movie, Saw 3D – also known as Saw: The Final Chapter – wasn’t well received in Germany, where the classification board banned it.

Why these two installments in the series were banned is still unclear, but it seems any type of horror film with lots of blood and guts is under threat of being banned.

When it comes to banned horror films, it’s not hard to see why Salò, or the 120 Days of Sodom got banned. The final movie by Italian director Pier Paolo Pasolini is a disturbing journey that you only ever need to watch once. A group of wealthy citizens during the fascist Republic of Salò kidnaps a bunch of kids and subjects them to all sorts of horrors. Over a period of a couple of months, the teens are beaten, raped, sodomized, tortured – both mentally and physically – and murdered.

As you can imagine, the movie was banned in a host of countries, although it is now much more widely available. It wasn’t until the year 2000 that Salò, or the 120 Days of Sodom was released uncut in the UK. It was also banned in New Zealand until 2001 and in Australia until 2010.

The film was first cut, then completely banned in Germany, with anyone caught releasing the film punishable by the law. New Zealand also put a stop to the movie being released in 2007, but a year later an edited version was on the market for horror fans to enjoy.

The Exorcist is one of the best horror movies of all time. Directed by the great William Friedkin and based on the novel of the same name, the movie follows two priests, a veteran, and a newbie, who are brought in to perform an exorcism on a young girl. Despite the controversy the movie created, particularly the scene where the possessed girl masturbates with a crucifix, The Exorcist was a hit and became the first horror movie nominated for an Academy Award. While it did cause some viewers to faint and others to walk out of screenings, it also got banned in the UK.

Although released in cinemas and eventually on VHS in 1981, three years later it was submitted to the British Board of Film Classification, which went back on their original ruling and banned The Exorcist. It wasn’t until the movie was re-released in 1998 that it was once again looked at by the BBFC and finally given a general release in its uncut form.

This weird horror centers on two men who rape and kill women for their mother. If the plot is a little strange, the movie itself is bonkers, with plenty of violence and sexual abuse seen throughout. Mother’s Day was banned in the UK until 2015 and is still banned in Australia, where it was originally passed with an R 18+ rating in 1983 before being banned in 1985.

Interestingly enough, the movie was remade by Darren Lynn Bousman (the director behind a bunch of Saw movies) and is nowhere near as violent or sexually explicit, and just isn’t that good.

Even today, some 44 years after its release, some people believe the footage shot for Faces of Death is real. For those who aren’t aware, the mondo flick features people and animals being murdered, and while it may look real, it’s all fake. The footage is quite graphic and shows all sorts of deaths and murders with plenty of blood, guts, and mutilated body parts.

Faces of Death was banned in several countries, and to capitalize on this notoriety, was given the tagline “Banned in 46 Countries.” While 46 countries are certainly a stretch, the movie was banned in the UK, Australia, New Zealand, and Germany, although it is now available in most of those countries.