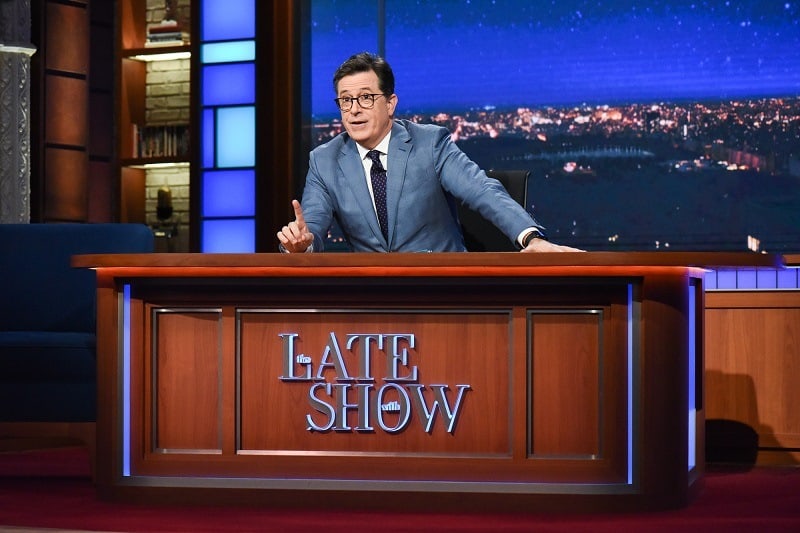 The 10 Best Late Night Show Hosts of All Time

The late night show has become a fundamental part of TV. With that, there have been many hosts over the years who have excelled in the role. They’ve mixed in humor and comedic wit with flawless hosting ability and great interviews.

But who is the king of the late night show? We’ve narrowed it down to 10 of the best ever in the business. Your favorite is sure to be here. These hosts make the difficult late night spot look effortless while constantly making us laugh.

We’ve got a mix of older legends along with newer kids on the block but let’s start with one of TVs greatest ever stars. 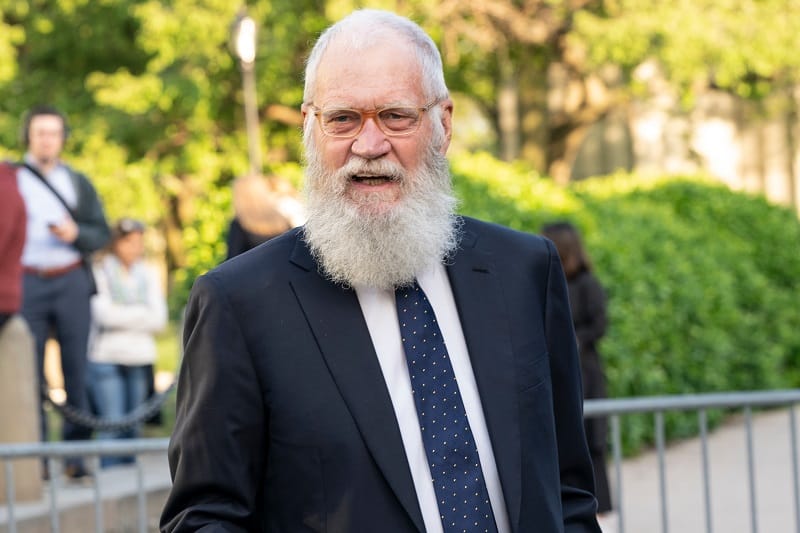 This late night host needs no introduction. Television would never be the same again after David Letterman starred on NBC’s Late Night with David Letterman. He was the captain of the show in the 80s and was following in the footsteps of his mentor Johnny Carson.

In 1992, many expected Letterman to take over from Carson on The Tonight Show after his retirement but instead, the gig went to Jay Leno. It was hugely controversial at the time and the drama was even made into a film called The Late Shift.

Letterman decided to head to CBS, hosting The Late Show with David Letterman right through to 2015. Think of how many times he has made you laugh with his gap-toothed self-mockery and charm.

He is bold, ironic, and yet has a mocking sense of humor. With his eccentric manner, he became immensely popular. Not only has his comedy inspired many comedians and other talk show hosts, but he is arguably the king of late night shows and had a massive impact on comedy. Letterman built on the format pioneered by Carson and took the late night presenting role to new heights. 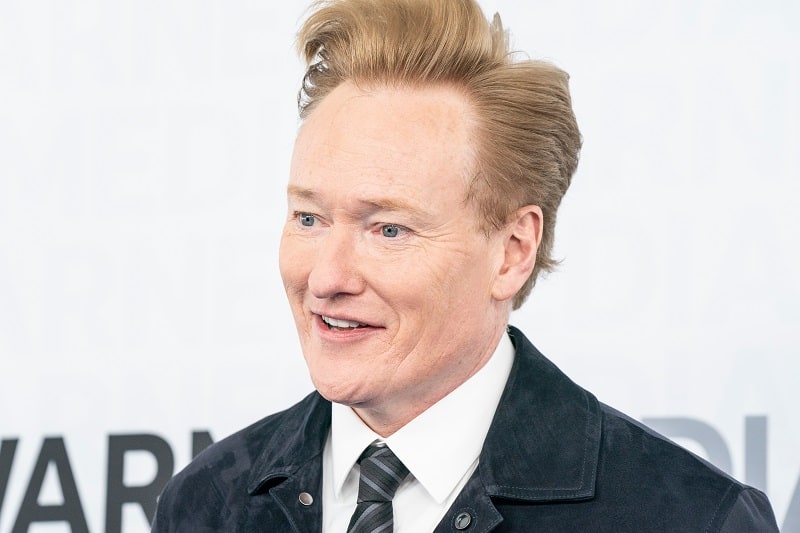 While a few people might not agree that Conan O’Brien is hysterically funny, many more people do. The tall redhead from Boston has immense comedic talent. His insults are not only biting but also hilarious. He jokes in a way that is never mean-spirited, and everything is in good humor.

Neither would he go too far, as he is always the ultimate butt of the joke. Compared to other lesser talk shows, his delivery was not predictable or boring. He knows how to make his guests welcome and is always brilliant at bringing them right out of their shells.

Conan is humble and hilarious with his sidekick Andy Richter. His career hasn’t always been plain sailing. Everyone remembers The Tonight Show disaster where Jay Leno handed over the franchise to Conan only to take it back. After this, he went to TBS and made the best of it with his comedy show Conan which ran for 11 years. 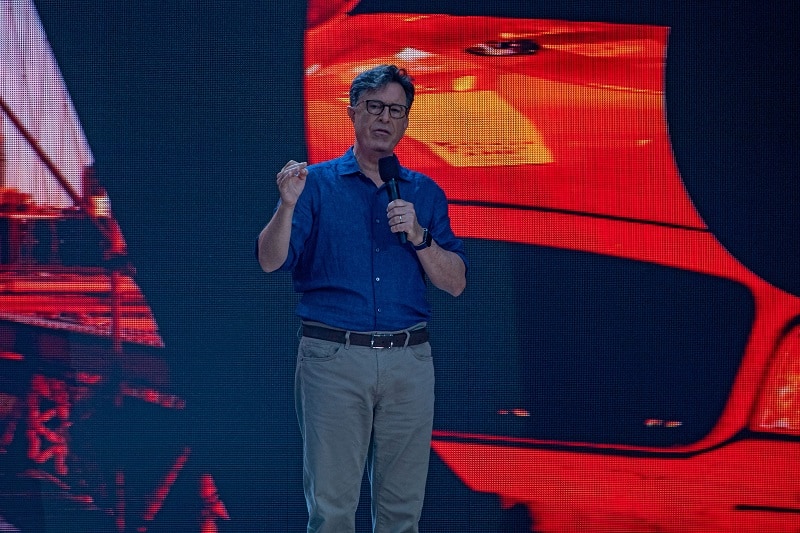 Many of the hosts on this list hosted more than one show. Very few of them actually can say their shows were much different from one another. There often isn’t much versatility and the formula remains the same.

He never broke his character, delivering hilarious comedy yet insightful nuggets of information seen nowhere else. The show became prevalent as a comedy program for many to watch late at night. Colbert is immensely talented in many aspects, such as acting and writing, but in the last few years, we’ve seen the best of him as a late night host. 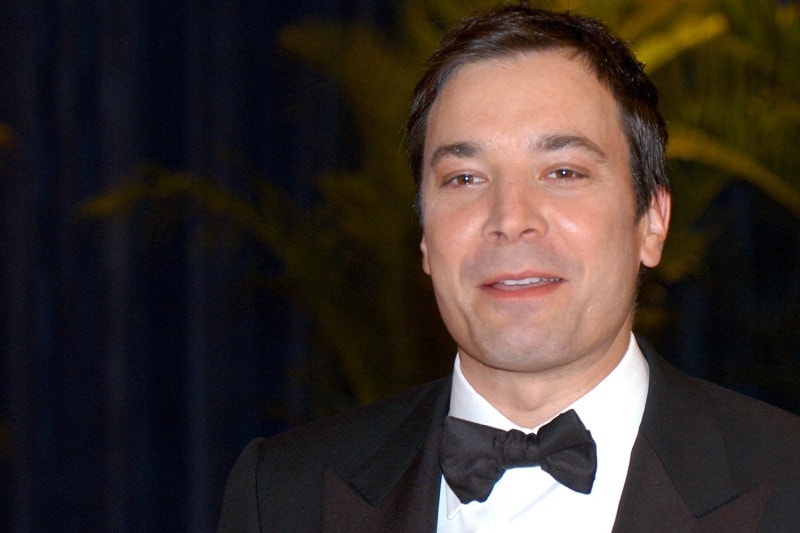 When Jimmy Fallon walked onto The Late Show as the new host in 2009, he was on fire with his grinning smile and hilarious charm. Many predicted him to fail but he would go on to prove his critics wrong. The show would go on to run for five years and was notable for being different from other late shows due to it being more fun-orientated with music, dance, and games.

His brilliant style of late night hosting would see him go on to take over from Jay Leno as the host of The Tonight Show. Again, he proved to be a hit and channeled the same vibe that he had on The Late Show.

He’s proved to be one of the greats with his boundless energy and endless fun. Many clips from the show have gone viral which shows his comedic appeal. He’ll be entertaining us for many years to come. 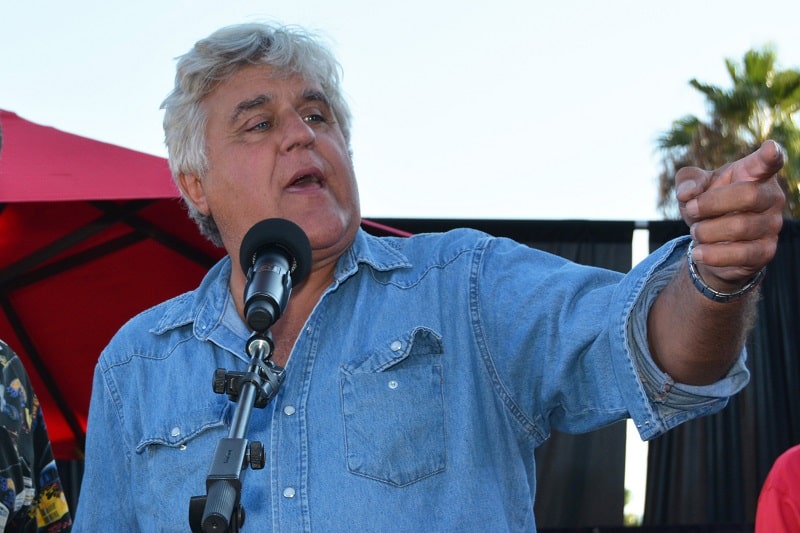 We’ve already mentioned the great man a couple of times and it’s obvious he was going to make this list!

The TV icon first hit the spotlight in the 80s as a stand-up comedian and would occasionally fill in for Johnny Carson on The Tonight Show. He took over from Carson when he retired when everyone was expecting it to go to David Letterman.

Letterman ended up having a great career with CBS but could never quite match the incredible ratings of Leno’s The Tonight Show. Leno had incredibly broad appeal and those high ratings would remain high until he decided to retire and hand over the reins to Conan O’Brien. Poor ratings and scheduling conflicts would end up seeing Leno return to host the show before Fallon eventually took over.

Leno is undoubtedly a legend and his battles with Letterman and O’Brien have also given us plenty of drama! 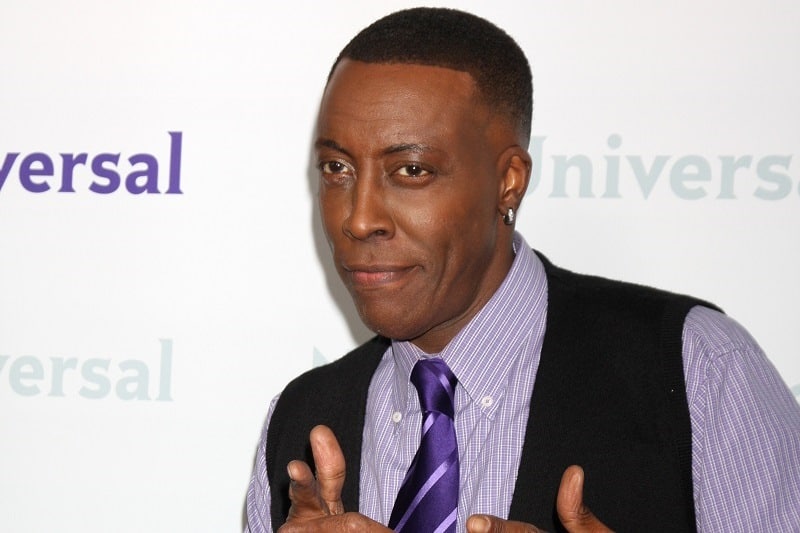 The Arsenio Hall Show ran brilliantly from 1989 to 1994 and had a brief reprise from 2013 to 2014. Despite not having the long runs of many of his contemporaries, Hall still produced many memorable moments. No moment was more iconic than the legendary saxophone-playing appearance of Bill Clinton in 1992.

The Arsenio Hall Show was popular with a topical touch and hilarious. The audience cheered instead of applauding and would pump their fists shouting, “woof, woof, and woof,” which was copied from Cleveland Browns’ fans.

It all added up to a show that was very different and had great appeal to younger audiences. He provided essential viewing for a few years, even if the time was short-lived, but left his mark on pop culture. While he didn’t have the longevity of others on this list, he left an indelible mark in the world of late night hosting. 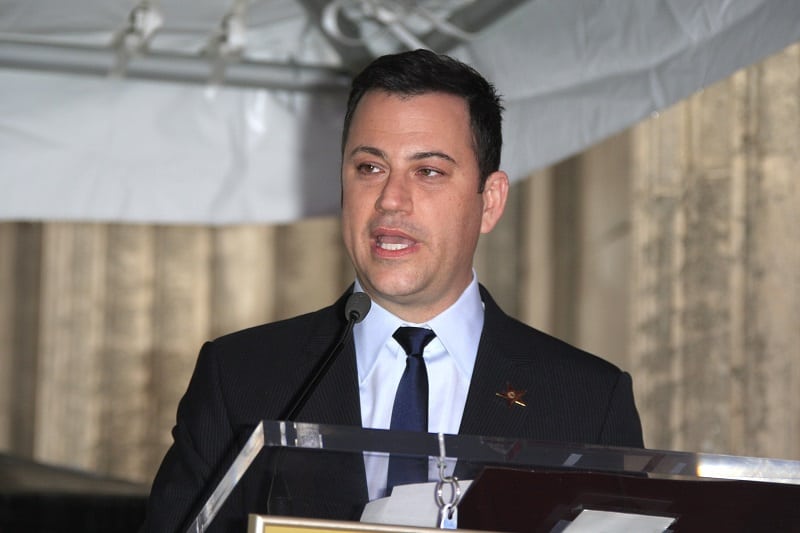 Jimmy Kimmel doesn’t have the same comedic flair as other late hosts such as O’Brien, nor does he have the energy and enthusiasm of a Fallon. What he does have is a very slick presenting style that’s inoffensive and easy-going. It’s clear that he’s loved by a wide demographic.

His Jimmy Kimmel! Live shows have remained a staple of ABC since 2003 with over 3,000 shows being aired. It has remained popular and instead of gimmicks and games, it often uses familiar segments and running jokes.

His shows are perfectly put together and it’s TV that you simply can’t dislike. He’s become a master of the art and cemented himself as one of the best last night hosts to ever do it. 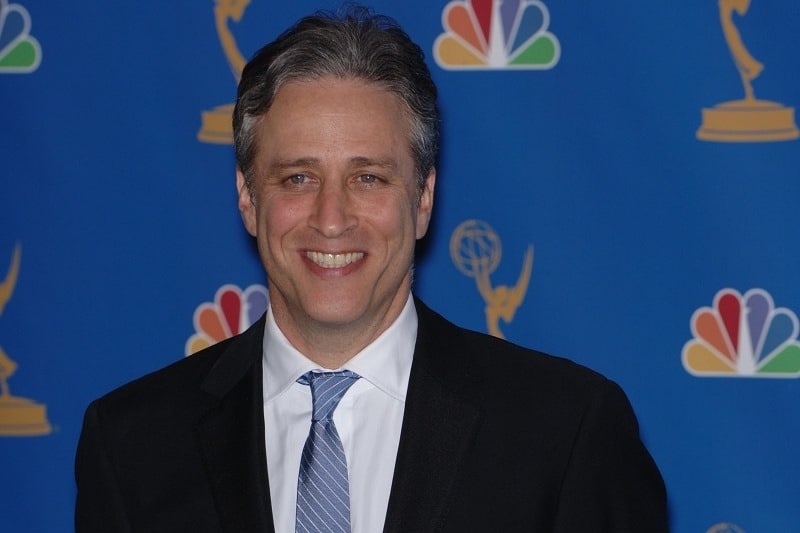 In many ways, Jon Stewart is the complete opposite of Jimmy Kimmel. Where Kimmel rarely gets political, Stewart was never afraid to let his viewers know what he thought of the Bush and Obama administrations.

He’s also naturally very funny and The Daily Show boomed under his stewardship. Fans of the show found his passion and rage a refreshing change from many other placid shows.

The show was also notable for being the TV debut of many great comedians. It helped to give them the exposure they needed as we saw the likes of Stephen Colbert and Steve Carell kick start their careers.

In 2015, he decided to exit the show and leave it in the capable hands of Trevor Noah. The show hasn’t quite had the same appeal since Stewart left despite Noah also being a great host. The comedic genius of Stewart was always going to be a tough act to follow. 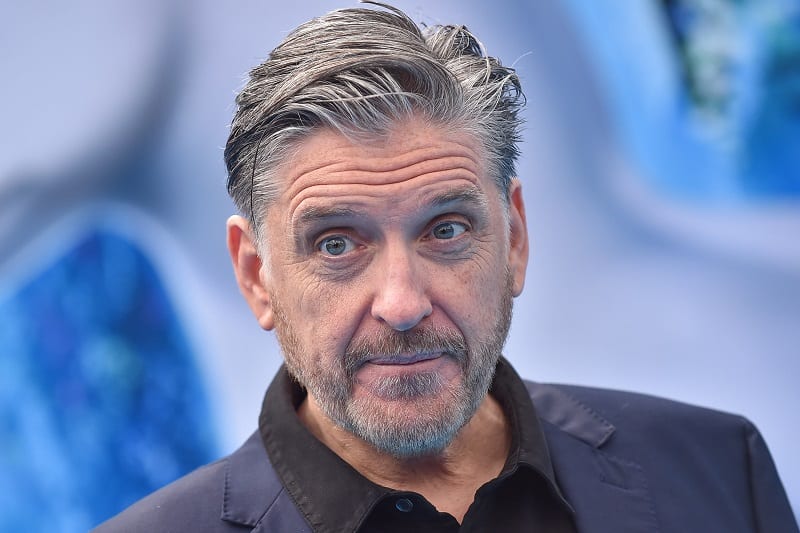 In many ways, Craig Ferguson was everything a late night host shouldn’t be, but due to his talent, it worked. There were no fancy gimmicks or house bands and the interviews he did were unscripted and rawer.

Instead, the show leaned heavily on his comedic ability. His wit meant that the lack of scripted staging was never a problem. He’s a man who could take any topic and make it hilarious.

He has to be respected for doing things differently. Ferguson also needs to be respected for never punching down in his comedy and not making fun of celebrities who were going through challenging times. His successor, James Corden, does the same but has since added a lot more standard late night elements to his show.

Ferguson was unique and people loved him for it. His show was never a ratings superhit but it had lasting popularity on its run of over 2,000 shows. 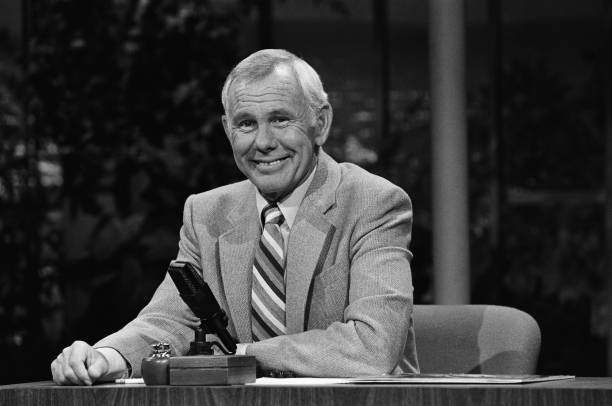 Last on the list of the best late night show hosts of all time is a man who laid the foundations for many to follow. He had good looks but was talented too, and many viewers were comfortable with him while watching the late-night shows. The Tonight Show reached new heights with ratings, as Carson’s performance became legendary.

He was a natural comedian, making him a huge hit. However, in 1979, he wanted out of the show and tried to get out of the contract. It became a year-long battle but finally, NBC and Carson resolved their issues to work out a new deal.

Carson would be the first to try many of the elements that we have come to expect from late night hosts. This includes the monologue and interview style which has become the format on many different shows.

The likes of a house band, games, and sidekicks were also first perfected on his show. There is a strong argument to say that he’s the greatest ever to do it not only because of his talent but also because he was such a trailblazer.

When it came time for him to retire, the network had to choose Letterman or Leno as his successor. He always saw Letterman as the man to take over the job but it wasn’t to be. Leno took over The Tonight Show, and Letterman was left furious and heartbroken. The rest is history.