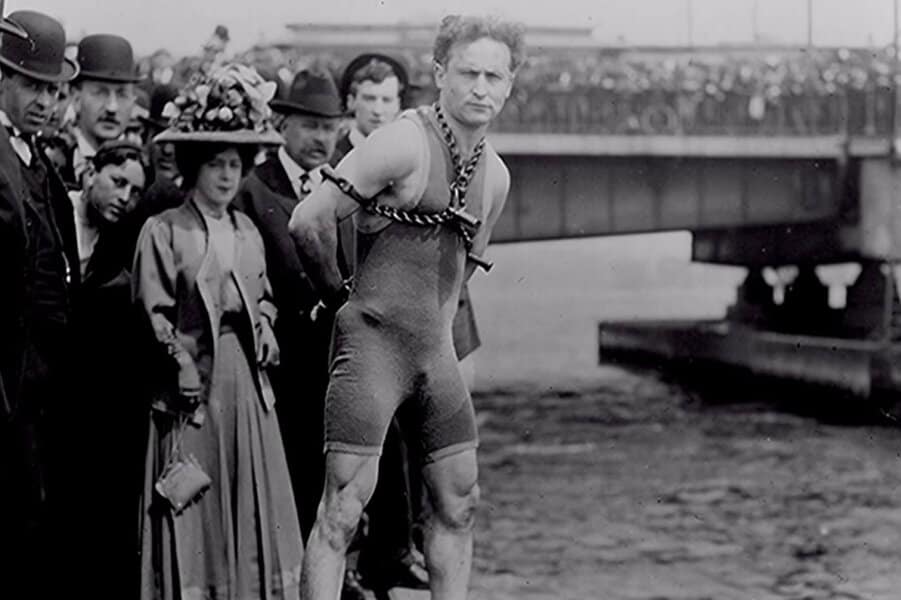 10 of the Most Famous Magicians the World Has Ever Seen

For centuries people have been amazed by magic (no, not Harry Potter magic but real magicians). Ever since the ancient Egyptian magician Dedi (who many believe is fictional) performed the first cup and balls trick in 2,700 BC, people have been in awe of magic. The Romans soon picked up the profession as it slowly spread across the world. It was during the 18th century when magic really became popular and magicians performed for money. These were the first famous magicians to make a successful career wowing audiences.

These days magic is well known throughout the world. Whether a simple card trick or a complicated illusion involving the disappearance of a world landmark, the general public is fascinated by what magicians can accomplish. Famous magicians continue to plying their trade, tricking and shocking audiences with their incredible feats.

Over this time there have been some amazing and famous magicians who have become as popular in their own right. These masters of illusion have had long and stored careers baffling audiences with their tricks. From the old-time legends to the modern stars, here are 10 of the most famous magicians the world has ever seen.

10 of the Most Famous Magicians the World Has Ever Seen 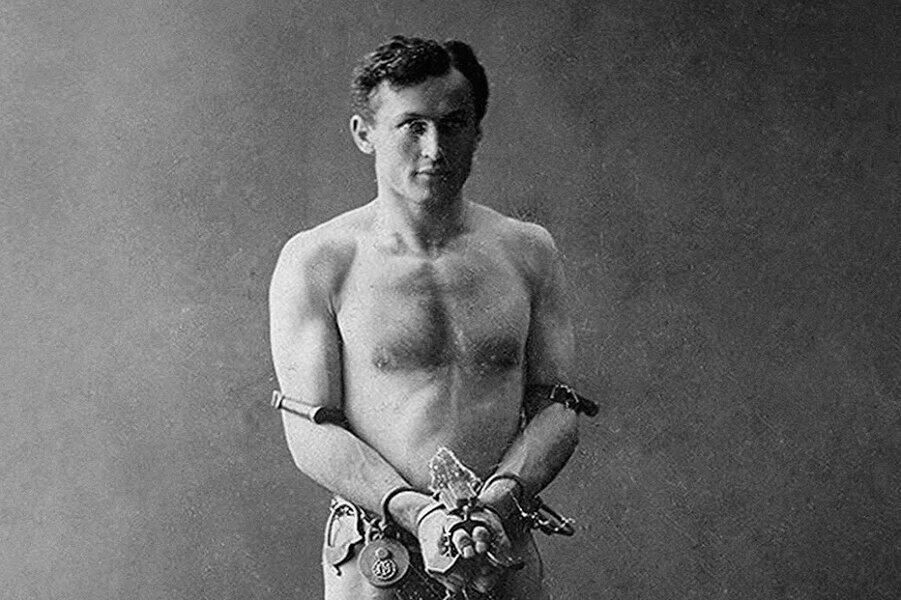 One of the most recognized illusionists and magicians ever to do it was the great Harry Houdini. While more of an escape artist, Houdini had a swag of tricks up his sleeves. Some of the Hungarian-American’s most notable tricks included escaping from straight jackets and handcuffs, being buried alive and making it to the surface, and escaping from a sealed crate that had been lowered into New York’s East River while wearing chains.

Along with magic, Houdini starred in several movies and was a keen aviator. He was also big on upholding the magician’s code and would often confront mediums and spiritualists and call them out for being frauds.

Harry Houdini’s long career came to an unfortunate end after he was repeatedly punched in the stomach by Jocelyn Gordon Whitehead. Trying to prove a point, Whitehead struck Houdini when he wasn’t ready. It’s believed the blows may have caused appendicitis. Later that night after his magic show Houdini fell ill and was rushed to hospital and diagnosed with appendicitis. He died shortly thereafter at the age of 52. 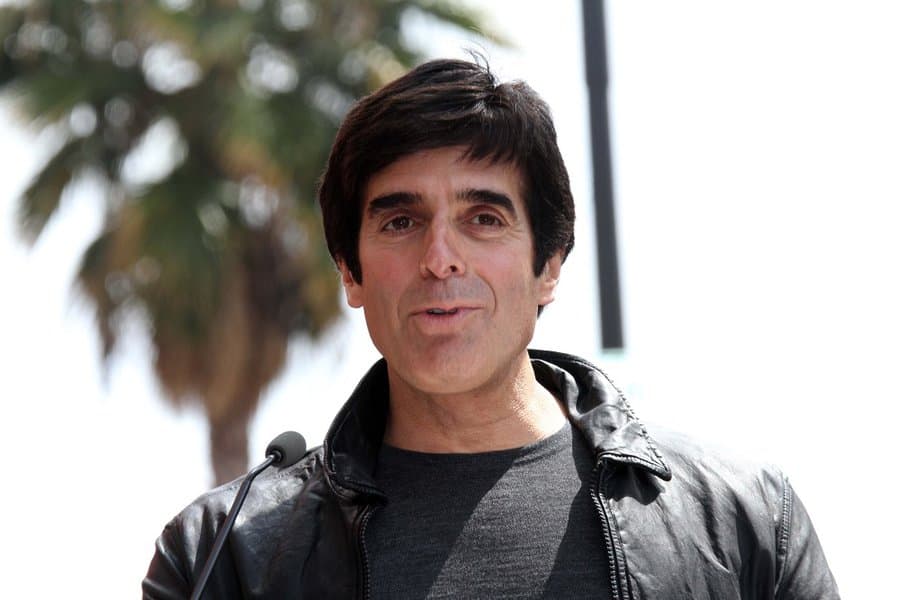 David Copperfield is arguably the most well-known magician and illusionist of modern times. He is responsible for some of the greatest tricks ever performed, specializing in illusions. This is the man who made the Statue of Liberty disappear, escaped from Alcatraz prison, and also walked through the Great Wall of China. Insane stuff.

David Copperfield holds a staggering 11 Guinness World Records, has won 21 Emmy Awards for his televised magic shows, and is in the top 20 highest-earning solo entertainers in the world. He has performed all over the globe and has a permanent residency at the MGM Grand Las Vegas where he dazzles audiences daily. American magician Howard Thurston first got into magic after running away and joining the circus as a young lad. Impressed by what he saw, Thurston sought out magician Alexander Herrmann to teach him everything he knew. Thurston became famous for his card tricks, with one of his most famous involving the magician asking people in the audience to choose cards from a deck of cards. The deck was then shuffled and placed into a clear glass. Thurston would then call out the cards each audience member had picked and they would rise to the top of the deck one by one.

Thurston was also famous for his “Levitation of Princess Karnac” illusion, whereby he would make a lady float in the air. He often performed with another magician, Harry Kellar, and continued to amaze audiences right up until his death in 1936. 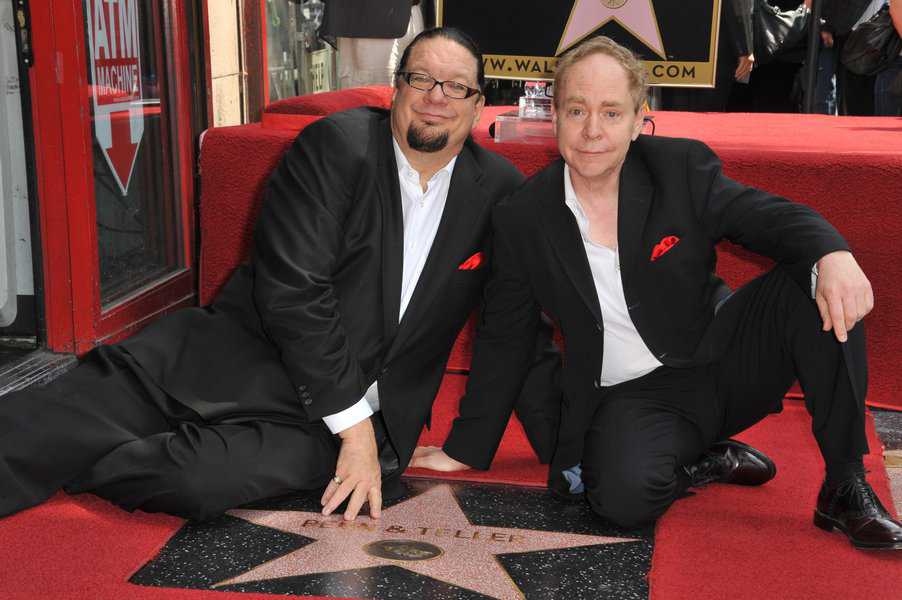 If you like a few laughs with your magic, these are the guys for you. Penn Jillette and Raymond Teller, under the stage name Penn & Teller, have been entertaining audiences since the 70s. Beginning life as a trio with fellow magician Wier Chrisemer, they soon found themselves as a duo after Chrisemer quit the business in 1981. Since then the two haven’t looked back.

The two are vastly different, with Penn a loudmouthed character and Teller a near-silent accomplice. They have performed all sorts of tricks over the years, but specialize in sleight of hand and card tricks, always spliced with humor. Penn & Teller are also known to break down how a trick works after performing it, only to continue the trick in a more elaborate and incredible way.

The duo has written numerous books and starred in countless TV specials, with Penn & Teller: Fool Us still going strong in its eighth season. They still perform regularly, and like all good magicians, have a show in Las Vegas at the Rio All-Suite Hotel & Casino. 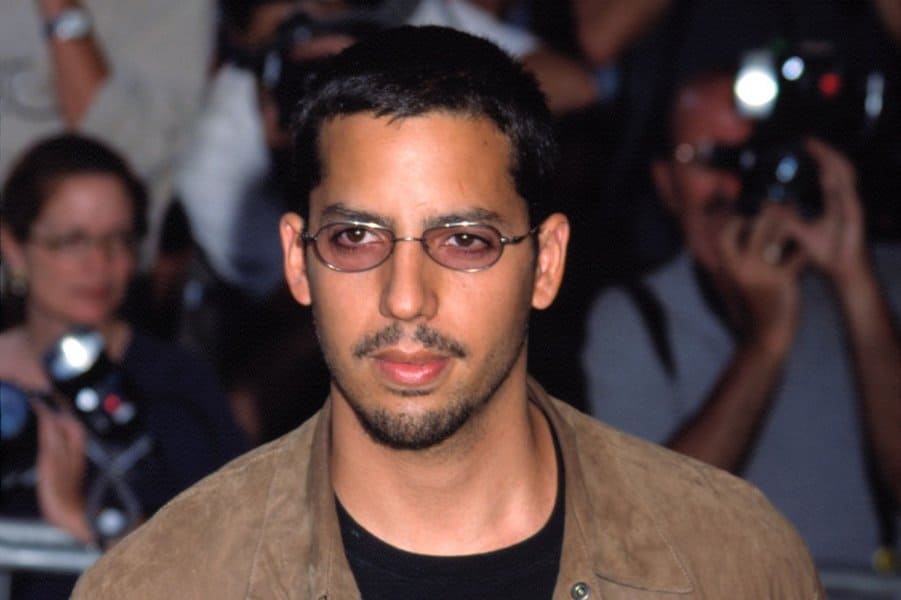 David Blaine is one interesting dude who also happens to be a famous magician. Unlike many of his contemporaries, Blaine is very low-key when it comes to his performances, preferring to let his tricks do the talking. And boy does he impress with the magic he creates.

Blaine is responsible for some incredibly dangerous tricks that come with great risks. He’s been buried alive, trapped in a frozen tomb for almost three days, and even captured a bullet with his teeth. But his most infamous stunt involved living inside a Plexiglass box suspended 30 meters above the ground for over a month.

A webcam was installed in the box so people could watch live while anyone walking past the south bank of the River Thames in London could have a view of the stunt. Blaine was on the verge of starvation when he exited the box, with the magician only allowed to drink 1.2 gallons of water per day.

David Blaine is kicking off his first-ever Las Vegas residency this September where he is sure to stun audiences on a regular basis. 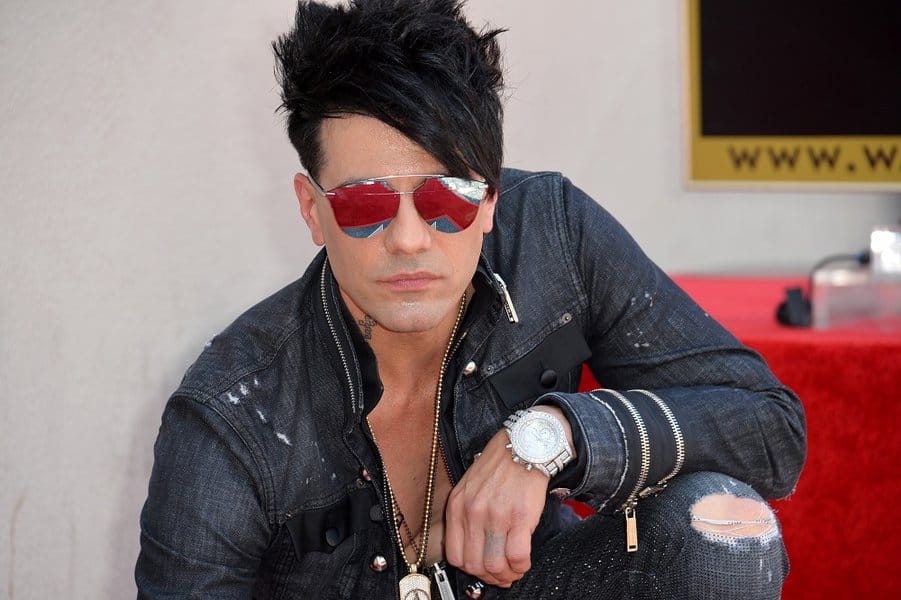 American illusionist Criss Angel is best known for his television and stage show Criss Angel Mindfreak. The reality TV series shows Angel performing magic tricks on the street along with big set pieces where he showcases his illusionist skills. Angel is a bit more of a rockstar than a magician, with his live performances featuring dancers, loud music, and plenty of crowd participation.

While his arrogant personality and love of the limelight aren’t for everyone, there is no doubting Angel is one of the greats. Even the International Magicians Society thinks he’s the real deal, awarding Angel the Magician of the Century in 2010.

Angel does everything from simple card tricks and disappearing acts to spontaneously combusting, walking on water, and cutting himself in half in front of his audience. His magic certainly isn’t for the faint-hearted, with many of his magic tricks bordering on horror shows, but that’s all part of the Criss Angel appeal. 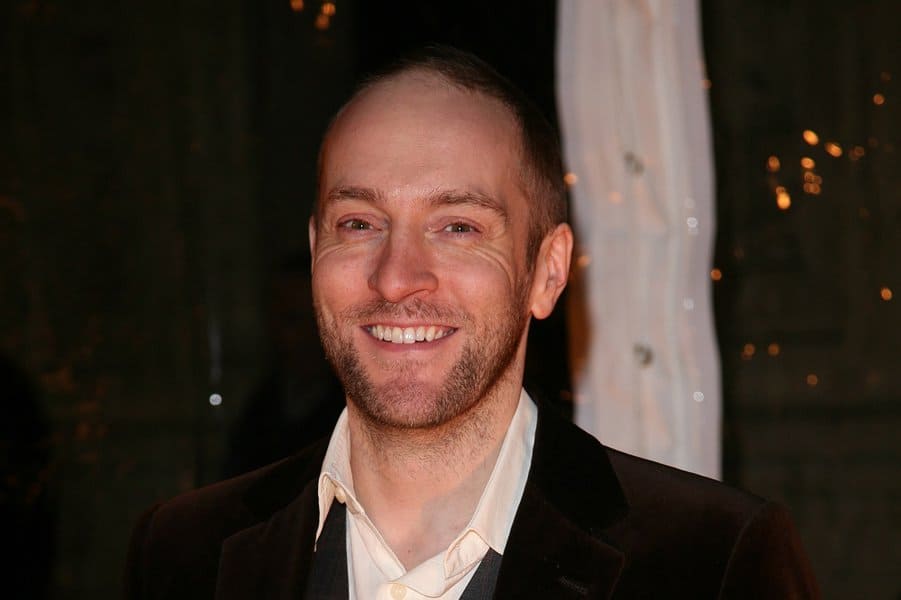 Hailing from London, Derren Brown is an illusionist and mentalist who’s been performing for three decades. Similar to Houdini, Brown isn’t a fan of mediums and those who claim to have special powers. He often uses his magic to expose these types of people, suggesting he uses “magic, suggestion, psychology, misdirection, and showmanship” to beguile his audiences.

Brown first came to the attention of people with his 2000 show Derren Brown: Mind Control. Over the next decade, he featured in ten different TV series and multiple specials. While he hasn’t been on TV for several years (his last special was Sacrifice for Netflix in 2018), he continues to tour his stage show around the world.

It hasn’t all been smooth sailing for Brown, with many of his modern magic tricks creating controversy. Two, in particular, Russian Roulette and Seance, received many complaints and were deemed in bad taste by many. That hasn’t stopped Brown from continuing to push the boundaries of the magical arts. 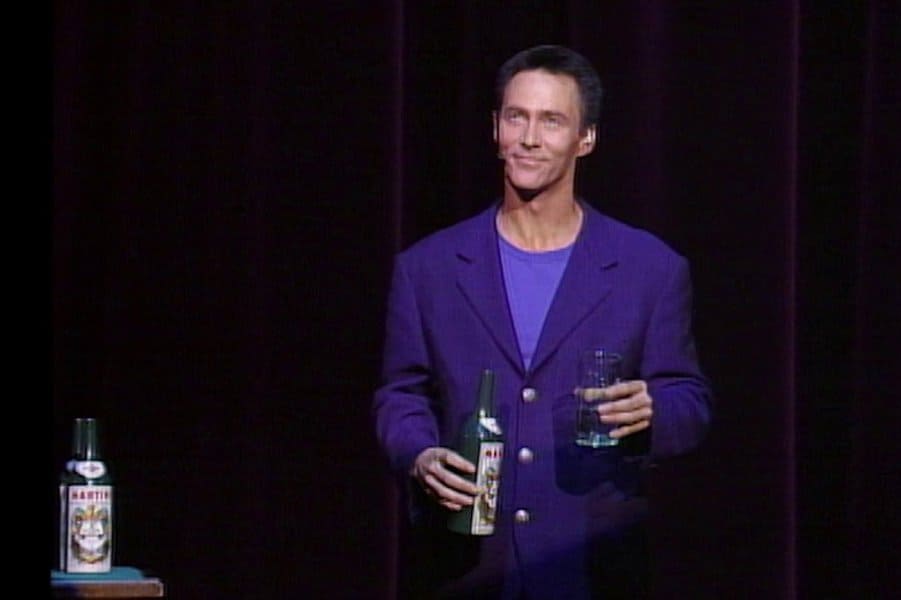 Famous magician Lance Burton is now retired, but throughout his glittering career, he was one of the most respected magicians in the game. Burton got into magic at the age of five and quickly decided that was what he wanted to do as an adult. First performing for his neighbors, established magician Harry Collins took Burton under his wing and mentored him.

It wasn’t long before Burton was running his own show and performing on The Tonight Show with Johnny Carson. He got offered a short-term residency in Las Vegas that turned into a nine-year contract. Throughout the 80s Burton was a mainstay on television screens, appearing in his own specials and on countless other programs.

Well respected by the magician fraternity (he was twice voted the “Magician of the Year” by the The Academy of Magical Arts), Burton performed over 15,000 shows in Las Vegas before putting down his magic wand for good in 2010. 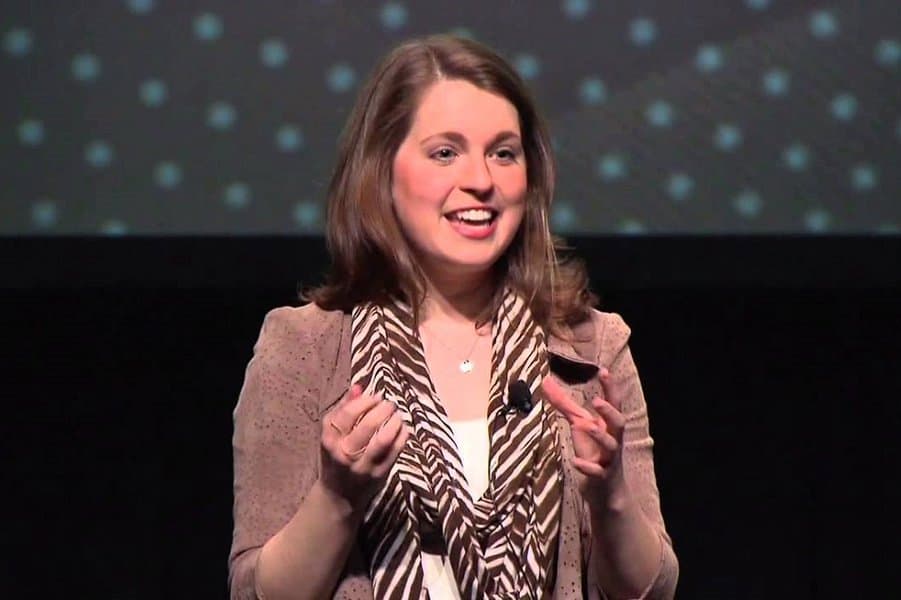 When most people think of famous magicians, it’s names like Houdini, Copperfield, Ricky Jay, or Doug Henning that come to mind. It’s not often a female magician comes to mind. Well, that should no longer be the case with women like Jen Kramer strutting their stuff. An accomplished magician who was named “Female Magician of the Year” by the International Magicians Society, Kramer is one of the unsung heroes of the profession.

Her Las Vegas show at the Westgate Resort & Casino is a thrilling experience where Kramer amazes with her mind-boggling magic, whether she’s turning a $1 bill into a $100 bill or making you second guess yourself with her array of card tricks. 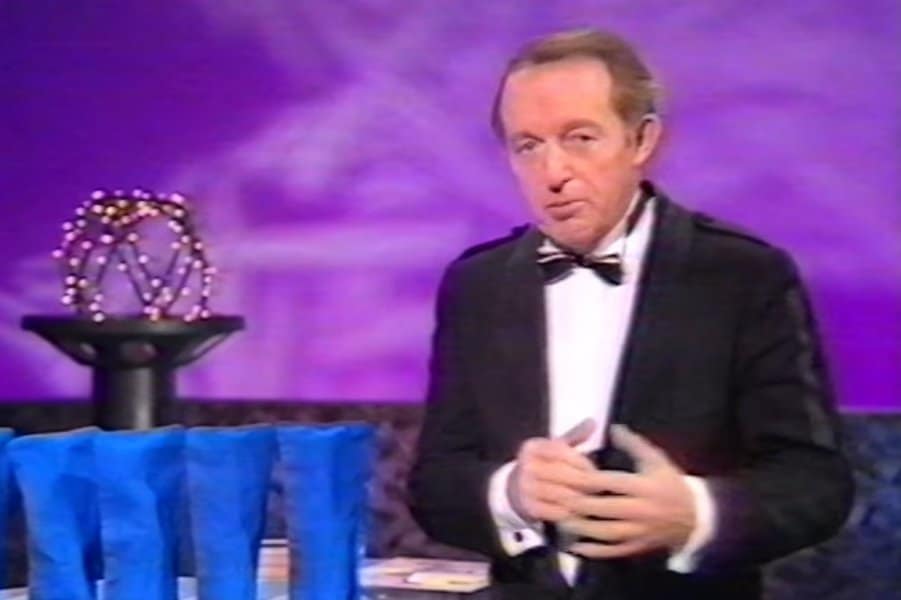 If you’re British then you’ll know all about Paul Daniels. The much-loved magician was the presenter and star of the hit BBC series The Paul Daniels Magic Show. So popular was the show that it ran from 1979 to 1994. Remembered for his famous catchphrase, “You’ll like this… not a lot, but you’ll like it!” Daniels was the first magician outside of the United States to win the coveted “Magician of the Year” Award by the Academy of Magical Arts in 1982.

Paul Daniels had one of the most successful magic careers of any magician in the past 50 years. Fondly known as “The Godfather of Magic,” Daniels was a brilliant showman whose magic ranged from standard card tricks to more extravagant illusions, such as escaping from heavy chains.

After falling from a ladder, Daniels was found to have a brain tumor and passed just one month later at the age of 77, leaving behind a lifelong legacy.