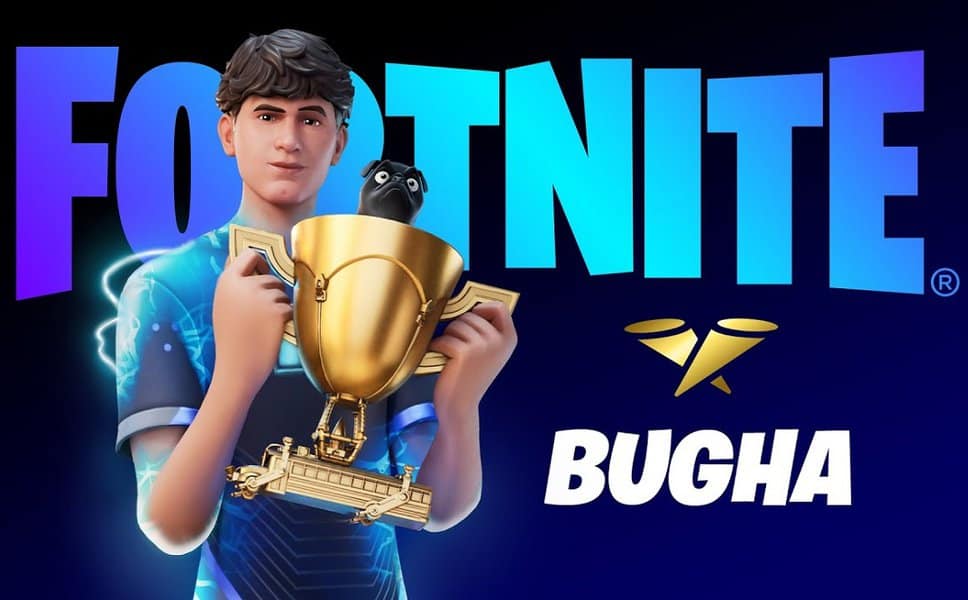 Fortnite Best Players: These Are the 15 Greatest in the World

Epic Games’ Fortnite was an overnight success and has become a cultural phenomenon. Every year millions of people get on their Xbox One, PlayStation, or PC to play the beloved online game. Fornite features several modes, including the ultra-popular Battle Royale. Fortnite became so popular that it’s also an eSport. The cherished eSport brings players from around the globe to play competitive Fortnite. The players are highly skilled and determined to be world champions. They take the game as seriously as a footballer in the World Cup. As a matter of fact, Fortnite players have their own world cup dubbed the Fornite World Cup. Of course, only the Fortnite best players can qualify for this elite event.

The Fortnite players are the very best in the world. They play at the highest level and dedicate their lives to the eSport. Indeed, the best Fortnite players can make a decent living out of playing the game. They’re genuinely Fornite’s best players.

Fortnite Best Players: These Are the 15 Greatest in the World 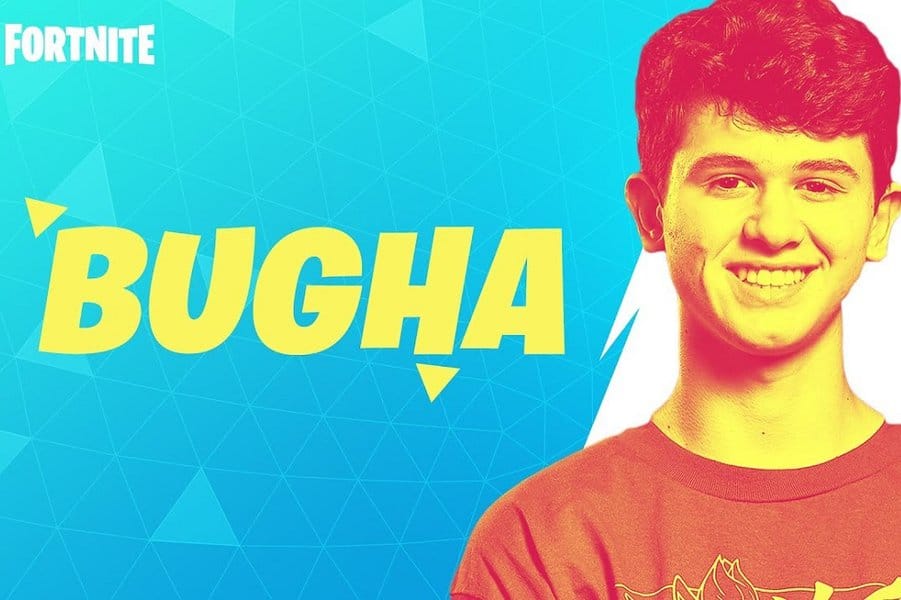 Kyle Giersdorf, better known as Bugha, is arguably the greatest Fornite pro player to press the start button. In 2019, Bugha made history by winning the first ever Fortnite World Cup. Bugha overcame 40 million other competitors to bring the prestigious World Cup to North America.

The win in the Fornite World Cup finals cemented Bugha as the greatest of all time. Plus, the victory made him the highest-earning Fortnite player that year.

Bugha also gained a ton of media exposure with appearances on the Tonight Show starring Jimmy Fallon and The Today Show. He also racked up wins in the Fornite Championship Series and the Grand Royale. 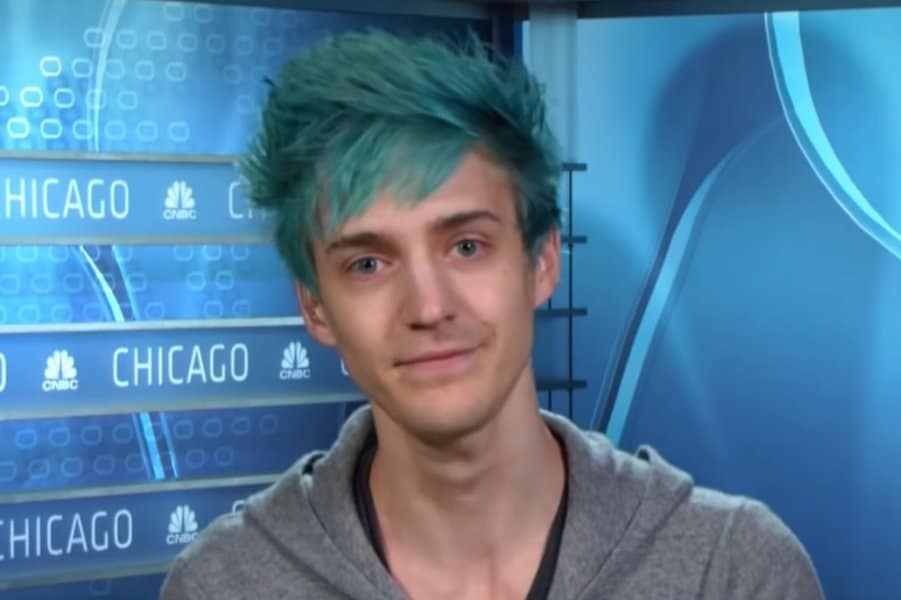 Fortnite and Ninja’s popularity go hand in hand. It’s impossible to discuss competitive Fortnite without mentioning Tyler “Ninja” Blevins. He’s one of the most famous Fortnite players who broke into the mainstream.

Ninja first gained fame for playing Fornite: Battle Royale and developed a huge online following. He made significant headlines when he played Fortnite with celebrities Travis Scott, JuJu Smith-Schuster, and Drake. He also teamed up with Red Bull for several events.

Eventually, Ninja signed a very lucrative deal with Twitch. Later, he made history as the first eSports player to appear on the cover of ESPN The Magazine. He also appeared on Family Feud and The Masked Singer. 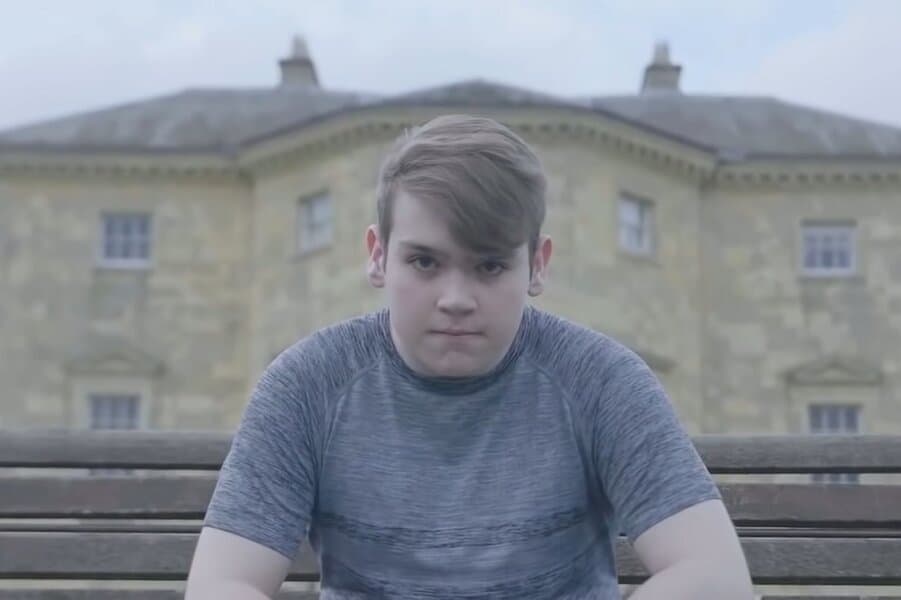 In 2018, Kyle Jackson made his Fortnite tournament debut at the young age of 13 years old. He went on to become one of the best Fortnite players. Of course, fans know Jackson as the unstoppable Fortnite player, Mongraal.

He’s had great success, including finishing 6th in the Fortnite World Cup and winning the European Luxe Cup. Mongraal quickly rose to the top of the European rankings and signed with FaZe Clan. He’s one of the best competitive Fortnite players to play the game. 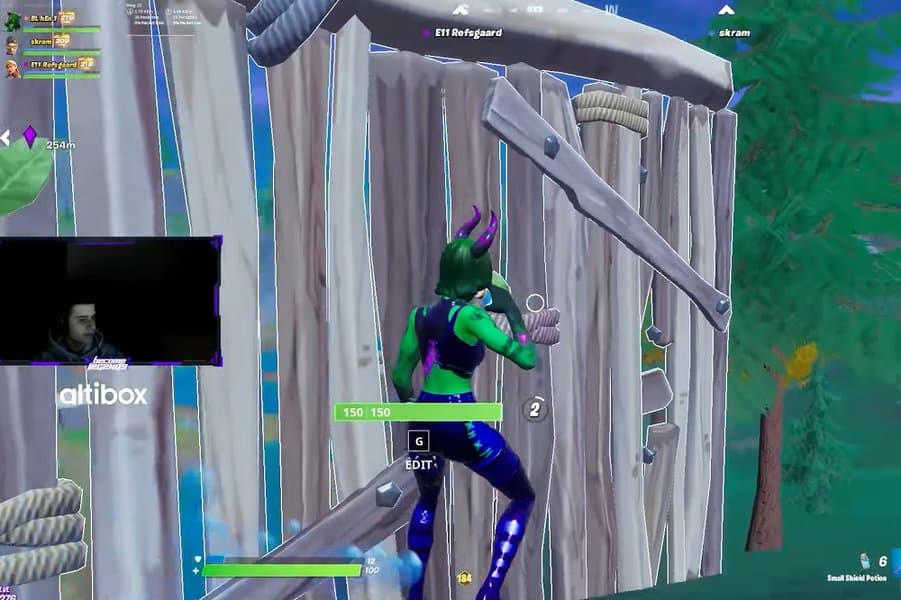 Fortnite’s incredible popularity has spread across the world. Indeed, a young Lithuanian Henrik “Hen” Mclean is one of the best pro players in the world. He currently plays for Guild eSports.

Hen’s one of the top players in Europe with victories in the Grand Royale and Chapter 3 Cash Cups. His biggest win was the Fortnite Championship Series Europe Grand Finals Chapter 2. He then had an awe-inspiring performance in the Fortnite World Cup tournament, finishing third. 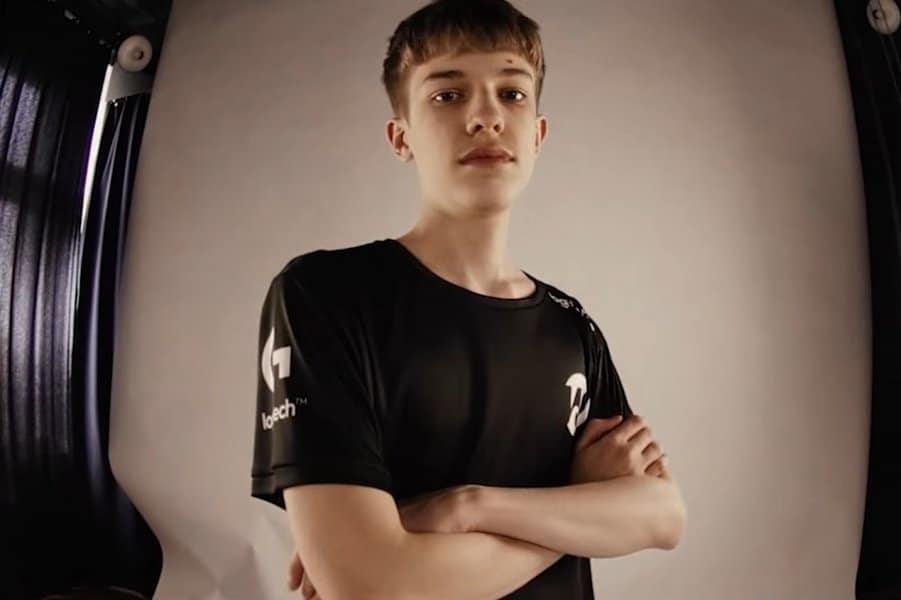 Competitive Fortnite has caught on worldwide. Indeed, several young players from various countries dominate Fortnite. A young kid from Germany, Jannis Matwin, aka JannisZ, is quickly becoming one of the best players in the world.

He’s already Europe’s top competitive Fortnite player, which is quite the accomplishment in that part of the world. JannisZ signed with Guild eSports and continues his dominance over his Fortnite competitors. For example, he won two Fortnite Championship Series in one year and the Chapter Two Season Invitational. JannisZ is continuing his rise to the top of the Fortnite world. 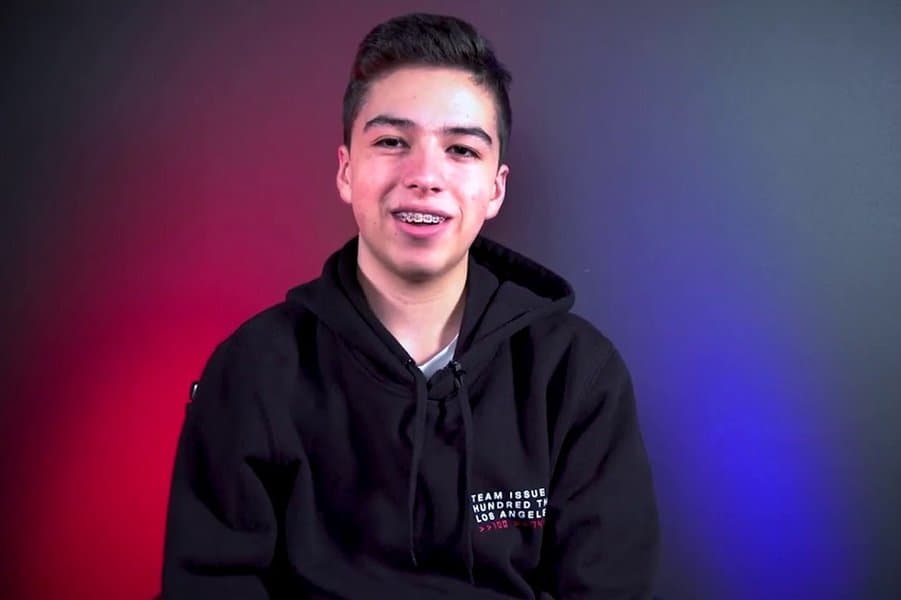 Some Fornite players are outstanding, and some are amazing. Then there’s Diego Palma, better known to Fortnite fans as Arkhram. Indeed, Arkhram is one of the best professional Fortnite players to log on to the game.

In 2019, Arkhram signed with 100 Thieves and continues to find success. For instance, Arkhram led his team to a second-place finish in the season 2 FNCS Duos Grand Finals. He also qualified for the Fortnite World Cup and had an excellent performance in the Grand Royale. He’s struggled at times during his early days but has managed to improve immensely. He’s slowly worked his way to the top of the rankings. 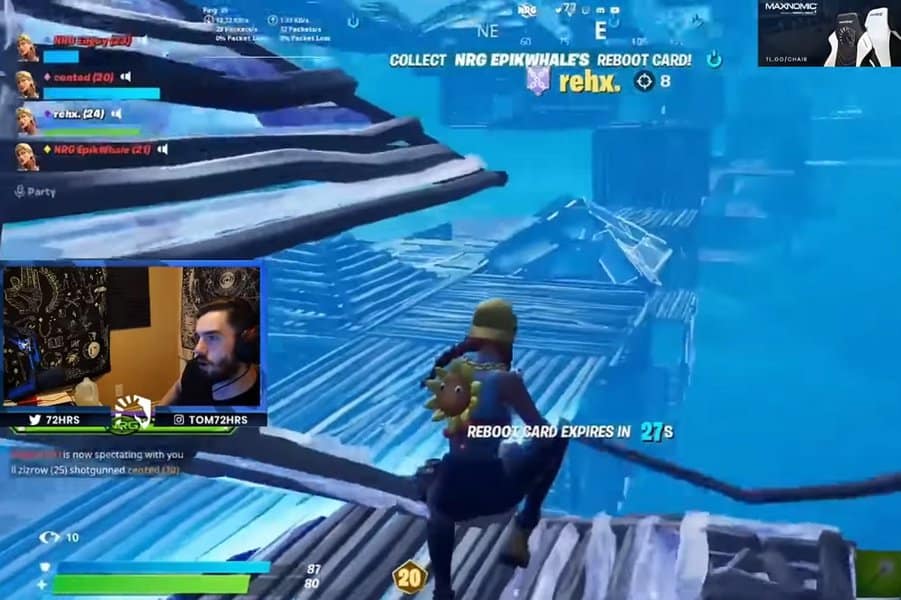 Brodie Franks, aka Rehx, is one of the best Fortnite players from North America. Few other players compare with his incredible skills. He’s a member of the 100 Thieves and plays alongside Arkhram and EpikWhale. He’s easily one of the 10 Best Fornite players in the world.

Of course, Rehx has won several significant competitions to back up his unparalleled skills. Indeed, Rehx and his team came in first in the Fornite Championship Series. He was also quite successful in the NA East and NA West Cash Cups. Plus, he had an impressive win in the DreamHack Open with EpikWhale. 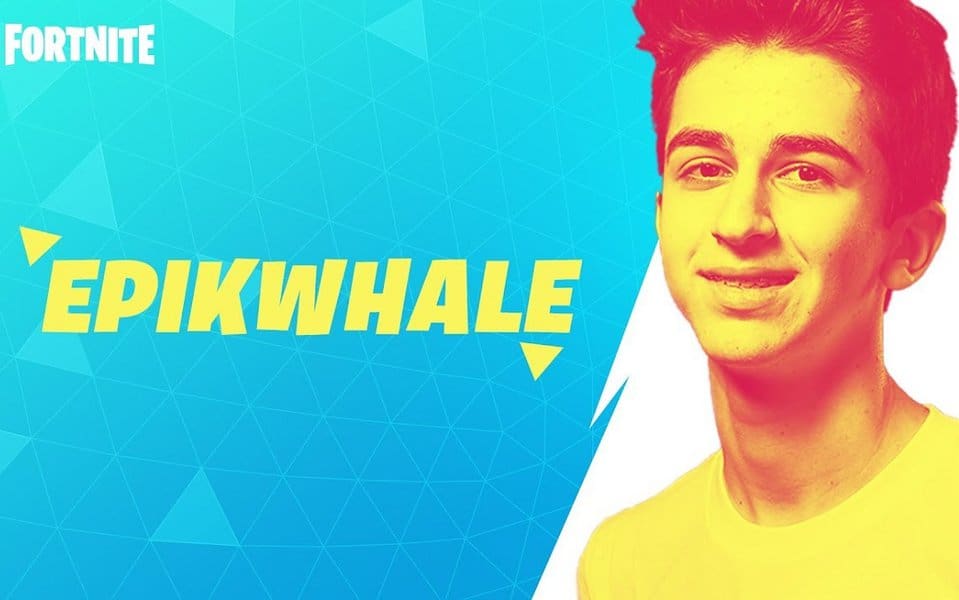 Like any sport or eSport, young upcoming players are always ready to take the top spot. Enter Shane “EpikWhale” Cotton. EpikWhale has made quite the splash in competitive Fortnite. He often plays with the 100 Thieves but is signed to NRG eSports.

He’s had enormous success at the Fortnite World Cup and finished high in the rankings. He also did well in the Duos World Cup alongside Rehx. Plus, he won the NA West Season 5 Grand Finals and Chapter Two. EpikWhale has a bright future in competitive Fortnite. 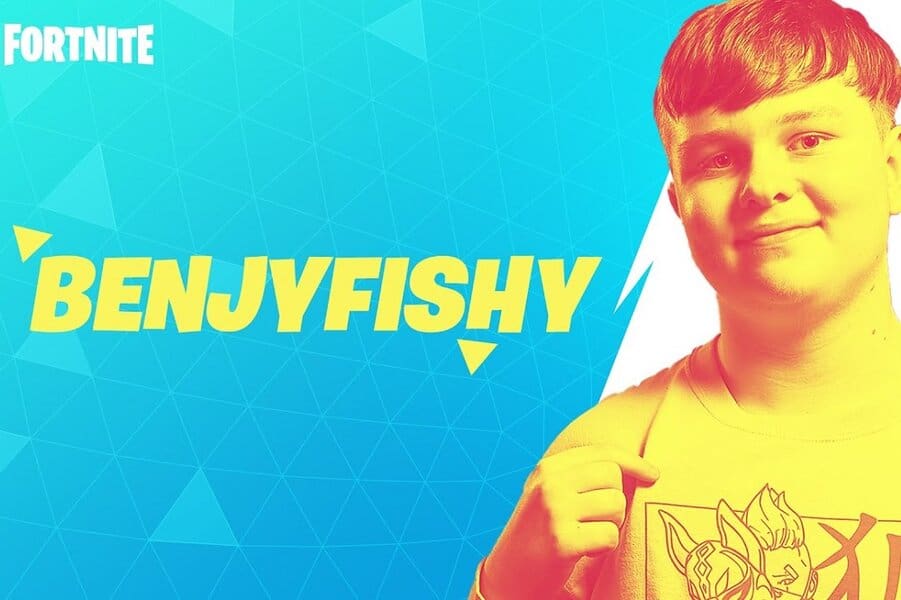 England’s own Benjyfishy is one of the most skilled and controversial Fortnite players. Benjy David Fish, better known as Benjyfishy, is a competitive Fortnite star that plays for NRG eSports. He’s participated in several significant events, including the Fortnite Championship Series season one and Chapter Two.

In 2019, he qualified for the Fornite World Cup. He’s one of the longest reigning Fortnite champions and often teams up with Mr. Savage. Benjyfishy found himself in some hot water when other players accused him of cheating. Regardless, he continues to improve and dominate Fortnite. 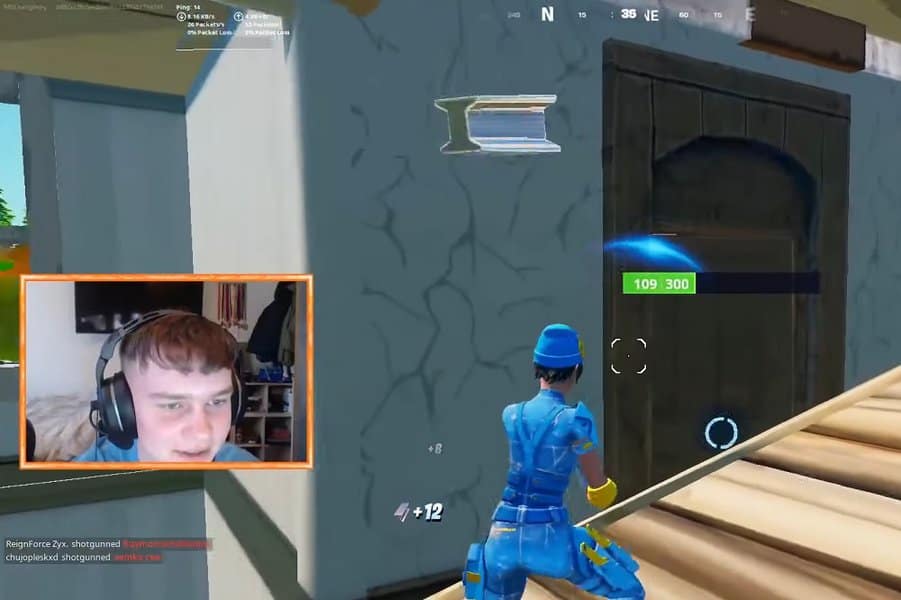 Fortnite pro players often start at a very young age. Therefore, there’s lots of room to grow and fulfill their potential. Swedish superstar Moussa Faour, aka Chapix, falls into that category. He started playing competitive Fortnite in 2019 and quickly established himself as a star.

He’s a member of Falcon eSports and often teams up with Hen and TaySon. He’s had a lot of success in Europe and won several Fortnite tournaments, including two Frosty Frenzy sessions and a Cash Cup season 4. He’s one of the Fortnite players to keep an eye on since he’ll likely be a Fornite World Cup champion in a few years. 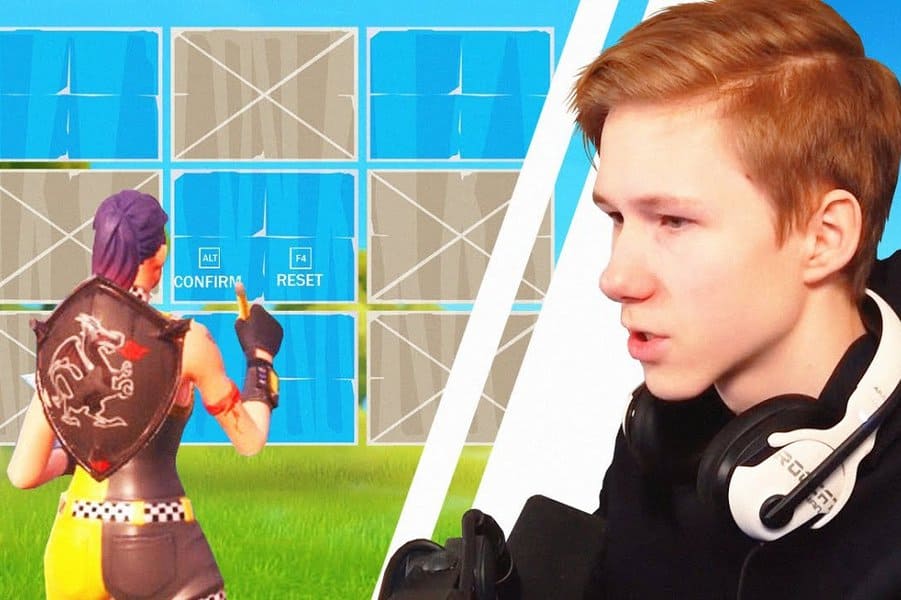 One of the most skilled and smartest Fortnite players comes out of Norway. Indeed, few players are on the same level as Mr. Savage, aka Martin Foss Anderson. He rose to the top of competitive Fortnite in Europe along with frequent partner Benjyfishy. 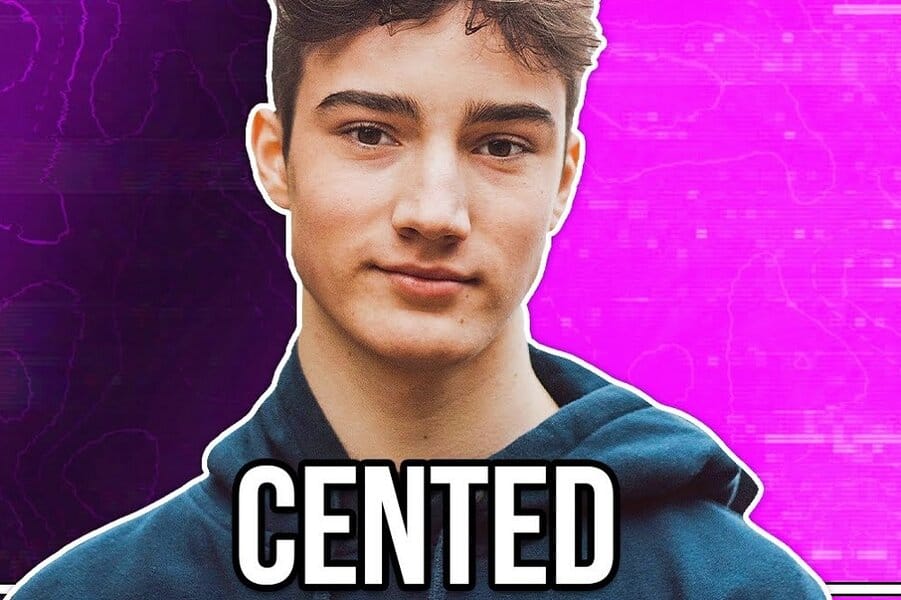 Evan Barron, better known as Cented, is slowly making a name for himself in North America, Europe, and the Fortnite world. He’s one of the most strategic and smartest Fortnite players. The Canadian gamer has impressed many in the world of eSports.

For instance, he placed high in the rankings in the Fortnite Championship Series two years in a row. He’s played for several top teams, including Team Liquid and FaZe Clan. 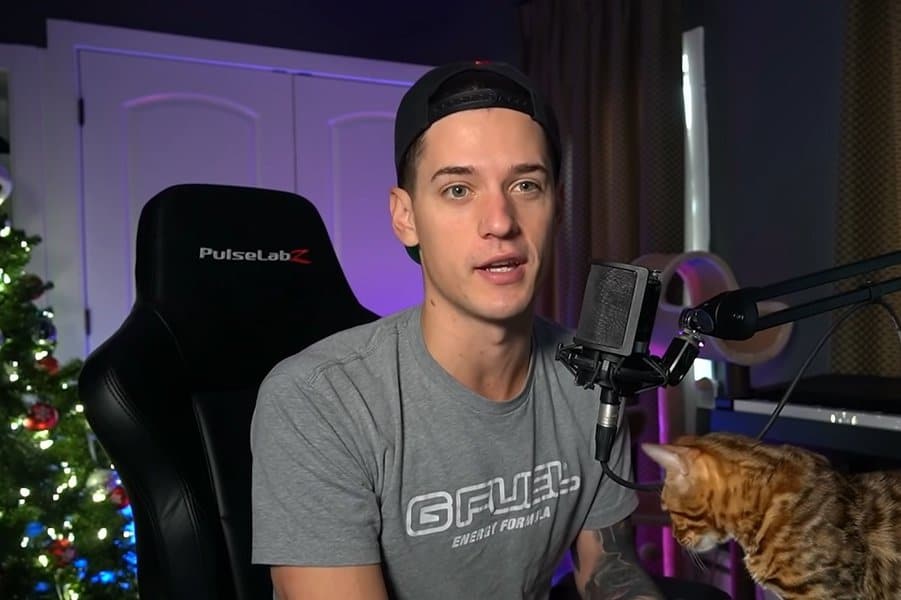 Nate Hill first made a name on Youtube and Twitch doing covers of famous songs. However, his popularity exploded when he started playing Fortnite: Battle Royale. Later, he signed with FaZe Clan and continued to have success in competitive Fortnite.

Hill often teams up with FunkBomb and the duo qualified for the Duos World Cup. They also did well in the Fortnite Fall Skirmish but were caught cheating and violating the rules. Hill created controversy when he released a hate song targeting TikTok sensation Addison Rae on Twitter. He later deleted the song and apologized. 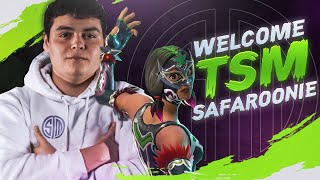 Saf, aka Rocco Morales, is one of the best Fortnite players. He’s a dominant force in competitive Fortnite but also other eSport competitions. He’s done well in various tournaments, including finishing 8th in the Contender Cash Cup. Saf also had an impressive performance in the Fortnite Championship Series NA East Grand Finals. 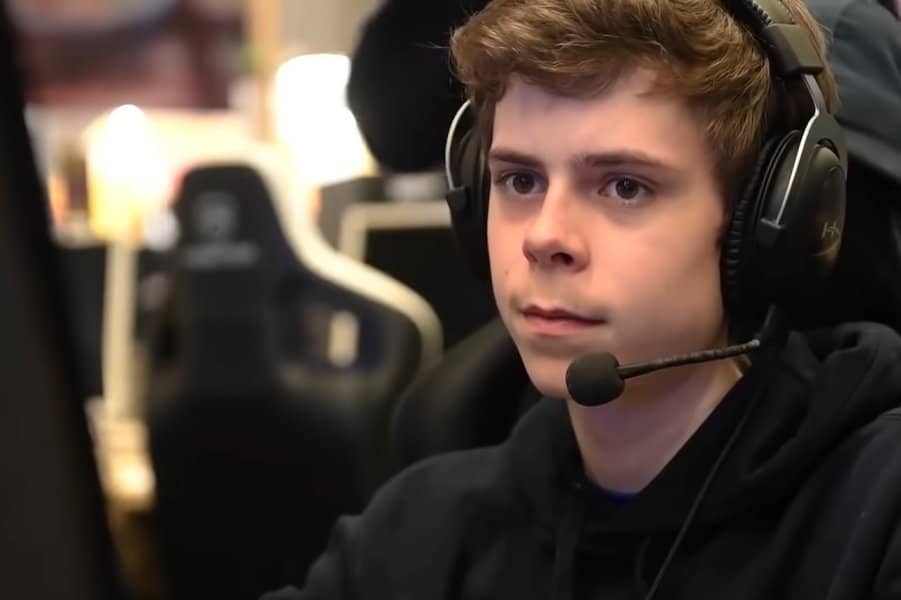 Thomas “Th0masHD” Høxbro Davidsen hasn’t had quite the success other Fortnite players have enjoyed. Many within the industry believe the Denmark native is full of potential despite his lack of first-place finishes. He’s a skilled and young player with a bright future ahead.

He currently plays for Astrails but was part of Team Atlantis, Gamma Gaming, and Guild eSports. He hasn’t won a major cup yet but is a very talented Fortnite player. He has all the skills in the world to become one of the best Fortnite players of all time.