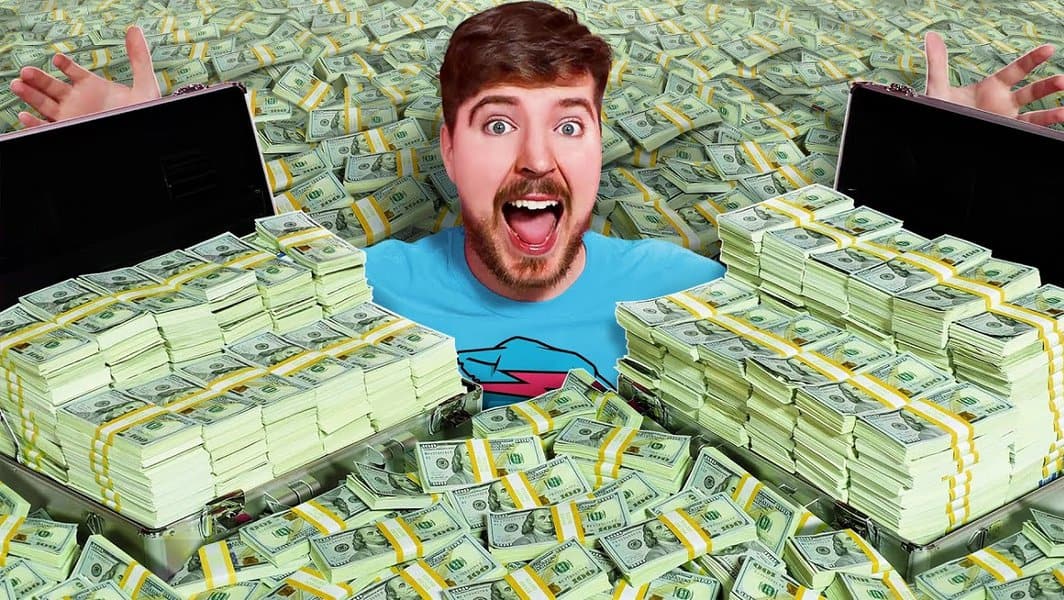 10 Highest Paid YouTubers in the World

When first launched in 2005, YouTube was an unknown video hosting platform where people could upload video content and share it with the world. Almost two decades later and YouTube is arguably the biggest online video-sharing platform with over 2.5 billion monthly users. Like any new idea that becomes successful, YouTube was sold to the highest bidder, purchased by Google for an eye-opening $1.65 billion just a year after launching. Turned into a multi-billion dollar business, YouTube made a staggering $28.8 billion in 2021, but it’s not just Google making bank, with the highest paid YouTubers proof the social media platform is more than just silly cat videos.

YouTube has helped the likes of beauty blogger Jeffree Star, comedian Bhuvan Bam, talk show host Lilly Singh, and internet sensation PewDiePie (Felix Kjellberg) become massive stars, but none of them come close to the money being made by the top ten highest paid YouTubers.

People like Mr. Beast, Mark Fischbach, Ryan Kaji, Jake Logan, and Paul Logan are some of the highest paid YouTube stars raking in the dollars through their subscription channels. While most of them earn money through advertisements on their channel, the most successful have managed to convert their fame into other areas, endorsing various products and pursuing other passions that pay top dollar. As Forbes points out, the ten best-paid YouTubers made a combined $300m in 2021, which will make you want to ditch your career and start making beauty tutorials or try and pull off insane stunts using YouTube.

But it’s not all about views, with the top earners making the bulk of their income through band partnerships and endorsement deals. Some even sell merchandise that brings home the bacon. However they do it, the 10 richest YouTubers are making the big bucks, as you will discover below.

10 Highest Paid YouTubers in the World 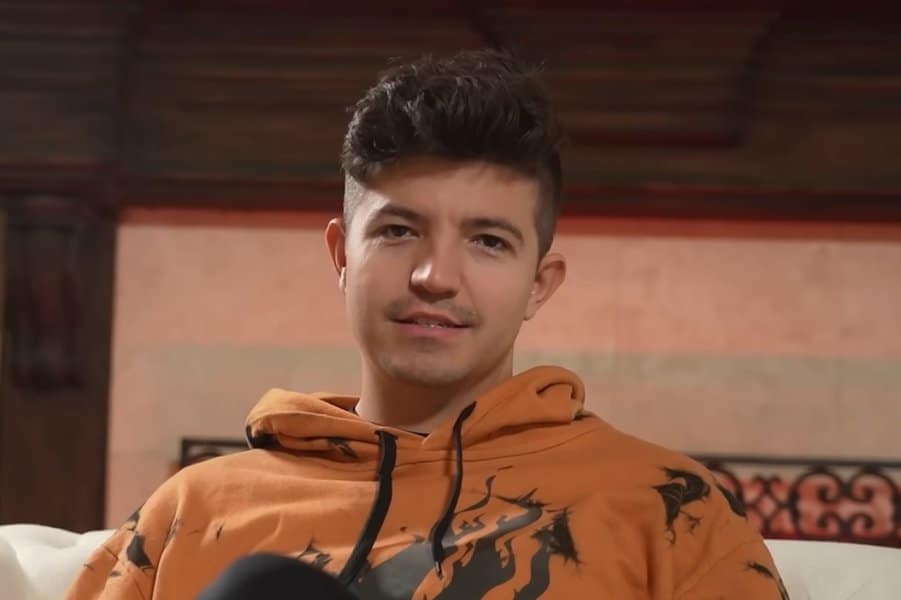 Unlike many YouTubers, Preston Arsement runs several different YouTube channels. While they are all popular on some level, he made his name with PrestonPlayz. As you can probably guess by the name of the channel, Arsement is a gamer and he made it big by posting videos about games, in particular, Minecraft. He has 14 million subscribers of that channel alone, while his overall account subscription currently sits at 22.5. million.

The 25-year-old is a god-fearing Texan whose latest videos have seen him get 100 other YouTube influencers to sign his Tesla and an extreme game of hide and seek. While he has made less money than last year, $10 million isn’t anything to be laughed at for posting funny videos on the internet. 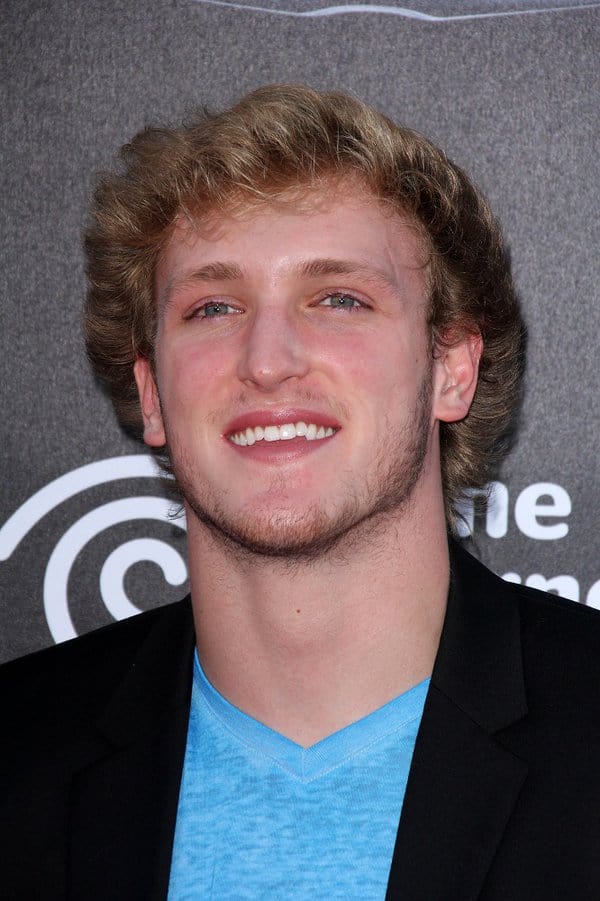 Love them or hate them, the Paul brothers have dominated the YouTube space for almost a decade. Logan Paul is the older of the two who has managed to push past the “suicide forest” scandal of 2017 to become one of the biggest influencers in the world. With 23.6 million followers, Paul earned $18 million in 2021 putting him in the upper echelon of YouTubers.

While he continues to update his channel, Paul has turned to boxing in recent years. He somehow managed to score a fight with Floyd Mayweather that earned him a tasty $10 million. He also hosts the Impaulsive podcast that gets millions of views and is currently trying to dig his way out of the CryptoZoo NFTs disaster that has seen his name in the news for all the wrong reasons. 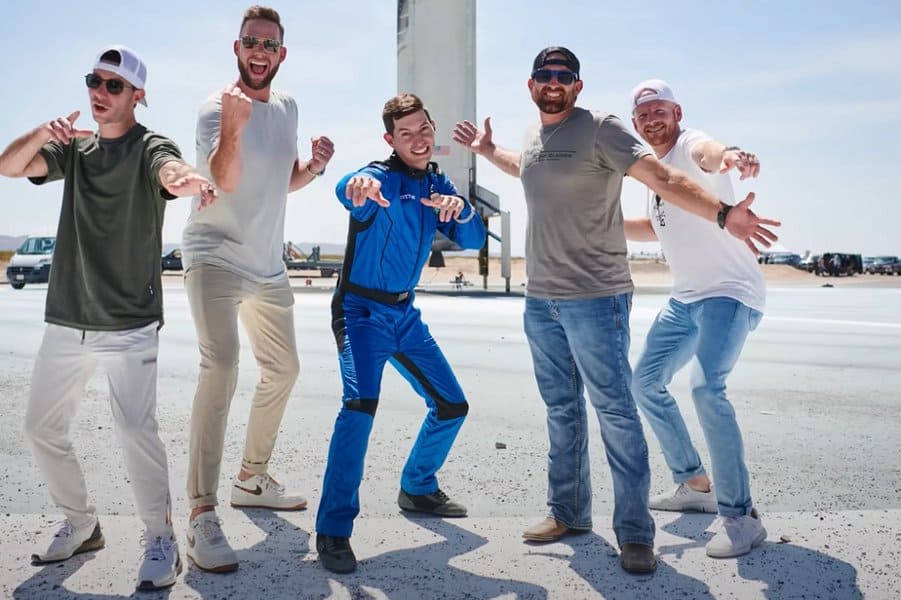 If it’s laughs you’re after, Dude Perfect have you covered. Twins Coby and Cory Cotton, Garrett Hilbert, Cody Jones, and Tyler Toney are five pranksters whose YouTube channel has an incredible 58.6 million subscribers. Performing stupid stunts inspired by the original needle movers Jackass, the crew are big sports lovers, which comes out in their videos. Whether it’s deep sea fishing against one another, battling Luka Dončić on the basketball court, or taking part in a wild treasure hunt, Dude Perfect is always competing with each other to see who is the best.

Not content with being just YouTubers, Dude Perfect has staged several live tours and published a book, 101 Tricks, Tips, and Cool Stuff, a 250-page book containing easy-to-follow steps on how to pull off some of their wildest tricks and stunts. 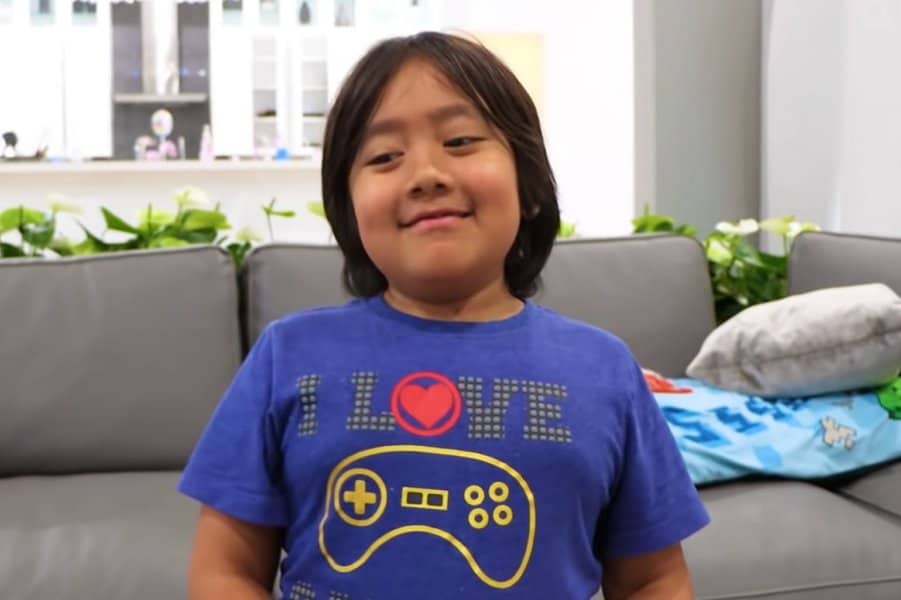 How much money were you earning at age ten? Probably not $27 million like young YouTuber Ryan Kaji. Getting his start reviewing toys as a four-year-old on his channel Ryan Toysreview, Kaji has built a solid fan base over the past six years. With his teenage years on the horizon, Kaji is expanding his content and moving in a more commercial direction.

Many of his videos are educational and contain several animated characters that are being licensed to keep Kaji’s bank balance ticking over. Head into your local Walmart or big chain department store and you will find shelves chock full of Kaji-related merchandise, which makes up a big chunk of his $27 million earnings. Managed by his parents and former Disney executive Chris Williams, it’s safe to say Kaji is on the right track. 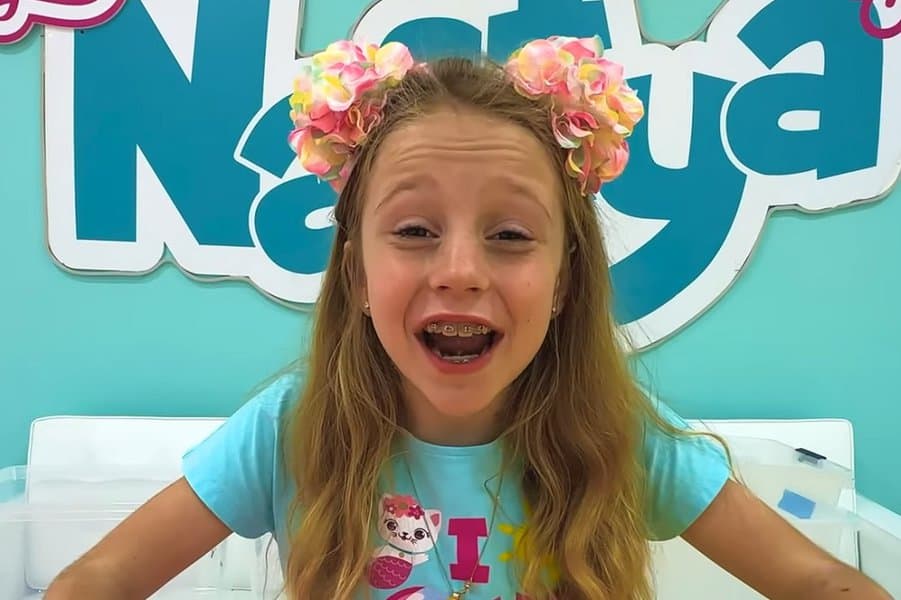 Anastasia Radzinskaya is a Russian-born YouTuber who goes by the handle Nastya. The eight-year-old has several YouTube channels where she broadcasts to her 103 million fans worldwide, sharing videos about her day-to-day life. Her most recent videos comprise funny stories with educational moments, with her father Sergey often coming along for the ride.

Getting her start as a toy reviewer, Radzinskaya recently made a deal with Spotter, selling the company the rights to her back catalog of videos, hence the $28 million income. She also makes coin through merchandise and recently launched her own line of NFTs. 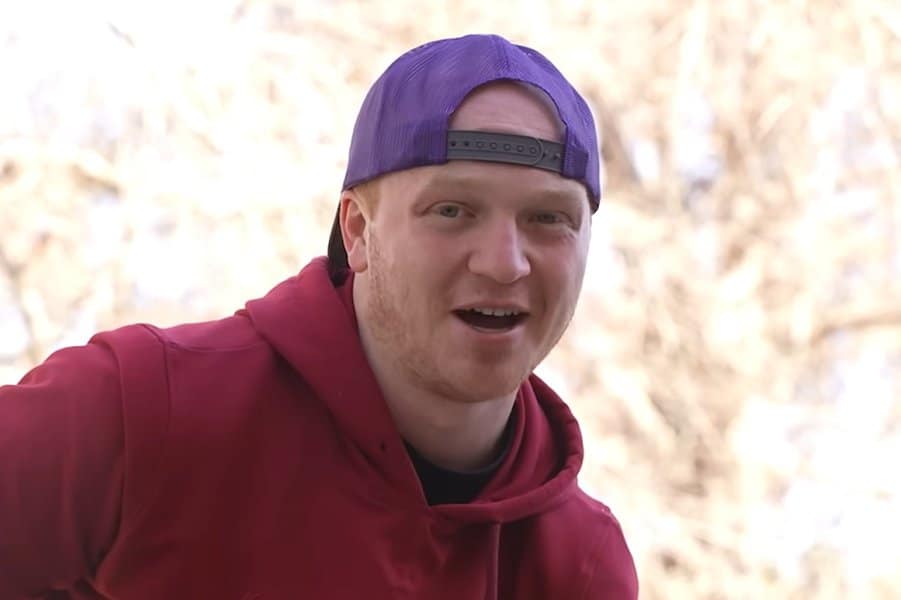 Nathan Graham, known by his 15 million YouTube subscribers as Unspeakable, has been posting videos for over a decade. He got his big break thanks to his passion for Minecraft and the many videos he created about the hit game that got all the views.

He’s slowly moved away from Minecraft to feature a wider range of videos that include Unspeakable doing things like filling his island home with ball pit balls, spending $100,000 to make the tallest treehouse, and opening the world’s cheapest video game store.

This is the first time Unspeakable has made the list of the highest paid YouTubers. It’s all down to his deal with Spotter, who paid him a sizable amount of money for his older videos. 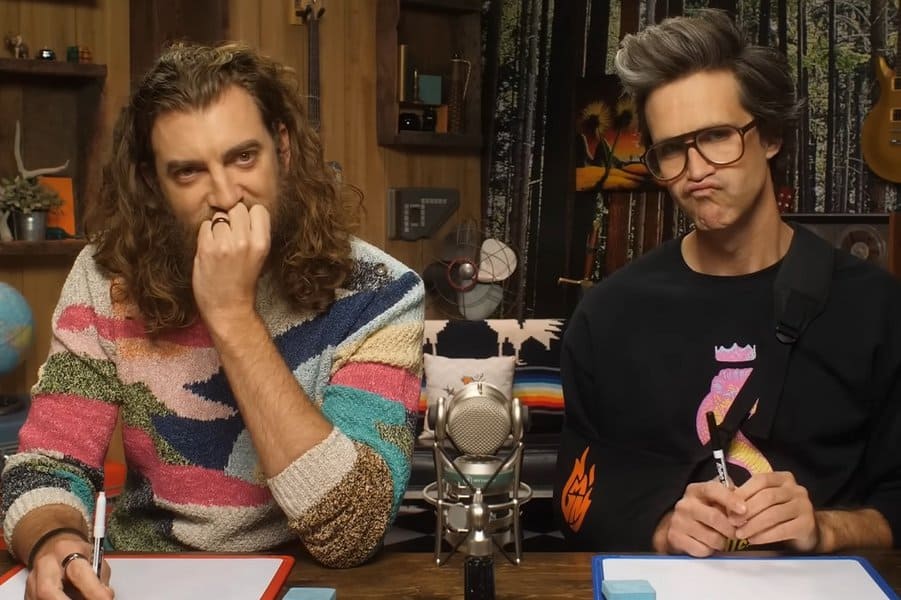 The oldest YouTubers on this list, Rhett and Link have constantly been amongst the highest-paid YouTubers for several years. The nerdy comedy duo hosts several different channels, with their most successful shows being Good Mythical Morning and spin-off Mythical Kitchen. The first is a morning talk show where the duo chats about current news events, relate personal stories and get involved in a lot of silliness. Mythical Kitchen is a cooking series hosted by Josh Scherer, with Rhett and Link appearing occasionally.

It’s not just the world of YouTube where Rhett and Link are dominating, with the two also having released music, written several books, and taken their show on tour. They also debuted Inside Eats with Rhett & Link on the Food Network in 2022 and continue to work on more TV ideas. 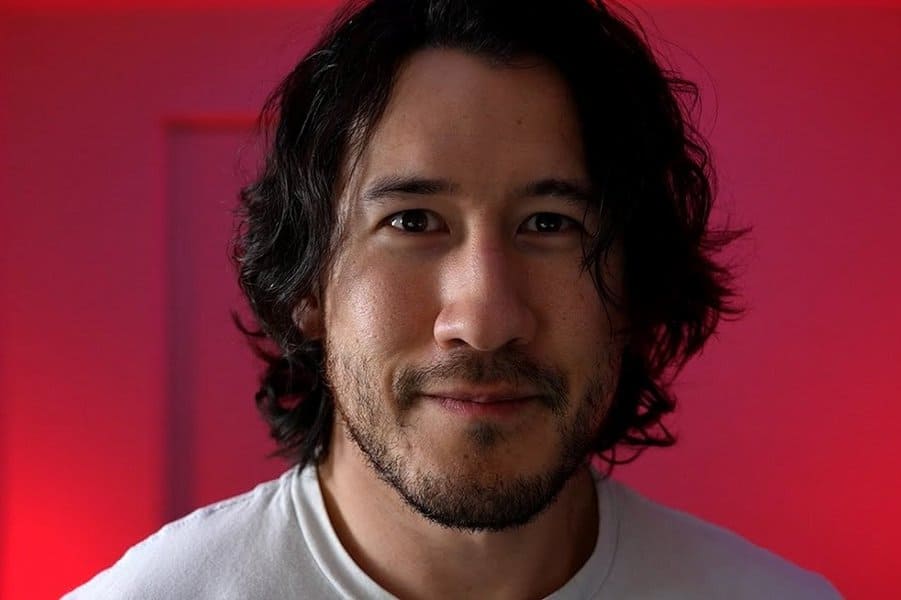 Markiplier is another gaming creator who absolutely crushes the online space. He really started to get noticed in 2019 when he and fellow creator, CrankGameplays (Ethan Nestor), launched the channel Unus Annus. Their aim was to upload one video a day for 365 days and then delete them all. It reached 4.56 million subscribers and the final 12-hour episode peaked with 1.5 million viewers before the two deleted the channel.

Since then Markiplier, known to his parents as Mark Edward Fischbach, has started the Distractible podcast alongside LordMinion777, co-founded clothing company Cloak with fellow YouTuber Jacksepticeye, launched an OnlyFans account that crashed the site, and shot several movies where it does everything from act and direct to write and produce. He’s also filmed an adaption of his post-apocalyptic podcast The Edge of Sleep, which he is currently shopping around. 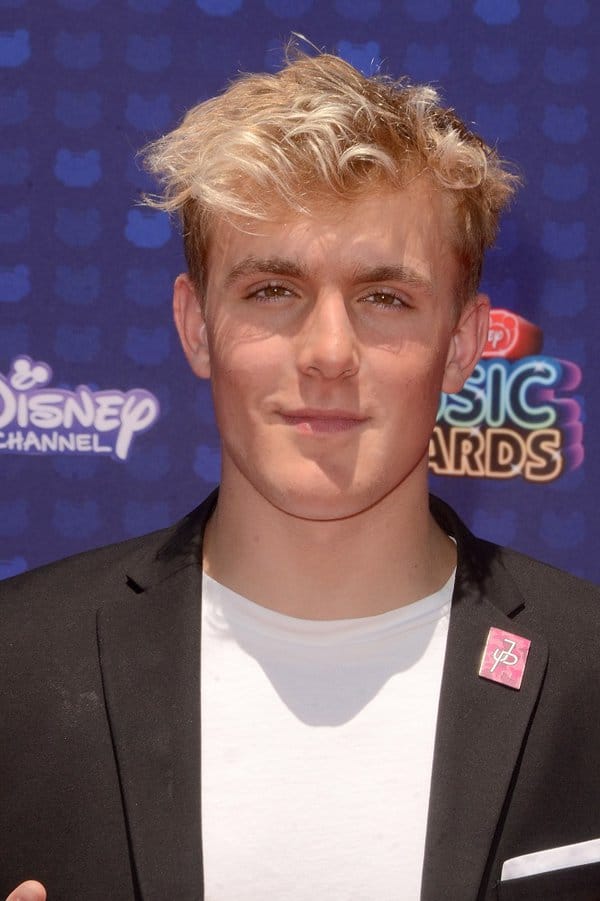 The younger of the Paul siblings is just as controversial as his brother Logan, but is currently on his redemptive arc as a boxer. While he still posts semi-regularly on YouTube, Paul’s main source of income is his boxing career. As Forbes reports, almost 90% of his income comes from boxing. And just like his brother, his fights haven’t been great spectacles and have come against Ben Askren and Tyron Woodley (twice), with Paul winning all three.

Most of Paul’s content is found on his main channel and consists of boxing related-videos with the occasional insight into his daily life. The YouTube personality has certainly made the most of his early YouTube fame and used it to pursue his career in boxing, although his next bout will be in an MMA ring, with Paul deciding to have a crack at mixed martial arts. 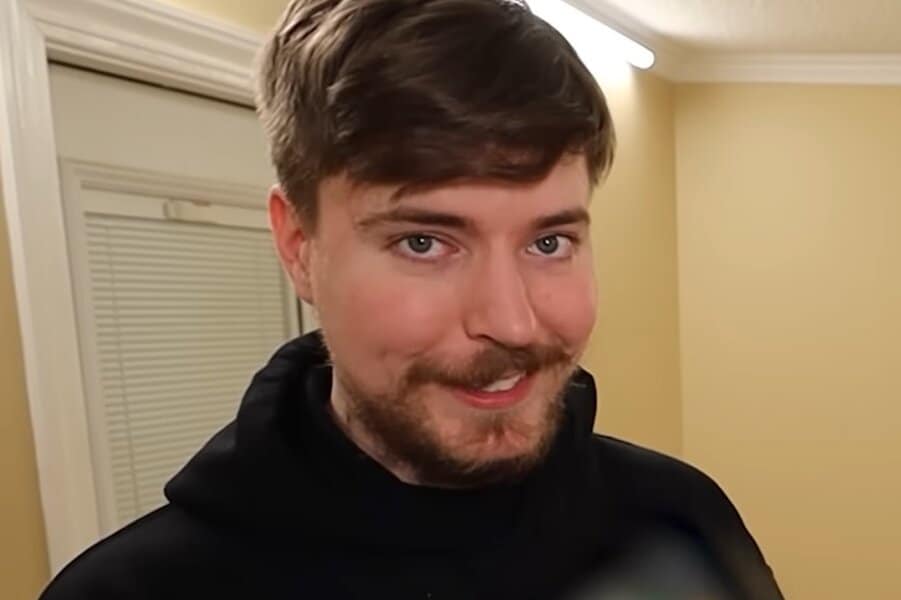 The richest YouTuber is none other than Mr Beast (Jimmy Donaldson), whose $54 million puts him clear at the top of the YouTube content creator tree. Now 24, Mr Beast started his YouTube journey over a decade ago when he began uploading videos. He first got namechecked in 2017 when he published a video of him counting to 100,000. Since then it has been go, go, go for the much-loved YouTuber, who often uses his videos to help raise money for others and create challenges with big rewards for his viewers.

He staged his own Squid Games involving 456 contestants competing for a $456,000 cash prize while also having huge success with MrBeast Burger. This is an app where fans can order Mr Beast-branded burgers from over 1,600 restaurants across the States. As well as these money spinners, the YouTube Creator raises a ton of money for different charities with his philanthropy efforts.

See more about - 47 Things To Do Online When Bored