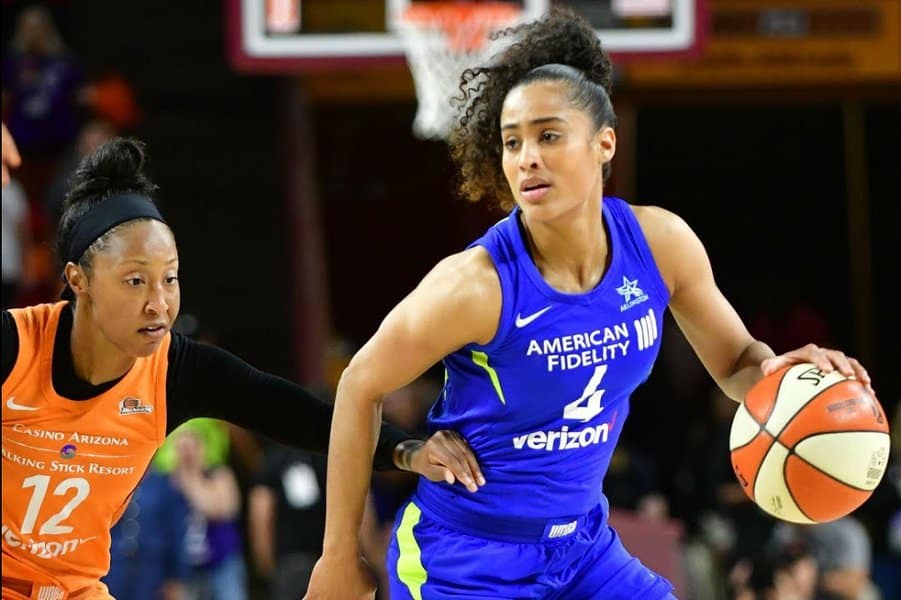 Who Is The Hottest WNBA Player? Our Top 17 Picks

The Women’s National Basketball Association (WNBA) features some of the most outstanding athletes ever to set foot on the court. They’re incredible players with unparalleled skills, technique, speed, and endurance. Few athletes in the world compare with these impressive women. It just so happens the WNBA is full of some of the most beautiful women in the world too. They’re so hot they literally set the court on fire. They are dozens of the hottest WNBA players in the league, but who gets the top spot?

These beautiful world champion players can shoot, dunk, and run the court while looking smoking hot. They also steal the spotlight off the court with their stunning beauty and hot style. They truly are the hottest WNBA players in the world.

Who Is The Hottest WNBA Player? Our Top 17 Picks 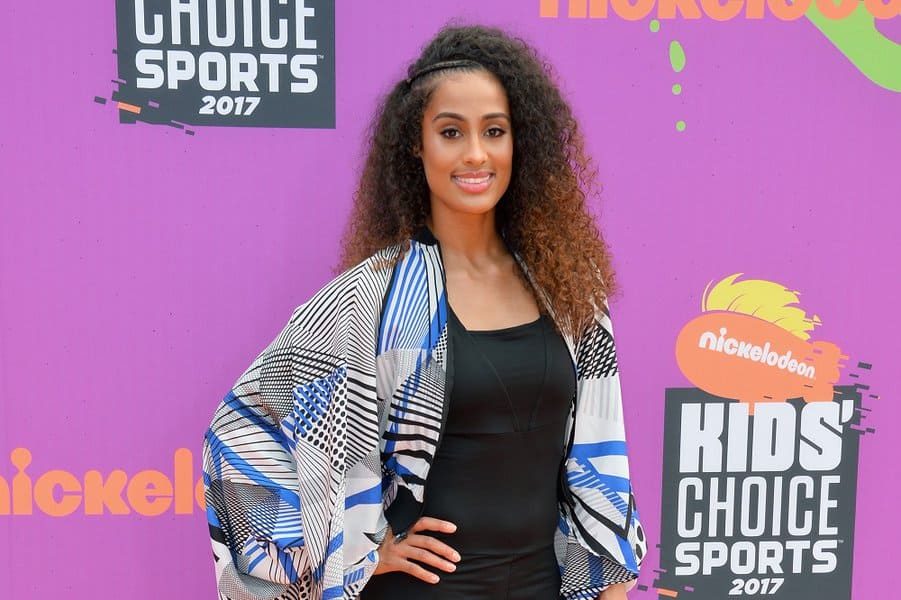 Skylar Diggins-Smith is one of the best basketball players in the WNBA. Skylar is easily one of the hottest and greatest WNBA players of all time. Skylar was even dominant when she played at the University of Notre Dame. She’s currently the point guard for the Phoenix Mercury, although she could be a supermodel. Indeed, the stunning Skylar appeared in the Sports Illustrated Swimsuit Issue. Skylar is undoubtedly the hottest female basketball player in the league. 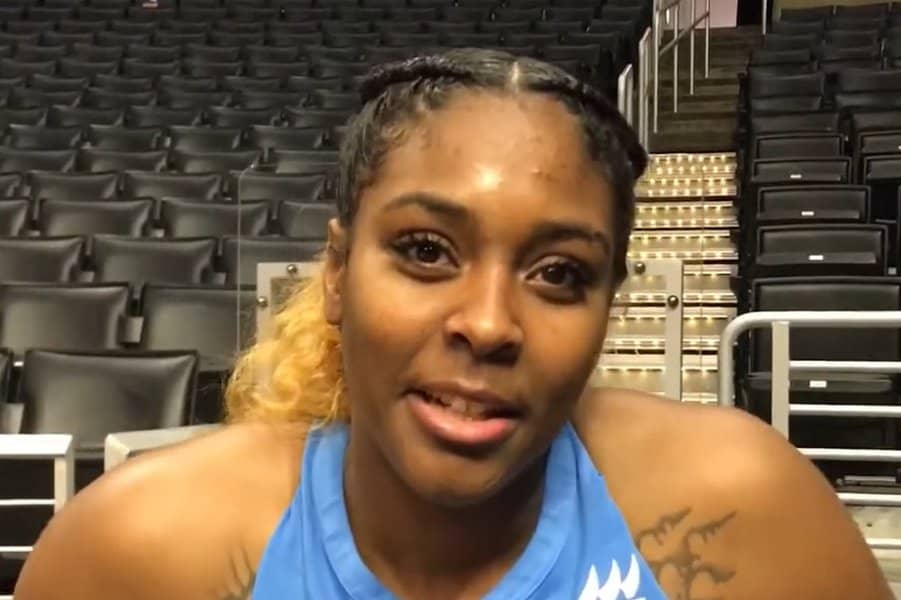 The 6’4 power forward Cheyenne Parker currently plays for the Atlanta Dream. She’s a skilled player slowly cementing her legacy in the WNBA. In a completely unrelated matter, Parker is one of the hottest basketball players in any league. Indeed, her dangerous curves and stunning beauty will force every player to drop the ball. 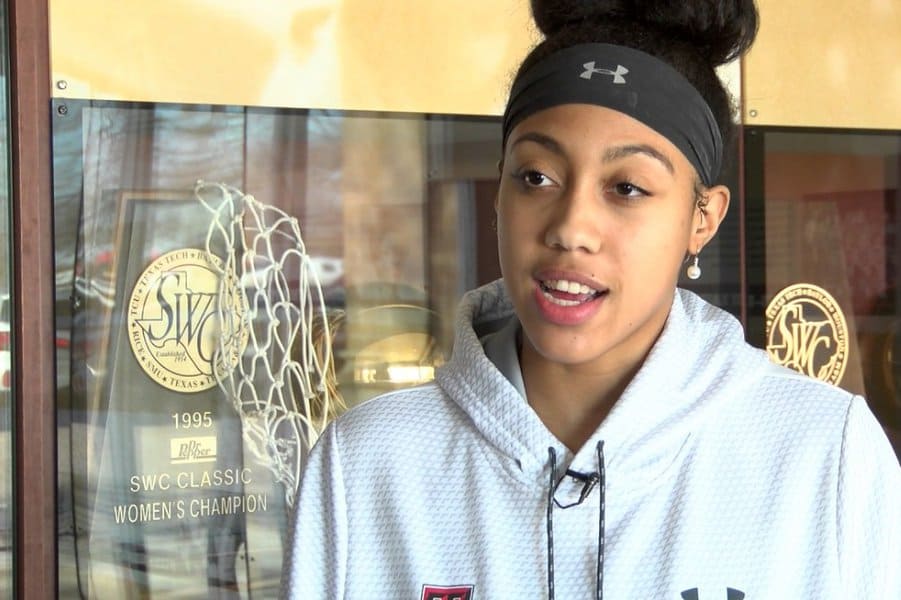 Guard Arella Guirantes might play in the WNBA, but she’s truly in a league all her own. The sizzling hot free agent gained national attention playing for the Los Angeles Sparks. Guirantes also dominated college basketball at Texas Tech and Rutgers. Of course, she has everyone talking with her dazzling and sexy style on and off the court. It doesn’t matter if she’s passing the ball or posing on the gram. She’s always the center of attention. 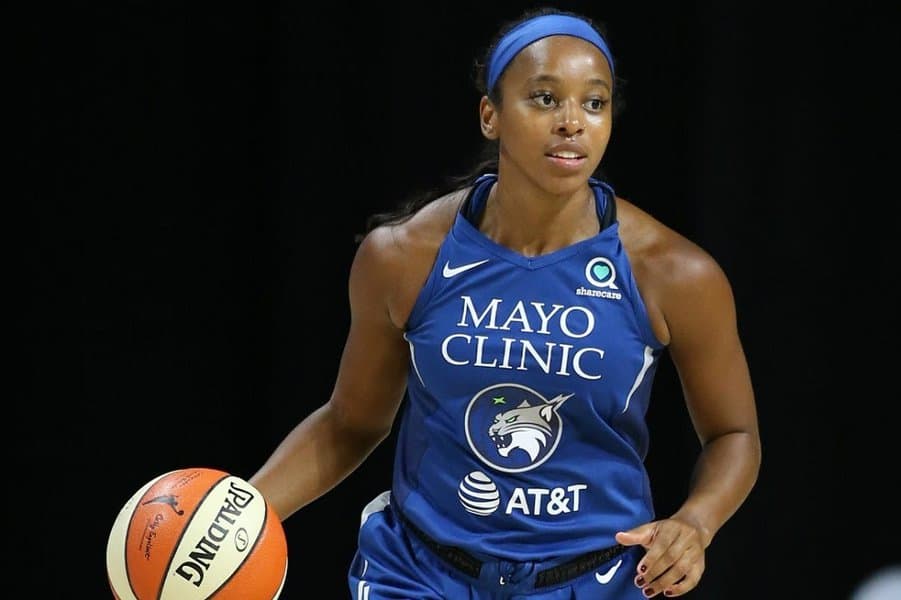 WNBA player Lexie Brown is one of the hottest in the league. Of course, it helps that she’s also one of the most skilled players. Brown has played for several teams, including the Connecticut Suns, Minnesota Lynx, and Chicago Sky. The smoking hot basketball star currently plays for the Los Angeles Sparks. Undoubtedly, Brown is easily among the most beautiful and talented athletes in the WNBA. 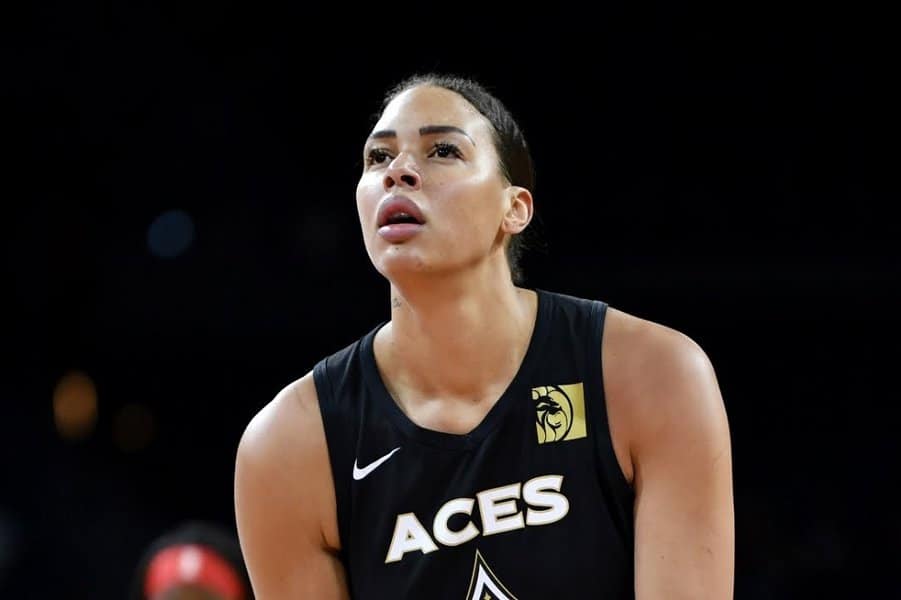 Few basketball players measure up with Liz Cambage. She’s already a WNBA legend despite only turning 30 recently. For instance, she holds the WNBA record for most points in a single game. She’s also one of the hottest WNBA stars to play the game. She’s 6’8 with a curvy supermodel figure. The stunning WNBA player has fans drooling when she’s hitting every shot or strutting her stuff in a bikini on the beach. 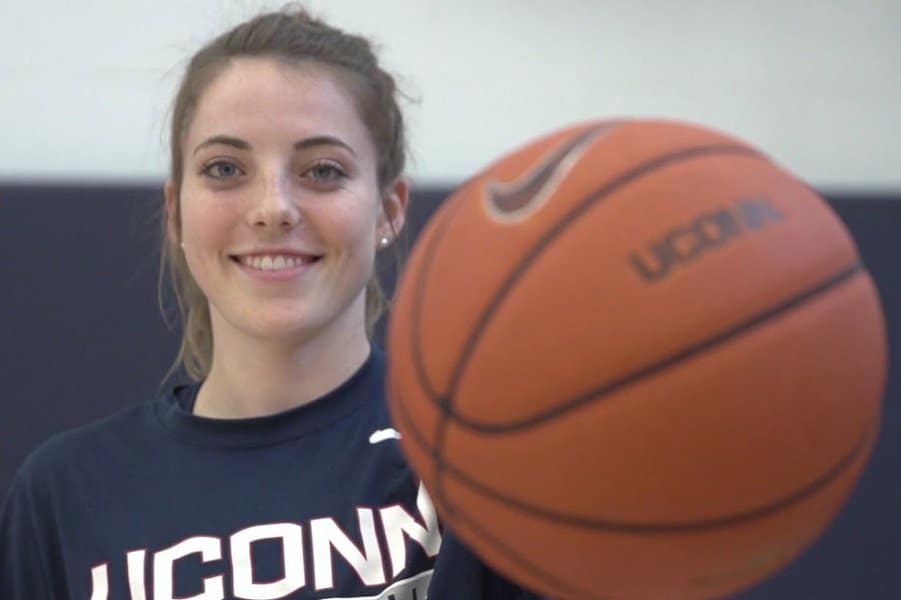 Katie Lou Samuelson was a dominant player in her college basketball days and continues to dominate in the WNBA. The gorgeous 6’3 small forward currently plays for the Los Angeles Sparks. She also happens to look beautiful as she dominates the competition on the court. Katie is one of the hottest WNBA players in the league’s history. 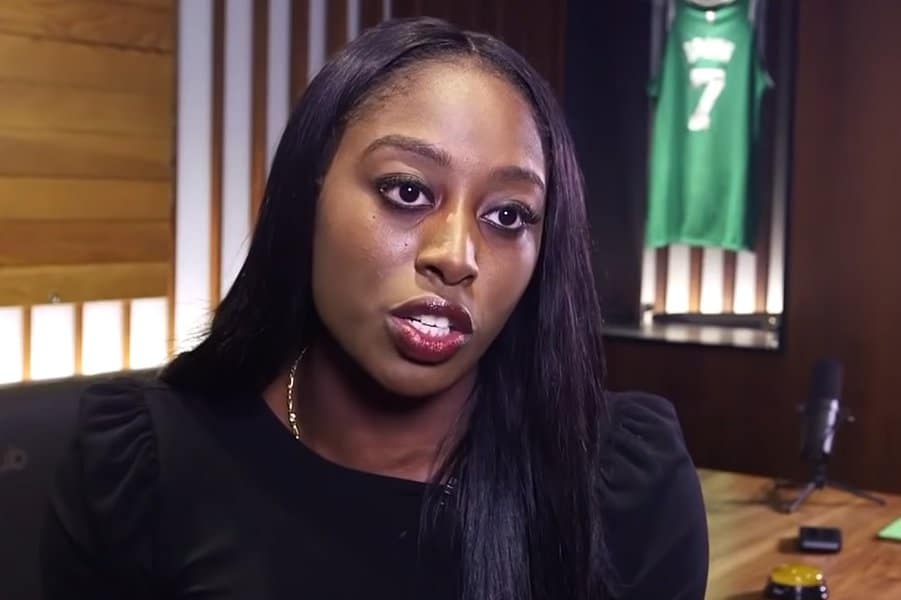 There’s genuinely nothing the sexy Chiney Ogwumike can’t do. She’s a power forward with the Los Angeles Sparks, served as an NBA analyst, and is a full-time ESPN analyst. As a matter of fact, she’s the first black woman to host an ESPN radio show. Chiney did all of this while looking incredibly beautiful. 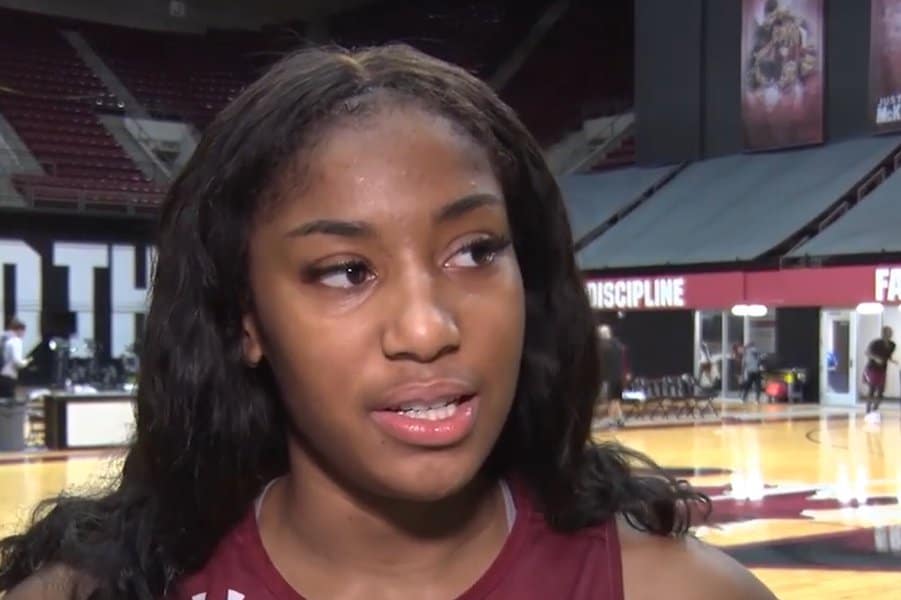 Point guard Te’a Cooper has made quite the name for herself in the WNBA. Cooper is currently a free agent but has previously played for the Los Angeles Sparks. She has a promising career in the WNBA. Indeed, Cooper was an outstanding player in college basketball. Not only is Cooper a talented player on the rise, but she’s also gorgeous. The dazzling basketball star is a beautiful WNBA player. 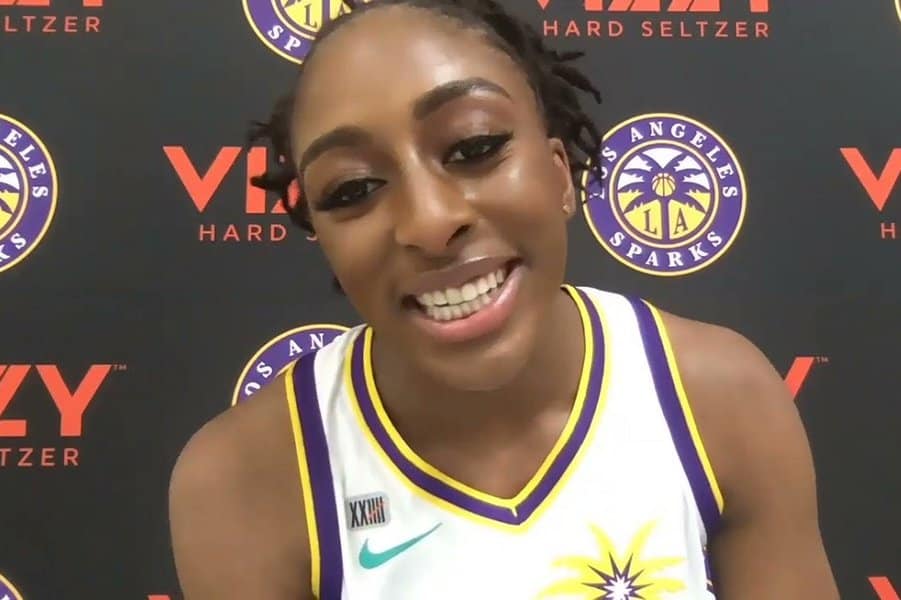 Nneka Ogwumike is one of the greatest WNBA players in history. She’s also one of the most gorgeous athletes in all sports. Of course, she didn’t become the best because of her breathtaking beauty. In 2012, Nneka was the overall number one pick in the WNBA Draft. Her popularity exploded as she won the MVP award and struck a deal with Nike. She currently plays for the Los Angeles Sparks along with her younger sister. 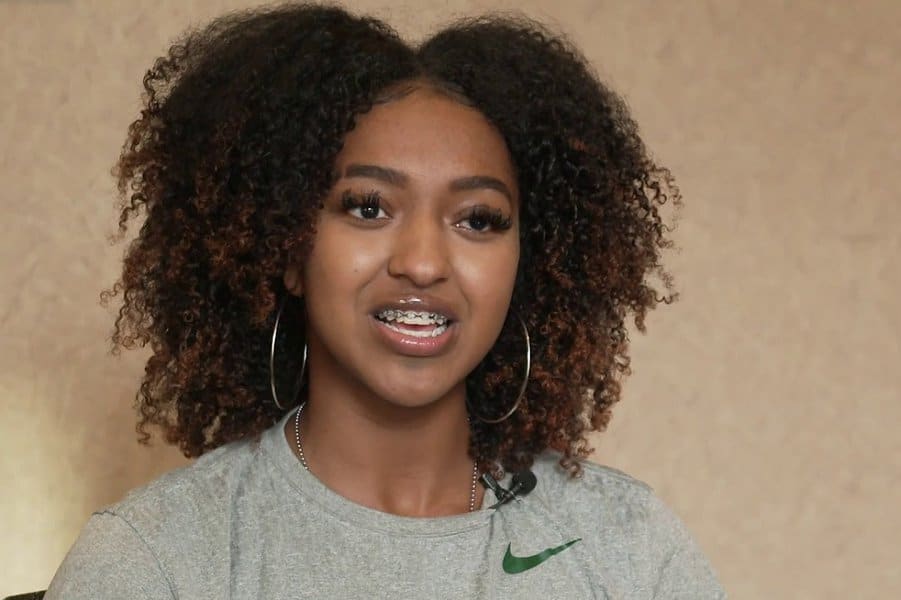 Didi Richards is a shooting guard for New York Liberty who is also one of the WNBA’s most alluring rising stars. She’s an outstanding player on the court and dominated college basketball before making it to the WNBA. When Richards isn’t on the court, she’s on the beach showing off her stunning curves and incredible beauty. 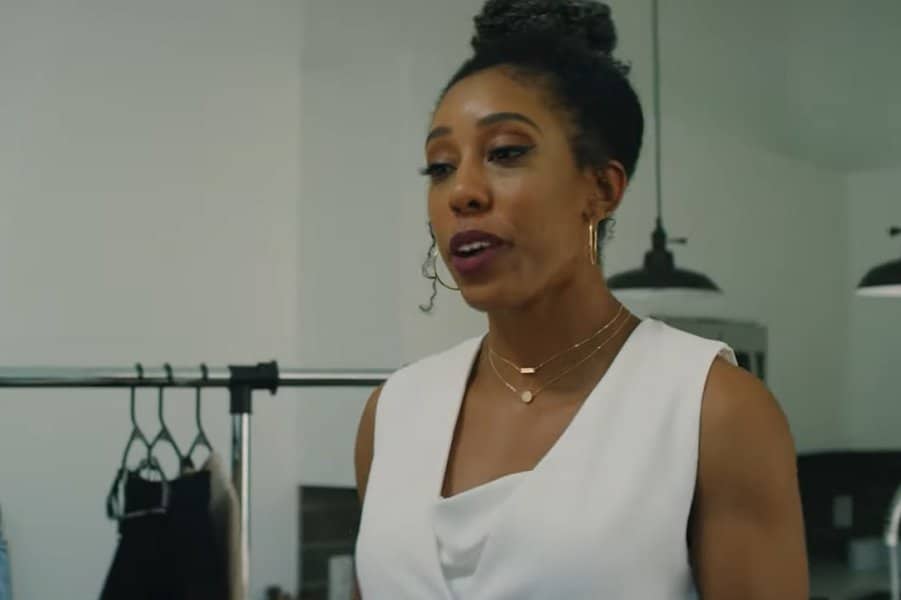 Power forward Monique Billings is one of the hottest WNBA stars in the game. Of course, she’s not just eye candy. Billings is a rising star in the WNBA. Before joining the Atlanta Dream in the 2018 draft, she dominated college basketball. Billings often has fans talking off the court about her breathtaking beauty. She’s easily one of the hottest WNBA players in basketball history who also gets it done on the court. 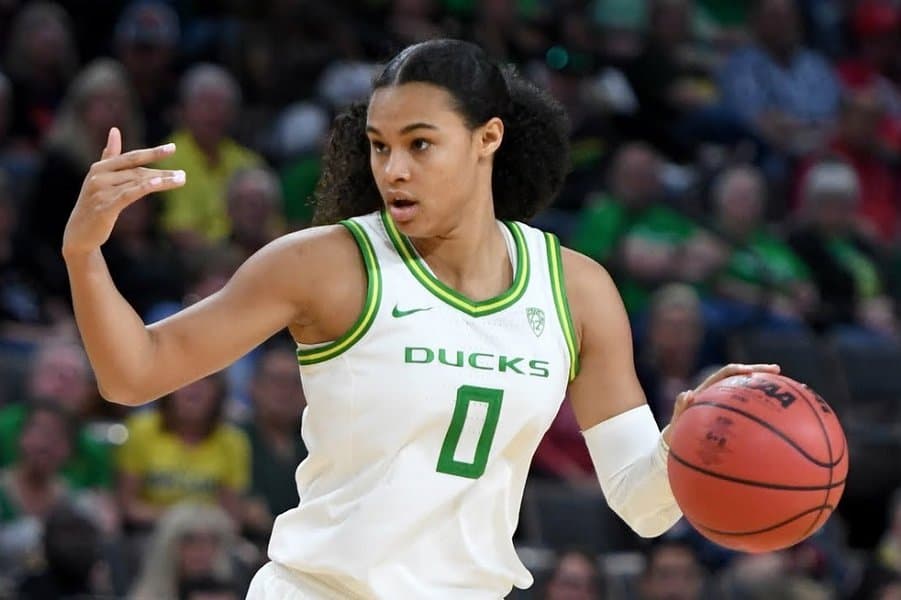 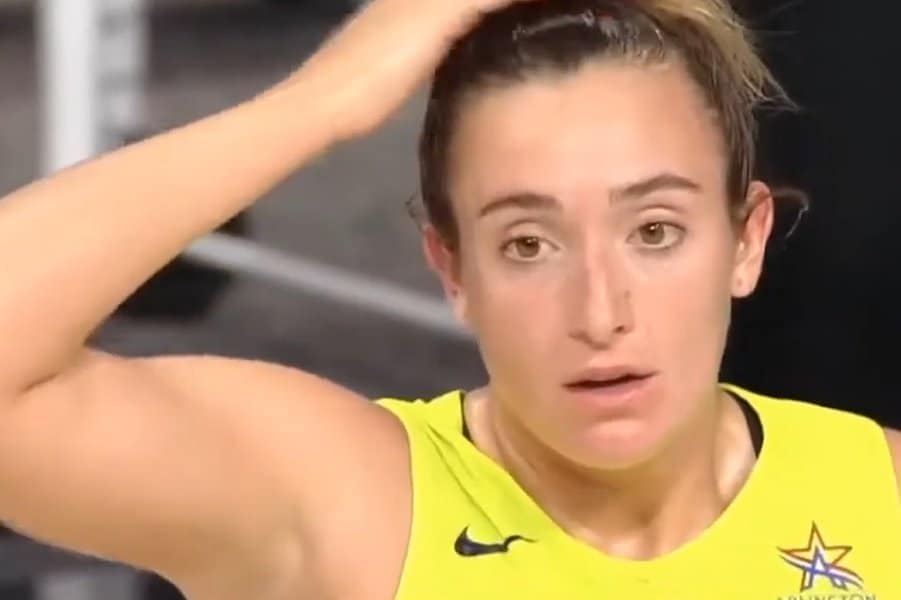 Shooting guard Marina Mabrey is on fire off and on the court. The skilled WNBA player is one of the league’s most beautiful stars. However, Mabrey isn’t just a hottie with a body. She’s a talented player that’s an asset to any team. Mabrey currently plays for the Dallas Wings and is a crucial player for the franchise. 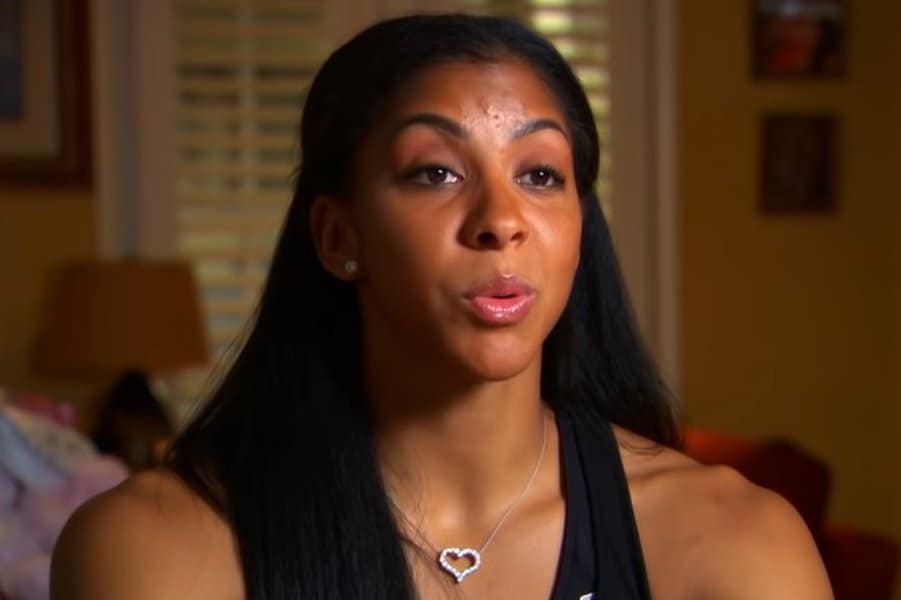 Candace Parker is one of the best players in the entire WNBA. She’s a skilled basketball player that led the Los Angeles Sparks and Chicago Sky to the WNBA Championship. Not only is she a great player, but she’s one of the hottest in the league. The 6’4 basketball goddess often steals the spotlight with her stunning beauty off and on the court. 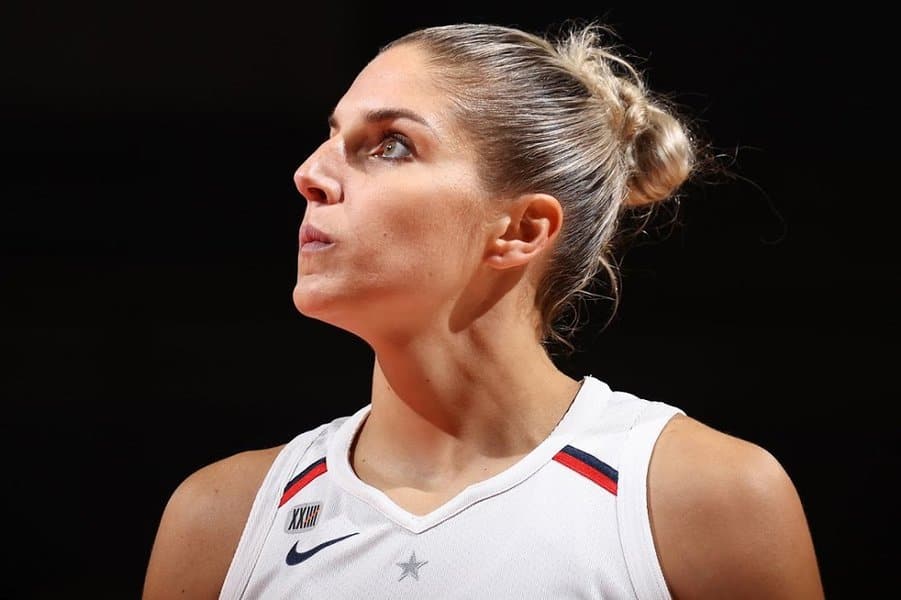 Elena Delle Donne is a star player for the Washington Mystics and helped the team win their first WNBA Championship in 2019. She’s even won the WNBA Most Valuable Player award twice. Donne is possibly the hottest player to win the MVP award. The gorgeous MVP is one of the WNBA’s most beautiful players. 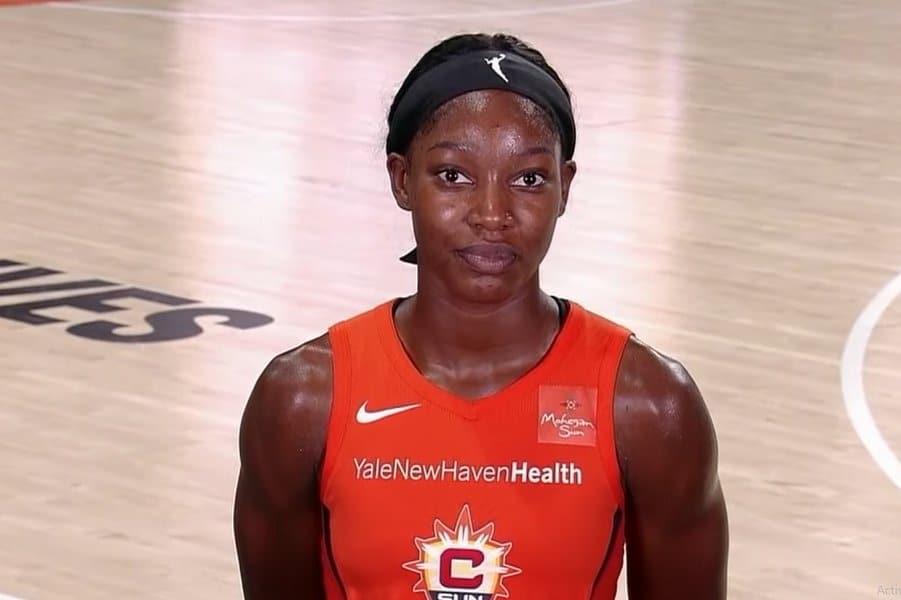 Without a doubt, Kaila Charles is the hottest free agent in the WNBA. The talented and beautiful Charles is still early in her career but already has everyone buzzing. Charles played for the Contecuit Sun and had a brief stint with the New York Liberty. The stunning free agent is waiting for the perfect offer. 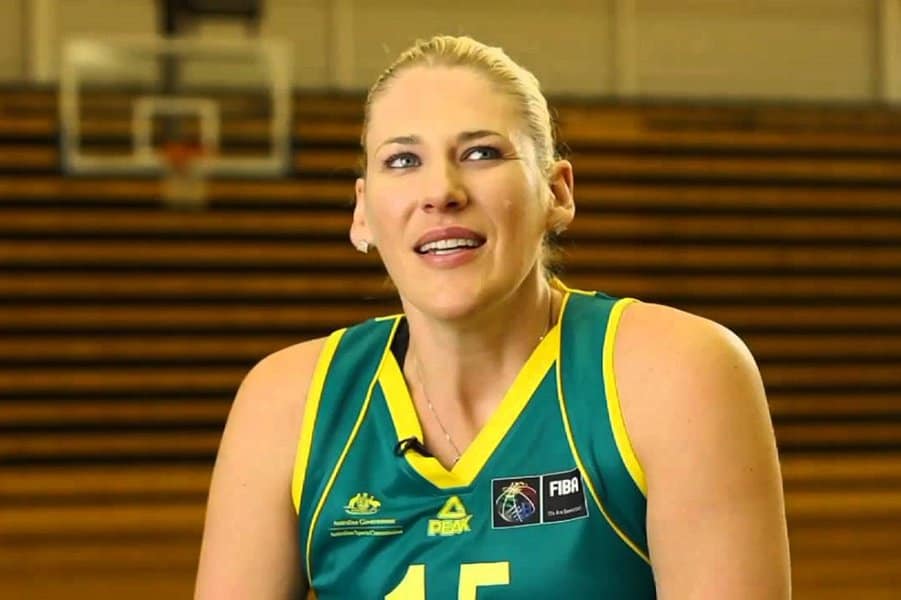 Retired WNBA player Lauren Jackson is still one of the hottest stars in the league. Of course, it’s just a coincidence that she’s drop dead gorgeous. She’s one of the best players in WNBA history. Jackson was a key player for the Seattle Storm and led the team to two WNBA Championships. The sizzling hot superstar even won the Most Valuable Player Award.