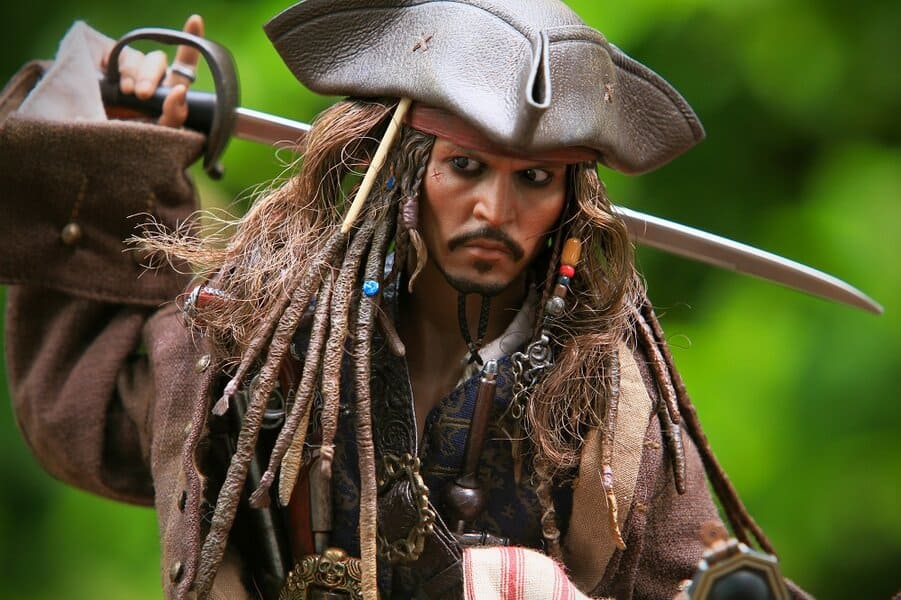 Johnny Depp is one of the best known Hollywood stars today. He’s had a long and illustrious career starting in the 80s. Born John Christopher Depp II, he made his debut in the 1984 classic horror movie Nightmare on Elm Street. From 1987 to 1989, Depp portrayed Tom Hanson on the hit crime drama 21 Jump Street. Becoming a teen idol, Depp was one of the most talked about stars.

Soon, he starred in critically acclaimed dramas, record-setting blockbusters, and unforgettable classics. He continues to land fascinating roles, with the best Johnny Depp characters coming in some of his most recent movies.

For instance, Depp portrays King Louis XV in the upcoming film Love Favorite. Eventually, Depp became the highest-paid actor in the industry. He’s famous for transforming into entirely different characters through his performance, costume, and makeup. At the same time, Depp has a reputation for portraying real-life people, including infamous criminals, renowned authors, and cult filmmakers. Here’s a look at the 15 best Johnny Depp characters. 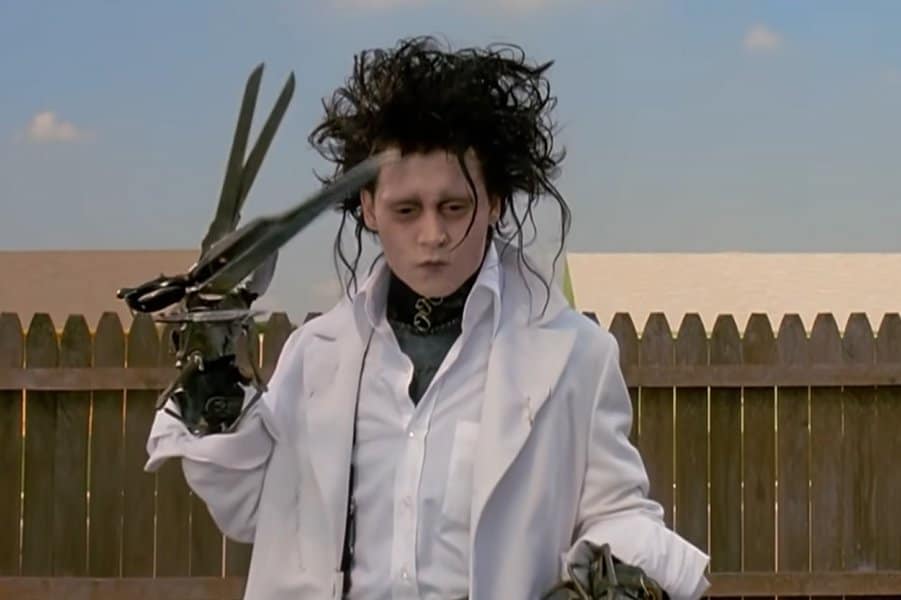 In 1990, Johnny Depp broke free of his teen idol status with his critically acclaimed performance as Edward Scissorhands. Directed by Tim Burton, Edward Scissorhands follows an unfinished humanoid with scissors for hands who falls in love with Kim Boggs (portrayed by Winona Ryder.)

The film was one of the highest-grossing movies of the year. Furthermore, it launched Depp’s movie career and started his long collaboration with Burton. 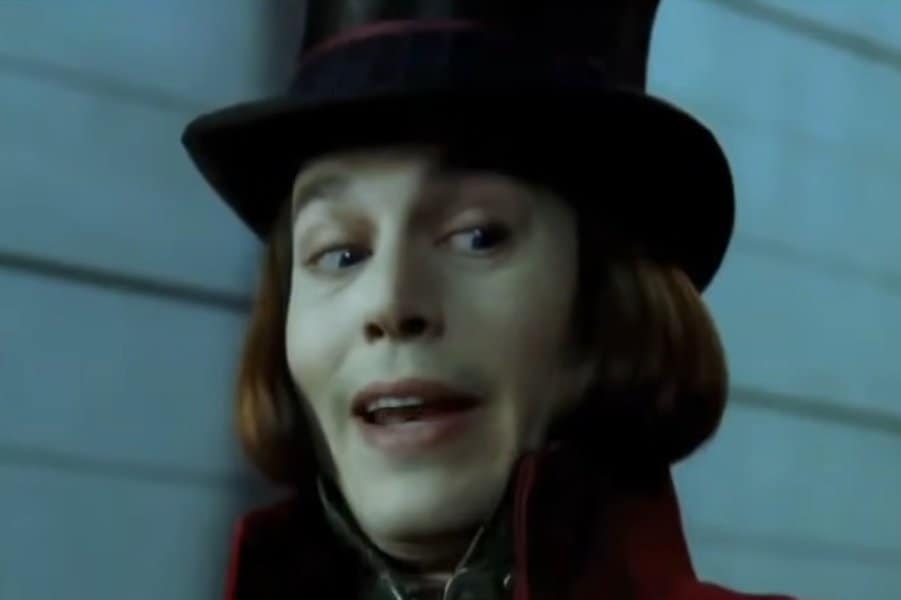 Johnny Depp and Tim Burton’s collaborations continued with the classic 2005 musical Charlie and the Chocolate Factory. Also starring Helena Bonham Carter, Freddie Highmore, and David Kelly, the plot revolves around a group of kids getting a tour of Willy Wonka’s chocolate factory.

Critics and fans praised Depp’s performance as the enigmatic Willy Wonka. Depp had the impossible task of following Gene Wilder in the role. Wilder famously starred in the 1971 original Willy Wonka and the Chocolate Factory. Depp’s impressive performance set him apart from Wilder’s iconic version. 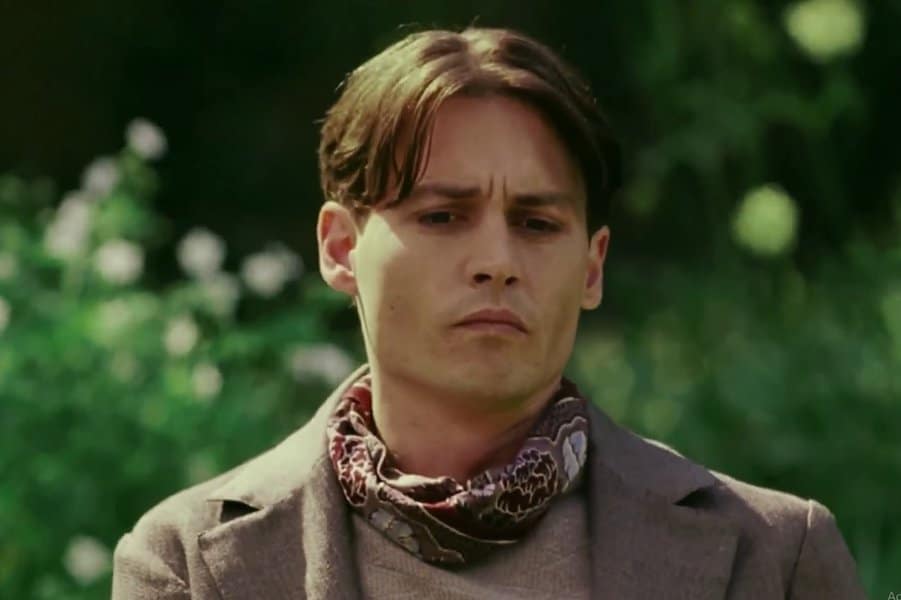 Johnny Depp portrays famous playwright J.M. Barrie in the Best Picture-nominated biopic Finding Neverland in 2004. The plot follows Barrie in 1898 as he befriends the family that inspires his most remarkable work, Peter Pan.

Considered one of the best movies of the year, Depp impressed audiences with his memorable performance. Furthermore, the film received universal praise from critics and several award nominations, including Depp for Best Actor. 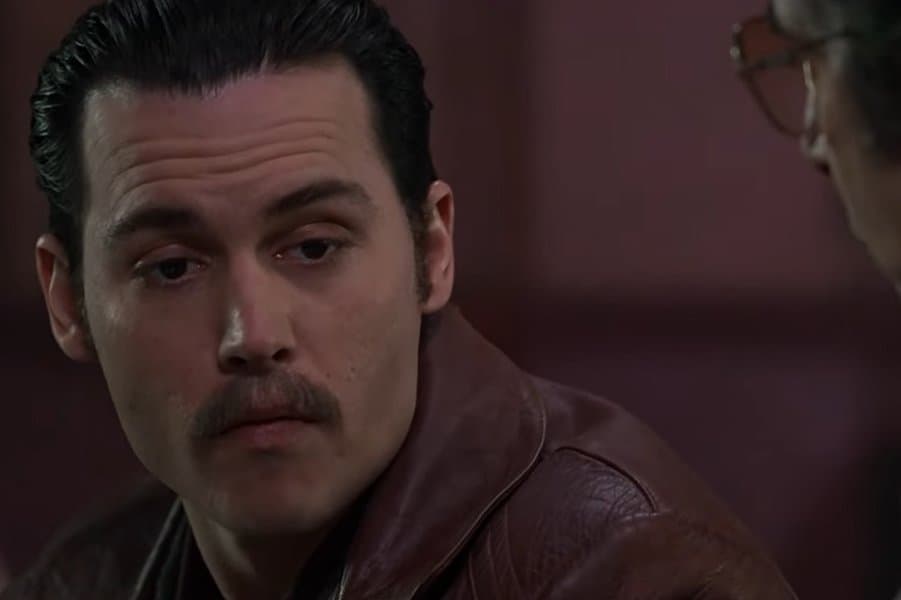 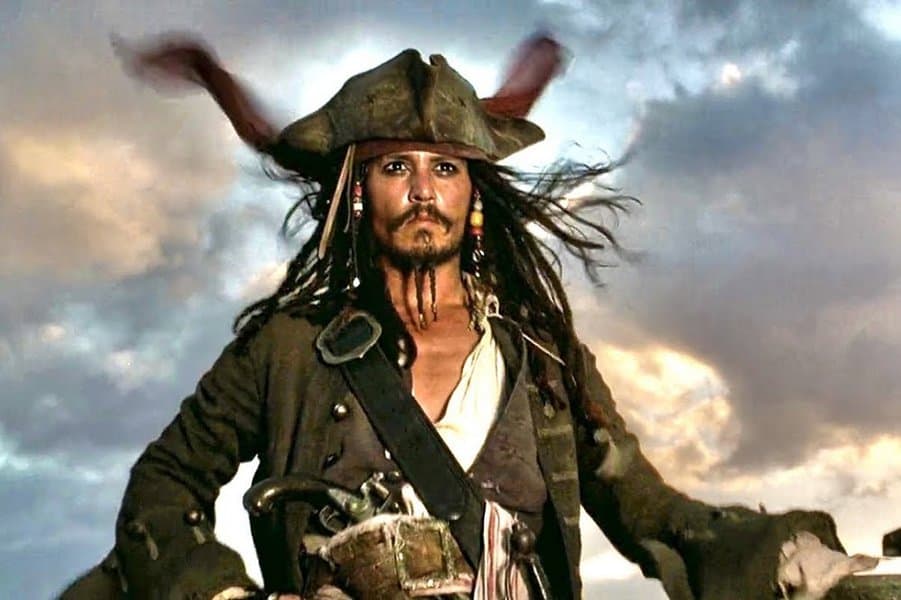 Jack Sparrow is one of the main characters of the incredibly successful Pirates of the Caribbean franchise. Sparrow is an infamous pirate of the Seven Seas. Easily recognizable by his drunken walk, he’s an intelligent pirate that’ll run from a fight if it serves his purpose.

See more about - 15 Images Of A Young Johnny Depp 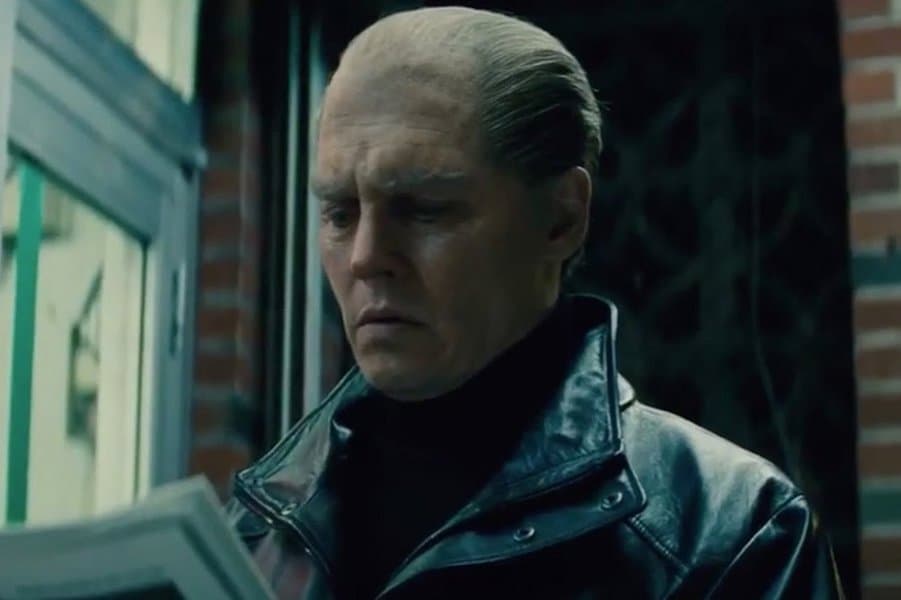 However, Depp stole the spotlight with his memorable performance as Bulger. Often considered Depp’s best performance in recent years, it helped re-establish his status as an A-lister in Hollywood. 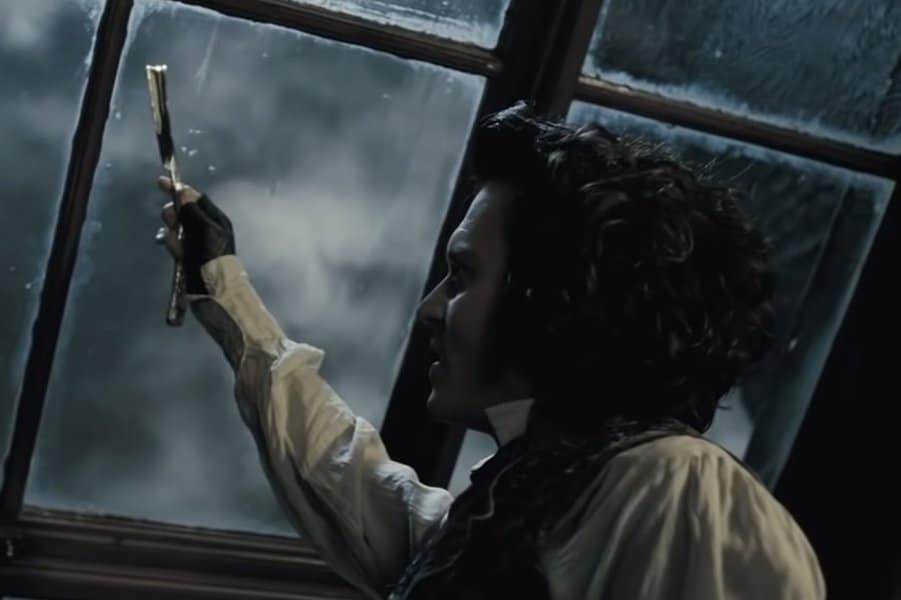 Reuniting Tim Burton and Johnny Depp, Sweeny Todd: The Demon Barber of Fleet Street was a gigantic hit. English serial killer and barber Sweeny Todd uses a straight-edge razor to kill his victims. With the assistance of his accessory Mrs. Lovett (portrayed by Helena Bonham Carter), they bake the victims into meat pies and sell them from Lovett’s shop.

Despite not knowing how to sing, Depp delivered an unforgettable performance. Audiences flocked to theatres as critics gave the movie high praise. 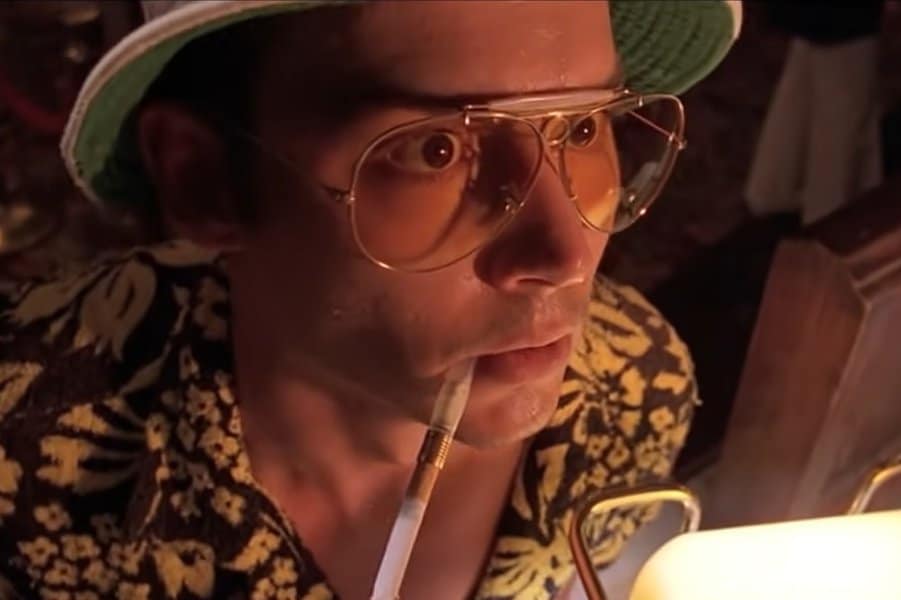 With his yellow aviator glasses and bucket hat, journalist Raoul Duke speeds to Las Vegas with his good friend Dr. Gonzo in the passenger seat. The two friends explore Vegas on an array of different drugs. Based on the Hunter S. Thompson autobiography of the same name, Fear and Loathing in Las Vegas stars Johnny Depp as Duke, with Benicio del Toro portraying Gonzo.

Duke is a fictionalized version of Thompson, who appeared in several of his works. Thompson considered several actors to play him but knew it had to be Depp upon meeting him. Despite bombing at the box office, Fear and Loathing in Las Vegas became a cult classic and one of Depp’s best roles. 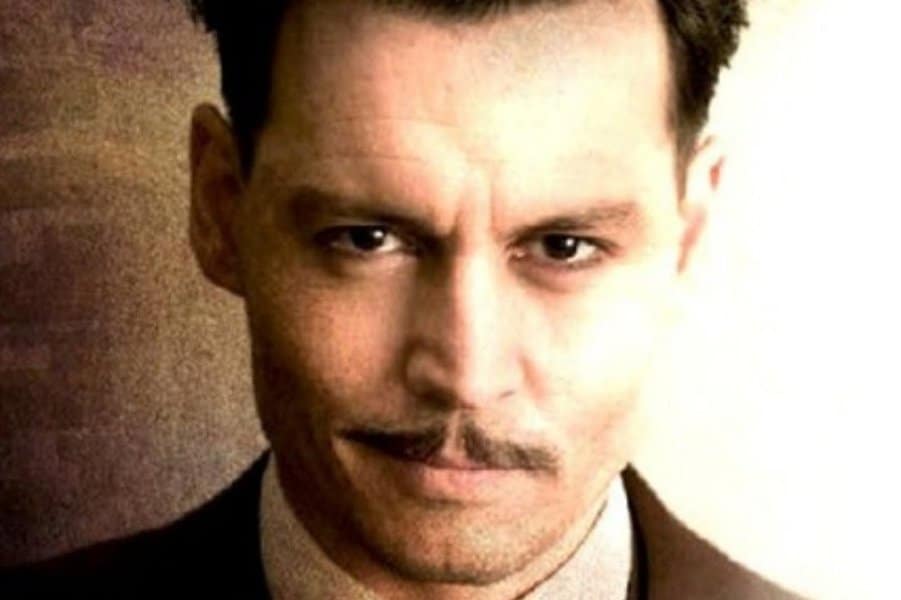 Throughout his career, Johnny Depp has had a knack for portraying real-life criminals like the infamous John Dillinger. Featuring an ensemble cast, Depp starred as Dillinger in the 2009 biographical crime film Public Enemies.

The film focuses on the final years of Dillinger’s life as the FBI’s hunt intensifies. 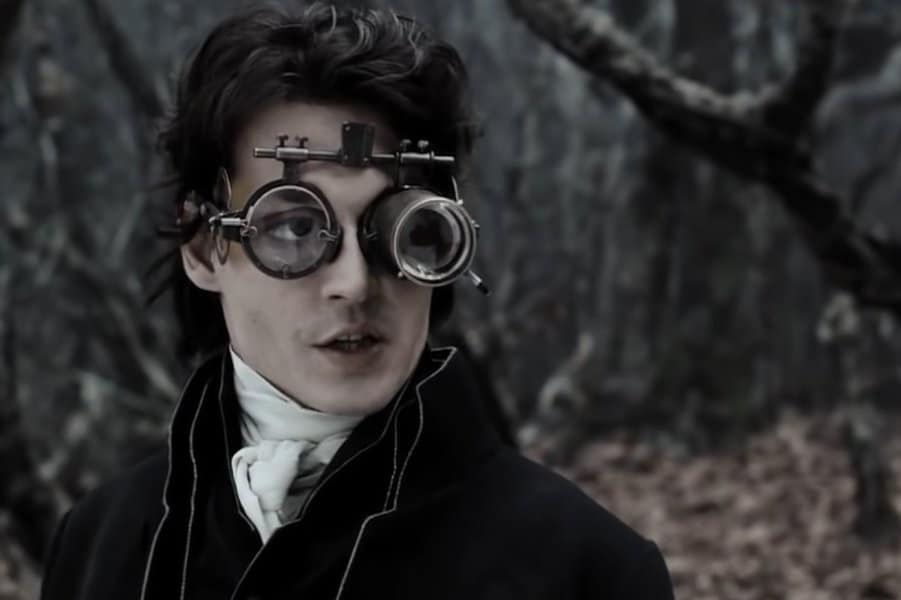 One of the most popular movies of 1999, Sleepy Hollow teams Tim Burton and Johnny Depp for the third time. Police detective Ichabod Crane travels to the small village of Sleepy Hollow to investigate the strange case of the headless horseman in 1799. Depp took a different approach to the brilliant detective.

Crane is a firm believer in modern science as a tool to solve puzzling mysteries. Plus, Crane can’t handle the sight of blood or creepy little insects despite his profession, adding a touch of humor to the movie. 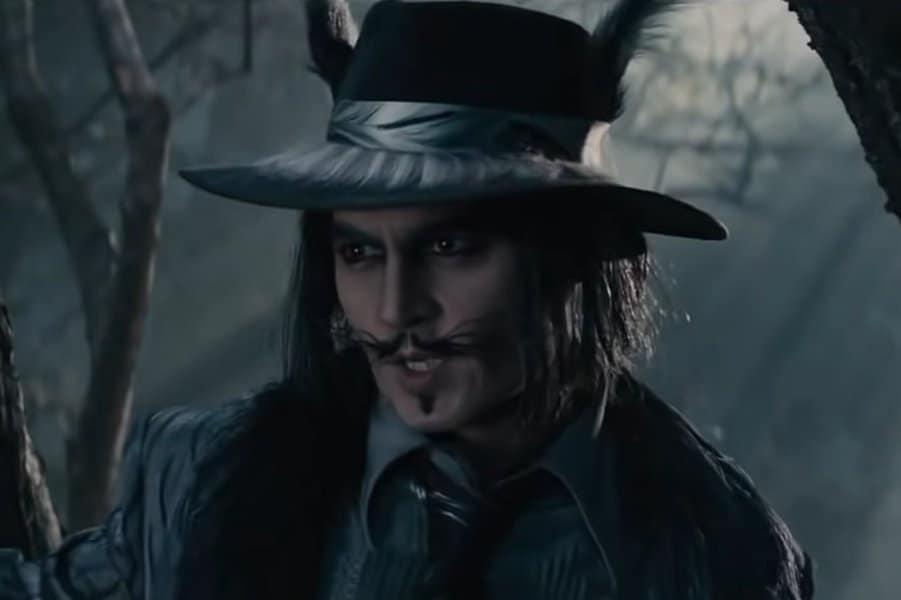 The 2014 musical Into the Woods combines elements of famous fairy tales, including Little Red Riding Hood, Cinderella, and Jack and the Beanstalk. Johnny Depp added a unique twist to his version of the classic fairy tale character, the Big Bad Wolf.

Instead of the typical wolf, Depp portrays a sly and slick wolf in sheep’s clothing. Depp’s creative performance as the Wolf stands out among an ensemble cast that includes Emily Blunt, James Corden, and Meryl Streep. 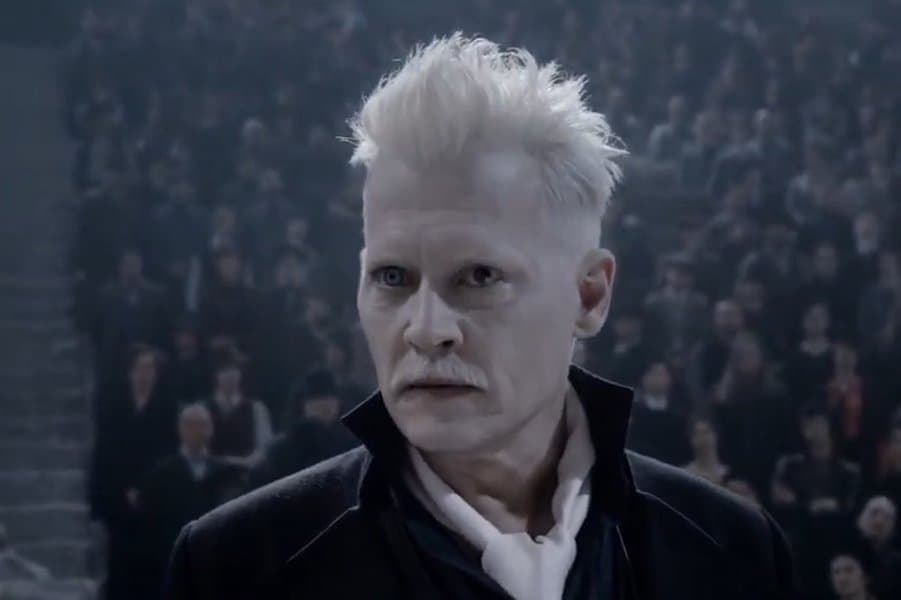 In 2016, Johnny Depp landed the role of infamous dark wizard Gellert Grindelwald in the tenth Wizarding World film, Fantastic Beasts: The Crimes of Grindelwald. The plot follows Newt Scamander and Albus Dumbledore as they square off with Grindelwald. However, Depp’s casting created controversy due to the domestic abuse allegations from his ex-wife, Amber Heard.

Regardless, Depp delivered a stellar performance in the film, but due to the controversy, the studio recast Mads Mikkelsen as Grindelwald in the franchise. 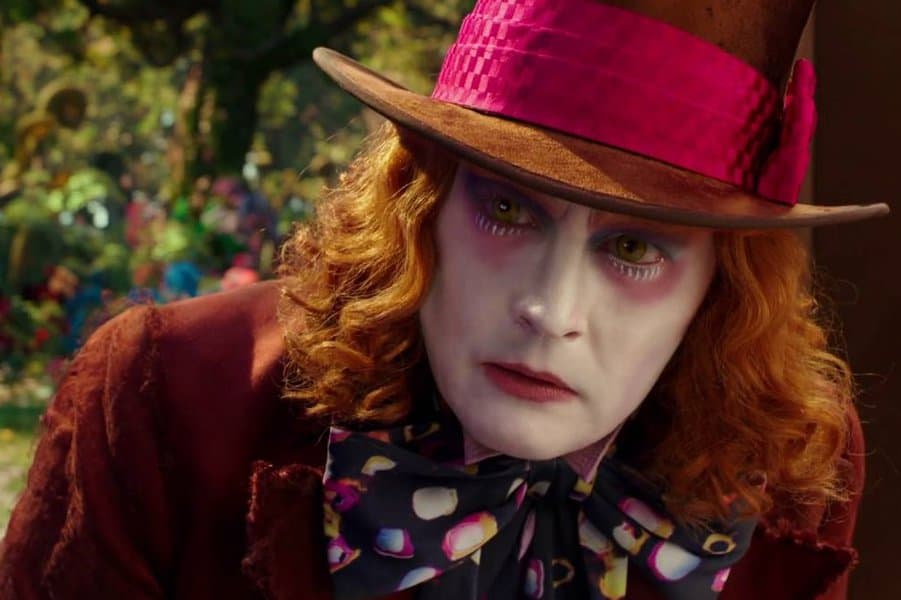 Based on the famous novel of the same name, Tim Burton’s Alice in Wonderland hit theatres in 2010. It tells the classic tale of Alice falling down a rabbit hole to Wonderland. Alice then meets the unorthodox mayor of Wonderland, Tarrant Hightopp, aka, The Mad Hatter.

While the film received mixed reviews, Johnny Depp’s portrayal of The Mad Hatter blew audiences away. Depp balanced the Mad Hatter’s whimsical nature and intense madness. With amazing makeup changing his appearance, Depp took the character to new places. Depp reprised his role in the 2016 sequel Through The Looking Glass. 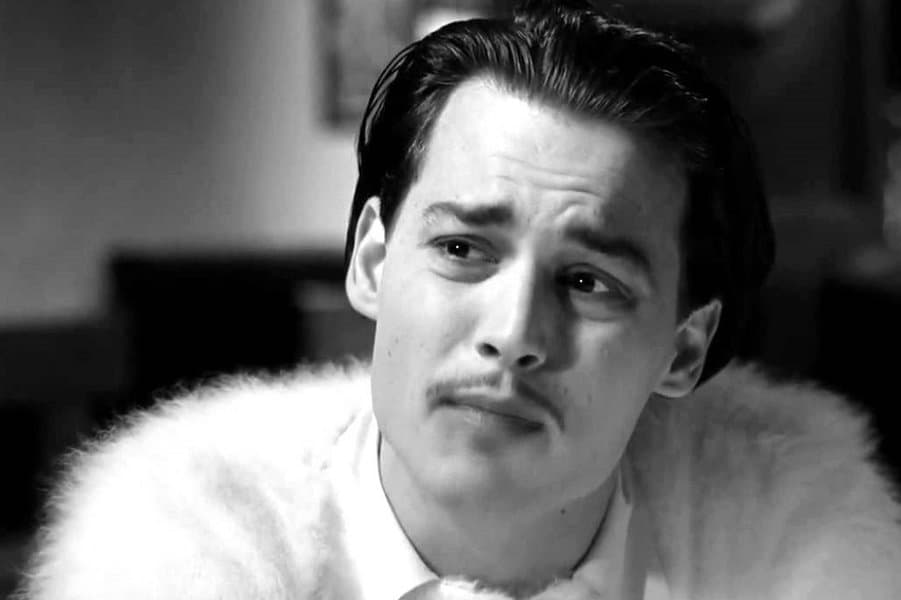 By 1994, Johnny Depp was ready to show the world a new side to his acting talent and skills. Tim Burton gave him that chance by casting him as cult filmmaker Ed Wood in the biographical film Ed Wood. Shot in black and white, it focuses on Woods’s career, his most famous movies, and his relationship with iconic actor Bela Lugosi (portrayed by Martin Landau.)

The film was a box office bomb, but critics praised the film, notably Depp’s performance as Wood. 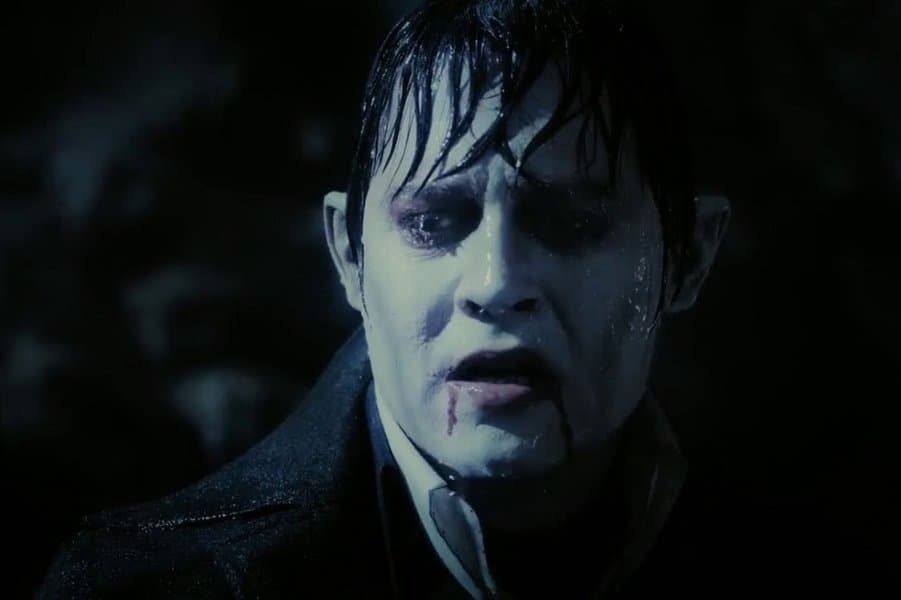 Based on the 1966 soap opera of the same name, Dark Shadows is the least successful collaboration between Tim Burton and Johnny Depp. Depp stars as a 175-year-old vampire, Barnabas Collins, who awakes in 1972.

While the 2012 reboot bombed, Depp’s performance was the only highlight of the movie. The humor comes from Depp’s portrayal and the culture shock he endures. Despite the film’s failure, Depp delivered one of his best performances.

See more about - Johnny Depp Friends: 14 People Who Have Stood By the Actor