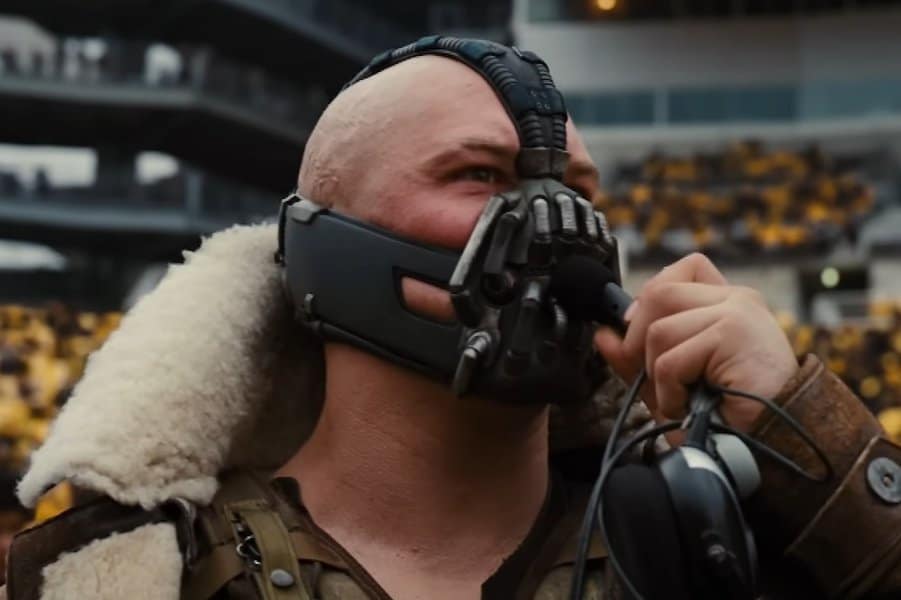 Masks have been part of civilization for thousands of years. Commonly used during ceremonies and rituals, the oldest mask is held at the Musée “Bible et Terre Sainte” in France and dates back almost 9,000 years. As humans evolved so did masks, changing from purely decorative to being used in the theatre, on the battlefield, and during surgery. They’ve also become part of everyday society after the COVID-19 pandemic swept the globe. And while all these uses for masks are great, some of the best masks are the ones worn by fictional masked characters in our favorite movies.

Whether trying to hide their face due to hideous scars, wanting to protect their privacy, or the need for a mask to survive, masked characters are some of the most iconic in movie history. Masks help these characters stand out, with many starring in classic flicks loved by moviegoers around the globe.

So whether it’s Michael Myers stalking his prey in Halloween or Batman taking on Bane in a battle of the masks, here are our picks for the greatest masked characters. 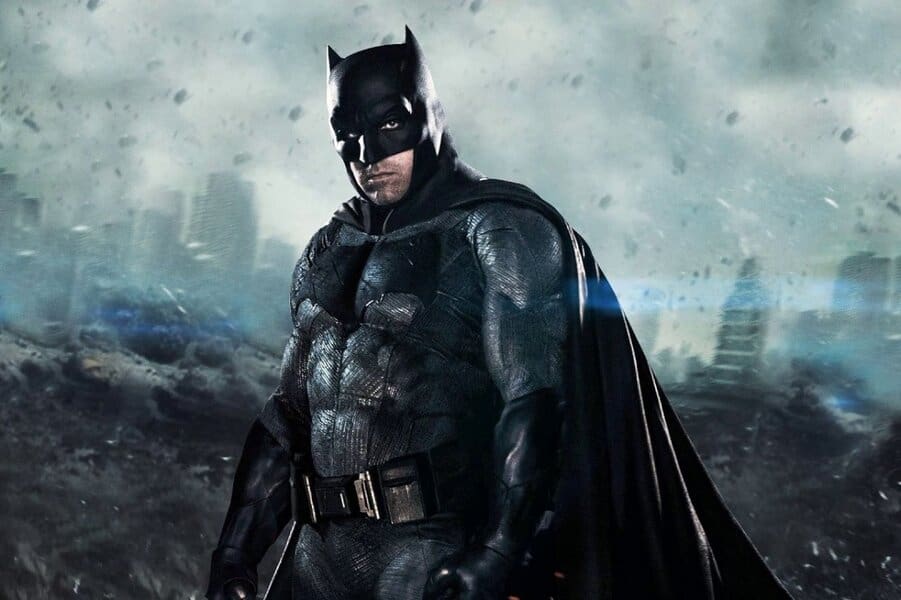 No list of masked characters is worth its salt without the addition of the Caped Crusader. Without his mask, Batman is just Bruce Wayne in a tight spandex suit. Once he puts on the mask he transforms into the crime-fighting Dark Knight. Wayne wears the mask as a symbol of his quest for justice and need to keep the people of Gotham safe.

The only surprising thing about Batman’s mask is that somebody hasn’t recognized him as Bruce Wayne. Considering it only covers the top half of his face it’s pretty obvious who is under the mask. 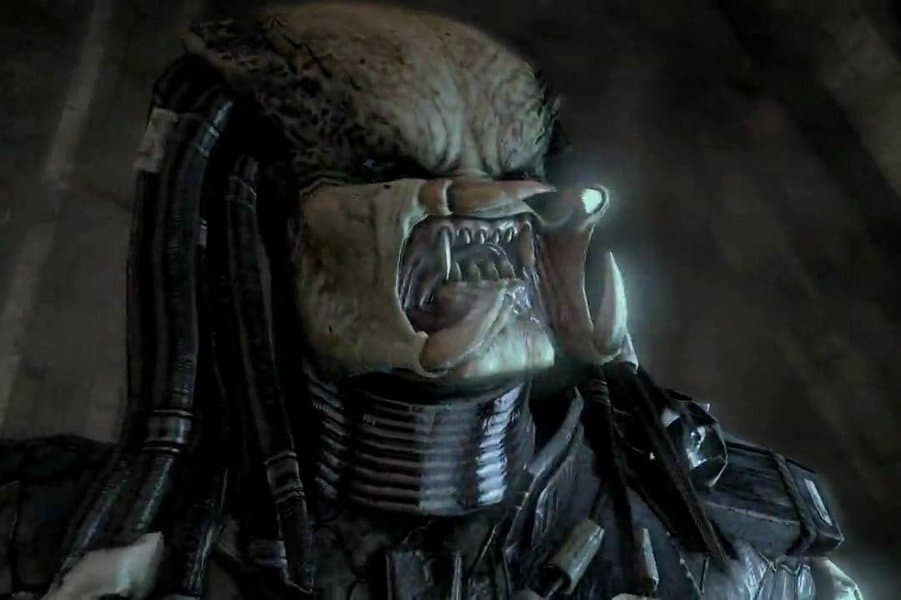 The alien race of Predators is one of cinema’s most iconic characters full stop. These tall humanoid creatures travel the universe hunting other species for fun. Possessed with advanced weaponry and unmatched combat skills, the Predators are not to be messed with.

One of the cool aspects of their getup is the masks they wear. Every Predator has its own uniquely designed mask that is not only ceremonial but keeps its face protected and safe from any toxins in the air. It’s probably for the best they keep their masks on most of the time because anyone who remembers the original 1987 movie Predator will recall just how shocking their face full of mandibles is. 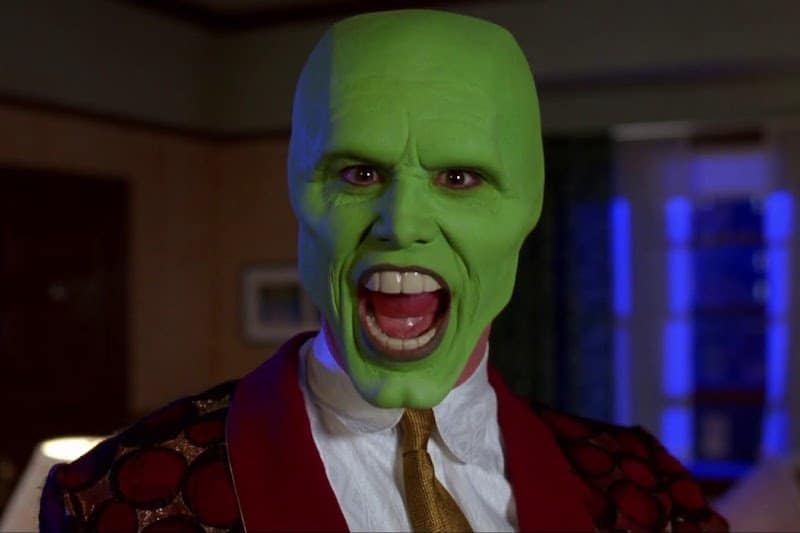 Jim Carrey made a name for himself playing The Mask in the hit 1994 comedy of the same name. Carrey plays loner Stanley Ipkiss, a bank clerk who finds an ancient wooden green mask. When he puts it on he turns into the ultra-confident, cartoon-faced The Mask. While being the mask gives him superpowers, it also attracts a lot of attention, with Ipkiss having to deal with a local gangster who wants the mask for nefarious purposes.

Based on the comic book series of the same name, The Mask was a box-office smash, earning $351.6 million worldwide. The movie is hilarious and allows Carrey to show off his rubber-faced antics and spawned a horrid sequel, a video game, and animated series. 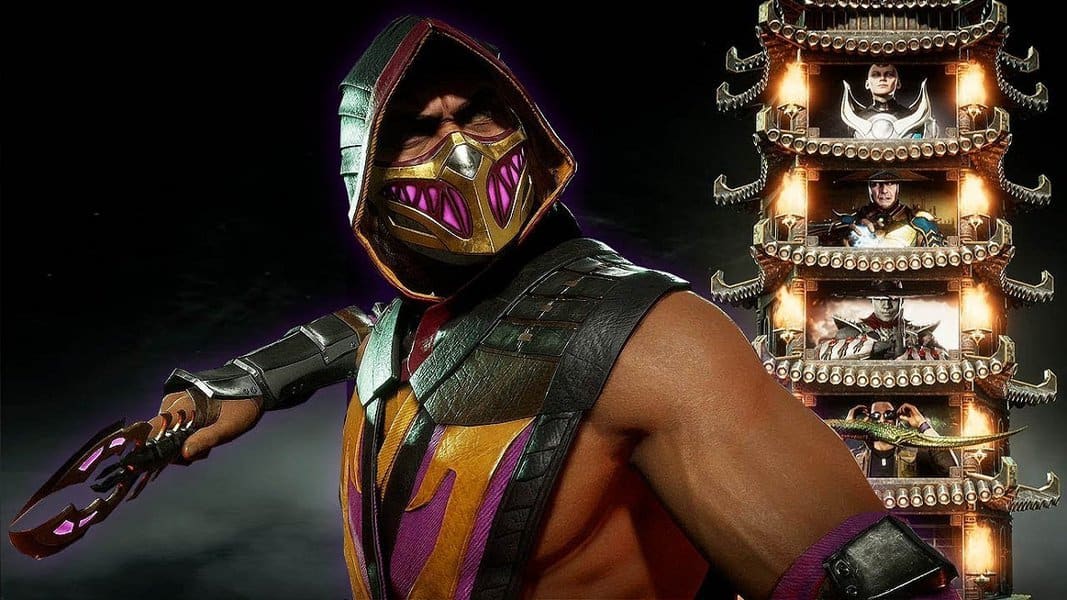 “Get over here!” This iconic phrase is spoken by Scorpion when he impales his victims with his kunai-rope dart in the video game Mortal Kombat. The yellow-garbed ninja, also known as Hanzo Hasashi, was part of the Shirai Ryu clan until he was killed by his rival Sub-Zero. Given the chance for revenge, Scorpion is restored to the world of the living and enters Mortal Kombat to take down his enemy.

Scorpion’s mask has evolved over the years, from a simple face covering in the first game to more sophisticated versions in recent games. 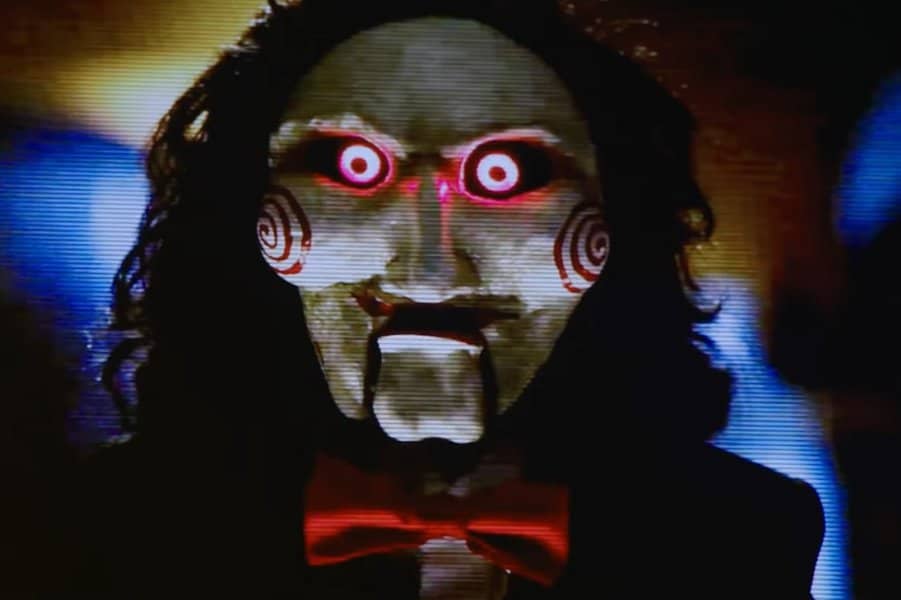 Jigsaw doesn’t actually wear a mask himself, but he does use the creepy puppet Billy, who happens to have a mask, to communicate with his victims. Tobin Bell’s unforgettable voice asks his captors, “Do you want to play a game?” before Billy’s white mask with blood-painted spirals shows up on a television screen to laugh in their faces. It’s even worse when he appears from nowhere on his little tricycle.

In Saw lore, Billy is a puppet John “Jigsaw” Krammer created to give to his unborn child until his wife had a miscarriage due to an accident at work, which kick-starts his sinister revenge plans. He now uses Billy as a way to relay his instructions to those he deems need saving. 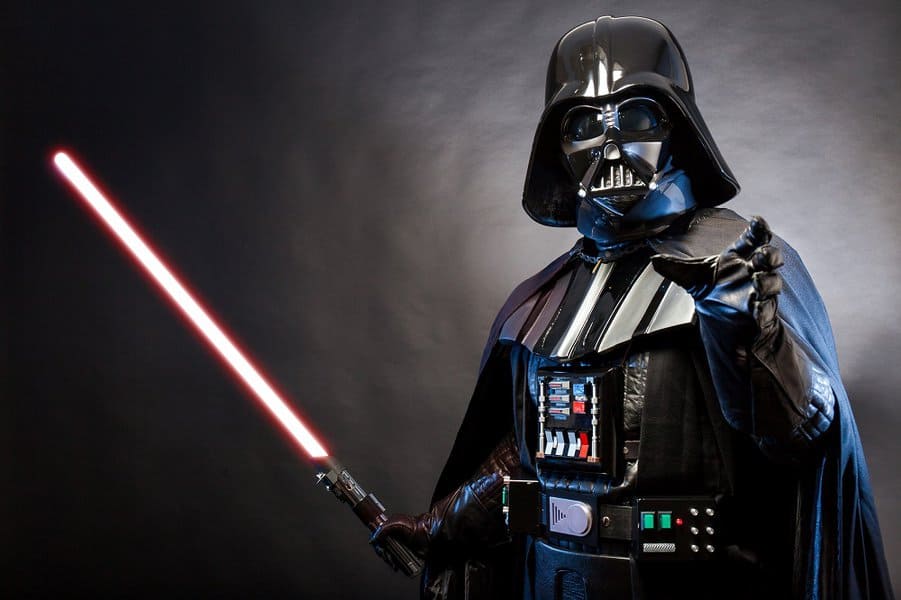 One of the great movie villains, Darth Vader also has an unforgettable mask. Matching his black outfit, the haunting mask is worn by Vader not only as a way to intimidate his enemies but also because it enables him to use his cybernetics, as the mask actually plugs into his head. It also helps him speak, giving him that famous baritone.

While the mask does go through a few slight tweaks over the course of the Star Wars saga, it never changes drastically and still retains the menace that hangs over the character of Vader.

See more about - All 9 Actors Who Played Superman

Tom Hardy made Bane a truly unique character when he appeared in The Dark Knight Rises. Hardy is massive just like Bane in the comics, but his mask is something else. It’s actually very reminiscent of the Predator without its mask on. Not only does his appearance strike fear into his enemies, but the mask serves a practical use. It provides Bane with a drug that helps ease the pain he is constantly in from the war wounds he acquired while in prison.

While not everyone is a fan of the voice – with Bane sounding more Batman than Batman – there is no doubt he’s a scary and iconic character with a mask who makes a big splash every time he is on the screen. 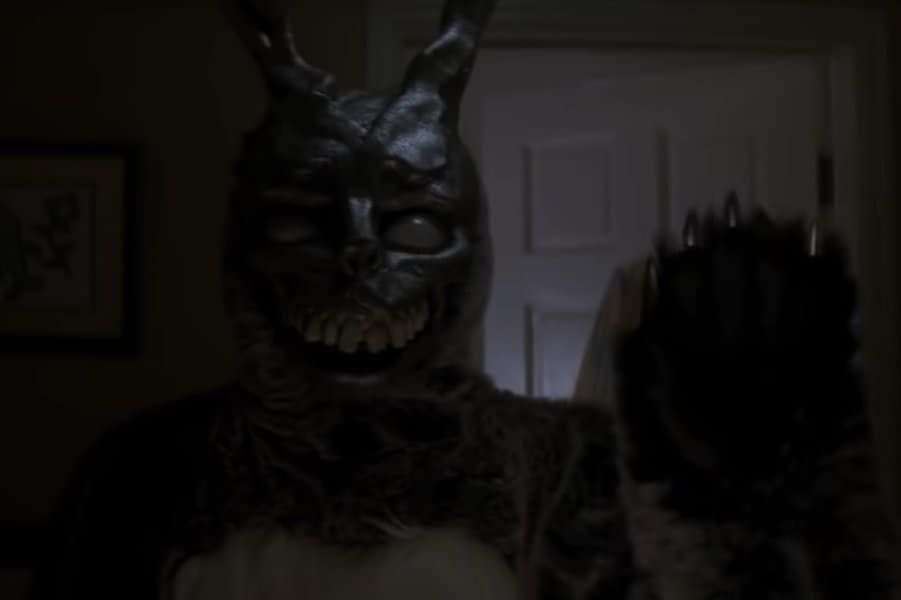 If you understand what is going on in the movie Donnie Darko then you know even more than the lead actor Jake Gyllenhaal. The mind-bending drama from Richard Kelly about the final weeks of the earth is absolutely bonkers.

One of the strangest character’s in the movie is Frank, a mysterious time traveler in a rabbit suit who also wears a terrifying mask that will give you nightmares. He advises Gyllenhaal during his final days and pops up at the climax of the movie to fuck with your mind even more. 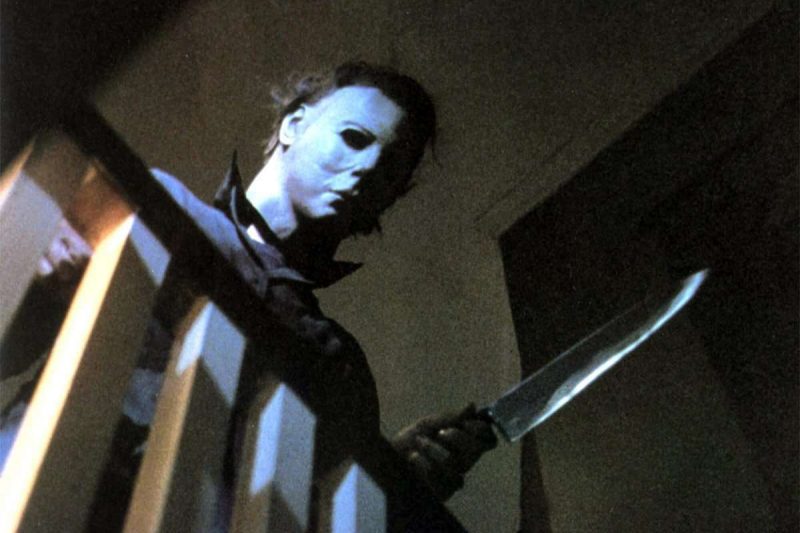 The masked killer from the Halloween movies is one of the great horror characters. A relentless killing machine who can’t be killed, The Shape is all your fears wrapped up in one faceless killer. In total there have been 13 incarnations of the characters, with subtle changes made to the mask depending on the film and director.

The best version is still the original, with the mask actually a William Shatner mask painted white. It’s so unbelievable that Shatner didn’t even believe it either! 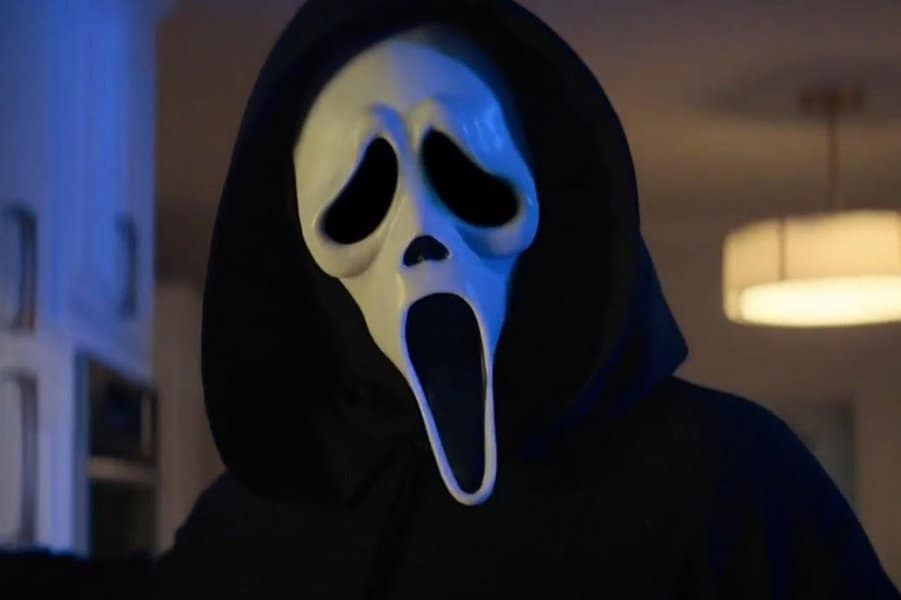 You find some of the best masks in horror movies, and the Ghostface mask from Scream is one of the best in recent years. If the mask looks a little familiar, that’s because it’s modeled after Edvard Munch’s The Scream painting. The white mask and black clothing combo make for a great serial killer get-up, while the killer’s digitized voice also adds another touch of menace.

While the killer continues to change throughout the series, the Ghostface mask remains the same, making it the one constant in the Scream universe. 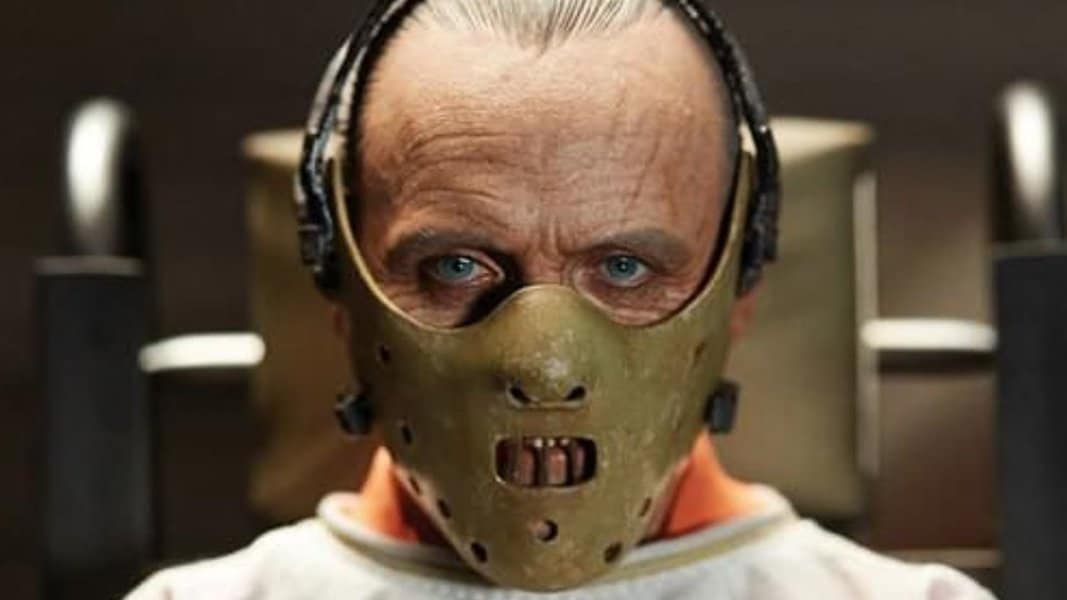 While not a mask he wears on the regular, when Hannibal Lector is being escorted from prison he is put in a straight jacket and a horrifying mask that’s like the bottom half of a hockey mask with a mouthpiece with little bars to stop Lector from eating anyone.

The mask only works because Anthony Hopkins is memorizing as Hannibal the Cannibal, a serial killer who enjoys chowing down on his victims. While Hopkins has played the character in three movies, Silence of the Lambs is the pick of the bunch and the one where the mask is most prevalent. 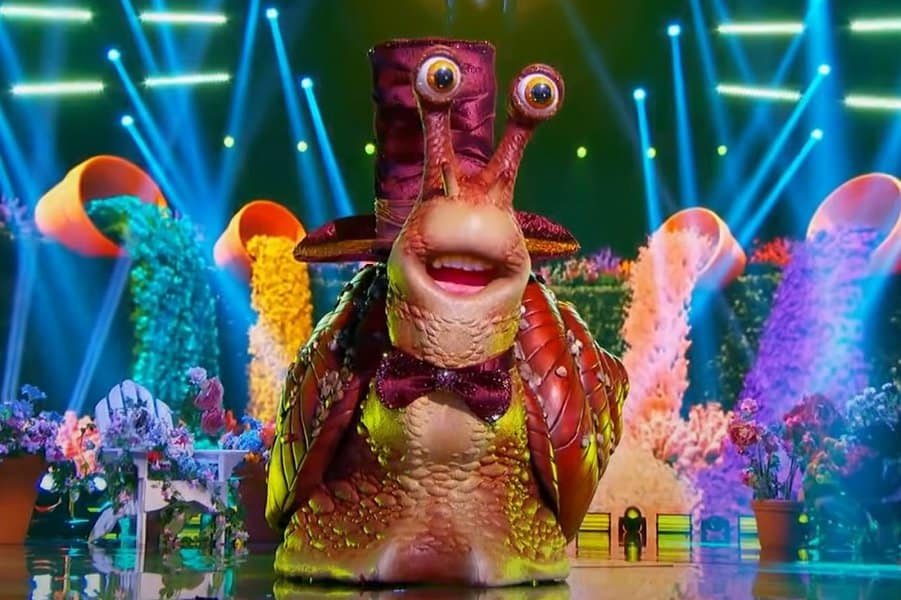 The Masked Singer is a hit around the world and finds celebrities singing while in crazy costumes, with a panel of famous faces having to guess their identity. Syndicated in over 55 countries in the world, the American version currently features Ken Jeong, Nicole Scherzinger, Robin Thicke, and Jenny McCarthy Wahlberg as the judges.

One of the most talked about moments from the series was when the identity of the snail was revealed to be Kermit the Frog in episode five of season eight. He was the first fictional character to appear on the show but didn’t get past the first round, getting the boot after his rendition of Hall & Oats’ “You Make My Dreams (Come True).”

See more about - From Adam West To Robert Pattinson: All The Live-Action Batman Actors In Order Of Appearance