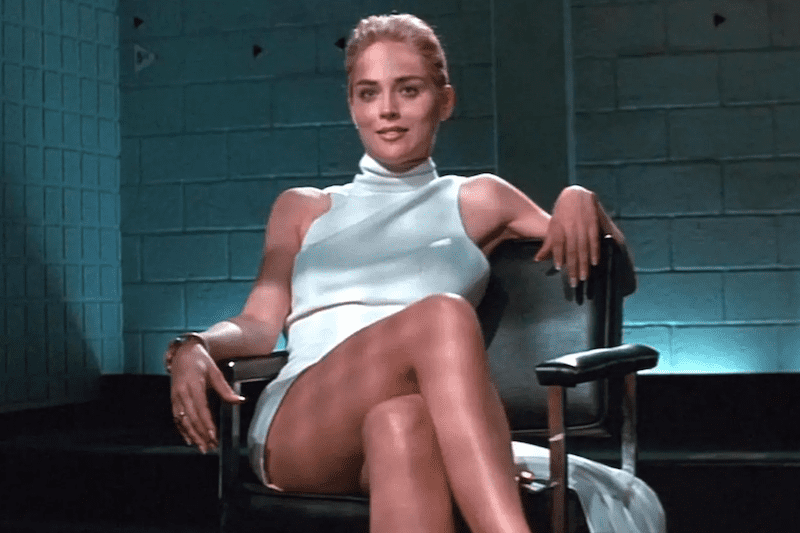 Similar in vein to the 50 Shades of Grey trilogy, this sex-fueled drama concerns an Italian mafioso who kidnaps a Polish woman for 356 days to try and make her fall in love with him. The movie itself is chock full of sexually explicit scenes, with stars Anna-Maria Sieklucka and Michele Morrone doing their best to make things look as life-like as possible. With two sequels in production, you might be waiting a while until the next installment drops.

Adapted from the 1969 French film The Unfaithful Wife, this sexually stimulating romp concerns a couple played by Richard Gere and Diane Lane. They seem to have the perfect marriage, but when Lane meets Kylie Minogue’s ex Olivier Martinez, the two embark on a torrid affair. As Lane begins to take more risks and lets her sexual attraction to Martinez take over her life, Gere begins to notice something isn’t right and hires a private detective to find out what is going on.

Plot aside, his film is hot. The sex scenes between Lane and Martinez will have you blushing. It’s probably the most sexually stimulating mainstream movie since Basic Instinct, and that’s saying something.

Douglas plays San Francisco police detective Nick Curran who is investigating the death of a rock star. The prime suspect is Stone’s sexy author Catherine Tramell. The two embark on an affair that threatens to derail the murder case as you start to wonder who the killer really is. Not only does Basic Instinct feature some hot and heavy sex scenes (as well as a controversial rape), but is best remembered for that moment when Stone shows it all while being interrogated by the police. It is the most paused moment in film history!

Based on Philippe Djian’s 1985 novel of the same name, Betty Blue is a depressing and at times bleak look at romance spliced with plenty of nudity and sex. The film follows struggling thirtysomething writer Zorg and his relationship with the volatile 19-year-old-Betty. The duo fight as much as they have sex and often find themselves on the run due to Betty’s violent temper. Betty Blue was a smash hit in France and is part of the cinéma du look movement of the 80s, where the aesthetics of a film were seen as more important than plot or narrative.

Along with Basic Instinct, this movie proved erotic thrillers could make big bucks at the box office. While it did bomb in the States, it made over $100 million overseas, with the soundtrack also being a cash cow. The film itself captures Kim Basinger and Mickey Rourke at their prime. 9 1/2 Weeks details a short but explosive affair between a New York art gallery worker (Basinger) and a Wall Street broker (Rourke). It’s quite explicit for the 80s, although the final cut was heavily edited. There is an ‘uncut, uncensored version’ that adds an extra 17 minutes for those who want to see some more action between the two sexy leads.

Although the film was a critical and commercial failure, it has gained a cult following over the years. This is due to the unrated director’s cut that includes an additional 12 minutes of footage and the incredible ensemble cast. Chazz Palminteri, Holt McCallany, Angie Everhart, Michael Biehn, and Victor Wong all help make Jade a more than watchable thriller.

As the title implies, there is a lot of sex in this two-part anthology from acclaimed director Lars von Trier. Self-diagnosed nymphomaniac Joe (Charlotte Gainsbourg) is found by a strange bachelor Seligman (Stellan Skarsgard) after being attacked. As he helps her recover at his home, she tells him her life story and the erotic moments that have impacted her. Split into eight chapters, Nymphomaniac is not only full of sex but features an incredible cast. Along with Gainsbourg and Skarsgard, the likes of Willem Dafoe, Uma Thurman, Jamie Bell, Connie Nielsen, Shia LaBeouf, and Christian Slater all lend their talents.

The second Sharon Stone film to make the list, Sliver came just a year after Basic Instinct, with Stone capitalizing on her newfound success. This time around she plays the victim. Stone is a divorced book editor who moves into an exclusive apartment building in New York. She begins an affair with William Baldwin as bodies start to pile up and it is revealed there is a killer on the loose. The storyline for this one is a bit all over the place–there were constant rewrites and reshoots with the original killer’s identity being changed–with the initial release having many graphic sex scenes cut. It’s not a great film but the sexual chemistry between Stone and Baldwin is surprisingly steamy, despite the fact they didn’t get along during the shoot.

If you are after an engaging movie with great dialogue and even better acting, you’ve come to the wrong place. But if you want to watch two of the sexiest actors on the planet get it on then Original Sin is the movie for you. The sexual chemistry between Antonio Banderas and Angelina Jolie is off the charts and it is hard not to think the two might have carried on between takes. As for the movie itself, it’s full of betrayals, double lives being led, and an appearance from Thomas Jane, but none of this compares to Banderas and Jolie getting jiggy with it.

Lelia has an insatiable sexual appetite that she can’t fulfill until she meets David. Together the two embark on a torrid affair that pushes the boundaries and impacts them on both a physical and emotional level. Lie With Me deals with themes of intimacy, abandonment, and sexuality and is another sex-heavy movie that features unsimulated sex. This film also has a great soundtrack that includes music by Broken Social Scene and Annelise Noronha.

Before the Wachowskis’ hit the big time with The Matrix, they announced themselves with this cult crime thriller. Bound stars Jennifer Tilly as Violet, a young woman trapped in an abusive relationship with her mafia boyfriend Caesar (Joe Pantoliano). She engages in an affair with ex-con Corky (Gina Gershon) and plots to leave Caesar while also stealing $2 million in mob money. While not as sexually graphic as some of the films on this list, Bound does have some spicy scenes. The lesbian relationship between Tilly and Gershon has been well received by the LGBTQIA+ community. This is a violent, sexually charged neo-noir that will have you on the edge of your seat until the shocking conclusion.

Inspired by the 1944 classic movie Double Indemnity, Body Heat is Lawerence Kasdan’s take on the neo-noir genre. Kathleen Turner’s sexually conniving Matty Walker seduces William Hurt’s timid lawyer Ned Racine. She convinces him to kill her husband so they can make off with his fortune. As the plan is set in motion Racine soon discovers Walker might not be who she claims to be. Besides the graphic sex scenes, Body Heat also has a fantastic script that highlights Turner’s acting in her debut role. Body Heat was a critical and commercial success. The film launched the career of Kathleen Turner and is recognized as one of the top erotic thrillers ever produced.

See more about - The 15 Best Thriller Movies of All Time