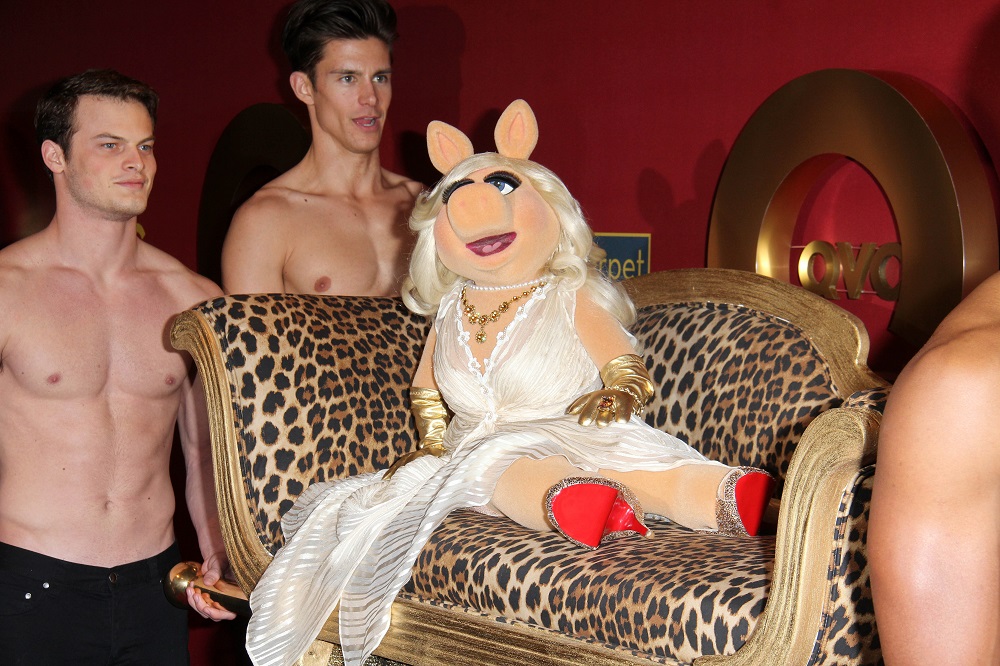 10 Famous Pigs in Movies Everybody Loves

Who knew there are so many famous pigs in movies? While the old Hollywood saying goes “you should never work with children or animals,” it seems pigs are the exception. These cute four-legged creatures pop up in some of the greatest movies of the past three decades. They might not be as appreciated as movie monkeys, but pigs have made their mark in plenty of tremendous movies.

While many are animated, such as Hamm from Toy Story and Miss Piggy from The Muppets, there are several real-life piggies who have also starred on the big screen. To celebrate these charismatic hogs and their cinematic achievements, here are 10 of the most famous pigs in movies.

10 Famous Pigs in Movies Everybody Loves 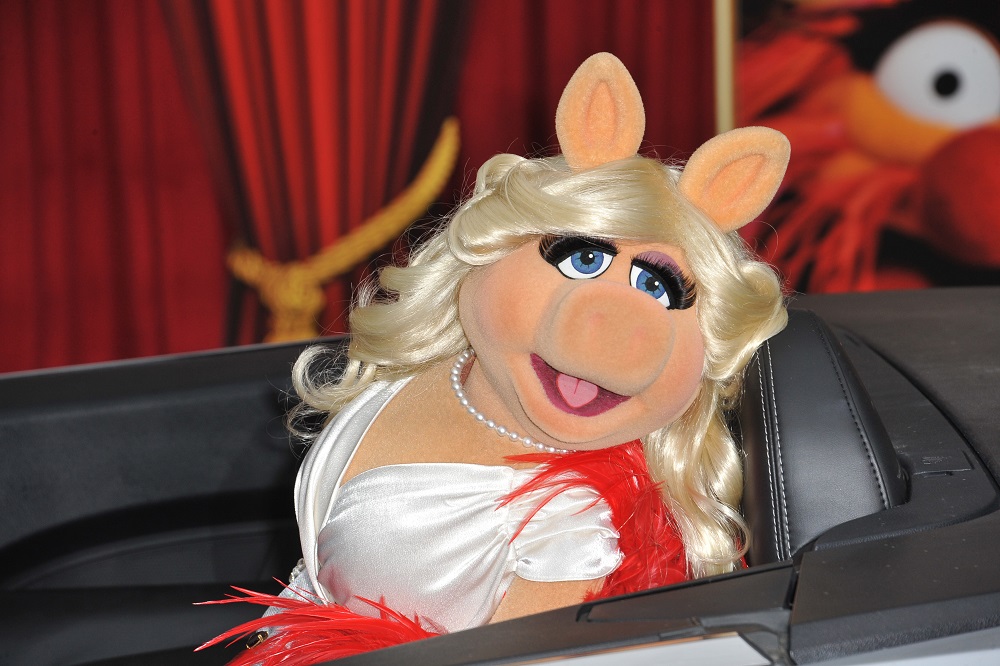 You can’t have a list of famous oinkers without including Miss Piggy. Not only is she a famous pig, but one of the most recognized Muppets of all time. First finding fame on The Muppet Show, Miss Piggy has appeared in all The Muppet movies over the journey, including the classic 1979 original, The Muppet Movie.

Somewhat of a diva, Miss Piggy is a karate expert with a love of French phrases. She also has an on-again/off-again romance with Kermit the Frog. According to an interview with the British tabloid The Sun, Miss Piggy and Kermit are no longer together, but this could change at any minute, as they are never apart too long. 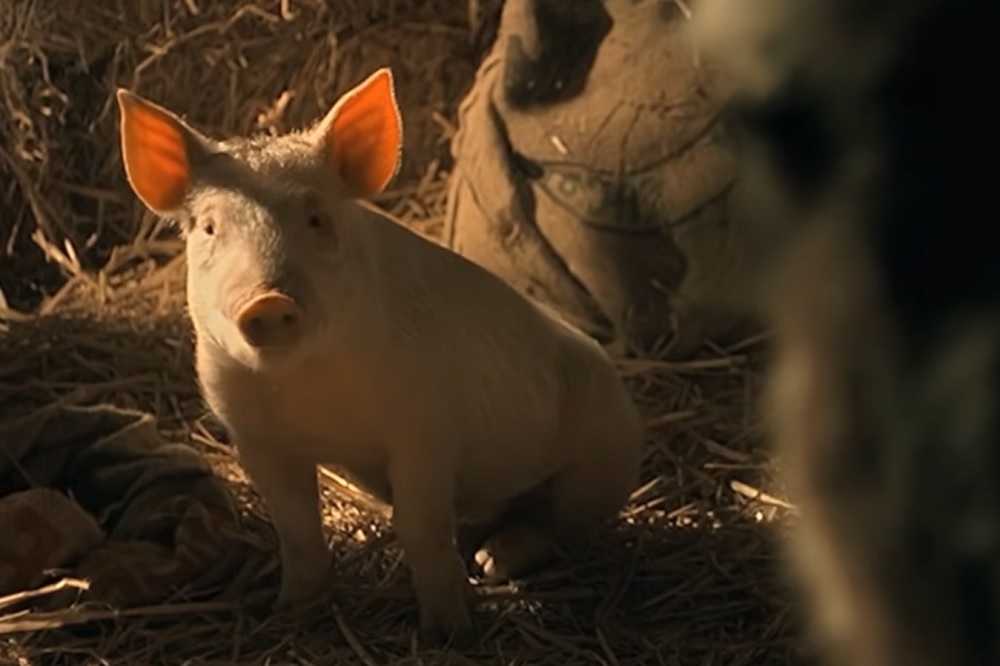 This one is a little tricky as there is more than one pig that played Babe in the movie of the same name. Adapted from Dick King-Smith’s 1983 novel The Sheep-Pig, about a piglet that wants to be a sheepdog, Babe is a heartwarming Aussie flick that won an Academy Award for Best Visual Effects.

The part of Babe is played by 48 different white Yorkshire pigs. The reason for this is that they grew up so fast during filming they had to keep on being replaced. As well as actual pigs, the film also uses animatronic pigs for some scenes. Christine Cavanaugh provides the memorable voice of Babe. 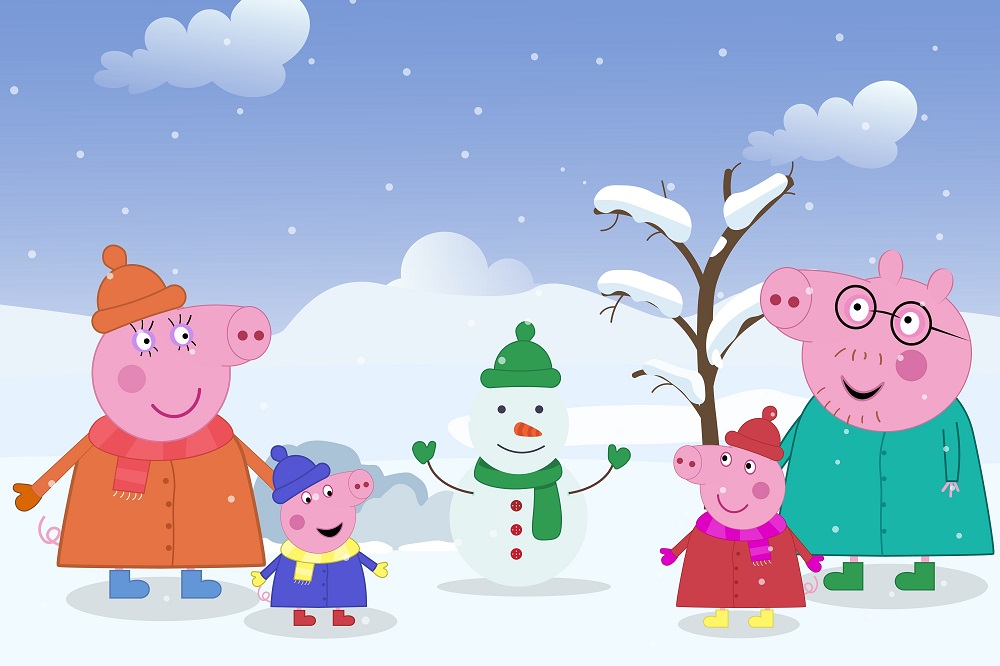 Similar to Miss Piggy, Peppa Pig got her start on the small screen with the hugely successful Peppa Pig series. The show follows the adventures of the female piglet Peppa and her animal friends. Peppa is so popular that the show has been broadcast in over 180 countries.

This led to My First Cinema Experience, a Peppa Pig movie tailored for young moviegoers. It features unreleased episodes and musical interludes, with the stage-show puppet versions of Peppa and her friend Geroge, along with human buddy Emily, all appearing.

Peppa Pig is so famous she has several theme parks named after her, has appeared in three video games, and has a large range of merchandise to keep creators Neville Astley and Mark Baker’s pockets full. 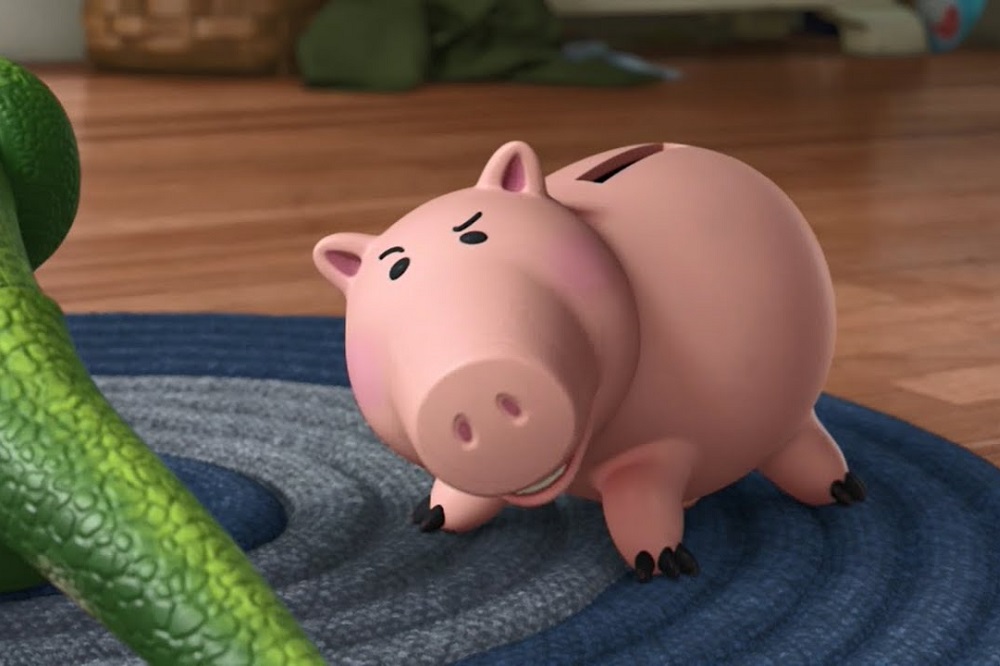 Appearing in four Toy Story movies, Hamm is a wise-cracking pig who’s friends with Woody and Buzz. Andy gives him the alter ego Evil Dr. Porkchop, but he’s really a kind and caring piggy bank. Hamm’s best buddy is Mr Potato Head and he often aims his barbs in the direction of poor old Rex.

While only a minor character, Hamm is always memorable when he appears on the screen. He seems to have the most common sense out of all of the toys and is also a bit of a tech wizard. 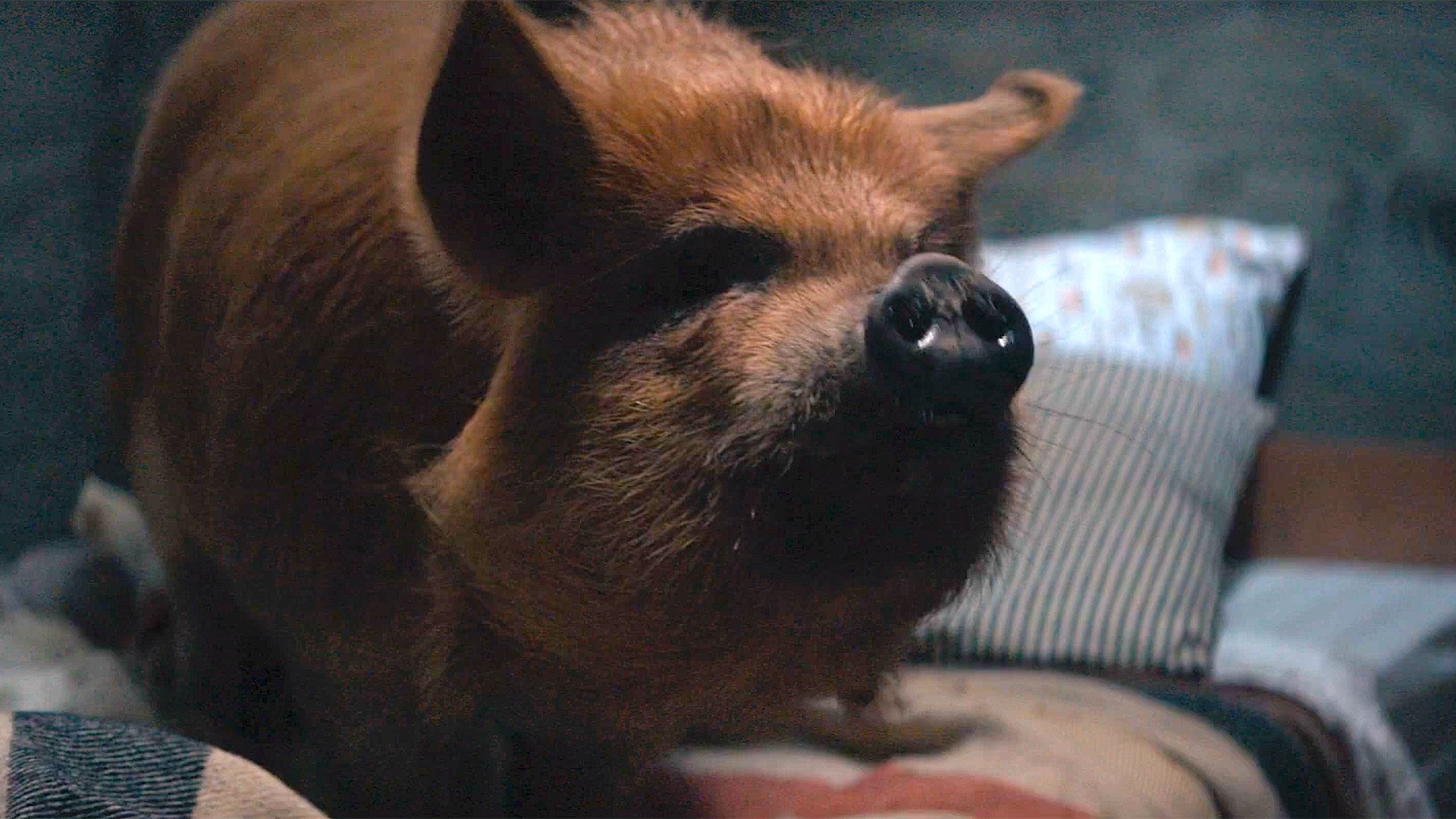 While never mentioned by her actual name in the movie, Brandy is the truffle-loving piggy from the movie Pig. She doesn’t get much screen time either, but her disappearance is the catalyst for everything that happens in the film, making her worth mentioning.

A purebred Kunekune – a small breed of pig from New Zealand – Brandy is kidnapped in the film and unfortunately killed. This forces her owner, Robin (an incredible Nicolas Cage), to leave his cabin deep in the woods and find out what happened.

Pig is one of the best films of Cage’s career and comes highly recommended by critics and fans, especially those who need a reminder of how great Cage is as an actor. 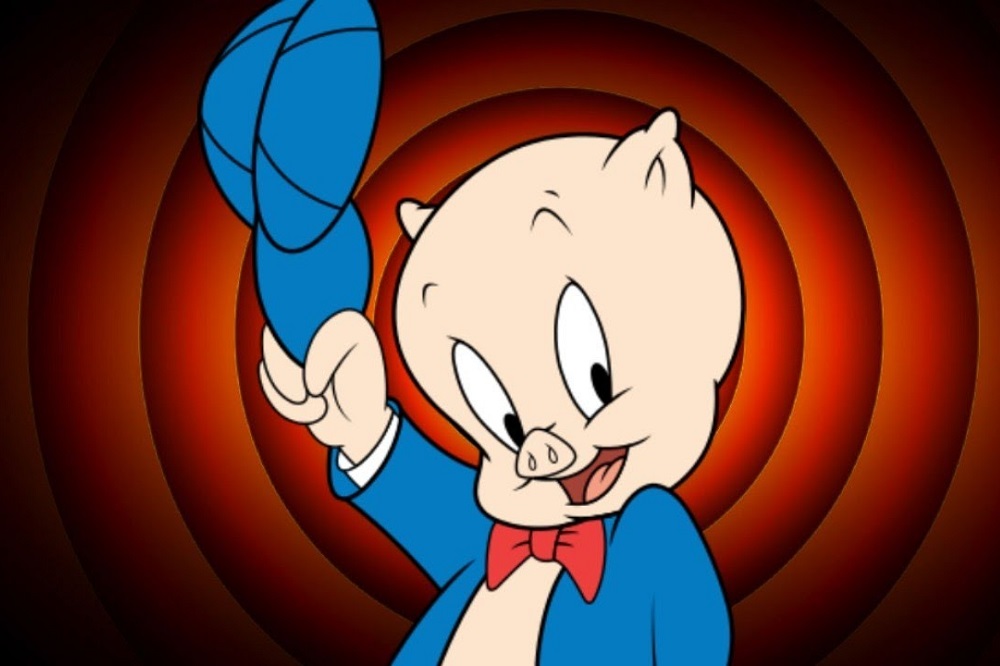 Animated pigs make up the majority of pigs on this list, with Porky Pig being another famous piggy most readers will know. The Warner Bros. Looney Tunes character is the oldest pig on this list. He is best known for his iconic catchphrase, “Th-th-th-that’s all, folks!” which he usually utters at the end of the short features he appears in.

While he has a bit of a stutter, this only adds to the charm of Porky. He’s good friends with Daffy Duck and has appeared in dozens of different Looney Tunes cartoons. His most recent appearance was in the 2021 Space Jam sequel, Space Jam: A New Legacy. 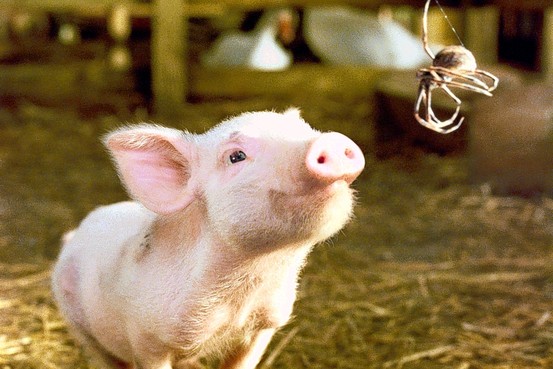 Charlotte’s Web is a delightful story about the friendship between Wilbur the pig and Charlotte the spider. Based on E. B. White’s book, the 2006 real-life version is the best adaptation so far and features Dakota Fanning and Beau Bridges alongside the voices of Julia Roberts, Steve Buscemi, Kathy Bates, and Robert Redford.

The runt of the litter, Wilbur (Dominic Scott Kay) is cared for by Fern (Fanning) until he is too old and must be sold to her uncle. Struggling to make friends, the lovable Wilbur eventually bonds with Charlotte the spider. It isn’t long until Fern, who misses Wilbur, finds out he is being fattened up for Christmas dinner. She hatches a plan to save the cute piggy and keep their friendship alive. 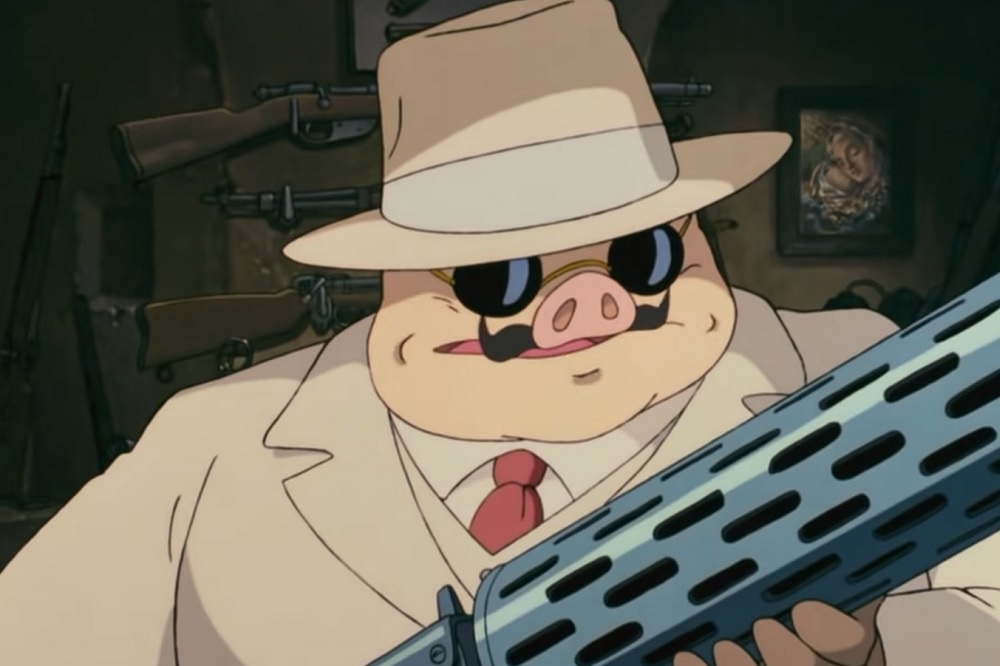 Marco Pagot is an Italian World War I ex-fighter pilot who now works as a bounty hunter. Transformed into an anthropomorphic pig due to a curse, Pagot now goes by the name Porco Rosso, which means “Red Pig” in Italian.

Created by the great Hayao Miyazaki, the man behind Studio Ghibli, Rosso is an interesting character whose journey is full of twists and turns. Porco Rosso is one of the more underrated films in the Studio Ghibli category, with its main star another famous movie pig. 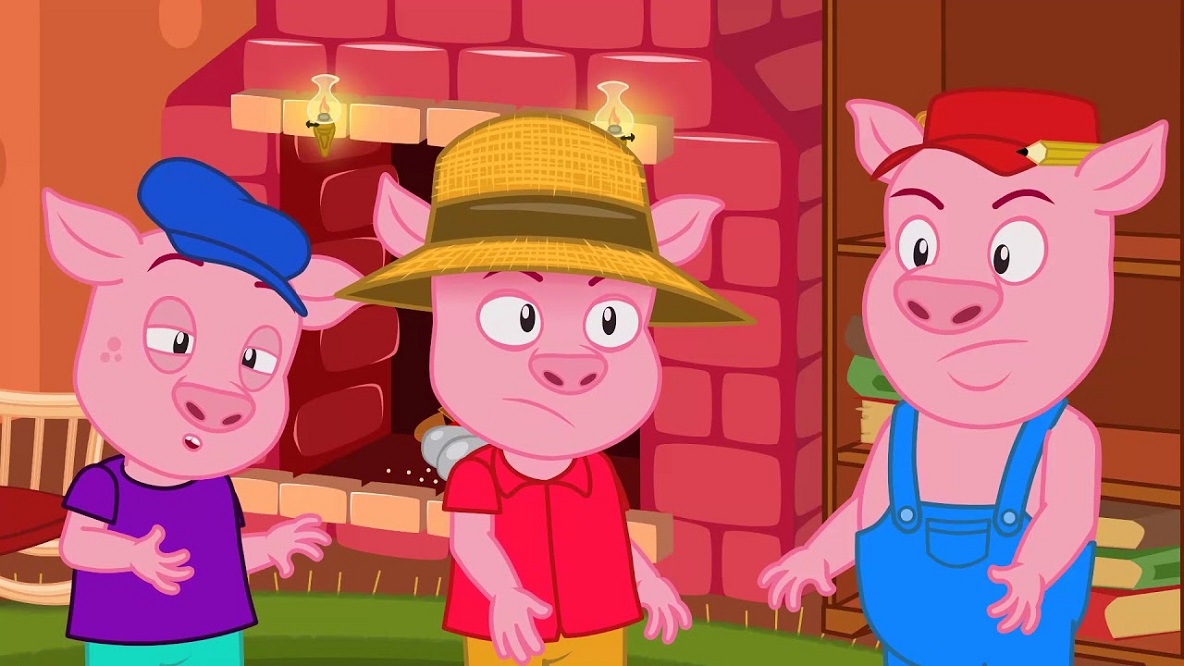 Practical Pig, Fifer Pig, and Fiddler Pig are the three protagonists from the classic fairy tale The Three Little Pigs. The trio first starred in an eight-minute short that won the 1934 Academy Award for Best Animated Short Film of 1933.

The movie follows the fable closely, with the Big Bad Wolf coming to catch the pigs. After easily blowing down the houses of Fifer and Fiddler, he finds the brick house of Practical a challenge. So he attempts to enter via the chimney but falls into a boiling cauldron of water and flees.

The moral of the story is don’t mess with the three little pigs. 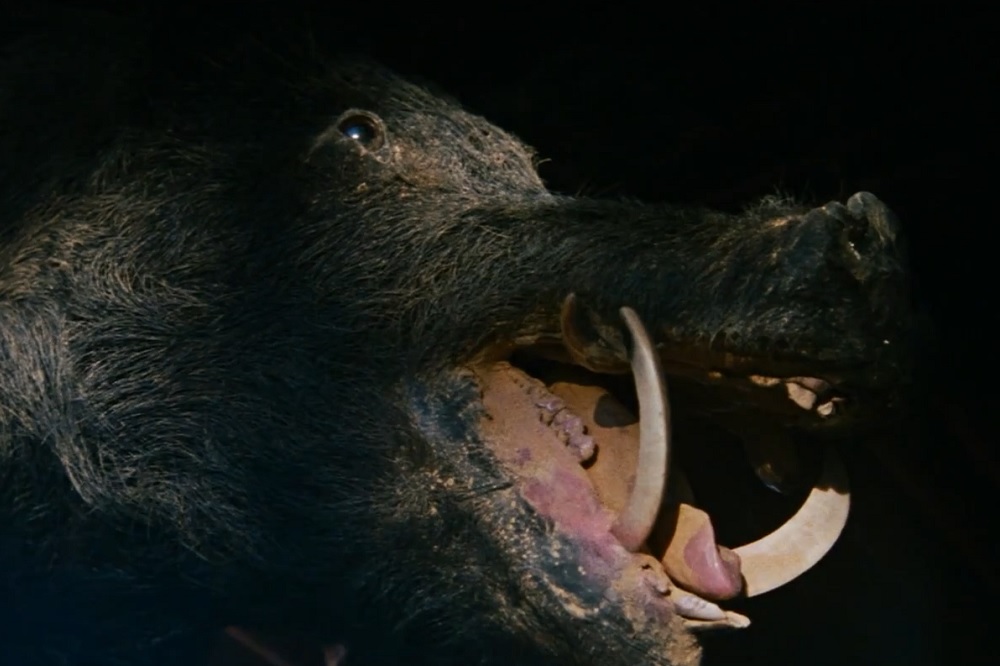 This campy Aussie horror about a killer pig might not be well known in the States but is a cult classic down under. Razorback is about a regional town terrorized by a wild boar. Known as Razorback, this killer pig goes on a rampage, killing anyone it comes across in a violent and bloody manner.

As this pig isn’t very talkative, it’s hard to know what he’s really like, apart from his violent tendencies. Either way, Razorback is the first killer pig in movie history, although not the last. The 2017 horror flick Boar also features a homicidal piggy with a lust for blood.

Bonus: The Pigs From Dead Pigs 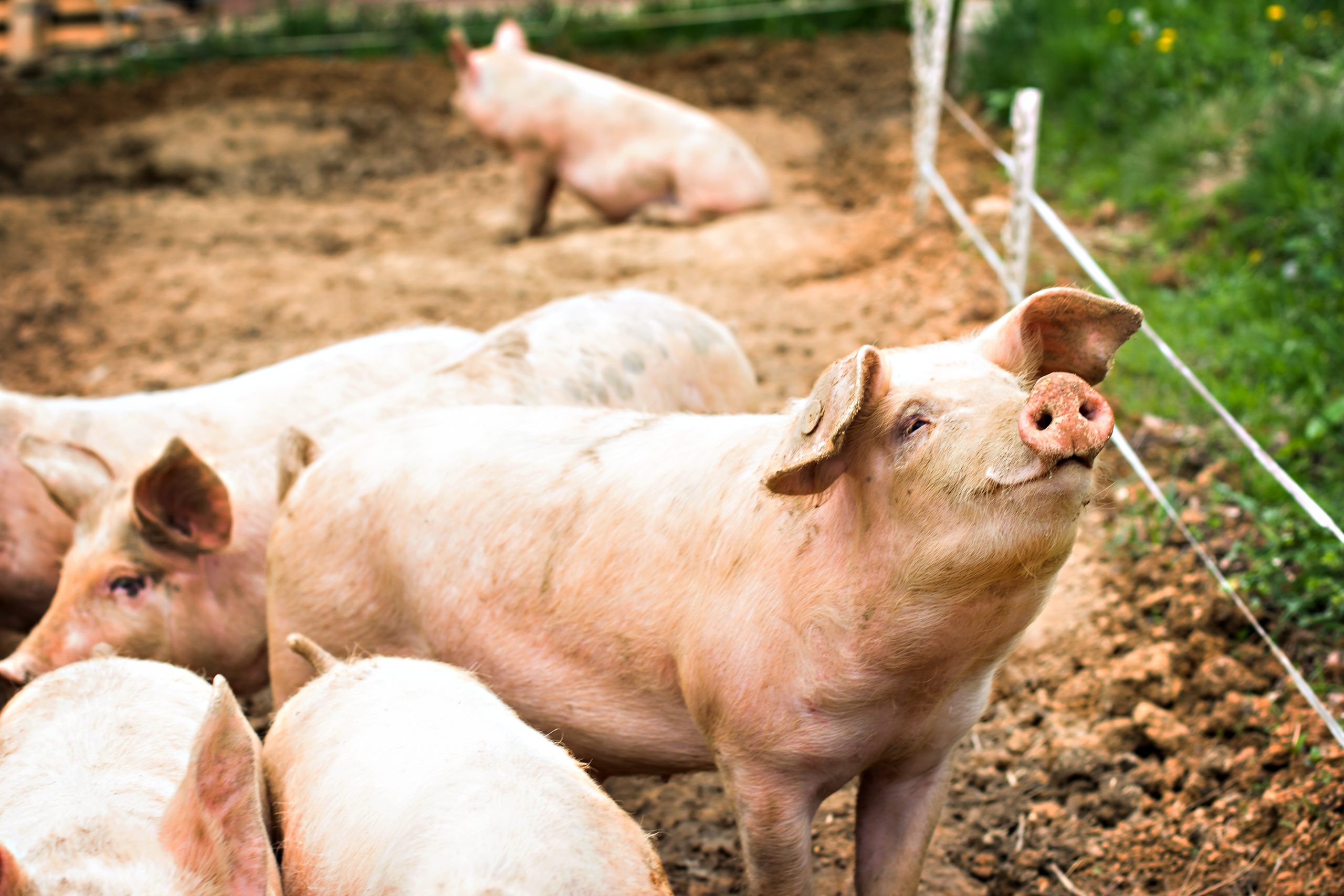 Ok, this one doesn’t really have a famous pig per se, but is certainly worth mentioning. This film from Cathy Yan focuses on a group of characters impacted when thousands of dead pigs float down a river towards Shanghai. Grim, I know, but each dead pig in this film deserves a mention.

Even if the film has nothing to do with them and is more about Candy Wang (Vivian Wu), Old Wang (Haoyu Yang), Wang Zhen (Mason Lee), and the other human characters, I feel it is necessary to highlight the poor piggies in this flick.

See more about - The 14 Most Famous Monkeys