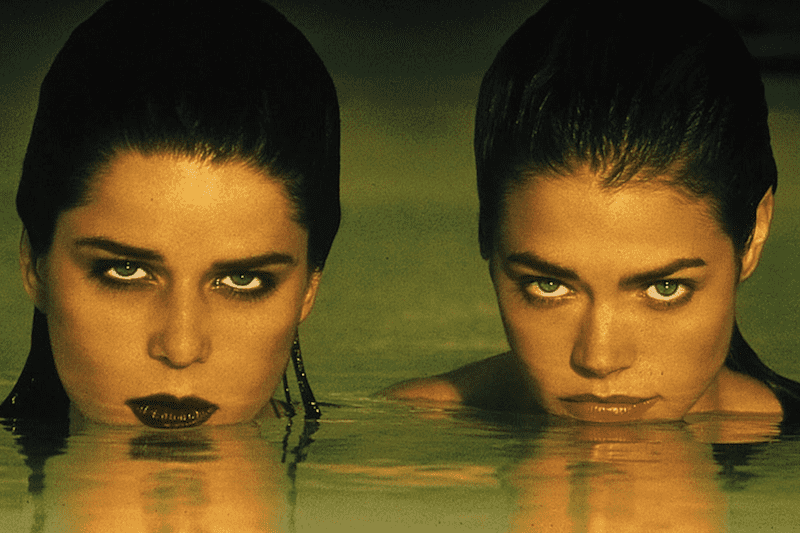 30 Sexiest Movies To Get You in the Mood

Sex is everywhere these days. Whether reading the newspaper, watching television, or scrolling through social media, you are bound to come across carnal act of loving making. Even we are talking about it with this list of the sexiest movies to get you in the mood!

We’ve gathered together a selection of films that cover all genres and show sex in a modern light. Some are romantic movies with sexual tension while others explore people’s sexual fantasies and the power dynamics of sexuality. And then there are a few raunchy flicks thrown in that will titillate and get you very excited.

So next time your feel like getting a little randy or want help getting your partner in the mood, remember to whack on one of these sexy and alluring flicks.

30 Sexiest Movies To Get You in the Mood

Loosely based on hunk Channing Tatum’s days as a male stripper, Magic Mike is the perfect movie to put your lady in the mood. It’s full of half-naked guys dancing to classic 90s tunes, with the likes of Tatum,  Joe Manganiello, and Matthew McConaughey all taking their tops off.

Not only is there a lot of skin, but Magic Mike has a well-written story with great characters and plenty of laughs. There’s also a sequel, Magic Mike XXL, and an upcoming third film to satisfy your Tatum cravings.

Nicholas Hoult and Laia Costa are Martin and Gabi, a new couple who embark on an open relationship in this sensual drama set in Los Angeles. It explores the emotions that come with seeing other people and the impact it can have on a relationship.

As Martin becomes obsessed with his ex-wife and Gabi falls for an older man, the two must come to terms with their evolving feelings for each other and decide whether to stay together.

One of the great romance movies, Pretty Woman doesn’t rely on titillating sex or graphic nudity to make you feel warm inside. It’s the classic fish out of water tale, with Julia Robert’s working girl falling for Richard Gere’s businessman. Can the two from opposite worlds make their love work? We think you know the answer to that one.

This late 90s teen drama is based on the famous 1782 novel Les Liaisons dangereuses. Regarded as a cult classic, Curel Intentions stars Ryan Phillippe and Sarah Michelle Gellar as step-siblings in a competition to deflower new student Selma Blair. There’s a lot of sexual tension amongst this smoking hot cast that also includes Reece Witherspoon, Tara Reid, and Joshua Jackson.

Michael Douglas finds himself in a spot of bother when a one-night stand turns deadly. The original movie that coined the term “bunny boiler,’ Fatal Attraction spawned the psycho woman genre of movies while also providing some steamy sex scenes between Douglas and Glenn Close.

Dirty Dancing has one of the great movie soundtracks. It’s also a feel-good story about a dance teacher and his student falling madly in love to the sounds of Bill Medley and Jennifer Warnes’ “(I’ve Had) The Time of My Life.”

While the age difference between leads Patrick Swayze and Jennifer Grey is questionable, this flick delivers when you want a sexy romance.

If your lady has an interest in experimenting with bondage then this film might convince her to try out her fantasies with you. Or it could have the opposite and totally turn her off. Her threshold for bad movies will be the ultimate judge.

It’s no surprise to see a French movie on a list of the sexiest movies. This movie concerns a group of bored teens who start doing drugs and having sex parties. There’s a lot of nudity in this one as the kids deal with STIs, unwanted pregnacies, and leaked sex videos.

This English-language Italian thriller stars Donald Sutherland and Julie Christie as grieving parents who move to Venice while dealing with the death of their daughter. While a great film, there’s a raw and uncompromising sex scene in this one that is as life-like as you’ll ever see on screen.

It caused a mini outrage at the time as there had never been a sex scene so explicit before in a commercial movie.

This coming-of-age drama is a sensual romance about an Italian teen (Timothée Chalamet) who embarks on a relationship with an American exchange student (Arnie Hammer, who has a few troubles of his own at the moment).

Call Me by Your Name won a stack of awards and paints a positive picture of same-sex relationships and the feelings that come with realizing you are gay.

Yeah, there’s plenty of hot sex in this one, but Shame is more about the impact sex addiction can have on a person. Michael Fassbender (in a star-making performance) is a New York executive whose obsession with sex leads him down the dark path of addiction.

Sure, there’s only one sex scene in this movie, but it’s a major part of the film that spawned a slew of memes and Internet jokes. It also provided moviegoers with the great line, “Draw me like one of your French girls.”

Brad Pitt and Angelina Jolie (a couple at the time of filming) smolder on screen in this action romance. Both are assassins who don’t realize what the other does until they are assigned to kill each other. Fun, sexy, and action-packed, Mr and Mrs Smith is a great date night movie that will please everyone.

Ever wondered what it would be like to be seduced by an older woman? That’s exactly what happens to Dustin Hoffman in this 70s favorite. But things get complicated when he falls for his lover’s daughter. A fantastic romantic drama that also turned Simon & Garfunkel’s “Mrs. Robinson” into a massive hit.

Mak Tai Tai (Wei Tang) has been sent to war-torn China to eliminate political figure Mr. Yee (Tony Chiu-Wai Leung) but ends up falling into bed with him. Exploring the relationship that develops between the two, Lust, Caution rarely strays from the bedroom, with Tang and Leung getting down and dirty multiple times, causing the film to receive an NC-17 rating.

Unfaithful, as the title suggests, is about a bored housewife (Diane Lane) who embarks on an affair with a mysterious stranger (Olivier Martinez). When her husband (Richard Gere) finds out, things take a turn for the worse as multiple lies, violence, and murder ensure. But what really makes this film exciting is the passionate sex scenes between Lane and Martinez that will have you squirming in your seat.

There’s not much sex in this crime thriller. It’s all about the sizzling chemistry between George Clooney and Jennifer Lopez. At the time of this movie’s release, both stars were just breaking out and there’s no doubt their performances helped push them into the mainstream.

Mike Nichols adapts Patrick Marber’s award-winning play of the same name about the impacts of infidelity on two couples. Closer is less about visuals and more about the stinging dialogue. The presence of Julia Roberts, Jude Law, Natalie Portman, and Clive Owen also helps elevate this romantic drama.

Y Tu Mama Tambien is another coming-of-age drama tinged with sexuality by director Alfonso Cuarón. Teenage boys Diego Luna and Gael García Bernal (both before they made it big) embark on a road trip with the older Maribel Verdú and learn about love, life, and sex.

This hot and steamy 90s thriller is a neo-noir involving multiple double-crosses and plenty of steamy scenes. Matt Dillon and Kevin Bacon bring the experience while newcomers Neve Campbell and Denise Richards supply the sexuality in this enjoyable romp. Best stay clear of the three sequels though.

Barry Jenkin’s Oscar-winning Moonlight follows the journey of a gay black man as he struggles to deal with his sexuality. It’s a deep and emotional movie exploring themes of sexuality, masculinity, and vulnerability with an incredible cast to boot.

If you can get past the graphic sex scenes, 9 Songs is an interesting study of a 12-month relationship signposted by nine songs played by eight different bands.

This bonkers movie by David Lynch is hard to follow, but the major plot point surrounds aspiring actress Naomi Watts helping amnesiac woman Laura Harring find out who she really is. Or at least that seems to be the case. Weird, wild, and sexually charged, Mulholland Drive is everything you expect from a Lynch movie.

Based on a graphic novel, this French flick follows the relationship between aspiring painter Adèle Exarchopoulos and Léa Seydoux. The two meet as teens as the film follows their lives into adulthood. While the film did create some controversy (a heterosexual man directing a film about a lesbian relationship), it’s a well-shot romance with both leads in great form and a couple of truly graphic sex scenes added for your enjoyment.