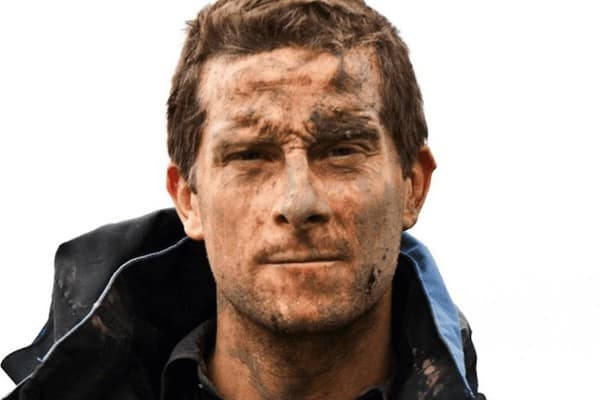 The 10 Best Survival Shows of All Time

There is something about survival shows that taps into our primal past. People being dropped into the wilderness and forced to survive with just their wits makes compelling viewing. It harks back to the hunter-gatherer days of humans. When men and women relied on their survival skills to stay alive.

These types of survival TV shows have become increasingly popular over the past two decades. Much of the success of these TV series is thanks to Bear Grylls. The British explorer found fame with his show Man vs Wild. Each episode features Grylls left to fend for himself in a desolate region with just a film crew for company. A smash hit, it helped spawn a new genre of exploration shows covering all aspects of survival. Some of these shows are filmed like documentaries, while others are reality or game show-based. What they all have in common is the theme of survival.

So what are the best survival shows of all time? We have compiled a list of our favorite 10 that are well worth your time. You might even learn a thing or two that could come in handy if you ever find yourself lost in the wilderness.

While not the first ever survival show, Man vs Wild is the most recognizable. Airing for seven seasons between 2006-2011, the widely popular Discovery Channel show pits Bear Grylls against the wild. Grylls is left in rugged, wild terrain and tasked with finding his way back to civilization. Most episodes require Grylls to spend the night, so you get to see him construct a shelter and find food to eat before bunkering down.

The aim of the show is to teach viewers how to survive in any situation. Grylls is very personable and his survival knowledge is top-notch. One of the most memorable episodes involves Grylls drinking his own urine. No thanks. As the series got more popular, special episodes would air where Grylls is accompanied by a celebrity. The likes of Will Ferrell and Jake Gyllenhaal join Grylls on adventures in a couple of episodes.

This American series is part survival show, part reality show. It follows 10 individuals who are dropped in the wilderness and left to fend for themselves. But they aren’t empty-handed, with each contestant able to carry ten pieces of survival gear picked from a list of 40. The aim is to last the longest, with the sole remaining contestant winning a cool $500,000.

Contestants have no contact with any other humans and can quit at any time if things get too much. They can also be medically evacuated, which often occurs. Before signing on they are warned that they could be lost in the wilderness for up to a year, which is amazing.

Each series takes place in a different location, with most occurring on Indigenous-controlled lands, such as Nahuel Huapi National Park in Patagonia, Argentian, and Chilko Lake in British Columbia. There have been eight seasons so far, with a ninth set to air later this year. Roland Welker is the longest surviving participant, lasting 100 days to claim the prize in season seven.

Survivorman is the predecessor to Bear Grylls’ Man vs Wild. Hosted by survival expert Les Stroud, the show focuses on Stroud surviving in remote areas for up to ten days. Unlike Grylls, who is followed by a camera crew, Stroud shoots all the footage of his actions himself. Armed with almost no equipment, besides a satellite phone in case he gets in trouble, Stroud relies entirely on his survival skills.

As well as Stroud explaining how to survive, he also documents the physical and psychological toll being alone in the wilderness takes on him. This gives a great insight into how these survival scenarios can impact on a mental health level. Stroud even had to take a four-year break from filming the series due to the effect the show had on his body and mind. The most horrific thing he suffered during filming: contracting a parasitic worm infestation in his mouth. Yuck.

Before Bear Grylls became a household name, Ray Mears was exploring some of the harshest terrains in the world. The British woodsman and TV presenter developed a cult following with the series Ray Mears’ World of Survival. Filmed for the BBC, the series finds Mears living with tribes in some of the most remote places in the world. He travels to the Arctic to learn how the Inuit people of Baffin Island survive and visits the Jo’hansi bushmen of Namibia to find out more about their way of life.

The show only lasted for two seasons (1997-1998) but is considered a cult hit. The show’s success in Britain helped boost Mears’ profile, with the bushman going on to create numerous survival TV shows and documentary series, along with writing several books over the past 20 years.

Ok, Survivor is much more of a game show than a survival show, but when it first started there was certainly more emphasis on survival. Currently in its 42nd season, the show has captivated viewers around the world thanks to its mix of survival skill/game show/reality TV elements. The basic premise is several tribes of everyday people must compete in various challenges as they backstab their way to the final three in hopes of being crowned the sole survivor. As the slogan goes, you must outwit, outlast, and outplay to make it to the end.

While the show is all about the drama and scheming between those on the show, during the early seasons it is as much about the gamesmanship as it is about seeing how people survive in the wild. Contestants are given very little supplies and need to build a shelter and start a fire. While they do have two bags of rice, this isn’t much to survive on. Some of the seasons even feature contestants killing wild animals for food.

Survivor remains the best survival game show in the world and continues to be a hit with viewers. This is reality TV at its finest.

Dual Survival is a reality TV show that features two people stuck in the wild trying to survive. While it sounds similar to Alone, just with two people, there are a few major differences. For one, Dual Survival isn’t a competition. Instead, it’s a show where two wilderness experts are paired up and must use their knowledge to survive. Each season features different combinations of people who must survive in a remote location, such as a mountaintop in New Zealand and a deserted island in the South Pacific. The show helped turn survival instructor Cody Lundin and survival expert Dave Canterbury into TV stars.

What makes this show interesting is the conflicts that often arise in the pairs. Both usually have different philosophies about how to survive and want to do things their way, causing conflict. This makes for great TV and some very interesting and intense moments. Dual Survival lasted seven seasons and still airs on the Discovery Channel today.

Surviving in the wilderness is hard enough, but doing so naked and with a complete stranger takes the cake. That’s what happens in this ridiculous reality survival show on the Discovery Channel. One man and one woman, both naked, are paired together and tasked with surviving for 21 days in a remote area. The show’s success led to Naked and Afraid XL, which brings back previous contestants and features large groups having to work together and survive for 40 days.

Unsurprisingly it has been popular, mostly due to the fact that the people involved are naked. That said, it is much more of a bare-bones survival show. With almost nothing bar one helpful item, the contestants have to use their survival skills to build a shelter and find food. It’s also worth checking out this hilarious Saturday Night Live skit about the celebrity version of the show.

Hazen Audel is a biologist who hosts the popular National Geographic series Primal Survivor. Taking a David Attenborough-type approach, Audel immerses himself in foreign lands and embarks on epic treks across uncharted territories. He joins with indigenous tribes and learns about their way of life before setting out on his solo journeys.

Unlike other survival shows that highlight how to build a shelter or capture an animal, this Nat Geo series is more about the adventure of surviving. It captures the beauty and dangers of being in the lush jungles of Papua New Guinea to the frozen plains of Norway. Audel is also extremely likable, which makes watching his experiences that much more entertaining.

If you think Survivor is tough, then wait until you watch Out of the Wild. It is one of the more crazy survival TV shows on this list. The first two seasons feature a group of volunteers from the big smoke who are forced to survive in the Alaskan wilderness. They have a number of checkpoints to cross off as they journey to a destination and build a shelter to survive. Things normally don’t go well, with many of the contestants quitting before they even reach the area designated to construct their new home. The third season changes things up and is set in Venezuela. This time a group of nine is left in a remote area and must use their survival skills to make it back to civilization.

Although short lived, Out of the Wild makes great survival television. It’s very easy to see how working in an office or being in a management position doesn’t really mean much when you’re stuck in the middle of nowhere.

This documentary series is a little different in that it details real life accounts of people who used their survival skills to survive life-threatening situations. The show features interviews with people intercut with graphic reenactments of what happened.

Over the six seasons a wide range of survivors tell their tales. Some of the horror stories include a man who is attacked by a shark and survived, a group of men lost in the Amazon jungle, and a man pinned under his quad bike who must fend off the cold weather and coyotes for four days before help arrives.

The stories are often quite harrowing and demonstrate how strong the will to live of humans really is.