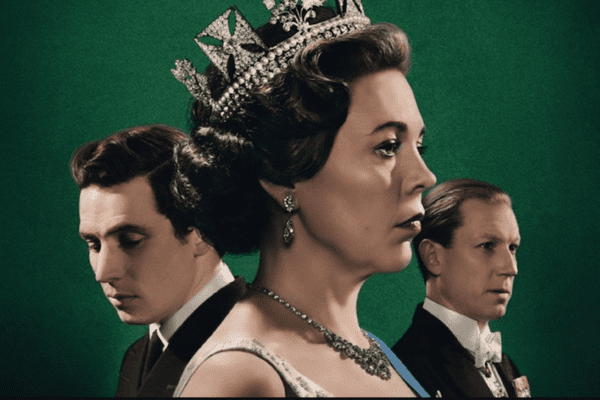 The 10 Best TV Shows About Monarchy

The British monarchy has a rich and fascinating history. Spliced with tension, drama, and love affairs, it makes for ideal television. Throughout the centuries kings and queens have ruled Britain with an iron fist. Many of these royal characters have become larger than life thanks to their personalities and methods of ruling. There’s King Henry VIII who went through six wives during his rule. You also have Mary, Queen of Scots who was involved in murder plots and love triangles. Then there’s the current Queen Elizabeth II who has incredibly been in power for 70 years. Many of these historical characters and their lives have been adapted to the small screen. TV shows about monarchy and royalty continue to captivate audiences around the world.

So whether you want to learn more about Queen Elizabeth I or Thomas Cromwell, King Henry VIII’s chief minister, here are the best TV shows about monarchy to binge watch.

This amazing series from Netflix focuses on the reign of Queen Elizabeth II. Created and written by Peter Morgan (The Queen, Frost/Nixon), The Crown covers the life and times of Queen Elizabeth II, from her wedding in 1947 to the current day. So far there have been four seasons of the series released. A further two more are set to air in the coming years. The Crown has won many awards and has been critically praised for its writing, acting, and directing.

There are also a number of other high profile actors and actresses who play important roles throughout the seasons, including Vanessa Kirby (seasons 1–2) and Helena Bonham Carter (seasons 3–4) as Princess Margaret, Countess of Snowdon, John Lithgow as Winston Churchill, and Gillian Anderson as Margaret Thatcher.

While The Crown does fictionalize some evens, for the most part, it stays true to Queen Elizabeth II’s life and is the best TV show about the beloved monarch.

It’s only fair that King Henry VIII gets his own TV show. Regarded as one of the great leaders of Britain, the charismatic king is best known for his six wives. Over the course of his 38-year reign, Henry had six brides and many mistresses, fathering several children. The Tudors is another amazing show dealing with the English monarch that features a stand-out performance from Jonathan Rhys Myers as old mate Henry.

Created and written by Michael Hirst, The Tudors ran for four seasons and chronicles the life and times of Henry. While concentrating on Henry, the series also allows you to see things from the perspective of his six wives and what their experiences were like while part of the royal family.

Along with Jonathan Rhys Myers, the cast is stacked with awesome actors. Natalie Dormer as Anne Boleyn, Henry Cavill as Charles Brandon, 1st Duke of Suffolk, and Maria Doyle Kennedy as Catherine of Aragon are all exceptional. While it does play loose with the facts on occasions, there is no better show about King Henry VIII and his six wives.

Based on Philippa Gregory’s historical novel of the same name, The White Queen is set against the backdrop of the War of the Roses. This was a period in time when England went through years of civil war as opposing forces tried to claim the throne. Think Game of Thrones but more reality-based. There is a lot of backstabbing and power plays as Elizabeth Woodville (Rebecca Ferguson), the Queen of England alongside King Edward IV, (Max Irons) tries to stay in power during the 1400s.

The show was meant to be a one-off and despite low ratings, two spin-offs were released. The White Princess details the marriage between Henry VII (Jacob Collins-Levy) and Elizabeth of York (Jodie Comer) while The Spanish Princess tells the story of Catherine of Aragon (Charlotte Hope), the Spanish princess who became the first wife of King Henry VIII (Ruairi O’Connor).

Of the three shows, The White Princess has been praised the most, with The Spanish Princess angering many Spainards due to its portrayal of Catherine of Aragon.

Not every TV show about the monarch has to focus on the kings and queens that ruled. Wolf Hall tells the story of behind-the-scenes player Thomas Cromwell (Mark Rylance). Based on the Hilary Mantel novels Wolf Hall and Bring Up the Bodies, the series charts the rise of Cromwell from lawyer to the chief minister to King Henry VIII (Damien Lewis). Cromwell was a clever but vindictive man. He made many enemies while stalking the corridors of Tudor court, but his power was second to that of the King. For six years he had Henry’s ear before a few missteps brought about his demise in 1540.

The six-part series has been lavished with praise since its release in 2015. Wolf Hall has won three BAFTA TV Awards, one Golden Globe Award, and one Peabody Award.

The great Helen Mirren stars as Elizabeth I in this historical drama about the final 24 years of her reign of power. This two-part series was a big success when it aired in 2005. Elizabeth I was praised by critics and went on to win an Emmy, Peabody, and Golden Globe Award. Mirren’s outstanding performance as Elizabeth was also singled out. Jeremy Irons (the Earl of Leicester) and Hugh Dancy (the Earl of Essex) are also fantastic, providing great support.

Elizabeth I was also more historically accurate than many other movies and TV shows about the famous queen, boosting its appeal.

While the majority of shows on this list are centered around the English royals, Versailles takes place in France and looks at the reign of Louis XIV. Versailles takes place during the construction of the Palace of Versailles, hence the series name. Forcing the royal court to move with him out into the country as the palace is being built, the series looks at the impact this had on the nobles as they are compelled to navigate their new surroundings. As not everyone was happy with the move, it caused much tension and drama between those living there, which makes for great TV.

7. The Royal House of Windsor

Here is something a little different; a documentary series tracing the history of the royal family. The Royal House of Windsor details the past 100 years of the current royal family. It traces their beginnings and how they became the most powerful royal family in the world.

The six-episode series starts during World War I when the monarch tried to establish itself and looks at the rise of Queen Elizabeth II. Other notable parts of the docuseries center on Prince Philips and his unorthodox methods, the blossoming romance between Prince Charles and Princess Diana and her subsequent death, and the current setup of the monarch. The lives of Prince William and Prince Harry are also addressed.

While none of the royal family features, the series does include interviews with historians and palace insiders to provide a glimpse at what life is like inside Buckingham Palace.

This Netflix original is about the last emperor of Russia’s Romanov Dynasty, Nicholas II. The six-part series looks at Nicholas II’s sudden accession to the throne at 26 through to his assassination in 1918. Nicholas II was one of the more controversial Czars in Russian history. No part in thanks to his close confident Rasputin. The self-proclaimed holy man had the Czars’ ear after curing his son of illness. He used his position of power to sway Nicholas II’s political decisions.

The Last Czars is a fascinating look at one of Russia’s most intriguing periods. While there aren’t any famous faces involved, the actors all do a great job while the writing and directing are capable. Fans of historical dramas or period pieces dealing with royal families will certainly dig this one.

This three-season drama traces the life of Queen Victoria as she ascends the throne at the age of just 18. It follows her marriage to Prince Albert of Germany, the struggles she faced balancing domestic life with ruling the British Empire, and the sudden arrival of her estranged maternal half-sister, Princess Feodora.

While it stays fairly close to the truth, Victoria has been accused of going down the Downtown Abby route by including storylines that are a little more soap opera-like. That said, the show makes for entertaining viewing for anyone who loves the monarch. The cast is also exceptionally talented, with the likes of Jenna Coleman (Queen Victoria), Tom Hughes (Prince Albert), Nell Hudson (Nancy Skerrett), and Rufus Sewell (Lord Melbourne, Prime Minister of the United Kingdom) all exceptional.

Once again stepping out of England, the Reign revolves around the life of Mary, Queen of Scots. Ascending to the throne at age six, she spent much of her younger years in France. She would go on to marry three different men during her lifetime. Upon her return to Britain, things didn’t quite go to plan. Having once claimed herself as the rightful heir to the throne of England, Mary was chased across the country by her cousin Elizabeth I who didn’t want her power challenged. She was eventually captured and imprisoned for 18 years, before finally being sentenced to death.

Reign charts Mary’s life from her time in France to her return to England. It also details her attempt at taking back the throne. While the cast doesn’t feature any big names, Adelaide Kane is amazing as Mary, Queen of Scots. The costumes and cinematography have also been praised by critics.

Be warned, Reign is more drama than fact, so if you are looking for more insight, you’re better off reading a book about Mary, Queen of Scots than watching this.

See more about - The 11 Best Must Watch Prison TV Shows