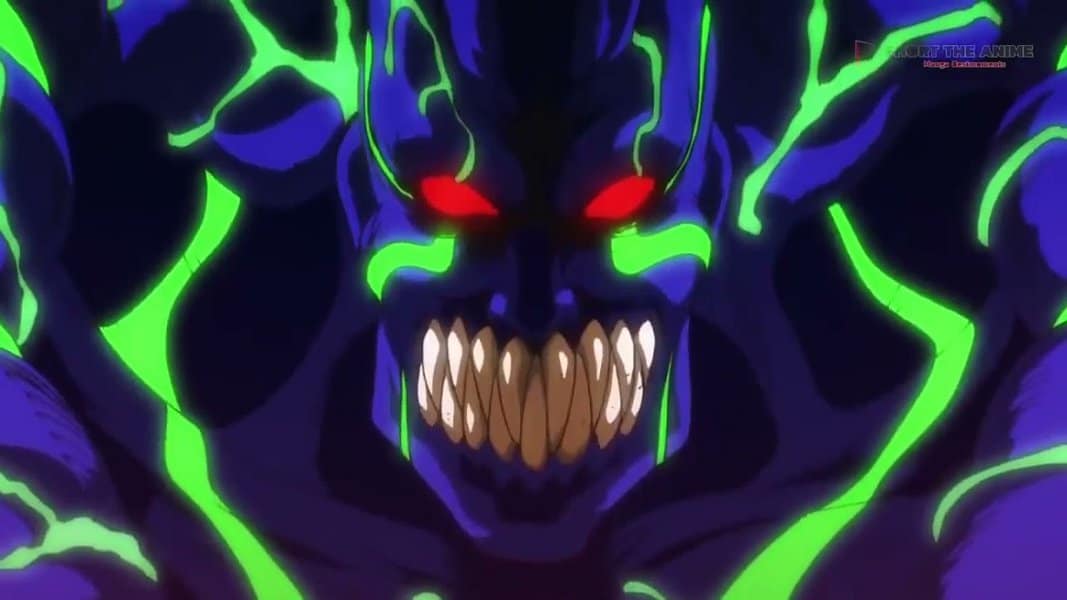 17 Most Ugly Anime Characters of All Time

After gaining a cult following throughout the 70s, anime became a global phenomenon in the 80s and 90s. Now it’s one of the most famous forms of animation. Anime has a reputation for its slick animation, unique designs, and use of color. Each series is full of beautiful and handsome anime characters. With a supernatural element, anime is also famous for featuring some of the ugliest characters. Anime often covers a lot of genres, from romance to horror. The intense horror and fantasy influence often leads to monstrous characters and demons.

These unattractive characters range from good guys to evil villains. In some cases, the ugly character are sweet and kind people, while others are ugly characters who have even uglier personalities to boot. Here’s a look at the 17 ugliest characters in anime.

17 Most Ugly Anime Characters of All Time

1. Petelgeus Romanée-Conti (Re: Zero – Starting Life in Another World) 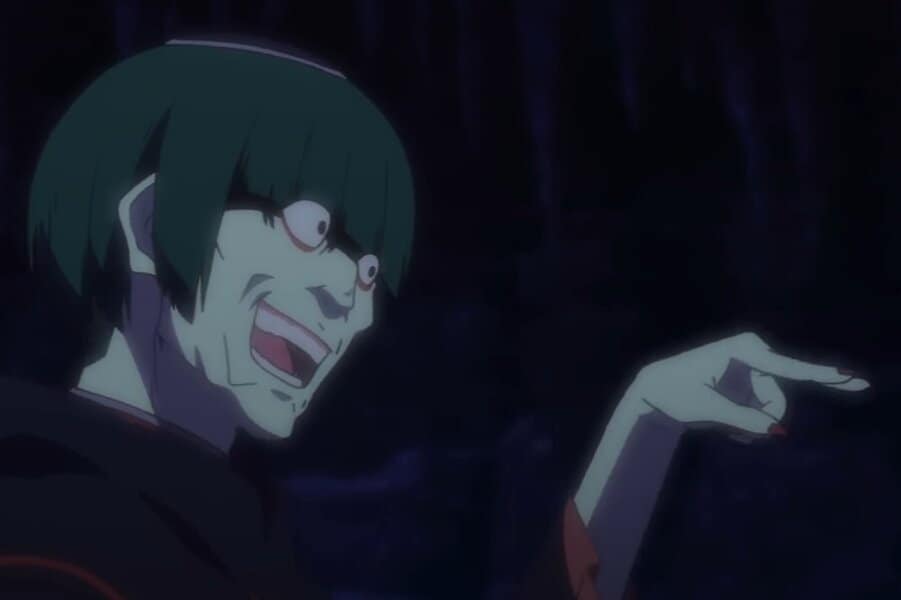 Petelegeuse Romanée-Conti is one of the most hideous monsters in anime. The beloved anime Re: Zero- Starting Life in Another World follows a young man that ends up in a fantasy world. In this world, he meets a wide variety of kind and scary characters. Petelgeuse’s unsettling appearance and insane personality make him one of the ugliest characters.

With a haunting appearance, he boasts pale, thin skin with a lifeless expression. The only sign of life is his evil eyes. That’s not enough to make him appealing in the slightest bit. He remains one of the ugliest anime characters. 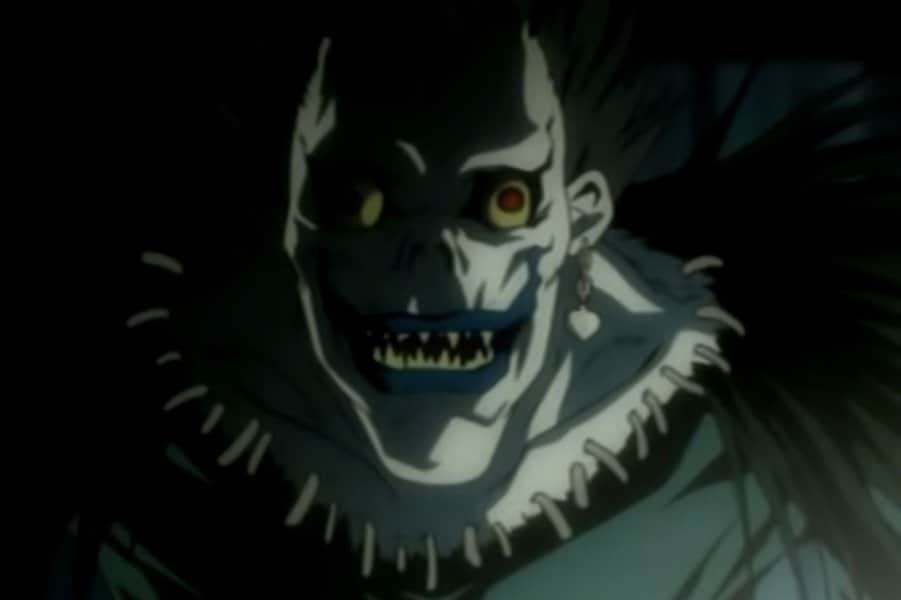 The Shinigami Ryuk is the type of monster that haunts nightmares. In Death Note, he drops his death notebook and it ends up in possession of Light Yagami. The death notebook allows the owner to kill anyone simply by writing their name down.

Ryuk is a horrifying monster with yellow eyes, gray skin, sharp teeth, and giant wings. His boredom leads him to find Light as a fascinating person to pass the time with. Ryuk is anime’s ugliest and scariest creature. 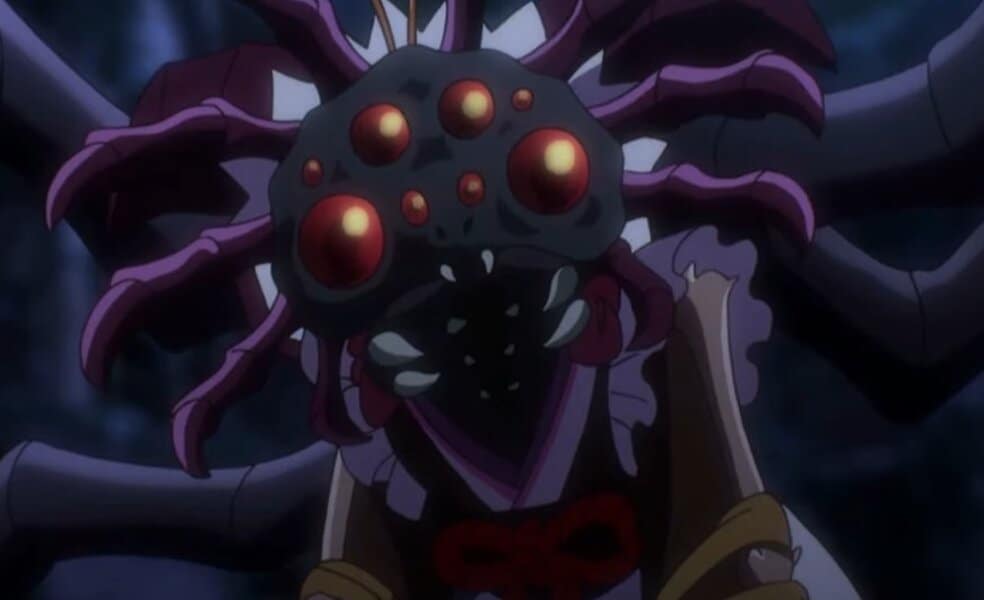 The TV series anime Overlord takes place in a virtual reality role-playing game. The main anime character, Momonga, finds himself trapped in the game leading him to search for a new world.

From afar, Entoma Vasillissa Zeta appears to be a normal young woman, but her red piercing eyes never move. That’s because she’s actually a half-human and half-spider hybrid creature. With her unsettling appearance, Entoma can easily transform from her human shape to her hideous form. 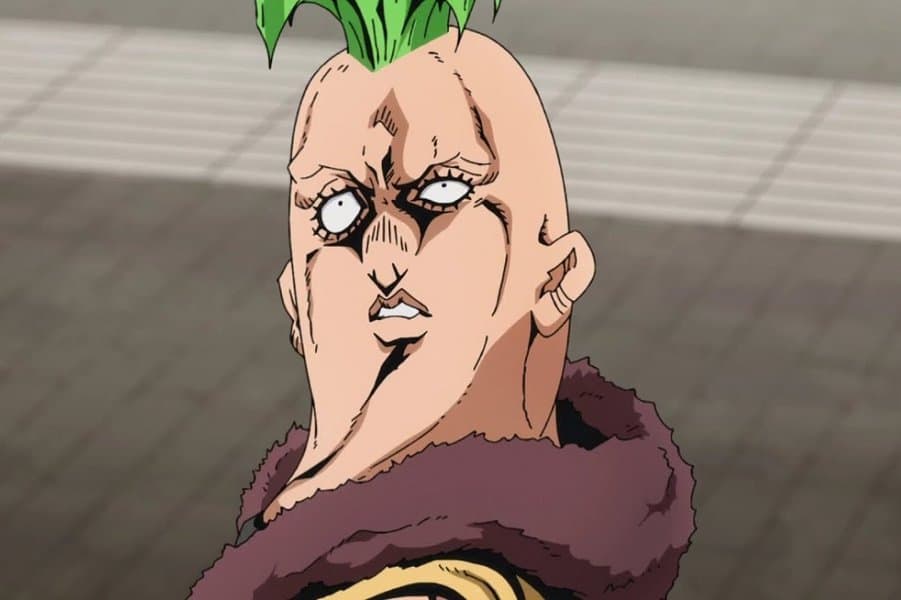 Jojo’s Bizarre Adventure has a history of sexy and captivating characters living on the edge. Well, not every character falls into one of those categories. The Golden Wind features one of the ugliest anime characters, Pesci.

He’s easily recognizable with his green hair, cauliflower ears, and lack of chin. At first, he’s somewhat weak and pathetic until he becomes a deadly assassin. 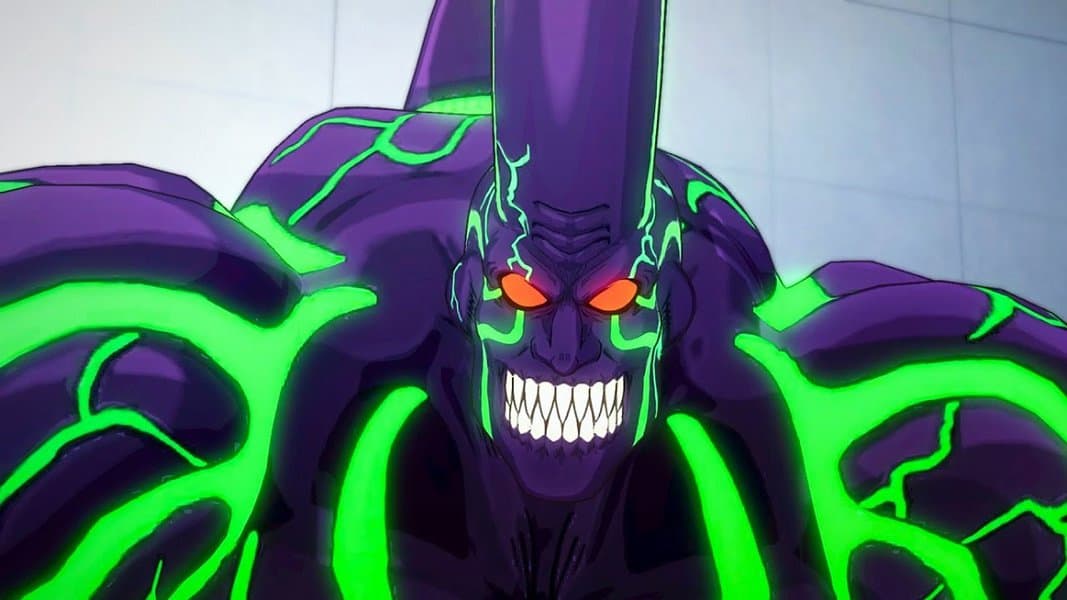 One-Punch Man follows the mighty Saitama as he battles evil villains and horrifying monsters. Despite the dangerous threats, Saitama easily defeats every foe. It’s so easy for him that he’s bored out of his mind. Not even the grotesque and devastating Carnage Kabuto poses a threat to Saitama.

Also known as Big Mom, she has a large round body that compliments her fear-inducing face. Not even Charlotte’s long, flowing pink hair is enough to improve her monstrous appearance. 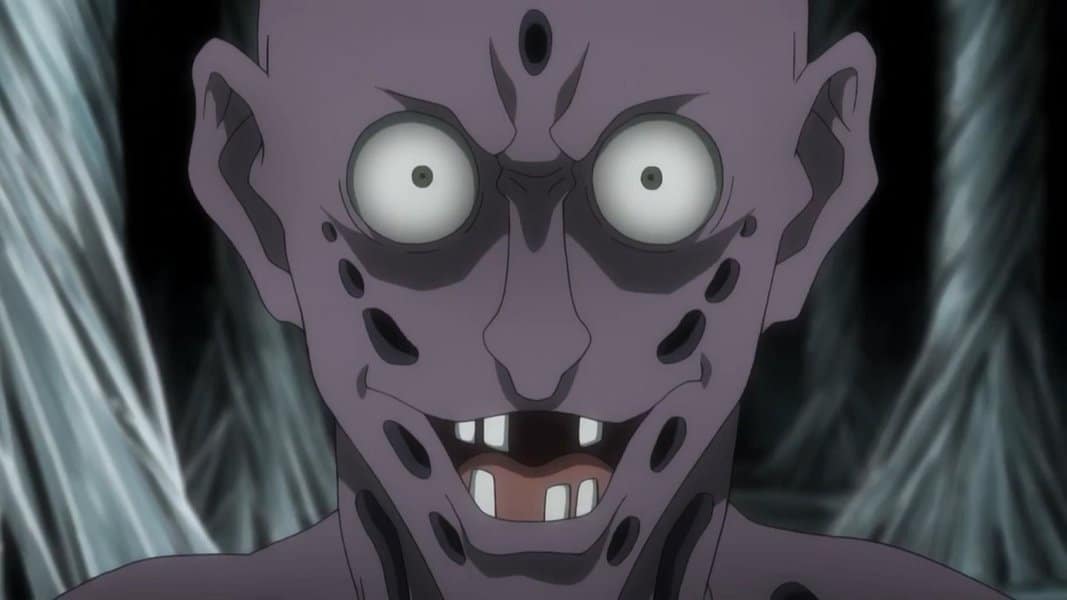 In Hunter x Hunter, Gon Freecss goes on wild adventures meeting unique animals, the paranormal, and more. Few creatures he meet compare with the horrifying Bonolennov Ndongo. With unmatched power, Bonolenov covers his entire body in bandages giving him the appearance of a mummy. 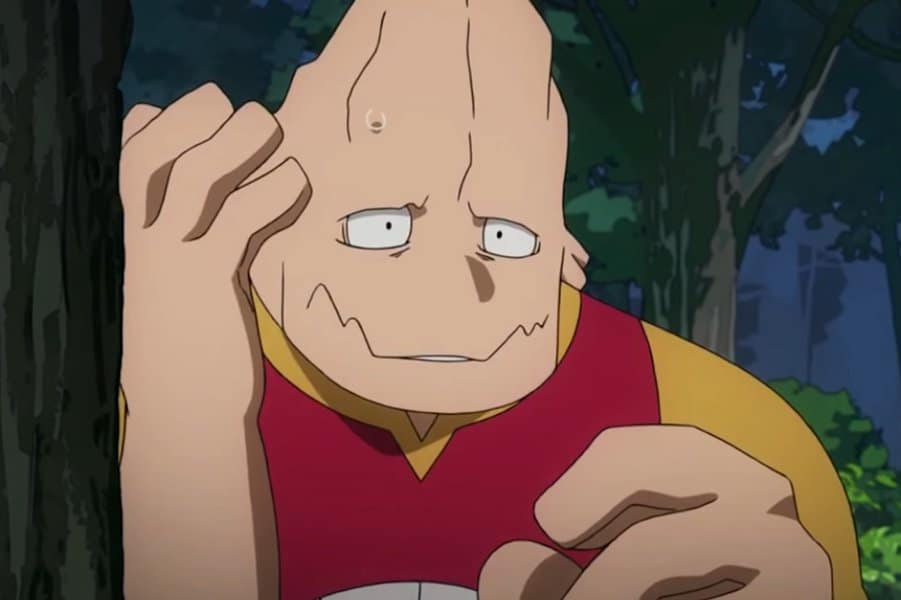 My Hero Academia is one of the most popular anime series of the last few years. The show follows a group of students at a high school for kids with superpowers. It features a wide array of characters, from hot teachers to flawed heroes.

With a unique design, Koji Koda is one of the most unattractive characters. He’s tall and muscular with peach-colored skin. Furthermore, he has an oddly shaped head resembling a rock. 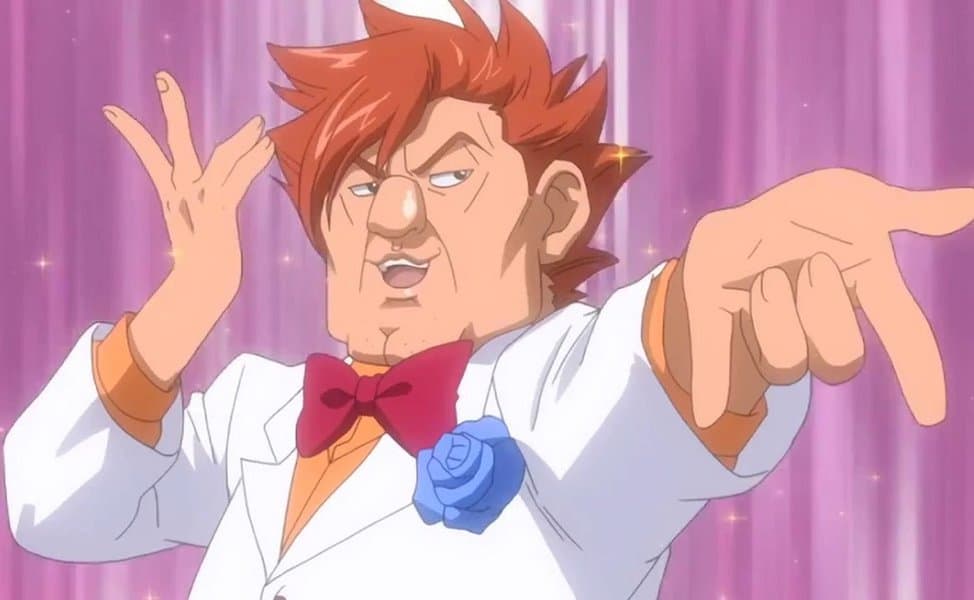 The critically acclaimed anime Fairy Tail revolves around Natsu Dragneel and his many adventures. During his quests, he encounters evil villains that cause nightmares. Despite his enormous ego and confidence, Ichiya Vandalay is one of the most unattractive anime characters.

Vandalay has an interesting appearance to match his womanizing personality. He has a big rectangular face, a flat nose, and wild hair. Plus, Vandalay’s short, chubby, and obnoxious. 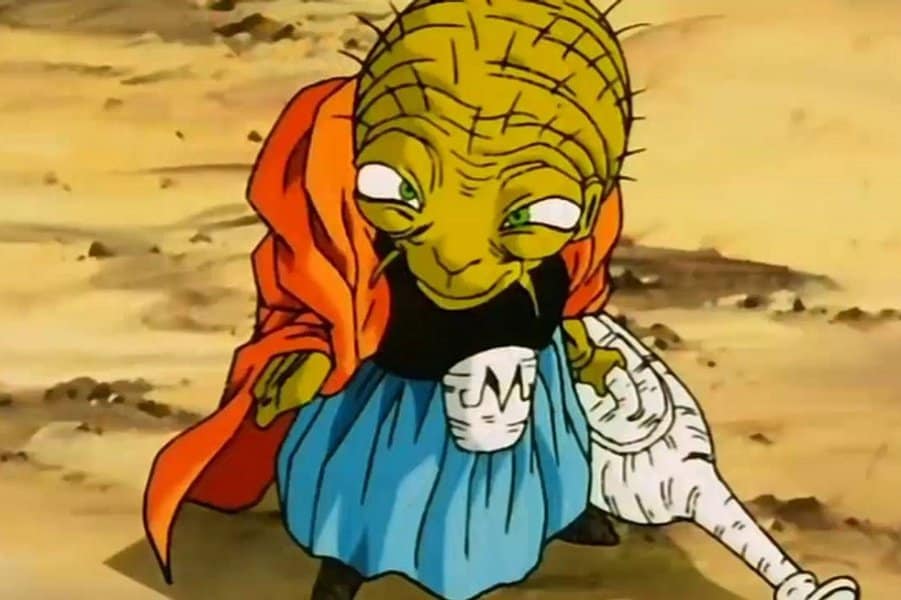 The Dragon Ball franchise has a history of featuring the nastiest, meanest, and ugliest villains. At the very top of that list is the evil wizard Babidi. He has considerable powers, notably the ability to control anyone with the slightest bit of evil in them. Like many villains, Babidi isn’t just ugly on the outside.

With short stature, a big head, and creepy green skin, Babidi takes pleasure in the suffering of others. If that isn’t enough, he’s also sick, twisted, and laughs hysterically at others’ misfortunes. He’s easily one of the most unattractive anime characters. 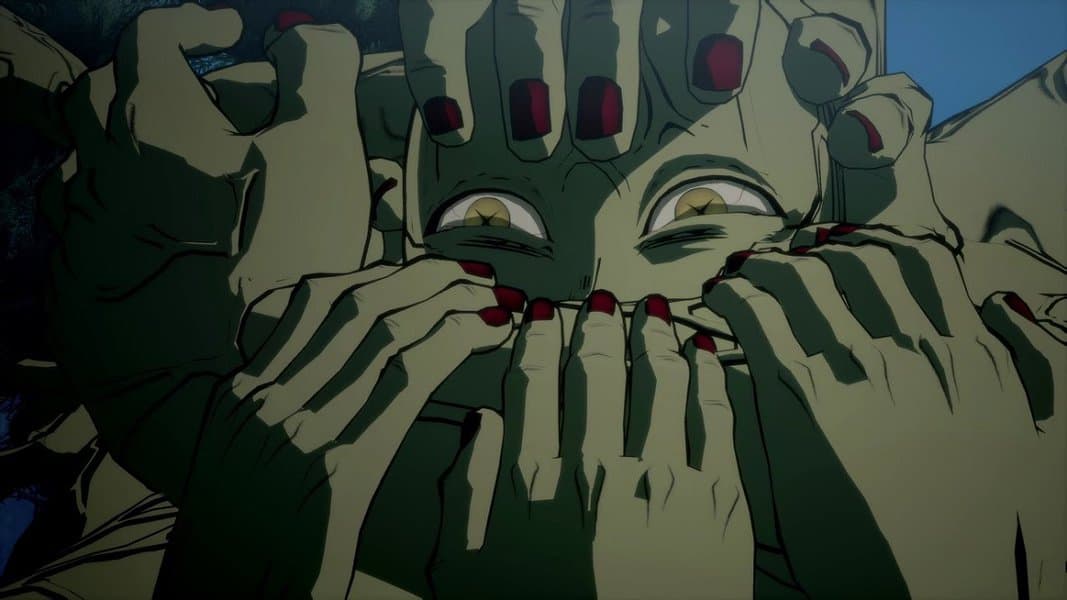 Demon Slayer features terrifying yet attractive demons. The series follows Tanjiro Kamado as he trains to become a demon slayer after his sister becomes one. While many villains are slick, stylish, and hot, the Hand Demon doesn’t meet those criteria.

The Hand Demon has an unsettling appearance with a large monstrous body. With green skin and small yellow eyes, his appearance changed to grotesque after he began eating people. The Hand Demon ate so many people that he grew hands all over his body.

12. Tomoko Kuroki (No Matter How I Look at It, It’s Your Guys’ Fault I’m Not Popular) 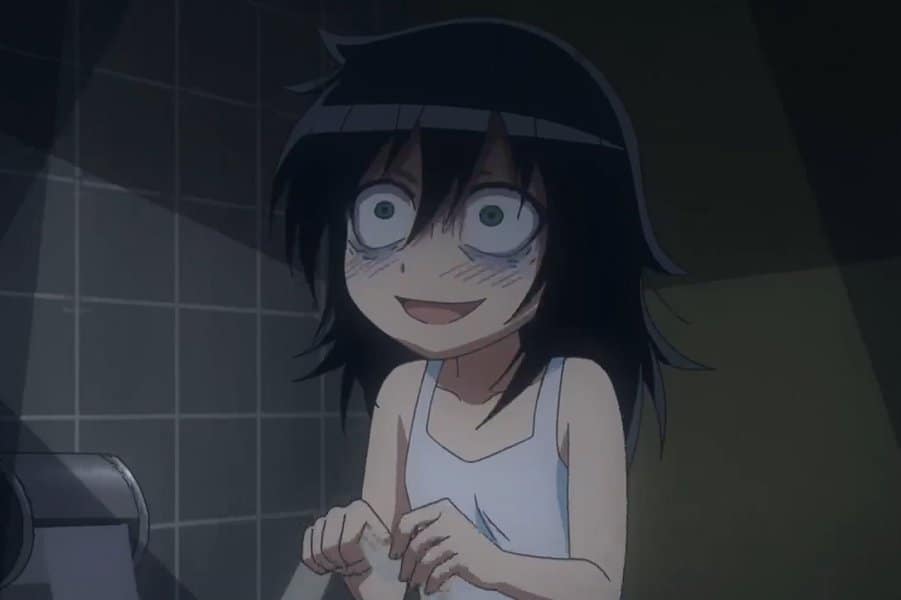 In anime, high school kids are usually gorgeous, with slick designs and sharp features. Even the brooding kid writing about death is considered hot. Well, Tomoko Kuroki shatters all stereotypes. Appearing in No Matter How I Look at it, It’s Your Guys’ Fault I’m Not Popular, Kuroki is a sarcastic loner with large bags under her eyes and a disheveled appearance.

The series revolves around Tomoko as she finds different ways to become popular. With a pessimistic attitude, even her daydreams end with her getting seriously hurt.

See more about - 19 Hottest Anime Girls Of All Time 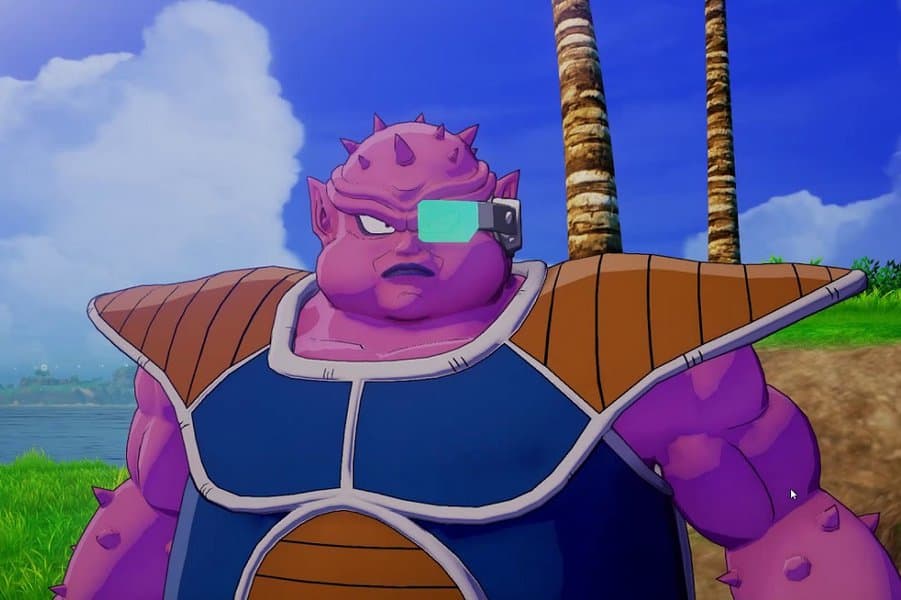 In Dragon Ball Z, Son Goku travels the globe searching for the seven orbs as he encounters a wide variety of villains. The series features a long list of violent, ruthless, and ugly villains. However, none compare to Frieza’s number one henchman Dodoria.

With a reputation as an obnoxious bloodthirsty bully, his appearance matches his ugly personality. The powerful commander is a pink slob with nasty-looking spikes all over his body. He’s easily the most hideous character in the Dragon Ball franchise. 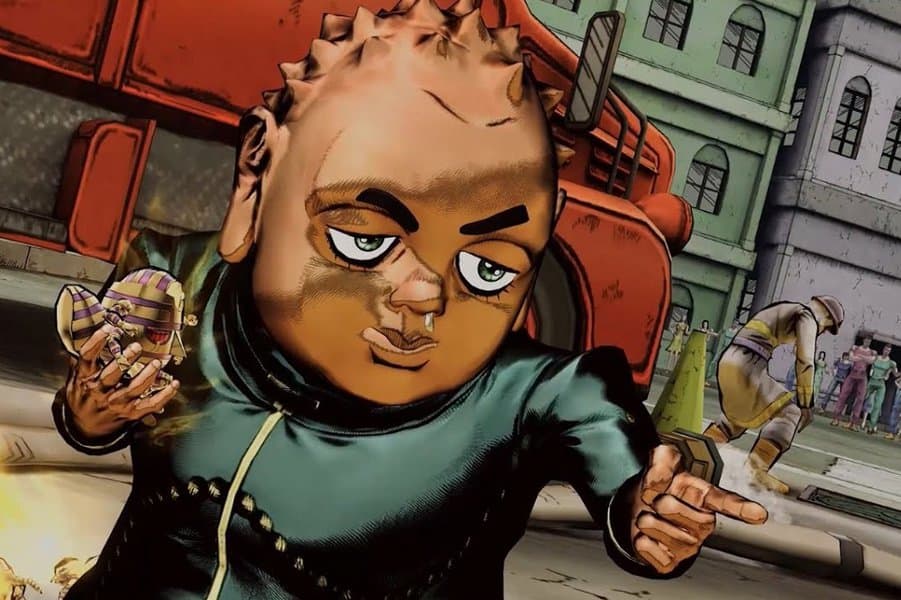 Jojo’s Bizarre Adventure – Diamond is Unbreakable follows Josuke Higashikata and his friends on the hunt for a magical bow. At one point, Higashikata begins looking into the murder of a local teenage boy, Shigekiyo Yangu, who has a unique appearance and design. In other words, he’s unattractive.

Yangu didn’t have a lot going on since he was bald, short, and plump. He also lacked intelligence and could be a bit too trusting. His mysterious death draws Higashikata into the case. 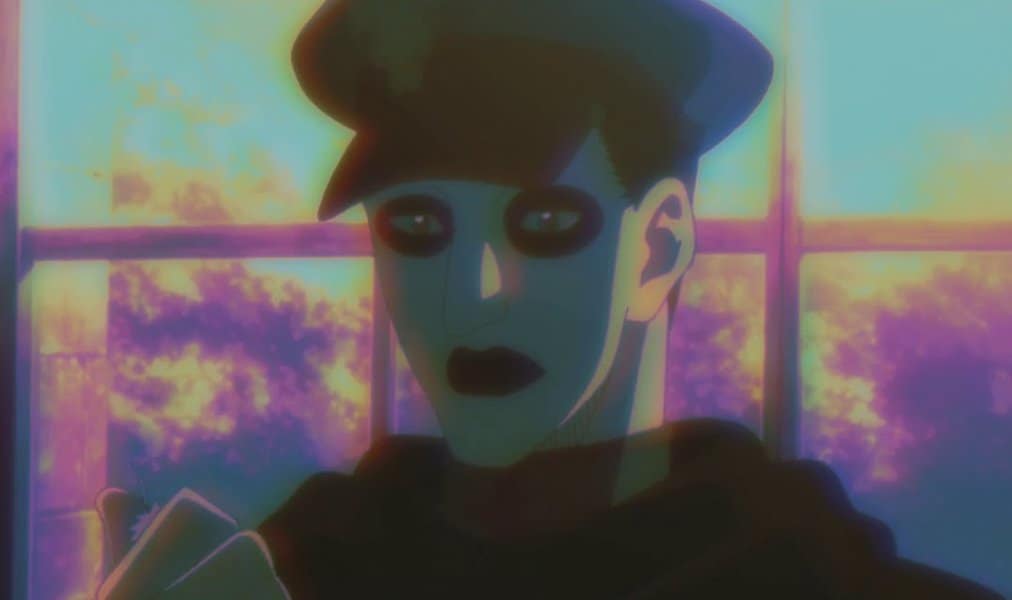 The popular anime Black Cover follows a young boy named Astra. Living in a world full of magic, Astra discovers he might be the only one without powers. Throughout his journey, Astra encounters several interesting characters. One of the most unique characters that he meets is Gordon Agrippa.

He sticks out in a crowd with his pale skin and piercing red eyes. Additionally, he wears eyeshadow to highlight his red eyes. To top it off, he has shiny black hair that he slicks back. Gordon Agrippa is one of the ugliest characters in the series. 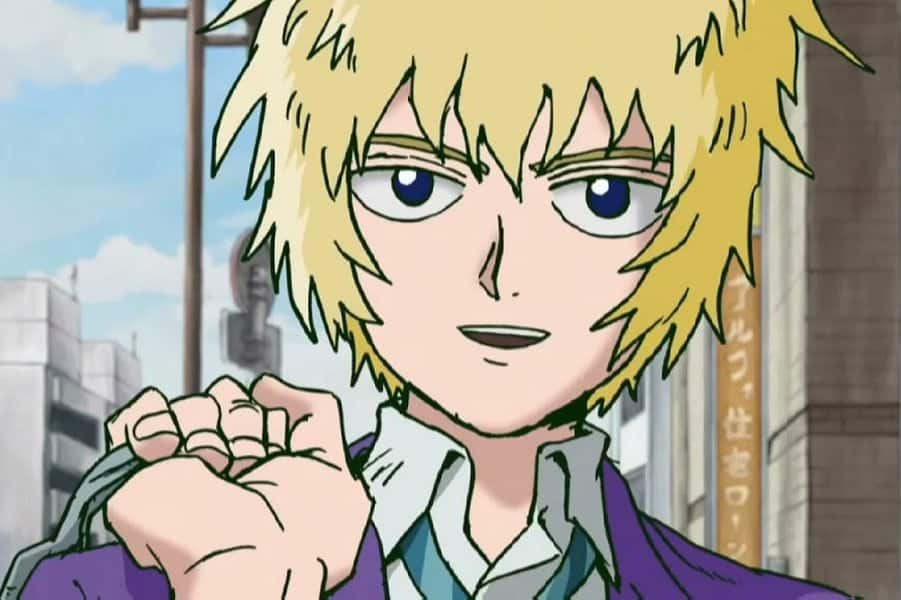 First, Teruki Hanazawa and the main protagonist Shigeo Kageyama are bitter enemies. They eventually form a friendship, although the rivalry’s still there. With his charm and dashing good looks, Teruki is one of the best-looking characters in the series. However, the tragic tale of his hair knocks him down a few pegs.

Initially, he has stunning hair, but it gets cut off. He’s left with nothing but a shiny bald head. He then begins wearing an awkward-looking wig that doesn’t do an excellent job of hiding his secret. 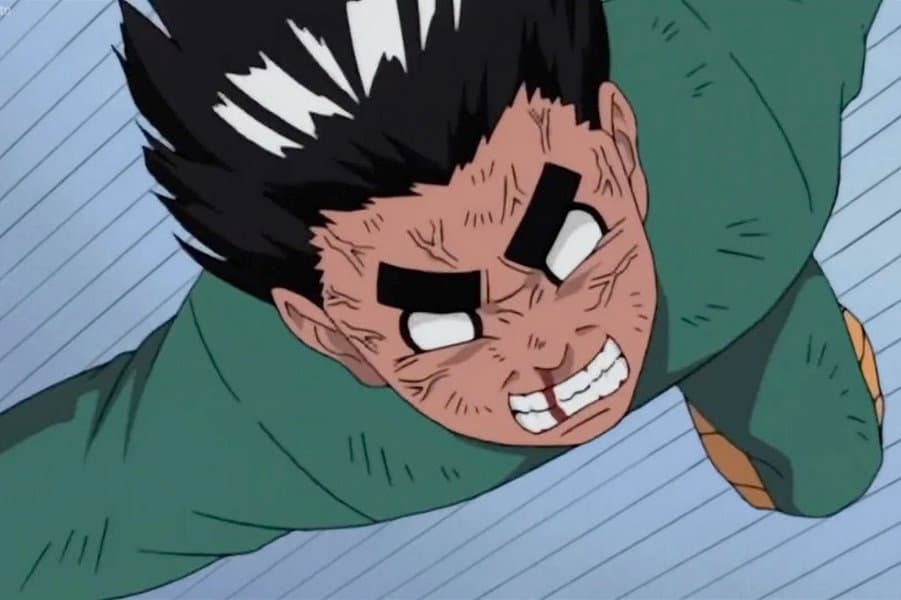 Rock Lee is one of the most popular anime characters in the beloved series Naruto. With a large fan base, his popularity rivals the main character. However, critics also consider him one of the silliest-looking characters in anime.

Lee has a distinctive bowl haircut with a unique shine to it. Furthermore, he also has two very bushy eyebrows earning him the nickname centipede brow. Despite his goofy and striking appearance, Rock Lee is one of anime’s most recognizable characters.