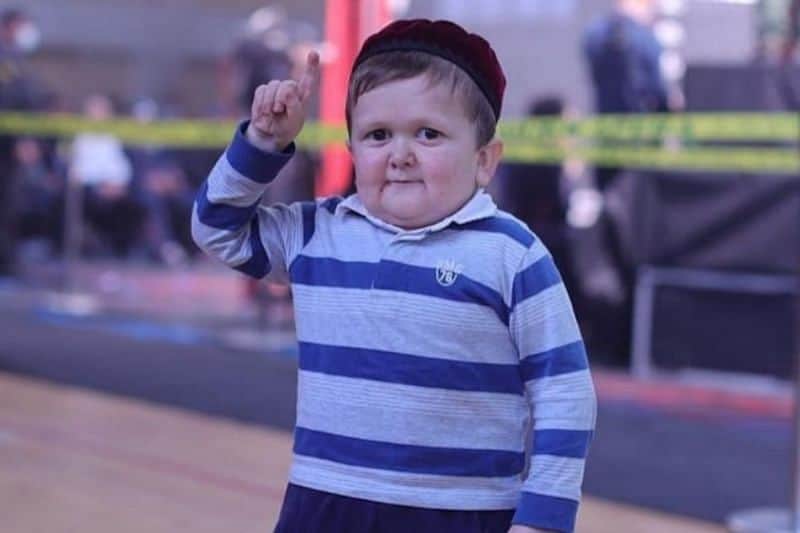 Who Is Hasbulla Magomedov? The Pint-Sized ‘Mini Khabib’ Taking the Internet by Storm

The newest talk of the town, Hasbulla Magomedov, has made a mark on two fronts: combat sports and social media. Tik Tok is the most notable example. With a cherub appearance and child-like face, one of the first questions people ask about Hasbulla Magomedov after discovering his content, or content about him, is hold is he?

Born in 2003, he is 18 years old. He appears, however, childlike. With a strong demeanor, at least online, and ripe with aggressive and heckling commentary for MMA fighters and others in the same realm, the social media superstar’s capturing a lot of attention.

Not much is known about Hasbulla, however. The following frequent questions address some of the most common talking points that work their way into the conversation about who Hasbulla is, what he does, and where his future is going.

Where Is Hasbulla Magomedov From?

Hasbulla hails from Makhachkala, Dagestan where he is a blogger by trade. Dagestan is a Republic of Russia located on the Caspian sea. The city is famous for producing MMA fighters and UFC champions.

What Is Hasbulla Magomedov Famous For? 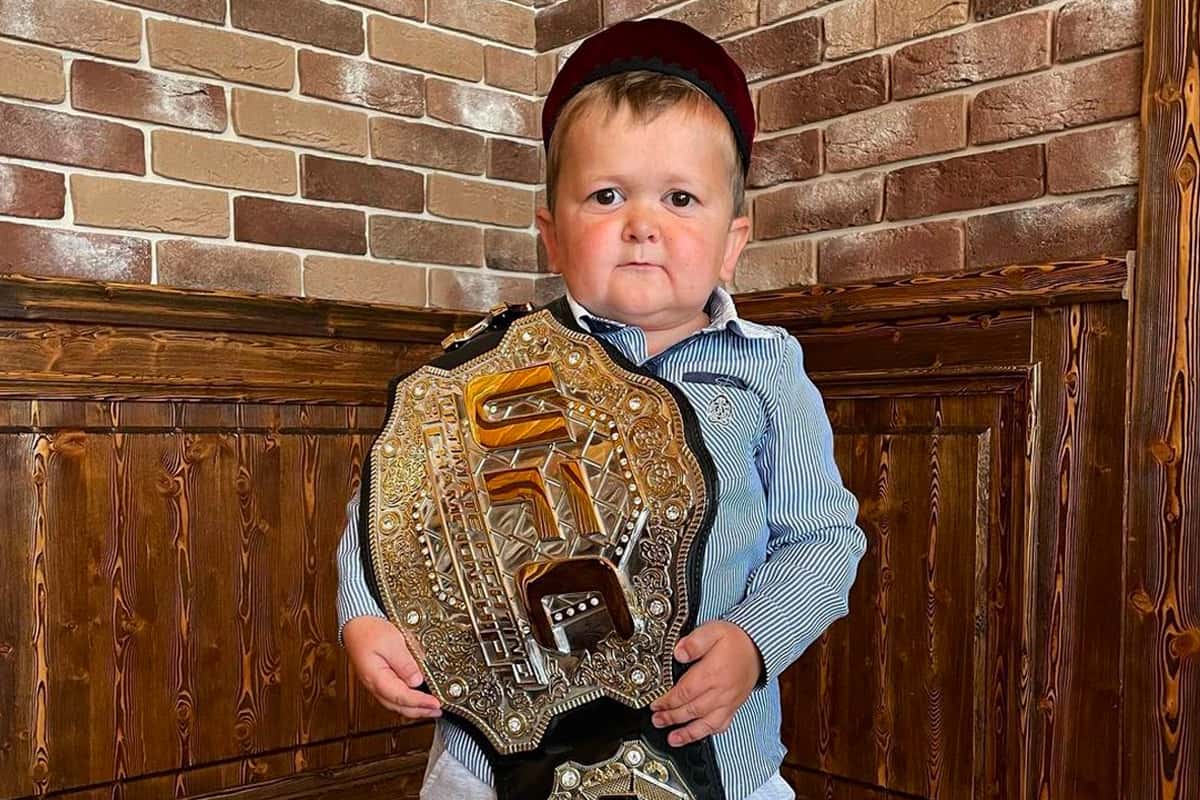 Since November of 2020, he’s been creating content, a move that’s led to his now-viral status thanks to Tik Tok fame. He’s made a name for himself doing parody and comedy regarding MMA.

What’s striking about the star, for many, is his appearance. He looks young, but he is 18 years old. He reportedly has a form of dwarfism known to cause short stature and a high-pitched voice. Fans enjoy viewing and sharing his content across platforms.

Dagestan is known for producing some quality MMA fighters, and Hasbulla was ready to work his way into the mix. With social media, he was able to not only enter the conversation around the sport but command the attention of the room. With so much talk around the celebrity, people are hoping to see him one day be in an authorized fight.

Ever ambitious, he worked his way into making connections with big names all the while working out and following his own training regimens.

How Tall Is Hasbulla Magomedov?

His height is one meter or about three feet, three inches. He weighs about 35 pounds. 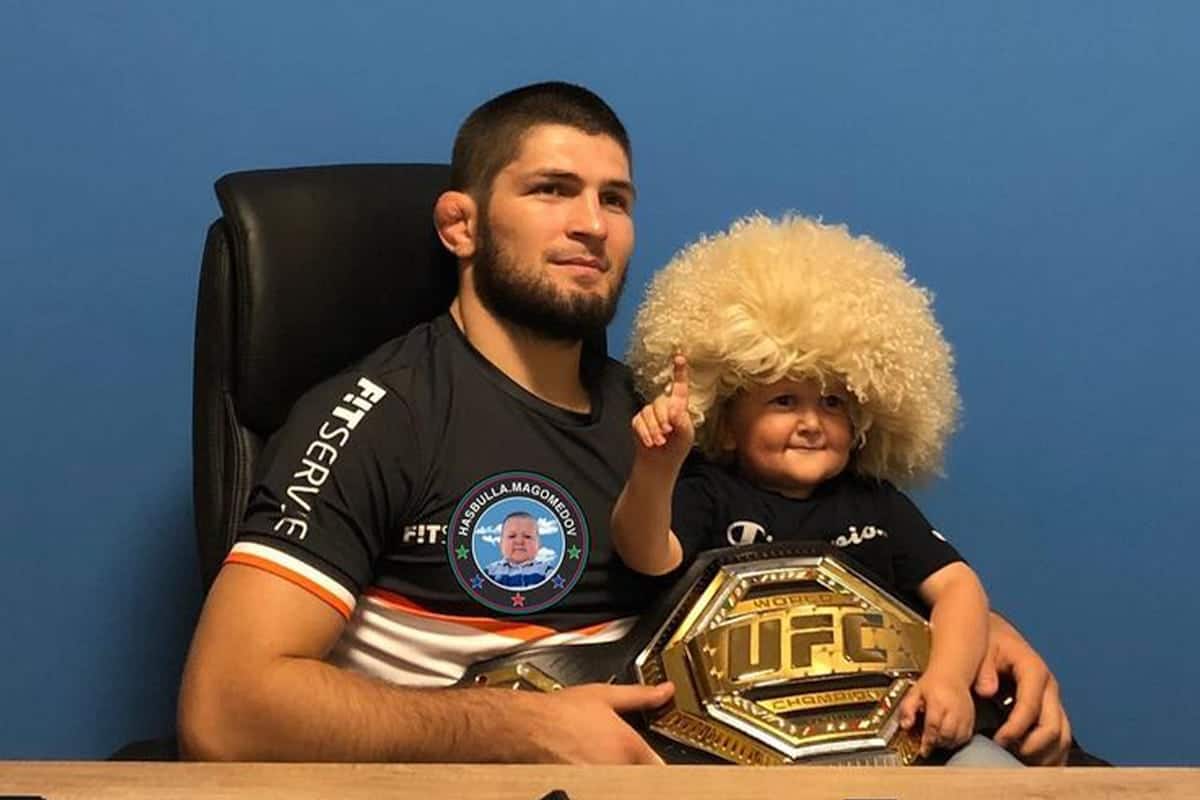 Hasbulla is popular amongst fans of MMA where he’s known as Mini Khabib, a reference to his popular reenactment of Khabib Nurmagomedov’s infamous UFC weigh-in. Since then, the two have become friends, promoting videos together.

Hasbulla Magomedov isn’t out of the media’s attention yet, especially with the rumors of a fight with someone his own size continuing to circulate the globe. Throughout his rising fame, a rival has grown in the peripherals. He goes by the name Abdu Rozik, an 18-year-old from Afghanistan who originally had become famous in the community for his musical talents.

One of the most popular videos starring Hasbulla puts him against his fellow social media star who has a body type similar to that of Hasbulla. The two went at it head to head in a video for fans in May 2021. Because the pre-fight “press conference,” which sort of looks more like a publicity stunt, mirrored that of Khabib Nurmagomedov, Hasbulla had backed up his Mini Khabib nickname.

Now, an MMA event has rumoredly been set so Hasbulla and Abdu can hash it out once and for all. It’s supposedly being overseen by Ashab Tamaev, a Chechen MMA fighter. Although there’s a lot of hype around the battle, no date has been set at this time.

Not everybody is excited about the pending match, though. The Sports Association of Little People of Russia has been taking a stand against the fight, calling it unethical for a variety of reasons.

Although there’s plenty of buzz around the idea, some are starting to feel that the event might not ever materialize. Regardless, Hasbulla continues to produce content that riles up UFC stars like Connor McGregor. As they say, the show must go on.

In fact, as more and more time passes, audiences are beginning to see the show as a bit of a farce or comedy, set on entertaining rather than laying it all down in a battle royale. Is it true? Only time will tell.

Does Hasbulla Magomedov have hobbies? Of course! The social media mogul is known not only for his commentary. He also is a fan of BMWs and sports cars. Other social media content has shown him driving four-wheelers on the beach.

Guns and arms also seem to interest Hasbulla. For example, the man has been seen with knives and an AK-104.

What Is Hasbulla Magomedov’s Net Worth?

It is hard to say how much money Hasbulla Magomedov has made or will make out of the recent and ongoing exposure. Whereas many sources claim his net worth is unknown, one report by Media Referee estimates the social media giant may be worth as much as $200,000 USD.

What Condition Does Hasbulla Magomedov Have? 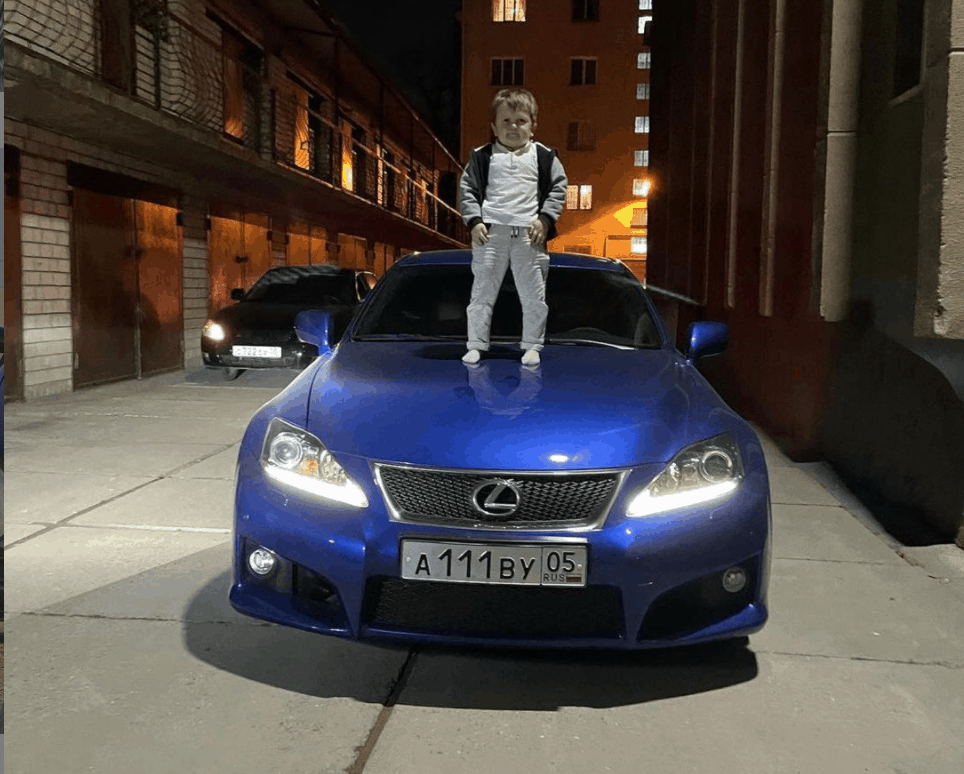 It is believed that the star has a condition known as growth hormone deficiency, also called GHD or dwarfism. For this reason, it appears that the big name looks younger than he actually is.

Growth hormone deficiency is a condition that occurs when there is not enough of the hormone present in the body. The most common results of the condition are a small stature. In adults, there may be low muscle mass, high cholesterol levels, and low bone density. Hasbulla Magomedov in particular hasn’t disclosed much about his own condition.

It’s not fully known what causes the condition. Medical professionals believe the causes relate to genetics, trauma, tumors, or radiation exposure. A variety of genetic anomalies can cause the condition as well. Generally, the pituitary gland’s lack of function results in the condition.

What’s Next for Hasbulla Magomedov?

It’s hard to say what will be in store for Hasbulla in the coming months. Recently, he’s been seen promoting protein bars for Khabib Nurmagomedov. He’s also been giving and receiving callouts within his community.

Whether a fight will happen with Abdu Rozki may or may not ever materialize, but there’s nothing stopping another event from taking place. Maybe somebody else will challenge Hasbulla in the near future. Wherever Hasbulla Magomedov lands next, it is sure to be legendary.