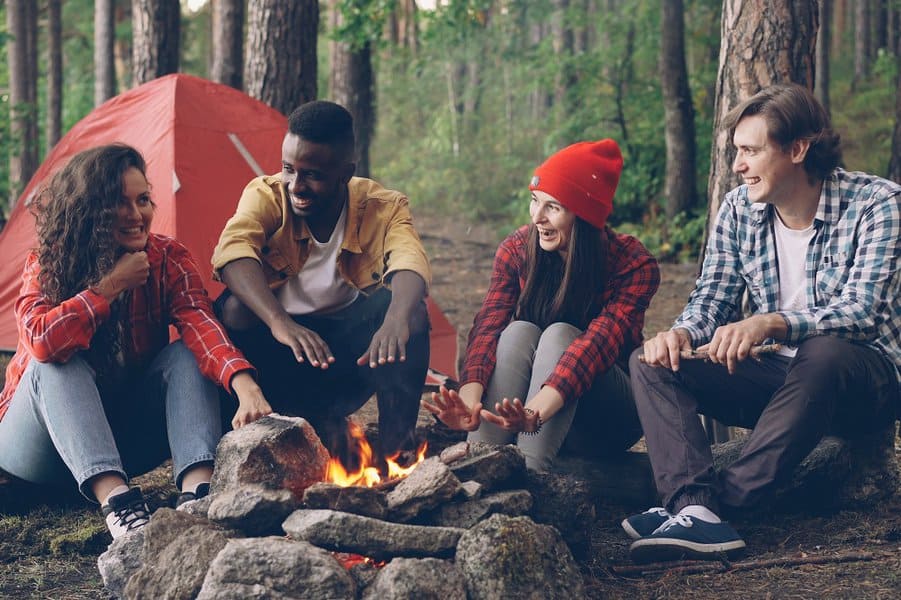 11 Funny Campfire Stories To Tell Next Time You Go Camping

With the stars twinkling in the sky, families sit around a crackling fire as they tell spooky, scary, and hilarious campfire stories. No camping trip is complete without gathering around a fire, roasting marshmallows, and telling campfire stories. There is nothing better than a scary ghost story unless it’s a funny story.

Funny campfire stories are perfect for families with kids or adults that scare easily. The ideal campfire story is a little spooky and sometimes very scary, but is always funny. That way nobody has intense nightmares or panic attacks at the slightest sound during the night. Let’s cozy up around the warm fire and tell funny campfire stories.

11 Funny Campfire Stories To Tell Next Time You Go Camping

1. The Tale of Able Fable and His Money on the Table 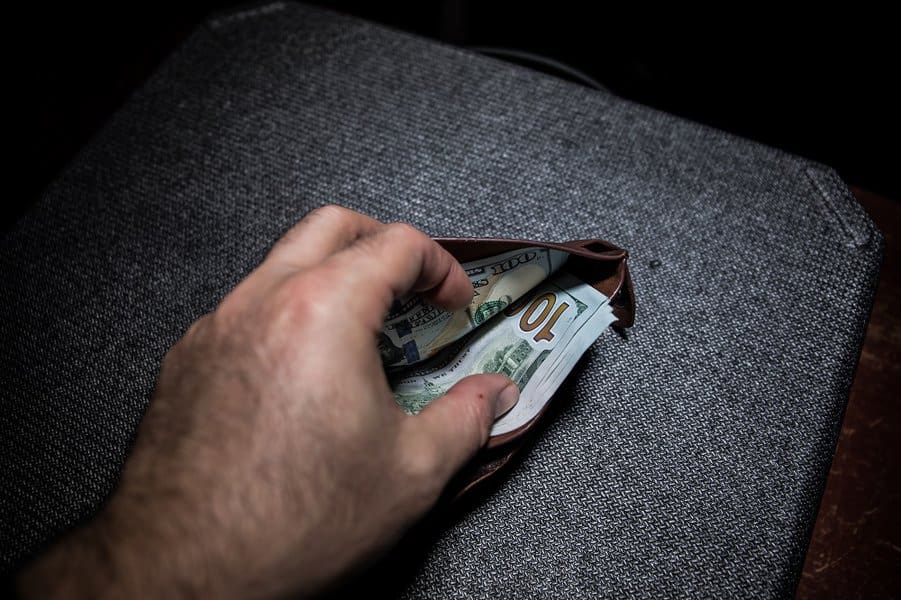 The Tale of Able Fable and His Money on the Table revolves around a grumpy old man, Able Fable, who always locks his wallet in his safe full of money every night before bed. He warned his family that his ghost would protect his money if something happened to him. One night, Fable forgot to put his wallet in the safe and left it on the table. After his death, the eldest son entered the house to get the money and wallet from the table. Suddenly, he heard a ghostly voice yell, “I am the ghost of Able Fable, put the money back on the table!” 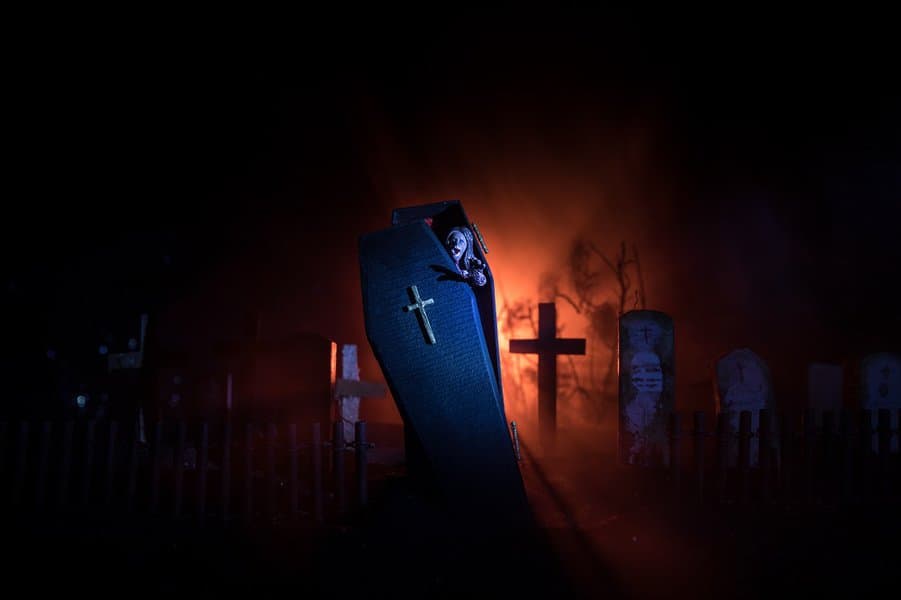 The best campfire stories always include a great pun. For instance, in The Persistent Coffin, a young man wanders down a dark empty street at night, passing by a cemetery. Suddenly, the man hears a sound, “bump, bump, bump.” He turns around and sees a coffin in front of him. The man runs but the coffin chases after him. As the man runs for his life, he can hear the coffin behind him.

The man runs to his home for safety but the coffin won’t give up. He hides in the bathroom but can hear the coffin climbing up the stairs, “bump, bump, bump.” The coffin knocks down the door and approaches the man. The man grabs the closest item, cough syrup, and throws it at the coffin. Finally, the coffin stopped. 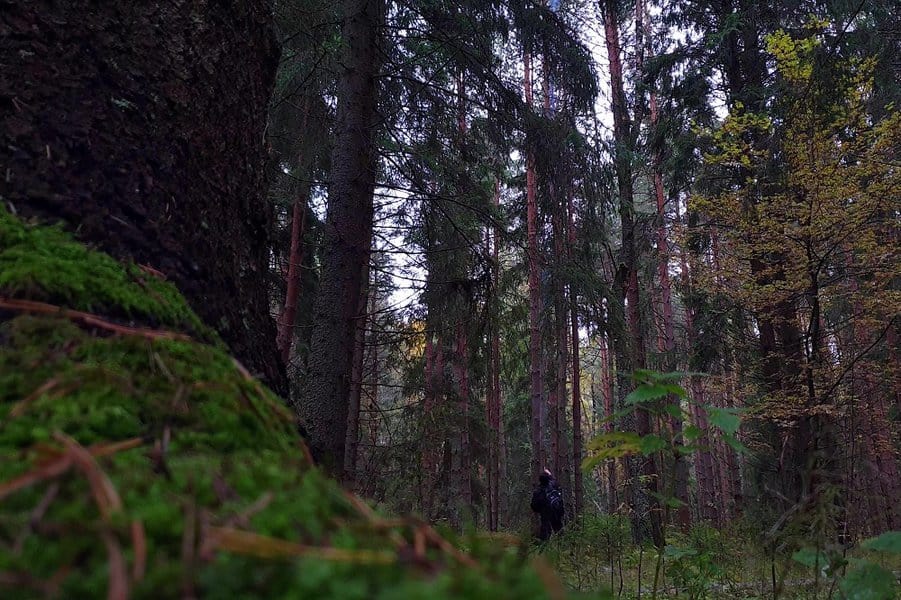 The Hunter and 911 Operator follows two hunters who enter a dark and dangerous forest. Suddenly, the first hunter falls to the ground with his eyes wide open. He doesn’t appear to be breathing as his body lays on the cold forest ground. In a panic, the second hunter calls 911 and asks the operator, “My friend is dead. What should I do?”

In a soothing voice, the 911 operator tries to calm the second hunter down. The operator says, “I can help you. Calm down. First, let’s make sure your friend is dead.” After a long pause, the operator hears a loud gunshot. The second hunter replies, “Okay. Now what?”

4. The Mystery of the Pink Ping-Pong Balls 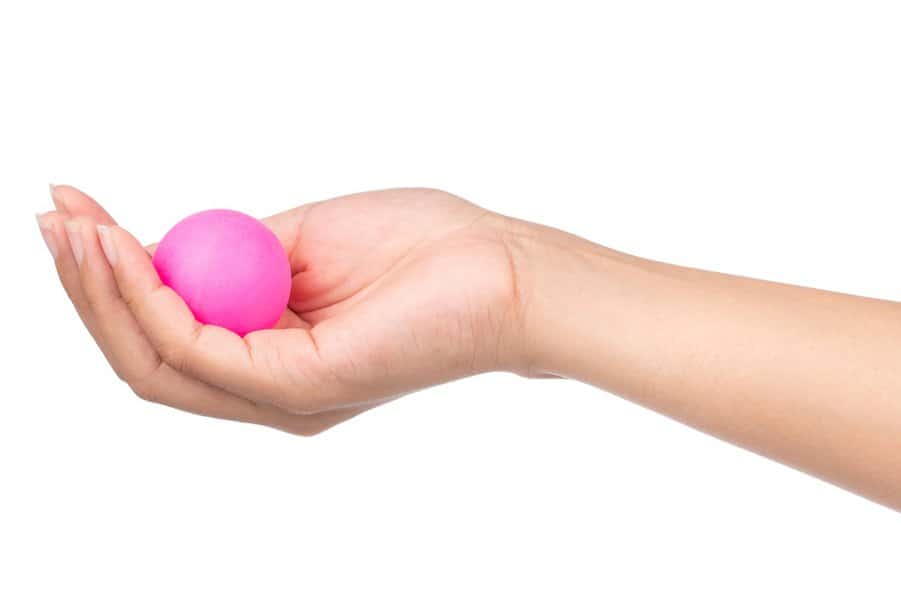 The Mystery of the Pink Ping-Pong Balls is a strange and funny campfire story with a twist ending that’ll make M. Night Shyamalan proud. It all begins when a son asks his wealthy father for a pink ping-pong ball for his third birthday. The son takes the ball to his room, and the father never sees it again. For the next decade, the father purchases boatloads of ping pong balls for his son’s birthday. Each time, the son takes the balls, and the father never sees them again.

When the son turns 20, he’s in a horrible car accident and ends up in the hospital. While in the hospital, the son requests a ten-pack of ping pong balls. The father agrees again, but the curiosity is too much for him. He needs to know what the son does with the ping-pong balls. Finally, the son decides to tell the father the mystery. He sits up in bed with all his strength, starts talking, and then dies. This is a good campfire story everyone can enjoy. 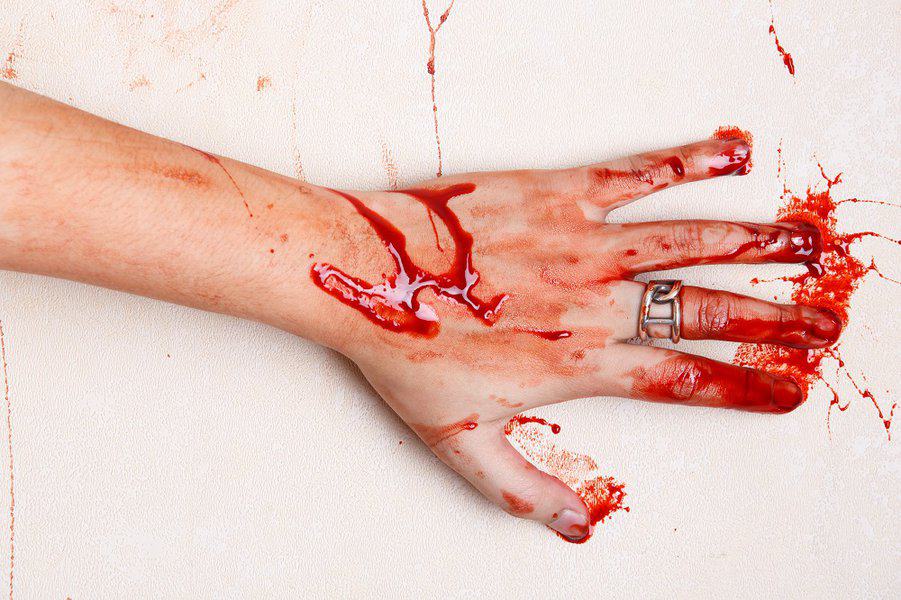 A family consisting of a father, mother, son, daughter, and a little baby search for a hotel room while on vacation. The father’s desperate and will take any room they have available. Feeling bad for the family, a hotel clerk gives them the last room, but it’s not an ordinary room. It’s haunted.

While staying in the haunted room, the mother orders a pizza. She places it on the counter and heads to the bathroom to wash her hands. As the impatient baby watches the pizza in the other room, the mother hears an eerie voice yell, “bloody finger!”

The mother’s so scared she jumps out of the window and never returns. The father, brother, and sister all hear the strange voice utter, “bloody finger!” They all jump out the window and never return. But the baby still wants his pizza. He goes into the bathroom looking for his family and hears the voice, “bloody finger!” The hungry baby yells, “Awww… stick a bandaid on it!” 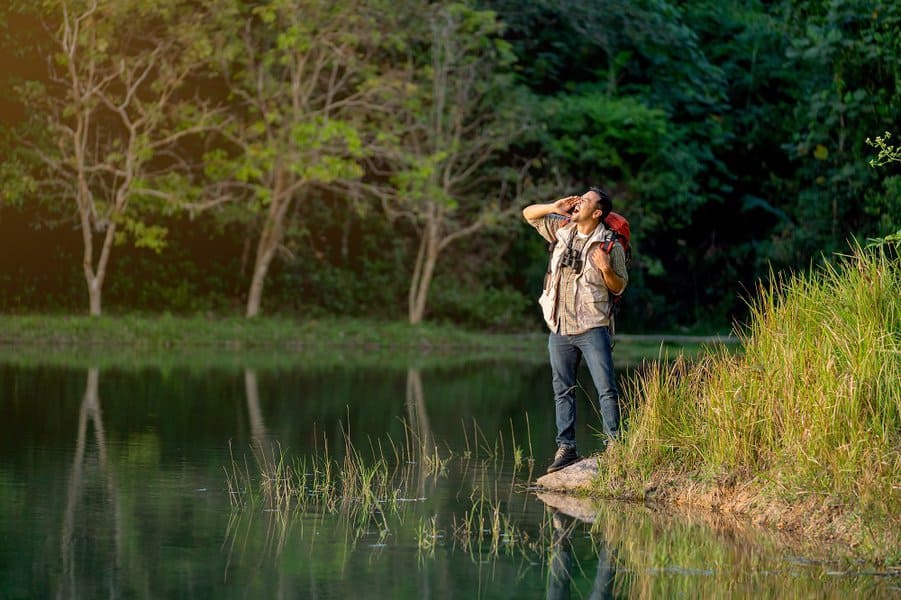 The campfire story Lost is an oldie but a goodie. Important note; this story requires a helper at the end.

The tale revolves around a group sitting around a campfire when one of the boys, Tony, goes missing. The campers are sent to their cabins as the camp counselors search the grounds for Tony. Unfortunately, the search stops when a terrible storm hits the area. But one counselor’s undeterred and heads out during the storm. 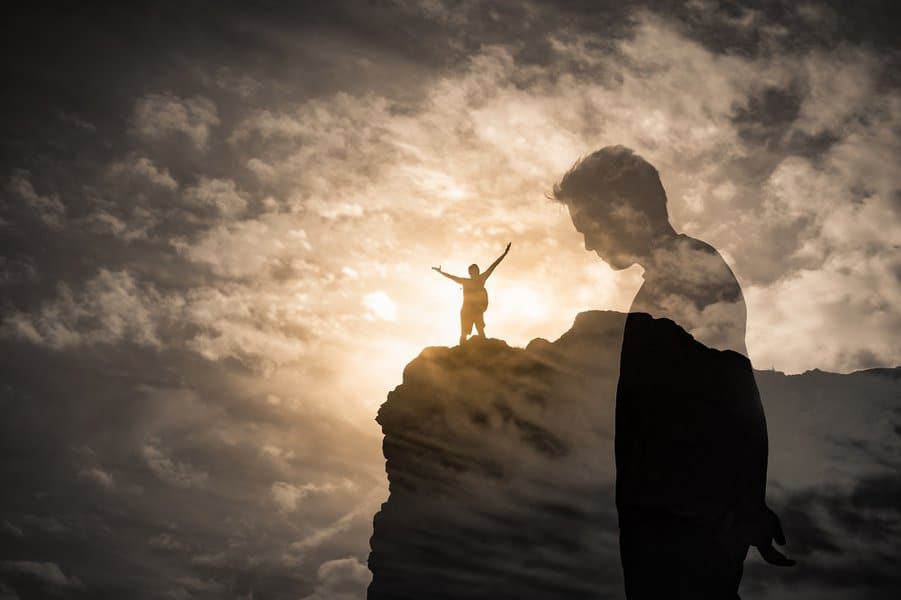 The unlucky man lived in a gorgeous cabin and had everything a person could dream of owning. Despite this, he felt unlucky. He searched for God to find out why he was unlucky. Along his journey he met a weak wolf, a sickly tree, and a lonely woman. The man promised each one that he’d ask God a question for them. The man eventually found God fishing and asked him why he was unlucky. God responded, “You have all the luck you need. It is all around you; you just don’t notice it.”

After getting all the answers from God, he returned to each character. The man told the woman God’s response was for her to get married. She asked the man to marry her, but he was busy looking for his luck. Then, he told the tree that he wasn’t growing strong because someone had buried treasure at his roots. The tree asks the man to dig up the treasure, but he’s busy looking for his luck. Finally, the man tells the wolf that God told him to eat the first stupid animal he sees. The wolf obliged and enjoyed eating the man. 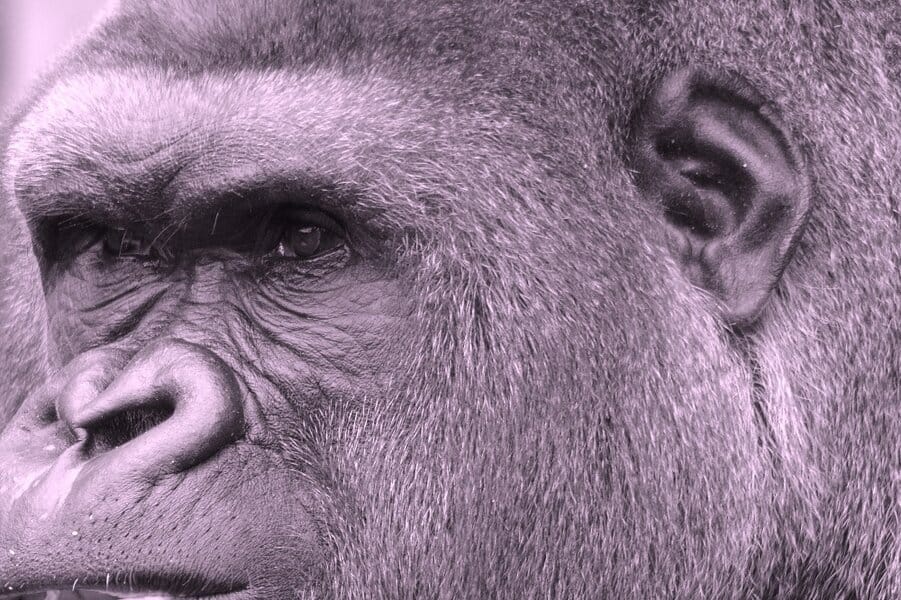 After his truck failed to start, a young man approached a farmer for help. The farmer offered to let him stay in the barn until the following morning when they could get the truck repaired. However, the farmer has a secret. He revealed that his giant pet purple gorilla lives under the barn in a secure location behind bars, steel doors, and barriers. He warned the man never to touch the purple gorilla under any circumstances.

Of course, the man’s curiosity got the better of him and he touched the giant purple gorilla. The gorilla screamed and chased the man, breaking down the bars, steel doors, and barriers. The man hauled it to his truck and tried to leave. The gorilla grabbed the truck, reached inside, and touched the man, yelling, “tag, you’re it.”

9. The Moose and the Fly 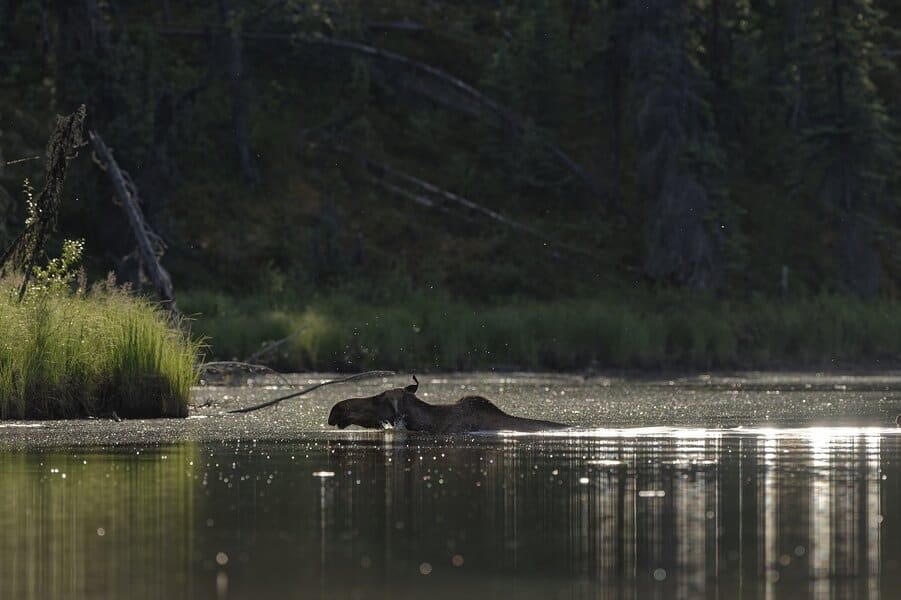 The tale of the Moose and the Fly tells the story of how Minnesota got the name “Land of 10,000 lakes.” In the campfire story, a giant moose from up North would drink the entire Mississippi River. All the animals struggled due to the loss of water. They came together to come up with a way to stop the moose.

Despite all the strong animals, the fly was the only one brave enough to take on the moose. The next time the moose came to the river, the fly attacked. It kept flying around, biting the moose, causing the giant animal to stomp its large feet. Thus, the moose created holes that water rushed in to fill. The moose ran off and warned the other moose to stay away from the biting fly. 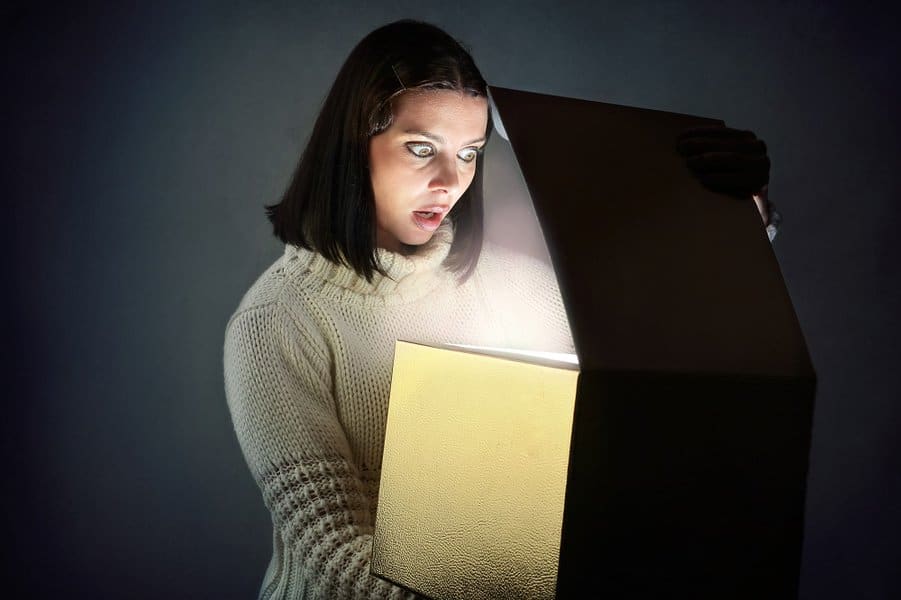 In the Strange Rapping Sound, a young woman’s family tasks her with cleaning out her grandmother’s house after her death. While staying in the old house, the woman began hearing a strange rapping sound. Throughout the house, she could hear a faint “rap, rap, rapping.” She searched the entire house for the strange rapping sound.

As she approached the kitchen, the “rap, rap, rapping” was getting louder. She realized the sound was coming from the cellar. She climbed down, and the sound was deafening. It was coming from a trunk in the corner. With the hairs on her neck standing up, she slowly opened the box and saw the horrifying cause of the sound – wrapping paper. 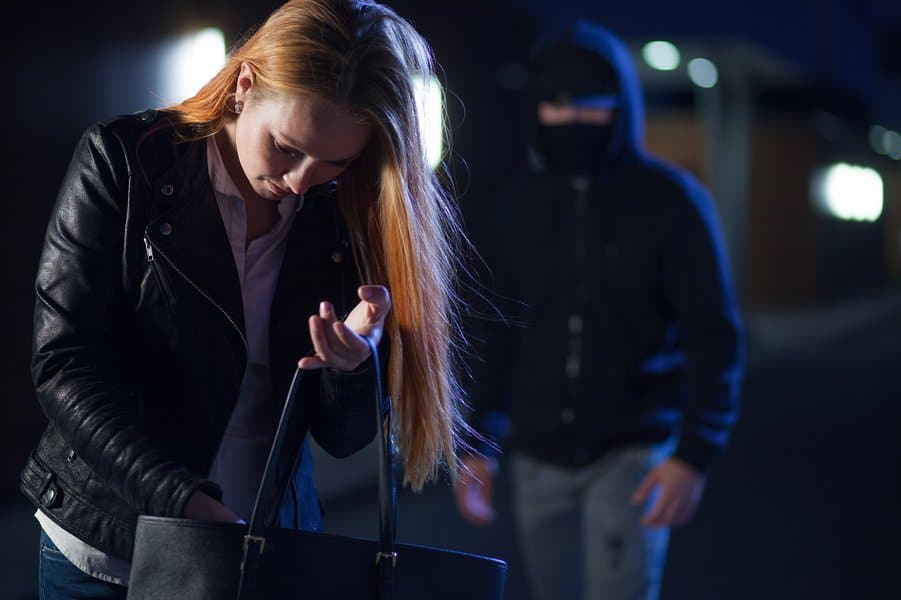 The Stalker is perfect for all campfire stories because it plays off classic horror movie tropes while adding some humor. A woman was walking down the street on a cold and lonely night. Suddenly, she began to hear a slapping sound behind her. She turned around, but there was nobody there. The faster she ran, the louder the sound got.

In a state of panic, she jumped on an empty bus. She gets off the bus but can still hear that odd slapping sound. The woman ran to her front door, with the sound getting louder. As she fumbled in fear with her keys at the door, a man in a cloak approached. He stared the woman dead in the eyes and said, “the heel on your shoe broke off.”

See more about - Personal Stories Of Life After Death: 9 People Reveal Their Experiences