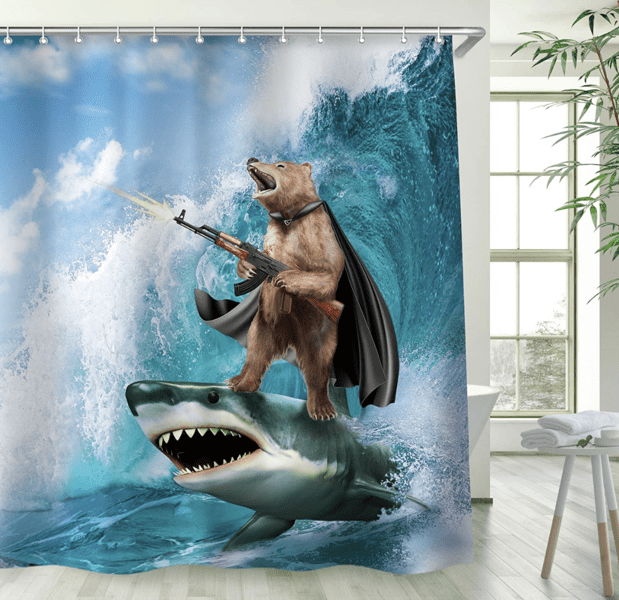 25 Funny Shower Curtains for Your Bathroom

Finding the perfect shower curtain is as challenging as finding the right house or life partner. It’s a crucial decision that every person or couple must make at one point. Some people go for a basic color and pattern. It’s a simple curtain and there’s nothing wrong with that. Honestly, some people just want something different with their bathroom decor. That’s why experts recommend funny shower curtains.

It will tie the whole bathroom together, and it’s good for a laugh. A funny shower curtain will have the family and friends laughing as you brush your teeth and take a shower. To be fair, it might cause a mess with men going number one. Regardless, here’s a look at 25 funny shower curtains.

25 Funny Shower Curtains for Your Bathroom 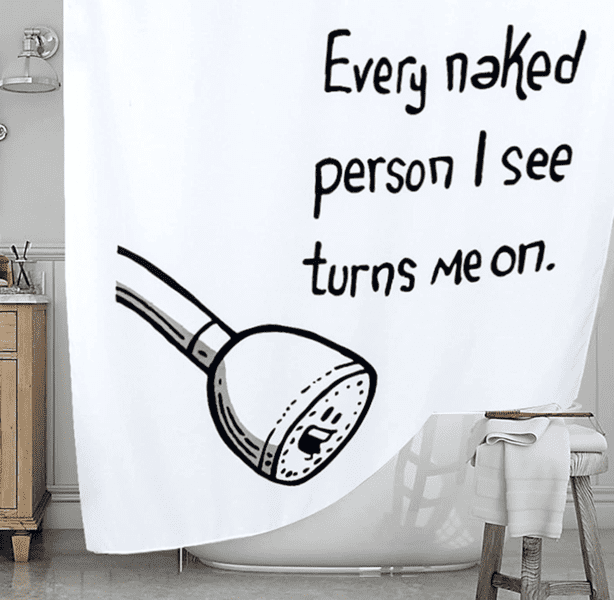 Ever look at your bathroom and feel like something’s missing? Honestly, it’s probably Yokii’s Funny Fabric Shower curtain. We all know shower heads get turned on easily. All you have to do is take off all your clothes. This is a realluy cool shower curtain. 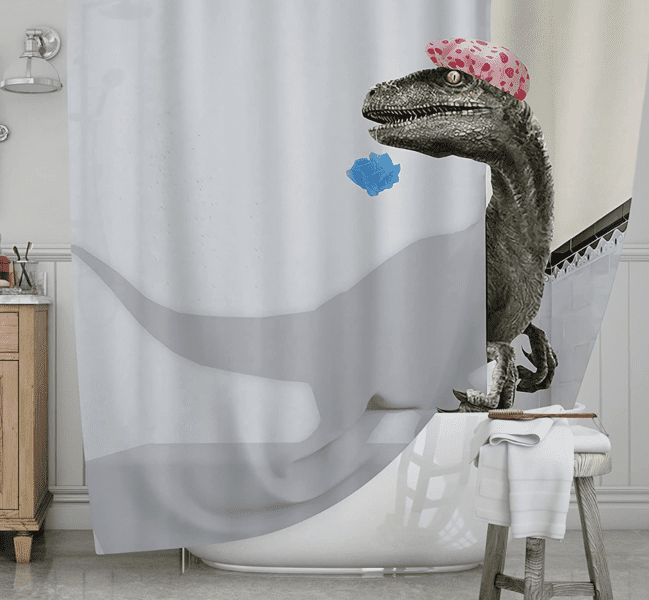 Bomehsoi makes all types of cool shower curtains, but this take’s the cake. A dinosaur taking a shower is funny on its own. Throw in a shower cap, and it’s even funnier. 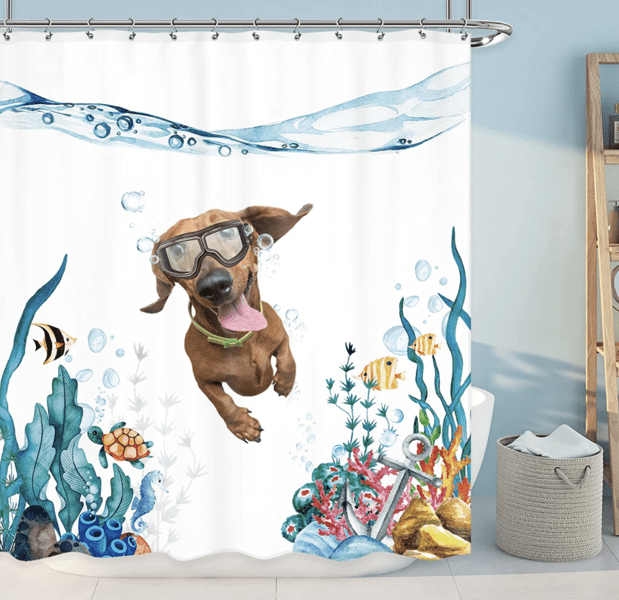 The swimming dog shower curtain is ideal for families and pet lovers. LGhtyro knows that everyone loves a cute swimming puppy. Plus, they added some turtles and fish to turn the cuteness level up. 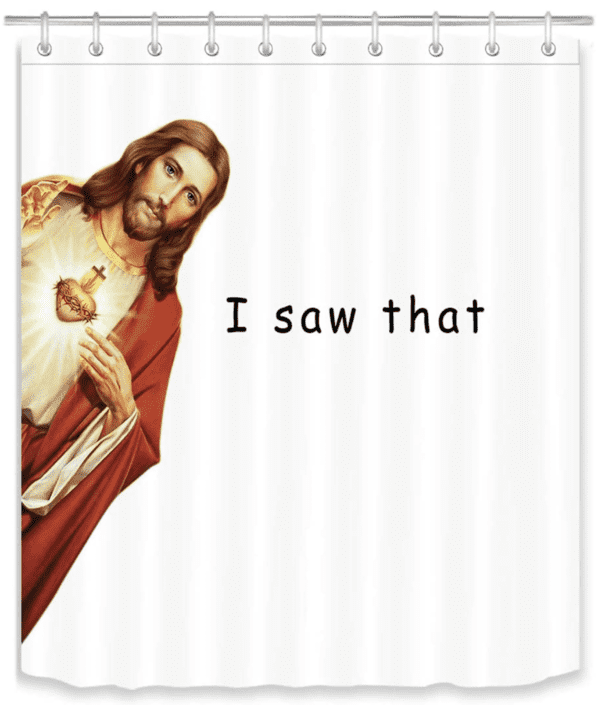 The LB Jesus Christ shower curtain is funny and creative while it ties the whole bathroom together. Plus, it’ll make you feel guilty for doing that thing in front of JC. Don’t forget, he’s always watching you. 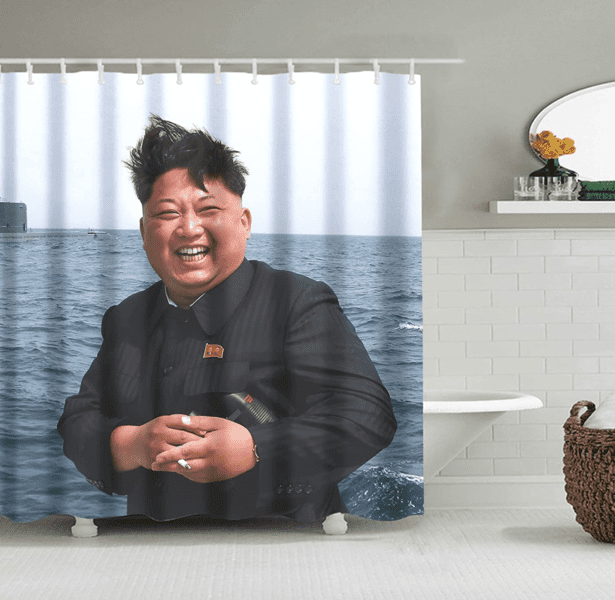 Have a teenager that takes really long showers? Get the funny Kim Jung-um shower curtain, and the problem is solved. Trust us, he’ll make them get out.

See more about - 68 Funny Birthday Wishes For All Occasions 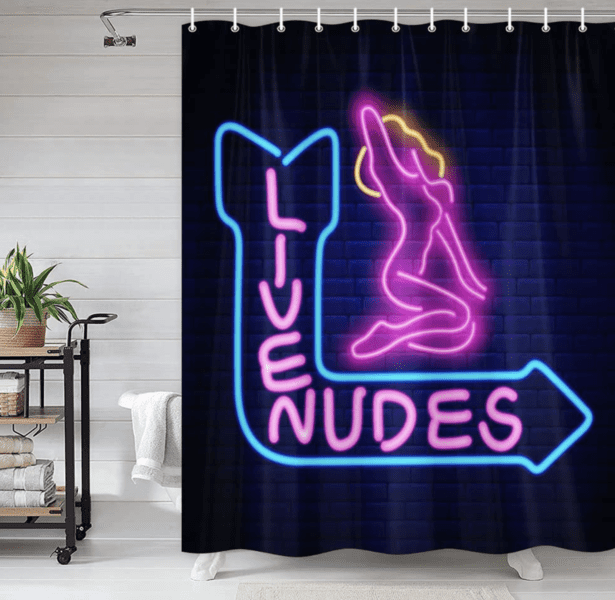 The Bzecbei Live Nudes shower curtain is funny and true all at the same time. The cool shower curtain consists of polyester fabric so you can advertise the live nudes in your shower for years. 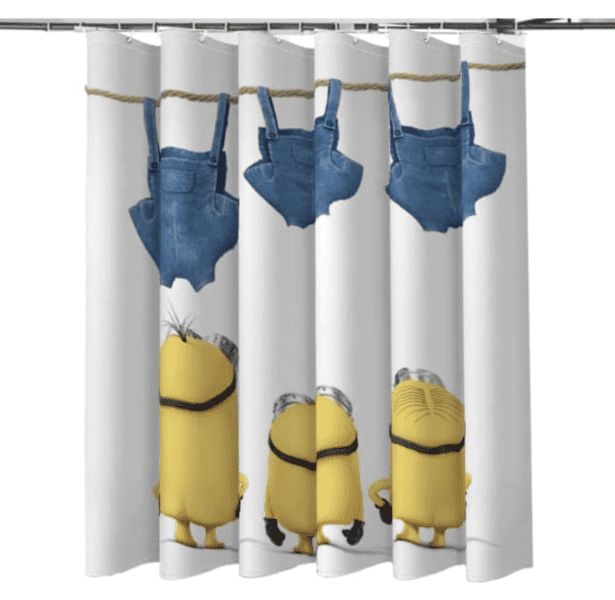 Nobody loves a funny shower curtain more than kids. They’ll love the Minions watching their pants dry on the shower curtain rod. Add some Minions butts, and it’ll sell out in seconds. 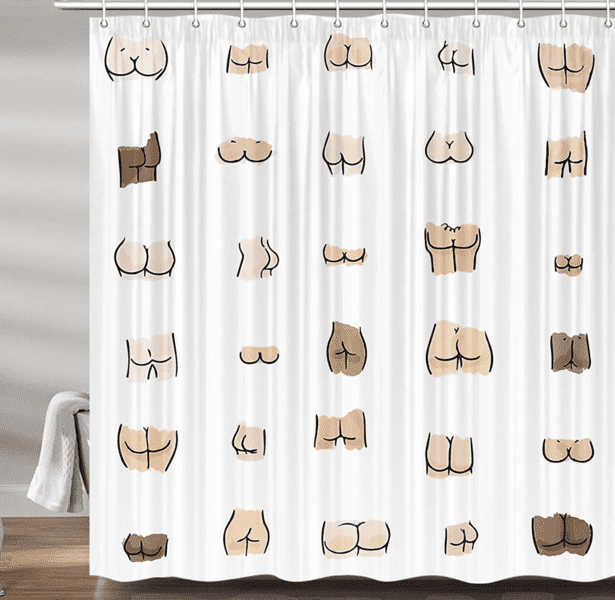 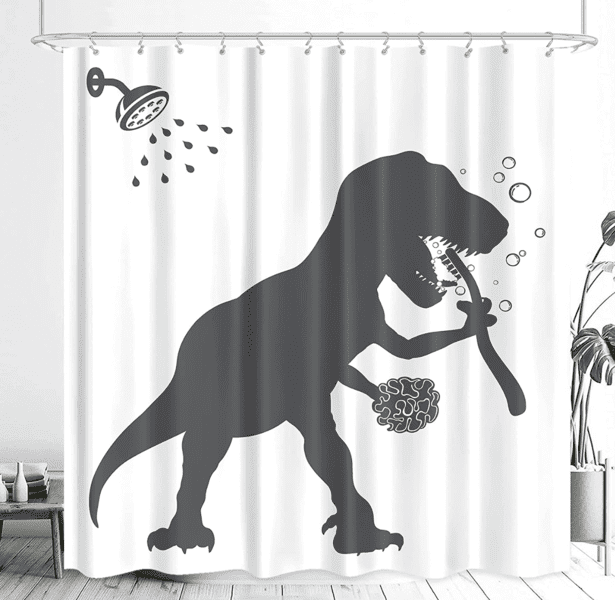 The LGhtyro Funny Dinosaur shower curtain is ideal for kids. They’ll get a kick out of a cool dino singing up a storm. 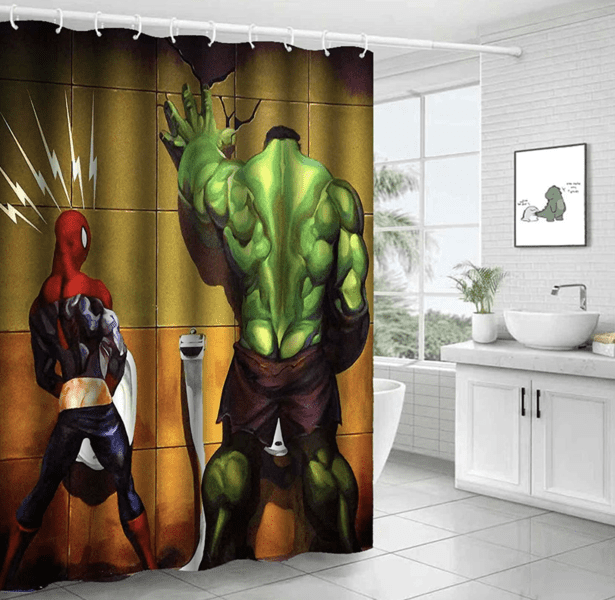 Even Spiderman and Hulk need to go number one at some point in the day. This hilarious shower curtain from NPCYAUR is best suited for an older bathroom user. 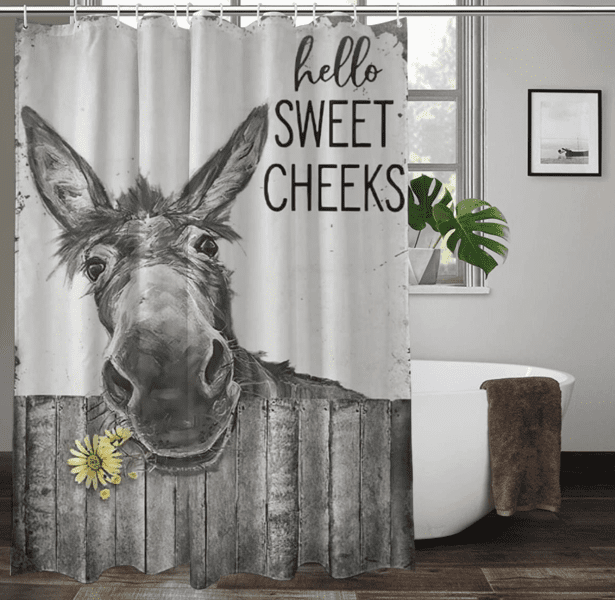 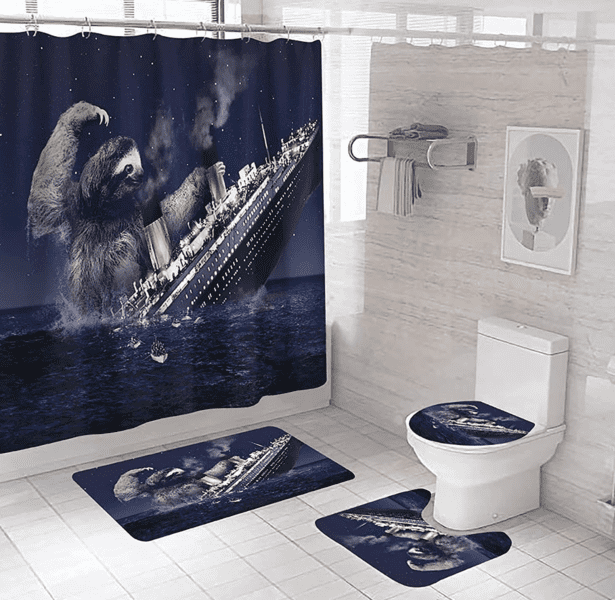 The Albodanl sloth shower curtain is so funny and weird that it’s perfect. It raises many questions, like why is a giant sloth attacking this ship? Plus, it’s not just a curtain but an entire shower curtain set that includes a rug, bath mat, and toilet seat cover. 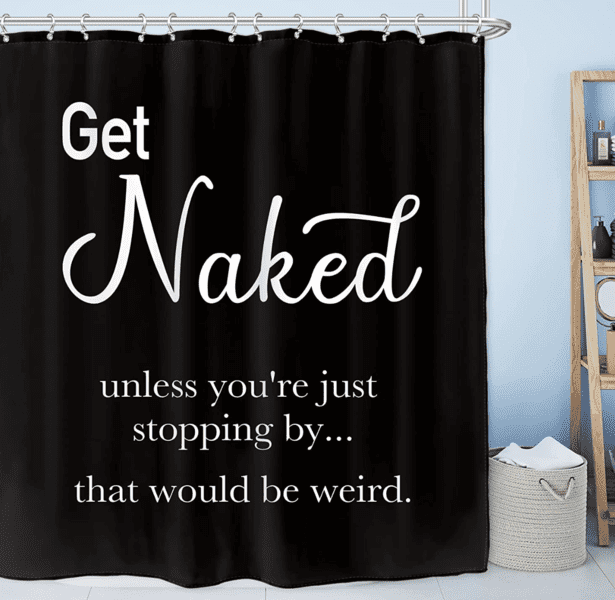 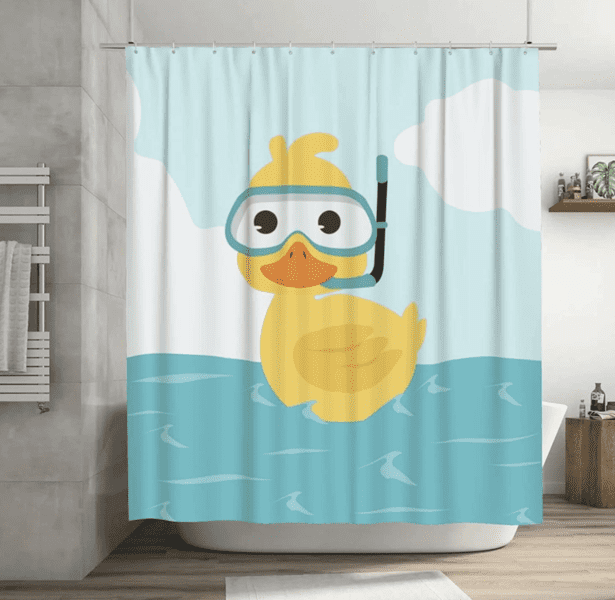 The Lovetar duck shower curtain is more cute than funny. Let’s be honest; even adults take their toy duck into the shower. Of course, little kids will love it and will jump in the tub. 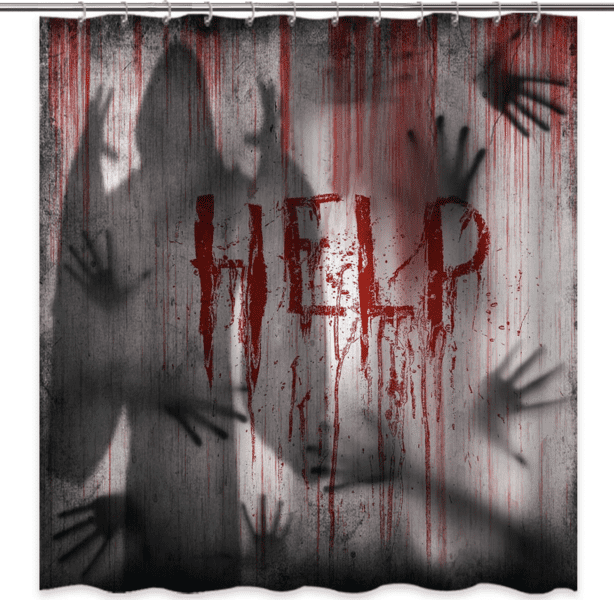 The Thinly Full Horror Hands Help shower curtain is ideal for Halloween or April Fool’s Day. It will either have guests laughing, holding it in, or making a huge mess. Bonus points to anyone that keeps this terrifying shower curtain up all year.

See more about - 19 Funny Doormats Perfect for Your Front Porch 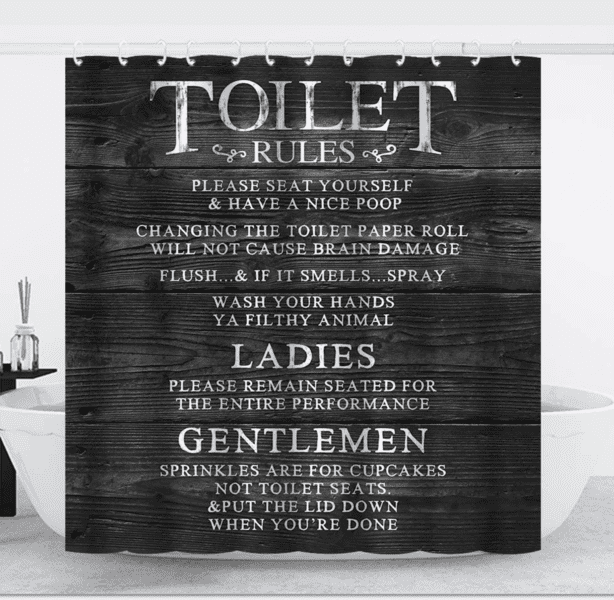 For years, there have been unwritten washroom etiquette laws dating back to the early 90s. Well, the good people at Kercan created this funny and informative toilet rules shower curtain for everyone. 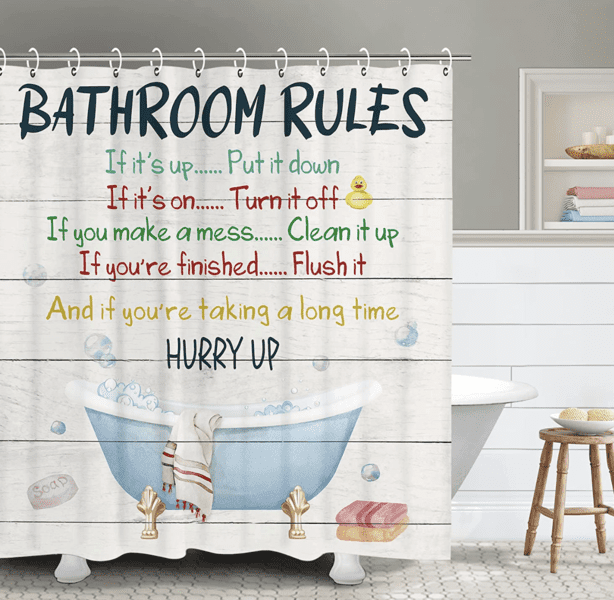 If the previous shower curtain’s rules weren’t clear enough, RosieLily made one that’s much more straightforward. It’s rare that a bathroom curtain could be both funny and inspiring. The curtain includes an uplifting message to “never stop dreaming.” For instance, this giraffe’s dream was to ride a shark into battle. The colorful donut shower curtain consists of 100 polyester fabric and lots of bright colors. It’s perfect for adults, kids, and donut lovers around the world. 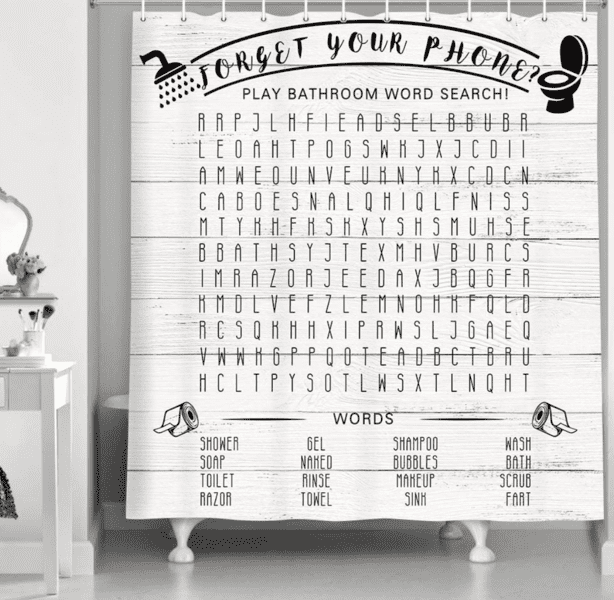 It’s common for people to spend a lot of time in the bathroom. Some people take long showers while others sit for hours. Therefore, the word search shower curtain is perfect for those situations. You can spend hours trying to find the word “shower.” 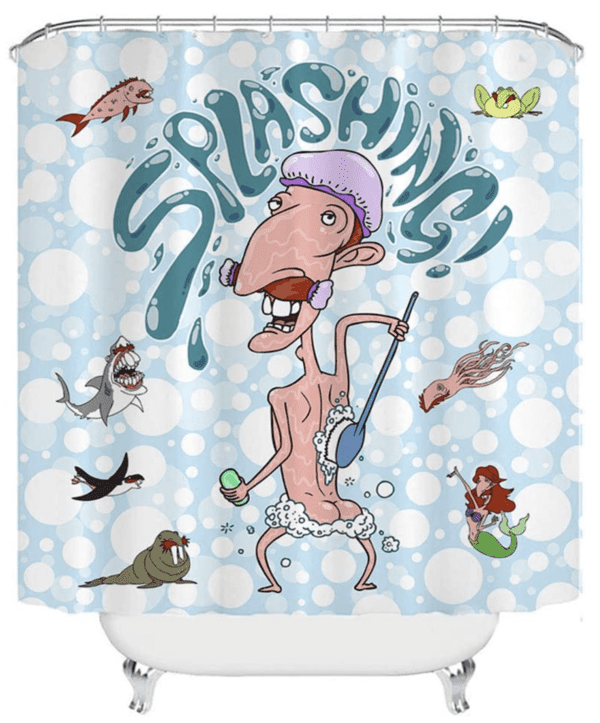 The Nigel Thornberry shower curtain features incredible artwork and detail. Don’t be left behind with this hilarious splashing shower curtain. 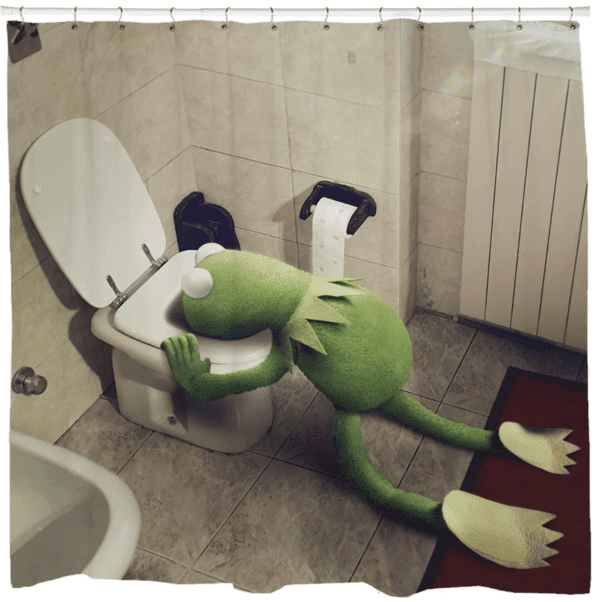 Obviously, the Sharp Shirter Funny Frog shower curtain is for adults. Well, unless you’re ready to explain to your kids that Kermit had too many tequila shots at Miss Piggy’s birthday party the night before. 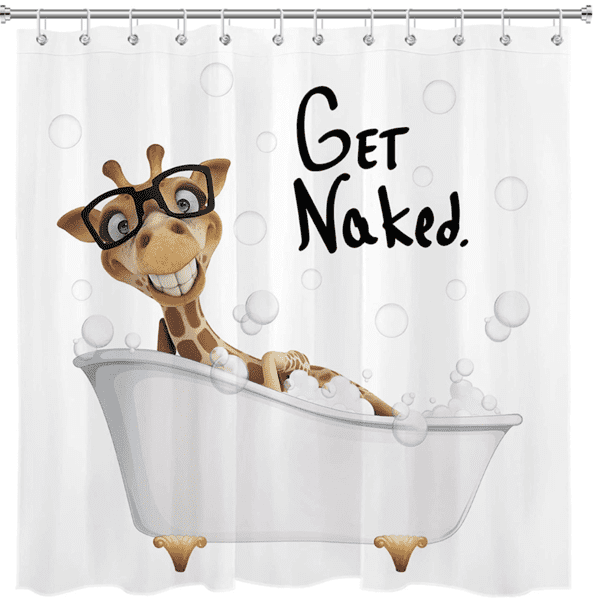 In life, many people will ask you to get naked. However, none will be as funny or cute as this nerdy giraffe in a bath. A fantastic cute shower curtain. 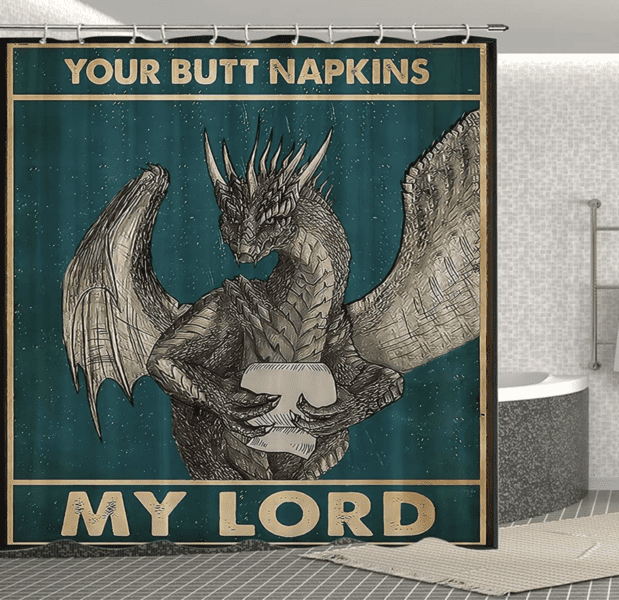 The Fuortia Dragon shower curtain is a must-have for all shower lovers. It’s possibly the funniest and most creative out of all the shower curtains. Plus, nobody will ever forget to use their butt napkins again.