The German language is hands down one of the funniest languages in the world. The major language of several European countries and spoken by millions of people worldwide, German provides plenty of laughter due to the pronunciation of words and the grammar associated with the language. There’s a harshness to the language that makes words sound aggressive while the spelling of some words is funny in itself. As with anything that gets a laugh, German language memes are plastered all over the internet and provide a good chuckle at the unfortunate expense of the European language.

Even if you don’t know much German (besides what you learned in high school), these memes will have you cracking up at the absurdity of the vocabulary and how funny some of the words and phrases are to English speakers.

This a clear example of how the German language is so different from every other language in the world. No wonder teaching German ton nono-speakers can be quite difficult. 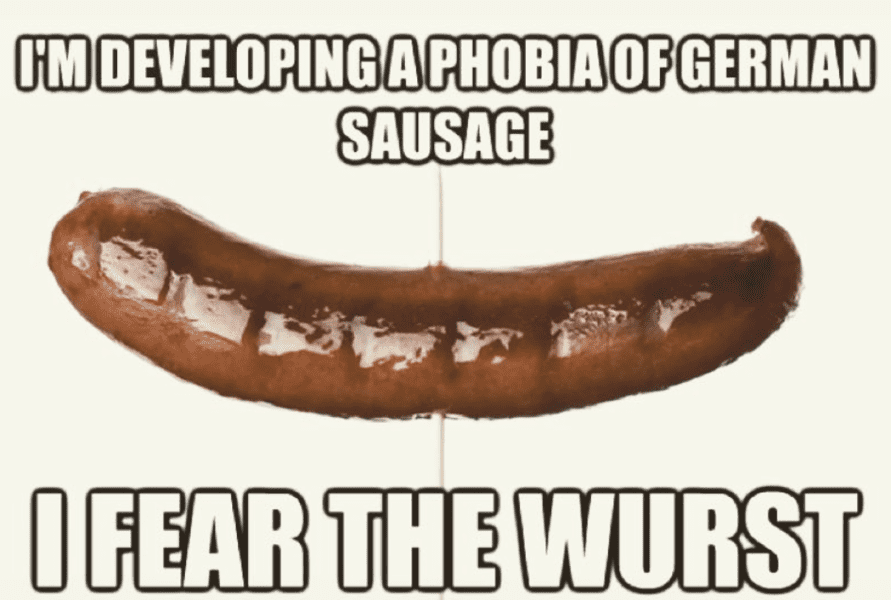 Who doesn’t love a good pun? This clever meme swaps “worst” for the German meaning of sausage, “wurst.” Hilarious.

German is known as a language with many long words. Playing Scrabble requires a larger than normal board.

The one time a German word is actually shorter than every other language.

5. The Final Kant Down German philosopher Immanuel Kant gets his own meme referencing the famous song “The Final Countdown” by Swedish music group Europe. This is a stupid but funny meme that is a good example of German language memes. 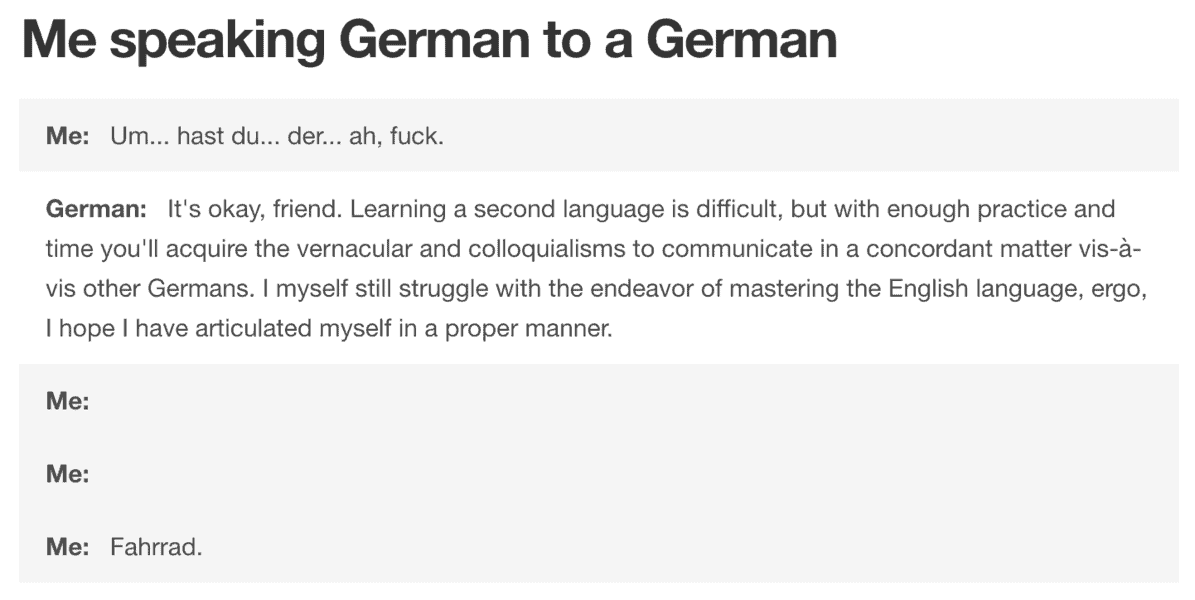 Germans have not only mastered their own language but speak English just as well. 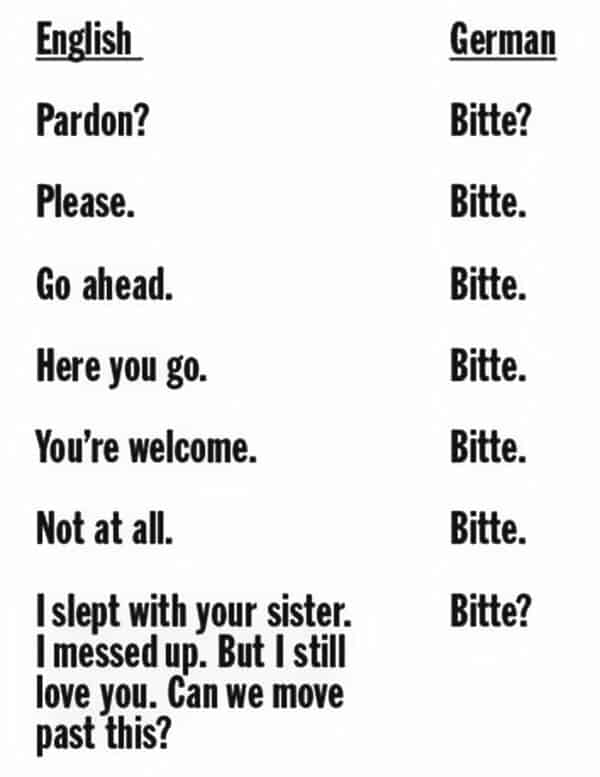 Sometimes simplicity is the key when it comes to German words and sentences. 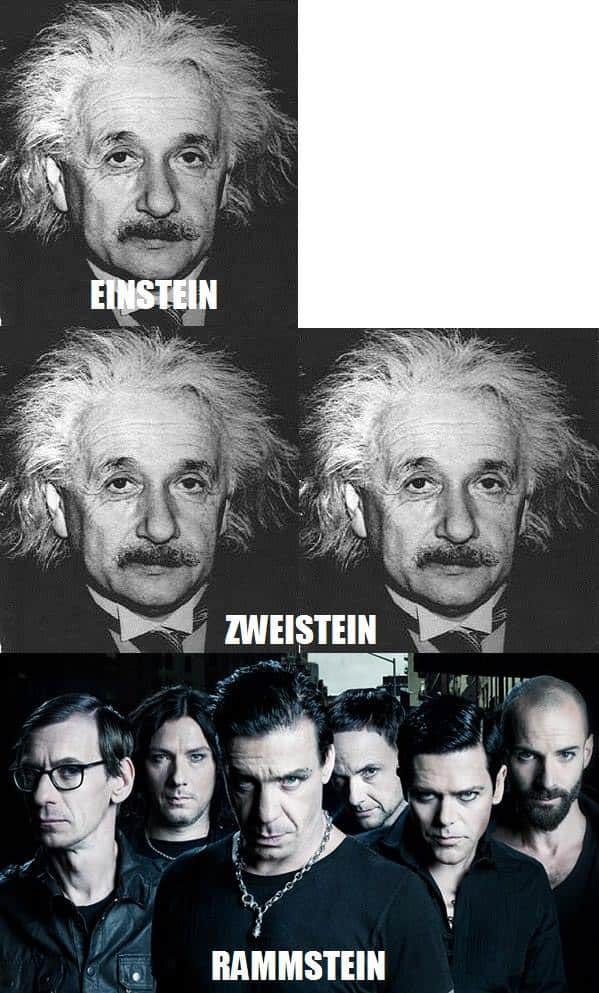 See how everything fits together? This is a very solid German numbers joke even those with the barest understanding of the German language can laugh at. They say German Wi-Fi is the “wurst.” Another pun your dad would be proud of it.

12. Germans vs the Rest of the World 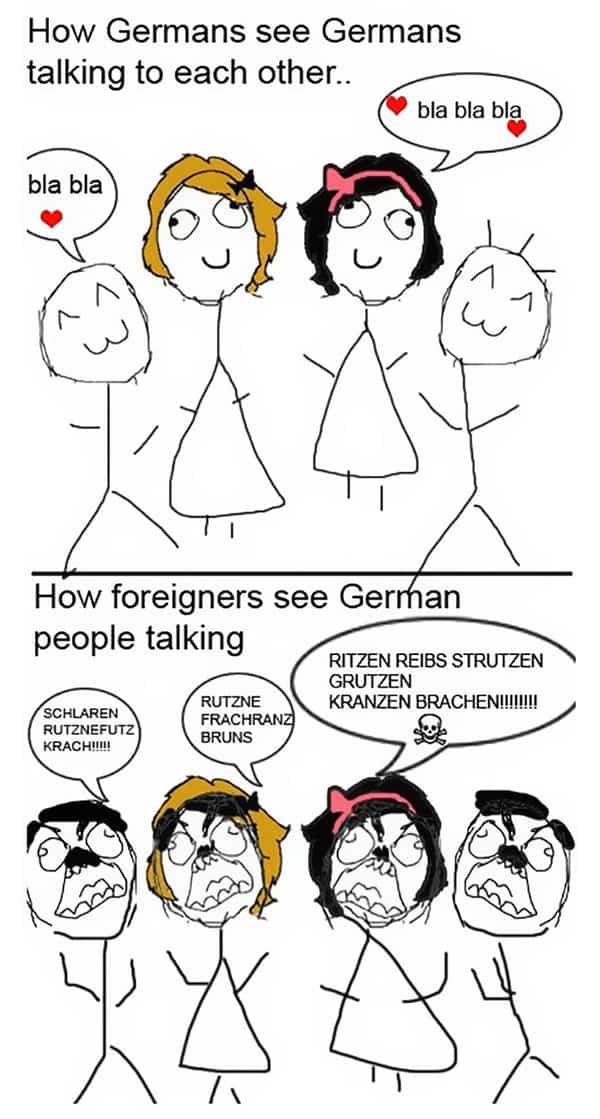 Notice how we often see Germans as angry and aggressive when they are actually speaking normally. The curse of having a rough-sounding language. 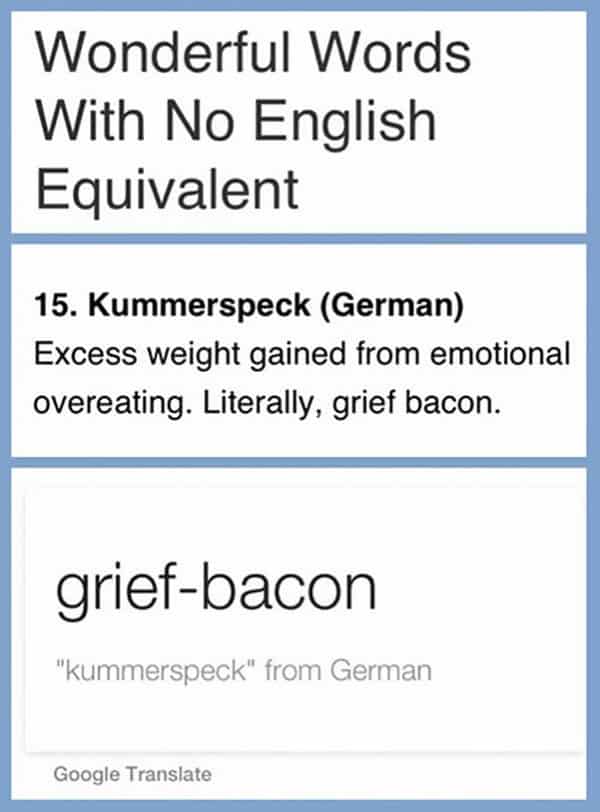 It sounds absolutely delicious until you realize what the translation means. How good are German language puns?! 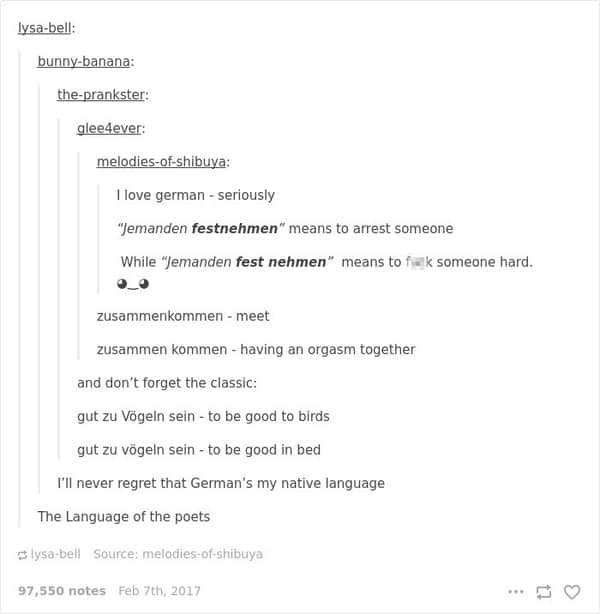 See how there are subtle differences between each word and phrase based on the spacing. You want to make sure you are using the word in the right way otherwise you could get yourself into some trouble. Even The Simpsons got in on the German language in an episode involving Sideshow Bob explaining what his tattoo “Die Bart, Die” means.

How sweet are German kids? In case you aren’t aware, kinder means “child” in German, so you see why this meme is funny. 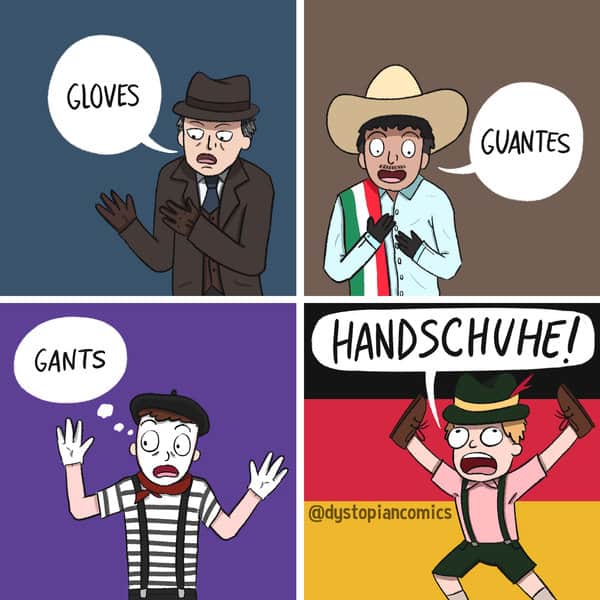 Another German word that sounds nothing like other variations. As far as German memes go this one is pretty stupid but it does use the German language to make a joke about the Turkish pastry baklava and the German composer Bach. 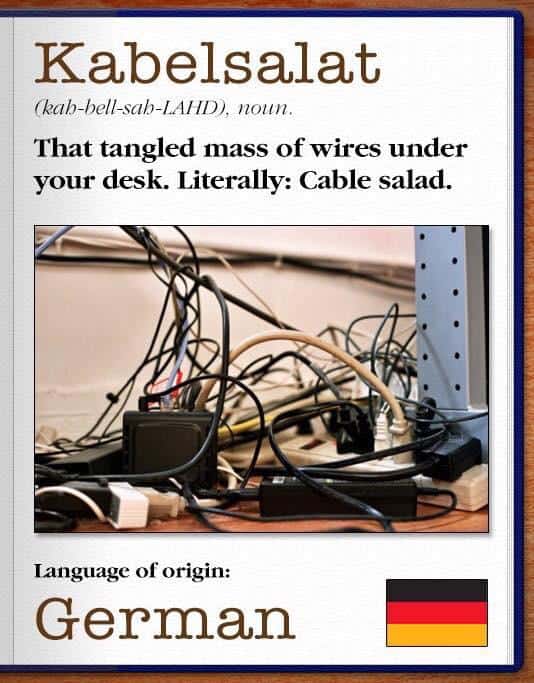 Everyone has experienced a kabelsalt in their life at one point or another. Especially those who have a lot of electronics in their home. Funny how when a person starts to learn German they suddenly begin quoting Rammstein lyrics. This is a pretty funny German language meme using the word sauerkraut, one of the national dishes of Germany made from cabbage, to represent people when they are annoyed. 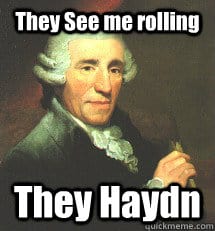 Not so much a German language meme as one using American rapper Chamillionaire’s “Ridin'” as a way to shout out German composer Joseph Hayden.

24. How To Name Animals in German

The only meme you ever need when it comes to naming German animals. An impressive chart that actually makes a lot of sense. 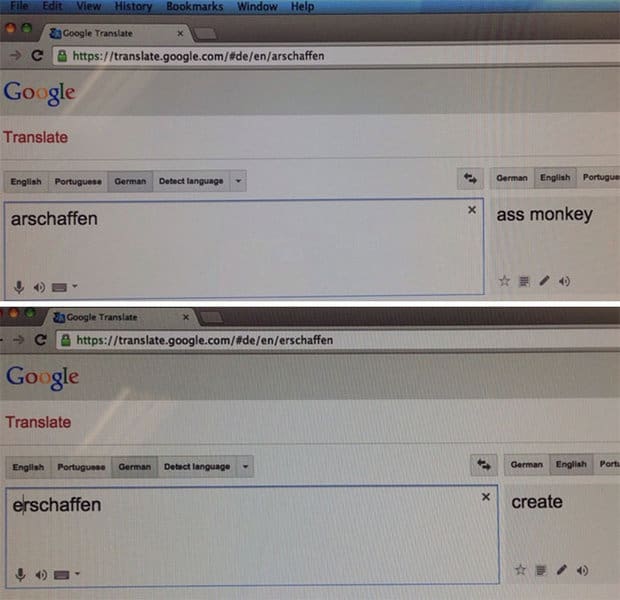 When one letter can make all the difference. Be careful when spelling German words. You’ve been warned. 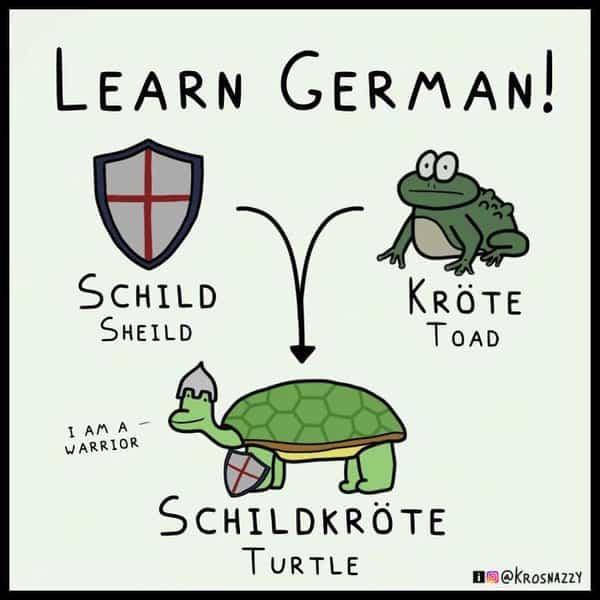 What do you get when you cross the word “shield” with “toad?” Turtle of course. Makes total sense.

See more about - 32 Of The Funniest Boomer Memes