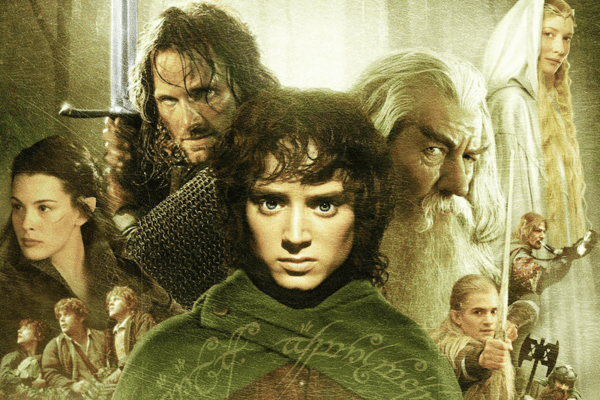 20 Hilarious Lord of the Rings Memes

When it comes to fantasy epic blockbusters, it doesn’t get much better than Lord of the Rings. The film trilogy is adapted from the classic novels by the great J. R. R. Tolkein. If you somehow have never seen the films or read the books, the general plot revolves around the destruction of the One Ring. Frodo Baggins, a dwarfish creature known as a hobbit, must team with a motley crew and embark on a journey through Middle Earth to destroy the ring at the ominous Mount Doom.

While the novels are great, the films are even better. Director Peter Jackson really managed to capture the world Tolkein created on the page and transfer it to the big screen. The films became a cultural phenomenon, and as is the case when something becomes part of pop culture, it quickly got the meme treatment.

Lord of the Rings memes make fun of not only the trilogy but the Hobbit trilogy also. They reference everything from major plot lines and characters to funny in-jokes and real-life situations. So as we prepare to celebrate the 20th anniversary of the release of The Two Towers, here are 20 hilarious Lord of the Ring memes to laugh along to. 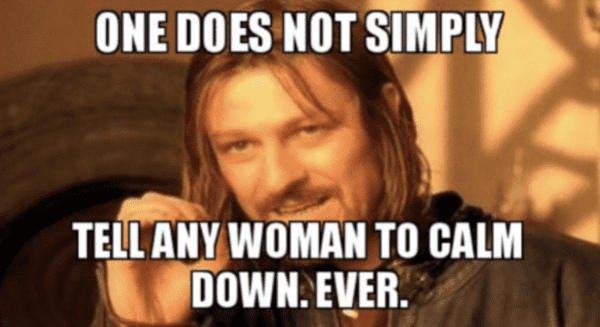 This is possibly the most famous meme to come out of the Lord of the Rings trilogy. When delivering a speech to the council of Elrond, Boromir (played by Sean Bean), utters the lines, “One does not simply walk into Mordor.” This quickly became a meme that spread like wildfire and has been used for just about every event and occasion you can imagine. There are so many of these memes out there, but we think the one above is pretty funny. You can check out more here. 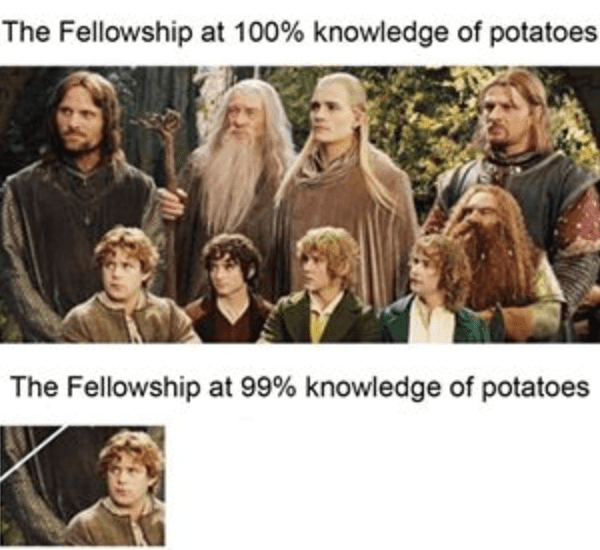 When it comes to potatoes, there is only one man who knows all; Sam.

3. Lord of the Doors 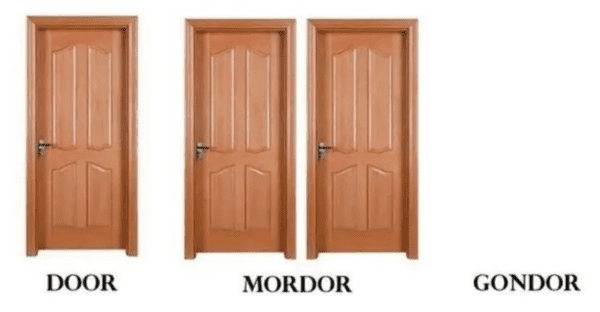 This one is pretty silly but still a funny Lord of the Rings meme. All it needs is the addition of Hodor for a Game of Thrones crossover.

4. When Hermonie is Compared to Gollum 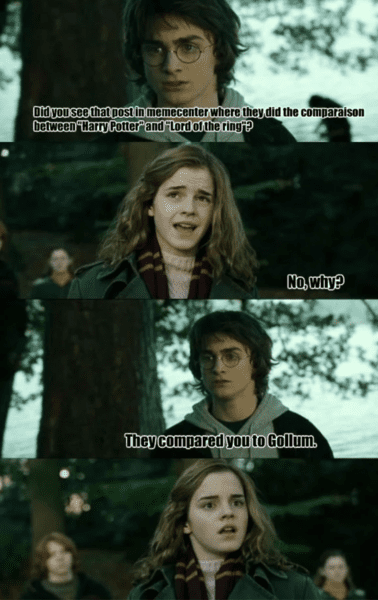 This not so nice but hilarious meme combines Lord of the Rings with the Harry Potter franchise and compares Hermonie with Gollum. A little rough, but still funny. 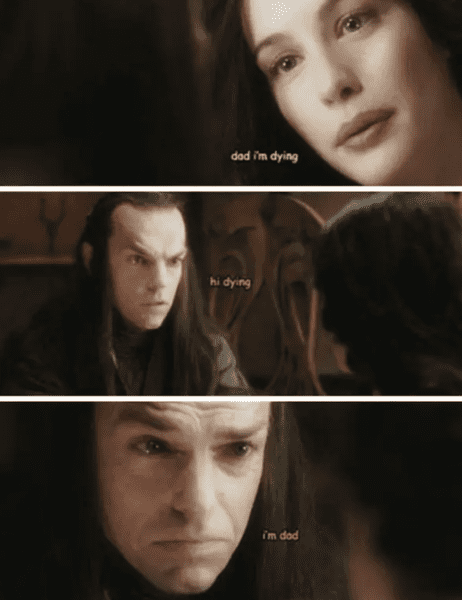 This one is a classic dad joke. It’s a stupid meme that features Elrond and Arwen, but one that still has me giggling along. 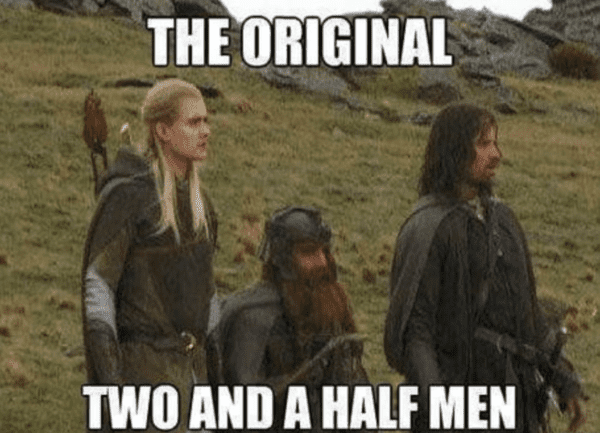 A good reference to the popular 00s sitcom Two and a Half Men.

7. The Return of Gandolf 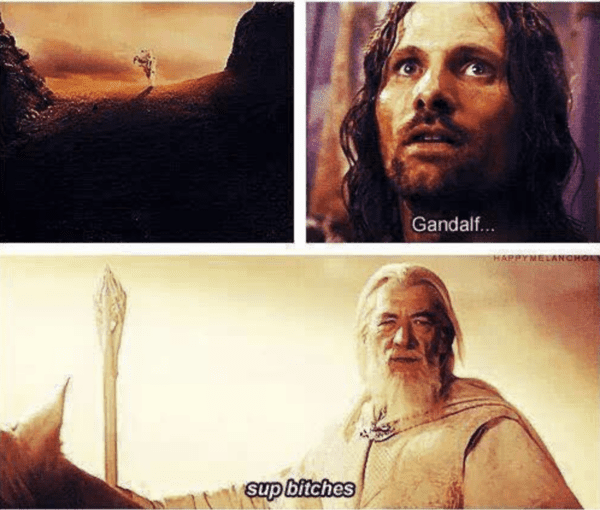 This meme is taken from the director’s cut version of the trilogy. Gandolf is much more gangster in those flicks. 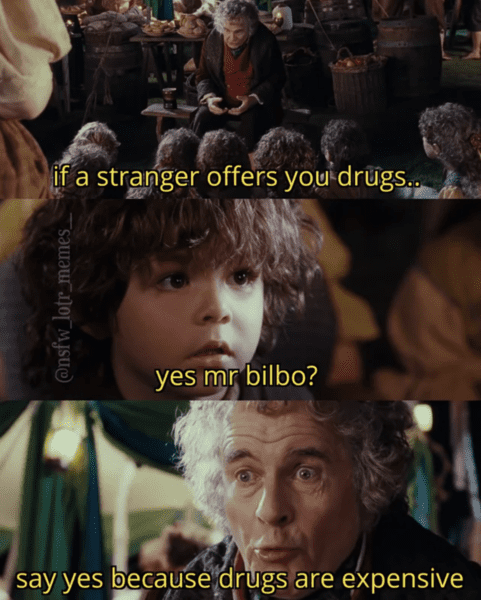 We don’t support drug use, but this meme certainly has a good point. Maybe just don’t take them from strangers or people who look like hobbits. 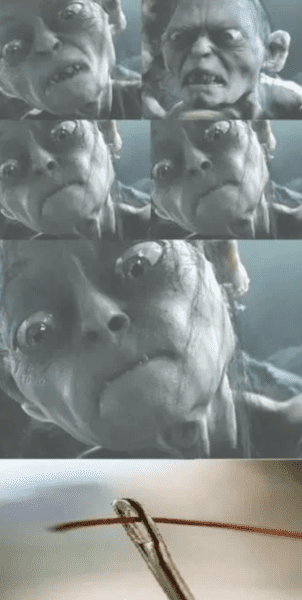 Who hasn’t pulled faces like Gollum when trying to thread a needle. It’s bloody hard work. Makes for a great meme though. 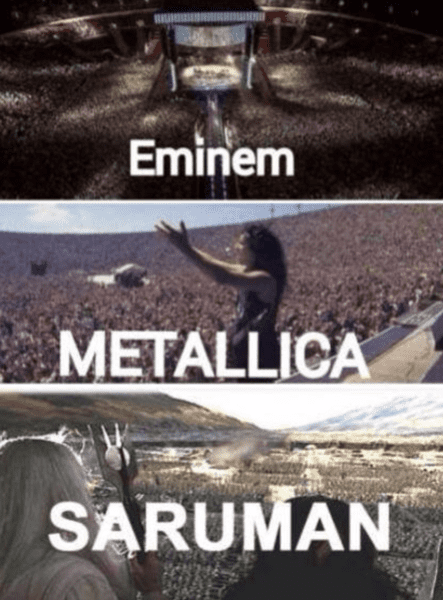 While Eminem and Metallica have lots of fans, they pale in comparison to Saruman’s (Christopher Lee) army. Elon Musk, a known Lord of the Rings fan, would surely love this meme. 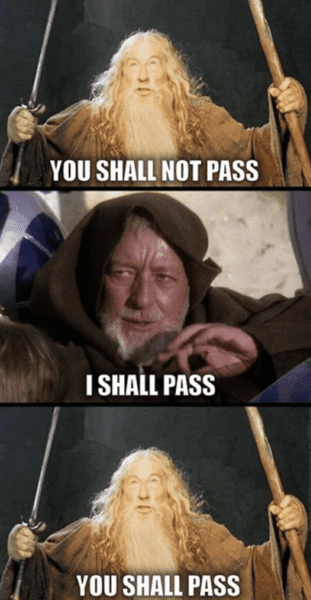 While Gandolf is famous for saying, “You shall not pass!” this meme shows what would happen if he came up against Obi-Wan Kenobi from Star Wars. Nobody is strong enough to defeat the Force. 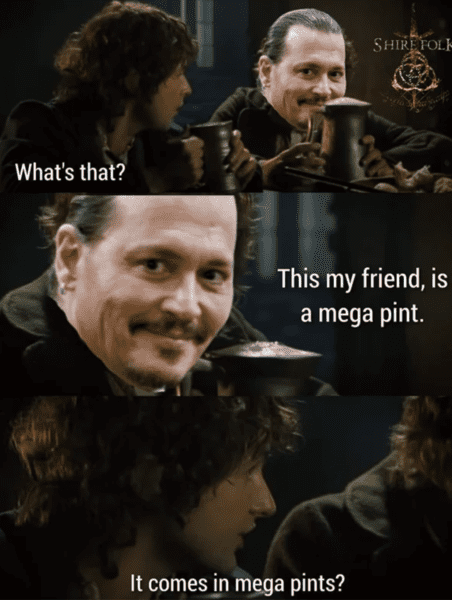 This meme takes inspiration from Johnny Depp’s love of the mega pint. Social media is a crazy thing. 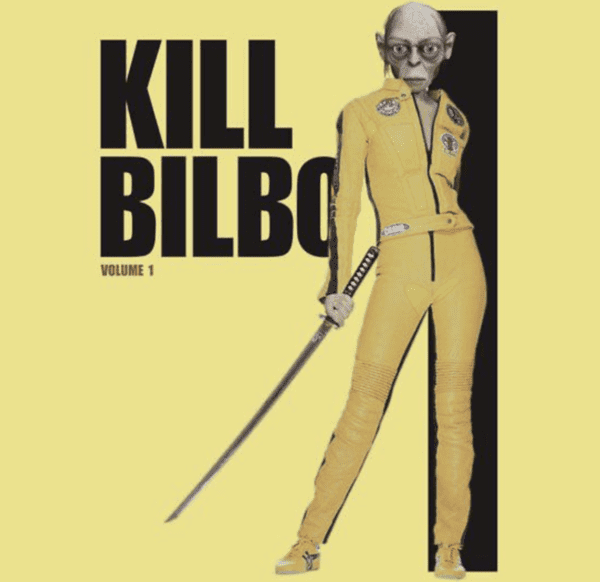 How’s this for a spin-off? Taking inspiration from Quentin Tarantino’s Kill Bill Vol. 1 movie, this fake movie poster is all about Gollum getting his revenge against Bilbo Baggins. 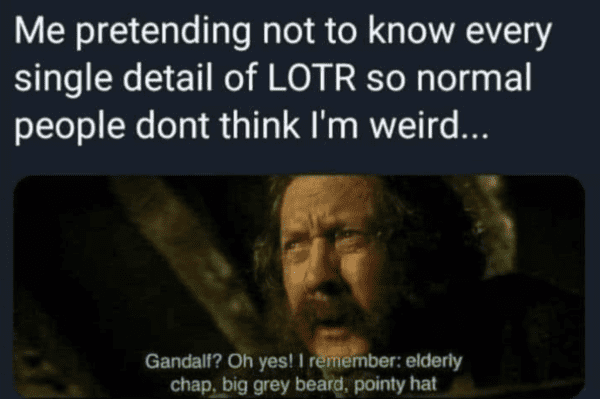 This is the way many die hard Rings fans act when discussing the films with casual fans. You don’t want to come across as too obsessed? 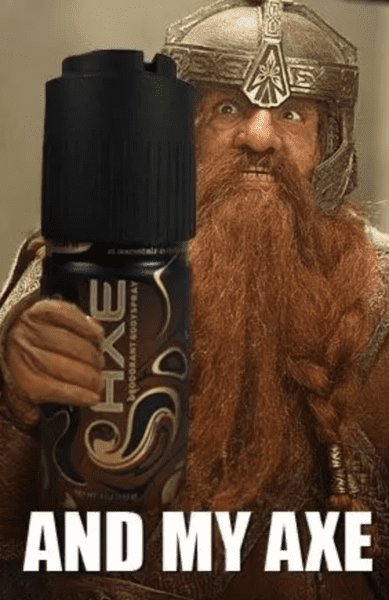 Gimli with his axe, although probably not the axe you would expect him to be carrying. I’m pretty sure he didn’t have this in the Rings films. At least he will be smelling good. 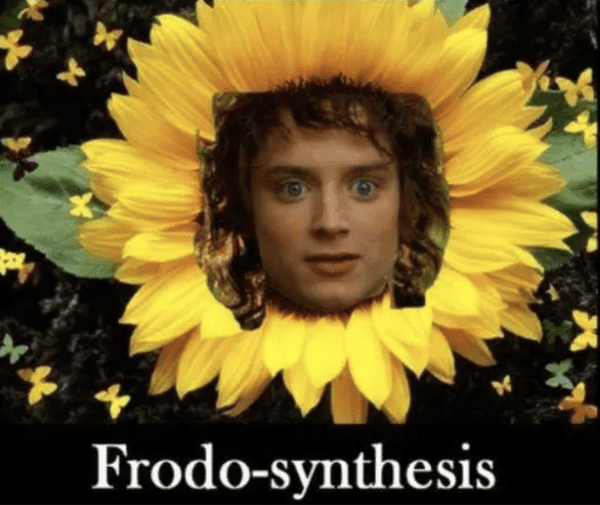 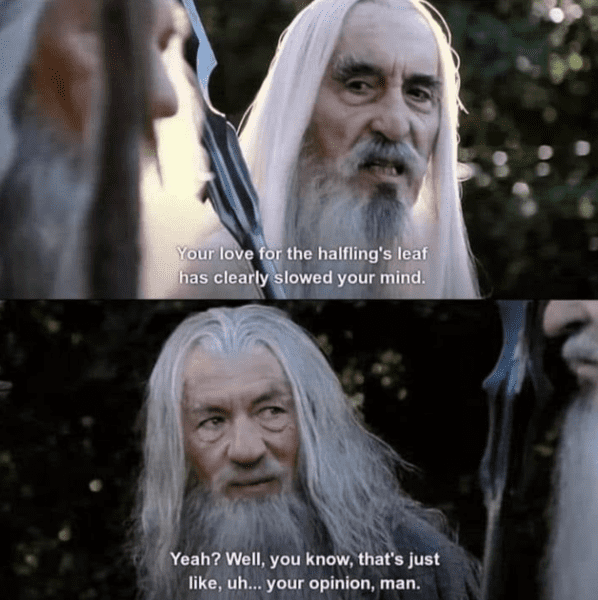 Gandolf acting like The Dude from the cult movie The Big Lebowski is a vibe. Another funny meme from this great list of Lord of the Rings memes.

18. The Wizard Is Here To Help 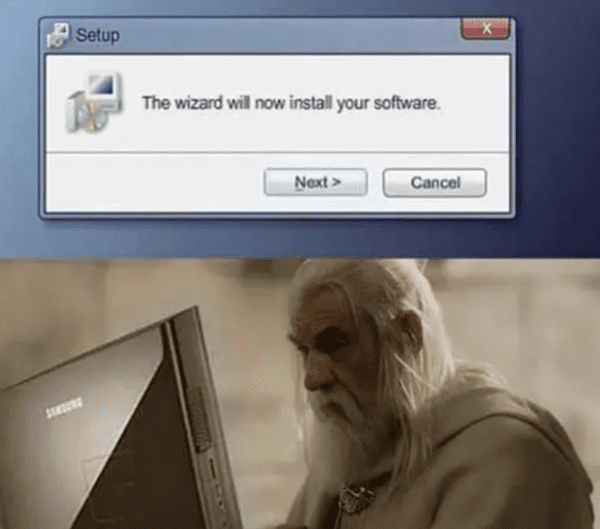 Those younger readers might not get this one, but there was once a software program called Wizard that would help when it came to installing applications on your computer. As this meme suggests, that wizard is actually Gandolf. 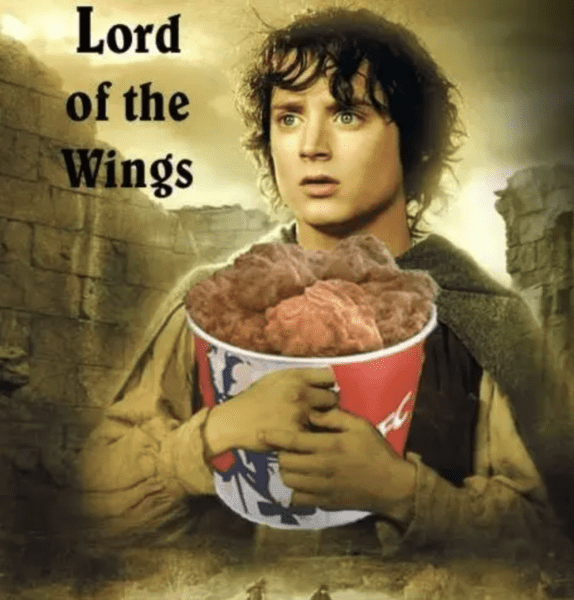 These are the type of memes I love. Silly and stupid but oh so funny. 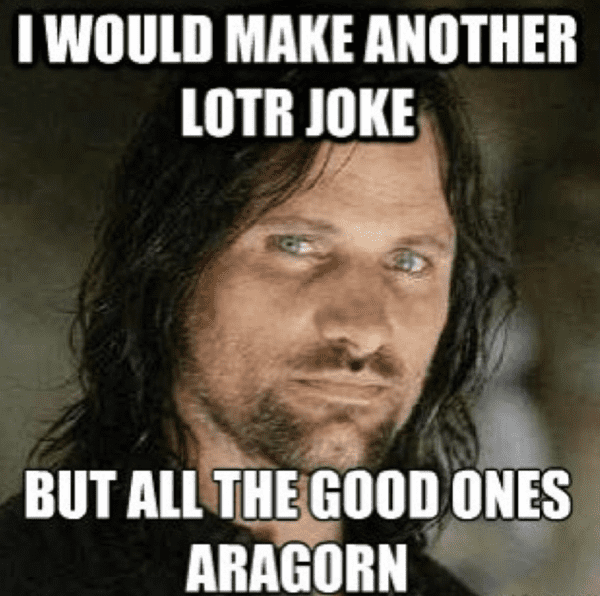 Here’s a little more dad humor to finish this collection of Lord of the Rings memes off. A pun on Aragorn’s (the character played by Viggo Mortensen) name that will have you chuckling.