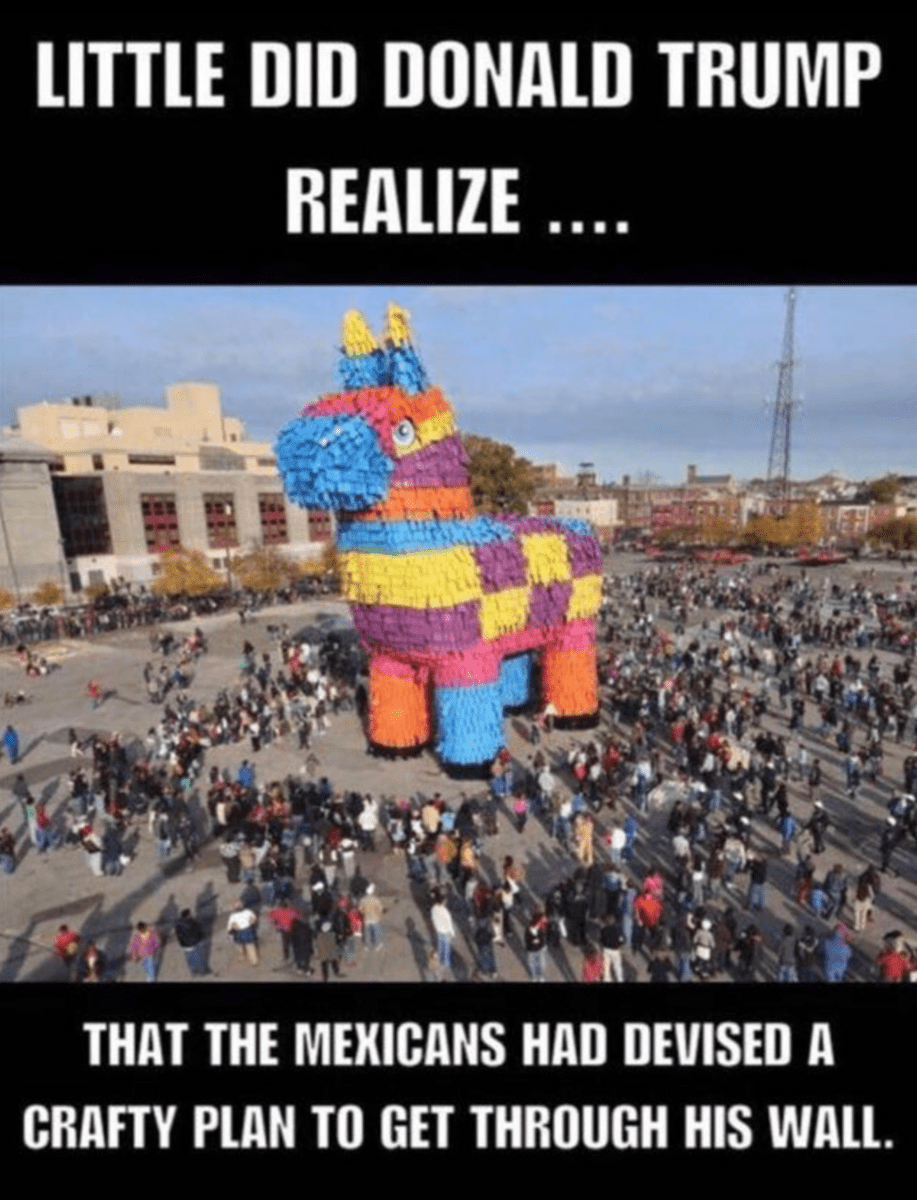 When you hear the word ‘Mexican,’ what comes to mind? Tacos? Corona? Cinco de Mayo? One thing that probably doesn’t cross your mind is funny. Mexicans are hilarious and their culture is all about enjoying time with family and laughing together. It’s also a culture steeped in tradition that spans centuries. Despite the hardships the Mexican people have suffered throughout the years, they remain a positive nation never afraid to make a joke at their own expense. Along with verbal jokes, there are many Mexican memes on the internet thanks to the younger generation. They aren’t afraid to poke fun at the culture and some of the stereotypes that are associated with being Mexican.

Many Mexican memes also reveal more about the culture and the country. That is why we have collected some of the funniest to share. Now before anyone contacts the fun police, none of these memes are meant to be offensive or cross any discriminatory lines. These memes are about how foreigners often see Mexicans, their family values, and the conservative nature of older Mexicans as opposed to the free-wheeling lives of the younger Mexicans. The Mexican memes you will find in this article are hilarious memes in good fun and should have you cracking a smile. 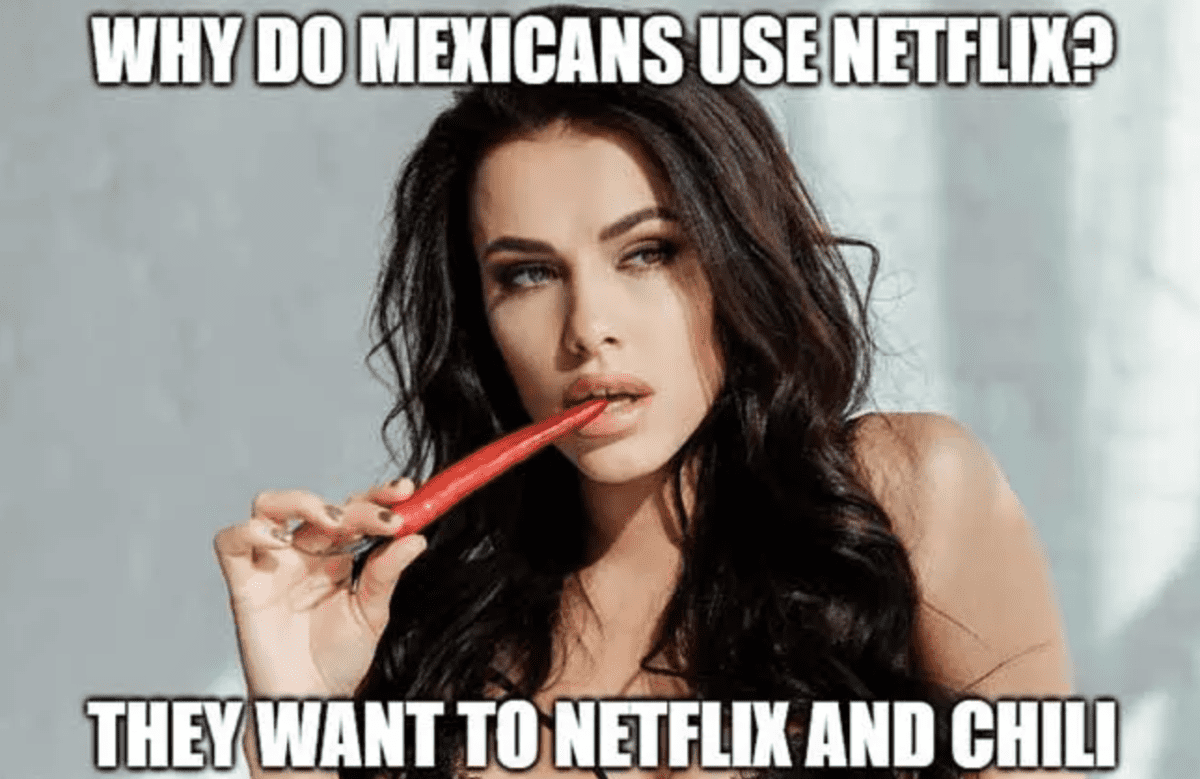 Chili is a big part of Mexican food, with this joke playing on the classic ‘Netflix and chill’ line sure to provide a few laughs. Who wouldn’t want to watch Netflix and eat chilies? Maybe Netflix and nacho? 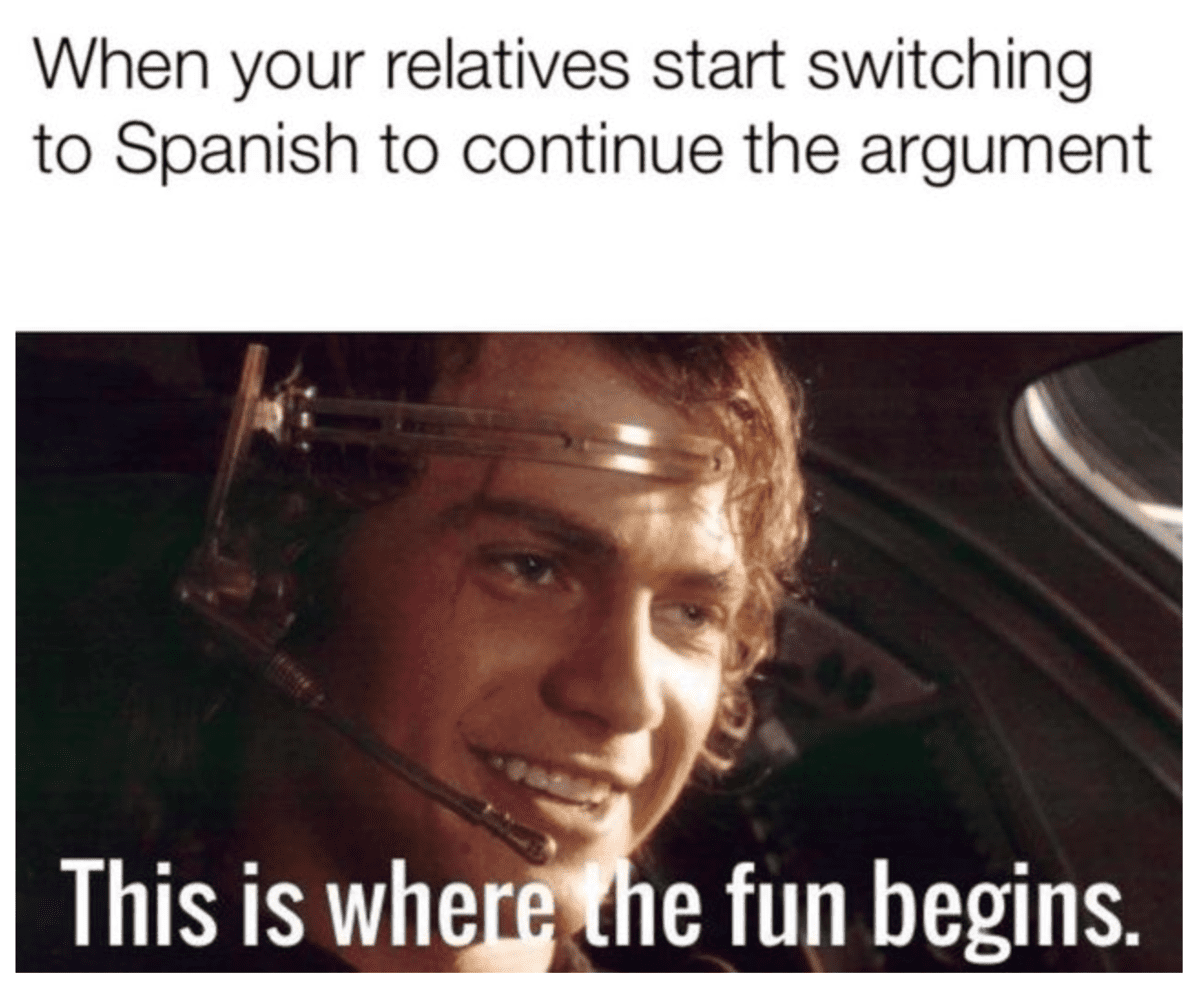 This is a meme anyone who has parents that speak another language understands. Whenever the grown-ups start speaking to each other in their native tongue, you know drama is about to explode. This meme even includes an image of Hayden Christensen’s Anakin Skywalker. 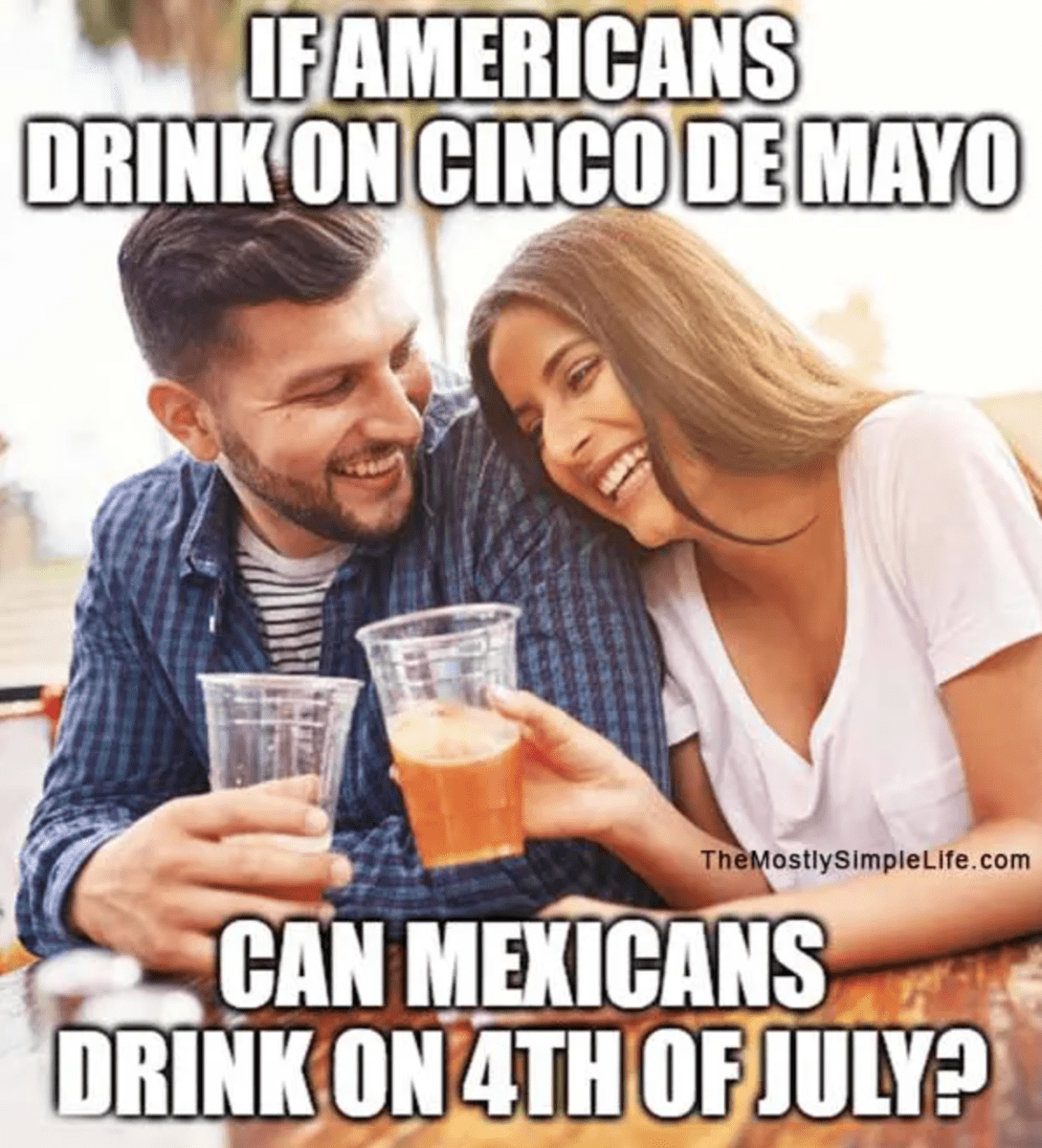 If it is ok for people from the United States to support Mexican anniversaries by drinking, surely it is fine for Mexicans to do the same? 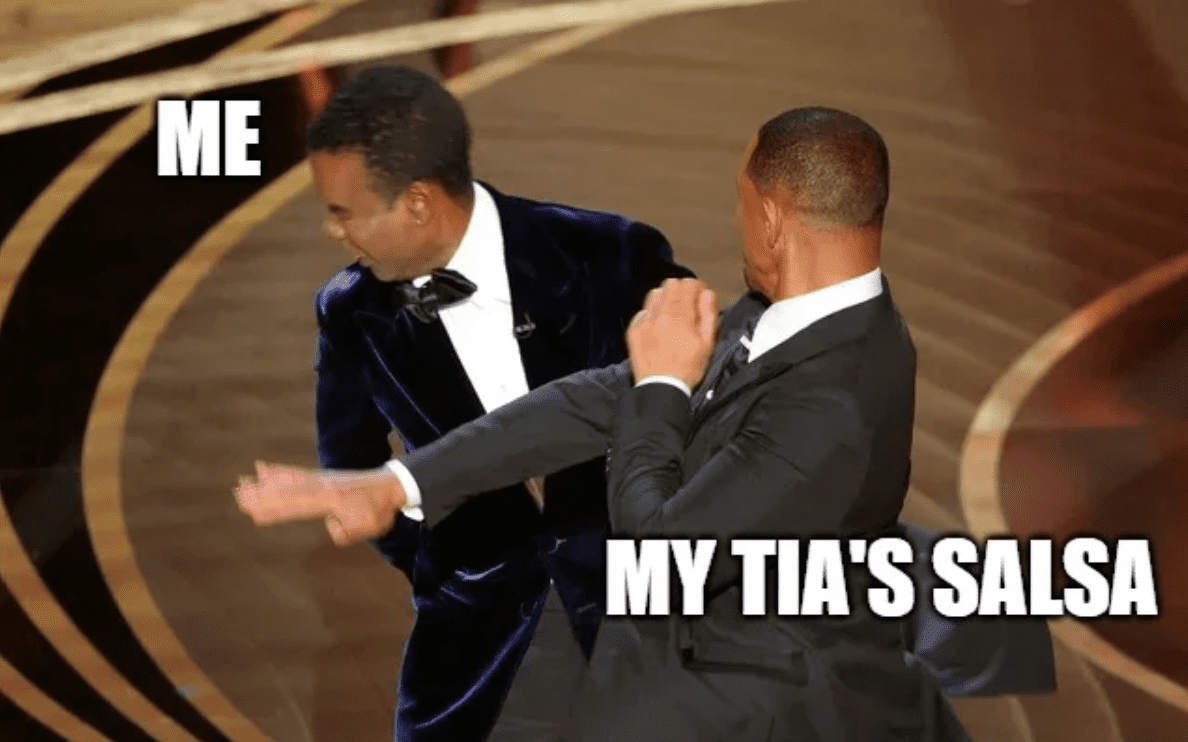 It doesn’t take long for current events to become memes. This one references Will Smith smacking Chris Rock in the face at the Oscars. Instead of the reason being for disrespecting his wife, it’s because his aunties salsa is so good it slaps. 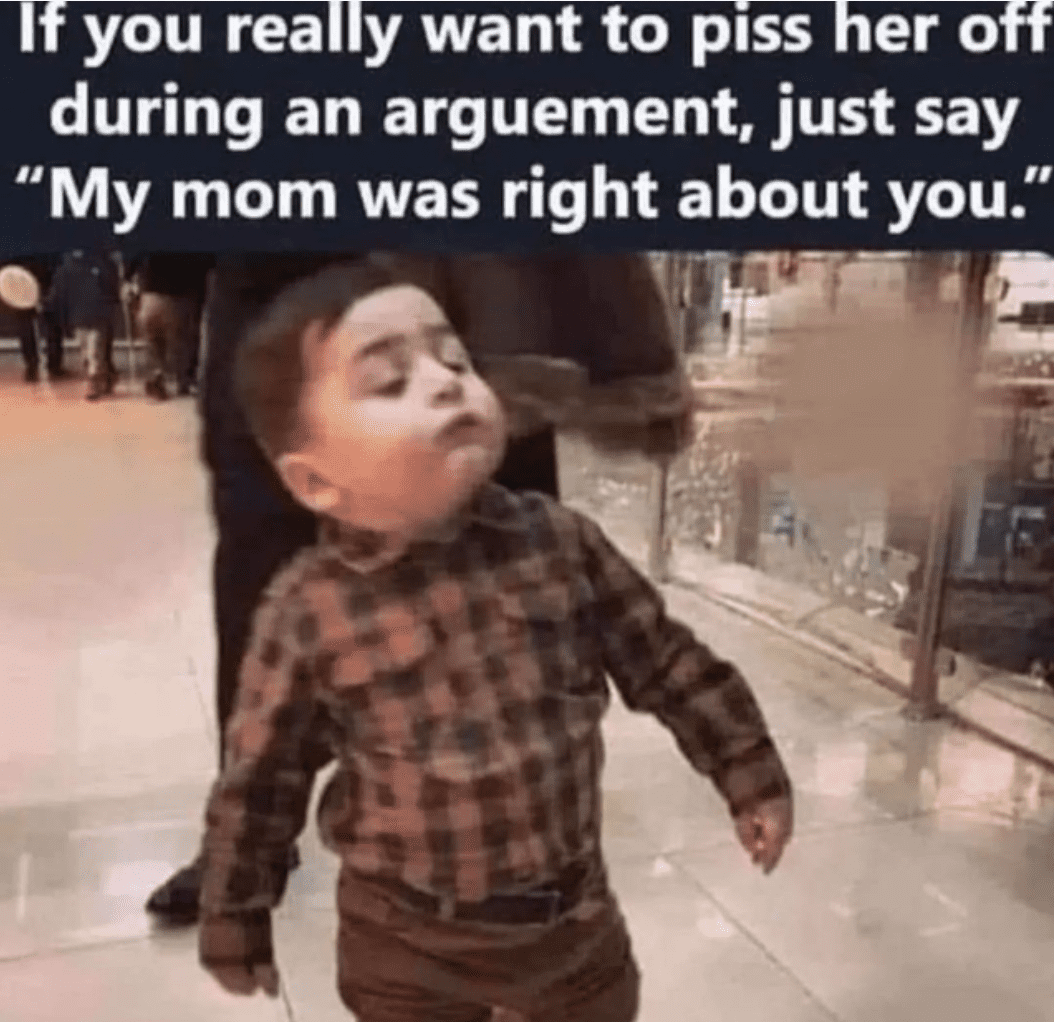 Mexicans are ferociously loyal to their family and this plays a large part in their culture. This includes dating. If your partner is getting on your nerves, tell her your mum wasn’t that keen on her and watch the sparks fly.

Here is a funny aimed at former American President Donald Trump. Everyone knows he wanted to build a wall to keep Mexicans out. So this meme shows how they will get in; hiding in a giant horse-shaped pinata. This meme takes inspiration from the Trojan Horse of Greek myth and Mexico’s own culture to give Trump a whack. 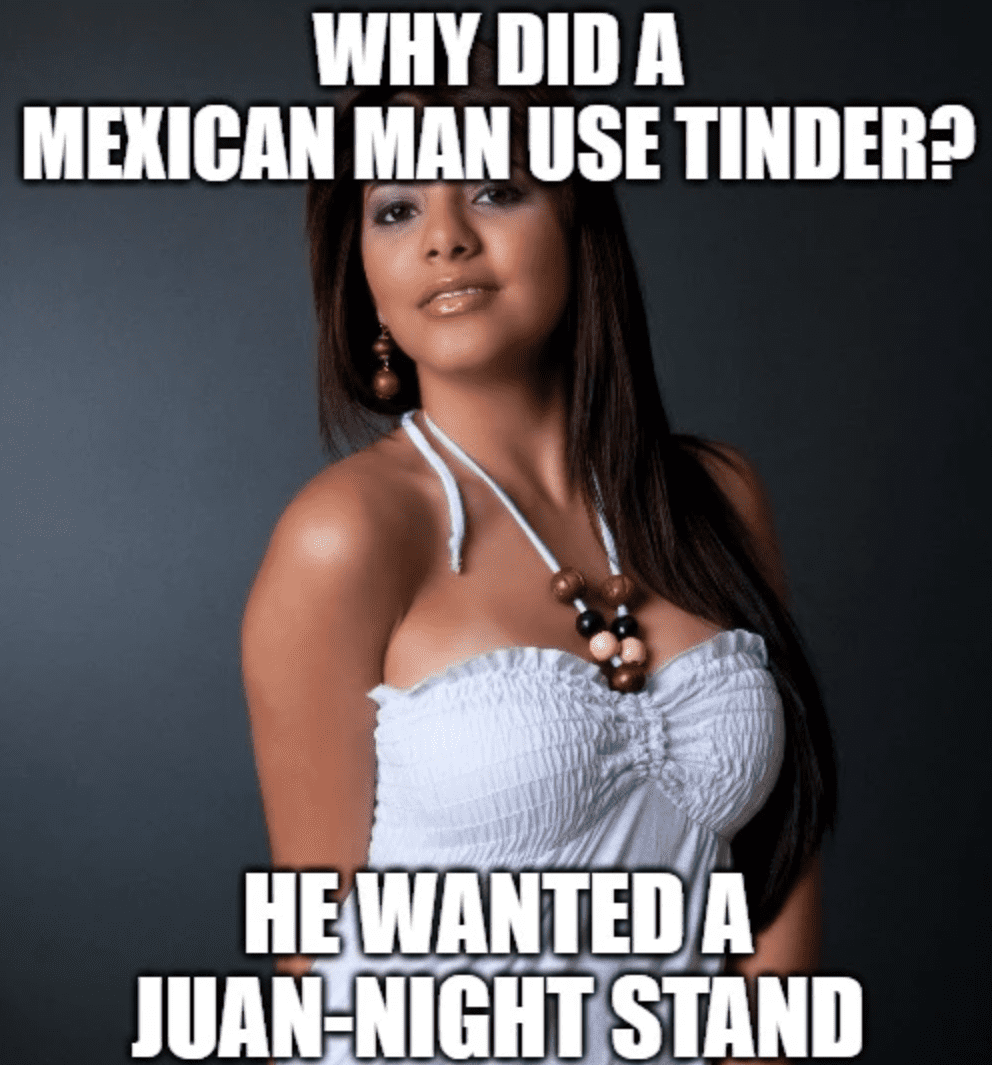 Juan is a popular name in Mexican culture and is often the butt of jokes considering it sounds like one (even though it stands for John). This meme is all about having a one-night stand Mexican style.

8. This Juan Did Not Get Away 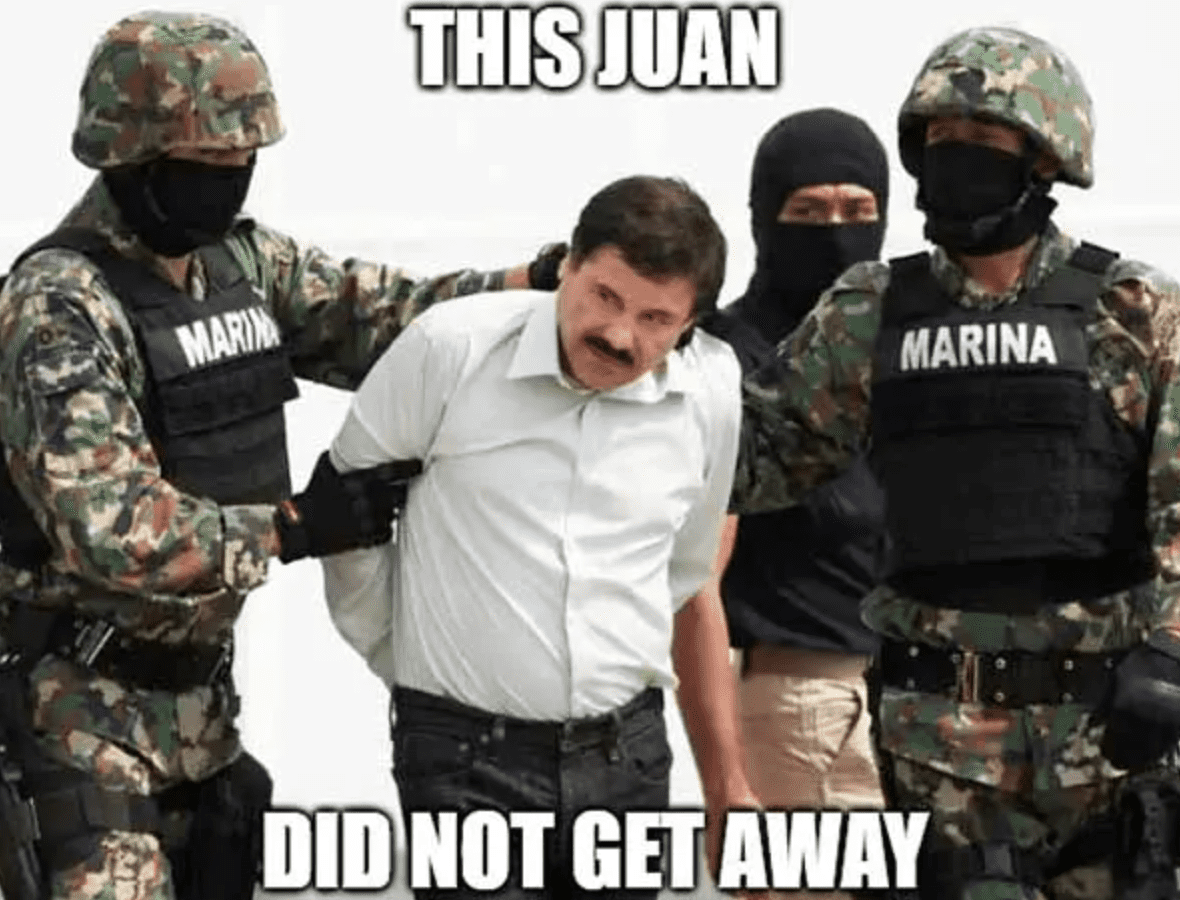 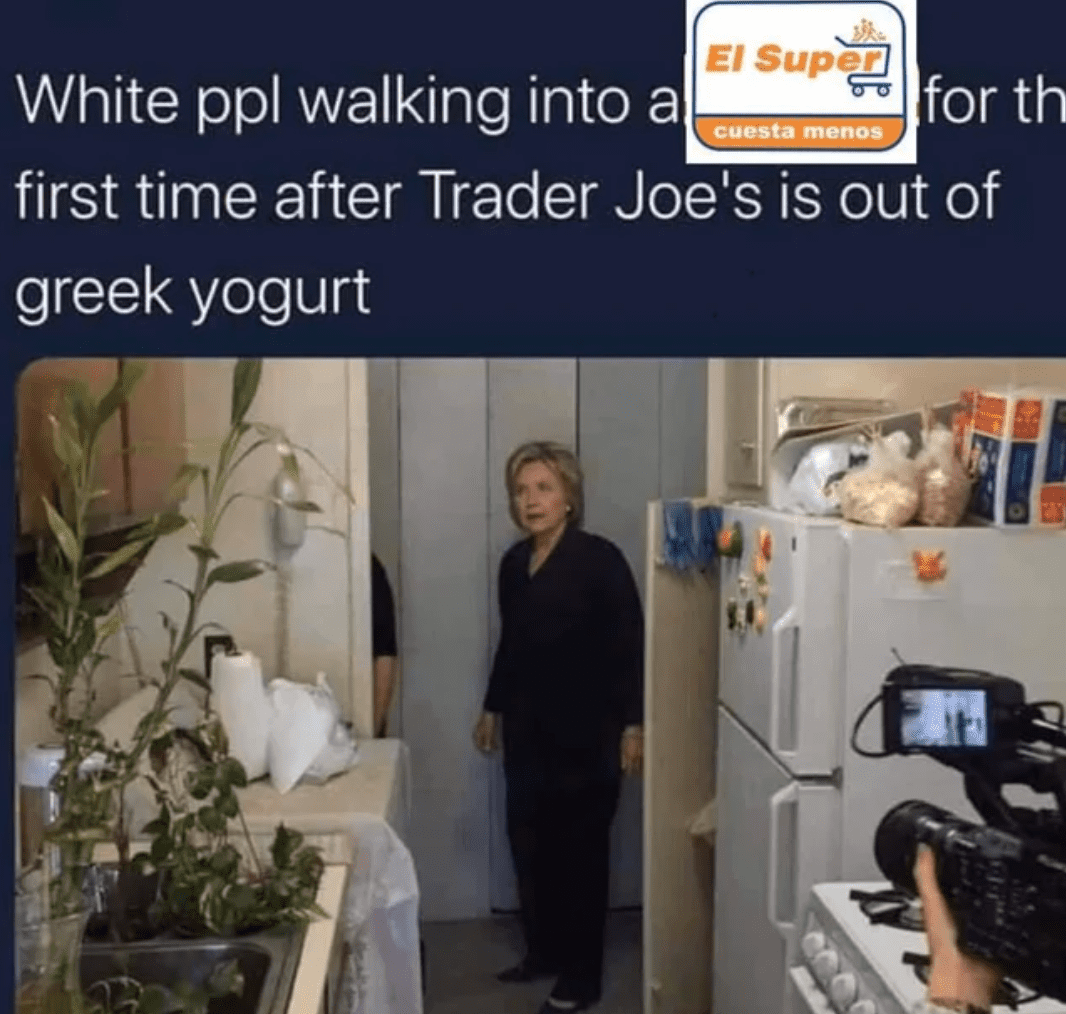 Walking into an El Super is an experience and might have you stunned by what is on offer. 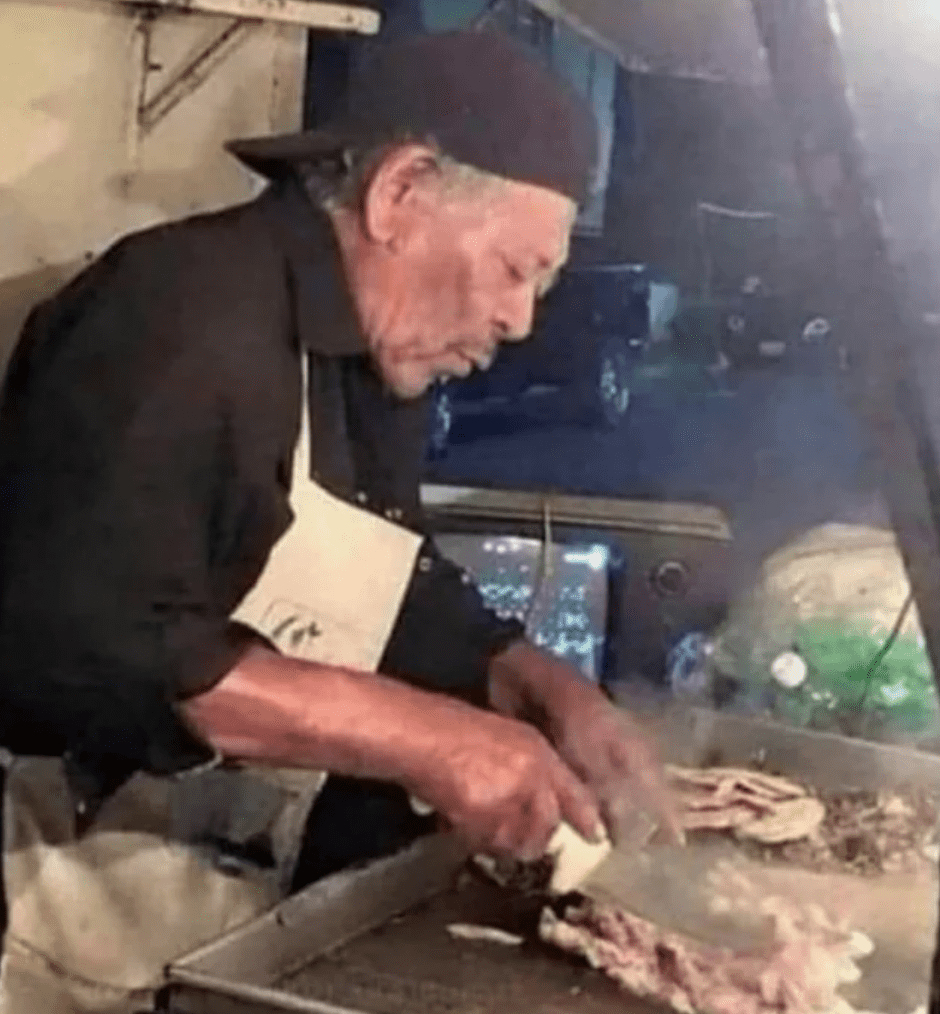 Morgan Freeman was spotted in Mexico cooking up a feast at a local food stall. Researching a new role? Taking on a new career? 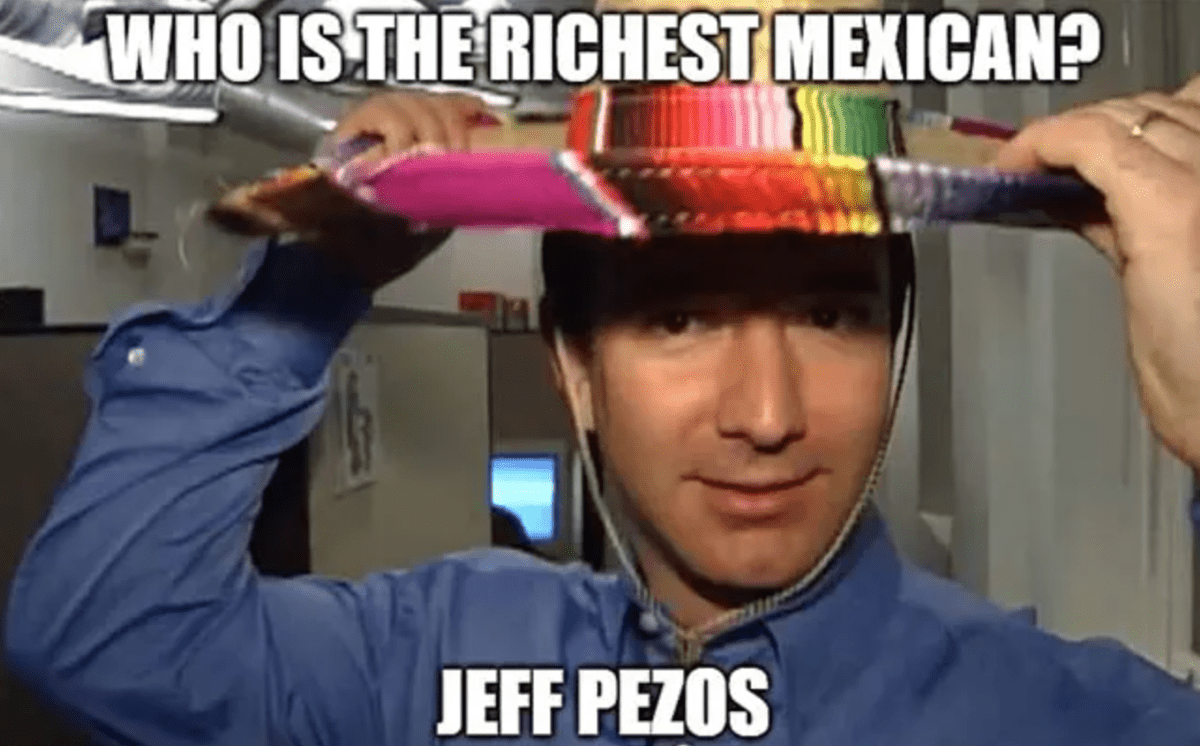 Mexicans love a good joke about money or pesos. Often they involve being paid in tacos instead of money. This one makes fun of the world’s richest Mexican, Jeff Pezos. 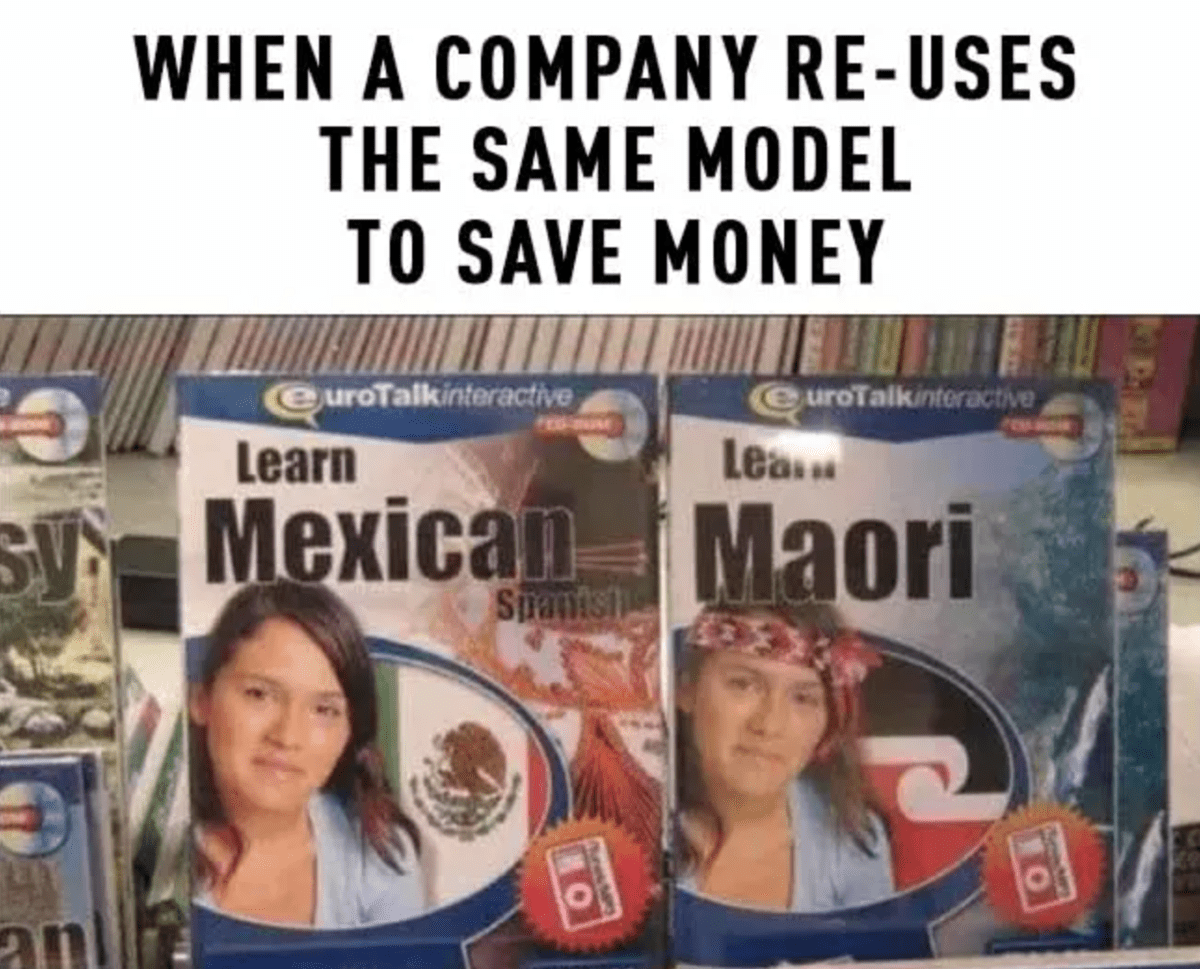 Nothing wrong with saving a few pesos. 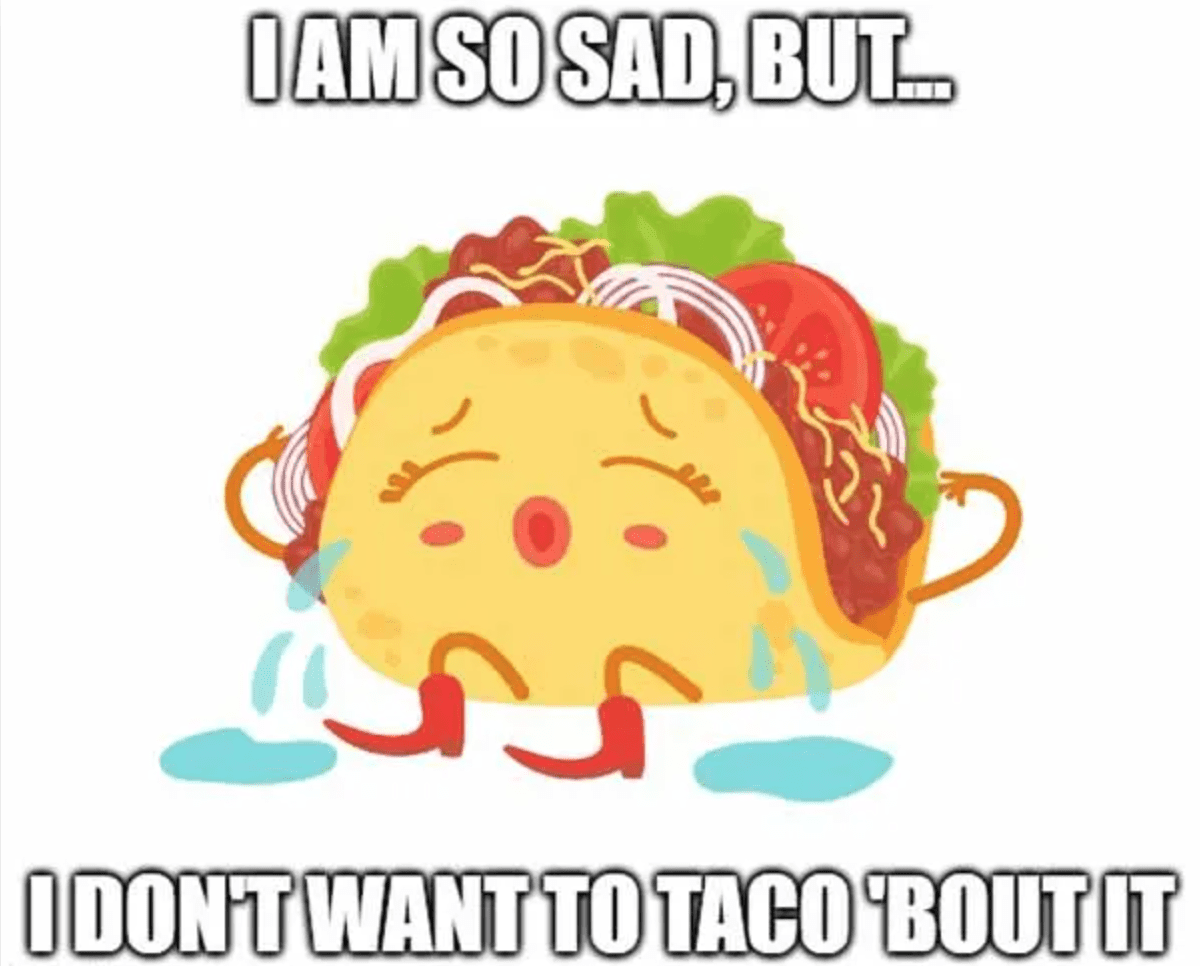 Here’s a play on tacos for when you are down in the dumps. 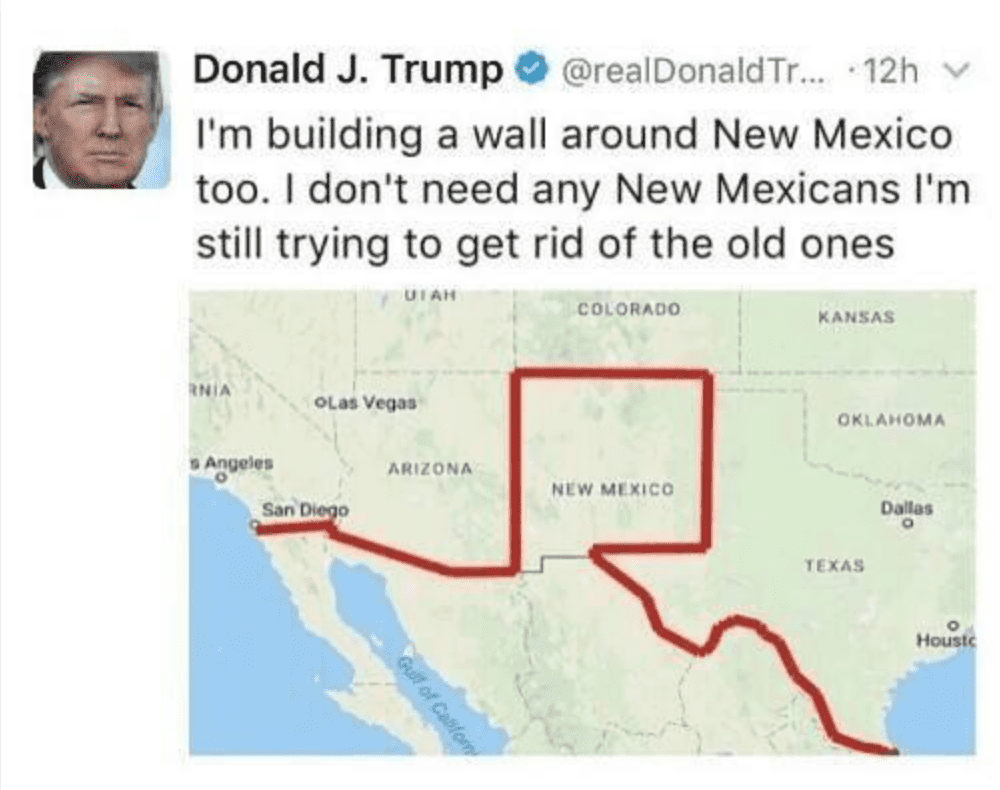 This one doesn’t need explaining. Thank god he’s out of office. 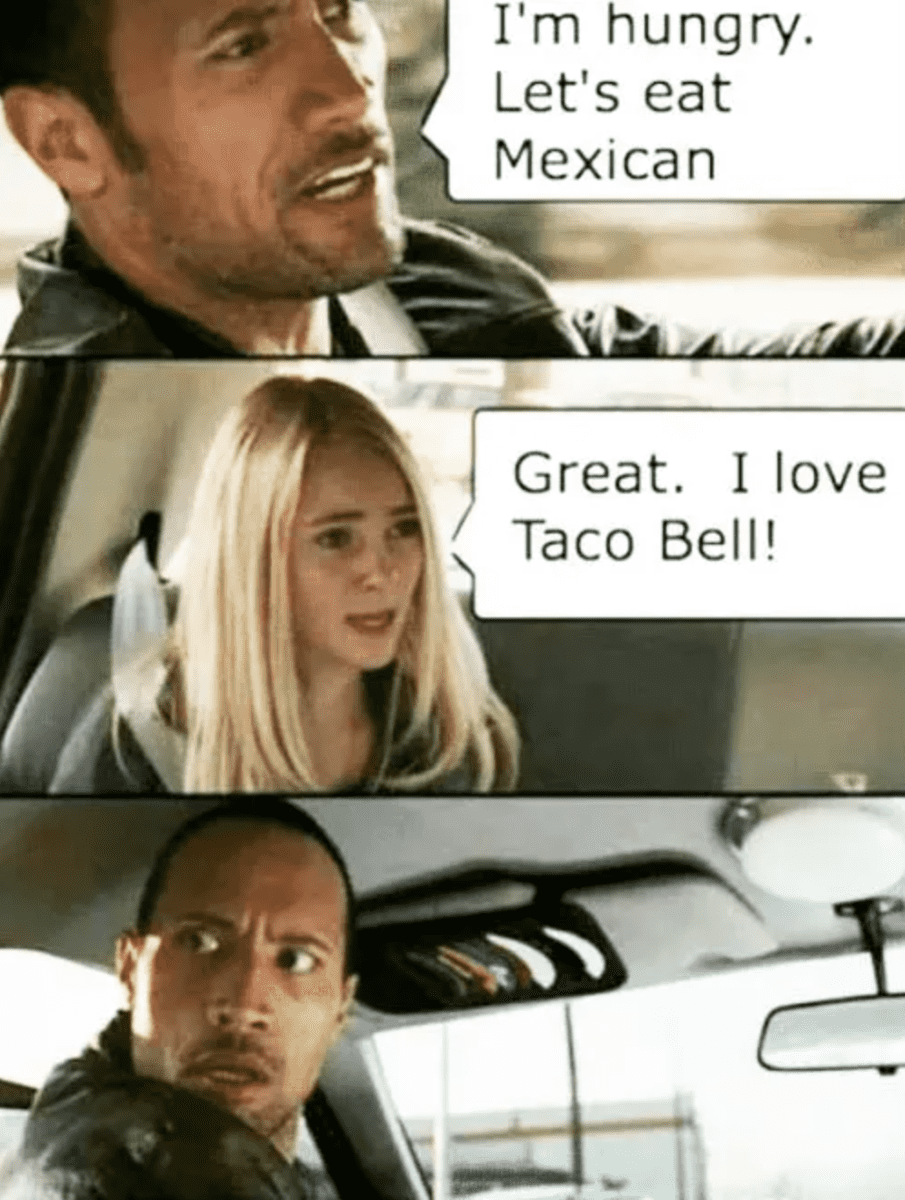 Everyone knows Taco Bell isn’t real Mexican. So when someone mentions grabbing Mexican and suggests Taco Bell, it’s sure to cause problems. This meme captures screenshots from Faster, a film starring The Rock that is often used for different memes. 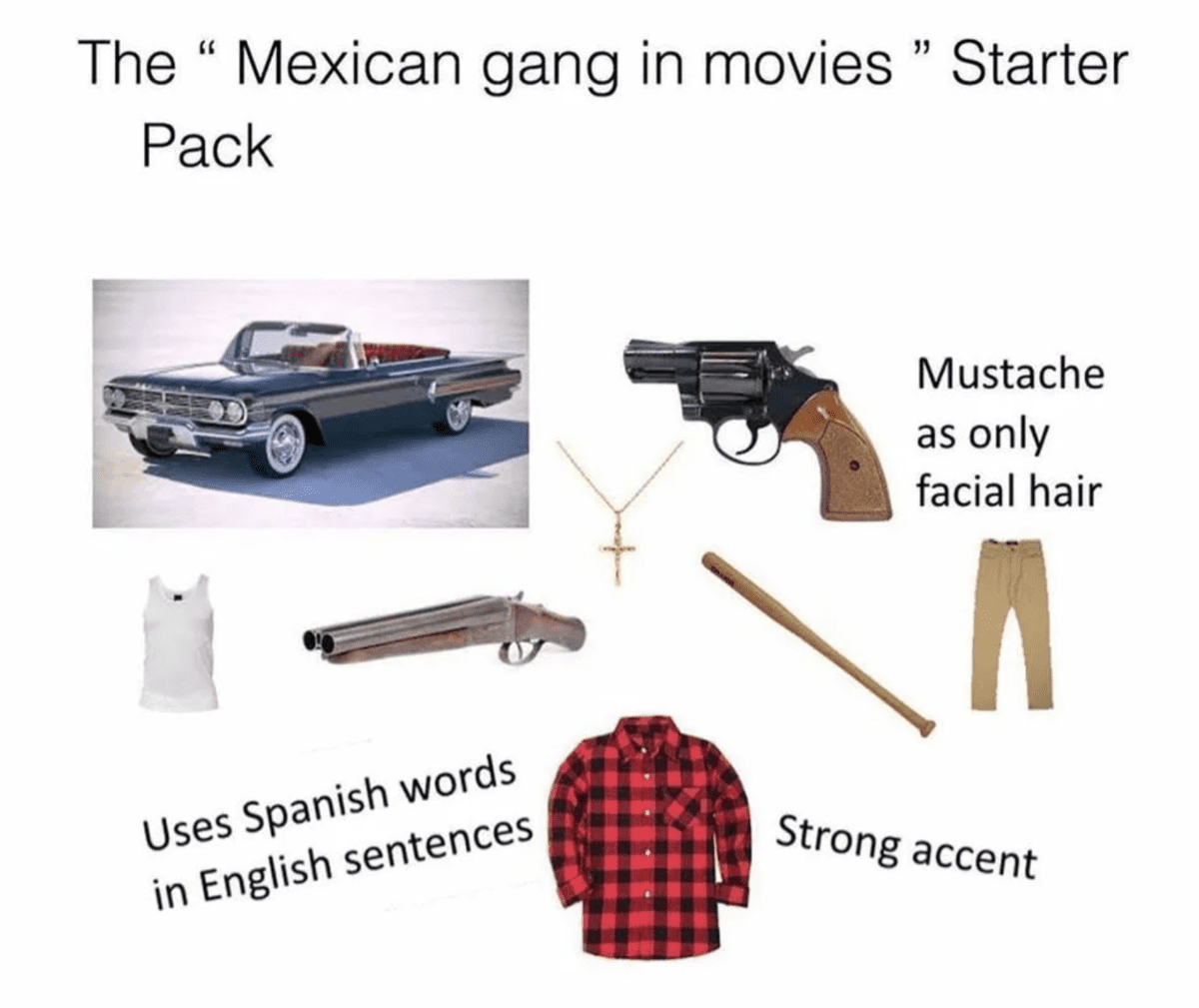 Hitting all the stereotypes.