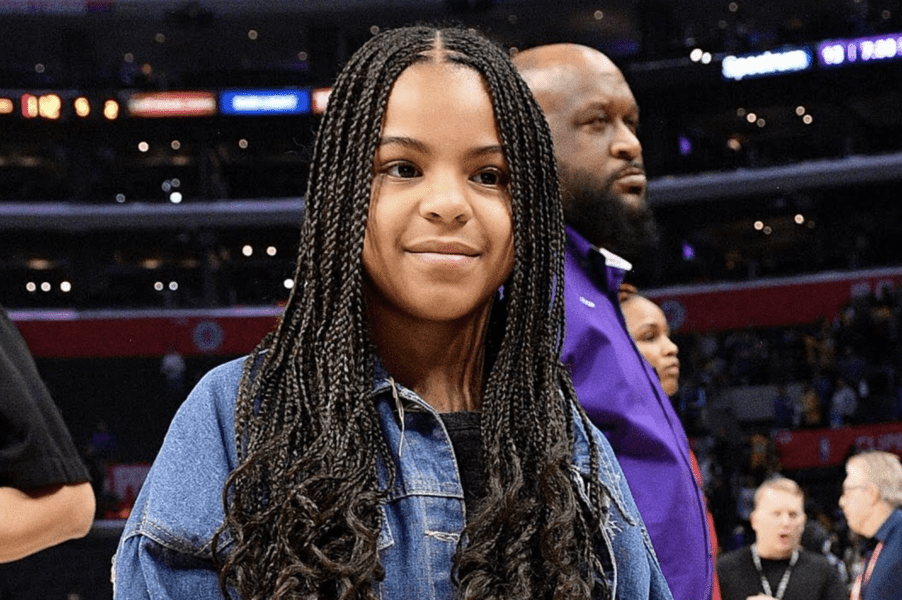 24 of the Worst Names of All Time

William Shakespeare once wrote, “What’s in a name?” Well, William probably never met someone named after a piece of meat. Bad names stick with people for the rest of their life. Indeed, these are some of the worst names in history.

There’s no science in picking a name. There was perhaps a time when people thought the name “William” sounded strange. Regardless, parents are becoming more and more creative with baby names each year. Celebrity parents are infamously known for naming their kids after cities, fruits, and directions. Of course, it’s not just the rich and famous coming up with these bad baby names. Regular people are coming up with terrible names that sound like puns or vegetables. These truly are some of the worst names. 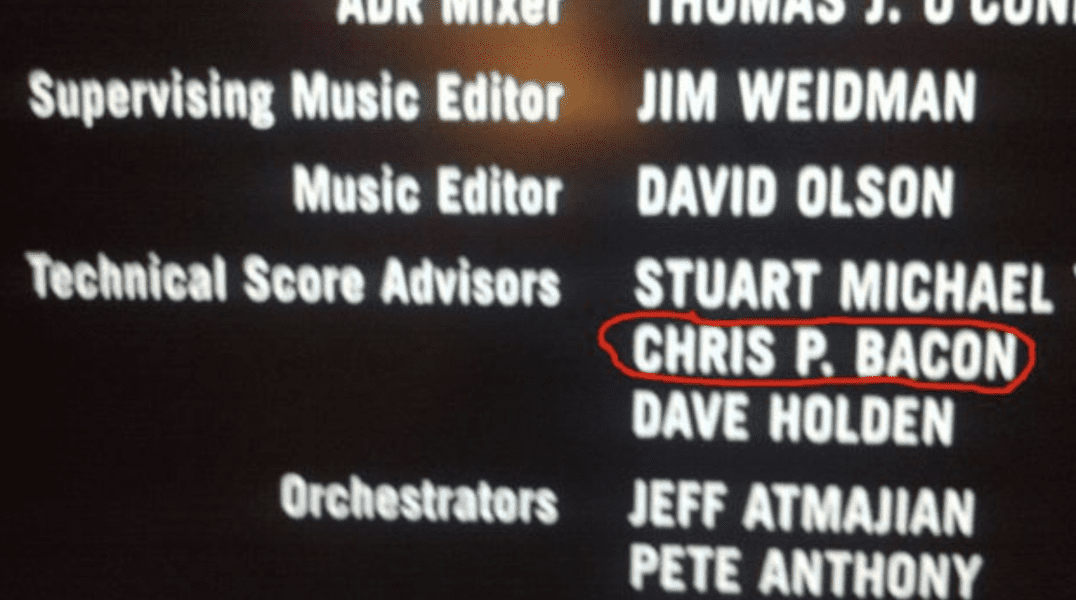 Most people skip the end credits for movies and TV shows. However, if people pay close attention, they’ll notice some of the most unusual names. For instance, somebody decided to name their poor kid Chris P. Bacon. Maybe it was a coincidence, but they had to know it sounds like crispy bacon. Regardless, Mr. Bacon proved everyone wrong by becoming a technical score advisor. 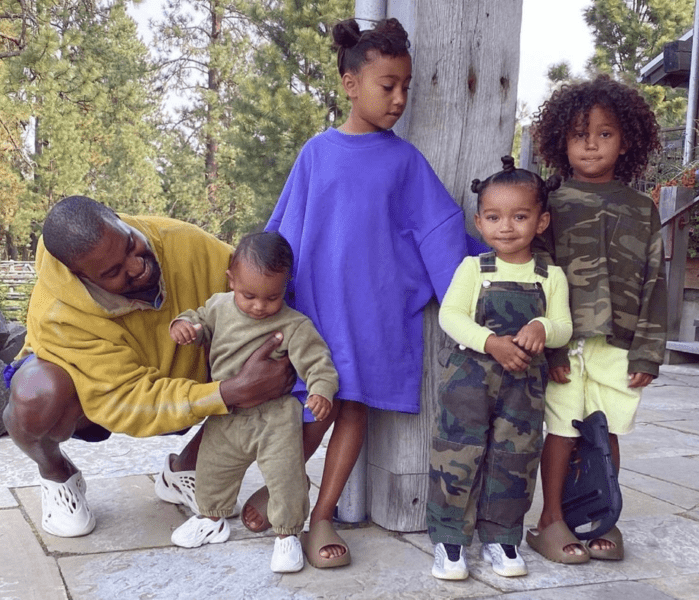 Kim Kardashian and Kanye West have a reputation for creating unusual baby names. Of course, it all started with North West. To be fair, North West does give helpful directions. The entire Kardashian/Jenner crew comes up with fascinating baby names. Honestly, North might not have the worst name in her family. Her siblings include Saint West, Chicago West, and Psalm West. 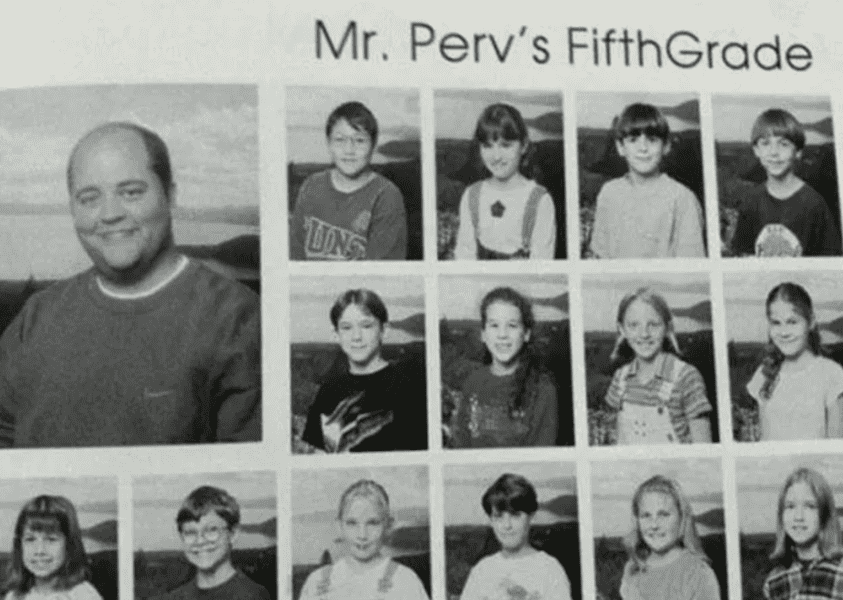 Mr. Perv is one of the most unfortunate names with the most regrettable profession. Mr. Perv is a fifth-grade teacher. In most situations, parents tell their kids to steer clear of that “Mr. Perv.” Instead, he’s an excellent teacher that kids admire. Still, he’s a Perv. 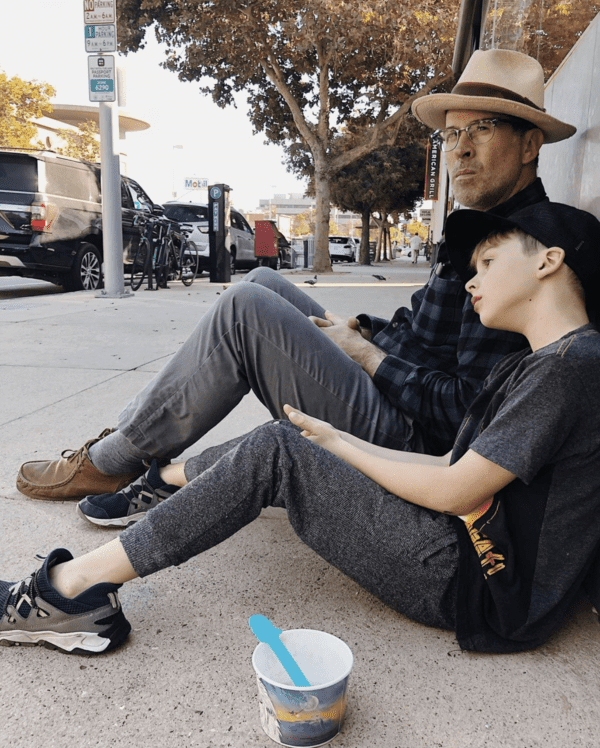 World-famous actor Jason Lee gave his son a unique name even by Hollywood standards. Lee proudly named his baby boy Pilot Inspektor. He told Entertainment Weekly that he came up with the name after hearing the Grandaddy song He’s simple. He’s Dumb. He’s The Pilot. Without a doubt, it’s one of the strangest names, but it’s very creative. In a lot of ways, it’s the perfect baby name. 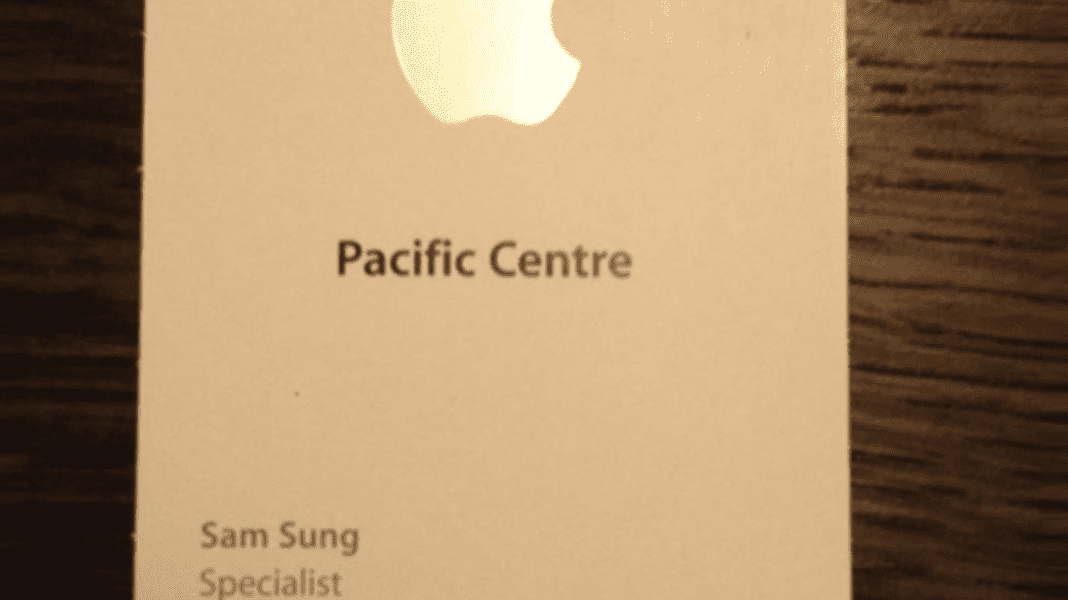 At one point in his life, Sam Sung proudly worked for Apple. Indeed, Mr. Sung has a unique name. His parents may have never heard of the billion-dollar company Samsung. He no longer works at Apple, presumably because it was a conflict of interest. Maybe he can try to get a job with Blackberry? 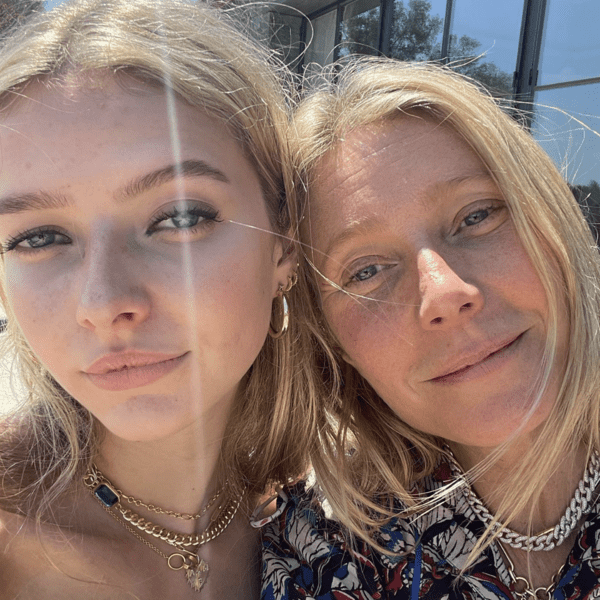 Actress Gwyneth Paltrow and singer Chris Martin made headlines when they named their daughter Apple Martin. Quickly it became one of the worst baby names that year. The unique name has a simple origin story. Paltrow noted Martin came up with the name, and she loved it. For those wondering, Apple never worked at Samsung. 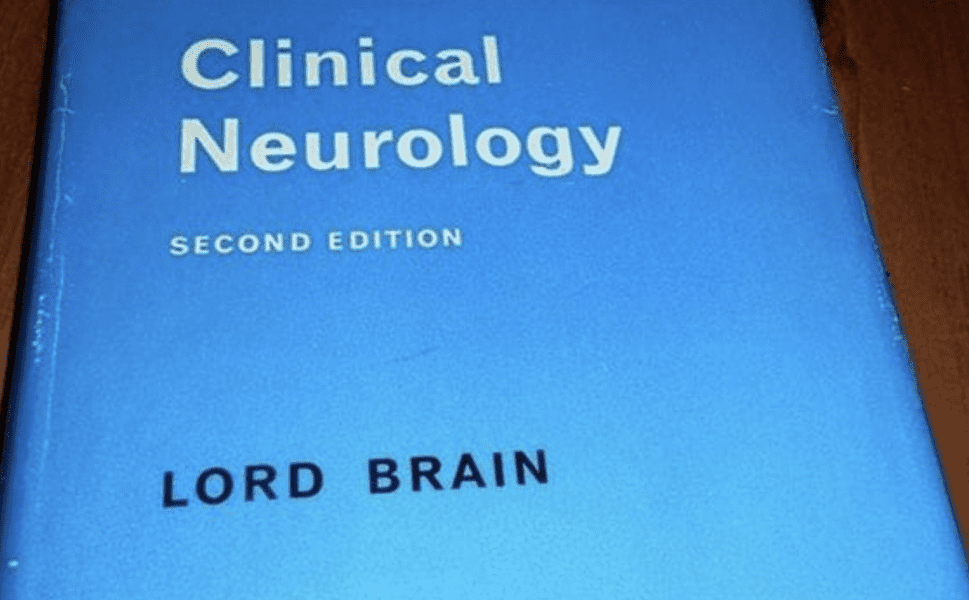 Lord Brain had an unusual name but was fitting, considering his profession. Brain was the leading neurologist who was an expert in his field. He wrote several books on neurology and was the editor for the medical journal Brain. Lord Brain really had no other choice but to be lord of the brain. 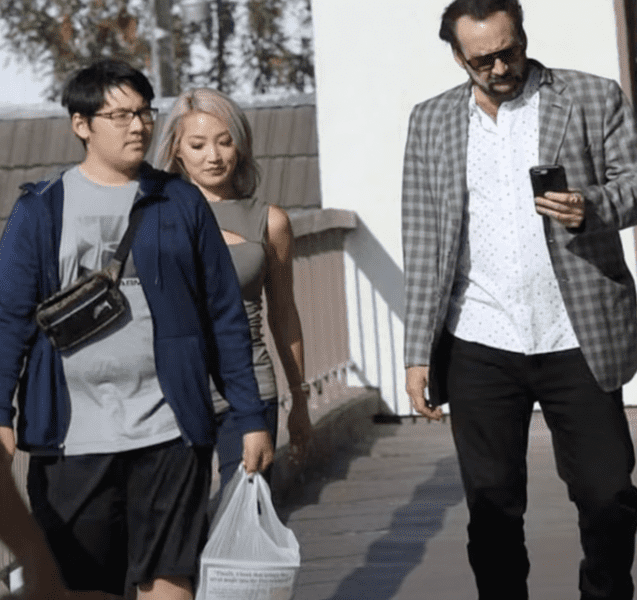 Nicolas Cage is one of the most recognizable names in the world. Ironically, he gave his son one of the worst baby names. Cage named his son Kal-El Coppola Cage after DC Comics icon Superman. Luckily, he didn’t name him Superman Cage. Despite being named after the universe’s most famous alien, Kal-El Cage voiced Batman in Teen Titans GO! To The Movies. 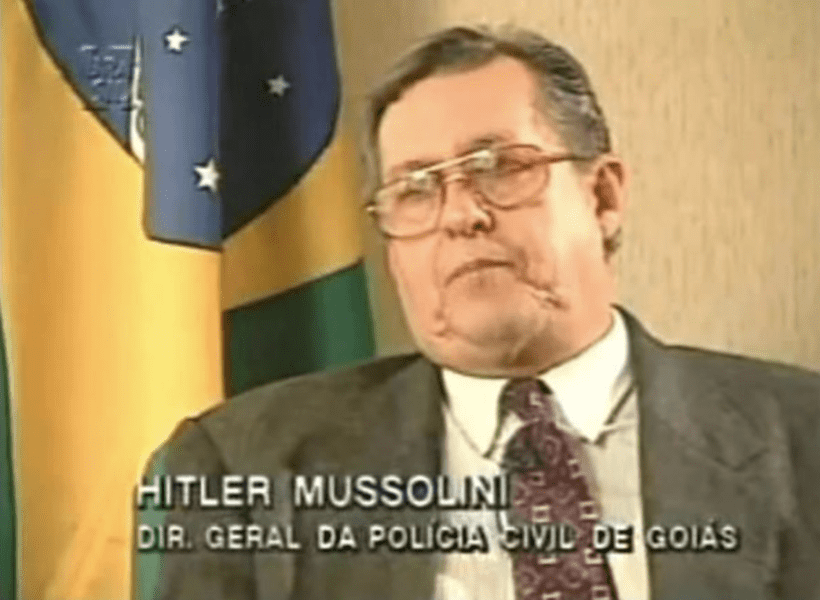 Anyone who would name their baby Hitler Mussolini didn’t want them to have a happy life. A parent thought it was a good idea to name their kid after Adolf Hitler and Benito Mussolini. It’s a terrible baby name for obvious reasons. There must be better options for baby names based on historical figures. 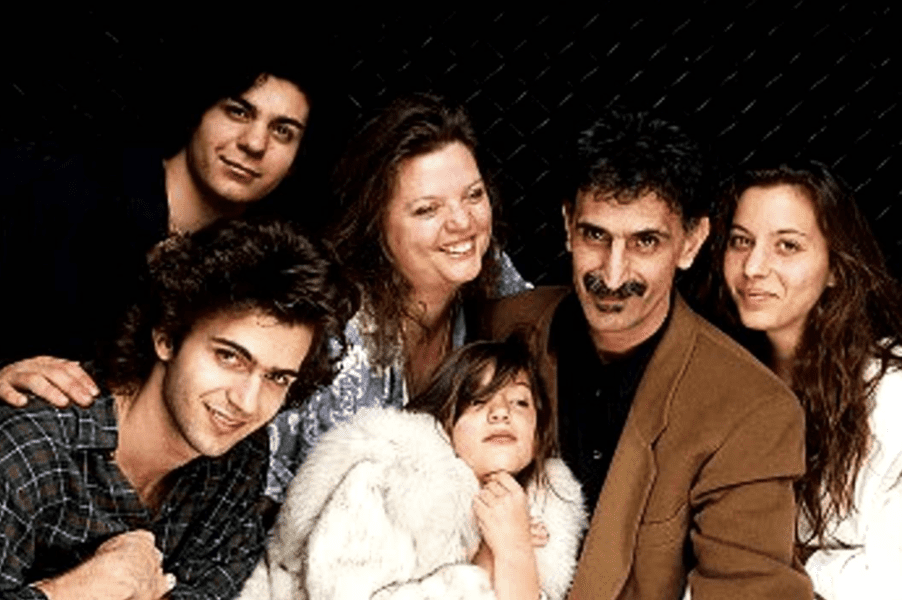 Legendary musician Frank Zappa used his creative mind to give his kids unusual names, including Moon Unit, Diva Muffin, Dweezil, and Ahmet Rodan. Moon Unit’s actually lucky because the other option was Motorhead. Each kid’s name also has a meaning behind it. For instance, Moon’s middle name represents the family unit. Diva got her name because she was a grumpy baby. Initially, Frank nicknamed Yates’ pinky toe Dweezil before passing it to their son. Lastly, Ahmet Rodan’s name comes from the Japanese movie monster Rodan. 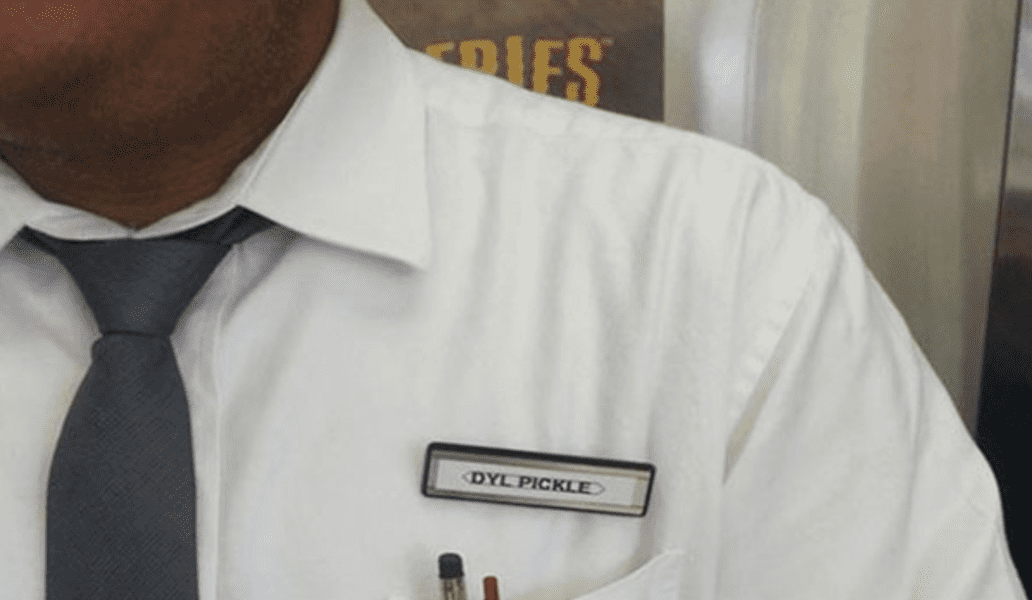 There are so many reasons why Dyl Pickle is a funny name. First, Mr. Pickle appears to be a fast-food restaurant manager at Burger King or Mcdonald’s. However, this unfortunate man also shares his name with the famous Rugrats character Dil Pickles. Unless Dil Pickles grew up to become manager Dyl Pickle? 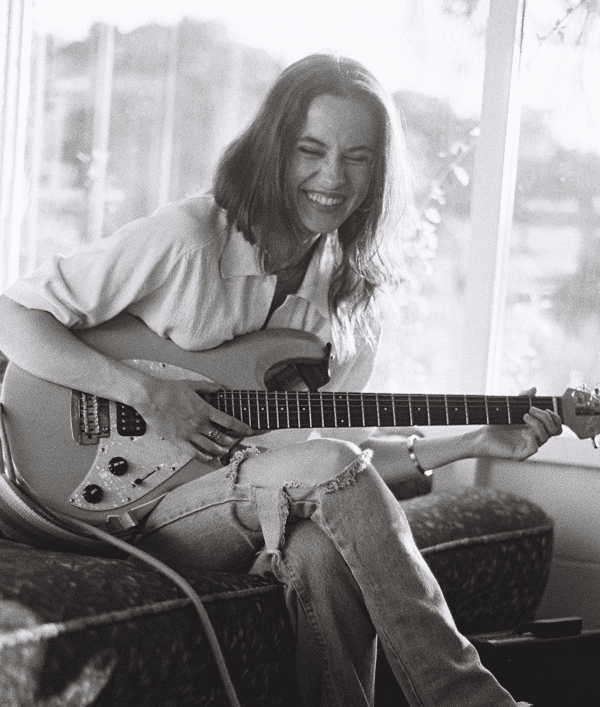 Actor Rob Morrow clearly knew what he was doing when he named his daughter Tu. The key to Tu Morrow’s great name is a sense of humor and tradition. Tu’s mother, Debbon Ayer, has a family tradition of incorporating humor into their names. The hilarious tradition results in some funny yet bad baby names. 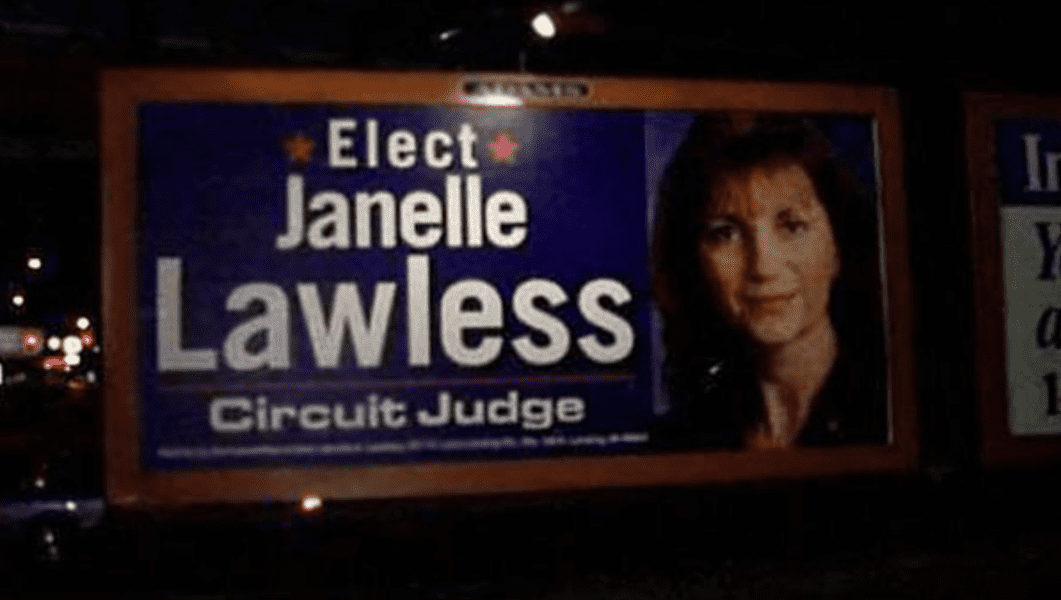 A judge must uphold the law and ensure order. There’s no place for the lawless in the legal system. Well, unless it’s Judge Janelle Lawless. Judge Lawless might have an unfortunate name, but she made it work. Despite appearing to be a fictional character, Judge Lawless is very real and served on the bench for decades before stepping down in 2020. 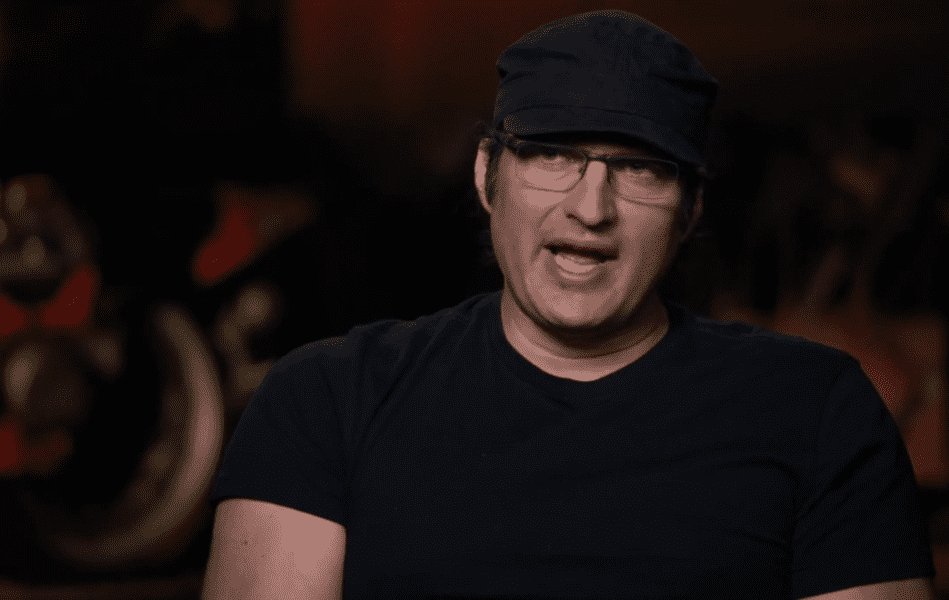 Rocket, Racer, Rebel, Rogue, and Rhiannon are not members of an anime rock band. Indeed, they’re the kids of legendary filmmaker Robert Rodriguez. Rodriguez not only gave his kids unique names, but he has an overall theme. Rodriguez is such a creative mind that his kids’ names deserve an Oscar. 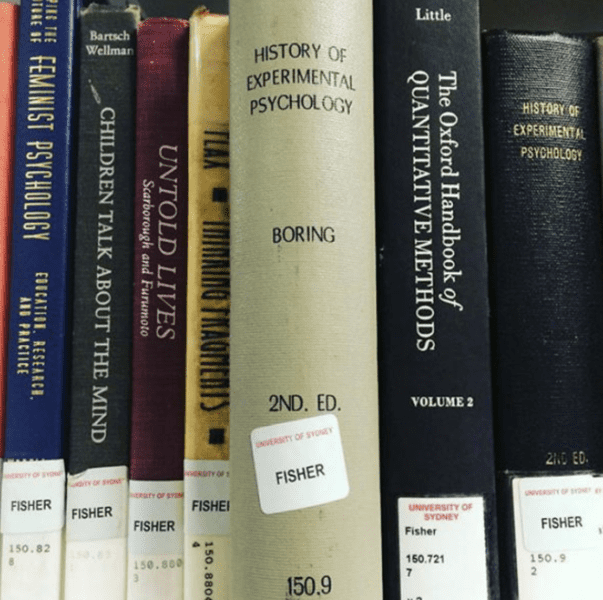 The easiest way to break an author’s heart is to write a boring on their novel. In this case, boring might be the correct word to describe a textbook on The History of Experimental Psychology. It could be a simple coincidence, or it was Boring’s fate to write this book. 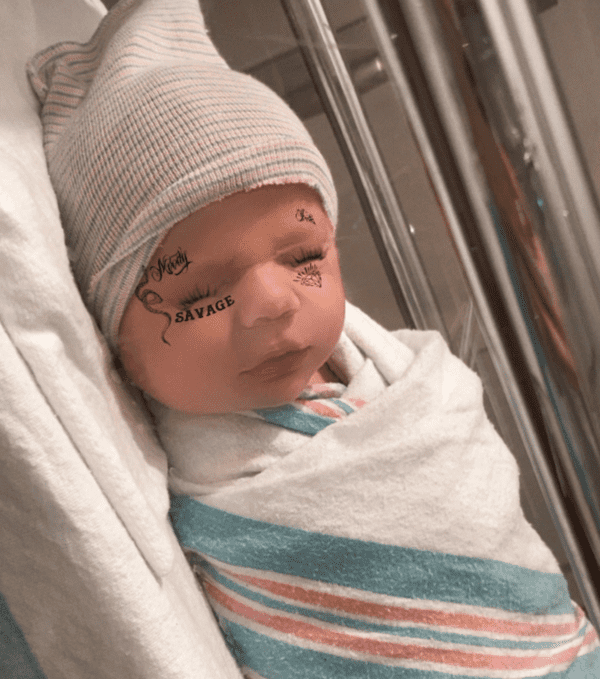 Billionaire genius Elon Musk is always at the forefront of cutting-edge technology. Well, it turns out he’s also at the forefront of the worst baby names. Indeed, Musk and singer Grimes named their son X Æ A-12. However, the baby’s name underwent several variations because it violated numerous California laws. Regardless, X Æ A-12 will go down in history with the worst baby name but brilliant computer code. 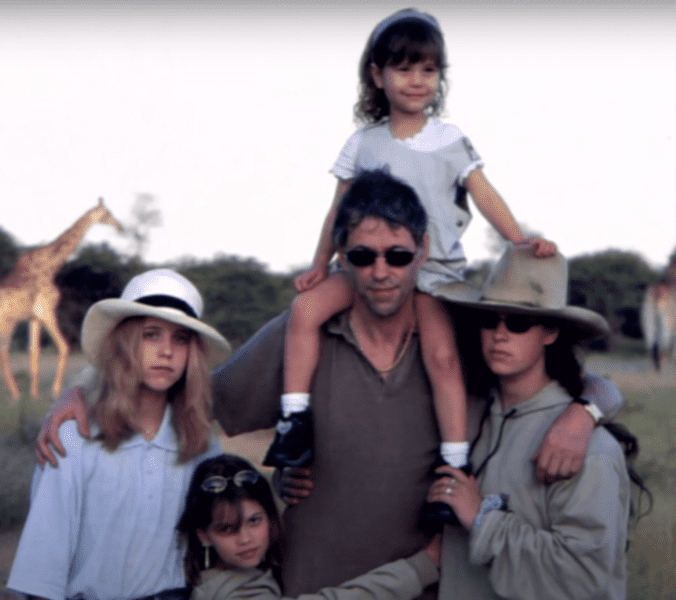 Celebrities often come up with unique baby names. However, none hold a candle to Bob Geldof and Paula Yates. They named their three daughters Fifi Trixibelle, Peaches Honeyblossom, and Little Pixie. Maybe their parents assumed they’d form a rock band someday. Most brilliant celebs have a tough time coming up with normal baby names. 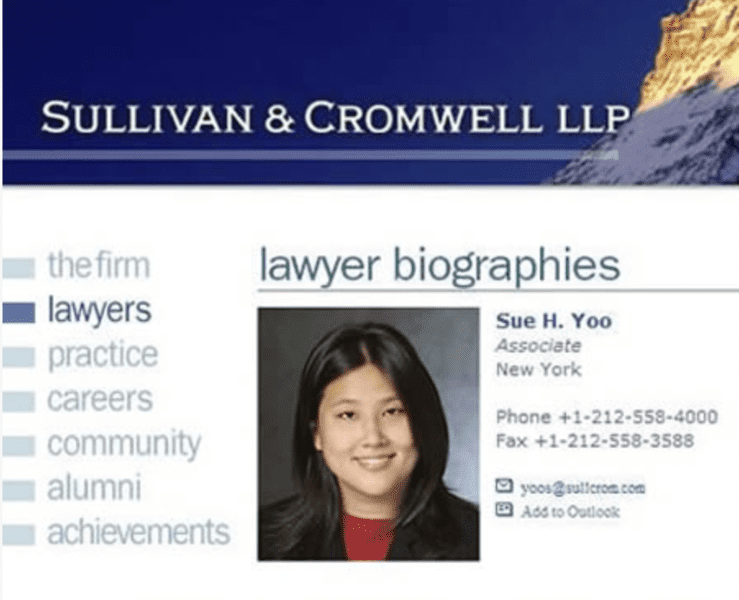 Sue Yoo was born to be a lawyer. She might have a bad name, but she’s a good lawyer. She also proves that not all lawyers are unethical. Indeed, Sue Yoo’s honest and admits that she will sue you. It’s also possible it was a not so subtle a hint from her parents. Sue’s clearly good at her job since she landed a spot at lawfirm Sullivan & Cromwell. 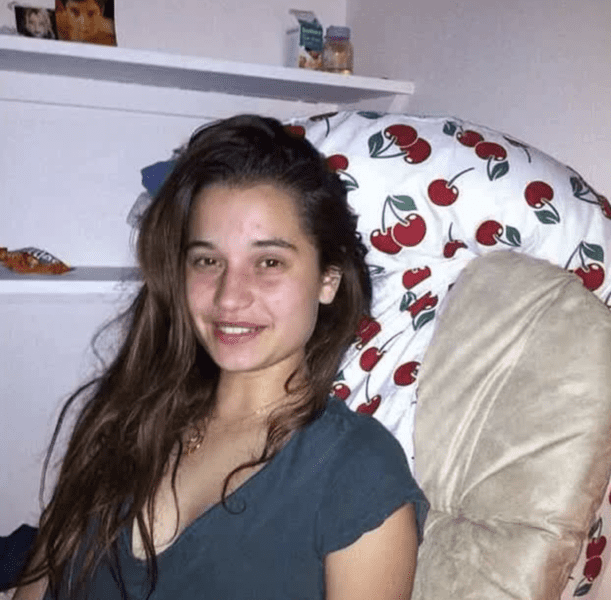 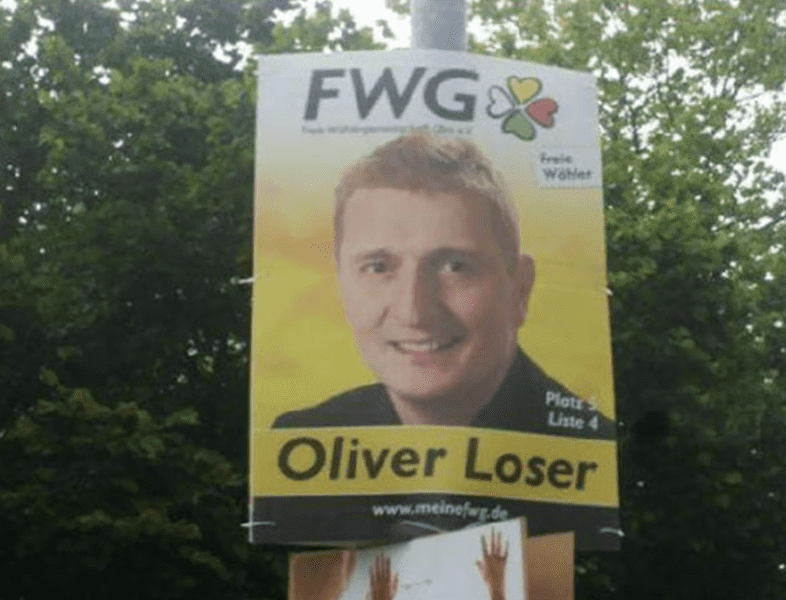 In this world, there are winners and Oliver Loser. Oliver Loser is his actual name, and he appears to have run for the city council. Mr. Loser likely lived up to his name and didn’t end up victorious. Next time, he should change his name to Oliver Winner. 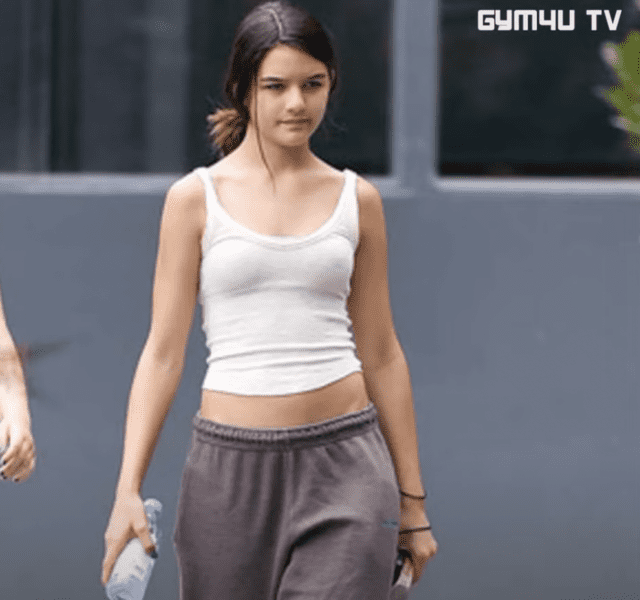 Suri Cruise is the daughter of Kaite Holmes and Tom Cruise. She’s one of the most famous 16-year-old celebrities in the world. Of course, she also has one of the worst names in Hollywood. Her name sounds similar to the phone android, Siri. In French, Suri means “turned sour,” ironically describing her parent’s relationship. 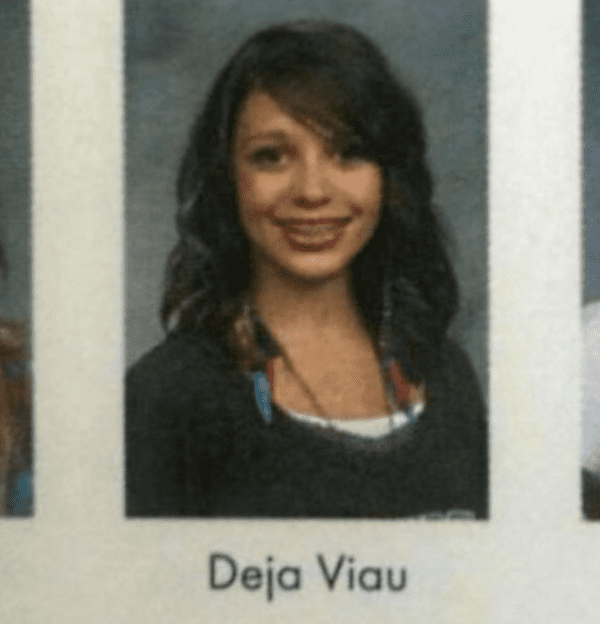 See more about - Who Is The Dumbest Person In The World?