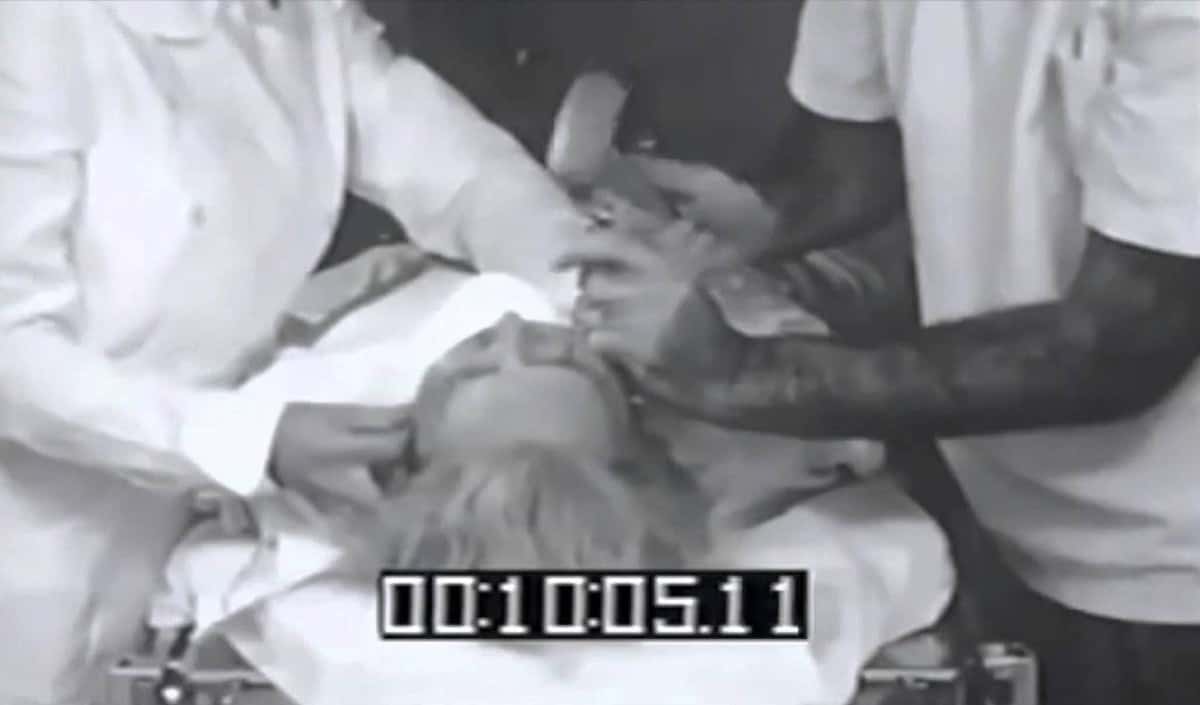 The 10 Most Evil Doctors the World Has Ever Seen

When it comes to trusting professionals, doctors are high on the list. As a society we expect them to do everything they can to help us with our health. We go to them with your problems and believe they will give us the right advice. Whether visiting their office or laying on the operating table, we put our faith in doctors to do the right thing. But what happens when this trust is broken? The thought of evil doctors is something you only read about in fictional books or see in movies, right? Think again.

Over the centuries there have been multiple tales of health professionals taking advantage of their patients. Some do it for money, others for the thrill of the kill. Some are even serial killers masquerading as doctors. Then there are those who kill to help, like the infamous Dr. Kervorkian.

No matter the reasons, history shows that there have been many notorious doctors who have used their position of power to kill. From Nazi physician Josef Mengele to ‘America’s first serial killer’ H. H. Holmes, these are the 10 most evil doctors to ever grace the earth. 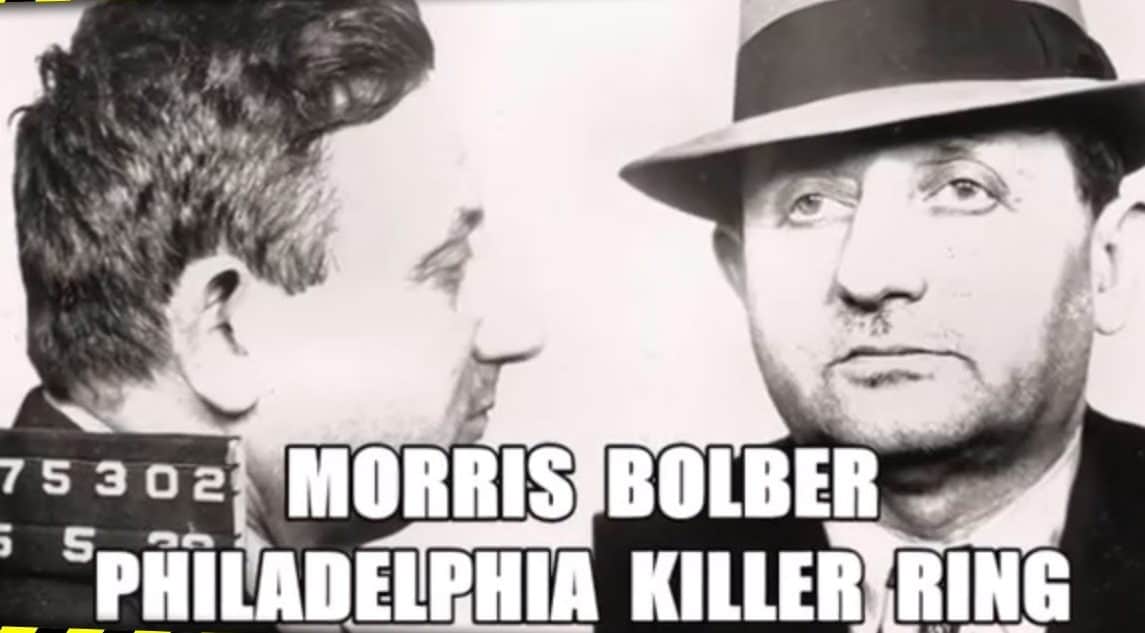 Known as the ‘Mob doctor’ due to his connection to the underworld, Morris Bolber was a nasty piece of work. He was a Russian Jewish immigrant who was part of the ‘Philadelphia Poison Ring.’ This was a mob-connected operation in the 1930s involved in all sorts of crimes. Arson, counterfeiting, and a dodgy insurance business were just some of the pies the gang had its fingers in.

Bolber was recruited to give unsuspecting victims injections that would ‘protect them.’ Instead, they were given arsenic and murdered. The gang would then collect on the life insurance papers they made each victim sign. It’s estimated 30-50 people were killed by Bolber, who eventually turned state’s evidence after being arrested in 1939. For his part in the murders, Bolber was sentenced to life in prison. He escaped the electric chair due to his help with the investigation and died in prison in 1954. 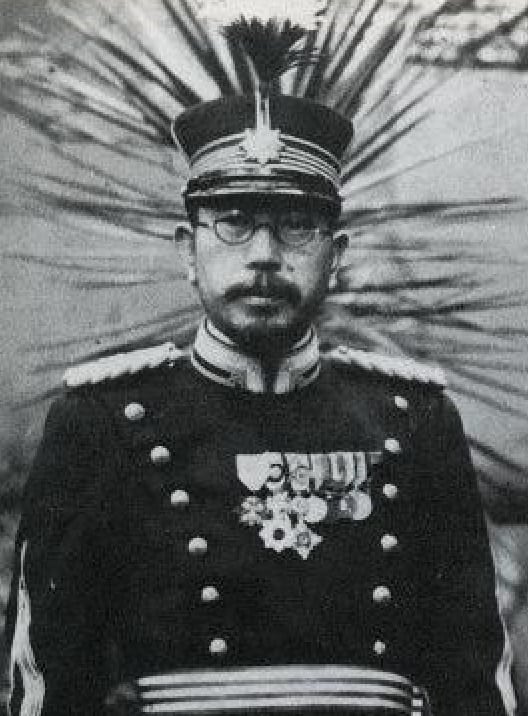 Shiro Ishii was the leader of the biological weapons division at Unit 731 during World War II. A doctor and biologist, Ishii was an extreme nationalist with a strong interest in chemical warfare. While in charge of Unit 731 he would perform all sorts of horrible experiments on Chinese POWs and civilians. They would unleash deadly disease and untired chemical weapons on their subjects. They also infected living subjects with plagued rats, performed surgeries on live patients, conducted forced pregnancies on women, and induced strokes and heart attacks to see the effects. It is said they also used frostbite to try and cure patients.

While he deserved to rot in a jail cell for the rest of his mortal life, Ishii was spared. He agreed to provide the American government with his research papers and was given immunity. The evil Dr Shiro Ishii would spend the rest of his days living in anonymity in Japan before throat cancer killed I’m at the age of 67. 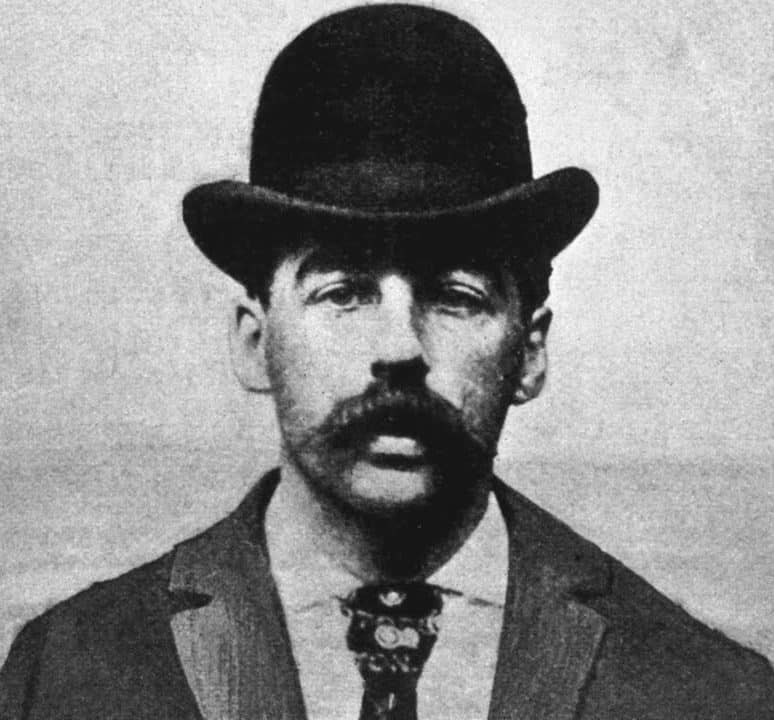 This United States doctor was a medical student who spent a brief time practicing in Pennsylvania. He also ran a side business exhuming corpses and selling them for money. While there he also worked in a pharmacy where a child died after taking the wrong medicine he had prescribed. Not wanting to deal with the consequences, Herman Webster Mudgett fled to Chicago and changed his name to H. H. Holmes. Here Holmes built a three-story home that also included a drug store he operated. It was here Holmes was said to have killed dozens of people. It was referred to as the “Murder Castle” by the media. Reports said the house was full of secret chambers and hidden torture rooms where Holmes would lure his victims before killing them. This led to him being called ‘American’s first serial killer.’

Despite finding the bodies, Holmes managed to escape the authorities. He was eventually arrested in Boston for the murder of his former business partner and sentenced to death by hanging. After his conviction, he confessed to an additional 27 murders, but it was hard for the authorities to take him seriously. Many of the people he claimed to have killed were still alive. Holmes was executed via hanging in 1896 at the age of 34. 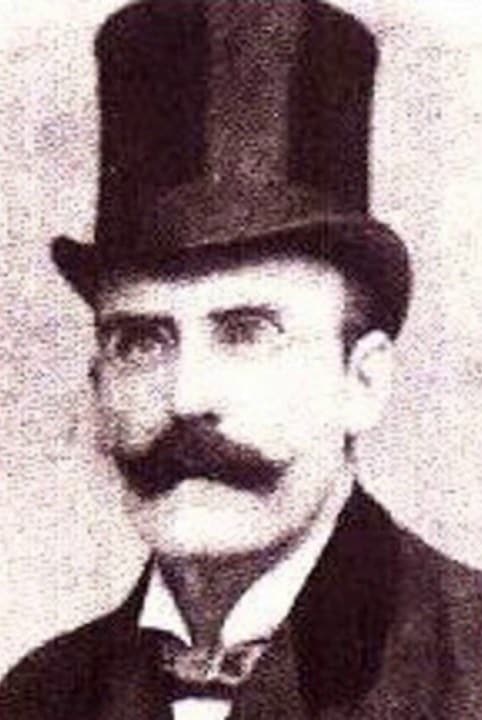 Known as the Lambeth Poisoner, Thomas Cream killed multiple people across three different countries. The Scottish-Canadian medical doctor’s murder spree began in Ontario where he was accused of killing a pregnant woman in his practice. Despite the evidence clearly pointing to Cream as the culprit, he was not charged. He then moved to Chicago and opened a new practice but quickly found himself under suspicion after a number of his patients died mysteriously. This time he was arrested and charged. He was sentenced to life imprisonment but had his sentence adjourned by Governor Joseph W. Fife who was bribed by Cream’s brother.

Cream fled to London where he continued his murderous ways, killing five sex workers before finally being caught. He was executed in November 1892. His last words were a confession that he was Jack the Ripper, but this has been disproven as he was in jail during those murders. 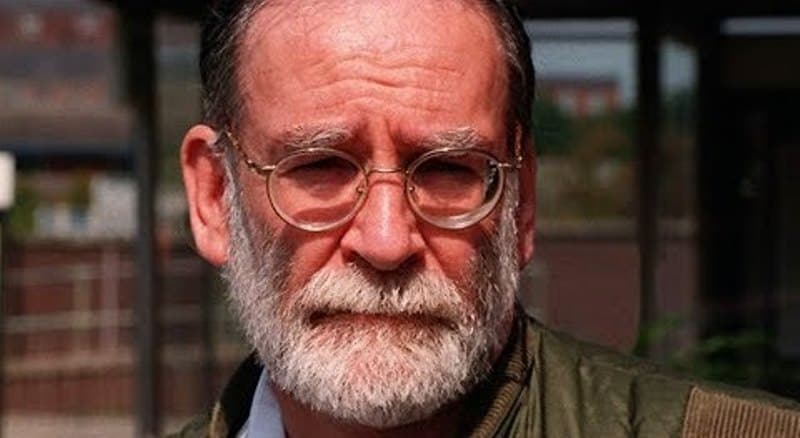 Sentenced to life imprisonment for the murder of 15 patients under his care, Harlod Shipman is believed to have murdered at least 250 people during his life. ‘Dr Death’ is the only British doctor to have been convicted of murdering his patients, who were mainly elderly women. Shipman ran a highly successful practice and surgery in Hyde near Manchester. He was married with four children and seemed like a model citizen.

Suspicion about his methods came to the attention of Linda Reynolds of the Brooke Surgery in Hyde. She noticed a high death rate amongst his patients. A taxi driver who would take the elderly patients to see Shipman also disclosed to police he thought Shipman was not on the level. He couldn’t understand how so many healthy people could suddenly die after seeing Dr Death. Police investigated but couldn’t find any evidence.

It wasn’t until his last victim, Kathleen Grundy, that Shipman was exposed. Her will had been changed to leave everything to Shipman. The police dug a little deeper this time and arrested Shipman for her death. They also connected him to 15 other murders. Shipman never spoke about the killings after being sentenced to 15 life sentences and took his secrets to the grave, committing suicide on the eve of his 58th birthday while in prison. 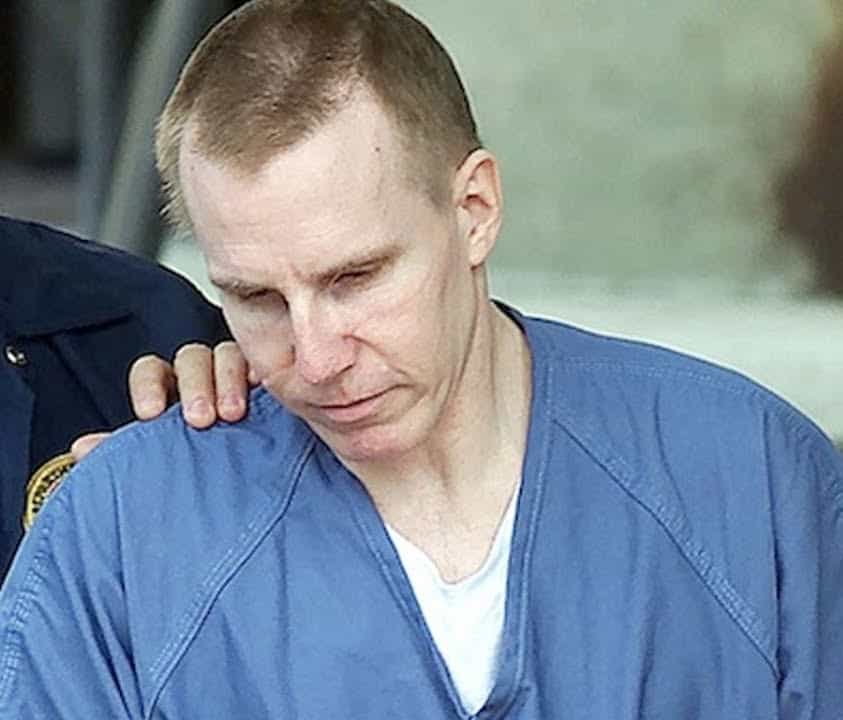 Michael Swango’s fascination with death began while studying at Southern Illinois University Medical School. Despite being nearly expelled, he graduated and took up an internship at Ohio State University Medical Center. It was here Swango first got a taste for killing, with many of the nurses telling their superiors that healthy patients often died while Swango was on the ward. These accusations were knocked backed but Swango was quietly told to move on. He took up a position at Quincy University but soon found himself convicted of aggravated battery for poisoning co-workers. Swango was found to have injected arsenic into his co-worker’s food to make them sick. He did five years behind bars before being released.

Once free, he legally changed his name to Daniel J. Adams and forged papers saying he was a doctor. He then worked at various hospitals and practices across America acting shady before he was finally arrested in 1997. Swango pleaded guilty to three murders although the FBI believes he is responsible for more than 60. He is currently serving a life sentence. 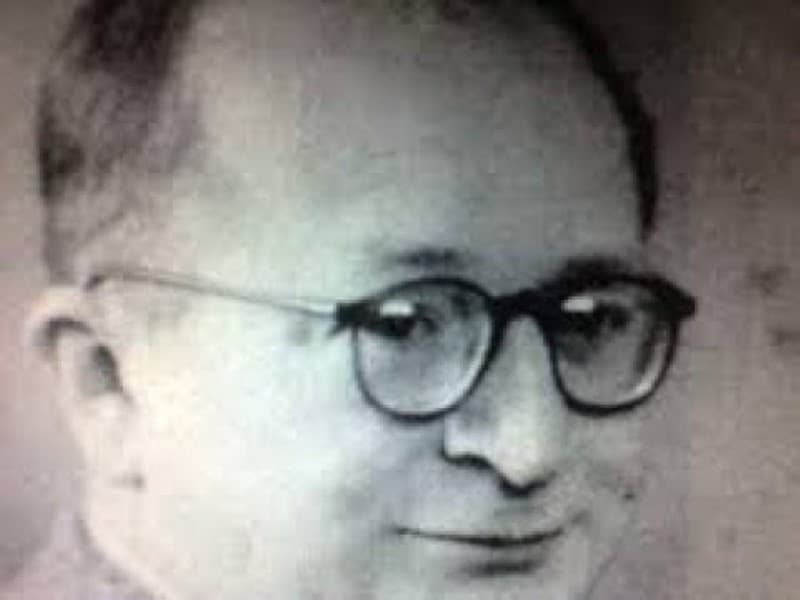 This is one sick and twisted individual. Carl Clauberg was a German gynecologist who conducted atrocious experiments on prisoners at Auschwitz concentration camp. He was assigned to Auschwitz after telling Heinrich Himmler he was interested in finding a way to sterilize women. Setting up base in Block 10 at the camp, Clauberg’s goal was to find an easy and cheap method to sterilize women. His experiments often involved terrible procedures such as injecting formaldehyde and acid into a woman’s uterus. Many women had their ovaries damaged so they were removed and sent to Berlin for further tests. Others developed ongoing health issues and many even died.

It is believed Clauberg experimented on over 700 women during his time at Auschwitz. He was eventually captured by the Russian forces in 1945. He was sentenced to 25 years in prison in 1948 but was incredibly released in 1955. Moving back to Germany he attempted to start afresh, but public outcry saw him arrested for his crimes. He died while awaiting trial. 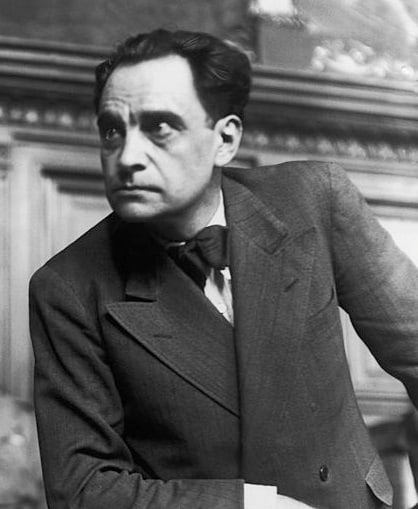 Marcel Petiot was another serial killer who took to murdering during World War II. This evil doctor had a troubled past that involved a stint in the French army before becoming a doctor. He was also a corrupt mayor of Villeneuve-sur-Yonne where he was involved in all manner of shady dealings before fleeing to Paris. It was here his murder spree began.

Residing in Nazi-occupied Paris, Petiot would prey on the Jewish citizens, telling them he could offer safe passage out of France for a fee. Petiot would tell his victims they needed to be inoculated against diseases before escaping. He would inject them with cyanide and dump their bodies in the river Seine. Petiot would eventually move his operation to his home where he would kill his victims and burn their bodies. After a foul stench began to surround the home, police investigated and found human remains in his basement. Petiot was convicted of killing 26 people (although he is believed to have killed over 60) and was beheaded for his crimes. 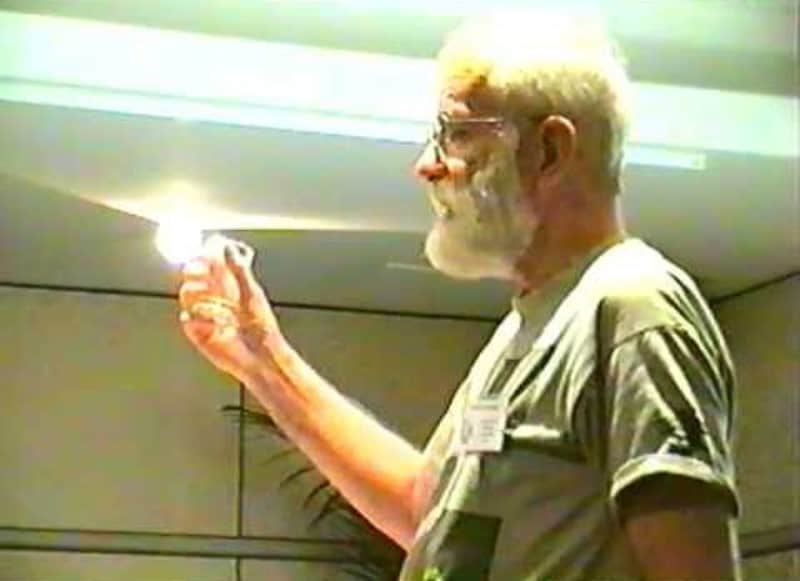 While not a normal physician you would go and visit if feeling ill, Walter Freeman is still one of the most evil doctors of all time. The neurologist became proficient in the practice of lobotomies, which is a procedure where the connections in the brain’s prefrontal cortex are severed. This is meant to reduce agitation and pain and treat those with mental disorders. While there are reports of this procedure being successful, most people suffered cognitive behavior problems and never recovered.

Freeman traveled all across America performing lobotomies, mastering his own technique called the transorbital lobotomy. This involved hammering an ice pick into the corner of the eye to sever the connections to the prefrontal cortex. As a license wasn’t required, many of these operations didn’t involve anesthesia.

He was believed to have performed in excess of 4,000 lobotomies over four-decade, with over 100 of his patients dying and hundreds more suffering from physical and mental issues for the rest of their lives. His final surgery was performed on Helen Mortensen, who died while undergoing her third lobotomy. Freeman was banned from performing the surgery again and lived out his days in California with his own practice. 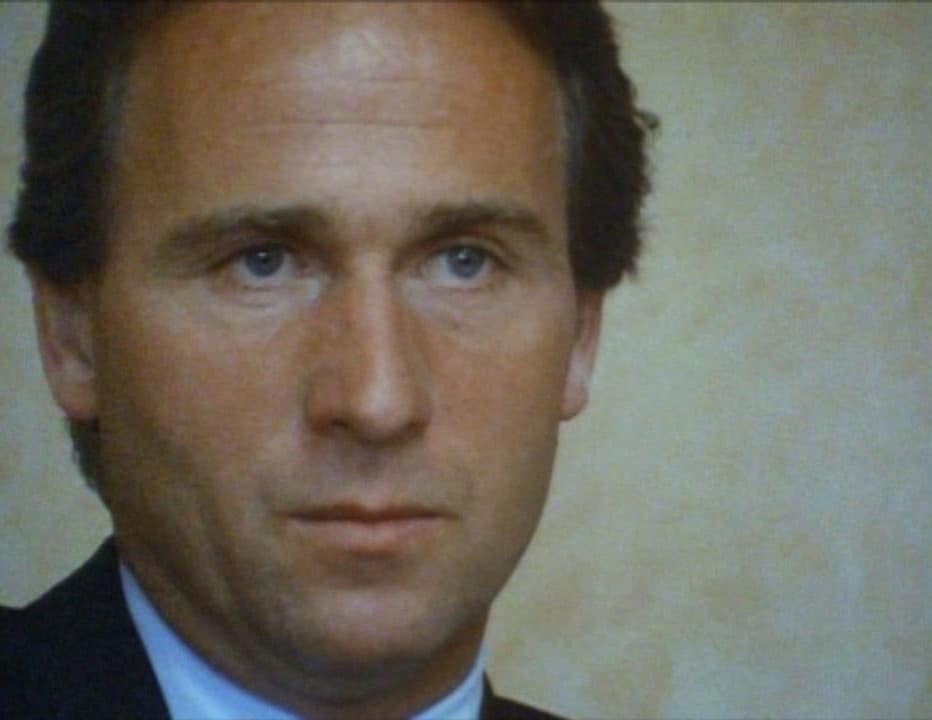 When it comes to evil doctors, they don’t come any more fear-inducing than Josef Mengele. The Angel of Death was a member of the German SS and responsible for the deaths of millions. An anthropologist, Mengele joined the Nazi Party in 1937 and quickly moved up the ranks. Obsessed with human genetics, he was eventually stationed at Auschwitz and given free rein to experiment. He performed horrific surgeries on the POWs there. Mengele was particularly interested in twins. He was known to inject chemicals into prisoner’s eyes to see if he could change their color. Mengele amputated limbs without using anesthesia. He also sewed two twins together who soon died from gangrene. When he was done experimenting he would send the patients to the gas chamber.

Despite being captured, he was let go after managing to hide his real identity. Fearful of being caught again and sentenced to death, Mengele fled Europe for South America. He managed to evade capture for 30 years and died after drowning from a stroke in 1979 at the age of 67.