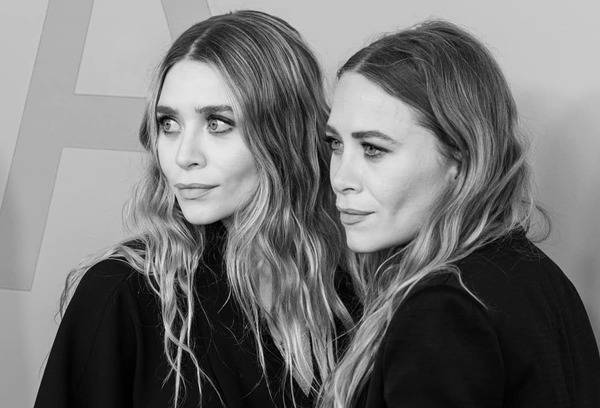 The 10 Most Famous Twins in History

Being born with a twin is a very special thing. While there has been an increase in twins over the past few decades, the number is still relatively low. Statistics show that twin deliveries have increased from 1.1 million deliveries in the early 1980s to 1.6 million deliveries in the early 2010s. While this is a fair rise it still pales in significance to standard births. Put it this way: just 12 out of every 1,000 births produce twins. This is why being a twin is considered so remarkable. Sharing your life with someone who was born on the same day as you (fraternal twin) or who looks exactly like you (identical twin) is a joyous experience. Being a twin must be even more remarkable when you are famous, as you can share the highs and lows together. There has surprisingly been a number of famous twins in history who have left their mark.

It’s incredible to think that those born with twin siblings can both become successful. Most of them end up following the same career path, be that as actors, musicians, sports stars, or entrepreneurs. To celebrate these incredible twins, here are 10 of the most famous twins in history. 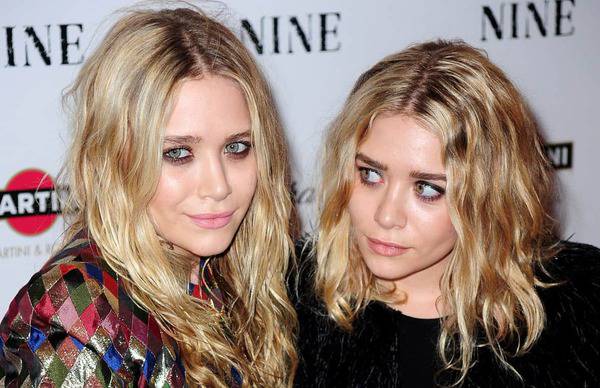 No list of famous twins is complete without mentioning the Olsen sisters. Mary-Kate Olsen and twin sister Ashley Olsen are fraternal twins who have made it big in both the entertainment and business world. The twins first found fame on the hit 90s sitcom Full House. They played the youngest of the Tanner children, Michelle. Once the show ended the dynamic duo continued to work together, starring in a range of movies and TV series. They also set up their own company, Dualstar, which not only produced films and television series for the two to star in, but also magazines, video games, and other popular media.

When they reached their 20s, the Olsen sister’s love for fashion soon become their main focus. The two have put out numerous clothing lines and teamed with a multitude of big brands, resulting in the Olsen’s earning millions of dollars. While the two have had the odd controversy, since reaching adulthood they have remained relatively out of the spotlight. 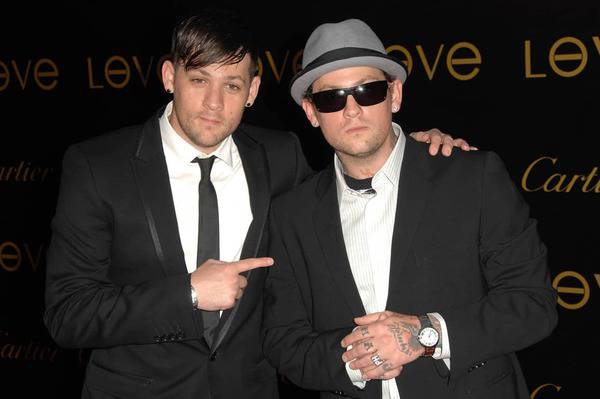 The Madden brothers rose to fame with rock band Good Charlotte. While their self-titled 2000 debut album failed to make a dent in the charts, their follow-up had the reverse effect.  The Young and the Hopeless spawned the hit singles Lifestyles of the Rich and Famous, The Anthem, and Girls & Boys. It sold 3.5 million copies in America alone and put the twins on a path to sustained success.

The pop-punk act has released seven albums in total, countless top ten hits, and toured the world multiple times. They are particularly loved in Australia, where they have received some of their highest-charting singles and albums. The celebrity twins are also married to famous women. Joel Madden’s wife is Nicole Ritchie, the daughter of crooning great Lionel. Benji Madden is married to actress Cameron Diaz. 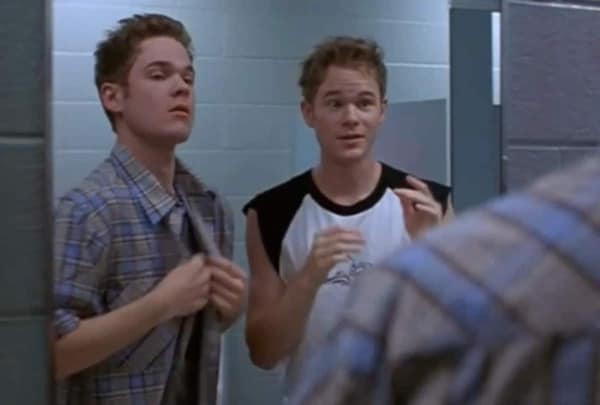 Here is another set of twin brothers who made their mark in the entertainment world. Shawn Ashmore and Aaron Ashmore are identical twin brothers who have been acting since they were kids. Aaron is the taller of the two and is often cast as a bad guy, while Shawn is usually given good guy roles. The two have starred in a variety of films together, including My Brother’s Keeper.

Shawn is best known for portraying Iceman in the X-Men franchise and as Jake Berenson in the television series Animorphs. Aaron’s most notable role was Jimmy Olson on Smallville. While they might not be on the level of some of the twins on this list, they are still pretty famous, especially in their home nation of Canada. 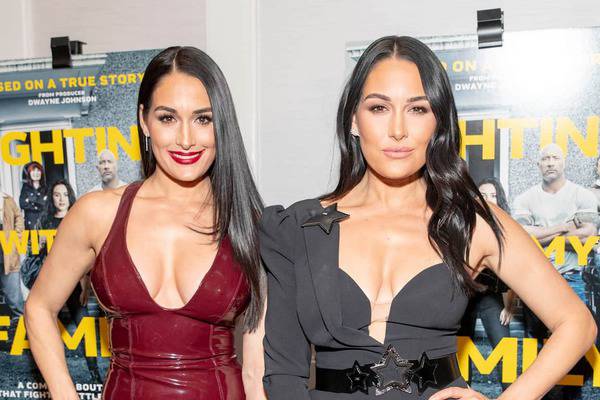 The Bella twins made it big in the world of professional wrestling. They joined the company in 2007 and made their first onscreen appearance in 2008. They would both go on to capture the WWE Divas Championship during their time with the company before retiring in 2018. Along with wrestling, the two starred in the hit reality series Total Bellas, with the show lasting six seasons.

Since their in-ring careers ended the two have focused on being mothers as well as branching out into other areas of business. They have released their memoir Incomparable, body and beauty line Nicole + Brizee, wine label Bonita Bonita Wine, and their own baby clothing capsule in collaboration with Colugo. 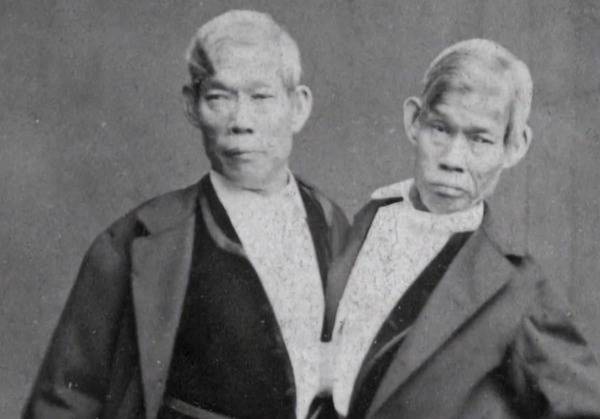 These twins were famous for different reasons than most on this list. Chang and Eng Bunker were conjoined twin brothers. The two were attached from the shoulder down to the stomach and gave birth to the term Siamese twins. They were born with Chinese ancestry in Thailand and brought to America to be studied. They were soon recruited as members of a traveling circus and exhibited as part of the freak show. Surprisingly there was a lot of sympathy for the twins, who after three years of touring, fired their manager and went out on their own touring American.

The Siamese twins made quite a lot of money from their shows. They stopped touring in 1839 and settled near Mount Airy, North Carolina. The two got married to local sisters and fathered a whopping 21 children. They passed away within hours of each other in 1874 at the age of 62. They remain the most well known conjoined twins in the world. 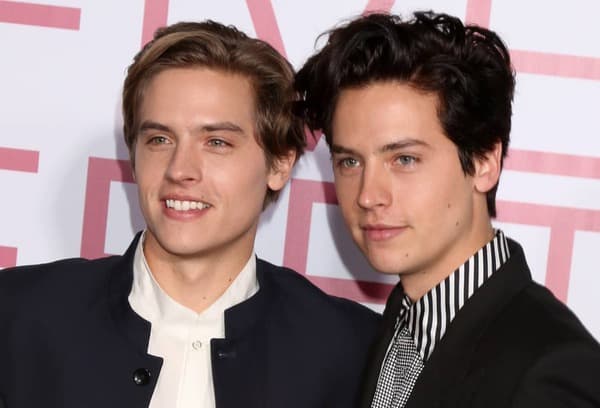 The Sprouse brothers are another set of twins who have made a career in showbiz. Their first big break was playing five-year-old Julian McGrath alongside Adam Sandler in the hit comedy Big Daddy. This led to several smaller roles before the two got their own show on Disney. The Suite Life of Zack & Cody was a smash with younger viewers and made them teen heartthrobs. For a few years, the Sprouse brothers were the highest-paid Disney stars.

The two stopped acting for several years to attend New York University. After graduating in 2015 the twins decided to continue acting, although things haven’t quite gone to plan. Cole is still active, with his most recent success coming with the show Riverdale. Based on the characters from the Archie comics, Cole plays Jughead Jones. His brother, on the other hand, no longer acts. Twin brother Dylan is a co-owner and brewmaster of the All-Wise Meadery. Despite their differing career choices, it sounds like they are both doing well. 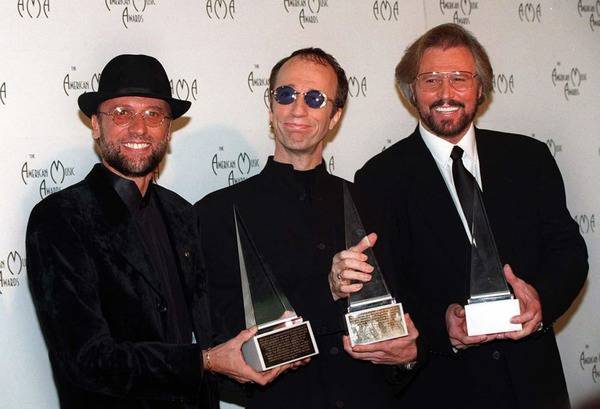 Along with older brother Barry, fraternal twins Robin and Maurice Gibb were part of the uber successful musical group the Bee Gees. The trio became one of the biggest musical acts during the 70s and 80s. While they started out singing ballads, they broke out with a string of disco hits in the late 70s. Stayin’ Alive, How Deep Is Your Love, Night Fever, and More Than a Woman turned them into global stars.

Famous for their enchanting falsetto, the group had a slew of top ten albums and singles over their 45-year career. The Bee Gees continued to produce albums and tour until the unexpected death of twin brother Maurice in 2003. Robin passed in 2012, leaving Barry as the only surviving member of the group. 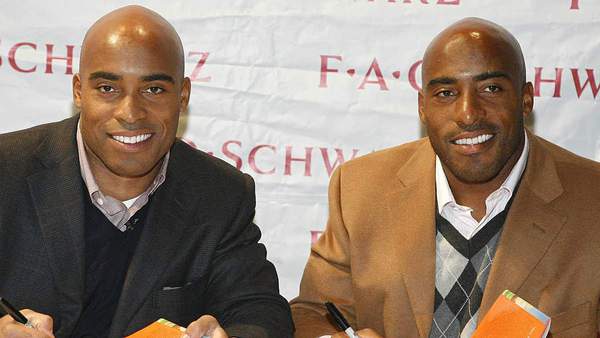 After playing college football at the University of Virginia, brothers Tiki and Ronde Barber entered the draft in hopes of making it to the NFL. Both brothers succeeded, with Tiki drafted to the New York Giants in the second round and Ronde to the Tampa Bay Buccaneers in the third round.

Both brothers had great careers. Tiki spent ten years at the Giants as a running back before retiring at the end of the 2006 season. He transitioned into the media and currently hosts the radio show Tiki & Tierney with Brandon Tierney for CBS Sports Radio. Twin brother Ronde, on the other hand, played his entire 16-year career at the Buccaneers as a cornerback. He won a Superbowl in 2002 and holds the unique record for most consecutive starts by a defensive back. He also went into the media after calling it quits. Ronde was a color commentator with Fox. Both brothers have also written eight children’s books together. 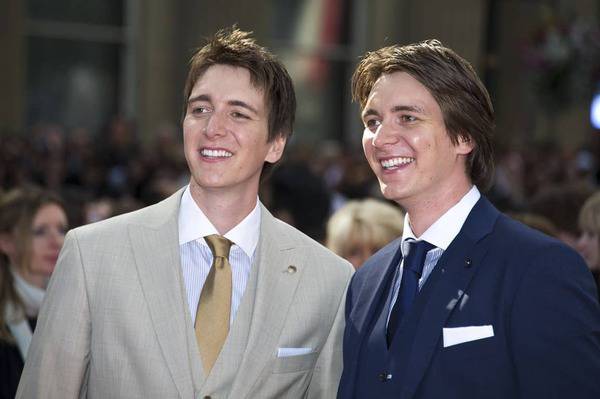 Their names might not be familiar but you have no doubt seen these identical twin brothers on the big screen. Oliver and James Phelps are identical twins who played Fred and George Weasley in the Harry Potter franchise. They played the wand welding twins in all eight films. While they have acted in a couple of other projects, today their time is focused on their podcast Normal Not Normal. The show started off with the two interviewing other famous child stars, but now the brothers interview a wide variety of people from all types of industries. 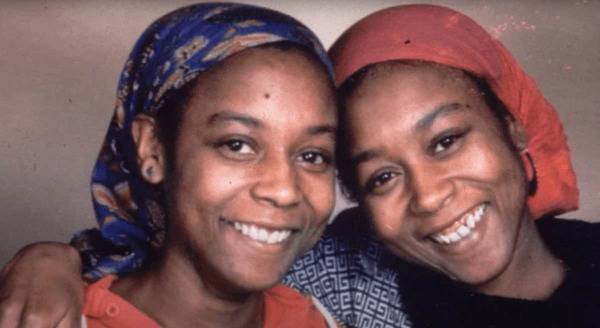 Known as the silent twins, June and Jennifer Gibbons were identical twins who grew up in Wales. As the only black children in the area, they were relentlessly teased and bullied at school, causing the sisters to cease communicating with anyone but each other. Their parents attempted to send them to boarding school so they could learn to live without each other, but the two suffered mental breakdowns from being apart and were eventually reunited. The sisters returned home where they spent several years living in isolation. They would hang out in their bedroom where they performed plays for each other. The sisters also wrote hundreds of journals and became obsessed with writing novels.

Like most kids, they began experimenting with drugs and alcohol during their teenage years. They soon started committing petty crimes and became too much to handle for their parents. The sisters ended up in Broadmoor Hospital, a high-security mental health hospital. Here they were given a host of medications and slowly lost interest in their creative passions as they became more withdrawn. The sisters continued to only communicate with each other during this period. They spent most of their 20s at Broadmoor. Jennifer ended up passing away from sudden inflammation of the heart at the age of 29. After her death, June finally began to talk and gave a number of interviews. She was released from Broadmoor Hospital and resumed a normal life. She now resides close to her parents in Wales and has tried to put the past behind her and live a normal life.