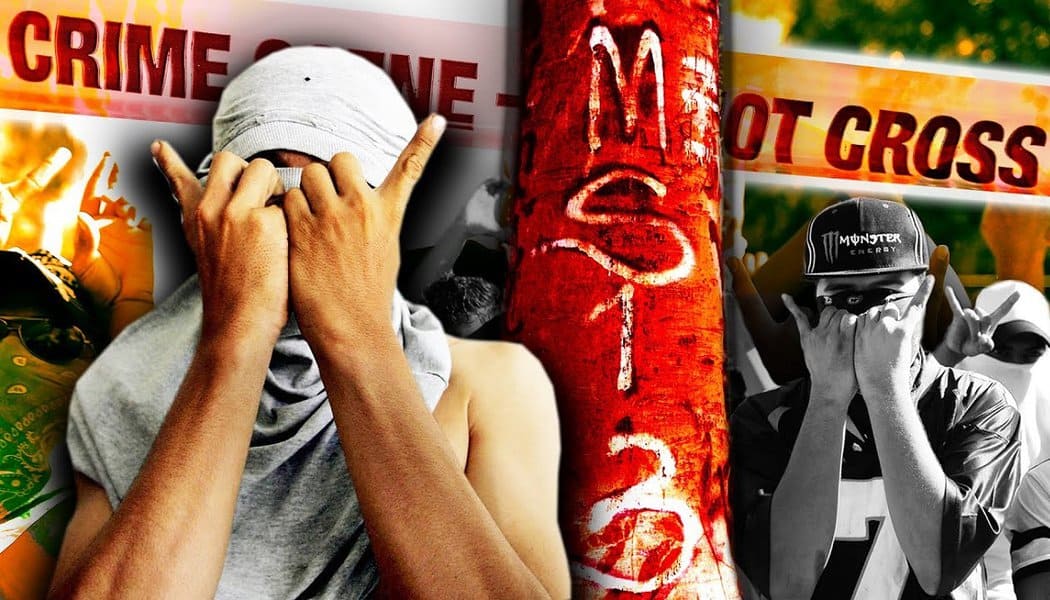 These Are the 10 Most Dangerous Gangs in the World

For centuries humans have formed gangs to protect each other from their enemies. Many of these first street gangs were fuelled by necessity. Groups of poor people banded together to rob the rich and disrupt politics. Over time the most dangerous gangs in the world began to get organized, leading to the establishment of the Mafia, which infiltrated America during the 1920s.

Since then violent gangs have spread across the world. Most are involved in criminal activities, from drugs to gun running, and earn billions of dollars a year. Members often go through a tough initiation period to earn their stripes, with many having to murder someone to gain acceptance.

Movies and television shows have glorified these aggressive gangs over the years. The Godfather, The Sopranos, and Narcos are just some of the movies and shows that illustrate gang life in a different light. But these shows often fail to highlight the nasty violence these gangs are involved with.

The most dangerous gangs in the world have no qualm in killing someone for missing a debt payment or insulting their lady. These men are violent offenders who are all in on gang life. You don’t want to meet them in a dark alley.

To make sure you don’t find yourself mixed up with the wrong crowd, here are the most dangerous gangs in the world to look out for.

These Are the 10 Most Dangerous Gangs in the World 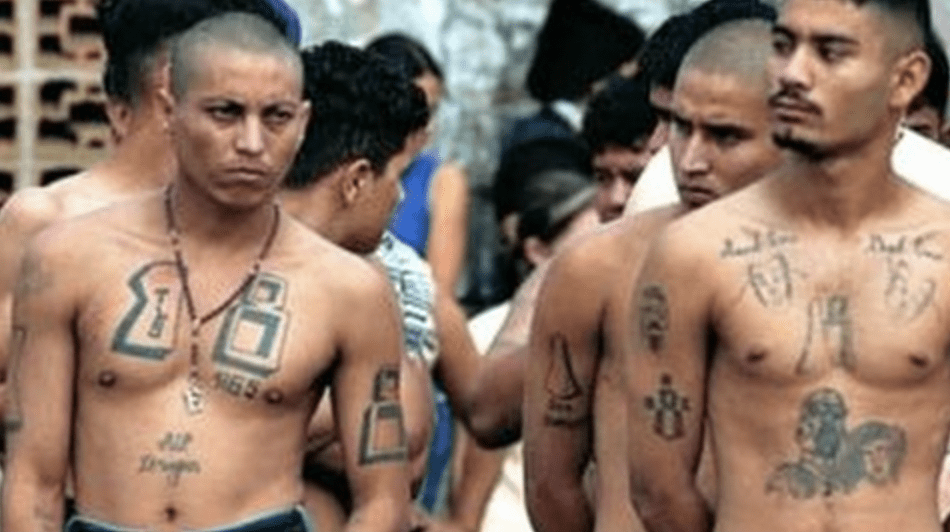 Coming up in Los Angeles during the 70s and 80s, Mara Salvatrucha (MS-13) is a ruthless criminal gang you don’t want to mess with. They first formed to protect Salvadorian immigrants from other gangs, but quickly turned their attention to crime and became a force to be reckoned with.

After the end of the Salvadoran Civil War in 1992, many gang members were deported to El Salvador, with the gang establishing a stronghold in South America. These days MS-13 is spread far and wide, although most of the gang is confined to South America.

The sad thing about MS-13 is that the majority of gang members are forced to join as young children. They are taken off the streets by the gang and strong-armed into joining. The initiation process involves a ritual where new members are beaten for 13 seconds. This is known as a beat-in.

Notoriously violent, reports have shown a 70% increase in crimes committed by the gang since 2015. The Mara Salvatrucha also control the main political party in El Salvador, giving them control of the country and its marijuana trade. 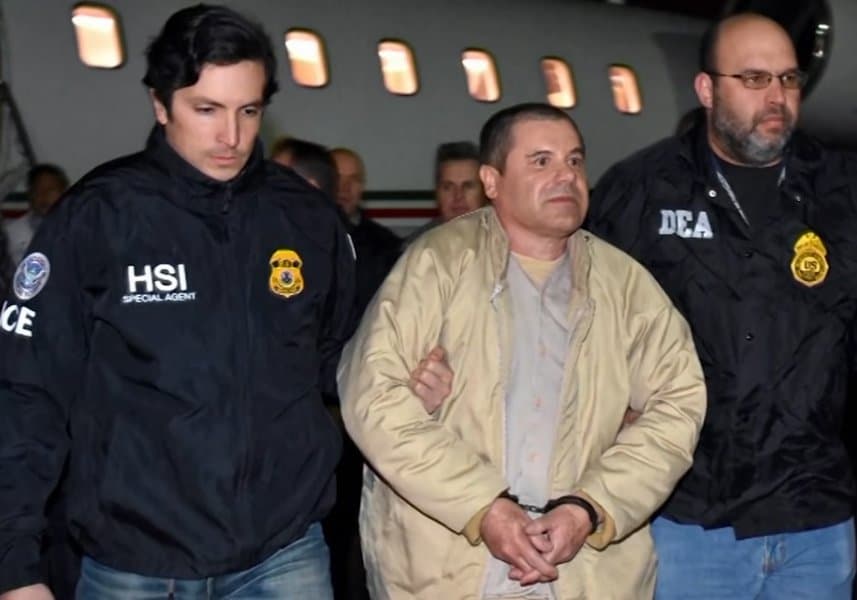 The Sinaloa Cartel has made international news in recent years after its long-time leader Joaquin Guzman Loera (El Chapo), escaped from prison. First arrested in 1993 and deported to Mexico to serve out his sentence, El Chapo escaped in 2001. He took back control of the cartel before being arrested again in 2014. Not deterred, El Chapo escaped once again before finally being caught in 2015 and extradited to America to serve out his sentence.

The gang is now run by Chapo’s sons and Ismael Zambada García and their organization continues to grow. The Sinaloa Cartel is recognized as one of the biggest drug trafficking organizations in the world. Fortune believes the cartel brings in around $3 billion dollars a year and has 60% of the US/Mexican drug trade, which is wild.

To keep things running smoothly the cartel is swift when handing out justice. They are known to film beheadings and leave the bodies of rival gang members mutilated in the streets as a warning to anyone who opposes them. 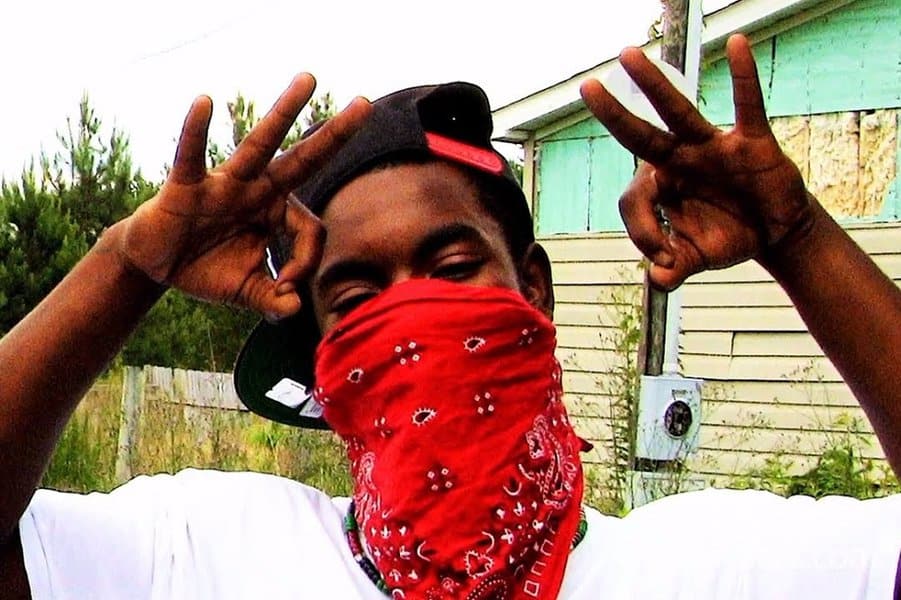 There are two main African American street gangs in Los Angeles, the Bloods and the Crips. The Bloods, which wear red, were formed when high school students  Sylvester Scott and Benson Owens were attacked by members of the Crips in the late 60s. The duo decided to make their own gang to protect others from the Crips, but they soon found themselves involved in other illegal activities.

Things came to a boiling point in 1972 when the Crips murdered a rival gang member. The smaller gangs agreed to put their differences aside and combine, resulting in the official formation of the Bloods. Still outnumbered by the Crips, the Bloods got more violent to assert their authority on the streets.

There is no leader of the Bloods, with the different sets ruled by members based on how long they have been in the gang. While the majority of Bloods reside on the West Coast, their operations spread across America. They are heavily into the drug trade and kill without hesitation. 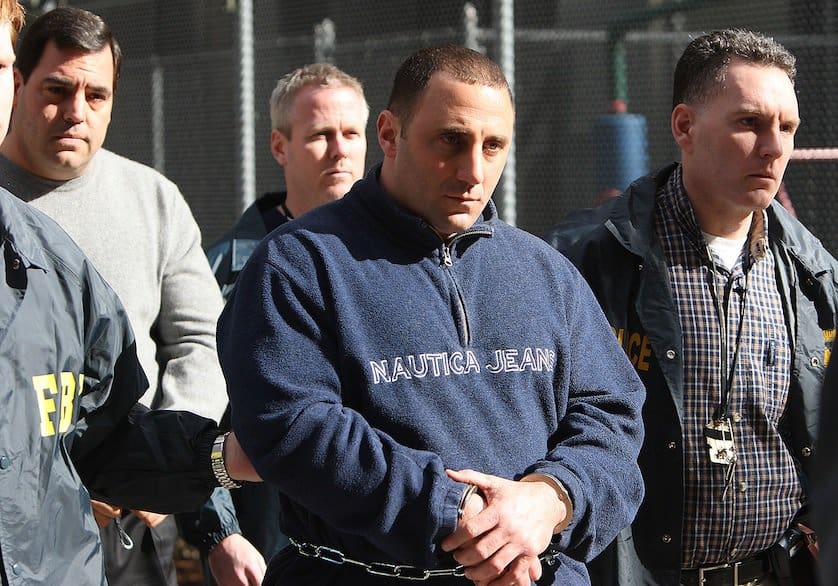 The largest Russian gang is a well-run business that Fortune claims earns around $8.5 billion in revenue per year. Started in the late 80s by Sergei Mikhailov, Solntsevskaya Bratva really exercised their power when the Soviet Union collapsed. They are believed to have ties with government officials and are protected by the Russian authorities, which is why their activities remain under the radar.

Solntsevskaya Bratva has its fingers in every pie, from drug trafficking and extortion to murder and human smuggling. They own many legitimate businesses where they launder their money and have a network that spreads across the world, although most of their criminal activities take place throughout Europe, including the United Kingdom. 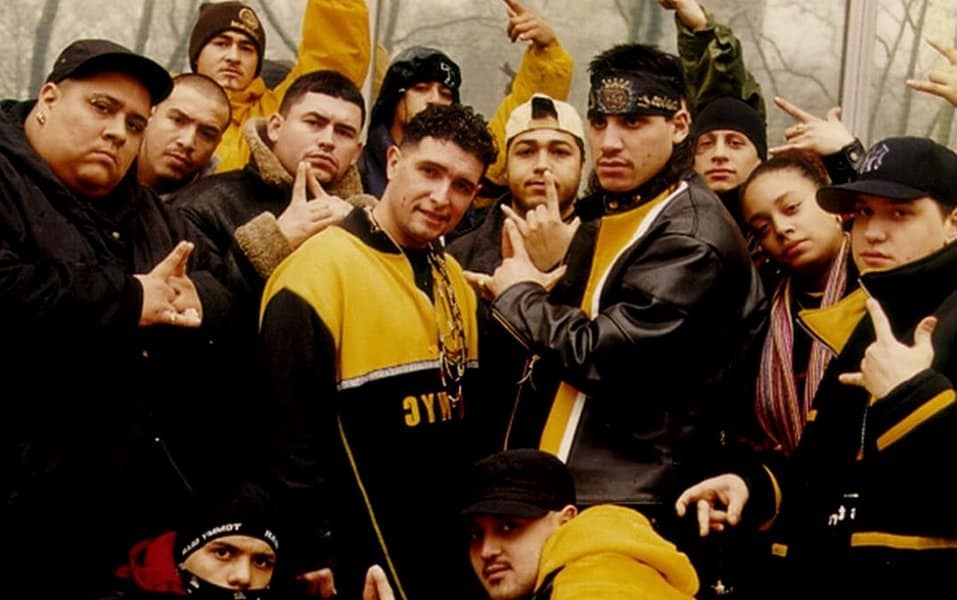 When you mention the 10 most dangerous gangs in the world, you can’t look past the Latin Kings. This Hispanic and Latino street gang are the biggest in the world. Founded by Puerto Ricans in Chicago, Illinois in 1954, the Latin Kings are now everywhere. First formed to protect Puerto Ricans from being attacked, the gang slowly evolved into a criminal empire. Drug trafficking is their main source of income, but they also dabble in murders, extortion, kidnapping, and robbery.

Highly organized with a clear hierarchical organizational structure and set of rules that all members must follow, the Latin Kings have their own Manifesto they adhere to. They are also extremely violent and have managed to acquire much of their power and influence by wiping other gangs out. If you stand in the way of the Latin Kings, don’t expect any mercy. 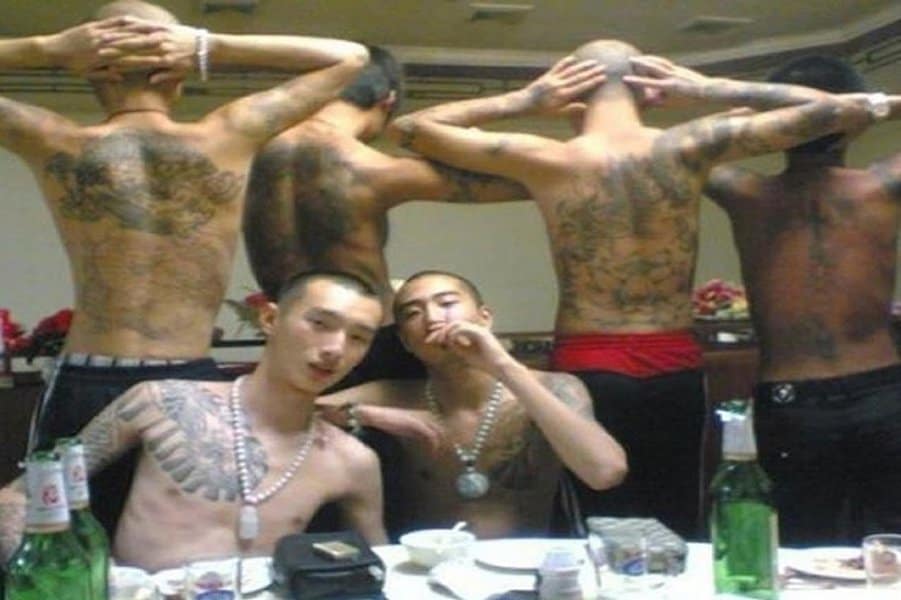 Sun Yee On is the largest Triad organization in the world. It has an estimated membership of between 30,000 – 60,000 worldwide. The violent group was started by Heung Chin way back in 1919. Counterfeiting and gambling were the main sources of income for Sun Yee On during the earlier years, but it wasn’t long before the group got involved in much worse criminal activity.

Prostitution, sex trafficking, people smuggling, narcotics, and extortion are all carried out by the Sun Yee On. While often involved in shootouts, the Tridas prefer to dispense punishment with meat cleavers, the Triad weapon of choice. In-fighting amongst members and skirmishes with other gangs are normal, with drive-by shootings and fire bombings common tactics. 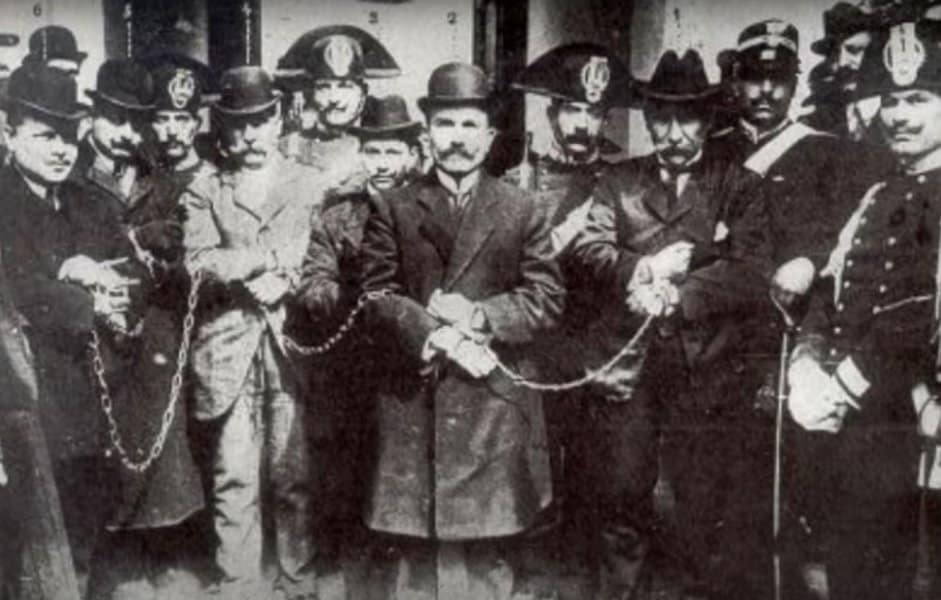 The La Cosa Nostra, otherwise known as the Sicilian Mafia, has been one of the world’s ruling criminal gangs for over 200 years. Initially located in Sicily, Italy, Cosa Nostra – which roughly translates to “our thing” – has spread across the world, particularly in North America.

As the movie The Godfather: Part II points out, many foreign travelers immigrated to the United States during the early 1900s. While most were hard-working citizens looking for another second chance, many were also members of the mafia who set up shop in large cities such as New York and Chicago.

Unlike many of the gangs on this list, the Cosa Nostra has a code of honor. Violence isn’t good for business, so they only resort to it when there is no other option. While this might be seen as weak, when they do fight back, the Cosa Nostra is brutal.

They have left a trail of dead bodies in their wake over the years, with the 1929 St. Valentine’s Day Massacre, organized by Al Capone, the most notable event. Almost 40 confirmed mafia hits have taken place over the past couple of years, demonstrating the Cosa Nostra’s thirst for bloodshed. 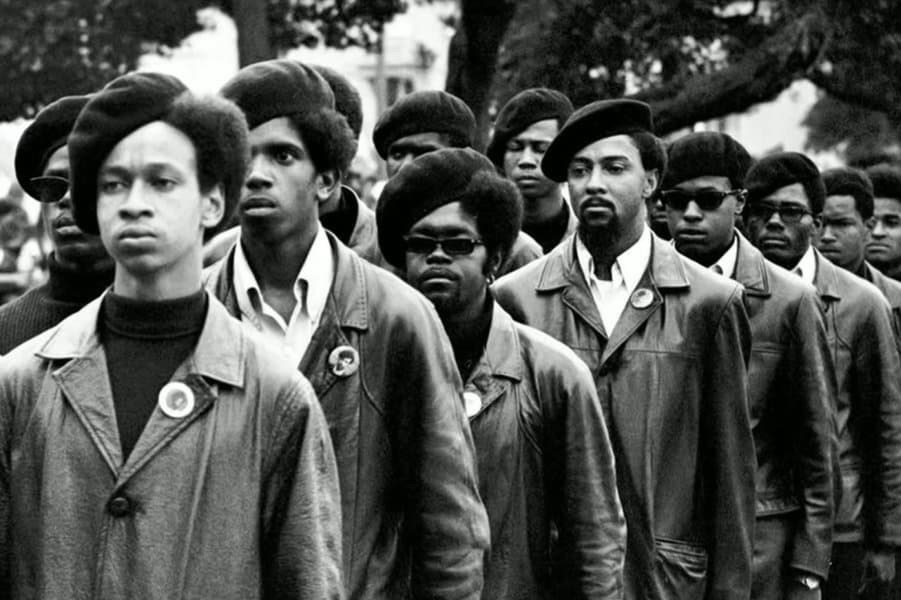 Started by Raymond Washington and Stanley “Tookie” Williams, the Crips (Community Revolution In Progress) are one of the largest gangs in America. Members engage in murders, robberies, assassinations, and drug dealing. An estimated 30,000 – 35,000 people are part of the gang who wear all blue to show their membership.

Similar to the Bloods, this gang is mainly made up of African American males in their teens or early 20s. They carry out acts of violence regularly and have a strong street presence in Los Angeles. There are believed to be over 800 Crips sets across the United States of America, with the gang reveling in violence. 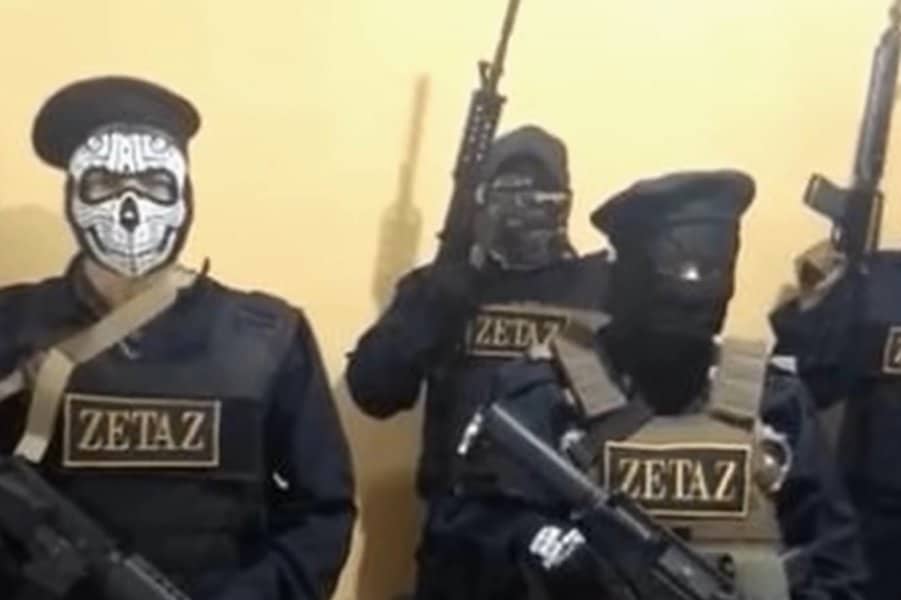 When it comes to the world’s most dangerous gangs, look no further than Los Zetas. This vicious Mexican organization takes pleasure in the violent acts they commit. Beheadings and torture are everyday occurrences for Los Zetas, who also have no guilt in killing innocent bystanders who get in their way.

They are the main rivals of the Cosa Nostra, who they compete with for the lucrative United States drug market. Founded by former members of the Mexican Army, Los Zetas has only been around for 25 odd years but their reach is scary. They are known to have many politicians in their back pockets, as well as the local police and even some American officials.

While drugs are their main income, Los Zetas also make money through sex trafficking, extortion rackets, kidnappings, and gun running. They are a nasty group of people who will slaughter a family in the morning and go to church in the evening. 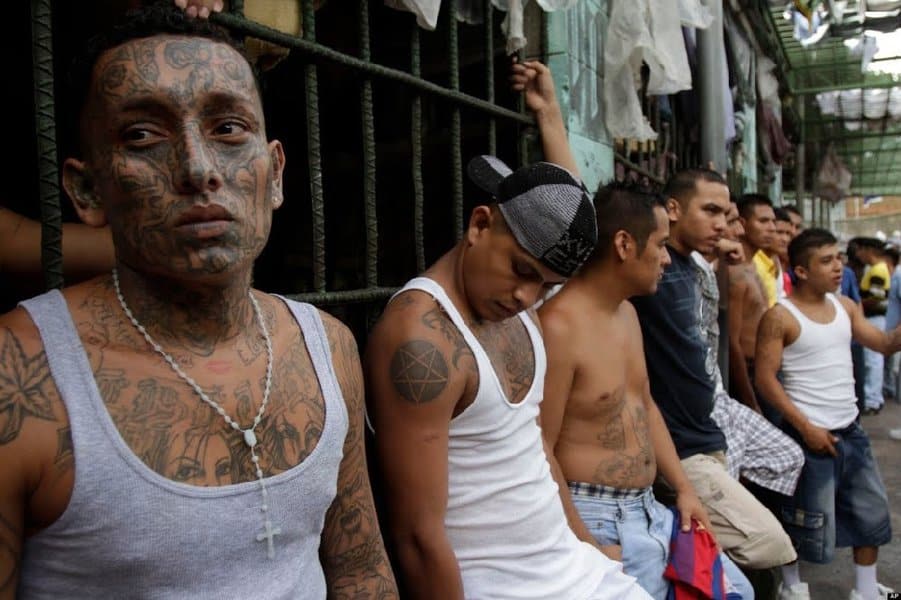 Unlike many Latin gangs where membership is strict, the 18th Street Gang is open to anyone with a Latin or Hispanic background. This helped the 18th Street Gang grow exponentially to where it is now one of the biggest and most dangerous gangs in the world. They count the Bloods, the Crips, and MS-13 as their most bitter enemies.

It’s believed that someone in the Los Angeles Country area is assaulted or robbed by an 18th Street Gang member every day. They also have a kill count three times higher than any other gang in the LA area, making them extremely dangerous. Many of the high-ranking members of the 18th Street Gang are in prison, where they run operations from behind bars.

Many members are sent back to Central America when caught, where they end up in prison gangs. Similar to Cosa Nostra, the 18th Street Gang has a strict set of guidelines they live by. That doesn’t stop them from murdering and touring their foes, with the gang big on kidnapping, extortion, prostitution, drug trafficking, and more.

They might not have the economic prowess of some of the other gangs on this list, but the Aryan Brotherhood is a dangerous gang you don’t want to mess with. These white supremacists are easily recognizable thanks to their tattoos that display Nazi symbols and hate speech. Like most gangs, they deal in drug trafficking, prostitution, and sanctioned murders.

Despite small numbers in the American prison system, the Aryan Brotherhood is responsible for more deaths than any other gang. They control many of the prisons throughout the States and are not to be messed with. They specialize in murder and have a hand in the drug trade behind bars. These days many of the members are not hardcore extremists. They often do business with Latin gangs, the mafia, and even the Hells Angels motorcycle gang. 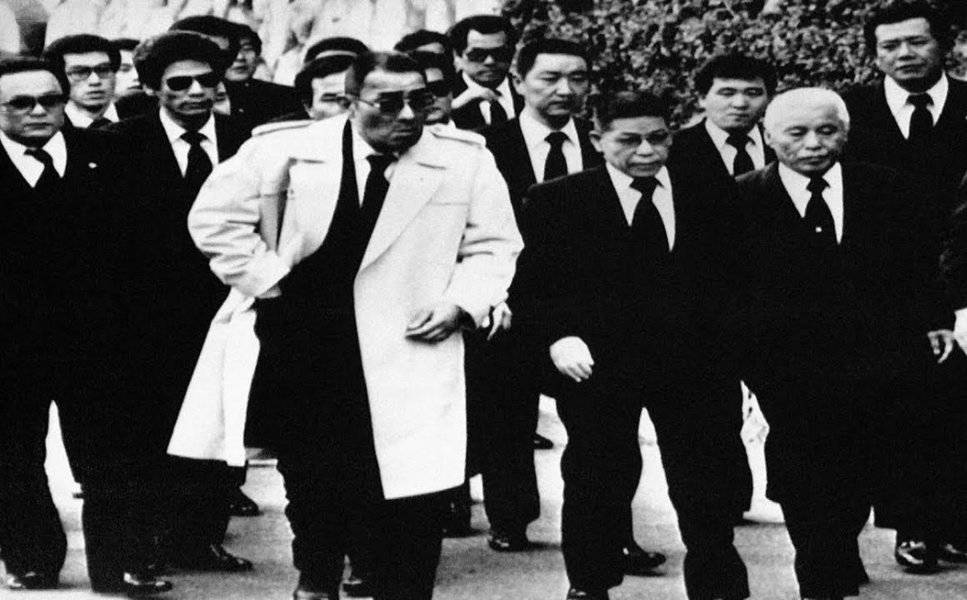 The largest Yakuza gang in Japan and the wealthiest in the world, there is no stopping the Yamaguchi-Gumi. The organization has been around for over 100 years, and while the number of members is low, with about 8,500, its reach is far and wide. Like most dangerous gangs, the Yamaguchi-Gumi is involved in many criminal pursuits, such as extortion, arms trafficking, drug trafficking, bribery, gambling, and the sex industry.

See more about - The 25 Best Gangster Movies Of All Time