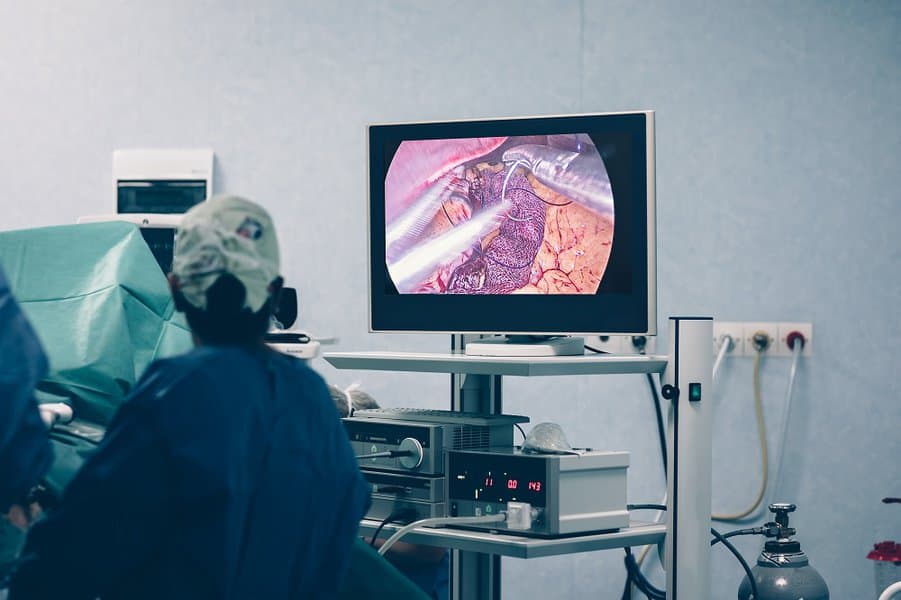 12 of the World’s Most Dangerous Surgeries

One of the key benefits of modern medicine is the ability to have surgery. Advancements in technology and medical science make it possible to repair injuries or ruptures. Surgery is beneficial in dealing with diseases or improving physical appearance and bodily functions. Going under the knife is a scary experience regardless of the surgeon’s training. With instrumental and manual techniques, surgeons can perform the most dangerous surgeries and complicated procedures that can save a patient’s life or result in wrongful death.

Surgeons can try everything in their power and still not save a life. While not every surgery is life-threatening, there’s always a risk. Emergency surgeries are often urgent and require immediate action while elective surgery is usually non-life threatening but requires action eventually. Complications often arrive from emergency surgeries regarding the heart, brain, spine, or intestine.

Cosmetic surgery is generally about changing or altering the physical appearance and is usually risk-free but can be life-threatening as well. The bottom line is all types of surgeries come with several risks and dangers, with 12 of the most dangerous discussed below.

12 of the World’s Most Dangerous Surgeries 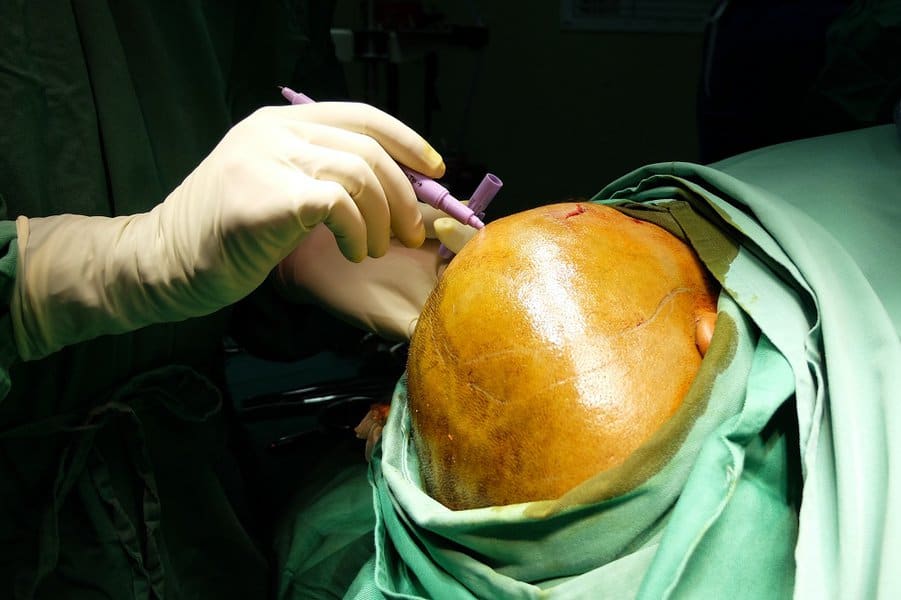 Surgeons often perform a craniectomy as an emergency surgery when a patient suffers a traumatic brain injury or stroke. Other times brain surgery is needed if there are blood clots or blockages in the brain arteries. The controversial surgery requires the surgeon to remove a piece of the skull to relieve brain swelling, pressure, and hemorrhaging.

Unsurprisingly, there are numerous risks involved with this life-saving surgery. Patients often suffer permanent brain damage or bleeding between the brain and scalp. It can also result in a brain infection, paralysis, or spine infection.

Furthermore, there are risks of meningitis or infected fluid in the brain. The surgery can also result in a vegetative state, coma, or even death. While it certainly saves lives, it’s one of the most dangerous surgeries to undertake. 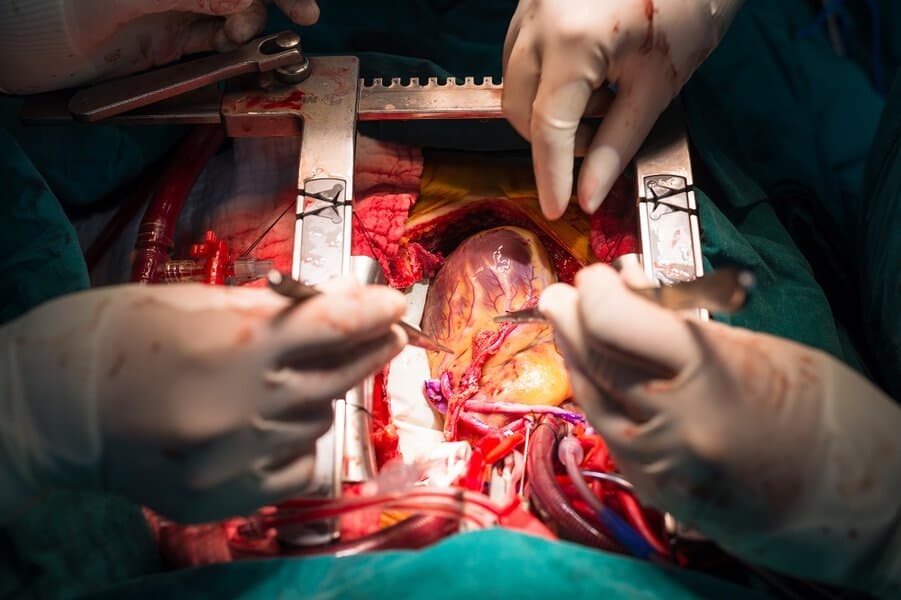 Coronary artery bypass surgery is one of the most common open heart surgeries. The surgical procedure treats a buildup of plaque in the heart’s arteries. Better known as coronary artery disease, the surgery increases life expectancy, eases chest pain, and slows the progression of the disease.

Open heart surgery requires the surgeon to make a significant cut in the chest to open the rib cage. During the surgical procedure, the surgeon takes healthy arteries or veins from other body parts to circumvent the narrowings in the heart arteries. Thus, it restores blood supply to the deprived area. Complications from the surgery include heart failure, stroke, renal dysfunction, and wound infections. 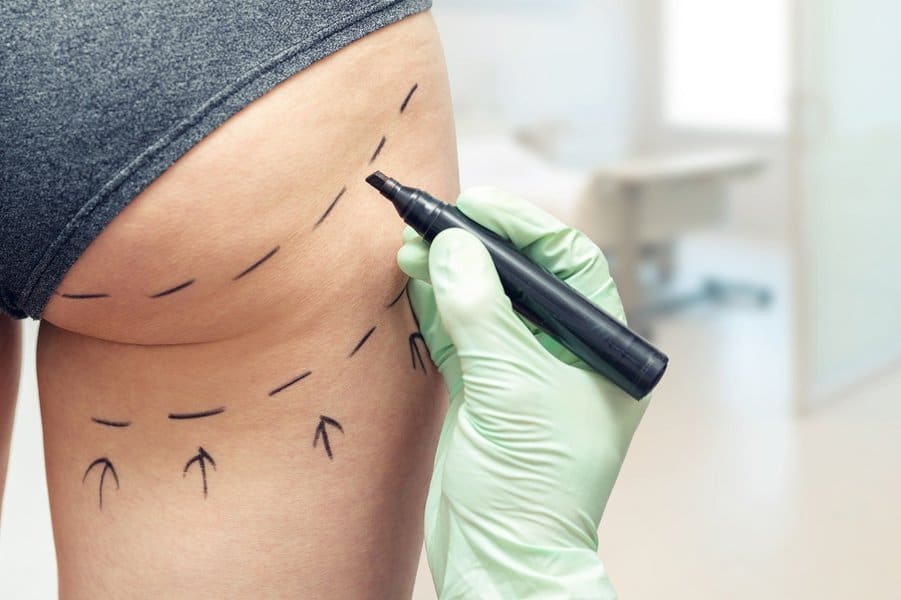 Most people choose plastic surgery for aesthetic reasons, such as enhancing or reducing body parts for cosmetic purposes. While patients decide to go under the knife for cosmetic surgery, it’s still a risky procedure with several dangers. Butt augmentation has become a popular procedure in the last few years. 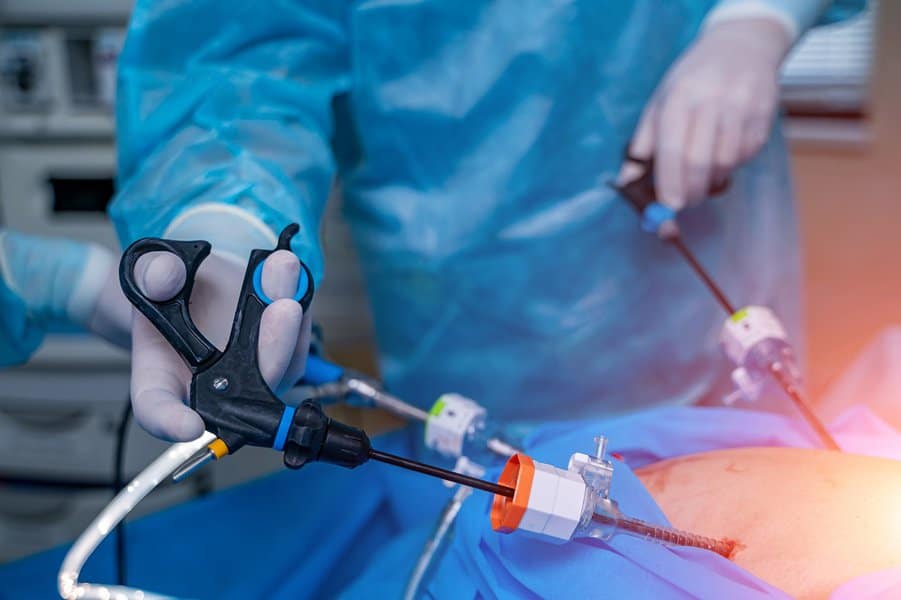 Similar to all the operations on this list, each surgery comes with several risks during and after the procedure. Several patients encounter a pulmonary embolism, metabolic bone disease, or dumping syndrome. There are also cases of nutritional deficiencies such as vitamin B12 and iron. While bariatric surgery helps mental health, the aftermath can cause further cognitive health problems. 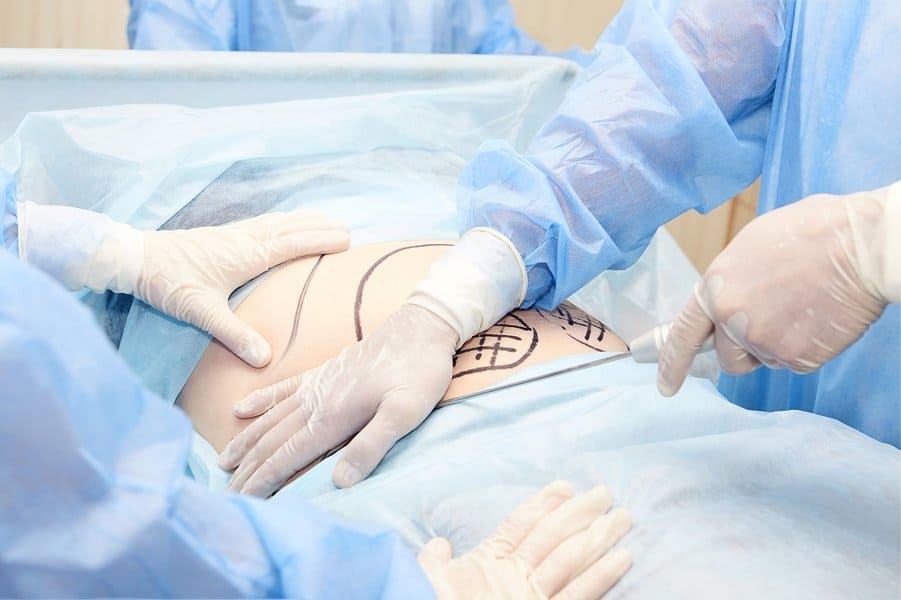 The tummy tuck is one of the most popular cosmetic surgeries. It involves removing excess fat and skin from the middle and lower abdomen. This makes the stomach tighter, thinner, and firmer. Depending on the procedure, a tummy tuck lasts up to five hours. Also known as Abdominoplasty, the health risks are severe and can be life-threatening. 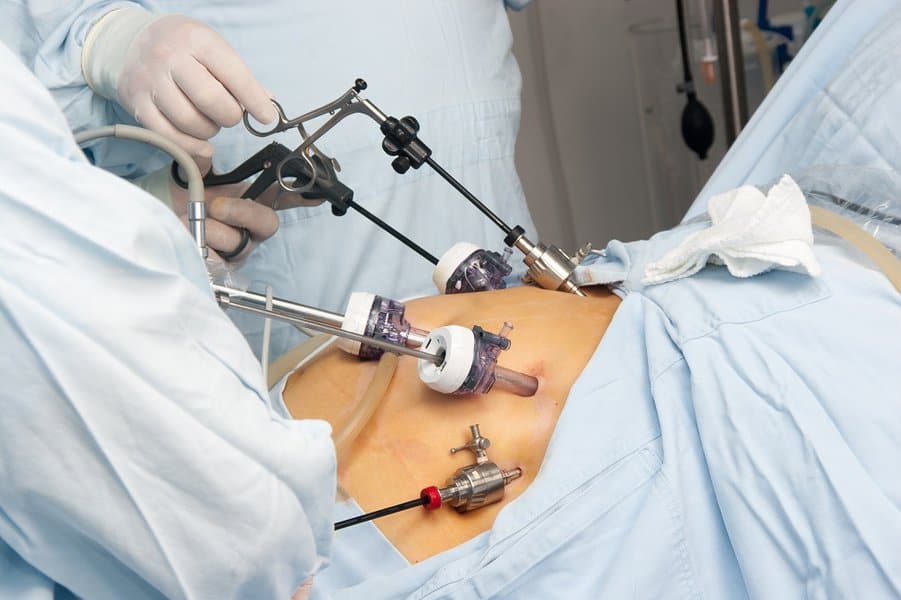 A form of bariatric surgery, gastric bypass surgery treats type 2 diabetes, sleep apnea, hypertension, and morbid obesity. The results are often positive, leading to a healthier and extended lifestyle. Of course, there are always risks when it comes to surgery in general.

See more about - Is It Illegal? 16 Things You Think Are Illegal But Actually Aren’t 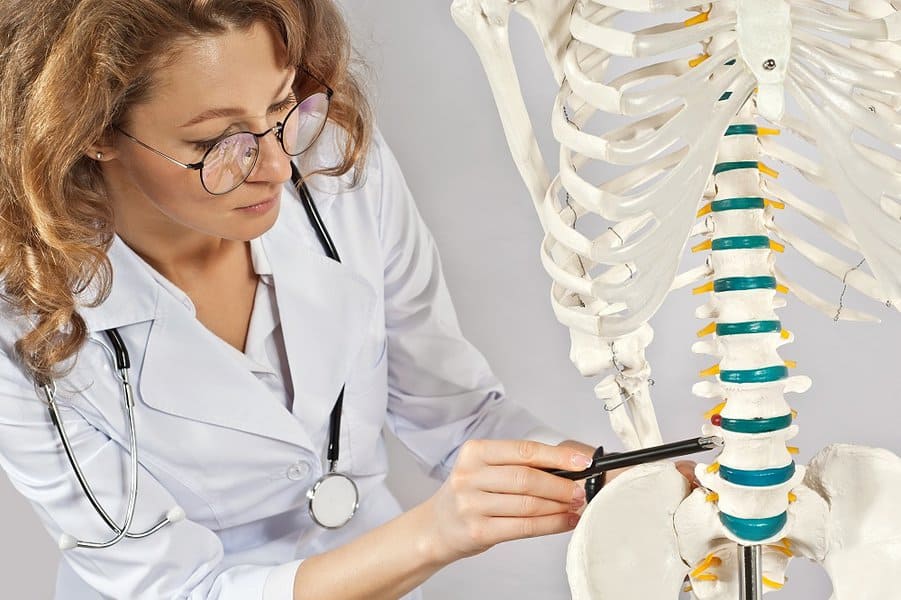 Osteomyelitis is an inflammation and disease of the bone and bone marrow. Hence, vertebral osteomyelitis is an infection focused on the spinal cord. It’s a rare disease in young children and adults with the severity of the pain being acute in some, while others suffer through chronic symptoms. The infection often attacks two vertebrae and the connecting intervertebral disk.

Symptoms include fevers, night sweats, and difficulty moving from sitting to standing. In this case, surgery is such a high risk that doctors tend to try other treatments first. Spinal surgery or spinal fusion is usually a last resort. It’s a risky procedure like any other surgery. However, the outcome for those that choose surgery is positive, while other treatments prolong the inevitable. 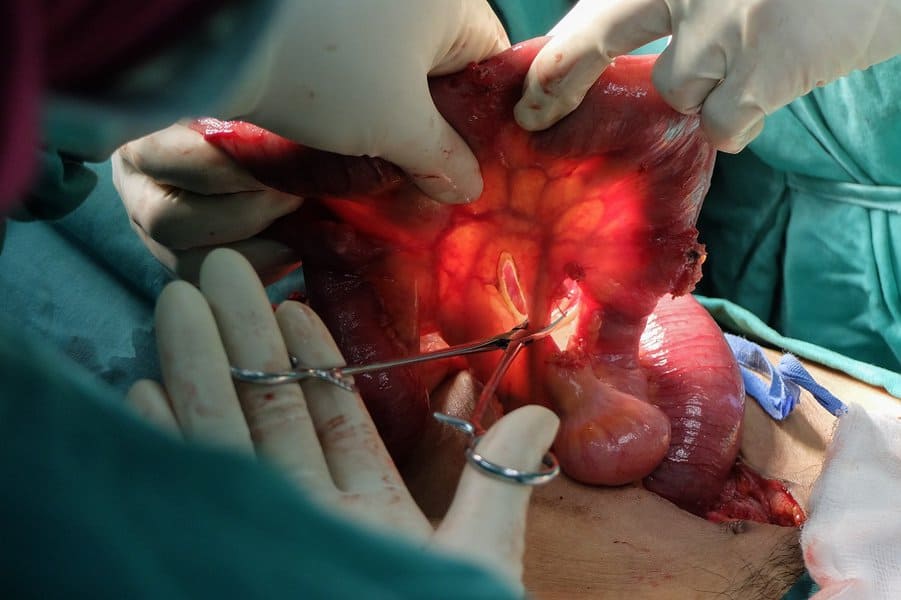 Small bowel resection is one of the most common emergency surgeries. The surgical procedure removes the diseased section of the intestine through two major surgeries. First, the removal of the small intestine is known as an enterectomy. On the other hand, a colectomy is the removal of the large intestine. Most patients require a bowel resection to treat GI cancer, a blockage in the intestine, or Meckel’s diverticulum.

The surgery can also help treat noncancerous tumors and inflammatory bowel disease. After the procedure, patients often suffer from the incision tearing open and intestinal bleeding. It can also result in an incisional hernia or intestinal blockages due to scar tissue buildup. In many cases, it’s a risky but necessary surgery. 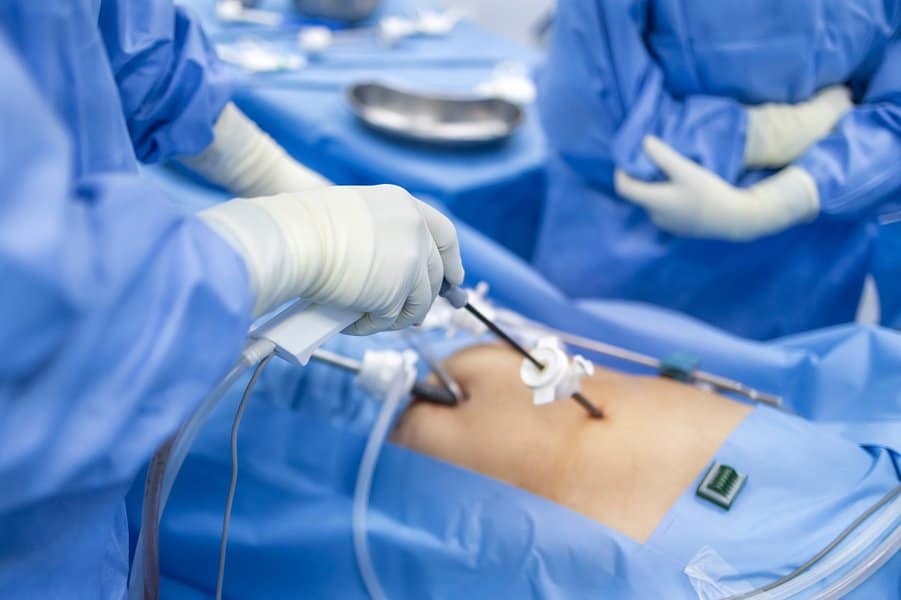 In addition to a biliary injury, patients can suffer damage to the intestines, liver, and blood vessels. Several issues can arise from the surgery, such as a hernia, wound infection, and biliary injury. Depending on the situation, patients have two options for surgery: the open surgical technique or laparoscopically. 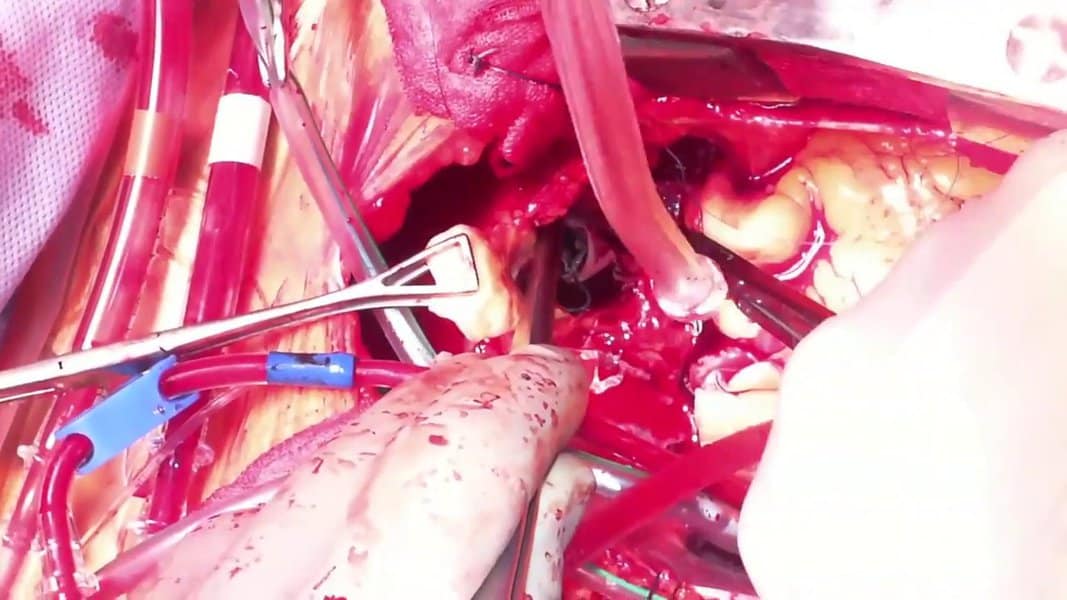 Surgery always involves risks, but they increase when it’s an open heart surgery. An aortic dissection is a severe injury to the innermost layer of the aorta. Symptoms include sweating, lightheadedness, and intense back or chest pain. Sometimes the blood supply decreases to other organs, causing a stroke.

Thoracic aortic dissection repair is required to ease pain and prevent death. The procedure is risky, increasing the chances of a stroke, but this type of emergency surgery is required to fix a damaged aorta and rebuild the blood vessel. 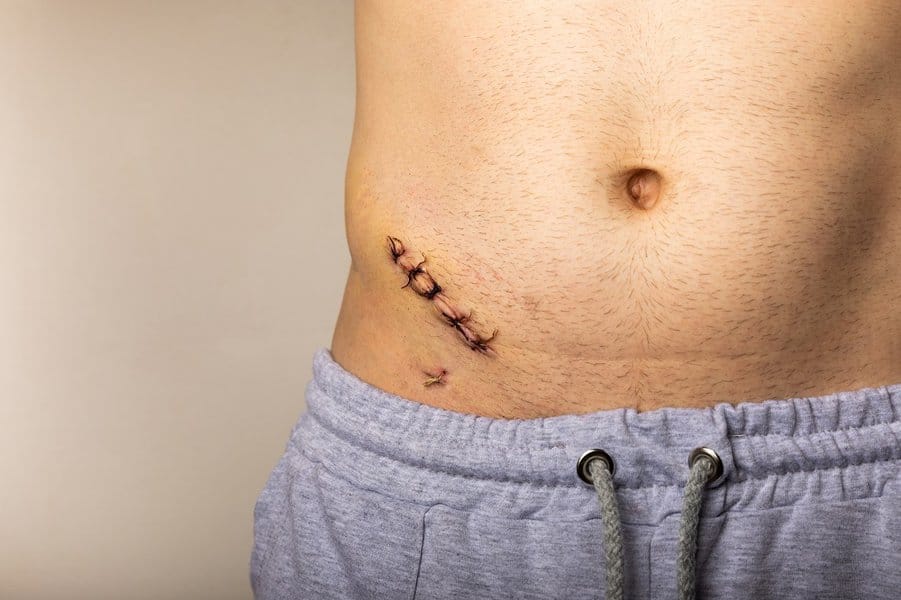 Appendicitis is an infection that often requires immediate removal of the appendix. The appendix is a small pouch connecting to the large intestine. Appendicitis requires emergency surgery or the appendix will burst. Patients often undergo an invasive laparoscopic appendectomy or an open surgery. The procedures are complex and can end in death.

Both surgeries may cause wound infection, bleeding, or abdominal pain. Additionally, patients often experience a fever, chills, vomiting, loss of appetite, trouble breathing, and problems with bowel movements. Doctors advise patients to call them if they experience any of those symptoms. 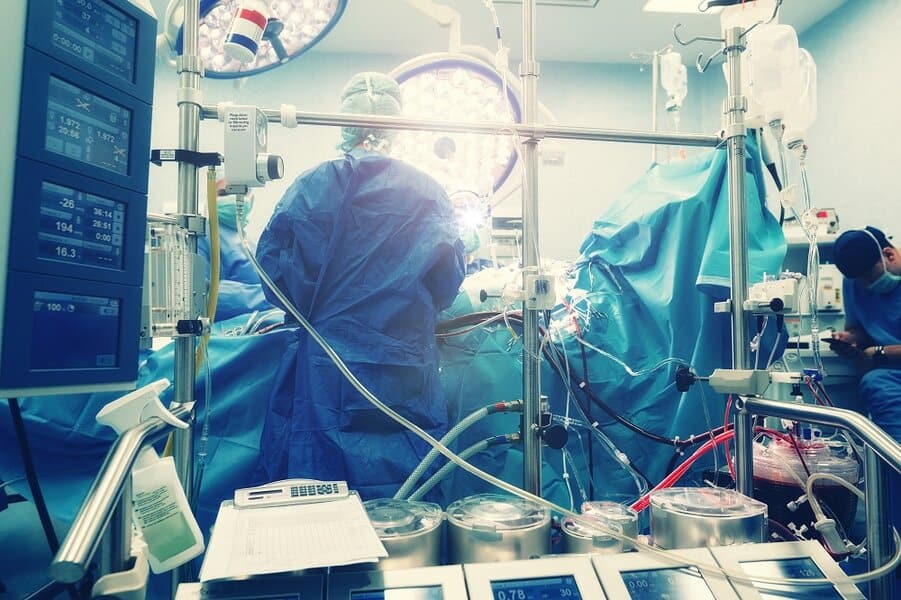 A cardiopulmonary bypass is a risky procedure that can end in death. Also known as CPB, the method involves a machine taking over the function of the lungs and heart during surgery. It supports the circulation of oxygen and blood throughout the body, so as you can imagine there are several risks involved with the procedure.

Surgeons will only use the machine during the surgery to avoid permanent damage. Also known as the heart-lung machine, other complications include acute respiratory distress syndrome, aortic dissection, and protamine reaction.