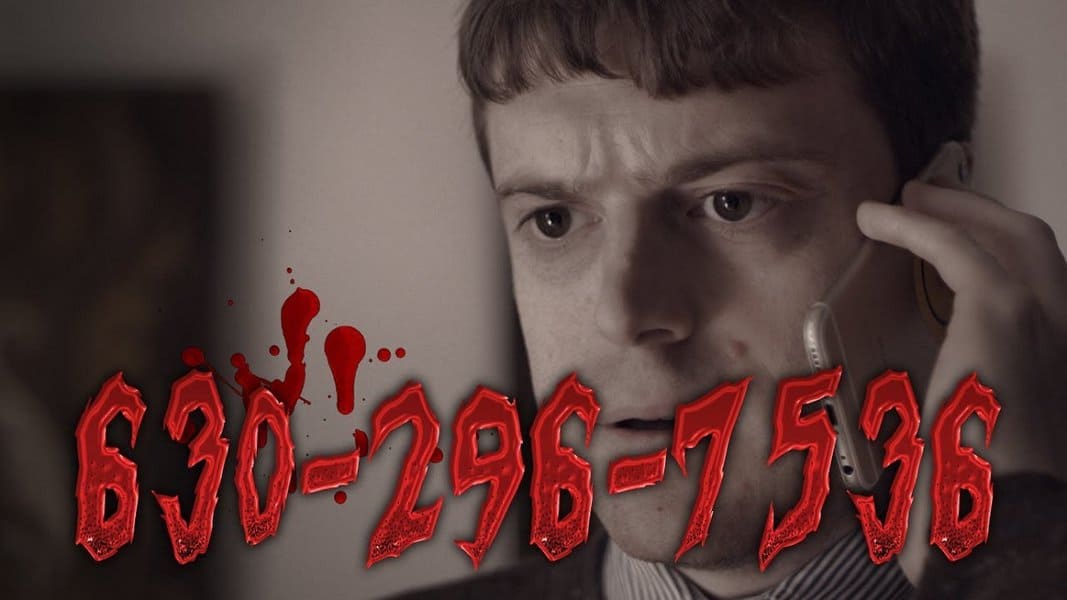 13 Scary Numbers To Call That Will Give You the Creeps

During the Halloween season, people have the sudden urge to scare themselves half to death. They watch the scariest, most frightening movies or go to horrifying haunted houses for fun. Another widespread phenomenon during Halloween is to phone supposed cursed numbers. These genuine scary numbers to call come with fascinating backstories and ominous messages.

In different parts of the world there are specific phone numbers the locals know never to answer. Many of these numbers carry a deadly curse that results in an instant or an eventual death. Additionally, creepy voicemails or strange sounds accompany these scary phone numbers. Here’s a look at 13 scary numbers to call that will give you the creeps.

13 Scary Numbers To Call That Will Give You the Creeps 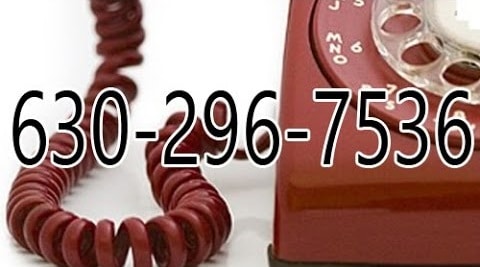 A few years ago on Reddit, users created a subreddit, No Sleep, which featured users sharing scary stories. However, nothing compared to the horrifying tale of Boothworld Industries. In the story, a representative from Boothworld Industries phones a man waiting for a plumber. The representative confirms an appointment for remodeling with the man, but it’s a different kind of remodeling. It turns out to be an organization that carries out murders.

If that wasn’t scary enough, the phone number, 630-296-7536, is absolutely real. Anyone that calls will hear the same message from a representative who promises to call back to set up an appointment for remodeling. Once in a while, the representative actually calls back. 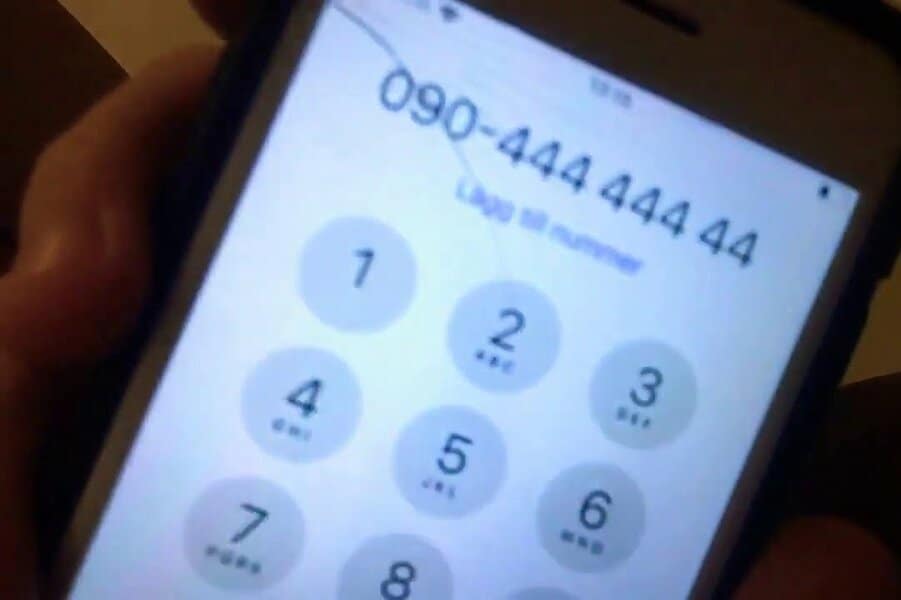 Like the plot of the classic horror The Ring, receiving a call from Sadoko’s number results in a deadly outcome. In Japanese folklore, the phone number 090-4444-4444 carries a dreadful curse similar to The Ring’s plot. Possibly set up to promote The Ring, anyone that calls the number hears a series of weird noises. Their death follows one week later from a freak mishap. 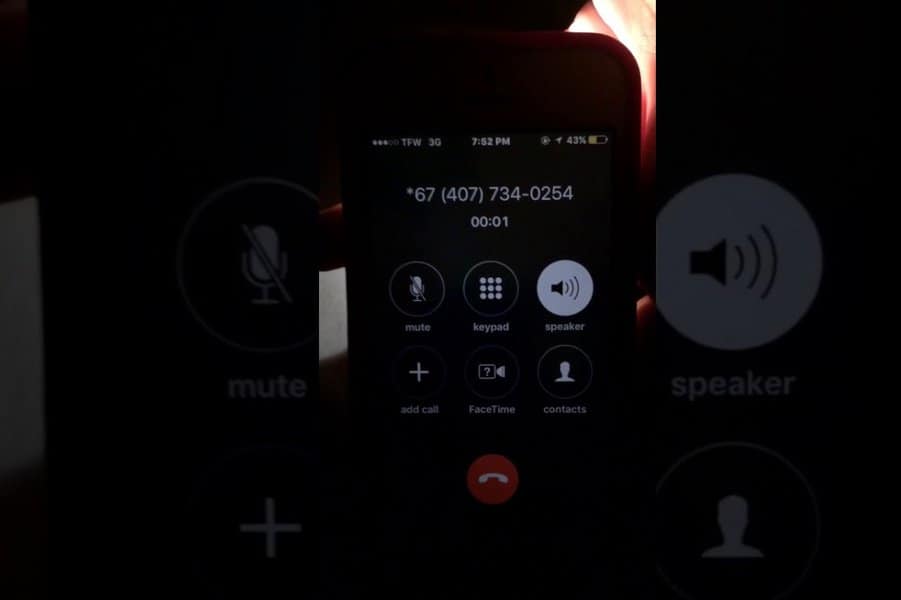 Believe nothing you hear about the disturbing Wrinkles the Clown according to a Washington Post article. Wrinkles the Clown emerged on Youtube in 2010, scaring misbehaving children. He’s a 65-year-old retiree from Florida that decided to rent out his ability to scare kids to parents that wanted to teach their bad children a lesson. His phone number, 407-734-0254 has a message that’s as scary as Wrinkles himself. As it turns out, everything about Wrinkles in the article was a lie.

A 2019 documentary, Wrinkles the Clown, revealed the real Wrinkles hired the man to portray him in the article. The real Wrinkless is a performance artist, although his identity is still a mystery. While everything about Wrinkles is a lie, the phone number is authentic and terrifying. 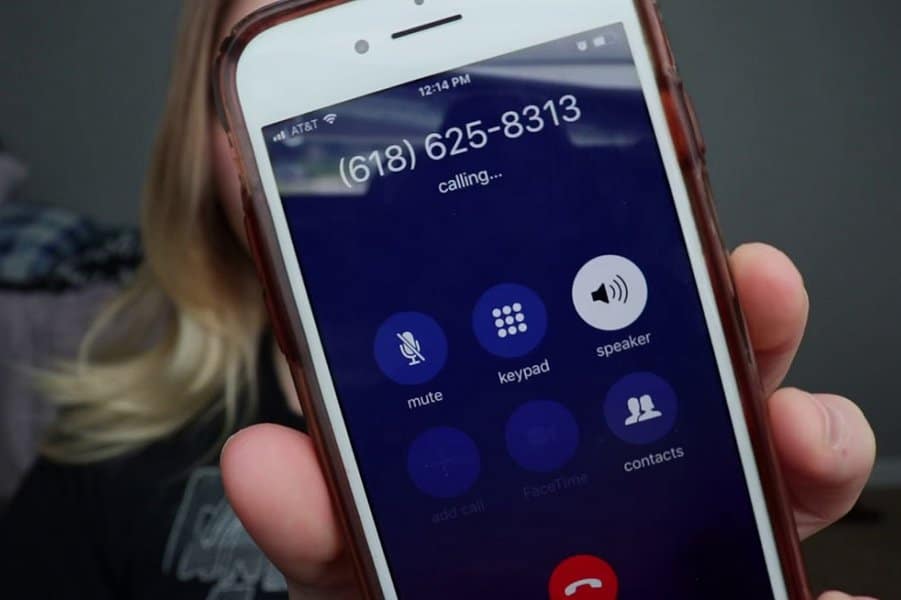 Stranger Things fans learned to pay close attention to every little hint the series dropped in the lead-up to season four. For instance, fans could call the phone number of conspiracy theorist and martial artist Murray Bauman (portrayed by Brett Gelman).

In fact, the number the production released, 618-625-8313, is his actual phone number in the series. No longer in service, it wasn’t as terrifying as other messages but dropped vital hints for the series’ fear-inducing fourth season. 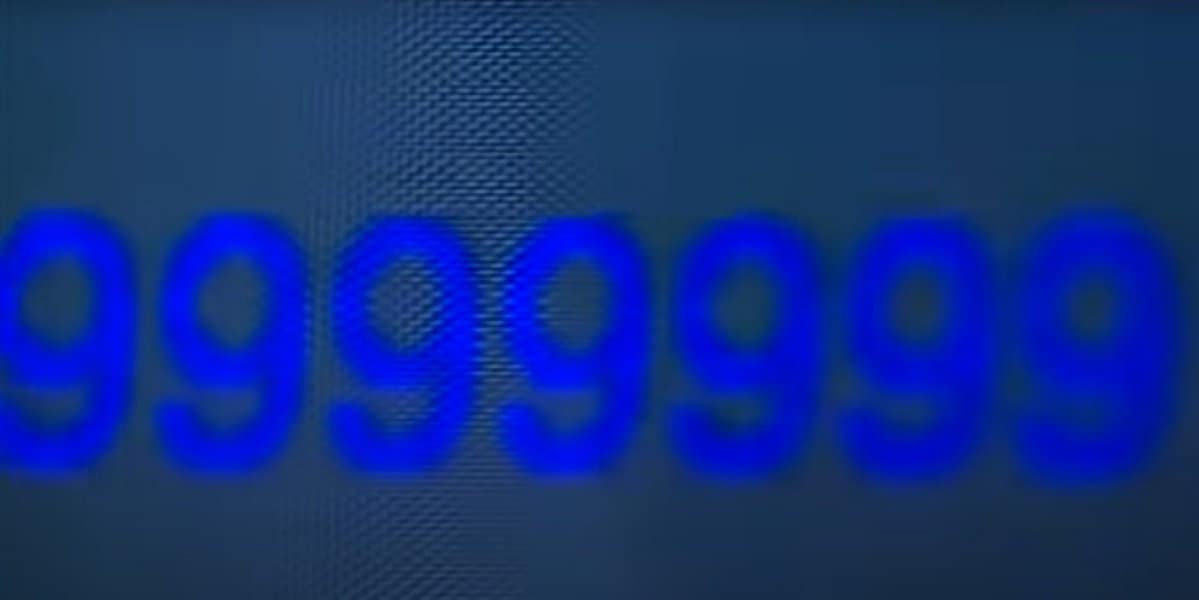 Calling the cursed number 999-9999 has dire consequences. According to folklore in Thailand, the number is a curse that disguises itself as a blessing. The number grants the caller one wish, which sounds like a great deal. Unfortunately, nothing is as it seems. Once the wish comes true, the caller’s luck starts to run out, and they eventually die. 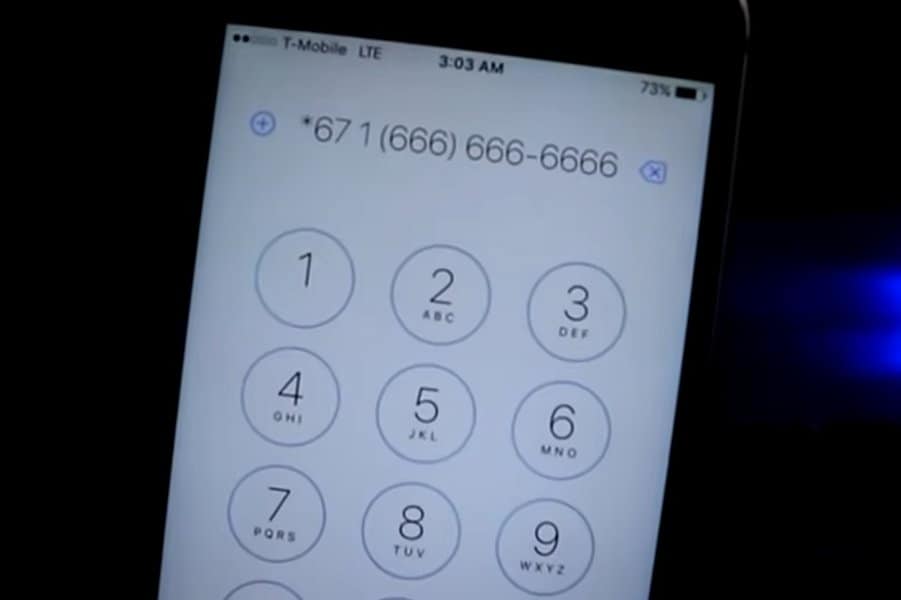 Often associated with the Devil, phone numbers involving the number 6 are terrifying. According to urban legends, seeing the phone number 1-666-666-6666 in your caller ID means you are getting a call from the Devil himself. Anyone that answers will regret it. If that wasn’t scary enough, the number doesn’t appear on the phone bill either.

As one story goes, a group of friends went for a drive when one got a call from the Devil’s number. They wisely chose not to answer, but the caller left an eerie and unsettling message that caused many sleepless nights. 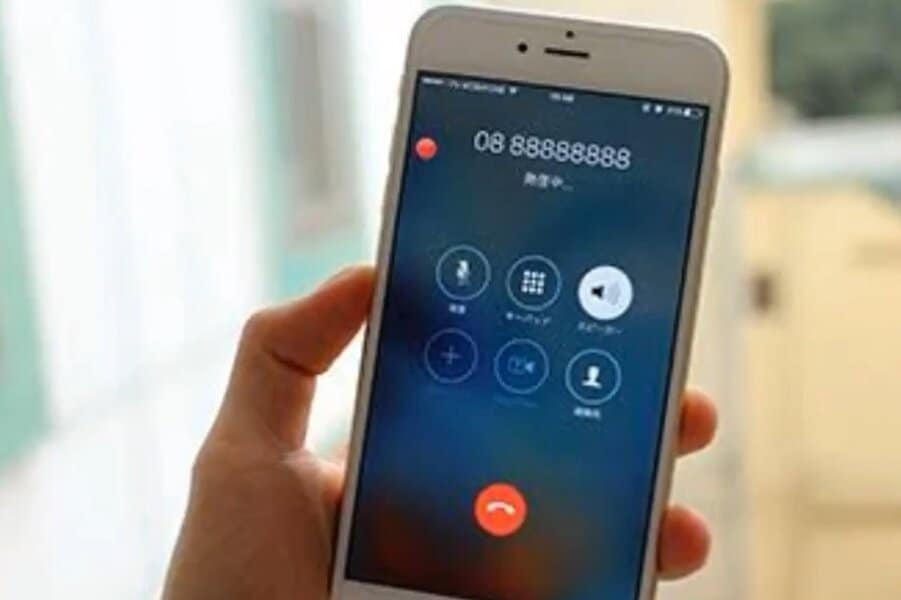 In a gripping tale of horror, a Bulgarian mobile phone company, Mobitel, issued the supposed cursed number 0888-888-8888 for the first time in the early 2000s. The first owner, CEO Vladimir Grashnov, died from an aggressive form of cancer roughly one year after getting the number. Bulgarian mobster Konstantin Dimitrov took over the number at the peak of his success. Shortly after gaining the new number, an assailant gunned down Dimitrov in the streets.

The final owner of the number was a real estate agent and drug trafficker, Konstantin Dishliev. Dishliev met a similar fate as Dimitrov when he was gunned down leaving an Indian restaurant. After the third death, nobody in Bulgaria wanted the number, so Mobitel suspended the cursed number forever. 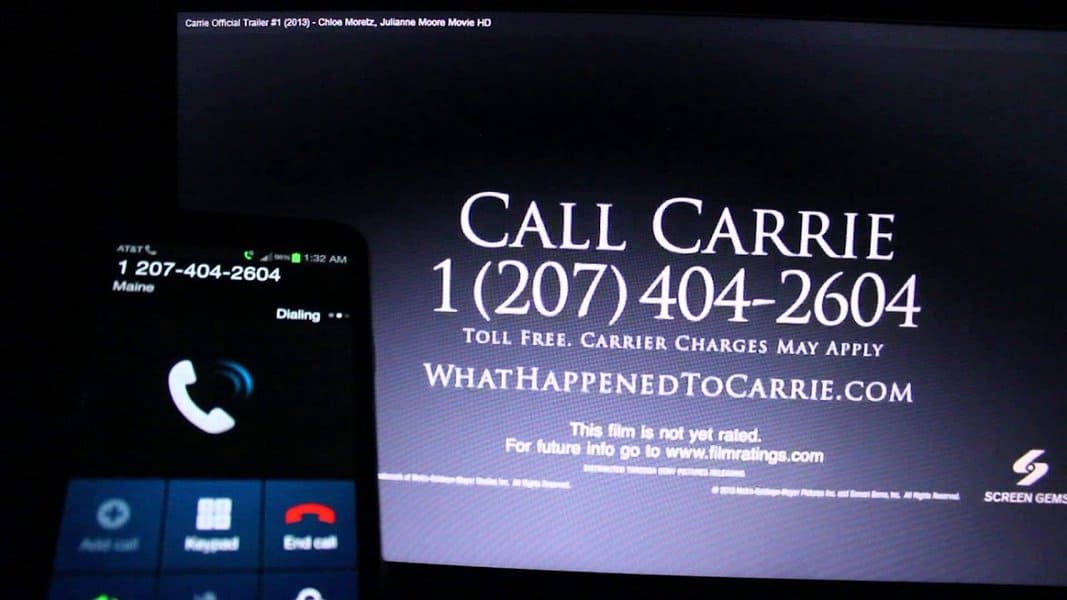 Based on the novel by Stephen King, Carrie is a remake of the 1976 classic horror movie of the same name. Part of the promotion for the movie included a terrifying phone number 1(207)404-2604.

Also called the “Call Carrie” campaign, the number flashed at the end of the trailer urging the viewer to call. Once you called, it would call back thrice with a horrifying message featuring blood-curdling screaming, eerie singing, and unsettling whispering. The number is no longer in service. 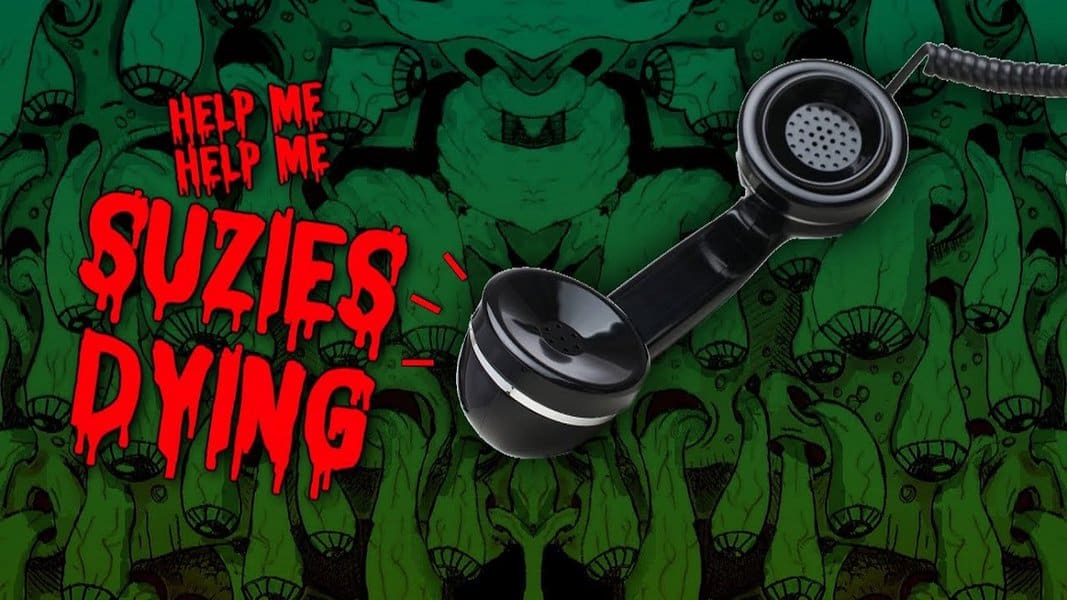 In the 1970s, an urban legend spread across parts of the U.K. Many adults claim that as children, they phoned a mysterious number with an eerie voice on the other end asking for help. According to legend, when dialing a specific number from a payphone, a spooky woman would answer by repeating the phrase, “Help me. Help me. Susie’s dying.”

Furthermore, the woman seemed uninterested and spoke in a monotone voice. The number remains a mystery, but most people remember it included some combination of 0s, 1s, and 2s. The identity remains a mystery to everyone. Some theories suggest it was an early form of a computer program run by the government. 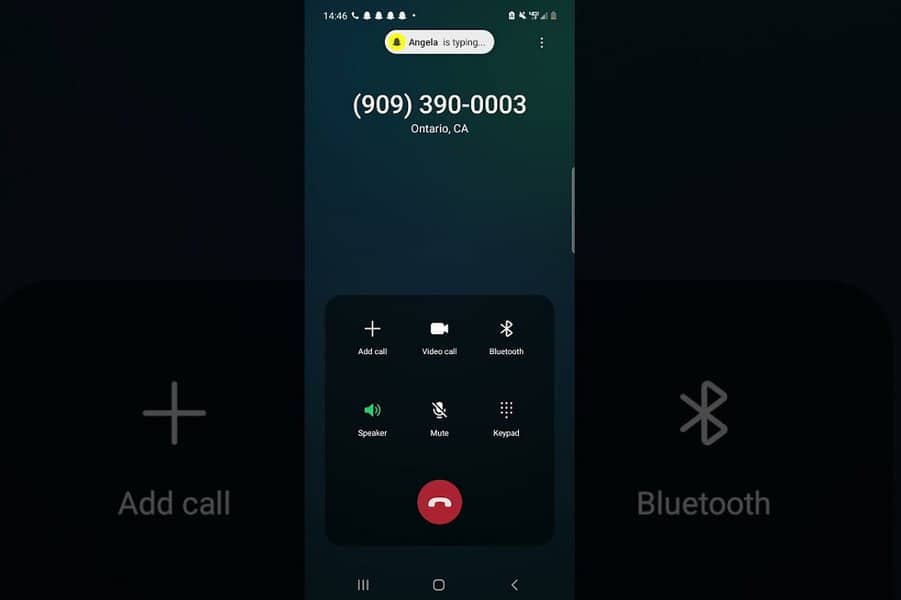 In Japan, there’s an urban legend known as doppelganger numbers. According to the legend, calling this number allows you to speak with your doppelgänger. If you are lucky, it’ll simply be an uneasy phone call. If you are unlucky, you’ll face a deadly curse.

The urban legend spread to North America with the phone number 909-390-003. However, most people believe it’s simply to test the audio. Often it records your own voice and plays it back in real-time. On the other hand, it could be your exact double. 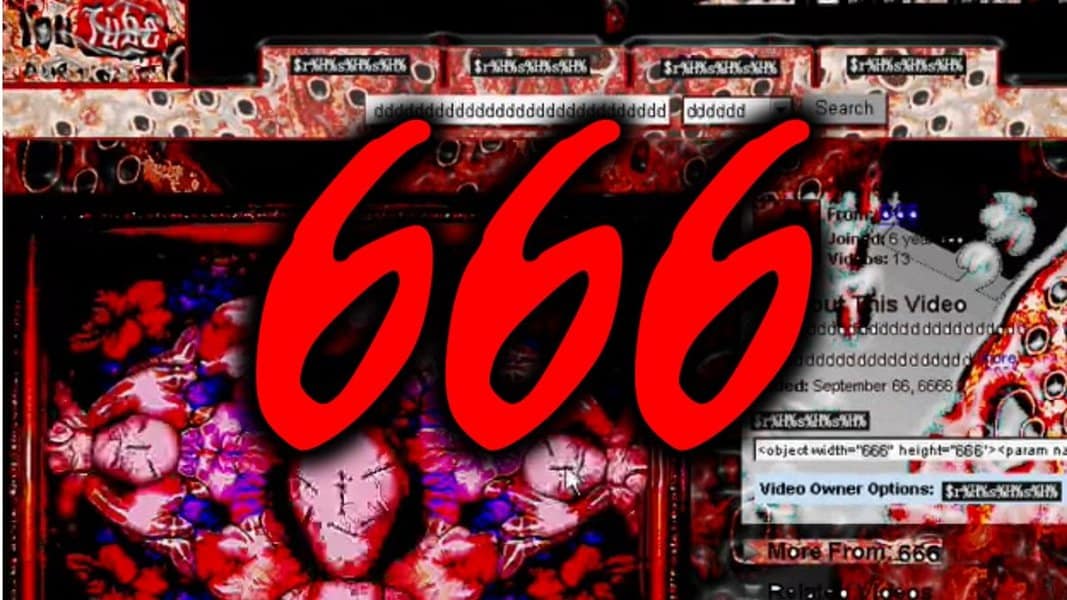 In religious texts, the number 666 has a connection with evil demons. In the Bible, 666 is the number of the Beast. The First Beast is an evil creature that rises out of the sea. According to urban legends, kids in the U.S. believe 666 is Satan’s direct phone number. Some callers claim they heard satanic sounds, while others believe they heard unnerving music. 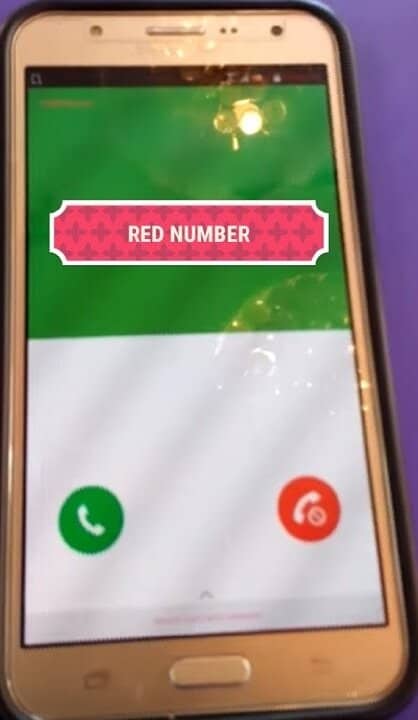 Cultures all over the world have different beliefs. However, everyone agrees that red phone numbers are bad. According to legend in Pakistan, never answer a phone number that shows up in the caller ID as red.

Reports indicate that hundreds of people have died over the years from red numbers. Also known as Death Calls, anyone that picks up will hear a high pitch frequency that’ll cause a deadly brain hemorrhage resulting in immediate death. 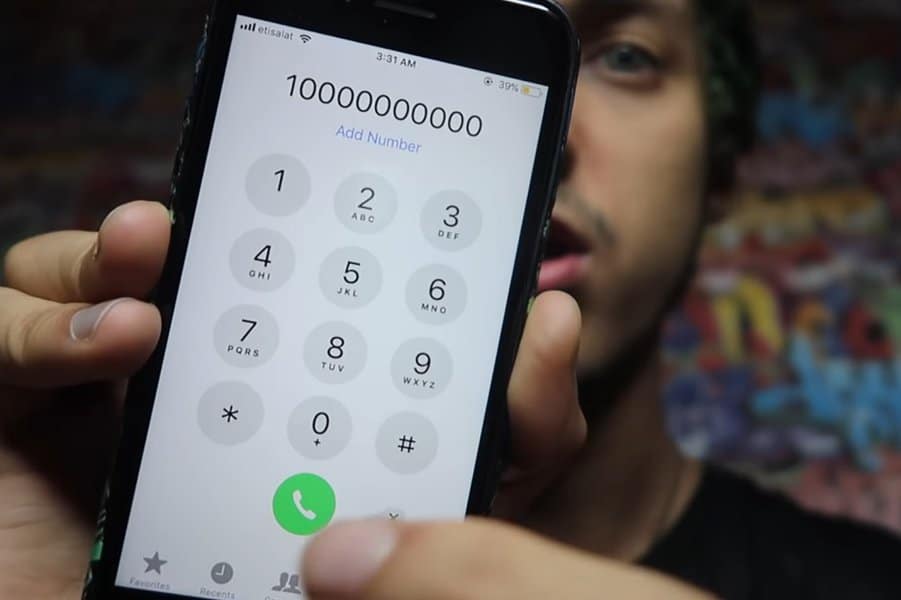 Be warned that calling 1-000-000-0000 will result in ungodly consequences and one really annoying task. In parts of Asia, they believe the number is cursed. According to folklore, a creepy man answers the call informing the caller they’re now cursed. Like an annoying email chain, the man tells the caller they must call 15 or more people to lift the curse.