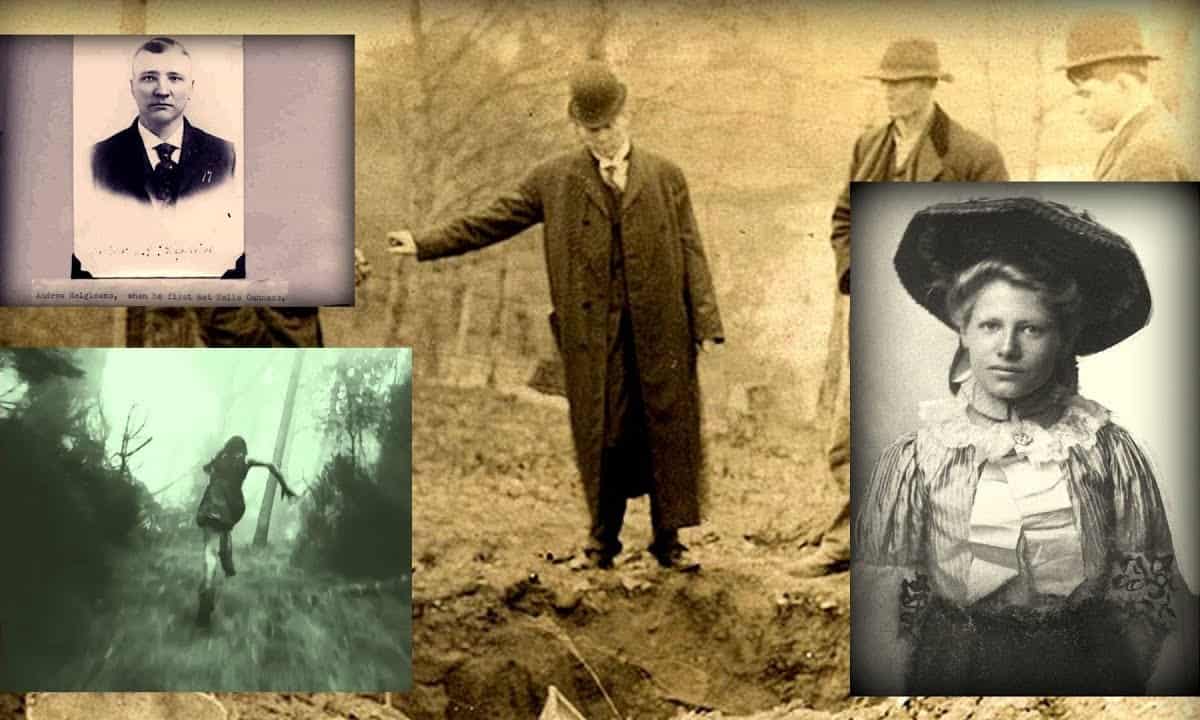 12 Serial Killers That Were Never Caught

The genre of true crime has never been more popular. First coming to the fore in the 80s, the genre has hit its peak this past decade. There are over 2,800 true crime podcasts available to download. TV series and documentaries delving into many horrific crimes are being released weekly. True crime books are also selling at an incredible rate. As The Everyday reported, “more than 1.6 million print copies of true-crime books were sold in 2018, compared to 976,000 copies in 2016.” Many of these true crime properties focus on serial killers that were never caught.

People are fascinated by the depravity of serial killer’s crimes. There is something that connects with our primal fears that scare us stiff but still make us want to know more. This hits even harder when it involves a serial killer that has more been caught. There is always the chance they might strike again and resume their killing spree. From the Alphabet Killer to the Zodiac Killer, here are 12 of the most frightening serial killers that were never caught. 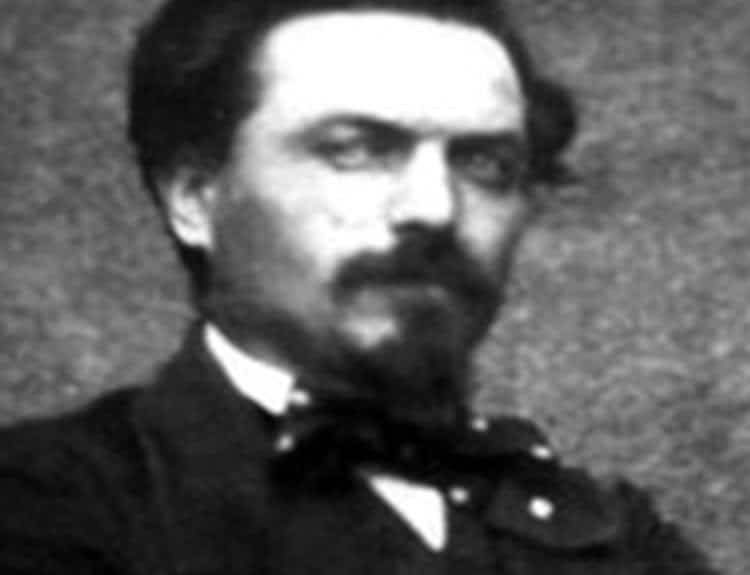 Of all the serial killers that were never caught, Jack the Ripper is one of the most famous. His killing spree is regarded as the one that kicked off the serial killer trend. He terrorized the East End of London in 1888 and killed at least five prostitutes. The killer cut each victim’s throat and often mutilated them, with three women having their organs surgically removed. This led to the theory that Jack the Ripper, a name given to him by the media, may have been in the medical profession.

Jack the Ripper is to have sent numerous letters to Scotland Yard boasting about his crimes. One of the most famous, the ‘From Hell’ letter, came with a human kidney to prove Jack the Ripper was the actual murderer. These killings sent the media into a frenzy and the crimes became well-publicized as fear amongst Londoners went into overdrive. Despite the hype surrounding the case, police were unable to find the killer. Since then there have been hundreds of theories surrounding the killings and who did them, with the legend of Jack the Ripper continuing to this day in books, movies, and TV series. 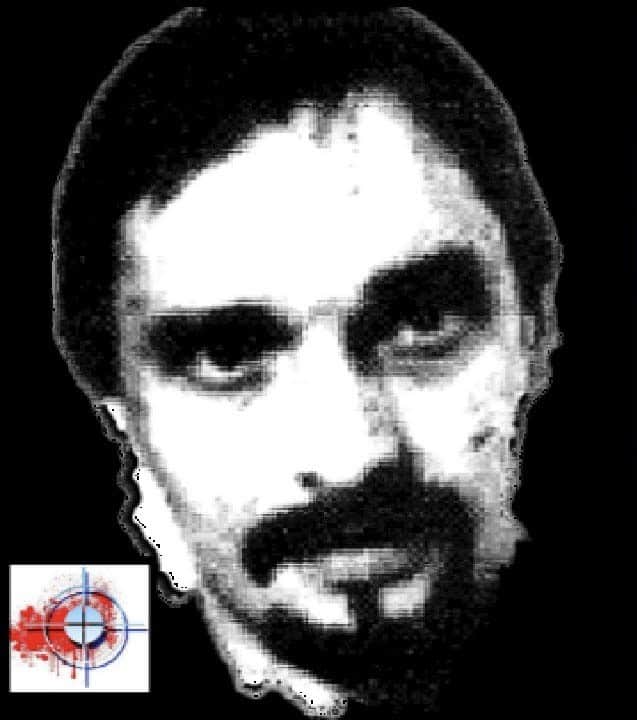 The 70s was a haven for serial killers and many scary individuals committed unsolved crimes during this decade. One of these was the murderer of three young girls in Rochester, New York. Each victim was aged 10-11 and had been sexually assaulted before being strangled to death. The name Alphabet Killer stuck due to the names of the victims. Carmen Colon, Wanda Walkowicz, and Michelle Maenza all had names where both their first and last names started with the same letter.

There have been many theories about the Alphabet murders. Despite all three victims being linked, the police believed Carmen Colon may have been killed by someone else, with her uncle Miguel Colon the prime suspect. He had no alibi and ended up fleeing the country and returning to Puerto Rico. Despite this show of guilt, there wasn’t enough evidence to convict him. As for the other two murders, three prime suspects were considered, including the ‘Garage Rapist’ who committed suicide after being cornered by police, but all three were proven innocent of the crime after DNA tests. 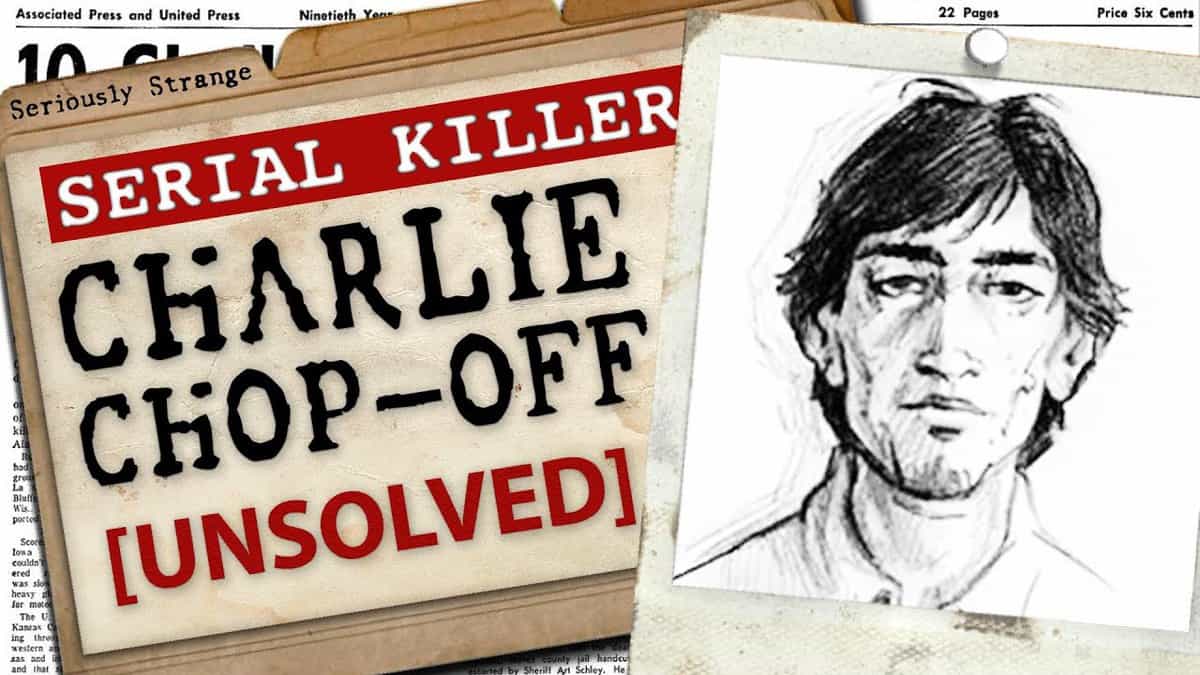 This was the name given to a child killer in the early 70s. The unidentified serial killer was responsible for the murder of three African American children and one Puerto Rican child in Manhatten. All of the victims were young boys who had their private parts mutilated. This disturbing string of killings created lots of fear around the community and had many people worried that their child would be next.

Erno Soto was the prime suspect in this series of murders. The mentally challenged Soto was arrested for the failed abduction of a child around the time of the murders. Although there wasn’t enough evidence to charge him, no more killings occurred after his arrest, with police fairly certain he was the man responsible. 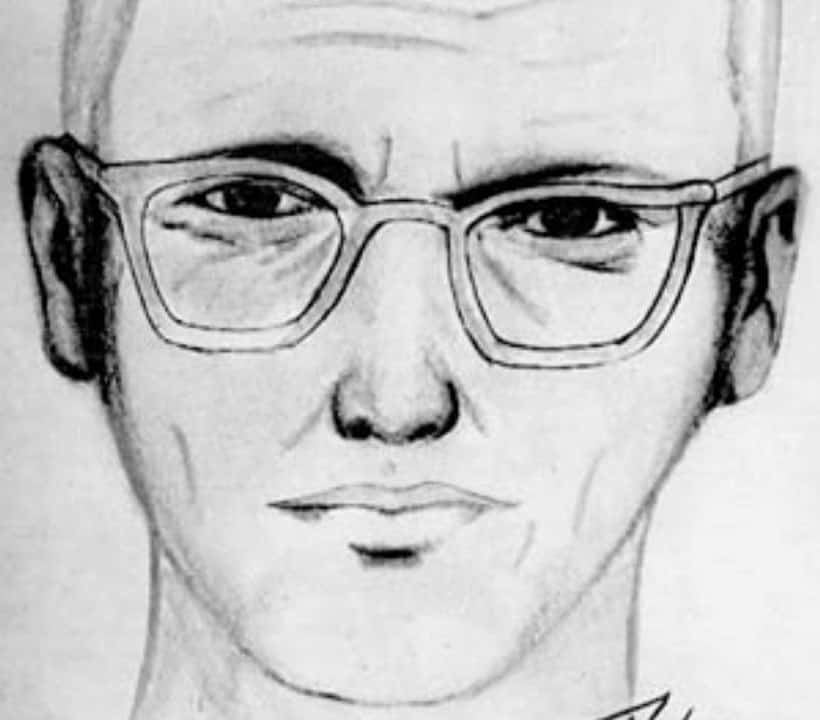 The Zodiac Killer is up there with Jack the Ripper as one of the most infamous serial killers that were never caught. Possibly taking inspiration from the London killer, the Zodiac taunted the authorities and the public with letters. Some of these letters included ciphers that have still yet to be solved.

The Zodiac’s reign of terror occurred between December 1968 and October 1969. Targeting couples, there were five confirmed killings. The Zodiac claimed to have murmured 37 people and was connected to several other cases. There were many suspects put forward but only Arthur Leigh Allen, a convicted sex offender, was the only suspect police officially named. Despite making his name public, Allen was never charged with the murders.

The last letter from the Zodiac Killer was dated January 29, 1974, and concluded with “Me = 37, SFPD = 0.” The Zodiac Killer case remains open today and is likely to stay unsolved for many more years to come. 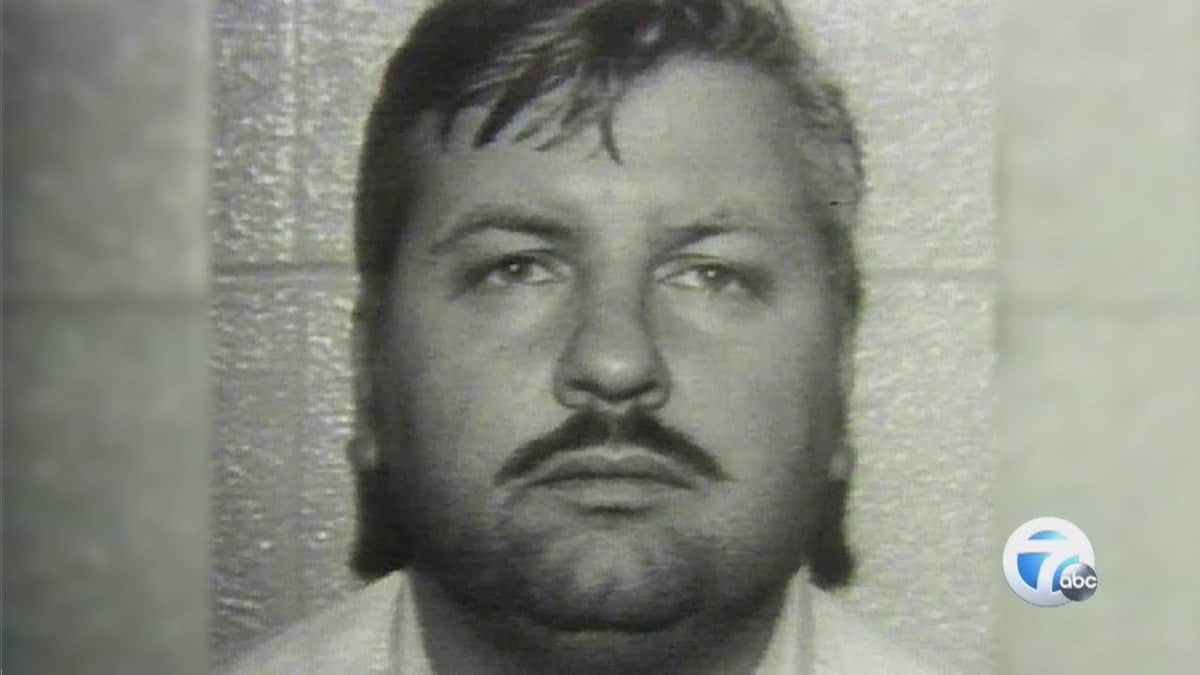 This unscrupulous person was responsible for the murder of at least four children between 1976 and 1977. The children were held captive before eventually being murdered. The Oakland County Child Killer, also known as the Babysitter Killer, murdered Mark Stebbins, 12, Jill Robinson, 12, Kristine Mihelich, 10, and Timothy King, 11 over a two-year period. Each of the victims was abducted for between four and 19 days before their bodies were discovered. Strangely each one had been bathed and their clothes washed before being left by the killer for someone to find.

At the time of the killings, the investigation carried out by police was the largest in US history. Although police had a number of leads and suspects, nobody was ever officially charged with the murders. A 2019 two-part documentary series by the Investigation Discovery channel tried to shed some more light on the case. They concluded the prime suspect was a convicted child sex offender Arch Edward Sloan, but DNA technology refuted this claim. 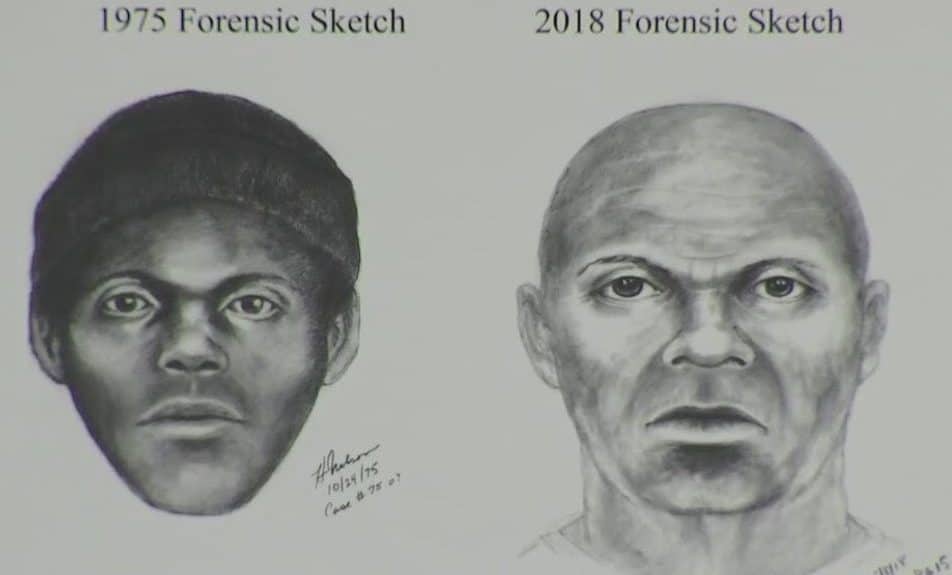 This serial killer got their name due to their penchant for sketching their victims before murdering them. The Doodler is believed to have killed up to 16 men and assaulted a further three in San Francisco between 1974 and 1975. Targeting the gay community, the Doodler lured his victims to secluded locations. Here he would have sex with them before stabbing them to death. Despite having a suspect, the police couldn’t convict due to the three survivors not wanting to come forward. At that time there was still much prejudice against the LGBTQIA+ community and the three were afraid to speak up. The case remains open, with police offering a $100,000 reward for information leading to an arrest. 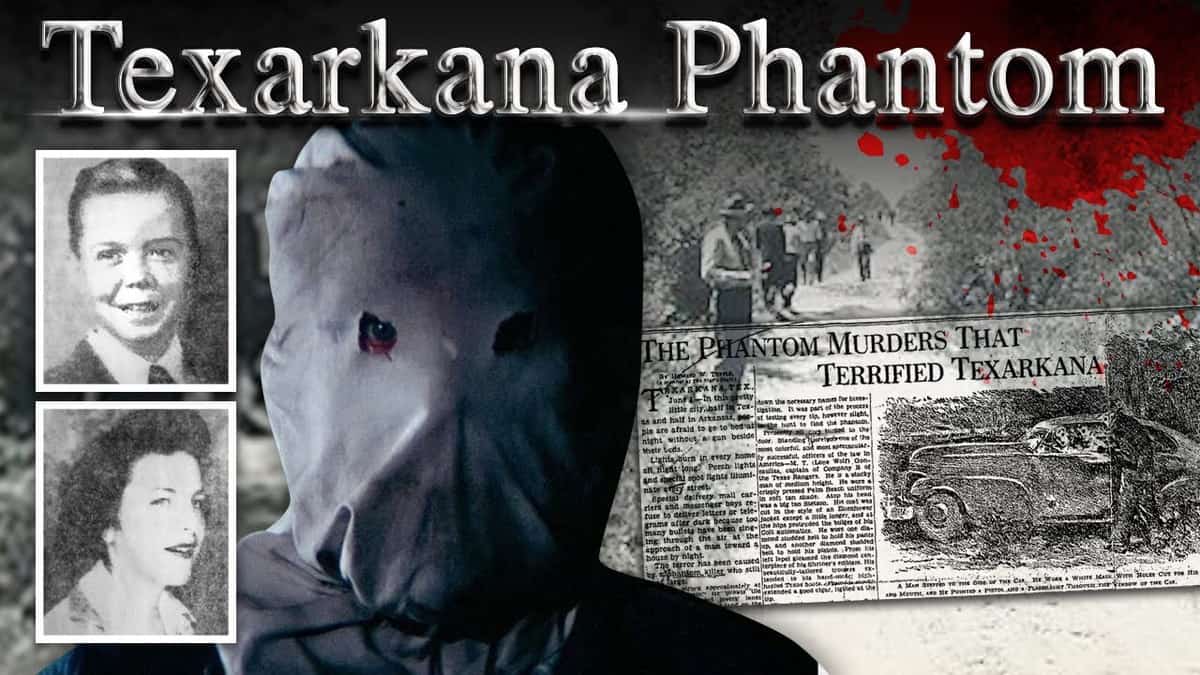 The Texarkana Moonlight Murders occurred over a 10 week period in 1946. Given the moniker of the Phantom Killer, this murderer targeted couples, killing five people during their killing spree. They used both a pistol and a rifle to carry out their crimes. The murders caused hysteria in the Texarkana region of Texas. Residents remained indoors heavily armed while police patrolled the streets. Some vigilante groups even attempted to find the killer themselves.

During the course of the investigation over 400 suspects were arrested but no convictions occurred. 29-year-old car theft Youell Swinney was the prime suspect. His wife Peggy made numerous statements implicating her husband in the murders, but her story regularly changed and she soon recanted parts of it, making her a far from a credible witness. Although Swinney would find himself in jail, charged with the crime of being a habitual offender, he was never convicted of the killings and the case remains unsolved. 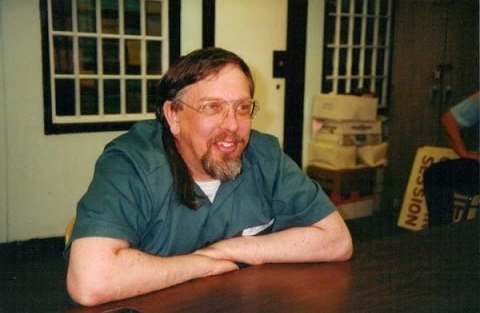 Over a period of 20 years, this serial killer is suspected of murdering between 10-16 people. When Shannan Gilbert went missing, a police search resulted in the discovery of the partial remains of four mutilated bodies around the beach town of Gilgo, known as the ‘Gilgo Four.’ Six more bodies were soon found four months later. The bodies were all women and believed to be sex workers. The last remains to be discovered were in 2020, with several more victims possibly linked to the Long Island Serial Killer. Police believe the killer to be a white male in his 20s-40s with knowledge of police procedures. There have been a number of key suspects in the case, including imprisoned serial killer Joel Rifkin, but no convictions have been made as of yet. 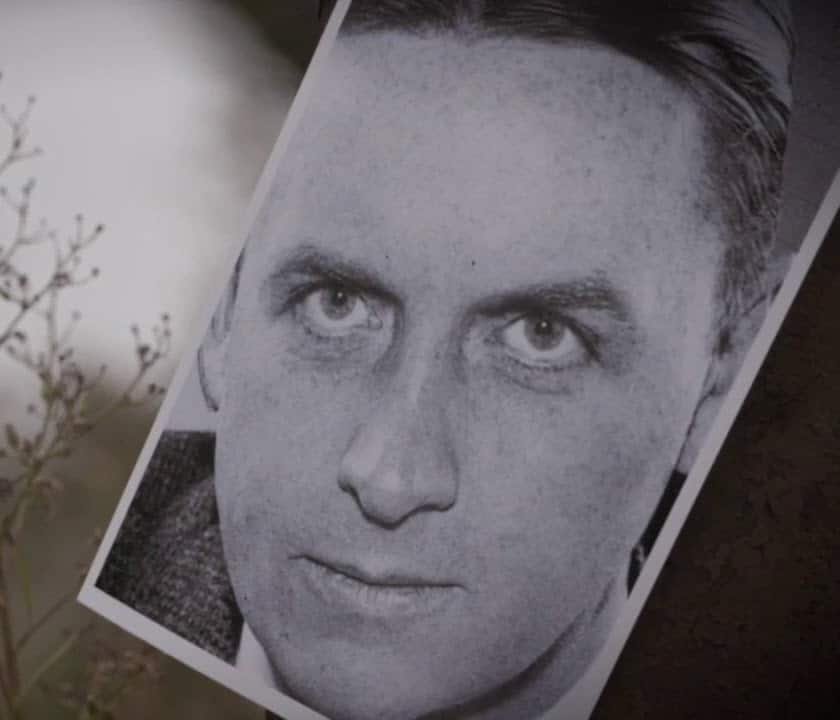 Active during the 1930s, the Cleveland Torso Murderer put fear into residents of Cleveland for a four-year period. The unidentified killer is believed to be responsible for the death of at least 12 people. As the name suggests, this serial killer dismembered his victims. He disposed of the bodies in the poor Kingsbury Run neighboured, where drugs, prostitution, and homelessness were rife. The murders were publicized enough that Elliot Ness, the man responsible for capturing Al Capone, led the investigation into the killings. There were several theories and suspects, but nobody was ever officially charged with the killings. 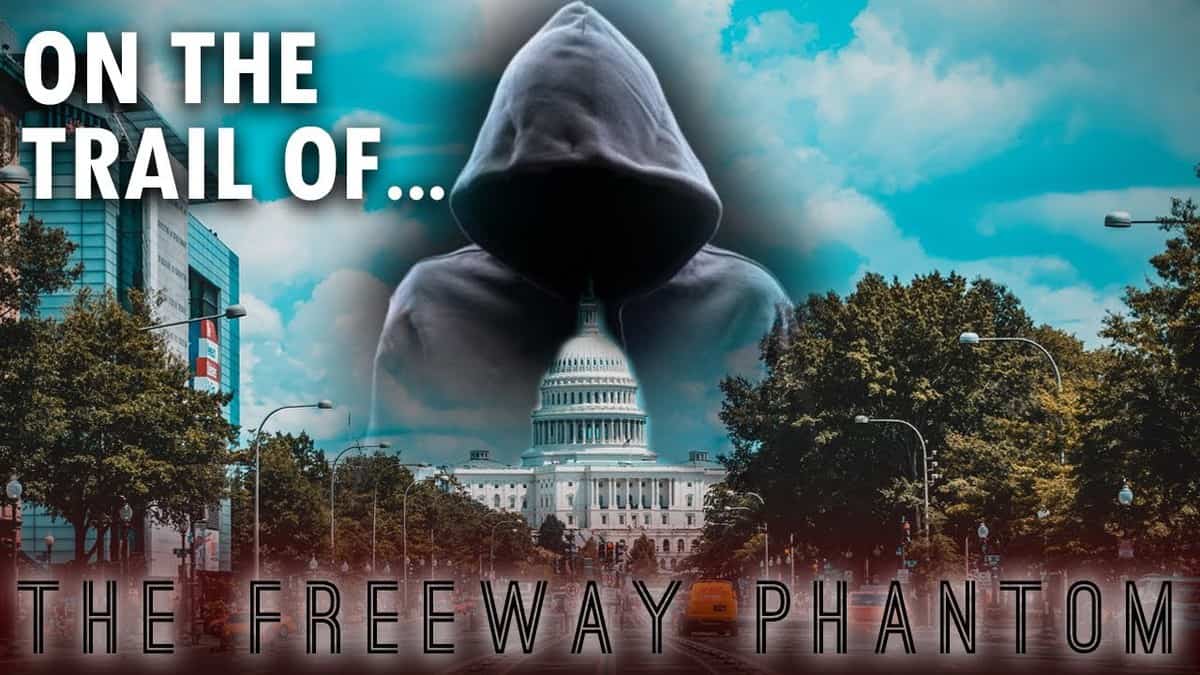 This is one sick puppy. For almost a year the Freeway Phantom carried out his ghastly deeds. His modus operandi was kidnapping young teenagers, raping them, strangling them, and then leaving their bodies on the side of freeways. The killer murdered six young women, often taking their shoes, which police suspected was a trophy. The Freeway Phantom also taunted the police, leaving a note on the body of his fifth victim. He also made his third victim call her home. As with many of these cases, a number of suspects were interviewed and detained by police, but none were ever charged. This cold case remains open with a $150,000 reward for anyone who provides information that leads to the apprehension of the killer. 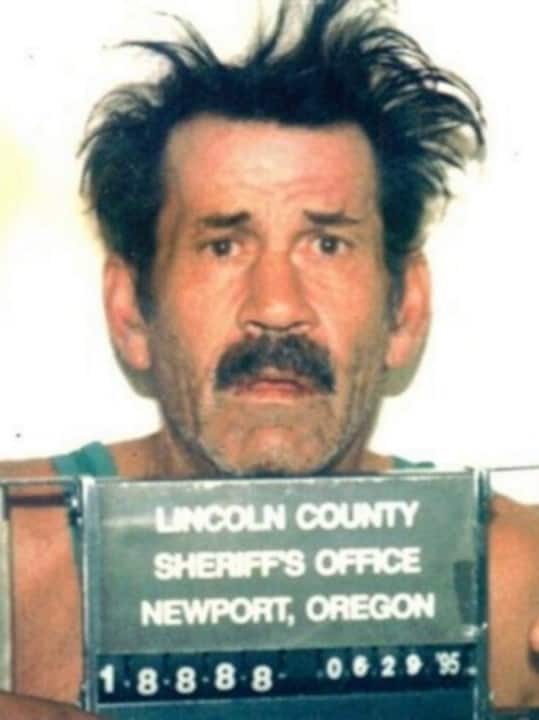 Unlike most of the serial killers on this list, it is believed the victims found along the 450 mile stretch of road in Canada was killed by multiple people. Since the first murder in 1970, there have been 18 confirmed murders, with at least another 40 disappearances and killings connected to that stretch of highway. All the victims were female, with many of those killed being aboriginal women from the surrounding areas. 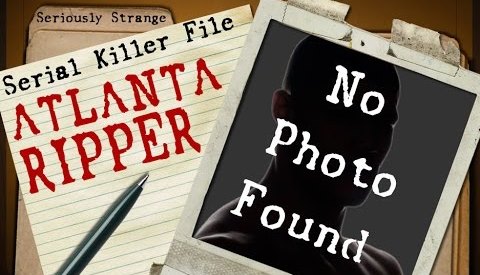 America had its own version of Jack the Ripper in the early 1900s. Between 1911-1912 over 15 African American women were brutally murdered in Atlanta by an unknown assailant. The killer targeted well-dressed and educated women and used a knife as his preferred weapon of choice. The murders were often savage, with the killer mutilating the victims after he had killed them. One even had her head almost severed by the killer.

The killer was never found and another six bodies were believed to be linked to his handiwork. The Atlanta Ripper: The Unsolved Case of the Gate City’s Most Infamous Murders, sheds more light on the case and is a great read for those interested in true crime.