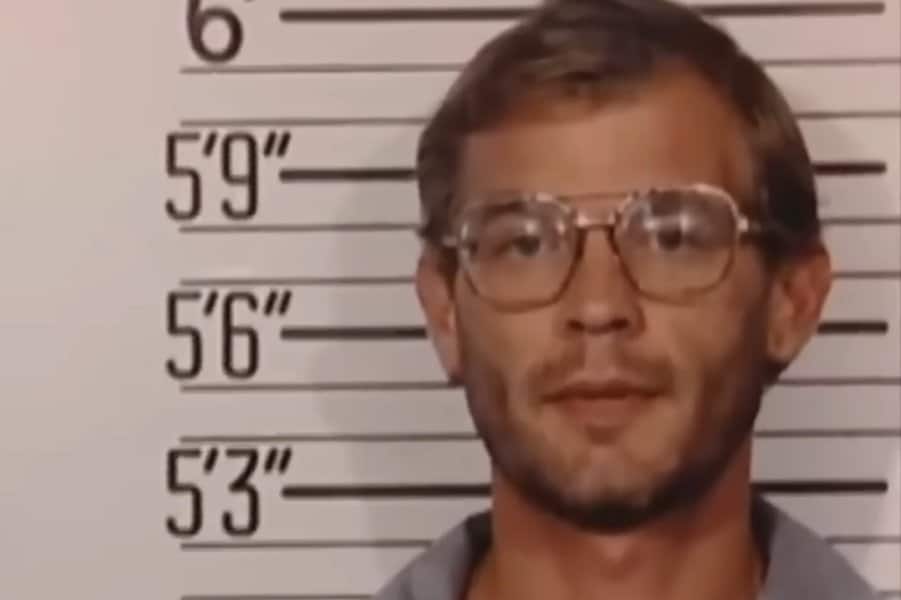 When you think of serial killers, you probably don’t equate intelligence with being a psychopath murderer. As it turns out, many of the world’s most horrible serial killers were not only evil but also extremely brainy. The most brutal and hard-to-fathom crimes were often committed by smart individuals whose calculating ways helped them get away with murder for so many years. Serial killers with high IQs often used their knowledge to organize the perfect murder and keep one step ahead of law enforcement agencies.

Although a 2005 study found the average IQ of a serial killer was just 94.7, which is of average intelligence, many of the most famous and cunning murderers are in fact geniuses. From the terrifying Edmund Kemper to killer clown John Wayne Gacy, here’s a look at the smartest serial killers. 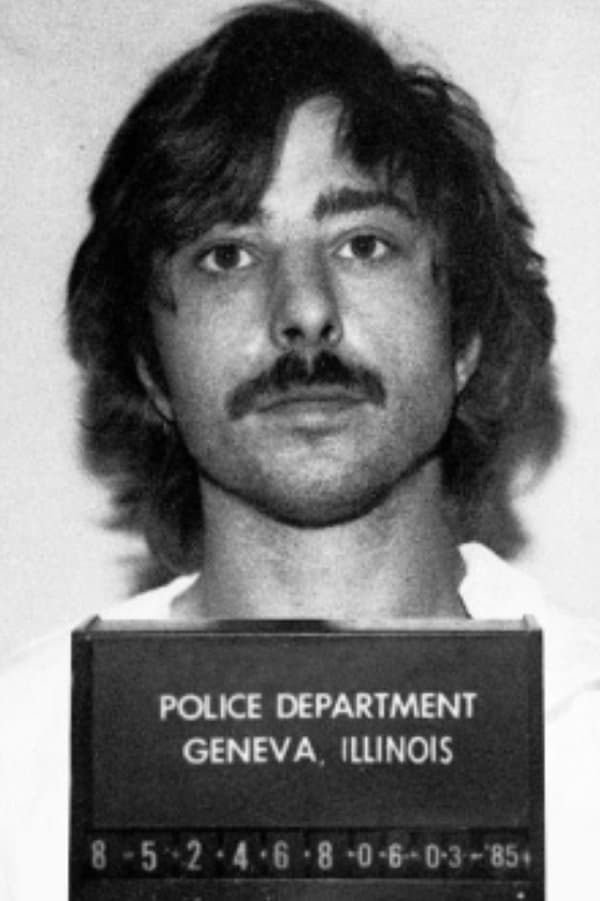 Currently serving a life sentence for several rapes and murders, Brian Dugan has a genius IQ of 140. He had a troubled youth and was a bed wetter until his teen years. He even burned down his parent’s garage just because he could. Dugan got into petty crime and spent three years at Menard Correctional Center with his brother, who said they were both sexually assaulted while living there.

Upon release, Dugan upgraded his crimes to rape and murder, eventually being caught by police after several heinous crimes. While he claims to feel remorse for his crimes, Kent Kiehl, who has interviewed and studied hundreds of psychopaths, doesn’t buy it.

He says all psychopaths feign sorrow when faced with their crimes, “But then you ask them, ‘What do you mean, you feel really bad?’ And Brian will look at you and go, ‘What do you mean, what does it mean?’ They look at you like, ‘Can you give me some help? A hint? Can I call a friend?’ They have no way of really getting at that at all,” Kiehl says. 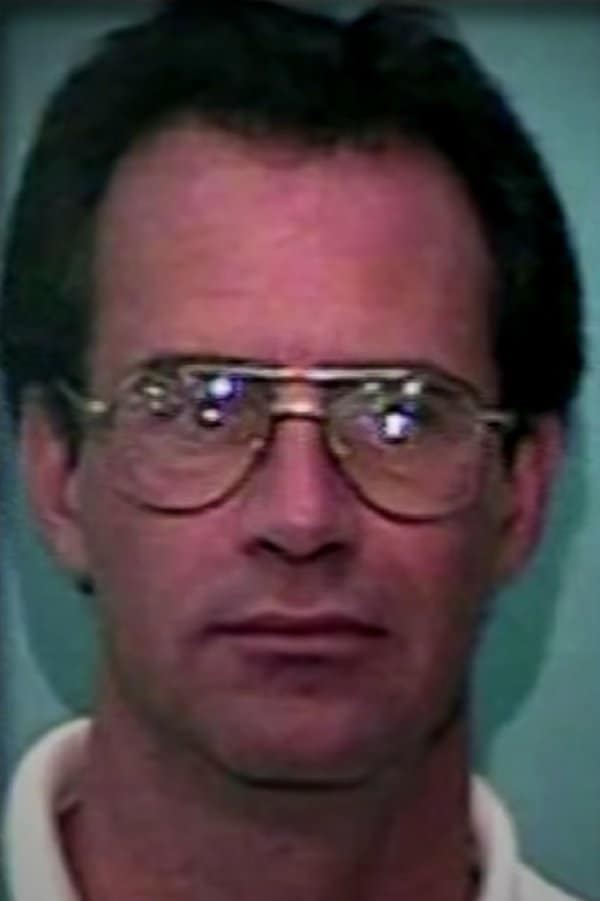 They say prison is a place of rehabilitation. That’s not the case for serial killer Stephen Stanko. After serving eight and a half years for assault and kidnapping in 1996, Stanko was released in 2004. After living with a widower for a year as part of his parole, he promptly moved out and into his girlfriend Larua Ling’s place.

Not long after moving in with Ling, Stanko snapped, strangling Ling, shooting his friend Henry Lee Turner, and raping Ling’s teenage daughter before slitting her throat. Somehow she survived and called the police who promptly arrested Stanko.

There is no known reason why Stanko did what he did, although serial killer paraphernalia was found around his home, suggesting he had an obsession with them or wanted to be one. He is currently on death row awaiting execution.

Serial killer Jeffrey Dahmer is all the rage these days after the release of the chilling Netflix series Dahmer – Monster: The Jeffrey Dahmer Story. A quiet child with an inquisitive mind who became obsessed with dead animals as a teenager, Dahmer grew up to become one of America’s most prolific serial killers.

Between 1978 and 1991, Dahmer murdered 17 boys and men. He usually met his victims at a local gay bar where he would pick them up and bring them to his apartment. Once at his home, Dahmer would drug them and torture them before strangling them to death. He often had sex with their corpses and partook in cannibalism, eating his victims and keeping parts of their bodies in his freezer.

A sick and twisted individual, Dahmer was eventually captured when one of his intended victims managed to escape. Although he was diagnosed with borderline personality disorder and several other psychotic disorders, he was declared legally sane to stand trial. He was convicted of 15 of the 16 murders he committed and was sentenced to 15 consecutive life sentences in 1992. He died in prison just two years later after being beaten to death by a fellow inmate. 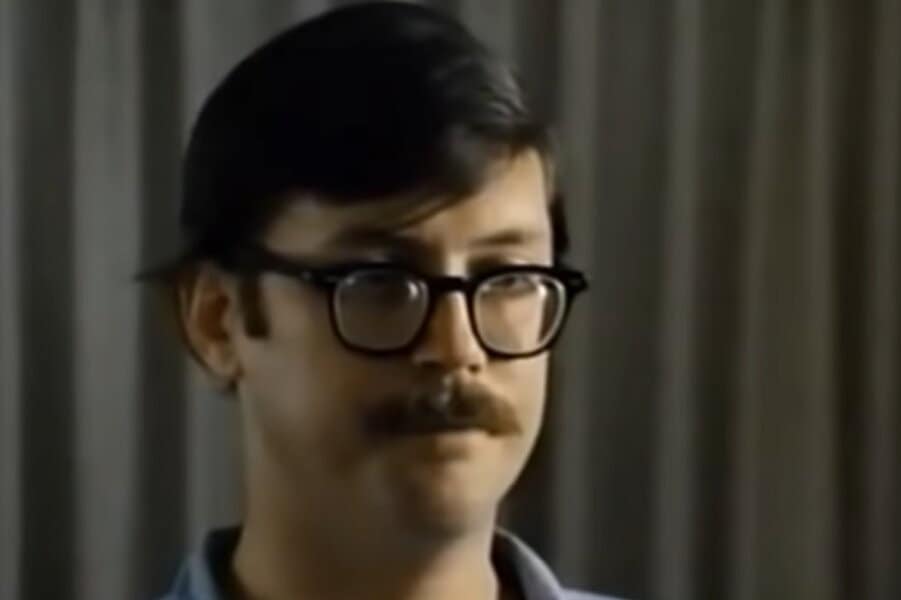 A giant of a man, Edmund Emil Kemper murdered ten people between May 1972 to April 1976. Kemper had a troubled upbringing that led to him killing not only his grandparents but also his mother. The majority of his victims were college girls, earning him the nickname of the Co-ed Killer.

Standing  6’9″ and weighing over 300 pounds with an IQ of 145, Kemper has an imposing figure but his personality is quite the opposite. Softly spoken and very intelligent, Kemper often decapitated his victims and kept the heads for several days after disposing of the bodies. He eventually turned himself in, pleaded guilty to his crimes, and requested the death penalty. Ed Kemper is currently serving eight concurrent life sentences in the Californian Medical Facility in Vacaville. 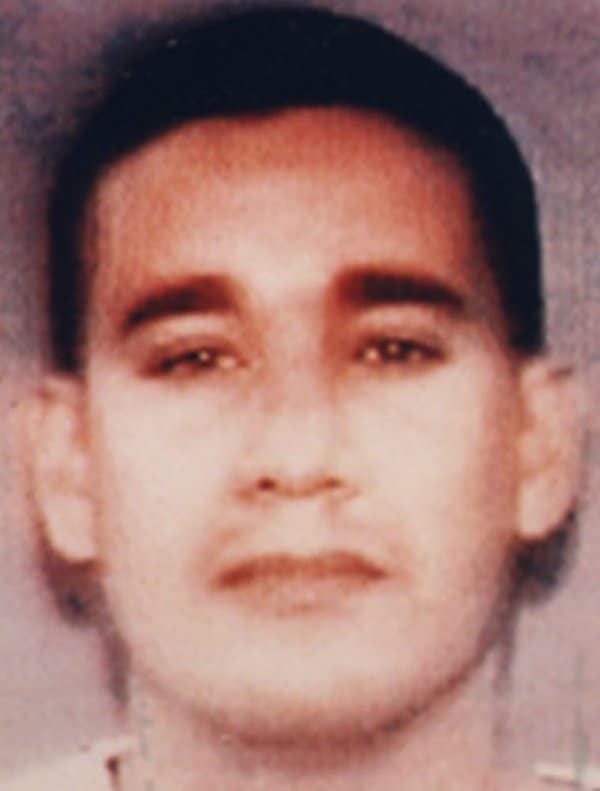 Andrew Cunanan was infamous for murdering Italian fashion designer Gianni Versace. Although bright with an IQ of 147, Cunanan was a devious individual known for being a compulsive liar who was believed to have suffered from an antisocial personality disorder, causing him to lack empathy.

Cunanan was a well-known gay man who often had relationships with rich elderly gentlemen and soon got involved with selling drugs. This was around the same time he started a relationship with Versace, which quickly ended after the fashion designer found something shady about Cunanan.

On April 27, 1997, Cunanan killed his first victim, former boyfriend Jeffrey Trail. He would go on to kill four more people, with the last being Versace on July 15. Eight days later Cunanan killed himself on a luxury houseboat, leaving no clue as to why he went on his murder spree. 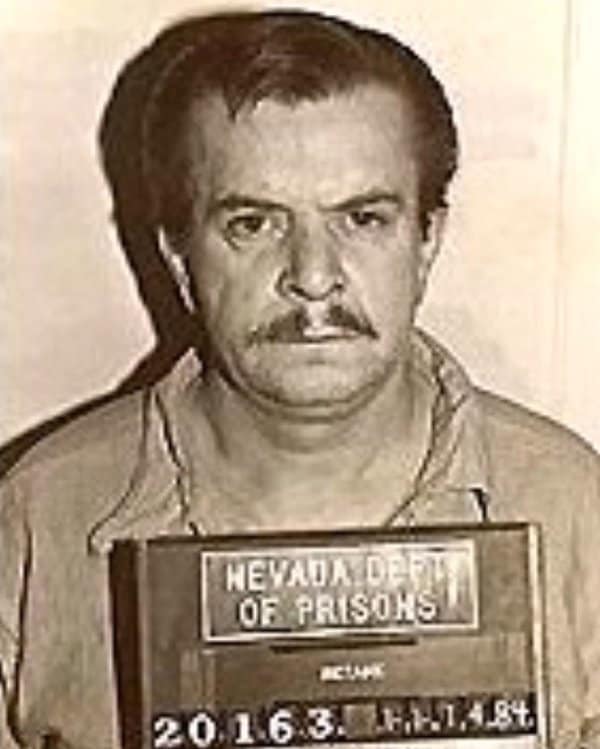 Many wonder if people are born evil or if it is their surroundings. In the case of Carroll Cole, it was his childhood. Emotionally abused by his mother, who also dressed him in women’s clothing, Cole was relentlessly teased by his classmates for his girl’s name. Despite his high IQ of 152, he was constantly bullied. His first murder occurred at eight when he drowned a classmate, although it was called an accident.

He turned to crime as a teenager and eventually spent three years in and out of mental hospitals, but couldn’t get the help he needed. He then turned his attention to picking up and killing women who he believed were adulterous like his own mother was. Somehow he managed to talk his way out of his crimes when caught by police on two occasions but was eventually arrested by police after being linked to three strangulations in Texas.

Cole received life behind bars but went on to admit to several more murders that occurred in Nevada. When the judge found him guilty and gave him the death sentence, Cole reportedly replied, “Thanks, Judge.” He was executed by lethal injection on December 6, 1985. 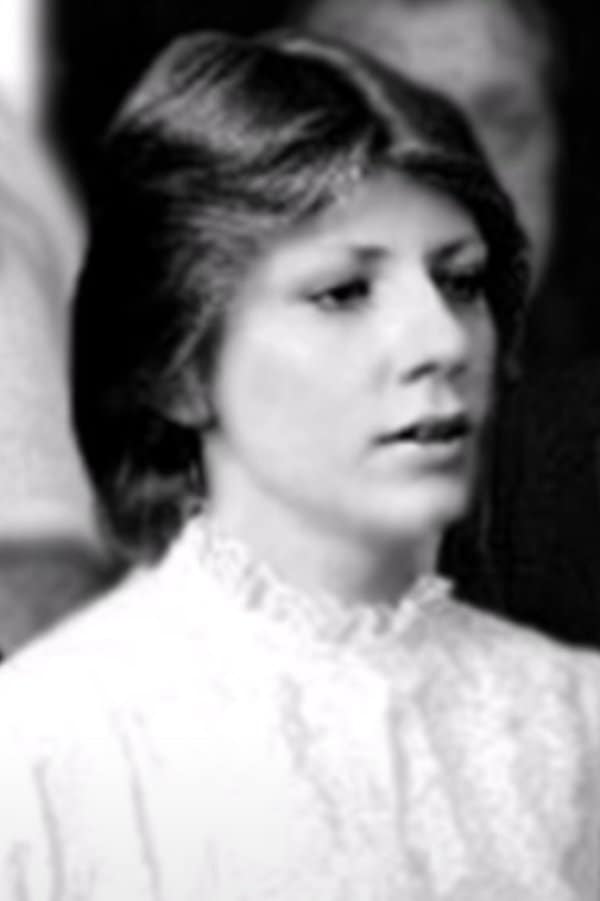 Gerald and Charlene Gallego were nasty pieces of work. Between 1978 – 1980 the married couple kidnapped, tortured, sexually abused, and murdered ten teenagers. Often kept as sex slaves, the two did unspeakable things to their victims, killing them in grisly ways including beating them to death with a hammer and strangulation.

While Gerald was off to a bad start in life, with his mother a sex worker and his father a criminal who murdered a policeman, Charlene was an A-grade student and violin prodigy who came from a good home. It was during her teenage years that she began experimenting with drugs and alcohol and her life took a different path, leading her to Gerald.

Charlene was believed to be the brains behind their crimes and when the two were arrested, she made a deal with the prosecution and testified against Gerald for a lighter sentence. Charlene got 16 years and eight months, which she served before being released back into the world, while Gerald died in prison in 2002 while waiting on death row. 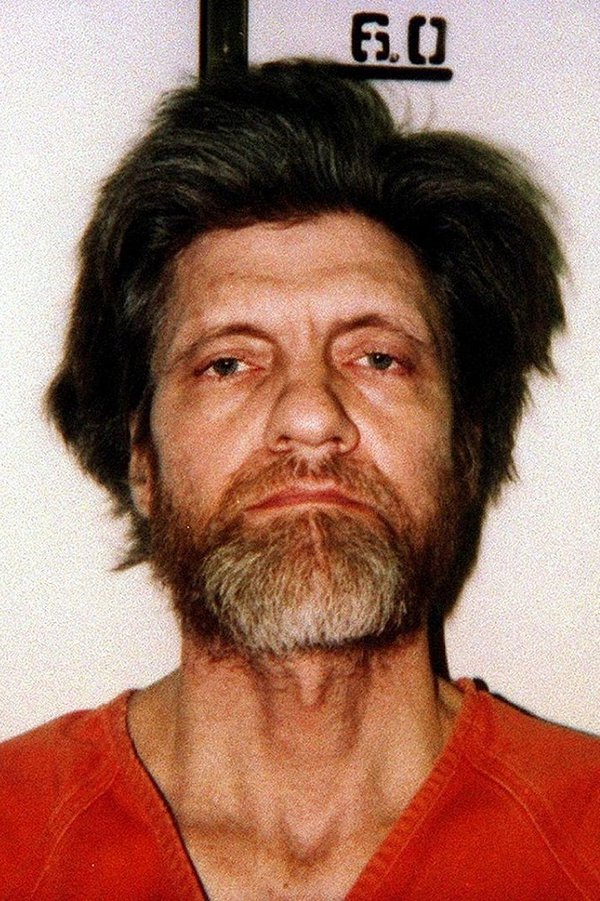 Officially classified as a terrorist, Ted Kaczynski killed three people and injured 23 people with his mailbomb campaign between 1978 – 1995. A child prodigy with an IQ score of 167, Kaczynski, commonly known as the Unabomber, won a scholarship to Harvard at the age of 15, earned a master’s and doctoral degrees in mathematics at the University of Michigan and would go on to become a teacher before suddenly quitting in 1969.

This is when Kaczynski started to go off the rails, moving to a remote cabin outside Lincoln, Montana, where he aimed to live a self-sufficient life away from society. Taking issue with modern technology, he decided to fight back by delivering bombs in the mail to places all around the country. He would leave encrypted messages that even the FBI struggled to decipher and managed to stay anonymous for 17 years until the release of his manifesto, Industrial Society and Its Future. Parts of it were published in The Washington Post and Kaczynski’s brother recognized the handwriting and style, leading the authorities to his brother.

The criminal genius was arrested in 1996 and pleaded guilty to all charges and was sentenced to eight life sentences in 1998. 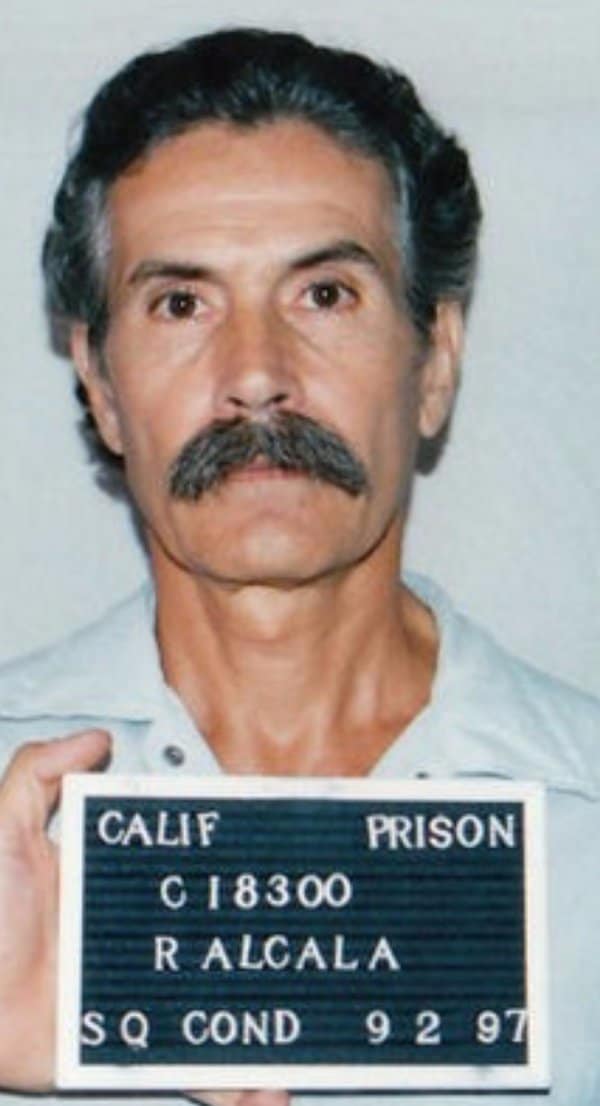 Although only found guilty of five murders, police believe Rodney Alcala may have killed up to 130 people across four different American states. When he was arrested police found over 1,000 photos of women, teenage girls, and boys in sexually explicit positions that Alcala had taken. Often compared to Ted Bundy, Alcala died in prison in 2021 from natural causes having spent 22 years behind bars. 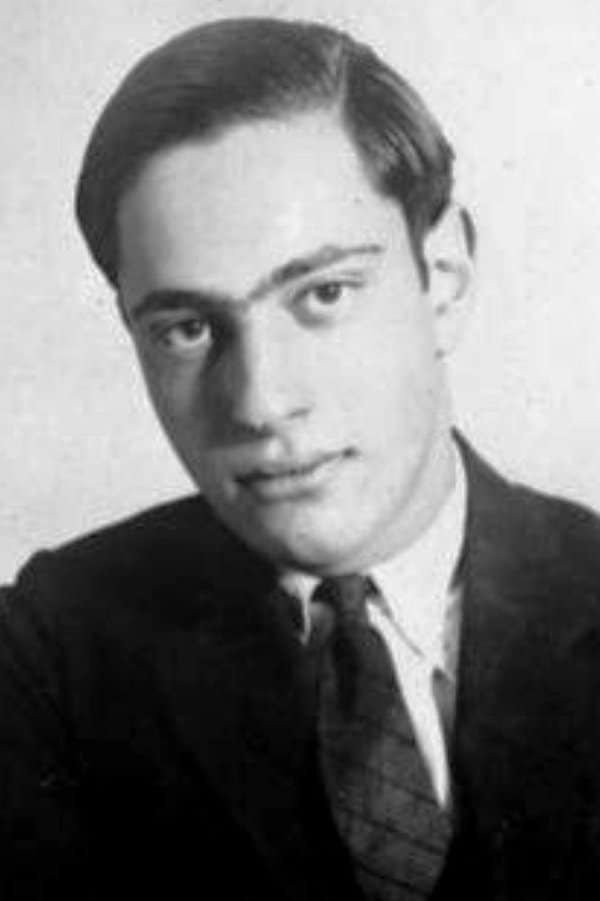 Nathan Leopold wasn’t really a serial killer as he only murdered one victim, but the influence and the hysteria surrounding the case make him worth mentioning. There’s also the fact that his IQ was exceptionally high at 210. Leopold and Richard Loeb, commonly known as Leopold and Loen, both came from rich families and were of high intelligence. In May 1924, the duo kidnapped 14-year-old Bobby Franks and murdered him, hoping to showcase their high intellect by performing the perfect crime.

Unfortunately for the two their plan came unstuck when Leopold’s glasses were found at the scene of the crime. Their alibis began to fall apart under questioning and Loeb eventually confessed, saying Leopold carried out the murder. Leopold accused Loeb of the killing. The judge found them both guilty and sentenced them to life imprisonment for the murder and 99 years for the kidnapping.

Loeb was murdered in a prison attack in 1936 while Leopold was finally paroled in 1958 after 33 years behind bars. He moved to Puerto Rico and worked as a medical technician, eventually passing aged 66 in 1971 from a heart attack.

See more about - 12 Serial Killers That Were Never Caught