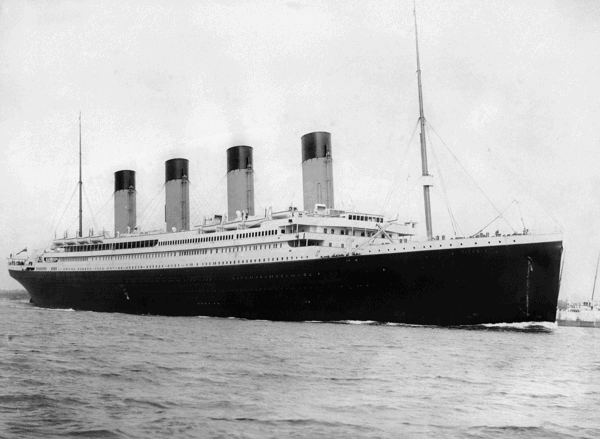 The sinking of the RMS Titanic remains one of the great tragedies of the 20th century. On its maiden voyage from Southampton, UK, to New York City, the Titanic sank after hitting an iceberg on April 15th, 1912. It only took several hours for the massive ship to sink below the surface. Of the estimated 2,224 passengers and crew aboard, more than 1,500 perished. It was the deadliest cruise ship catastrophe in maritime history. The event has fascinated people for decades, with Titanic pictures and movies and books based on the disaster keeping the memory of the sinking alive.

The luxury liner cost $7 million (equivalent to $200 million today) to build and was the largest ship of its time when disaster struck. The first-class cabins were top of the line and hosted a selection of wealthy Europeans. On the lower levels, hundreds of immigrants gathered, hoping for a better life in the United States of America. While the RMS Titanic now lies at the bottom of the ocean, photographic evidence of the ship still exists. These photos allow us to view the ship in all its glory before things all went to shit.

So read on to discover more about the Titanic disaster and what the ship really looked like. 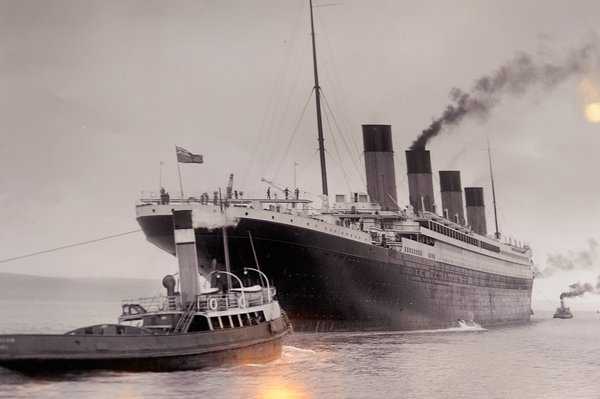 Here is a picture of the RMS Titanic as it begins its journey across the North Atlantic ocean. The ocean liner was 882 feet 9 inches in length and took three years to build.

This is a great photo of the four funnels of the Titanic. Although it only needed three, designers thought adding the fourth funnel would make the Titanic look grander. From the base of the ship to the top of the funnels the Titanic was 175 feet high. Two men died while building the Titanic, a sign of the tragedy that was to come. 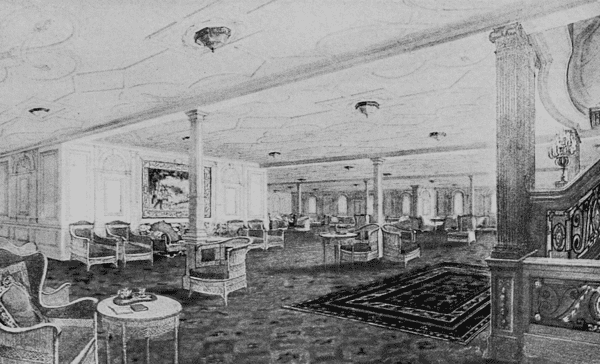 This part of the Titanic was where passengers could relax before heading up the main staircase to their rooms. 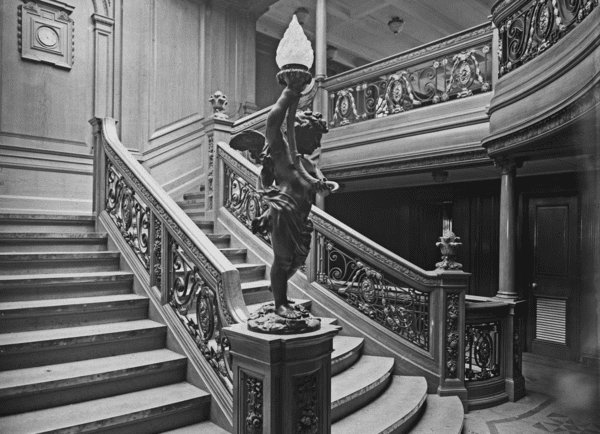 The most iconic interior of the Titanic was this grand staircase. It was the centerpiece of the first-class area and featured wood carvings, wrought iron railings, and a glass dome overhead. 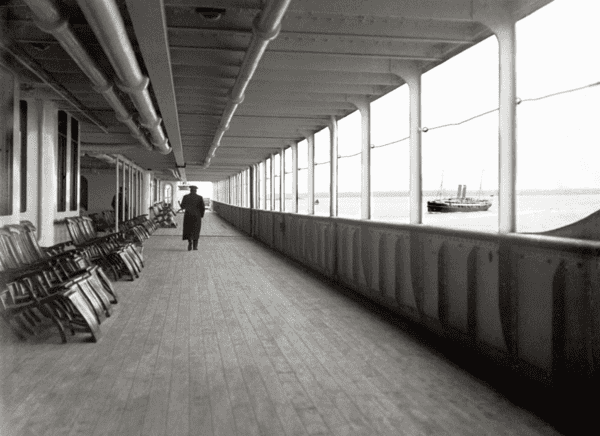 The decks of the Titanic were quite wide and featured wooden chairs for passengers to relax in and catch some rays. This great shot of the boat deck shows how roomy it was. 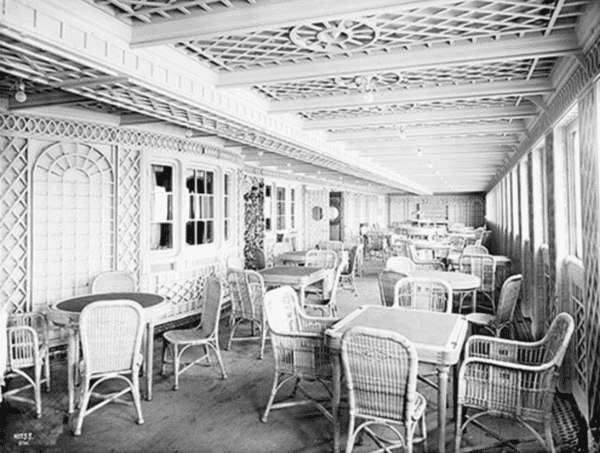 This was an eatery for the first-class passengers. It was meant to resemble a sidewalk in Paris and even had French waiters serving. It was another unique area of the unfortunately named unsinkable ship. 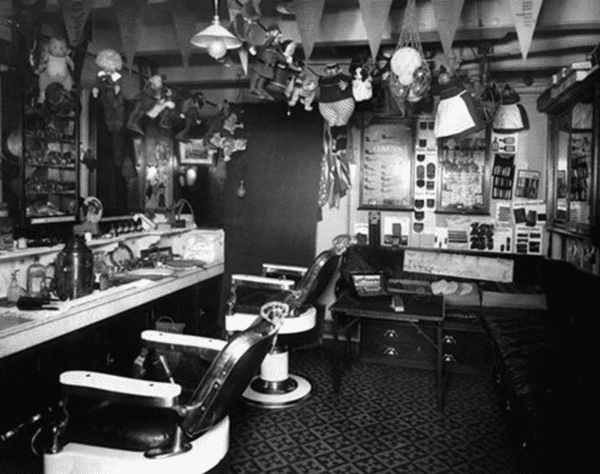 What cruise ship would be complete without a barber shop. Not only could passengers get their haircut, but the store sold plenty of souvenirs, postcards, and knick-knacks. 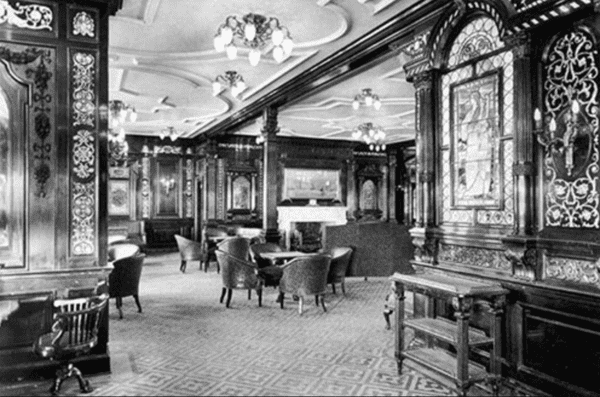 As the name implies, this was where the smokers would come to congregate. The room featured lots of beautifully crafted wood furniture, stained glass windows, and plush carpets. 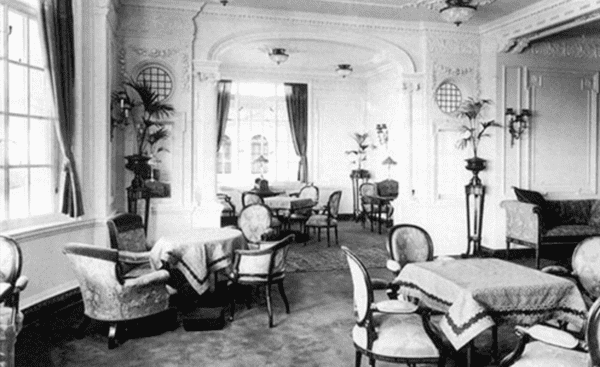 This space had lots of light thanks to the large windows that looked out on the Atlantic Ocean. Guests could spend their time here reading and writing letters. While passengers couldn’t send any mail, there was a mailroom staffed by five postal clerks who collected mail ready to be sent once the ship docked in New York.

See more about - The Top 20 Luxury Superyachts You Can Experience 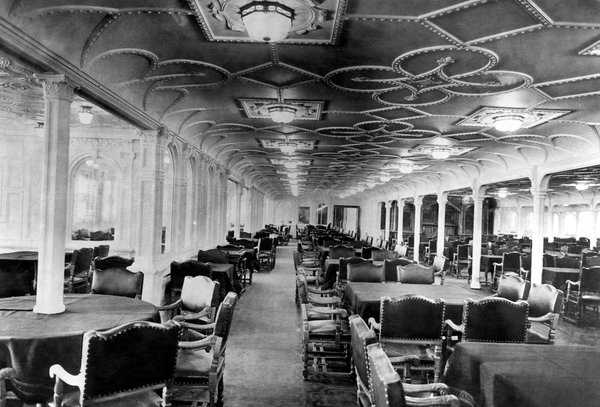 This was the largest of the four dining areas onboard the Titanic. This 10,000-square-foot first-class restaurant could seat up to 500 passengers. The kitchens were well stocked, with over 40,000 eggs, 1,000 loaves of bread, and 75,000 pounds of fresh meat on board. 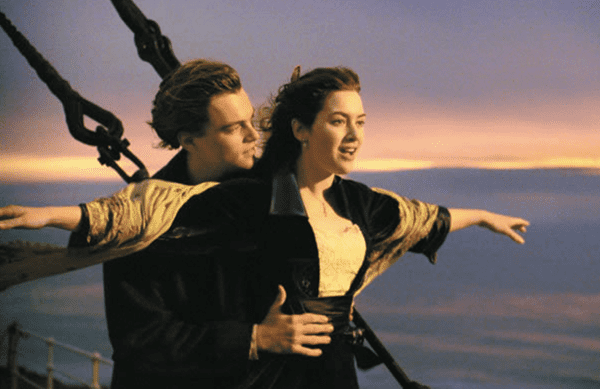 While not taken on the actual Titanic, it’s hard not to include this famous image of Leonardo DiCaprio and Kate Winslet. Taken from Titanic, the movie by James Cameron, it shows Leo and Kate’s characters pretending to ‘fly‘ on the bow of the Titanic. 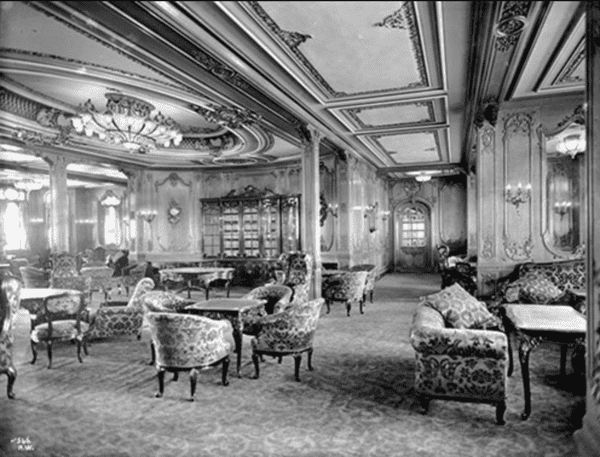 Passengers needed a ticket to access the first-class lounge. Costing $150, the lounge gave them access to a large area with tables and chairs for people to relax. It was mainly visited by females who would take tea and coffee there. A connecting bar enabled those who spent time there the ability to have a few drinks before dinner. 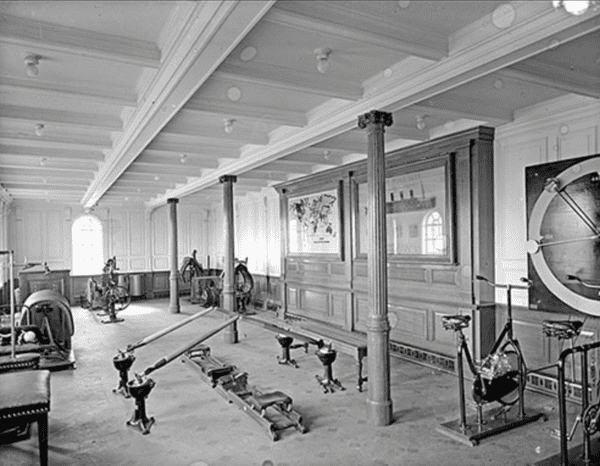 Like most of the areas on the Titanic, the gymnasium was reserved for first-class passengers. Men, women, and children were only allowed to visit at certain times throughout the day. Women could use the facilities from 9 am to noon, children from 1 pm to 3 pm, and men from 2 pm to 6 pm. 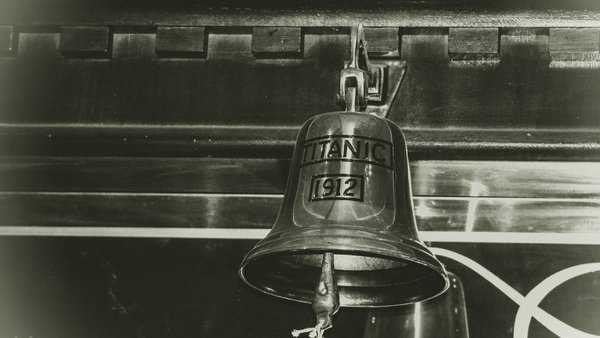 This image is of the bell rung by Captain Smith before impact with the iceberg. 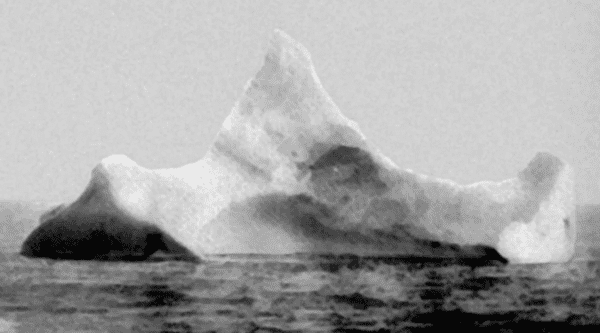 The downfall of the Titanic was this iceberg. The grand ship hit the iceberg at around 11:40 pm on the night of April 14. At 2:20 am the ship broke apart and sank to the bottom of the ocean floor. 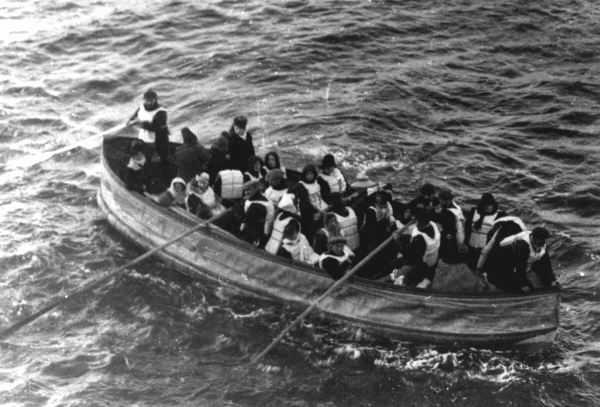 This incredible photograph shows a number of survivors who managed to get off the ship before it sunk. While this lifeboat looks full, many of them carried less than half the amount of passengers that they could. There were also only 20 lifeboats on the Titanic when it had a capacity of 64, which attributed to the high death rate.

17. Survivors on Board the Carpathia 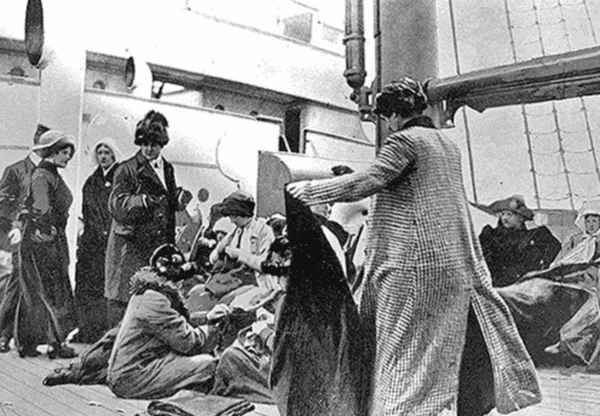 One of the closest ships to the Titanic when it went down was the Carpathia. It was the only rescue ship that helped out. They made the four-hour journey from their position but arrived too late. The Titanic had already sunk. Despite that, the crew on board was able to pick up many of the passing lifeboats and rescue those who made it off the Titanic. They returned the passengers to their final destination in New York.

18. Wreck Below the Surface 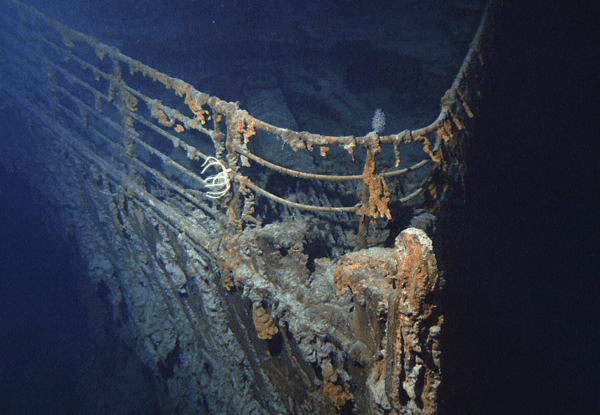 This iconic image is of the bow of the Titanic shipwreck deep underwater. Multiple teams of scientists, explorers, and adventures have searched for the remains of the Titanic at the bottom of the ocean. Many artifacts have been brought to the surface and are in museums around the world.