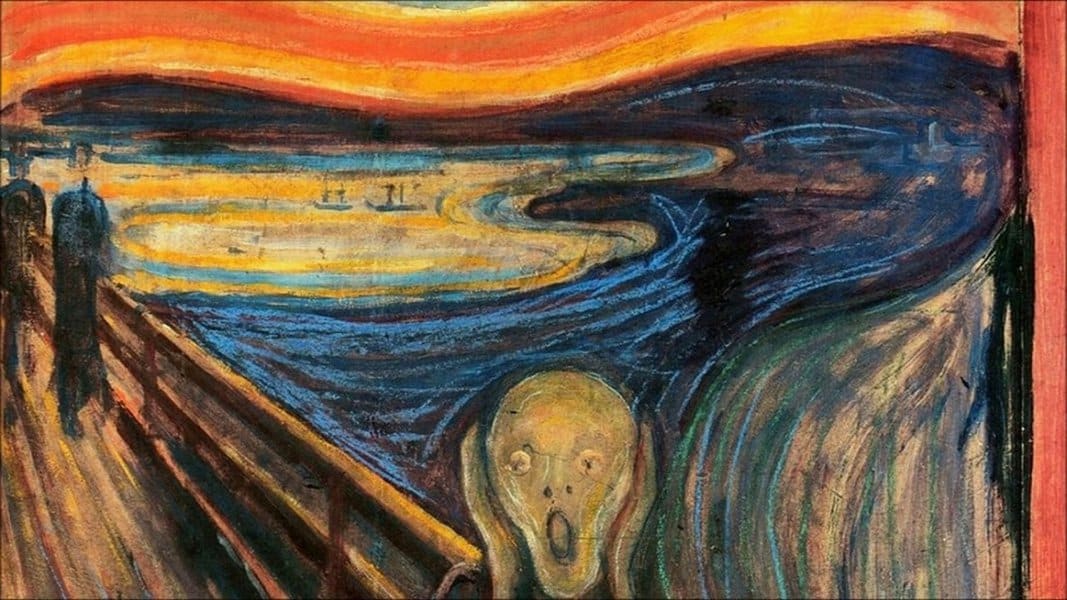 Visual and performance art has been part of the world’s history going back centuries. It’s a small glimpse into ancient civilizations or a reflection of modern times. Artwork created centuries ago is still famous, such as The Mona Lisa, the Mask of Tutankhamun, and the Venus de Milo. These incredible pieces of artwork tell complex stories using a brush, pencil, or bare hands. Created by some of the most iconic artists, these historical artworks sit in world-famous museums.

Most famous artists are known for creating breathtaking and inspiring art transcending time, but some of these brilliant artists also produce weird artwork, unlike anything you’ve ever seen before. While it puzzles the mind, weird artwork is just as fascinating as a classical painting or sculpture. These famous artists experiment with surrealism, expressionism, and even the supernatural to create exquisite and weird art. 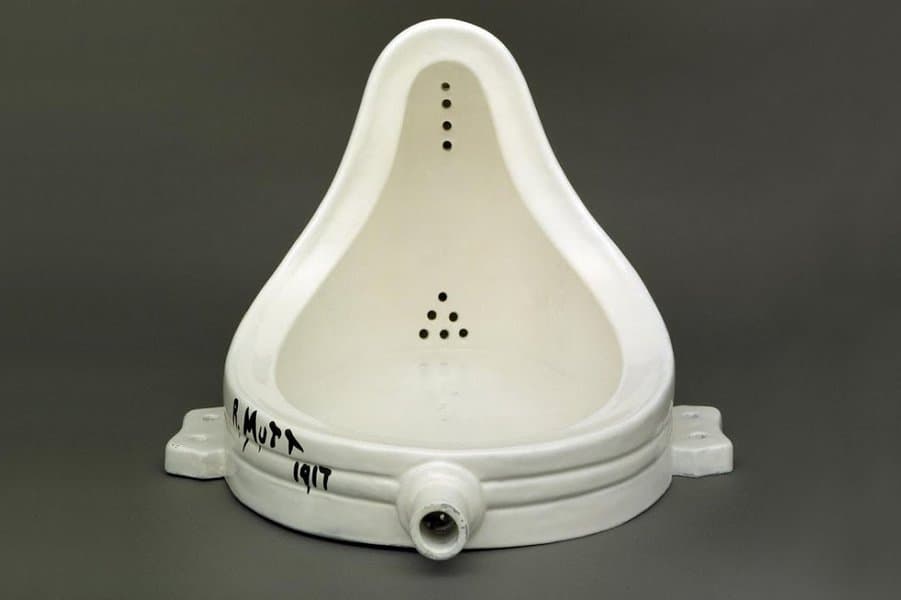 French painter and sculptor Marcel Duchamp was one of the most influential artists of the early 20th century. Duchamp is famous for developing revolutionary concepts and ideas. Still, none compare to the urinal-turned-groundbreaking art piece, The Fountain.

In the early 1900s, Duchamp began to reject visual art that focused on aesthetics and didn’t challenge the mind. So Duchamp created an art form known as readymades, modifying manufactured items as an antidote to “retinal art.”

In 1917, Duchamp submitted the weird and famous readymade sculpture, The Fountain, to the Society of Independent Artists. Duchamp’s piece consists of a porcelain urinal with the inscription “R. Mutt.” He slightly altered the urinal, turning the readymade item into the famous Fountain. At the time it caused a great deal of debate, but these days art historians now consider The Fountain a vital milestone of 20th-century art. 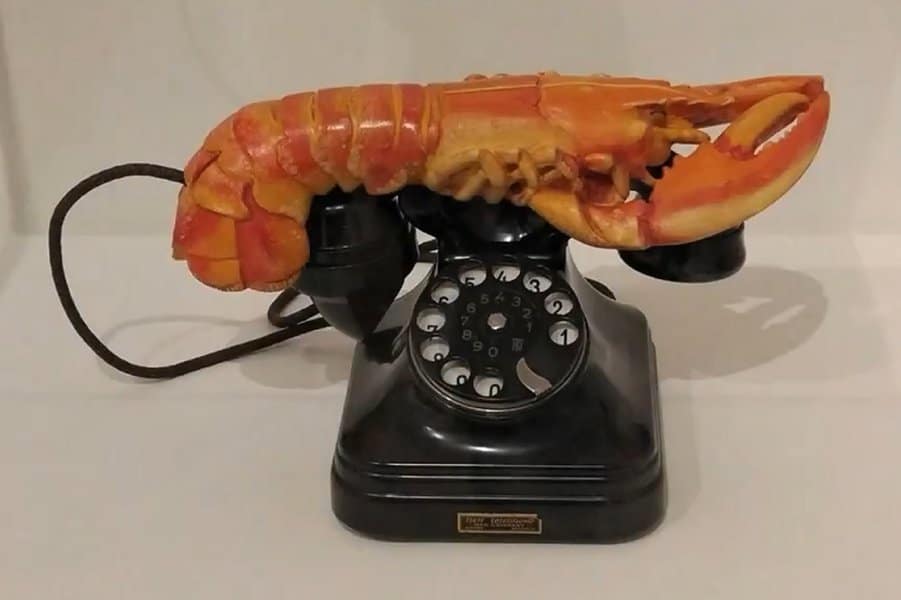 In the 1920s, eccentric and controversial artist Salvador Dali specialized in surrealism, which acted as a window into the subconscious. He had a knack for creating visually striking and strange art. While he’s best known for The Persistence of Memory, his weirdest and most influential work is the iconic Lobster Telephone.

Created for poet Edward James in 1936, it consists of a working telephone and lobster plaster. The Lobster Telephone is an excellent example of surrealist art, featuring two objects not generally associated with each other. The artwork unveils the secret desires of the unconscious. Furthermore, the lobster and telephone had strong sexual implications. Dali created an influential piece of art that’s silly, sexual, and sinister. 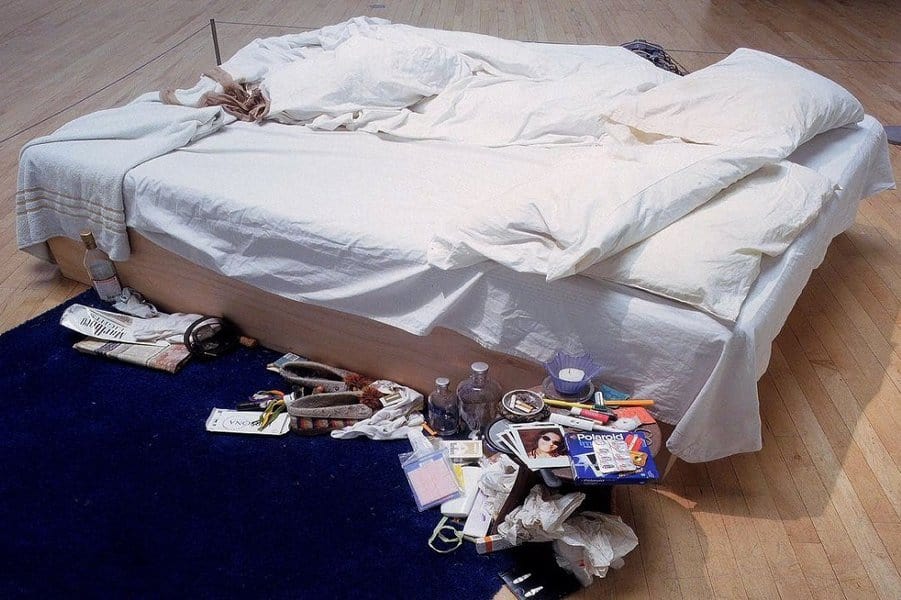 In the mid-90s, artist Tracey Emin rose to fame with her incredible artwork. Known for her confessional pieces, Emin often incorporated autobiographical elements into her work. Emin debuted one of her most famous pieces, My Bed, at the Tate Gallery in 1999. She created the readymade artwork in 1998 during a severe bout of depression, consuming large amounts of alcohol.

The artwork features Emin’s unmade filthy bed, where she spent weeks sleeping, drinking, eating, smoking, and engaging in sexual activity. The art installation depicts her emotional instability and stirred up controversy over the inclusion of condoms and blood-stained underwear. In 2014, Emin’s My Bed sold at Christie’s Auction for 2.5 million pounds.

In the 1890s, Norwegian painter Edvard Munch was out for a walk when he had a vision of the skies suddenly turning red and felt a scream echo through nature. The surreal moment resulted in Munch’s most extraordinary painting, Scream.

As Munch struggled with his mental health throughout his life, he expressed those feelings of anxiety and depression in his work. He spent his life traveling the world, learning from brilliant and talented artists.

In 1893, Munch created the iconic Scream artwork. It depicts a surreal background with the excruciating face symbolizing the anxiety and depression humans suffer. The painting entered pop culture and influenced the appearance of serial killer Ghostface in the Scream franchise and Doctor Who villains The Silence.

5. How to Explain Pictures to a Dead Hare (Joseph Beuys) 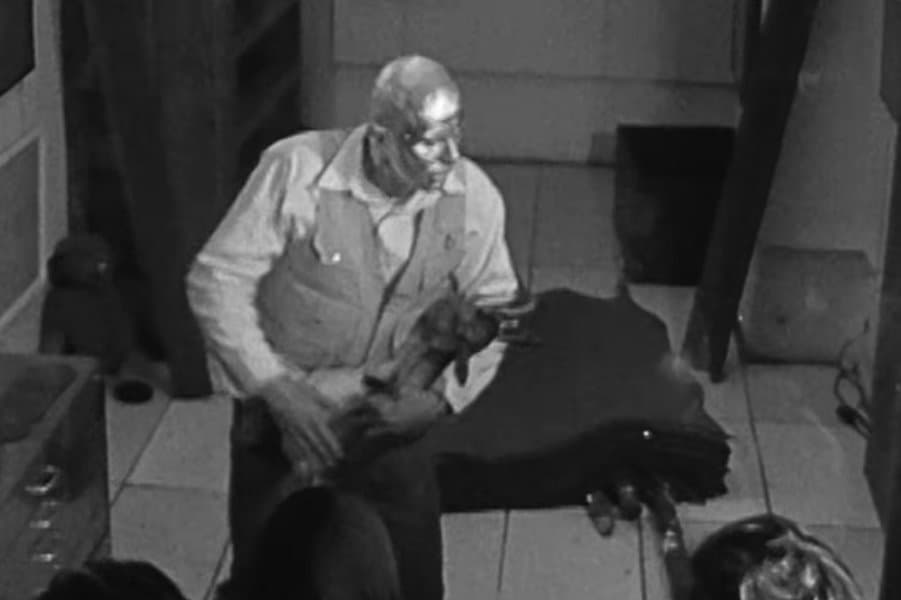 German artist Joseph Beuys was a groundbreaking performance artist. He helped develop the concept of Happenings and the art movement Fluxus. Beuys thrived in this environment with engaging art performances.

In 1965, Beuys produced his first and most famous performance art. Debuting at the Galerie Schmela in Düsseldorf, Beuys presented the weird and beautiful art performance, How to Explain Pictures to a Dead Hare.

The provocative performance featured Beuys locked in the gallery from the inside. Those in attendance watched the performance through the gallery windows. Beuys covered his head in gold leaf and honey as he explained pictures to a dead hare. The rabbit represented love, fertility, and resurrection while the honey stood for rebirth and gold symbolized knowledge, virtue, and the power of the sun. 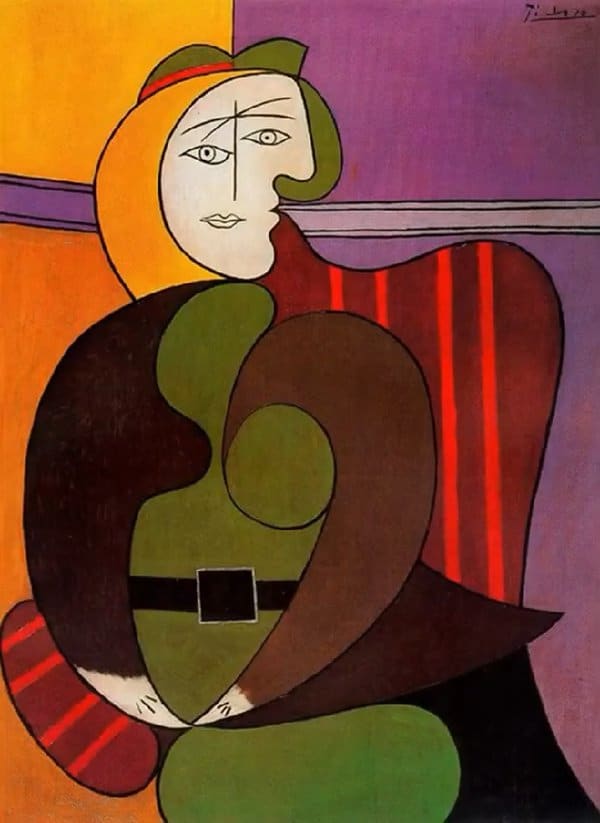 Considered the leader of modern art, the Spanish painter Pablo Picasso is one of the most influential artists. His artistry evolved as he learned new styles and experimented with various techniques. In the 1920s, Picasso began using surrealism in his work. Additionally, Picasso was famous for being in seven serious relationships, which he documented in his paintings.

Picasso often painted his first wife, Olga Khokhlova, as elegant and graceful, notably in 1917’s Olga Koklova In an Armchair. By 1932, Picasso lost interest in their marriage, and it began to deteriorate. Thus, Picasso painted an abstract portrait of Olga in Woman in a Red Armchair. It depicts a woman in an armchair, but Picasso deconstructed the subject using large round images instead of sharp and elegant shapes. His portrayal of his then-wife went from loving to boredom and disgust.

7. The Physical Impossibility of Death in the Mind of Someone Living (Damien Hirst) 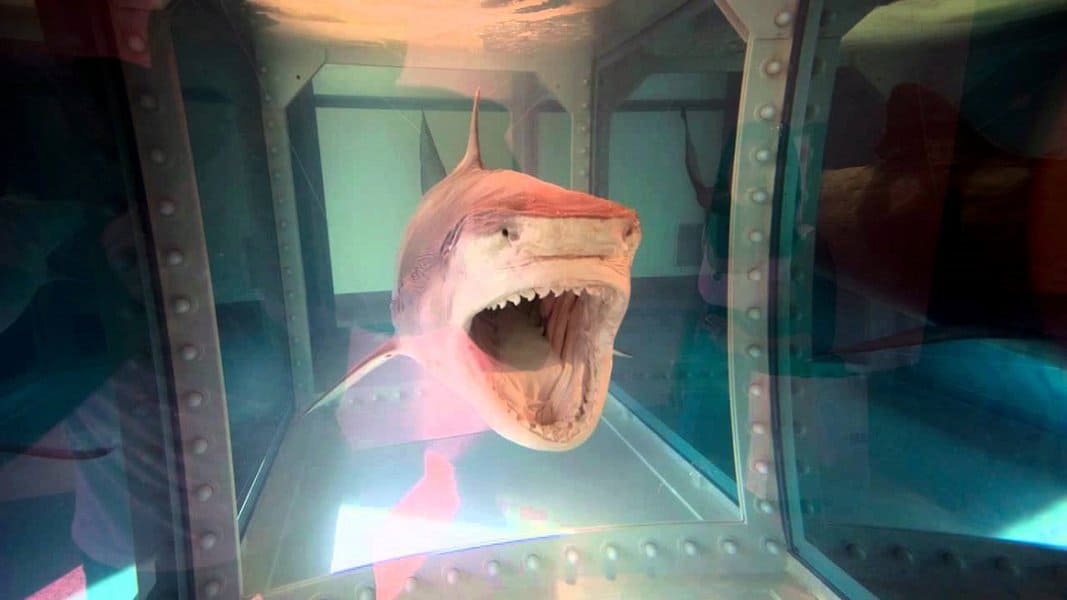 English artist Damien Hirst is famous for dealing with themes of death using dead animals. In the early 90s, Hirst was a rising British artist making a name for himself. Iraqi-British businessman Charles Saatchi commissioned Hirst to create one of his greatest and most controversial works of art, The Physical Impossibility of Death in the Mind of Someone Living.

It features a tiger shark caught off Hervey Bay in Australia immersed in formaldehyde in a glass-panel display case. It became one of Hirst’s most famous art pieces. While some critics praised his work, others felt it didn’t qualify as art. 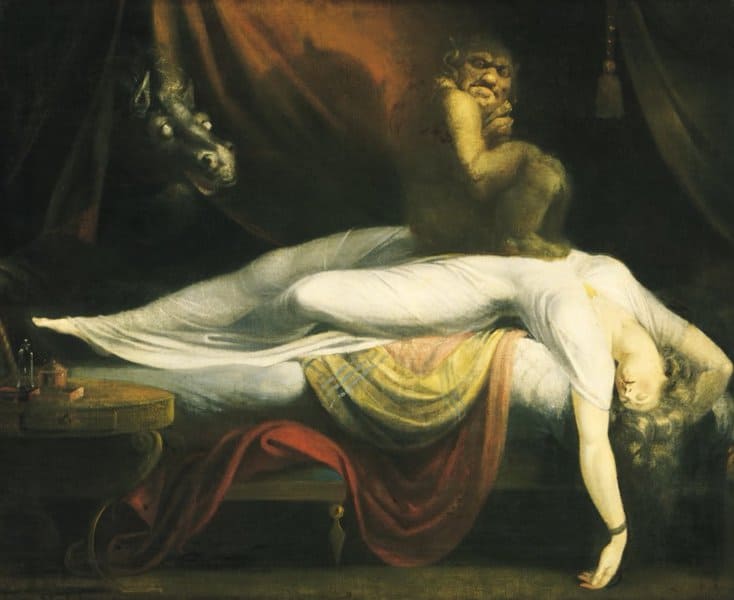 Spencer’s Painting of the Week/YouTube

Swiss painter Henry Fuseli became world-famous for his supernatural artwork. In 1781, Fuseli created one of his most influential oil paintings, The Nightmare. The captivating and horrifying painting became one of Fuseli’s most renowned pieces.

The painting deals with themes concerning dreams and fears as it depicts a sleeping woman. Sitting on her chest is a creature known as an incubus, which haunts nightmares and attacks when victims sleep. Adding to the weird and surreal atmosphere, a horse watches in the background. 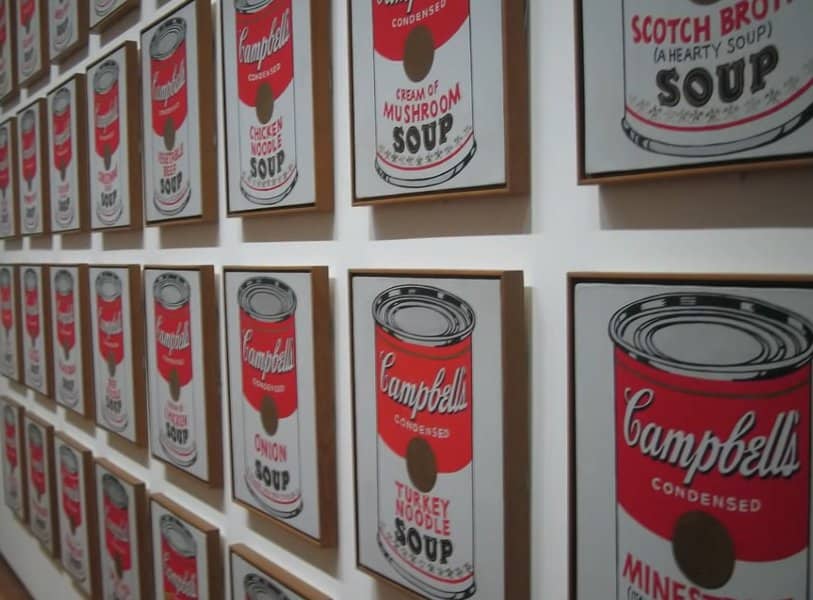 Few artists compare with the legendary Andy Warhol. He was the leader of the pop art movement, establishing himself as a cultural icon. In the 60s, Warhol gained widespread attention by exploring celebrity culture, advertising, and artistic freedom. This led him to create one of his most memorable pieces of art.

On July 9, 1962, Warhol debuted the groundbreaking Campbell’s Soup Cans at the Ferus Gallery in Los Angeles, California. It features 32 Campbell’s soup cans – each representing a different flavor of soup – on a massive canvas.

Warhol made one of his most famous artworks using a screen printing process. Warhol’s motivations, process, and subject divided art critics and historians. The 32 cans of Campbell’s Soup became one of Warhol’s most recognizable works. 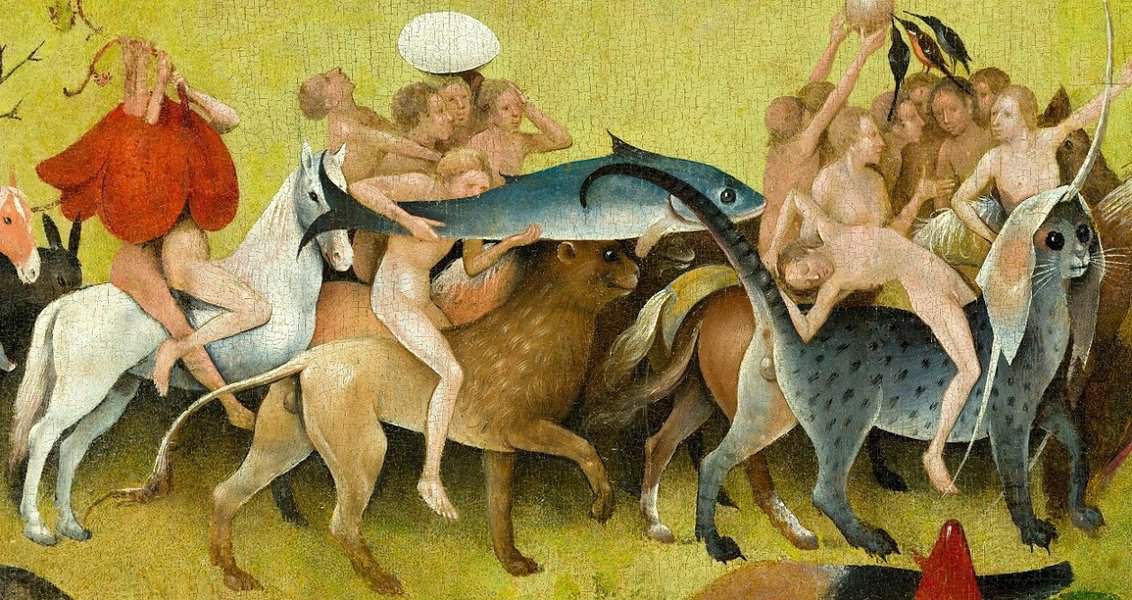 Born in 1450, painter Hieronymus Bosch is an influential and groundbreaking artist, but there’s very little information about his early life. Art historians attribute only 25 pieces of art to Bosch. One of those pieces of work is The Garden of Earthly Delights.

Bosch was known for striking visuals, religious narratives, and terrifying depictions of Hell. That all comes together in Earthly Delights. Bosch’s painting manages to be captivating and strange all at the same time. 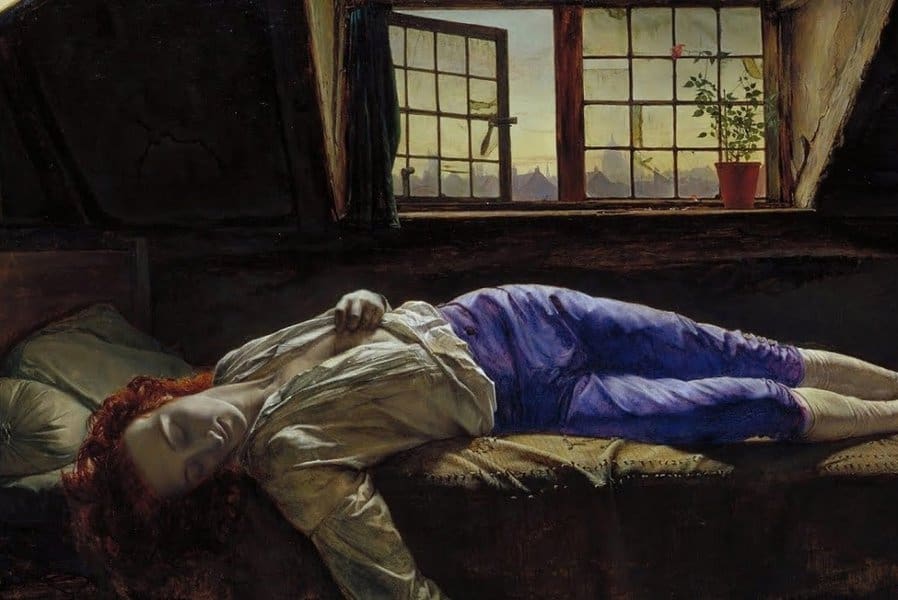 As World War I broke out, Greek painter Giorgio de Chirico laid the groundwork for the surrealist movement that would take shape ten years later. He was famous for his illogical narratives and use of trains, shadows, and mannequins. Chirico pioneered the metaphysical art movement featuring art with objects that appear unrelated.

Painted in 1914, The Song of Love depicts a Greek sculpted head against a small wall with a surgeon’s glove, a green ball, and a train on the horizon. Art historians speculate that random objects represent confusion. Furthermore, the glove suggests the emptiness of human existence, with the sculpture depicting a vanishing era. 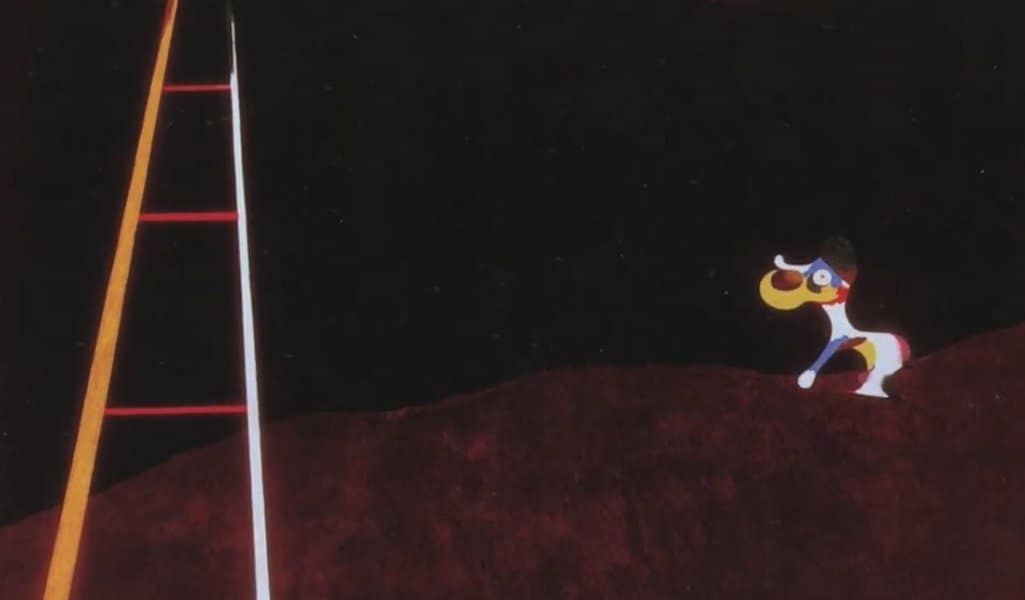 Joan Miró’s Dog Barking at the Moon takes a simple concept and turns it into a brilliant and eerie painting. Miró was famous for his surrealist style of exploring the subconscious and unconscious mind. Painted in 1926, Miró based the painting on a Catalan folk tale about a dog barking at the moon. The moon responds to the dog that he doesn’t care.

Featuring a black sky and an open brown landscape, Miró used bright colors to depict the dog barking at the moon. With wide open spaces, Miró used the simple idea to represent loneliness. The weirdness of the piece is subtle in the empty spaces. It’s one of the most famous surreal paintings in the world. 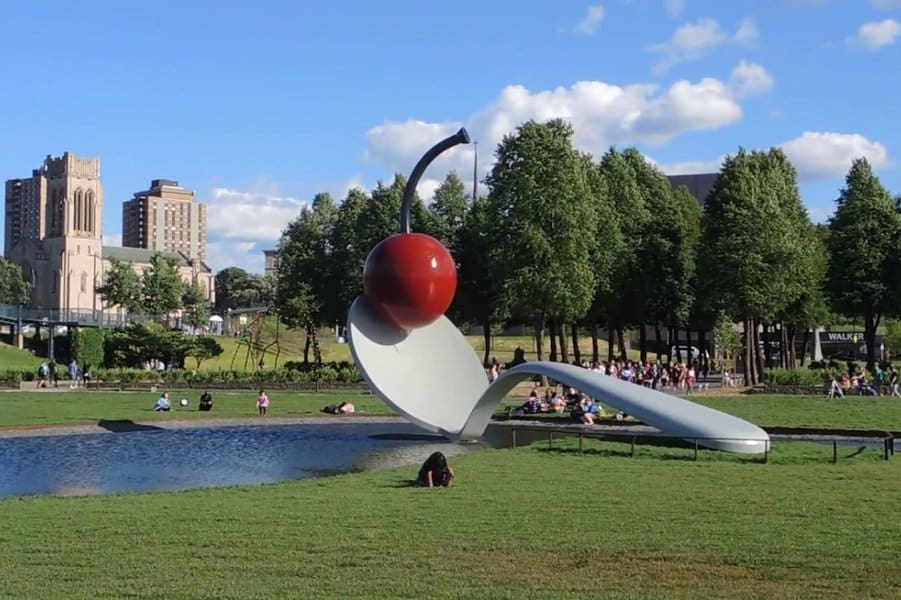 Married couple and artists Claes Oldenburg and Coosje van Bruggen had a reputation for creating larger-than-life artwork. They often used giant replicas of everyday household items for public installations. By the early 80s, they became so popular that Walker Art Center in Minneapolis, Minnesota, commissioned them to create a piece for the outdoor Minneapolis Sculpture Garden.

Built between 1987 and 1988, it features a giant cherry in a large spoon crossing a small pond. Dubbed Spponbridge and Cherry, it opened to the public in September 1988. It remains an iconic sculpture and symbol in Minneapolis. Undoubtedly, it’s one of the most influential and memorable public art installations.