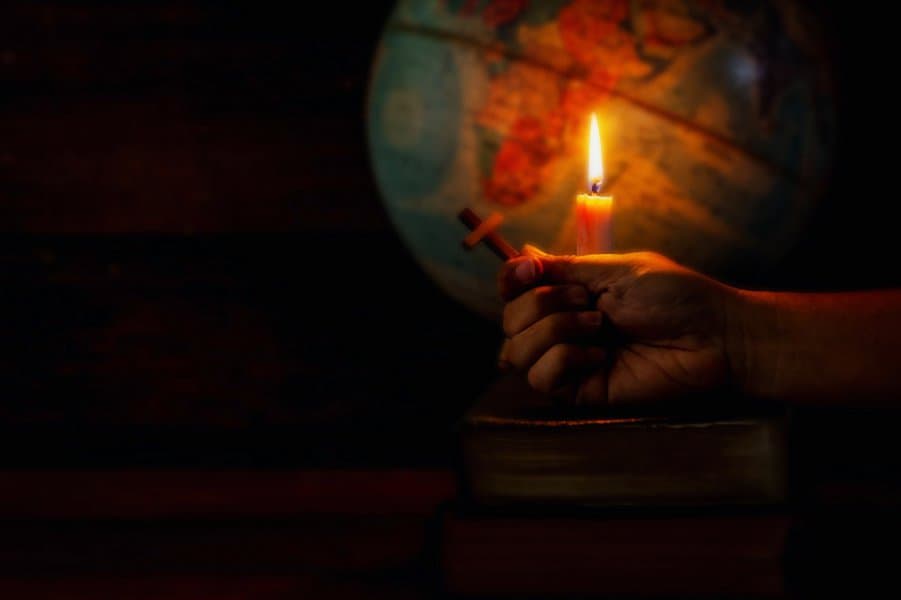 11 Weird Rules in the Bible

Consisting of prophecies, stories, and poetry, the Bible is a sacred religious text who some believe is a creation of divine inspiration. The Bible is central to several religions, notably Judaism and Christianity. The Hebrew Bible or Torah is the oldest of the religious texts. Christianity created the Old Testament based on the Hebrew Bible but diverged from the Torah. The New Testament, which tells the life of Jesus Christ, builds off the Old Testament. Portions of the Bible teach forgiveness, love, justice, fairness, and understanding.

Other individuals interpret the Bible and other religious texts as a justification for violence and slavery. The Bible also contains an endless list of instructions and rules that believers must follow. Some of these odd rules make more sense in context, while others are just weird. While some rules make sense, such as “Thou Shall Not Kill,” others are strange and seem to make little sense, as you are about to discover.

11 Weird Rules in the Bible

1. You Can Only Kill a Burglar at Night 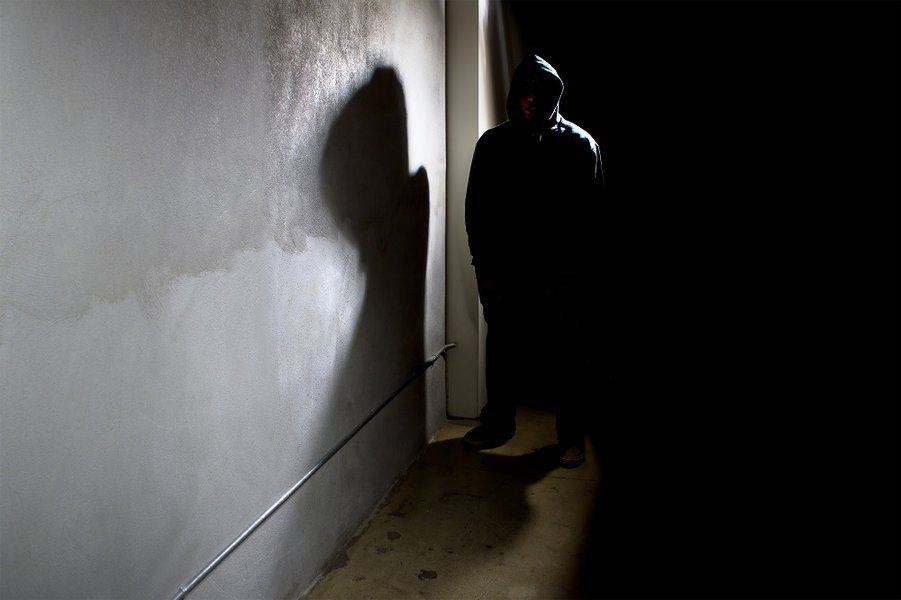 The Book of Exodus tells the tale of Moses and his journey to Mount Sinai. This is where God gave him the Ten Commandments, which even had specific rules for defending your home. In Exodus 22:2-3, it says if a thief breaks in at night, the owner has the right to use lethal force to defend their home. If the burglar breaks in during the day, the owner doesn’t have the right to kill them. Instead, the thief must face up to their crimes.

While it seems like an odd rule on the surface, there’s some practicality to it. The belief was a thief who broke in at night had murderous intentions and it would be impossible to identify the criminal at night. Thus, self-defense was encouraged.

On the other hand, it would be easier to identify a thief during the daytime. Plus, a daytime burglar wouldn’t intend to kill, in theory. Therefore, they should go on trial and pay for their crimes.

2. Don’t Sit Where a Menstruating Woman Has Sat 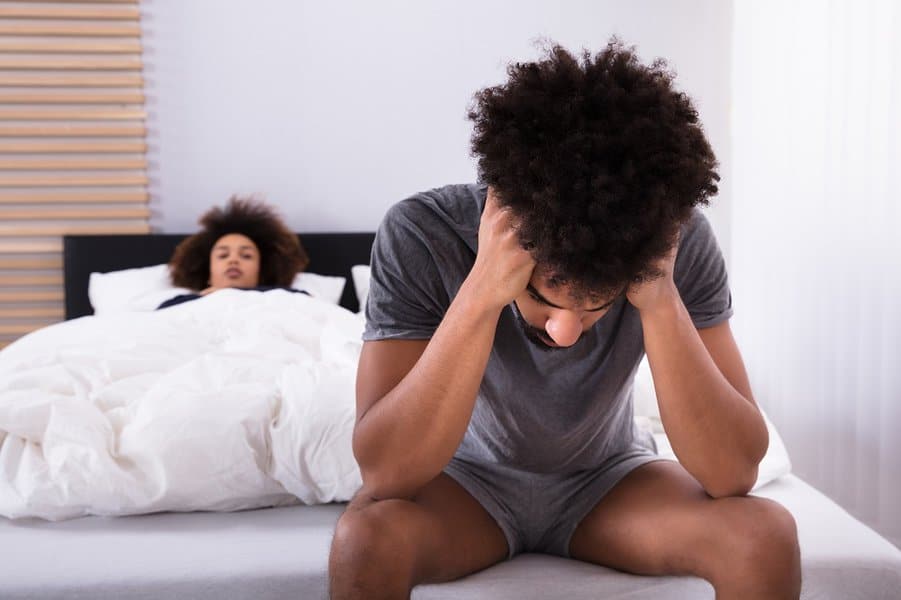 The third book of the Torah, The Book of Leviticus, focuses on Yahweh’s speech to Moses and includes further instructions from God. It also has a strange rule about a woman’s menstruation cycle. According to the Book of Leviticus 15:19-21, “And if a woman have an issue, and her issue in her flesh be blood, she shall be put apart seven days: and whosoever toucheth her shall be unclean until the evening. And everything that she lieth upon in her separation shall be unclean: everything also that she sitteth upon shall be unclean. And whosoever toucheth her bed shall wash his clothes, and bathe himself in water, and be unclean until the evening.”

In other words, people shouldn’t sit where a woman on her period sat. The reason being they believed women on their period were dirty and unclean. Clearly, it isn’t a practical rule that would work nowadays or even back then.

3. Don’t Wear Clothes of Both Linen and Wool 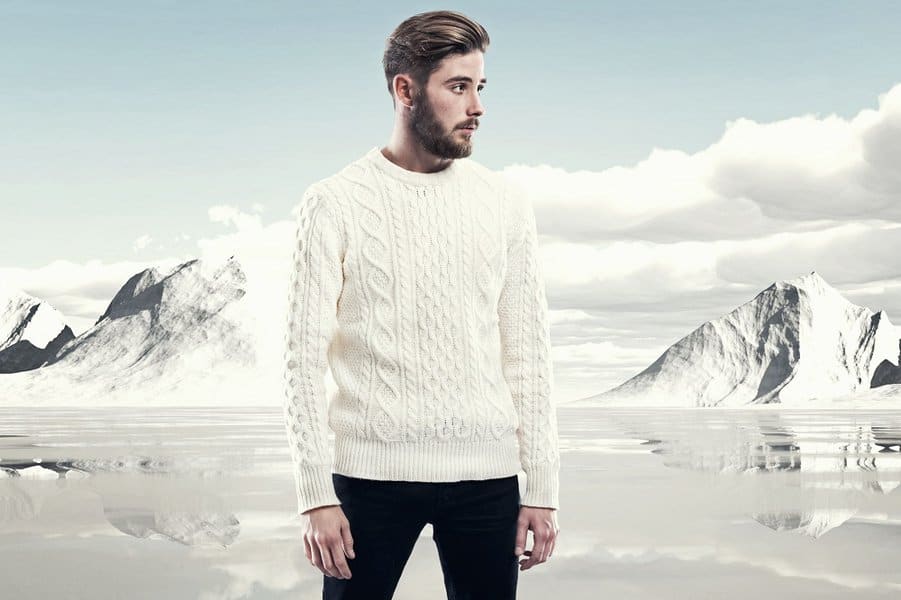 There are specific rules in the Bible that even modern scholars have a difficult time explaining. For instance, in the King James Bible, Leviticus 19:19 prohibits wearing clothes made from wool and linen. It states, “Ye shall keep my statutes. Thou shalt not let thy cattle gender with a diverse kind: thou shalt not sow thy field with mingled seed: neither shall a garment mingled of linen and woolen come upon thee.”

It’s one of the most hotly debated rules in the Bible. Some sources believed mixing wool and linen could entice evil forces and demons to possess the person, while others pointed out that the wool and linen style of clothing was likely for priests only.

4. Don’t Speak the Names of Other Gods 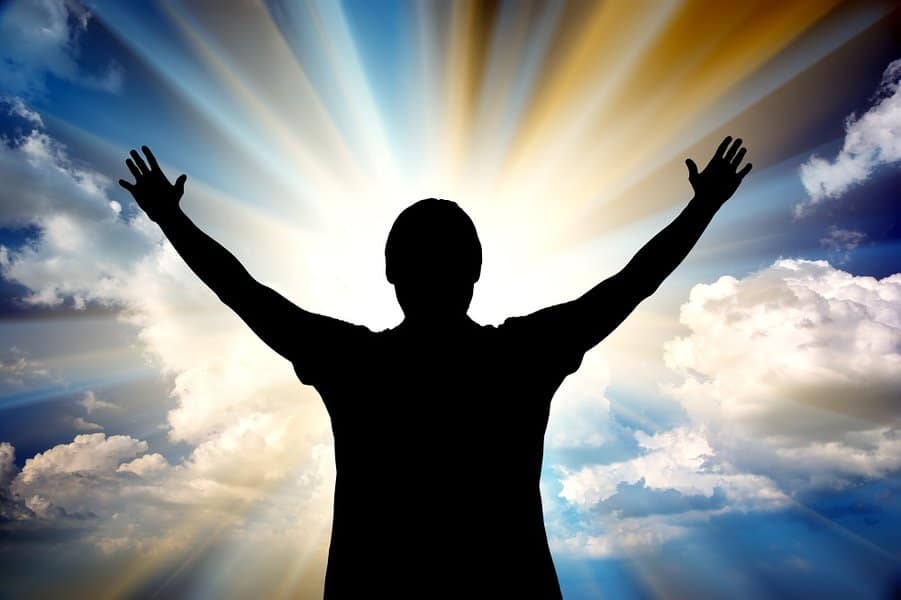 While some passages in the Bible are vague and left open to interpretation, some are straightforward. Exodus 23:13 states, “And in all things that I have said unto you be circumspect: and make no mention of the name of other gods, neither let it be heard out of thy mouth.”

Essentially, believers are not to worship or even mention the names of other gods. Some scholars speculate that mentioning another god’s name with hatred was acceptable. 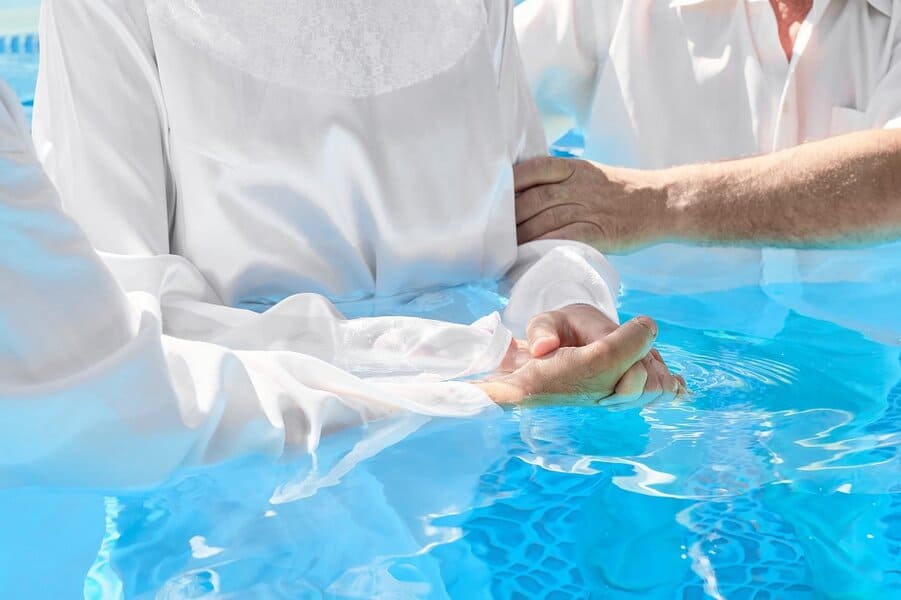 The Book of Numbers is the fourth book of the Hebrew Bible. It focuses on the Israelites’ quest to reclaim the Promised Land. The main themes involve trust and faithfulness. The Book of Numbers 5:11-31 deals with priests forcing women to drink cursed dirty water to determine if they had been unfaithful to their husbands.

It states, “If a man’s wife goes astray and is unfaithful to him so that another man has sexual relations with her, and this is hidden from her husband. The priest shall take holy water in a clay jar; and put some dust from the tabernacle floor into the water. Then the priest shall say to her, May this water that brings a curse enter your body so that your abdomen swells or your womb miscarries.” The belief was the dirty water would cause an abortion. Thus, the woman would either admit to adultery or suffer dire consequences.

6. Strangers Are Not Allowed To Fall Onto a Neighbor’s Roof 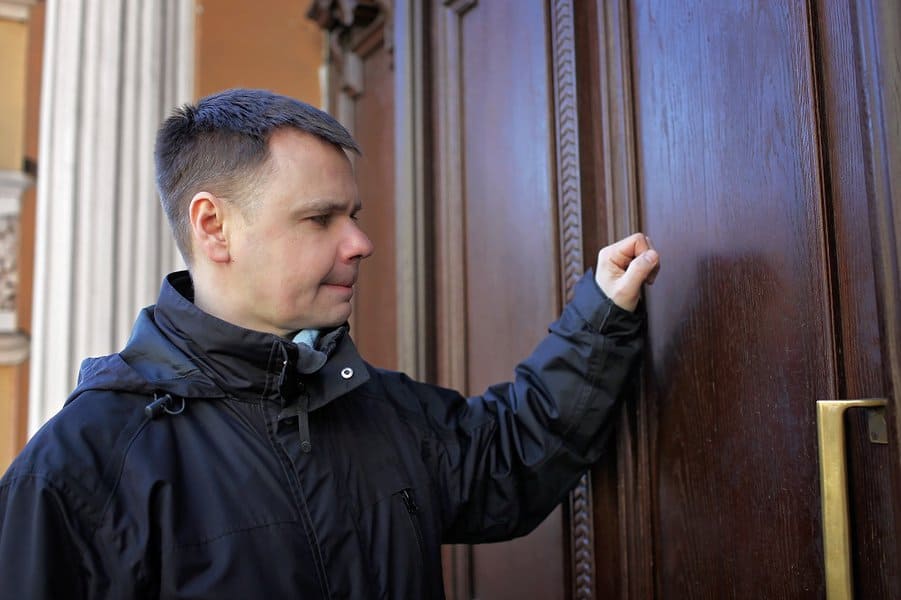 The fifth and final book of the Torah is the Book of Deuteronomy. The book features three famous speeches Moses delivered and his eventual death. It also includes a rule that homeowners were not allowed to have strangers falling onto their roofs. Deuteronomy 22:8 states, “When thou buildest a new house, then thou shalt make a battlement for thy roof, that thou bring not blood upon thine house, if any man fall from thence.”

While it might seem like a silly rule nowadays, it made perfect sense during the writing of the law. It stressed the importance of having a solid and safe roof. At the time, many houses had flat rooftops, so railings were vital to keeping people from falling off. 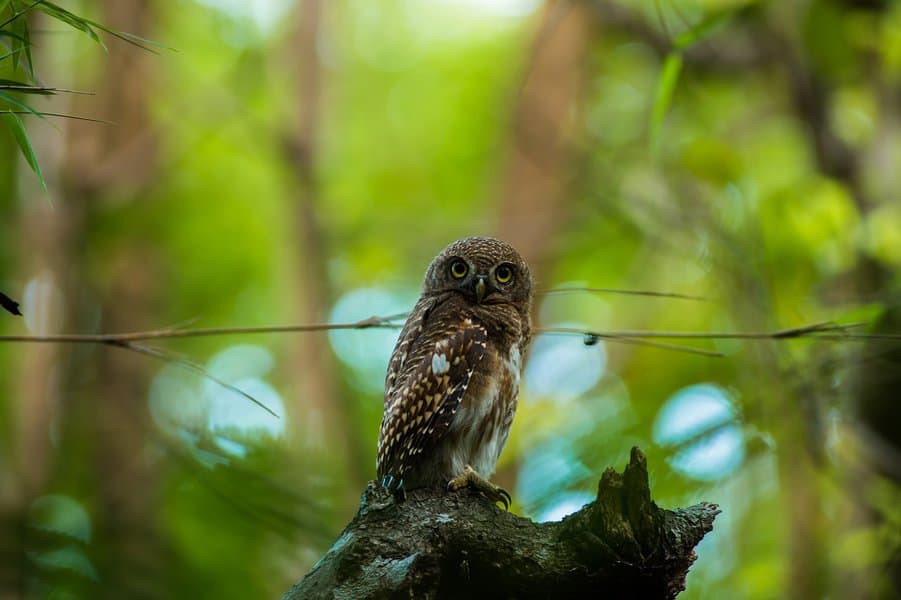 The Hebrew Bible laid out a list of food that was acceptable and unacceptable to consume. The Book of Leviticus makes it clear that certain birds were off limits, such as vultures, eagles, and hawks. But the Bible made a pretty big deal out of eating owls and bats.

According to Leviticus 11:13-19, “And these are they which ye shall have in abomination among the fowls; they shall not be eaten, they are an abomination.” The verse continues, “And the owl, and the nighthawk, and the cuckow, and the hawk after his kind, And the little owl, and the cormorant, and the great owl, And the swan, and the pelican, and the eagle, And the stork, the heron after her kind, and the lapwing, and the bat.”

At the time, many cultures consumed bats and owls. The Bible considered owls cruel and impure since they prefer night and darkness. By cutting off the Israelites’ meat supply, Leviticus saved them from eating bats, which are known for carrying diseases.

8. If Your Slave Refuses Freedom Then Pierce Their Ear 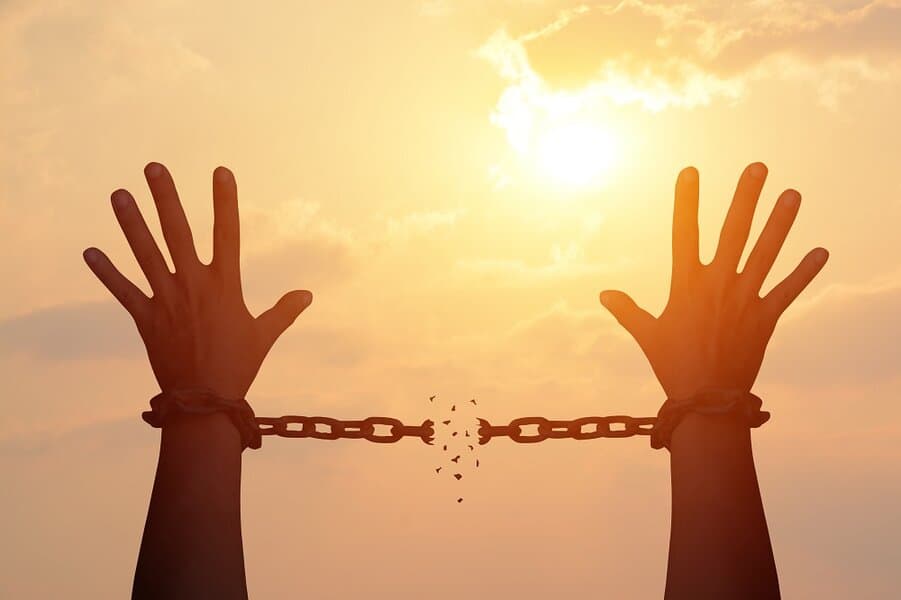 In the second book of the Hebrew Bible, The Book of Exodus, Moses leads the Israelites out of slavery in Biblical Egypt to Mount Sinai. After receiving the Ten Commandments, they enter into a covenant with Yahweh. Regarding slavery, the Book of Exodus has an interesting point of view on the topic. It says if an enslaved person chooses not to be free, the master must pierce their ear.

There’s a bit of controversy surrounding this particular rule. The mark would forfeit all rights that a free person enjoys. It would act as a permanent symbol of their endless servitude. In saying that, there is debate over whether the enslaved people made this choice or it was a punishment.

9. Wives Will Have Their Hands Chopped Off If They Grab Their Husband’s Private Parts 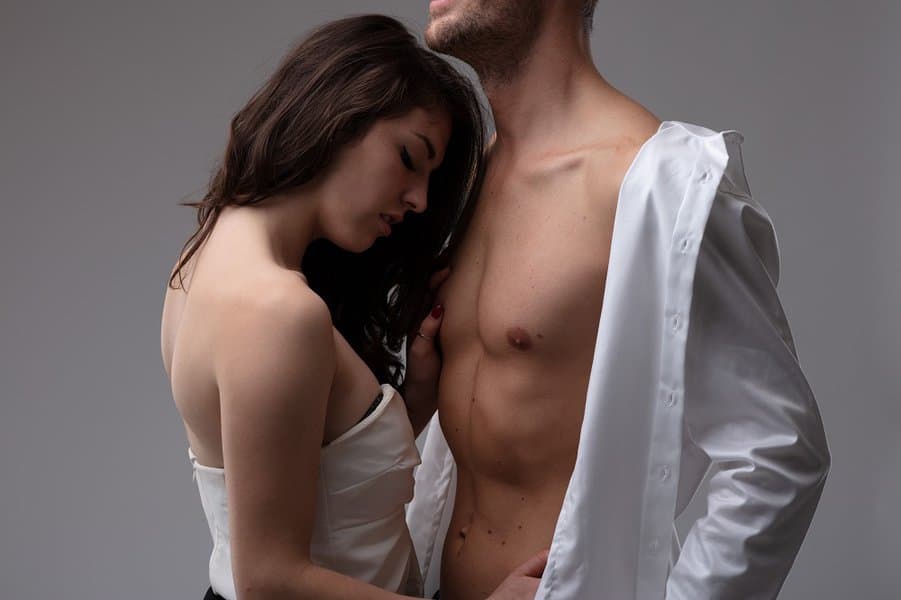 There’s an unwritten rule regarding a legit street fight – no low blows or hitting below the belt. This rule applies to all combat sports, including MMA and boxing. Well, it turns out that low blows have been a problem throughout history. The Bible had a far worse punishment than any athletic commission, but it only applies to women that hit below the belt.

Deuteronomy 25:11-12 states, “When men strive together one with another, and the wife of the one draweth near for to deliver her husband out of the hand of him that smiteth him, and putteth forth her hand, and taketh him by the secrets: Then thou shalt cut off her hand, thine eye shall not pity her.” In this case, secrets refer to a man’s family jewels. The punishment for a wife grabbing a man’s privates was literally having her hand chopped off.

11. No Open Pits for Animals To Fall Into 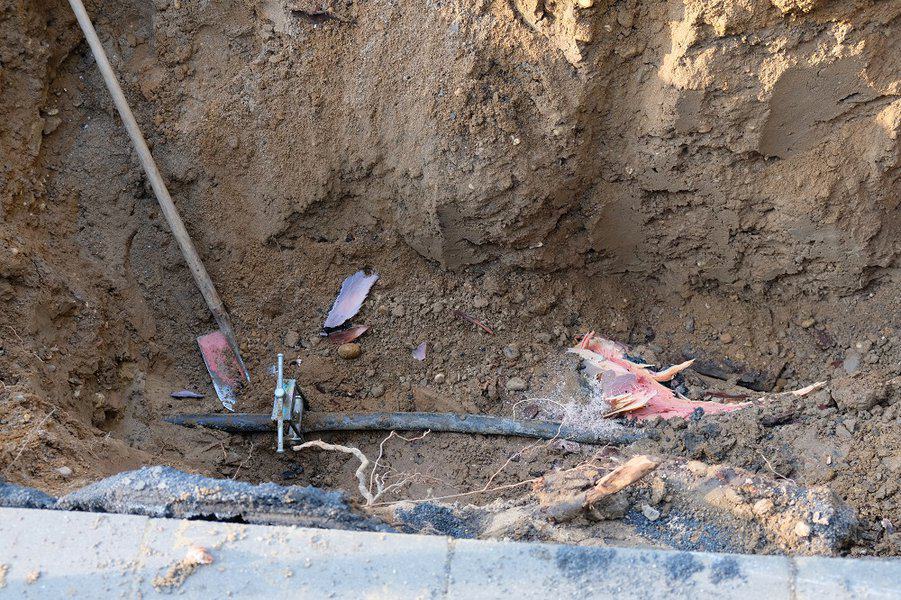 Some of the rules in the Bible might seem odd by today’s standards. One such rule concerns the Bible imploring believers to cover up all open pits and holes to prevent animals from falling in.

Exodus 21:33-34 states, “And if a man shall open a pit, or if a man shall dig a pit, and not cover it, and an ox or an ass fall therein; The owner of the pit shall make it good, and give money unto the owner of them; and the dead beast shall be his.” It was common for people to dig up a well or a giant hole during that time. Thus, animals, such as horses and cattle, were in danger of falling into the pit. 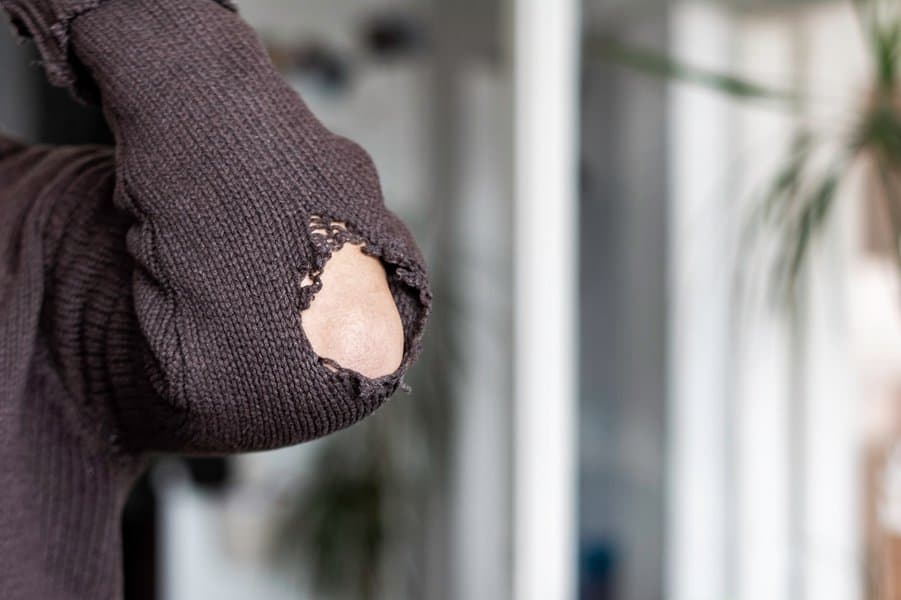 In Late Antiquity, it was common for people to tear their clothes as a sign of grief or mourning. However, in Leviticus 10:6, Moses implores Aaron to resist the urge to tear his clothes and deal with his grief differently.

The verse states, “And Moses said unto Aaron, and unto Eleazar and unto Ithamar, his sons, Uncover not your heads, neither rend your clothes; lest ye die, and lest wrath come upon all the people: but let your brethren, the whole house of Israel, bewail the burning which the Lord hath kindled.” Moses is telling Aaron and his sons to find a healthier and more productive way to mourn.