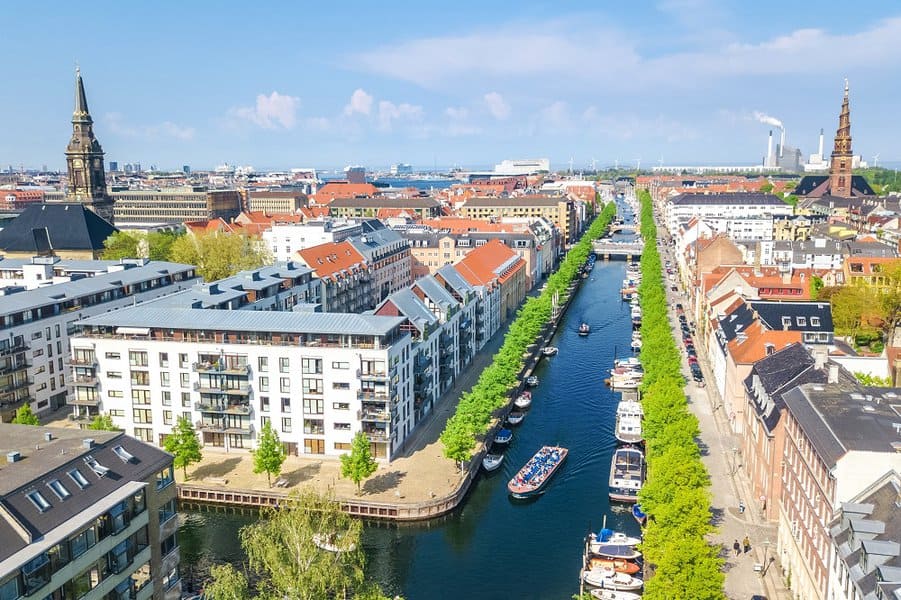 What Is the Cleanest Country in the World? Here Are the Top 10

While you probably don’t book your holidays based on what the cleanest country in the world is, it is always nice to know the place you have chosen is not infested with rats or swimming in disease. You probably aren’t aware but there is a formula put in place to calculate the environmental status of every country. Known as the Environmental Performance Index (EPI), this handy tool is used to calculate what is the cleanest country in the world.

Developed by World Resources Institute and the International Institute for Sustainable Development in 1996, the EPI measures a variety of indicators across different categories and ranks 180 countries on things like climate change performance, environmental health, and ecosystem vitality.

The latest data gathered by Yale University uses 40 different indicators across 11 issue categories. The EPI scores are calculated out of 100 and not only show what countries are clean and environmentally friendly, but detail where improvements can be made, be that with the water supply, the amount of pollution in the air, or waste management.

Wondering if your country makes the top ten? Read on and find out, but don’t blame us if you’re home country is doing a poor job of staying clean.

What Is the Cleanest Country in the World? Here Are the Top 10 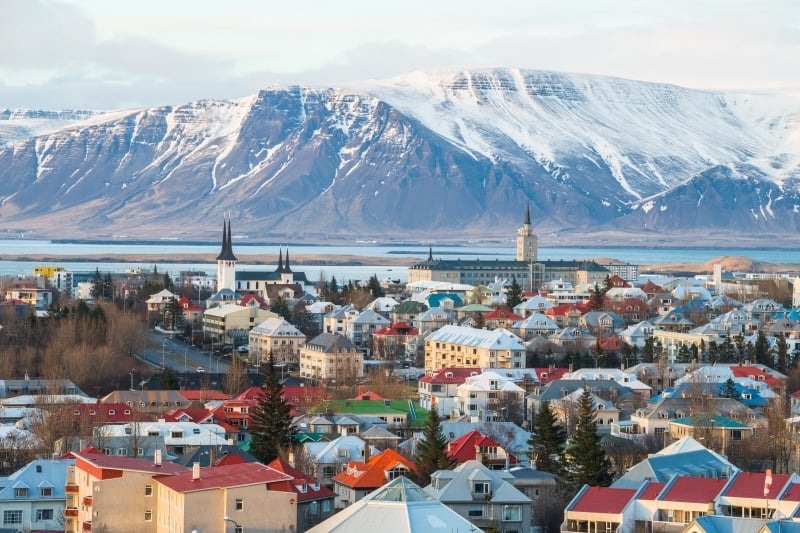 Is there a more beautiful country than Iceland? The Nordic island is an incredibly attractive country with soaring mountains, crystal clear lakes, and dense forests that is a winter wonderland all throughout the year. With a population of less than 380,000 (most live in the capital Reykjavik), it remains an isolated country with a strong economy that doesn’t rely on tourism, although that certainly helps.

Narrowly beating out the Netherlands with an EPI score of 62.80, Iceland comes in at the tenth spot of the cleanest countries in the world. It scores 100 out of 100 on the species habitat index and when it comes to air quality, sanitation, and drinking water. It’s also the fourth-ranked country when talking about happiness, with the locals feeling supported by their government. 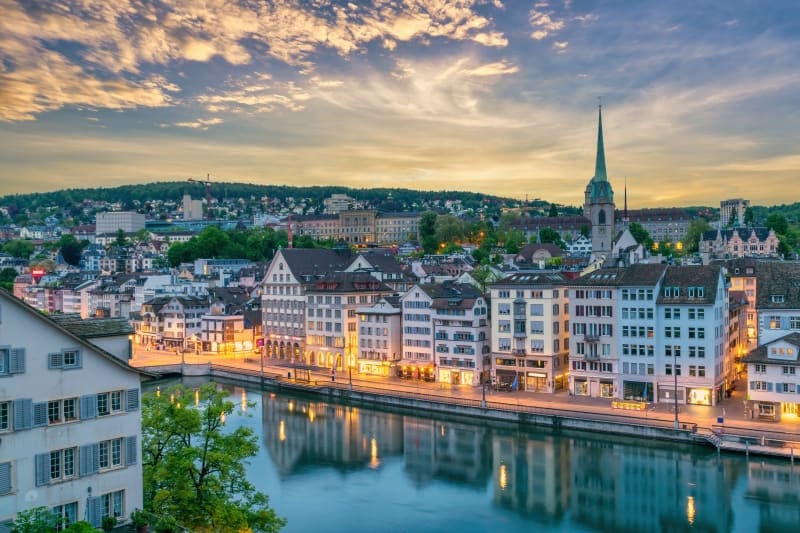 Considering how expensive Switzerland is to visit, let alone live, it’s not surprising it ranks well when it comes to cleanliness. Cities such as Zurich, Geneva, and Bern have large populations where the cost of living is exponentially more than in most European nations.

When it comes to the Environmental Performance Index, Switerzland scores 65.90 thanks to its great sanitation system and waste management network. The country wants to be one of the leading lights when it comes to climate change and is pledging to attain net zero greenhouse gas emissions by 2050. 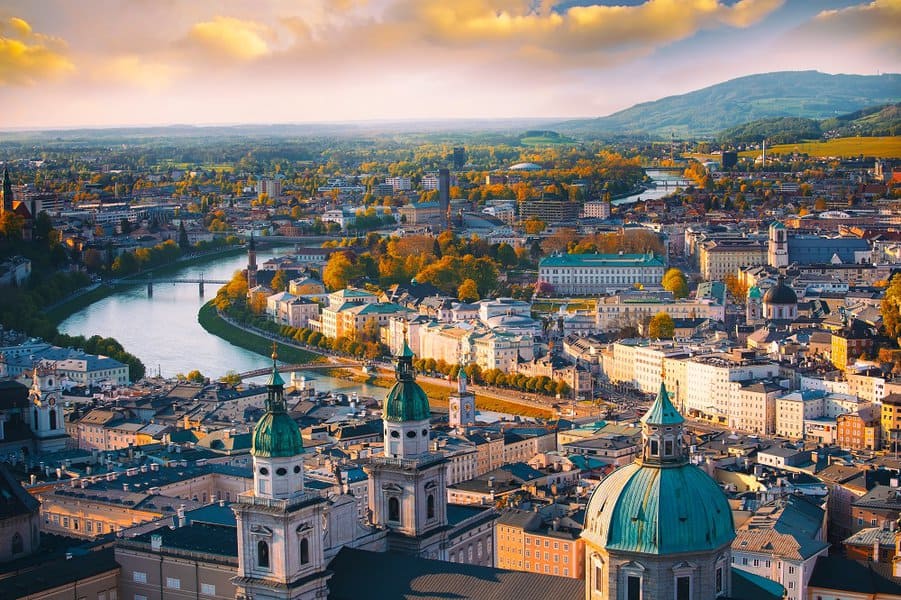 Dropping several spots from previous years, Austria still makes the top ten in 2022. A wonderful country with a deep history and a rather calm political outlook (the people actually like who they elected), Austria is also one of the richest countries in the world with a very high standard of living.

While its climate change policy isn’t the best, it does rank extremely well for grassland loss, acidification, drinking water, and black carbon growth rate. Austria also ranks second when it comes to waste management and is equal top with Luxembourg when it comes to political stability and the absence of violence in its society.

Austria is well known for its ski slopes, composers (Johann Strauss, Sr., Wolfgang Amadeus Mozart, and Franz Liszt were all born there), and film industry. It’s also the birthplace of the Austrian Oak, Arnold Schwarzenegger. 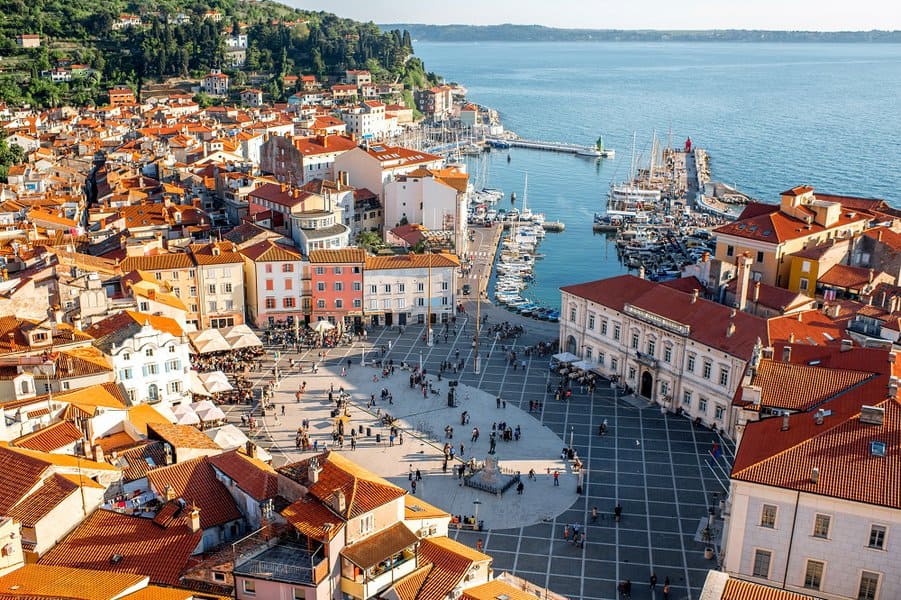 This is another country that might surprise some people regarding the 10 cleanest countries in the world. Slovenia is a European country that is mainly covered in forests and mountains with a strong economy and a rich culture that has contributed much to music, film, and art.

When it comes to its EPI total score, Slovenia leads the way in Eastern Europe (it’s the highest ranked country) with a score of 67.30. Slovenia doesn’t rank that high for most of the categories used to calculate its total EPI score, but when averaged out they give Slovenia an impressive total score of 67.30. 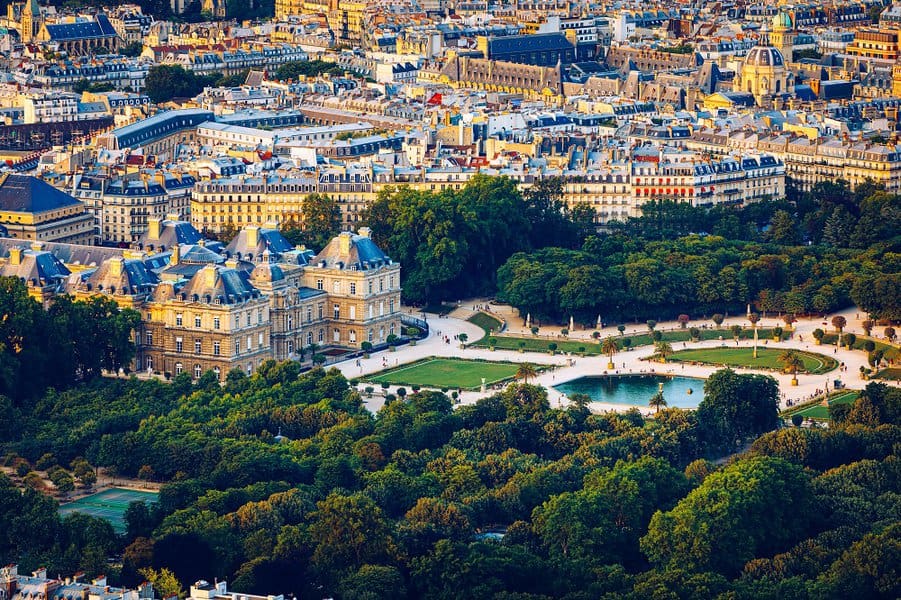 For most people, a visit to Luxembourg is all about getting that extra stamp in your passport. The landlocked nation is one of the smallest countries in both size and population in all of Europe. The city is a UNESCO World Heritage Site and the citizens speak the native language Luxembourgish along with French and German.

You might think a small country like Luxembourg has no interest in keeping up with its bigger neighbors when it comes to being environmentally friendly, but that is not the case. The country has 100 EPI when it comes to acidification (the emissions that create acid rain), terrestrial biomes (both nationally and globally), waste management, and sanitation.

Luxembourg also tops the charts for political stability and the absence of violence in its society, which isn’t surprising given the size of the country and its population. 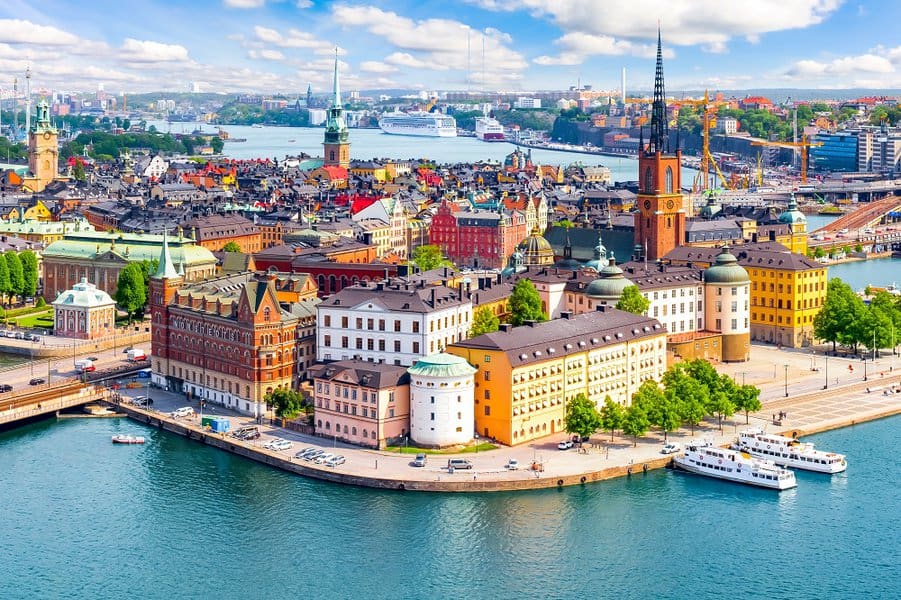 When it comes to dream countries, it’s hard to go past Sweden. Although it’s one of the few countries that still has a monarchy, Sweden is very forward-thinking and accepting of all people no matter where they are from in the world. It provides universal health care and tertiary education for all its citizens, something people from all nations should have access to.

As far as cleanliness goes, Sweden tops the EPI rankings when it comes to marine protected areas, grassland and wetland loss, wastewater treatment, and black carbon growth emissions. Sweden also takes out the third spot when it comes to health, with the second best air quality in the world. 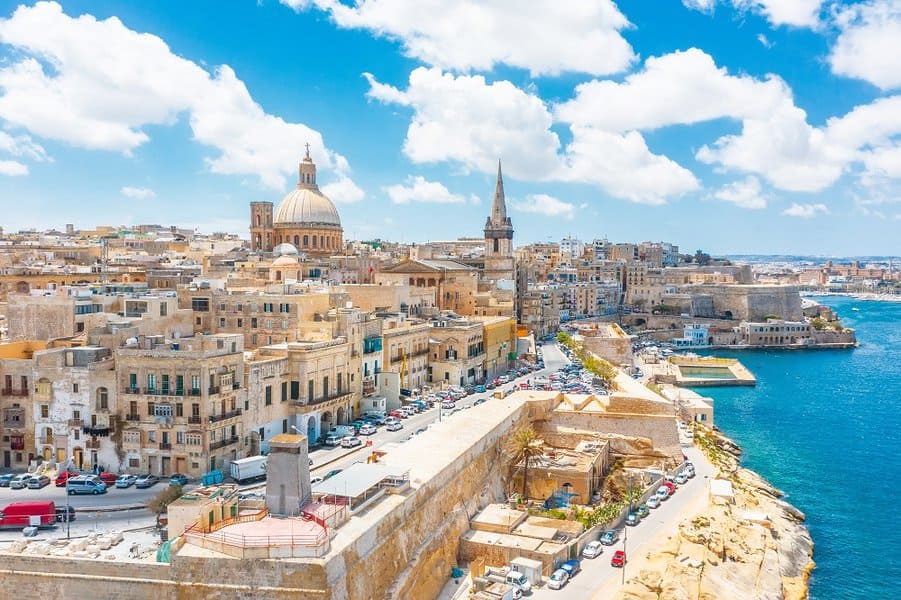 Located between Sicily and the shores of Northern Africa, Malta is a cultural melting pot in the Mediterranean Sea. With a population of just over 500,000, it is one of the smaller countries on the list with a population that speaks Maltese, English, and Italian.

Malta protects over 17% of its terrestrial biomes, has an EPI score of 100 when it comes to tree cover loss (meaning for every tree cut down a new one is planted), and has some of the cleanest drinking water in the world.

All these factors combine to make Malta an attractive location for anyone wanting to visit a European city that is environmentally friendly. It has over three times more tourists visiting each year than the current population and is known for its fantastic beaches, great local food, and spectacular art museums. 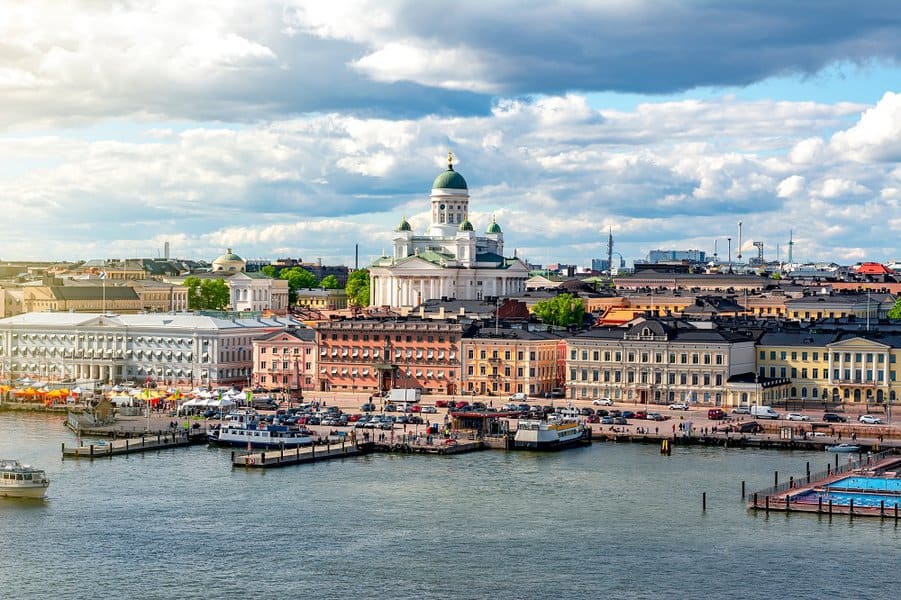 The third Scandinavian country to make the top ten, Finland is doing its bit to become the world’s cleanest country. With 35% of Finland’s energy coming from renewable energy resources, the Nordic nation tops the statistics when it comes to sanitation, drinking water, wastewater treatment, and marine protected areas.

As well as being clean, Finland is the happiest country in the world. The people of Finland really came together during the pandemic and this is believed to be one of the main reasons why there’s such a good feeling amongst the population. They also believe they had a choice when it came to vaccinations and didn’t have mistrust in their government like so many other countries. 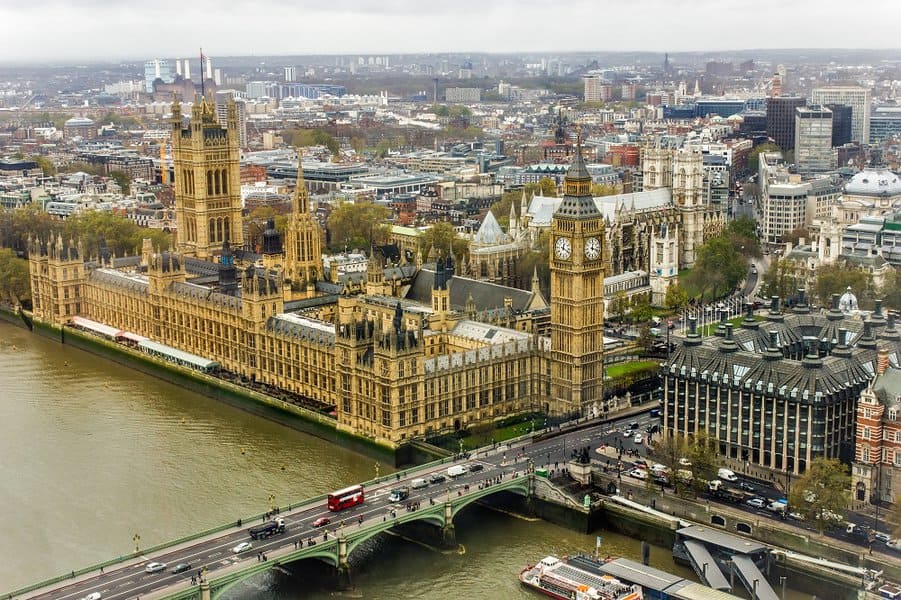 Coming in a close second is the United Kingdom. Made up of England, Scotland, Wales, and Northern Ireland, the UK has a population of over 67 million and has a perfect EPI score of 100 when it comes to sanitation and drinking water. It also ranks well for adjusted emission growth rates for SO2, NOX, and black carbon.

It’s quite impressive for the UK to rank so high, especially as it is made up of four different countries and has such a huge population. London alone has over 8 million people and remains a big tourist destination for many due to the country’s history and modern setup. 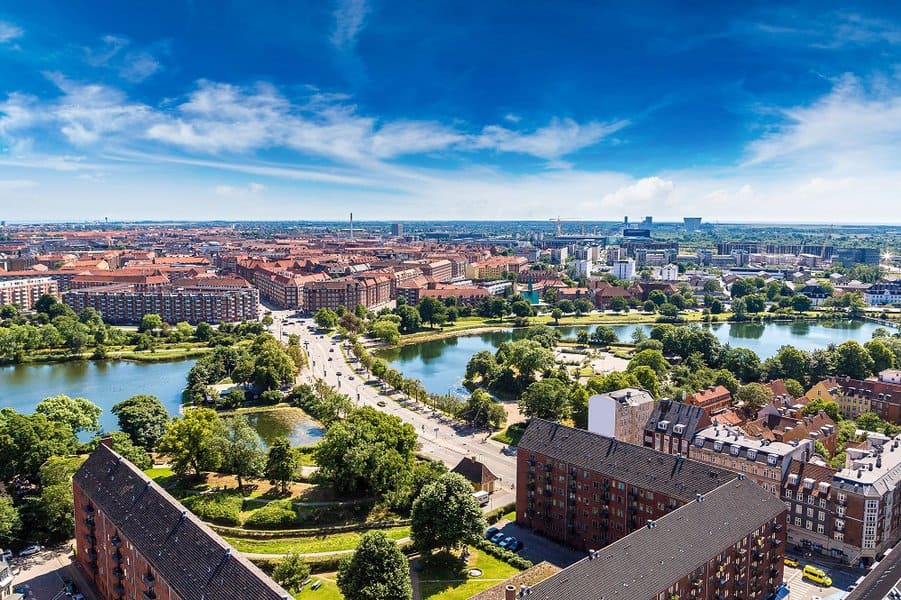 Denmark is hands down the cleanest country in the world. Anyone who has visited the Scandinavian nation wouldn’t be surprised by its high ranking. The Danes do a great job keeping the streets clean as reflected in their EPI score of 77.99.

The Danish government has received much praise for the way they are trying to create a sustainable future for their country. They have established many new laws and policies embracing renewable energy and are doing their best to cut down on greenhouse gas emissions.

As well as being clean, Denmark is one of the most progressive countries that also ranks well in a variety of other categories, including education, democracy, health care, and LGBTQA rights.