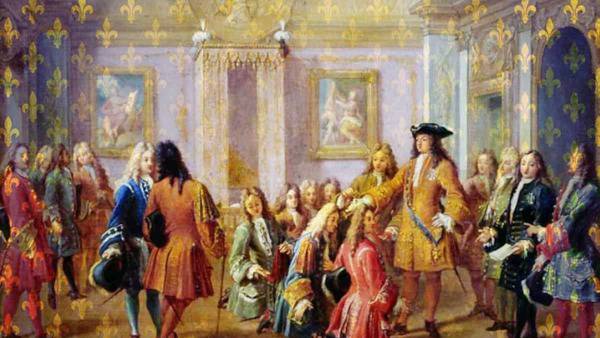 11 of the Wildest Parties of All Time

Everybody loves getting loose at a party, but some people take it to the extreme. While most modern shindigs revolve around friends and family celebrating a big event, others take it to the next level. History is littered with people who have thrown some of the wildest parties ever recorded. While a game of beer pong might be the highlight of your next bash, these parties are full of sex, drugs, and good old fashioned rock and roll. The wildest parties are extravagant occasions where people indulge in all manner of substances and activities.

From the ancient Egyptian Festival Of Drunkenness to Cardi B’s crazy 28th birthday celebrations, these are 11 of the wildest parties of all time.

1. King Louis XIV Threw A Week-Long Celebration For His Lover 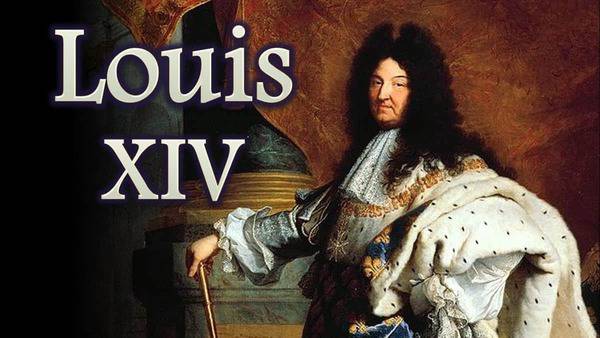 King Louis XIV is the longest-serving monarch in history, so it makes sense that he threw a number of memorable parties during his reign. The most famous is the first party held at Versailles. It was known as the Pleasures of the Enchanted Isle. This week long event was touted as being a celebration for Louis the Great’s mom. But it was in fact thrown for his mistress Louise de la Vallière. King Louis XIV was a bit of a player who was known to have had many girlfriends on the side.

As was the custom at that time, guests dressed in elaborate costumes and were treated to all manner of spectacles. There was a recreation of Apollo’s chariot, a huge whale float, and horse races conducted on the grounds of the palace. Dancing and drinking were all part of the fun, with King Louie even showing off his moves. Things almost ended in disaster when stray fireworks hit a fake castle that had been built. It caught fire and almost burned down the real Versalles. Thankfully the fire was put out and the revelers continued enjoying the festivities.

2. The Egyptian Festival of Drunkenness 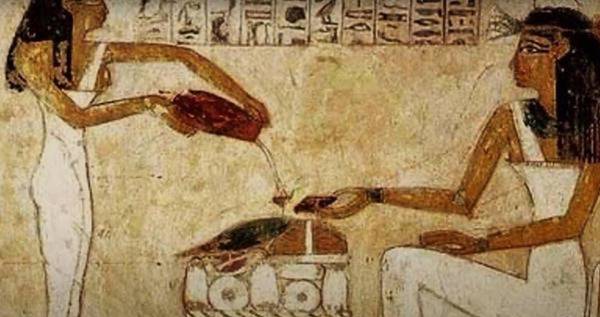 Believe it or not, the Egyptians were big fans of booze. So much so that they held an annual festival where they all came together and got shitfaced. The Festival of Drunkenness was held to celebrate a moment in Egyptian mythology. The vile god Hathor was planning on wiping out humans but had one too many ales and ended up passing out, saving humanity from his wrath. To honor this moment, the festival was created to celebrate the population escaping death. It was said to be one big orgy of dancing, drinking, and of course, sex. Lots of sex. This festival was also unique in that everyone celebrated, from high-ranking officials down to lowly peasants. Everybody got on the booze when the Festival of Drunkenness came around. 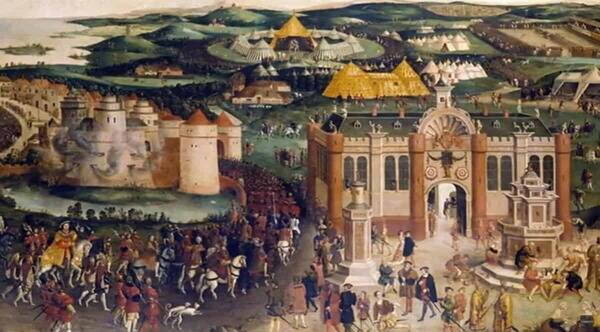 Kings really know how to party. King Henry VIII and King Francis I meet up to discuss political matters in June of 1520. But instead of discussing issues faced by their respective countries (England and France), the duo threw an epic two-and-a-half-week party. Now known as the Field of the Cloth of Gold, no expense was spared on this soiree. Both leaders wanted to impress the other and each spent a small fortune on the event.

A temporary palace was built, along with many other pavilions, and filled with expensive furnishings. Over 6,000 workers were enlisted to build the palace, with two large fountains filled with beer and wine erected out the front for guests to enjoy.

After the resounding success of his novel, In Cold Blood, author Truman Capote threw a masquerade ball at the Plaza Hotel in New York. While he was said to have put the ball on in honor of friend and The Washington Post publisher Katharine Graham, many believe that was just a ruse to throw a party for himself.

Capote spent all summer planning the ball, inviting a mix of high society and regular folk to the much publicized event. The ball was lavish, with gold candelabras on each table and 450 bottles of Taittinger champagne provided for guests to drink. They were also served scrambled eggs, sausages, biscuits, pastries, spaghetti and meatballs, and chicken hash at midnight. This was Capote’s favorite dish from the hotel. It was an extravagant event that laid the blueprint for masquerade balls of the future. 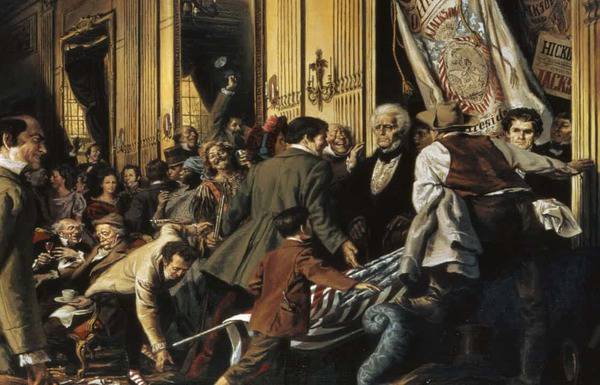 When the man known as Old Hickory got the top job in Washington, people were pretty chuffed. President Andrew Jackson got a little excited himself, apparently proclaiming the inauguration an open house. It’s believed around 20,000 boozy revelers showed up at the White House, forcing their way in and almost destroying the place on the hunt for alcohol. Things got so hectic Jackson had to escape through a side window.

The inebriated partygoers were lured out of the White House by the promise of free booze. Jackson had to ask Congress for $50,000 to fix the damage caused by the rioters.

6. Alexander the Great Celebrates Conquering Persepolis By Throwing a Party and Burning the City To the Ground 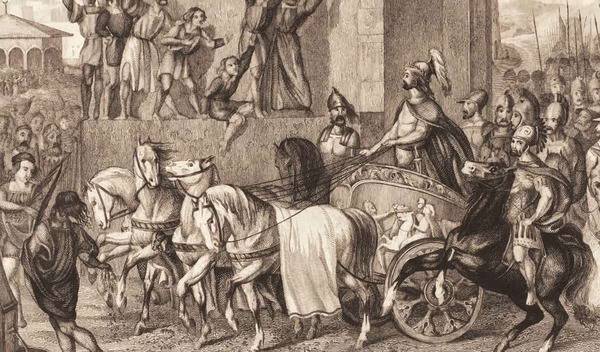 Some men just want to watch the world burn. Alexander the Great ruled most of the world at one point during history, with one of his greatest victories coming when he conquered the Persian Empire. Having ransacked the city, it was during a victory party that Alexander was said to have been persuaded to torch the city. Thais, the mistress of Alexander’s general Ptolemy, was believed to have suggested burning Persepolis during the festivities. Next minute Alexander had his men set fire to Persepolis and burn it to the ground.

Alexander was had to have said he actually burnt the city as revenge for the Persians attacking Athens during the Persian War, but we all know the power women can have over men. Alexander isn’t fooling anyone.

7. Pope Alexander VI Holds a Party To See Who Can Sleep With the Most Sex Workers 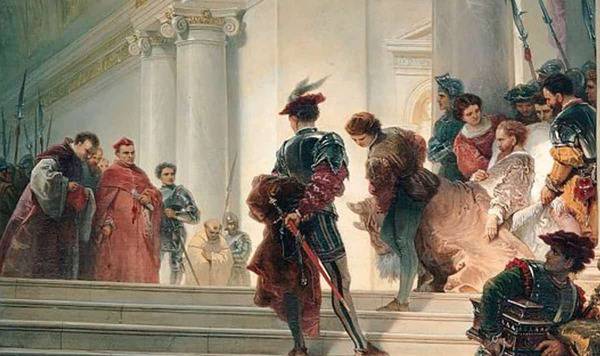 Religious leaders being involved in sex-crazed parties isn’t a surprise. In 1501 Pope Alexander VI decided to organize a huge party for Roman nobility and Catholic Church officials. There was a feast of meat and wine before old mate Alexander introduced 50 sex workers to the party. These ladies jumped up onto the tables and performed stripteases for all in attendance. While everybody was no doubt frothing at the mouth at the chance to spend the evening with these women, Alexander stepped things up by declaring whoever slept with the most ladies of the night would win a prize.

There is no record of the prize or who won, but there is doubt all those who participated enjoyed themselves. 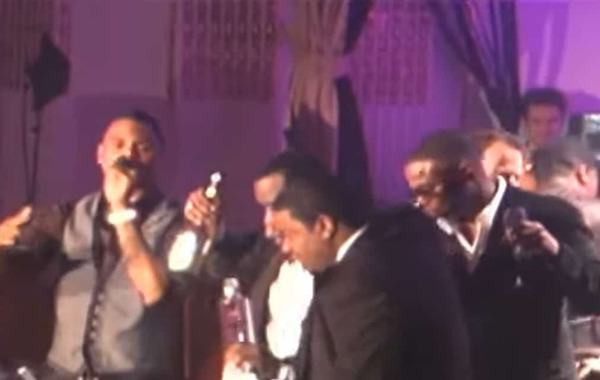 Inspired by Truman Capote’s masquerade ball, media mogul P. Diddy threw himself an over-the-top and crazy party for his 40th. Similar to Captoe, Diddy held his event at The Plaza Hotel in New York City. His was Garden of Eve themed, with the rapper and producer inviting around 500 guests. They were treated to gallons of champagne and of course, Ciroc vodka, Diddy’s own brand. Al Green even performed an intimate showcase for all those in attendance.

The guest list was a who’s who of the entertainment world, with Jay-Z and Beyonce, Bono, Martha Stewart, Kim Kardashian, and Spike Lee just some of the big names who attended. The party cost around $3 million, which Diddy paid for out of his own pocket. 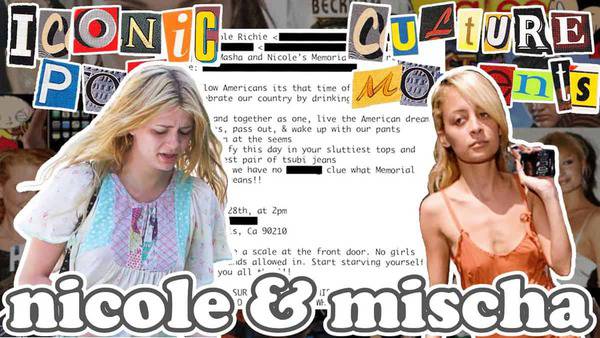 This wild party became infamous when the invitations were leaked to the public. Ritchie quickly came under fire for the guidelines listed in the invite to partygoers.

“Let’s glorify this day in your sluttiest tops and your tightest pair of Tsubi jeans, even though we have no clue what Memorial Day really means!! There will be a scale at the front door. No girls over 100 pounds allowed in. Start starving yourself now.”

Not only was that in poor taste (Ritchie claimed it was a joke), but things got even worse when Mischa Barton of The O.C. had to be rushed to hospital while at the BBQ after getting sick from mixing prescription meds with alcohol. Besides Barton almost dying, the party was apparently a success, with Ritchie’s good friend Paris Hilton one of the many celebrity guests. 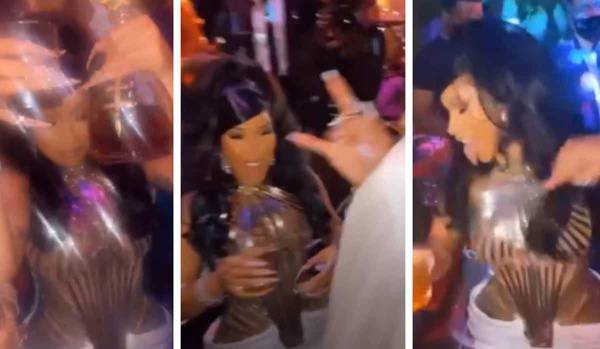 Is it any surprise that Cardi B ended up on this list? The stripper turned rapper turned media icon has come a long way from dancing on poles for a living. Cardi has a taste for the high life and went all out for her 28th birthday in Las Vegas a few years back. The champagne bottles were popping as Cardi, along with her husband Offset, got down and dirty on the dancefloor. The guest list included the likes of Kylie Jenner, Megan Thee Stallion, Teyana Taylor, and The Weeknd, and if the social media images and videos are anything to go by, things got wild. There were strippers getting their kit off and videos of Cardi twerking on Offset that would make most men blush.

Speaking of Offset, he came through on the gift side of things, giving Cardi a $330,000 Rolls-Royce Cullinan. That said, he did up his game for her 29th birthday last year by gifting his wife a $1.5 million investment property in the Dominican Republic. Lifestyles of the rich and famous. 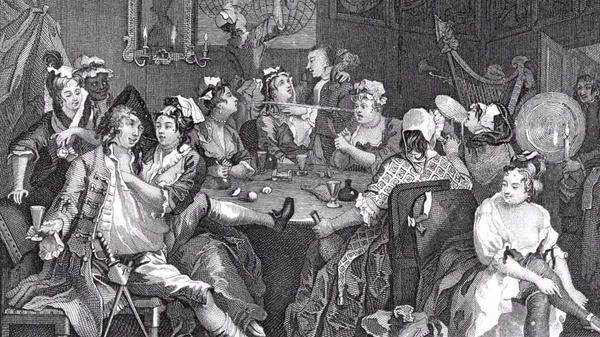 Fresh from a victory over the French, Admiral Edward Russell was instructed to dock in the Spanish port of Cadiz for the winter before returning to England. Not happy with the choice of port or his orders, Russell went against the wishes of his superiors and threw a massive party on Christmas day. It is believed there was over 800 waitstaff with something like 150 different dishes served throughout the festivities. But the real kicker was a giant punch fountain filled with over 2,800 liters of spiked punch. The fountain was so big that a young boy in a boat was employed to row around the fountain and pour drinks for everyone.

While we don’t recommend drinking booze out of a fountain, you can make your own Admiral Russell punch following this recipe.