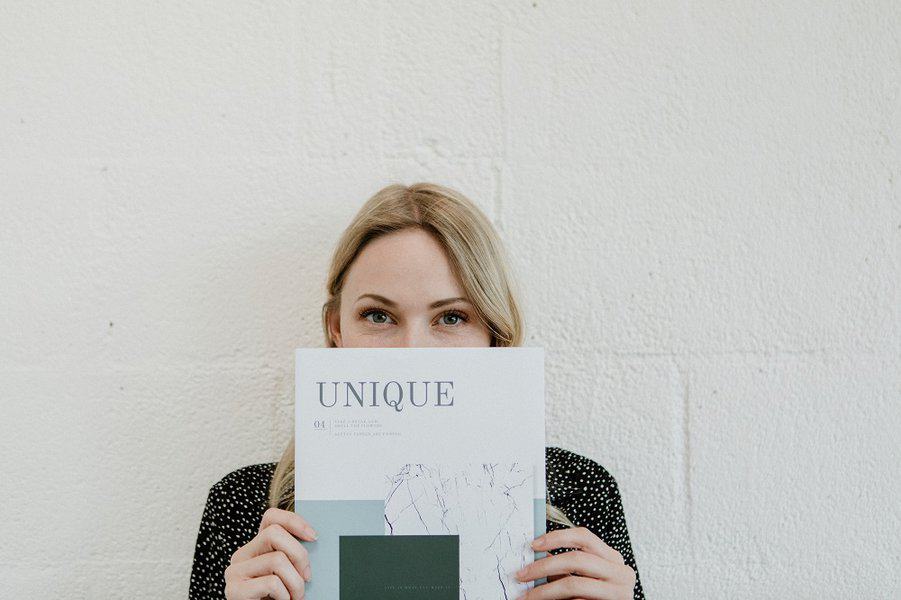 Words Unique To English: 230 Words and Their Meanings

Ever felt the need to absquatulate? Got yourself into a kerfuffle at work? Or maybe you’ve come across a conundrum and aren’t sure what to do? If you aren’t familiar with a few of these words don’t fret, as they are just some of the thousands of words unique to English that you may never have heard before.

You might think you have a solid grasp of the English language, but there are so many words that make it up it really is tough to know every word. There are an estimated 171,146 words in the English language today, with an additional 47,156 obsolete words according to the Oxford Dictionary. So it’s no real surprise there are tons of words you may never have heard of or had to use during your everyday life.

But if you want to expand your vocabulary or have a passion for language, you might want to learn some of these unique words. That’s where we can help. We have collected 230 words unique to English below, along with the type of word they are and what they mean so you can start impressing everyone with your knowledge of the English language.

Words Unique To English: 230 Words and Their Meanings 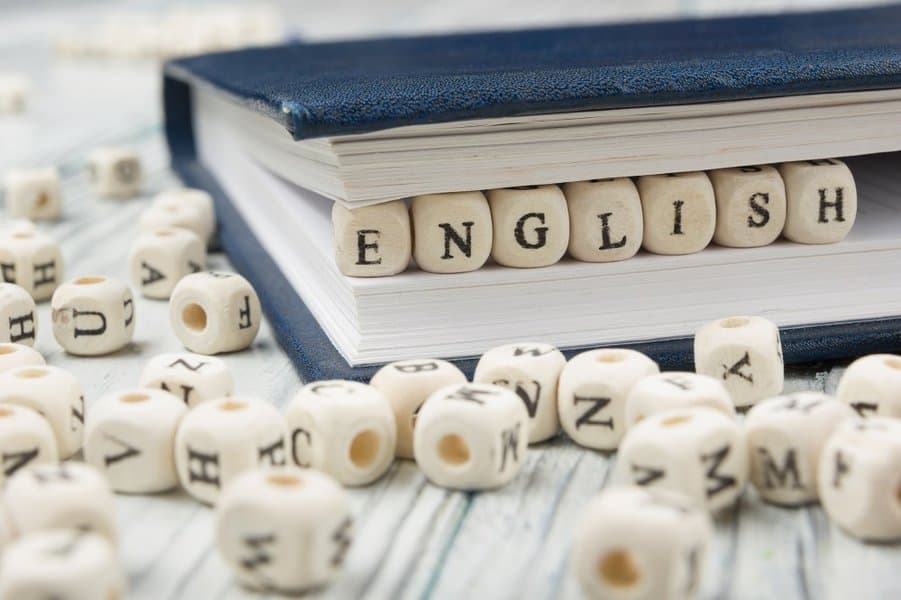 1. Abibliophobi (noun) – The fear of running out of things to read.

2. Abomasum (noun) – The fourth stomach of a sheep or cow.

4. Acatalectic (adjective) – Having a full line of syllables.

5. Accismus (noun) – This foreign word comes from the Latin word accismus and means to feign interest in something when you really covet it.

7. Ailurophile (noun) – The word for someone who is a cat lover.

9. Amok (noun) – A sudden assault against people that comes from nowhere.

10. Amphisbaena (noun) – A serpent in mythology that has a head at either end of its body.

11. Anachronism (verb) –  Something (or someone) that is out of place in terms of time or chronology.

13. Atingle (adjective) – To tingle with excitement.

15. Argle-bargle (noun) – A word used to denote someone who is waffling on or talking rubbish.

17. Aurora (noun) – Natural light in the sky caused by particles from the sun interacting with the planet’s magnetic field.

19. Bailiwick (noun) – Any area in which someone has superior knowledge.

20. Bamboozle (verb) – To confuse or baffle someone.

22. Bodacious (adjective) – Someone with a curvy body.

23. Borborygmus (noun) – The sound your stomach makes when you are hungry.

24. Brouhaha (noun) – When someone is overly excited about something.

26. Bumbershoot (noun) – Another word for an umbrella.

27. Bumfuzzled (adjective) – A cool word that means a state of confusion or shock.

28. Bumfluff (noun) –  When someone gets their first hairs on their face.

30. Calliope (noun) – A word that stands for the Greek Muse of heroic poetry and also doubles as an instrument similar to the organ.

31. Cattywampus (adjective) – When something is going badly or awkwardly.

34. Clinomania (noun) – An excessive desire to stay in bed.

35. Collywobbles (noun) – A strange feeling in your guts.

36. Connecticutian (noun) – Someone who is a resident of the state of Connecticut.

38. Conundrum (noun) – A problem that is difficult to solve.

42. Cryptozoology (noun) – The search for legendary animals that don’t exist.

43. Defenestration (noun) – Throwing someone out of a window.

48. Doohickey (noun) – A small object you can’t remember the name of.

50. Dowdy (adjective) – Something old or shabby.

51. Draconian (adjective) – Something that is harsh or unfair.

59. Erinaceous (adjective) – Something related to a hedgehog.

61. Ethereal (adjective) – Not from this world.

63. Facepalm (verb) – An expression of embarrassment.

65. Finagle (verb) – To achieve something through trickery.

66. Flabbergasted (noun) – Being surprised or shocked.

67. Flawsome (adjective) – Someone who is awesome despite their flaws.

69. Flimflam (noun) – To trick or deceive someone.

70. Flummery (noun) – Porridge made with flour.

71. Flummox (verb) – Once common in American English, this word means to confuse.

72. Flyspeck (noun) – Something small or insignificant.

74. Frangipani (noun) – A perfume that smells like the flower plumeria.

76. Funambulist (noun) – A person who walks a tightrope.

77. Gadzooks (interjection) – To be surprised.

78. Gambit (non) – An opening remark. Also the name of an X-Men character.

79. Gazebo (noun) – A free-standing structure with no walls.

82. Glabella (noun) – The smooth area between your eyebrows.

89. Heliophile (noun) – Someone attracted to sunlight.

90. Hillbillly (noun) – Someone from a backward area.

97. Impedimenta (plural noun) – Things that get in your way or stop you from carrying out tasks.

103. Interrobang (adjective) – A combination of the question mark and exclamation mark that looks like this; ‽.

104. Iridescent (adjective) – Colors that seem to change when looked at at different angles.

109. Jentacular (adjective) – Relating to anything breakfast.

112. Kaput (adjective) – Something that is destroyed.

113. Kerfuffle (noun) – A commotion or disturbance.

121. Languor (noun) – Weakness or weariness of body or mind.

124. Limerence (noun) – Being obsessed and infatuated with another person.

131. Machination (noun) – A crafty action with an evil outcome.

132. Macrosmatic (adjective) – Having a highly developed sense of smell.

134. Manifesto (noun) – A written statement declaring publicly the intentions, motives, or views of its issuer.

138. Mixologist (adjective) – Someone who mixes drinks.

140. Mollycoddle (verb) – To give someone too much attention.

141. Mondegreen (noun) – Mishearing song lyrics or words in a conversation.

142. Moocher (noun) – Someone who lives off other people’s generosity.

144. Mulligatawny (noun) – A curry-flavored soup made with chicken or beef stock.

153. Noctambulist (noun) – A person who walks while they are asleep.

154. Nonplussed (adjective) – Someone who isn’t bothered.

156. Noxious (adjective) – Something dangerous or harmful.

157. Nudiustertian (adjective) – The day before yesterday.

159. Onomatopoeia (noun) – Something named after the sound it makes.

161. Orrery (noun) – An apparatus showing the relative positions and motions of bodies in the solar system by balls moved by a clockwork.

164. Paradox (noun) – Something that contradicts itself.

166. Pareidolia (noun) – Seeing shapes or images that aren’t there.

168. Peely-wally (adjective) – Scottish slang for someone who looks pale or ill.

170. Peterman (noun) – Another name for a fisherman or a safecracker.

181. Propinquity (noun) – Another word for proximity.

182. Psychotomimetic (adjective) – Relating to, involving, or inducing psychotic alteration of behavior and personality.

188. Renaissance (noun) – A period in Italian history beginning in the 14th century and lasting until the 17th century.

193. Serendipity (noun) – The act of finding something valuable or interesting when you are not looking for it.

196. Somnambulist (noun) – A person who sleepwalks.

197. Sonder (noun) – An understanding that everyone else on the planet has their own complex life.

204. Tergiversation (noun) – Being evasive and not straightforward.

205. Thwart (verb) – To put a stop to something unexpectedly.

208. Trichotillomania (noun) – The compulsive desire to pull your hair out.

210. Vellichor (noun) – The wistfulness and nostalgia of a second-hand bookshop.

211. Verisimilitude (noun) – Similar to the truth.

215. Wherewithal (noun) – To have the resources or means.

219. Woebegone (adjective) – Experiencing great woe or being in a sorry state.

224. Yokel (noun) – Less than intelligent person from a small town.

230. Ziggurat (noun) – An ancient Mesopotamian temple tower. Often in the shape of a pyramid.