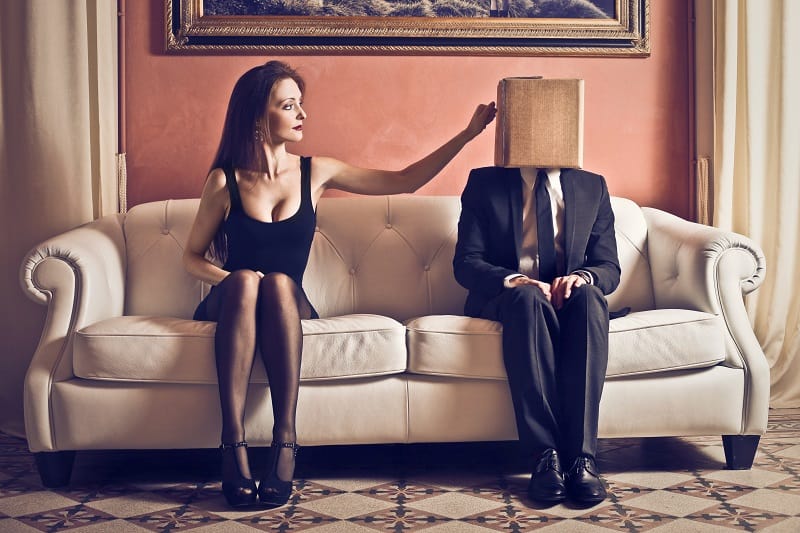 Do Girls Like Shy Guys? The Big Misconception About Being An Alpha Male

A lot of men today have this big misconception about what it truly means to be an alpha male. When it comes to shy guys it’s even more apparent. Since the dawn of time man’s biggest problem has rested right within his own self. Instead of trusting his own gut, he has instead chosen to succumb to his own doubts and fears.

The difference is what creates the divide between males and alpha males. To women, the line separating the two is crystal clear. To men, it’s riddled over with excuses: I’m short, broke, ugly or in this specific case… I’m too shy.

The truth is, even the quietest of warriors can devise a plan to crush an entire army. Any man who has ever let the fear of defeat destroy his ability to take action has never claimed the title of victor. In return, rather than seeing the good, a lot of shy guys today end up shooting themselves in the foot while focusing only on the negatives.

Let’s face it, every woman is different. Some like shy guys and others simply don’t. However, as you read this guide, you’re going to find a handful of things that surprise you. Towards the end you’ll discover the greatest secrets to dating success too. 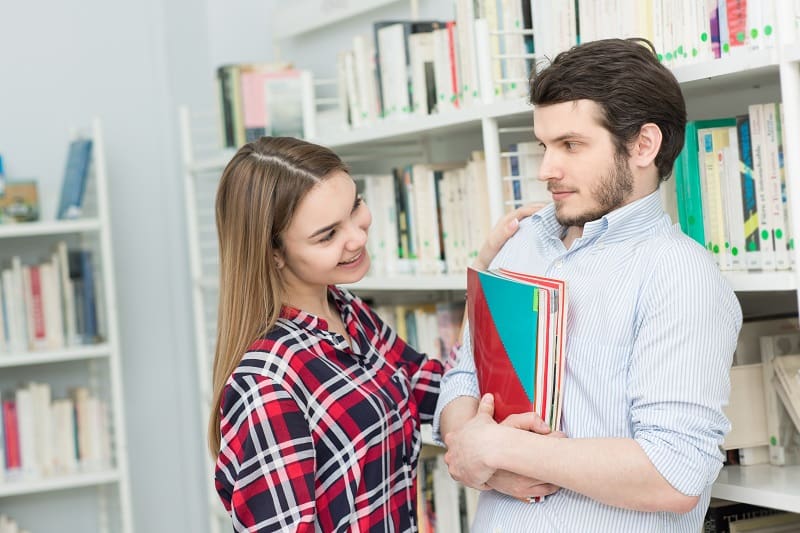 Shy guys bring a higher level of challenge to the table. You’d be amazed at the sheer number of women out the there who become obsessed with answering the age old question, “How do you get a shy guy to come out of his shell?” Some women even go as far as trying to figure out how to ask a shy guy out in the first place.

Like all things in life, whether physical objects or romantic partners, humans generally desire what they can’t have. And that’s regardless of gender too. We all get a little bit competitive from time to time when challenges are thrown in our direction.

Of course, curiosity can create attraction too. Just think back to the last article you clicked on with a catchy title. You probably had no interest in the topic at all, however, it did one thing really well. It provoked your curiosity just enough to make you want to read it. And that’s not just science fiction.

The truth is, marketers have been using that tactic to rake in millions of eyeballs and dollars for years. In reality, the more reserved a guy is, the more mysterious he appears. Hence why sometimes being a shy guy can work in your benefit.

Now, I’m sure you’re familiar with the differences between introverts and extroverts. If not, the yin and yang will simplify things more easily here. In Chinese philosophy, it represents the idea that in nature opposite forces are actually complimentary, not to mention, interdependent.

In the world of relationships, there’s some truth in the old saying, “opposites attract.” A talkative, bubbly, and outgoing woman may very well desire a man who keeps quiet and is willing to listen to her talk all day long. While a shy guy might not say much, a well-spoken man might continually drown her out of every conversation.

Needless to say, it can build up a great deal of frustration. Think back to when someone has jumped in mid-sentence and finish what your just about to say. The more it happens, the more annoying it gets, and the true regardless of your personality type.

Now, imagine it with two talkative people and it becomes pretty apparent of the problem here. The truth is, shy guys and outgoing women can often balance each other out perfectly.

Another thing to consider is how shy or introverted guys tend to avoid speaking simply for the sake of it. Instead, they’ll stay out of the conversation until they feel they have something either important or meaningful to say. In the opposite regard, a cocky man might blurt out something far more awkward, fowl or considerably inappropriate.

He could also be on constant search of social validation where his entire self-worth is derived from the opinions or acceptance of others. Over time his weakness can become quite clear to any woman.

The difference above is important to note. There are a handful of studies out there that show humans who speak slower and significantly less, end up appearing far more intelligent. Of course, in the minds of women, a man who appears smarter can also appear more suitable for educating, providing and caring for their children.

Lately, consider the changes women go through during their reproductive cycle. Studies have shown women gravitate towards more aggressive, masculine men during the ovulatory phase, which is generally two days or so. However, afterwards, women started showing more of an interest in males with softer features, higher voices, less-defined bodies and gentler manners. For the shy guy who gets called “adorable” it might suck at first glance, although, there’s still a lot of possibilities where it can work in your benefit too. 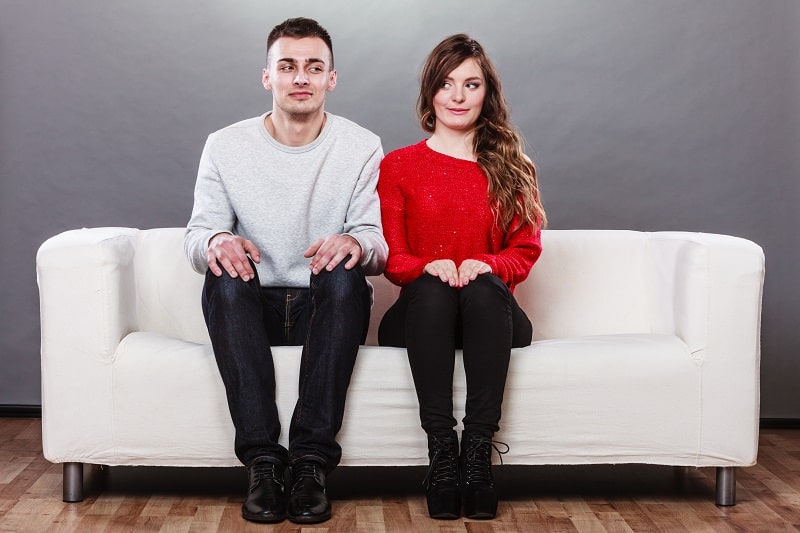 While not all shy guys are truly insecure or lacking on self-esteem, a lot of women can automatically see it that way. Sure, there’s old saying, “never judge a book by its cover” however, let’s face it, plenty of people still do.

At first glance girls often see this huge hole of self-confidence, and in return, it can be a huge turn off. Of course, that’s assuming a shy guy gets noticed in the first place.

The truth is, a great deal of shy guys today end up missing a great deal of opportunities when it comes to meeting women. Instead of approaching girls at party, work function or in public for instance, they tend to well, shy away from the situation all together.

Being too anxious to start a conversation and waiting around all night ends up turning a lot of shy guys into something even worse, a stalker. Some guys will just keep praying for the “right” moment to come, but the time they grow finally grow a pair of balls, she’s long gone and creeped out. Of course, even shy guys with a lot of experience often convince themselves to never go through with it too.

Speaking of which, when it comes to experience some girls can view shy guys as well, simply having none. Regardless if they do or don’t in the first place. It’s not unreasonable for a girl to think that either. Let’s face it, some shy guys will literally start shaking on the couch while a woman is watching a movie with them. To some women that nervousness isn’t “adorable”, it can easily weird them the hell out.

Now, imagine sitting in silence for an entire date. Some women feel like that’s what will happen when they go out on a date with a shy guy. While it’s not always the case, it’s again, not unreasonable for them to expect.

To make matters worse, the majority of shy guys tend to get clingy, sometimes scary, as the night progresses on. In other words, it’s the start of the unfortunate nice guy syndrome. 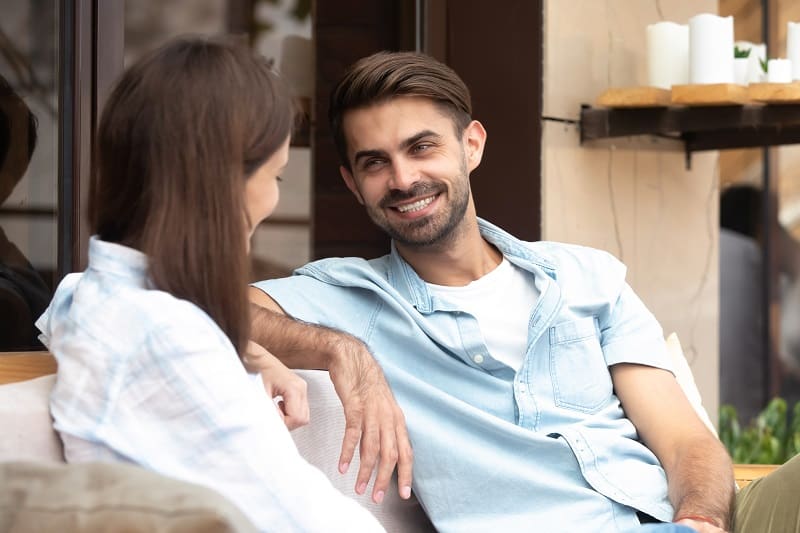 At the end of the day, women aren’t looking for a good man. They are looking for a great man. That means having nothing to prove, being sure of both your words and actions, etc.

It’s something a lot of shy guys out there are going to struggle with. While shyness may be a part of you, meeting a woman who wants to date you is going to always require one thing: Having balls. (And not just the physical ones)

Without them, a man cannot lead a woman nor let alone, even ask a girl out in the first place. Remember, being shy isn’t inherently a bad thing, in reality where it hurts the most is when you fail to take action. Even the shyest of men can easily open the door for a woman, put his hand on her hip and gently push her inside the restaurant first. All without speaking so much as a single word.

If you are a shy guy, start living by four simple words, “Just fucking do it.” Let’s face it, the biggest hurdle of any shy man today stems from hesitation. A lack of balls will again, do that. 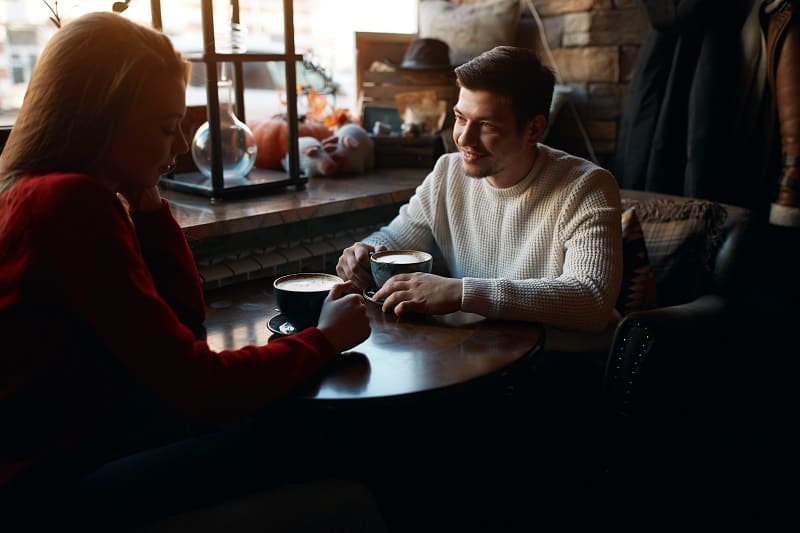 Understand that being shy doesn’t mean you must also be boring or dull. The truth is, girls are attracted to gentlemen with amazing lifestyles. As a shy guy you must be open to trying new experiences. It goes back to those four simple words I mentioned above.

Start embracing every moment and live in the present; have fun! Don’t plan an entire date out or even introduction when meeting a woman, it will never go as expected. You’ll get too worked up over with and worry yourself to death. Just go with the moment and you’ll realize how right you were all along.

Remember, girls want a story they can gab to their friends later on about after a date.

Though, it doesn’t have to be a fairy tale straight out of a movie. In reality, nobody likes chewing their food while sharing resumes over a dinner date. Though, for some it works, and that’s the bizarre nature of life and dating for you. As a shy guy this probably isn’t going to work for you; get creative.

Being quiet can end up working in your advantage. There’s no doubt about it, shy guys tend to listen more which is a great thing. If a woman mentions she and her father loved to shoot guns at her old farm, but she hasn’t been in ages, there’s your cue.

Offer to take her to the shooting range. Relationships are all about building up, and knowing how to do so requires attention on your end. In the opposite regard, a lot of confident, cocky guys end up overlooking those details because they get so focused on putting on a show.

In the end, being an all-star in the dating world is far more simple than most men make it out to be. Pay attention and have the balls to take action; that’s the secret. Even the shyest of guys in the world all have the ability to change their mindset and go after what they truly want.

Stop worrying about how awkward you may appear, your experience or how girls will react to your level of shyness. In the grand scheme of things it truly does not matter.

Even knowing if girls like shy guys or not is a honesty, a good laugh. If a woman rejects you, who cares? You shouldn’t. Every woman is different, no man can reasonably expect every single one he meets to love him. It doesn’t work that way. Only a fool lets the emotion of his ego get the best of him.

Perhaps now you know why I wrote this guide today. Life is all about failing, allow yourself do it. Only then will you meet the girl of your dreams.