The 1970s were a difficult and unstable period for many people, with the Vietnam War causing a great deal of heartache, the Watergate Scandal creating political problems, and general economic instability.

There was a lack of faith in the world, and insecurity all around. Thus, by the 1980s, the new decade ushered in a time of conservative values as well as a more materialistic and consumer-oriented society.

Entertainment became super popular, with many households buying VCRs, and by the end of the decade, 60% of Americans signed up for a cable service.

MTV came out in 1981, allowing people to push back against the consumerism of the “yuppie” culture. The cable network became a massive influence on young people, and their fashion choices, and saw many trying to copy the styles of their favorite artists in music videos.

Movies and television also became hugely influential in terms of fashion, with many copying styles from “The Brat pack,” as seen in movies like The Breakfast Club, and St. Elmo’s Fire. Even Tom Cruise had his influence on 80s men’s fashion, after appearing in movies like Risky Business and Tom Gun.

80s men’s fashion was known as being opulent, big, bold, and excessive. And, just like today, there were different styles for different types of men, from the preppy types to baggy clothes inspired by hip hop artists.

Various trends from the 80s went in and out even decades later, and still we see them popping up even today. Simon Chilvers, men’s style director at MatchesFashion told FashionBeans, “It feels like the 80s have been in-and-out of fashion for about 10 years now. The mashing up of various decades simultaneously just seems to be part of the way fashion operates right now.”

Men can easily use inspiration from 1980s fashion as an influence for their outfits today, and for probably many years to come.

The men’s hairstyle that could absolutely define the decade is the mullet, and while many people hope this look never sees the light of day again, it does seem to be making a comeback, especially with recent shows like Stranger Things. 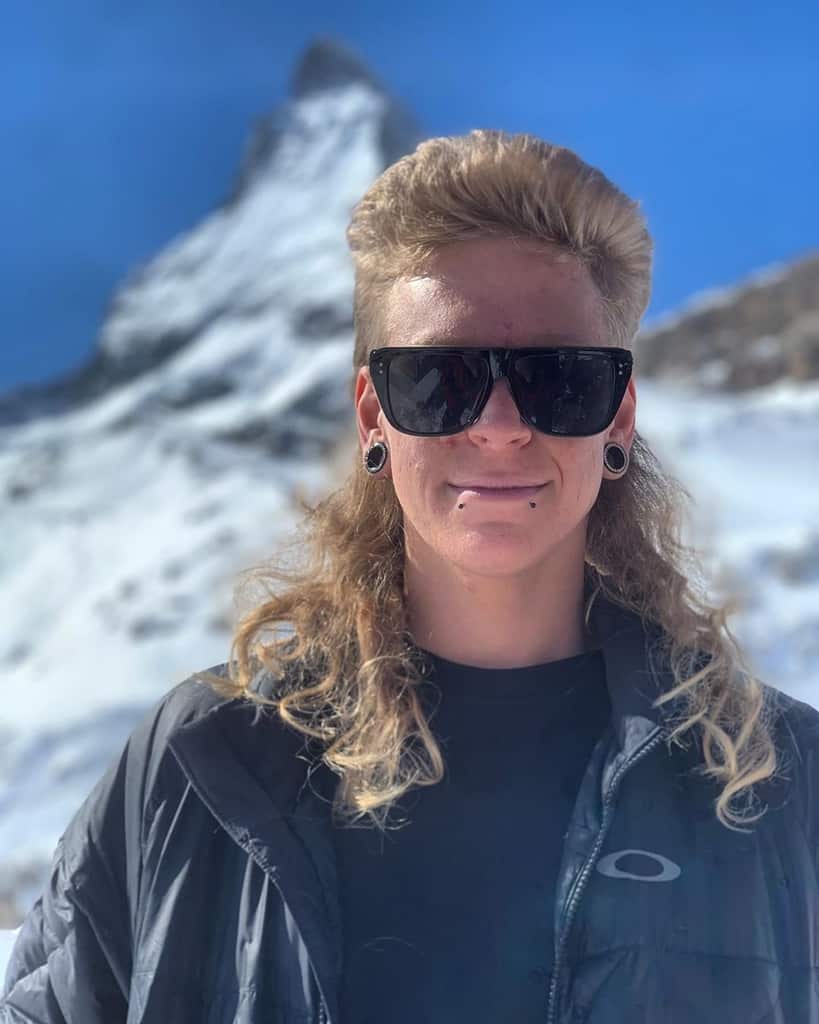 Popular singers and actors brought this look into the mainstream, and every man wanted to copy it. When you think of this hairstyle, you may remember Uncle Jessie from Full House rocking the look, his hair being the only thing he was obsessed with more than Elvis. Patrick Swayze from Dirty Dancing left women drooling and men trying to look just like him, in hopes they would also get the same female attention.

The mullet did not fit into just one look in the 80s, it was seen on men all around. Billy Ray Cyrus was famous for it, but it was also seen on artists such as Metallica’s James Hetfield.

While the grunge look was made extremely popular in the ’90s by musicians like Kurt Cobain, its origins start in the 80s. Cobain’s style was in fact the opposite of fashion; the whole point was to act like you didn’t care, and to look as if you didn’t try. 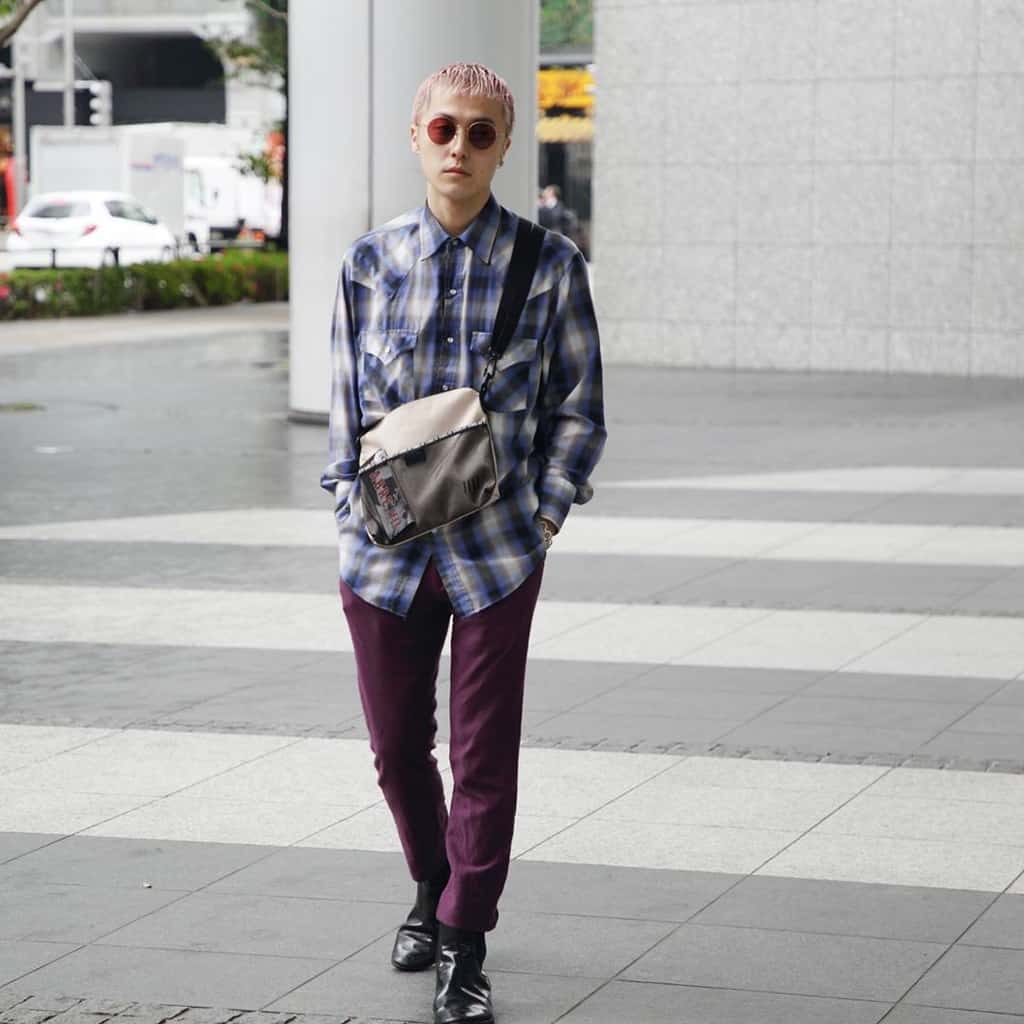 One of the more popular aspects of the look was his long, mop of blonde hair that looked like it hadn’t been washed in weeks. It was unpolished, and slightly dirty looking, a look that many men today still wear.

Made famous by Tom Cruise in Top Gun, the bomber jacket has never really gone out of style, and they seem to transcend barriers among different types of men. From the leather version for the classic, edgy types, to silky versions with bright colors for the preppier men, this is a jacket for all occasions.

Giant knit sweaters that might seem more like “dad fashion” these days than something fashionable, chunky sweaters with loud patterns were seen on a lot of men in the 80s, especially in television sitcoms.

With sleeves rolled up, and usually matched down below with a pair of pleated khaki pants (once again, “dad fashion,”) men in the 80s rocked this look as a minimalist statement.

While this fashion trend was brought well into the 90s and was the epitome of grunge fashion, made popular by Kurt Cobain, these sneakers were worn in the 80s as well.

Marty McFly wore Chuck Taylor All-Stars in Back To The Future when he went back to 1955, because his Nike sneakers from 1985 would look out of place. Adding even more inspiration to viewers of movies in the 80s was Matthew Broderick who whore a pair of Converse high tops in Ferris Bueller’s Day Off.

Converse sneakers are a trend that has lasted for decades, and the sneaker is still considered a classic style even today.

This trend hasn’t necessarily translated into something stylish for the current times, though maybe if it’s worn in a vintage or ironic way, double denim was super popular with men in the 80s. Britney Spears and Justin Timberlake wearing matching outfits made entirely from denim at the 2001 American Music Awards will go down in fashion infamy and remembering this may be a reason why men are afraid to rock the 80s look today.

Brad Pitt recently wore the double denim look in the movie Once Upon a Time in Hollywood, sporting a stylish denim jacket and a pair of 80s style denim jeans, so it may be making a comeback.

While men’s fashion these days tends to go more in the direction of minimalist with basic colors and cuts, there was a time in the 80s when men looked like billboards. Whether it was a t-shirt with their favorite band, a big logo from the store they bought it from, or a witty slogan, men wore these t-shirts as a style statement, usually with a pair of pleated pants or acid wash jeans.

Wearing comfortable sweatpants outside the gym or house as a fashion statement? Heck yes! With the sudden popularity of fitness videos in the 80s (think Jane Fonda), athletic wear suddenly became all the rage. Windbreakers, tank tops, and chunky sweaters in bold and bright colors were suddenly popular, and the trend carried well into the 90s.

Hip hop artists made it their own by wearing matching Adidas tracksuits with chunky gold jewelry and matching white sneakers.

Bright, neon colored swimsuit bottoms were a popular trend in the 80s and are still worn by men even today, especially on vacations to exotic locations. Board shorts for men took on a personality of their own, with crazy, bold patterns.

In 1986, MTV’s Spring Break debuted, showing off the 80s bathing suit trends in all their glory.

Not only did fitness videos make athleisure super popular, it also gave us the fluro trend that just about burst open our eyeballs. Neon colors were seen on just about everything from windbreakers to track suits and everything in between. This was the epitome of 80s fashion, and it’s hard to imagine men from this decade without thinking about them wearing this statement color.

Wide shoulder pads, pinstripes, and suspenders made up the power suit trend, made popular by Michael Douglas playing Gordon Gekko in Wall Street. This is the ultimate 80s outfit. With his slicked back hair and suits combine with a dress shirt and expensive tailoring, women wanted to be with him and men wanted to be him. The oversize blazer was also in style thanks to the likes of Richard Gere in American Gigolo.

The All-American, preppy look worn with khaki pants, a polo shirt, and a sweater tied around the shoulders was a very specific style in the 80s mostly seen on college campuses. The collars of the polos were flipped up in the ultimate statement, which could be worn today if a man is trying to be ironic.

These days, polo shirts are still worn, however in a more minimalist way, with Lacoste and Ralph Lauren still selling tons of them every year.

Before the Millennial generation knew him as Richard on Friends, Tom Selleck was sporting a loose fitting, Hawaiian button down shirt in his role as Magnum P.I. in the 80s. His iconic, thick mustache also became super trendy.

These days, many men still love wearing a Hawaiian shirt as a bit of a hipster style statement, and many brands from Prada to Gap have jumped on the revival with their own versions.

Baggy jeans, baggy sweaters, and baggy everything was the style among hip hop artists in the 80s. Russell Simmons and Rick Rubin created Def Jam in 1984, releasing albums with artists like LL Cool J and The Beastie Boys.

With MTV bringing hip hop into the mainstream, artists like Public Enemy and N.W.A. were looked to for inspiration in men’s fashion. Their baggy jeans, bucket hats, and extra large t-shirts were the epitome of hip hop fashion throughout the decade. They also helped the tracksuit become a common fashion trend.

Accessories sported by hip hop artists during this period were ostentatious, huge, and gold, in a bid to show their success. Chunky gold chains, usually multiple pieces worn on top of each other, were made popular by rappers such as Run-DMC and completed every outfit they wore.

From then on, hip hop artists and the men inspired by their 80s fashion trends wore high top sneakers with their on-trend outfits, like baggy jeans, and Adidas track suits.

The 80s was a decade that saw entertainment take on a whole new meaning. With the rise of VCR’s, popular movies like The Breakfast Club, and the debut of MTV, this had a huge impact on the fashion sense of men.

Much like today, there were many themes that different kinds of men took on, from the hip hop look to the more mature, preppy look. Some of these have even translated today, with high top sneakers being extremely popular, and bomber jackets which have been in fashion ever since.