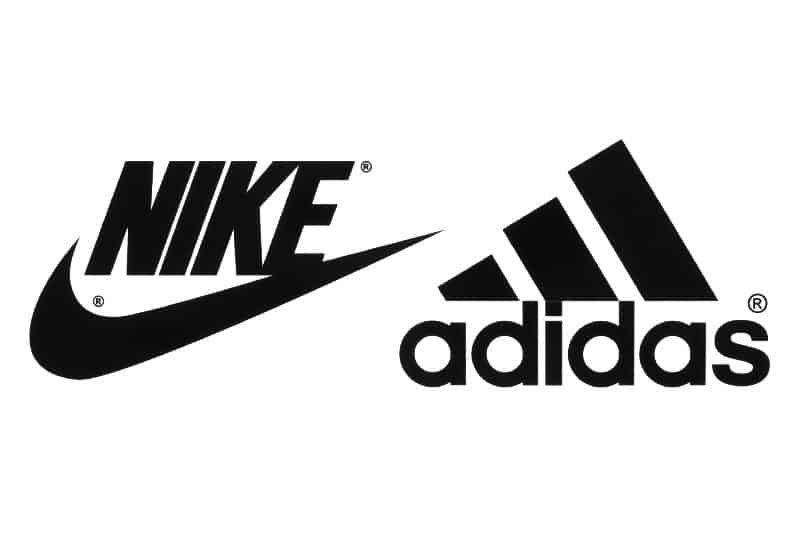 Nike vs. adidas: Everything You Need To Know

Nike and adidas are part of the small group of sportswear brands that are known all over the world for their elite products for athletes as well as their fashion prowess for fashionistas. Using both athletes and pop culture icons, these brands have successfully crossed over from humble beginnings to world domination. Let’s take a look at how these two got their start to become the athletic and style powerhouses they are today. 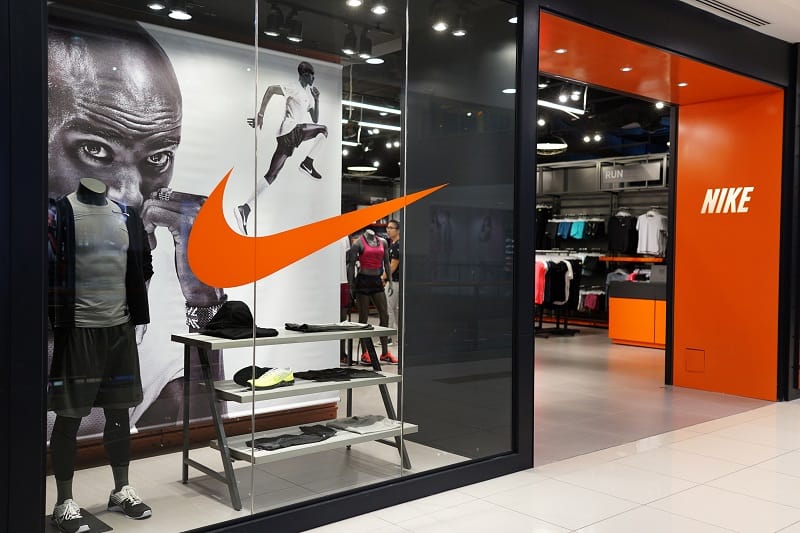 Before Nike was Nike, they were actually Blue Ribbon Sports. In 1964, Phil Knight was a  member of the track and field team at the University of Oregon under the tutelage of his coach Bill Bowerman. Bowerman was known for being extremely competitive and having a fascination with optimizing his runners’ shoes for peak performance. He learned some tricks from a local cobbler and was constantly tinkering with different shoes and different models.

According to Nike legend, Bowerman chose Knight as the first student to try one of his inventions. The story goes that the shoes worked so well that one of Knight’s teammates, Otis Davis, took them and used them to win gold in the 400-meter dash at the 1960 Olympics.

After graduating, Knight attended the MBA program at Stanford and wrote a paper with the theory that the production of running shoes would be cheaper and would save the company money if they relocated from Germany to Japan. Right after completing the program and getting his MBA, Knight went to Japan and struck a deal to import the country’s popular Tiger shoes to the US.

Bowerman supported Knight and the two became 50-50 business partners and owners of their company, Blue Ribbon Sports. Knight began by selling the shoes out of his car and he quickly realized the demand for these shoes existed.

Bowerman proposed a new shoe design for runners to the Tiger shoe company. These shoes had a cushioned inner sole, soft sponge rubber in the forefoot and the top of the heel for extra support, hard sponge rubber in the middle of the heel, and a firm rubber outsole. The Tiger Cortez dropped in 1967 and became a major success and source of conflict between the two companies.

The two companies formally split in 1971. Not only did Bowerman and Knight rebrand themselves as Nike, but a judge ruled that both companies could sell their own versions of the sneaker, making it the only model to become a best-seller for two different shoe companies as the Nike Cortez and the Tiger Corsair.

May 30, 1971, is the date Nike became official and, powered by the success of the Tiger Cortez, Bowerman came up with the idea for the Waffle sole design one morning over breakfast. Wanting to give running shoes more traction, he poured melted urethane into a waffle iron, designed his ideal sole, and thus the Waffle Trainer was born. This sneaker was another major success for Nike.

Since then, the company has continued to grow due to inventive designs, clever ad campaigns, and celebrity endorsements. “Just Do It” is arguably one of the most famous slogans in history and the endorsement with Michael Jordan is by far the most lucrative the company has ever had.

Nike saw the potential in Jordan at the start of his first pro season in 1984 and they convinced him to sign with them for $500,000 a year for five years, two die-cast Mercedes Benz vehicles, and shoes customized to his specific requests, despite the fact that the basketball player had never actually worn a pair of Nike’s.

Jordan quickly rose to superstardom with his athletic abilities and his Air Jordans line of sneakers made over $100 million in revenue by the end of 1985. Air Jordans still net the company over $2 billion in sales a year and Jordan makes about $100 million a year in royalties alone.

See more about - Puma vs. Nike: Everything You Need To Know 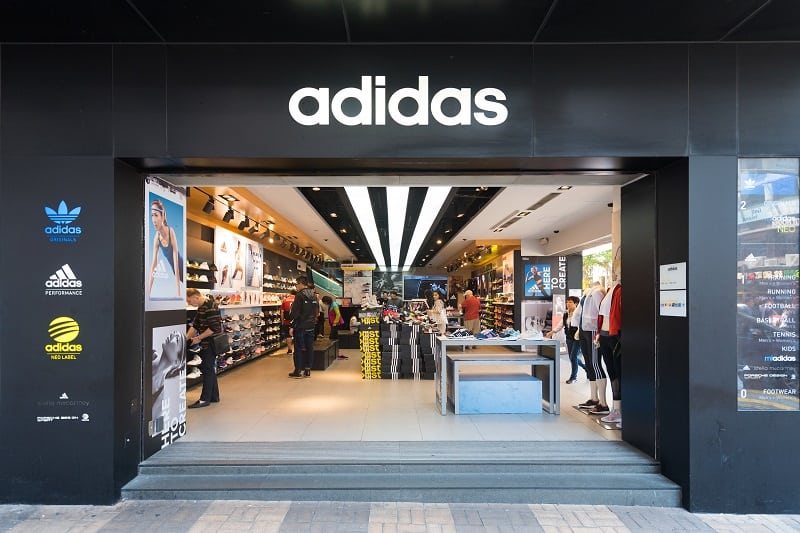 Every great story has a beginning. So let’s start at the beginning on how adidas came to be one of the largest sporting conglomerates in the world. This one starts in a small town in Bavaria, Germany. Starting out in his mother’s kitchen, Adi Dassler registered the “Gebrüder Dassler Schuhfabrik” in 1924 and started on his mission to provide athletes with the best possible equipment.

In August of 1949, Adi Dassler registered “Adi Dassler adidas Sportschuhfabrik” and set to work with 47 employees in the town of Herzogenaurach. That same year, he registered a shoe that included the soon-to-become-famous 3-stripes that would become the adidas trademark.

In 1954, adidas became a household name when the German national football team faced and beat the supposedly unbeatable Hungarians in the World Cup final. For the 1970 FIFA World Cup, adidas delivered the official ball TELSTAR, designed to improve visibility on the black and white television screen, and that was the beginning of adidas providing the official match ball for every FIFA World Cup to follow.

In 1972, the Olympic Games opened in Munich and adidas presented their new logo that we all know and love today, the Trefoil. Decades may pass and fashions may change, but the Trefoil will remain a classic.

Dassler died right before his 78th birthday, leaving behind a prosperous company. Dassler’s wife Käthe and her son Horst took over starting the company in a new era, until their deaths in 1984 and 1987, respectively.

In 1989, adidas became a stock corporation and Dassler’s daughter’s sold their shares and left the company. In 1992 the company experienced a record loss and was on the brink of bankruptcy. A few CEOs and good financial decisions later, adidas acquired the Salomon Group and their brands Salomon, TaylorMade, Mavic, and Bonfire.

This relationship was short-lived and adidas and Salomon decided to go their separate ways, except for the TaylorMade brand. Next, adidas acquired Reebok, bringing two of the most respected sporting goods companies together.

As a new century began, adidas became the first in the industry to introduce a lifestyle segment, focusing on sports-inspired streetwear. They forged partnerships with Yohji Yamamoto in 2001 and Stella McCartney in 2004.

adidas offers apparel and footwear for every sport and every fashion. Whether you are an athlete or a fashionista, adidas is synonymous with sport, street, and style. They continue to break boundaries across industries and are one of the top sportswear brands in the world.

In one of the company’s more famous campaigns, they featured Lionel Messi, David Beckham, and Derrick Rose telling the world what it means to “go all in, heart over head, inclusion over ego” and showing the world that whatever your goals and challenges may be, in order to achieve ultimate success, you have to go “All in.”

See more about - Patagonia vs. Columbia: Everything You Need To Know 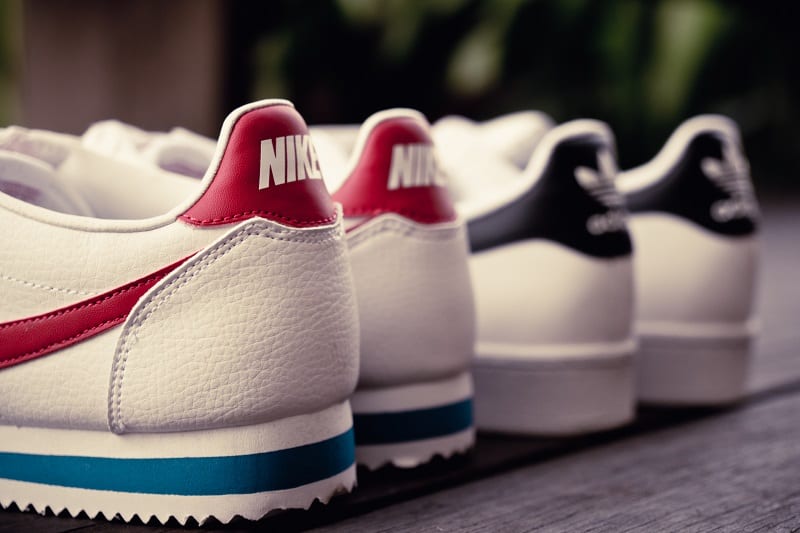 There is no clear winner in this category. Both brands started from nothing and grew to be sporting goods conglomerates on a global scale. Both appeal to athletes and style icons alike. With the growth of street style, both companies found a unique audience in fashion designers, fashionistas, and athletes alike, ushering in a completely new era of sneakers for more than just comfort and athleticism.

Sneakerheads are no longer just a bunch of boys and men camping out and waiting in long lines for the latest pair of Air Jordans. Instead, sneakerheads encompass women and men of all ages, races, and creeds, waiting in digital lines and entering lotteries for the latest, limited pair of Off-White x Nike Converse or the burgundy version of the Pharrell Williams x adidas NMD “Human Made” that is one of the brand’s rarest and most coveted sneakers of all time.

See more about - Jack Purcell vs Chuck Taylors: Everything You Need To Know