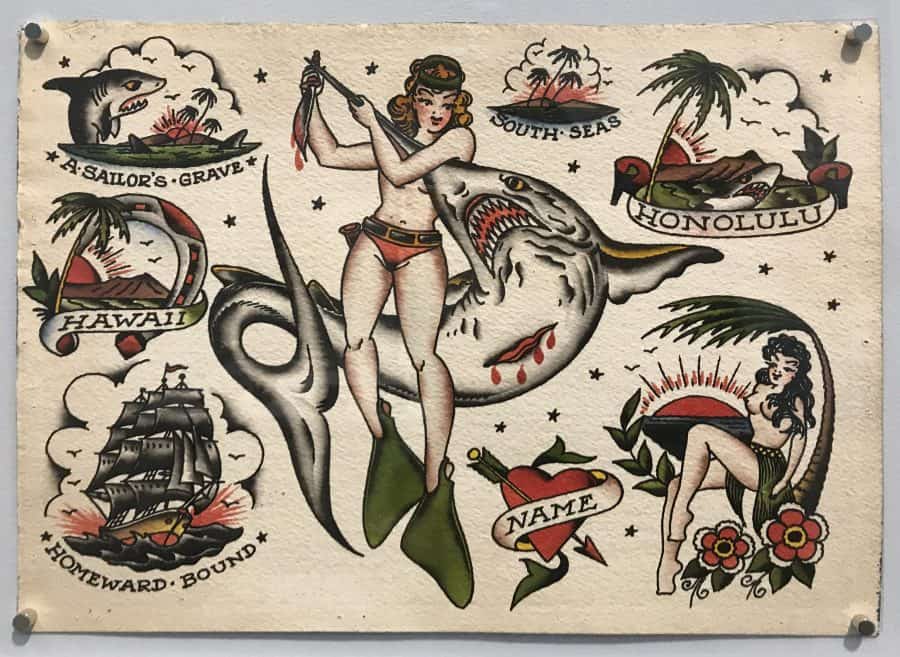 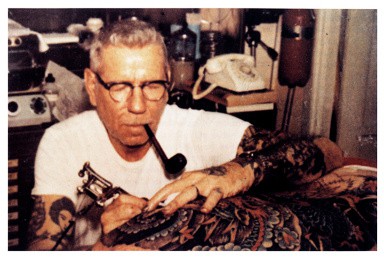 His groundbreaking flash designs and tattoo art were influenced by Sailor Jerry’s colorful life and the experiences those visiting his Honolulu studio looked to permanently remember.

Sailor Jerry was able to symbolize thoughts, feelings, and ideas as meaningful body art, spurring the back-alley tattoo industry forward towards a more legitimate place in society. Collins laid the groundwork for the creative, billion-dollar business of tattoo art and expression today.

Read on to learn more about the most influential artist of the 20th century, his timeless tattoos, and impact on the world of tattoo.

Early Life and Introduction to Ink

“You must understand the feeling of originating as opposed to imitating.”

Norman “Sailor Jerry” Collins was born in 1911 in Reno, Nevada. After moving around Northern California as a youngster, as soon as he was of an age Collins opted for wanderlust, crisscrossing the country by freight train – a popular method of getting around for many different types of people in the post Wild West USA.

Collins met tattooist Gib “Tatts” Thomas in Chicago during the late 1920s. Meeting Tatts ignited his interest in tattoo. Tatts taught the teen Collins the basics of tattooing and how to use a tattoo machine. Collins practiced on drunks and the homeless – trading ink for booze or coin – and rumor has it, on cadavers in the mortuaries of Chicago. 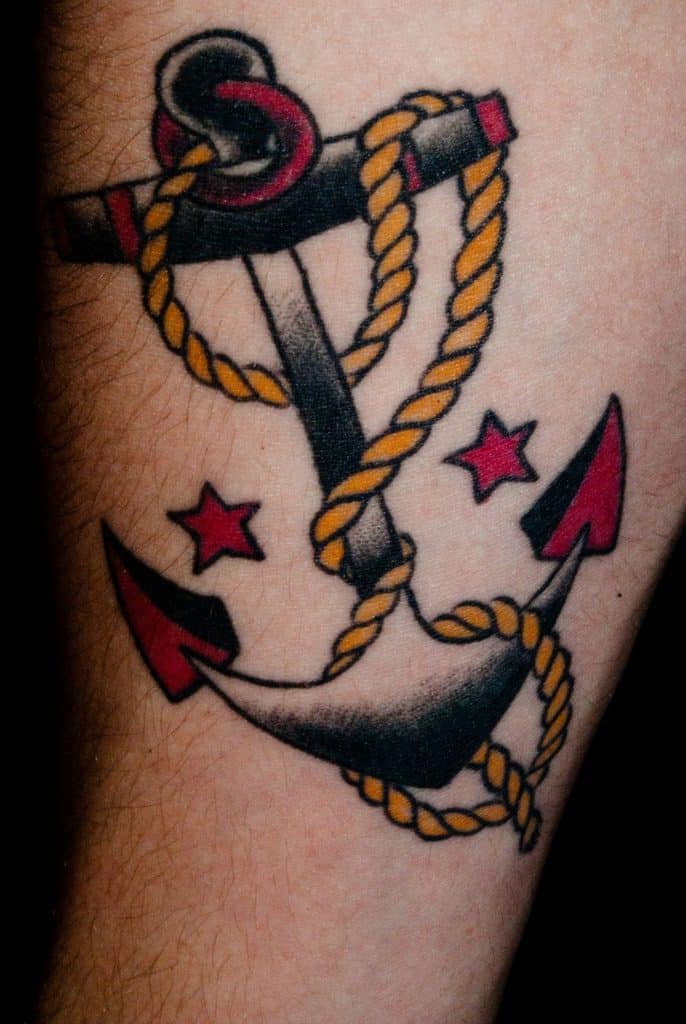 A lot of Collins early customers were Naval cadets from local academies; the salty sailor stereotype was truly flourishing in Depression era US. They would get inked while on leave or just prior to shipping out. Collins was keen to hit the road again. The bold talk of travel from the sailors helped prompt him to enlist with the US Navy at age 19.

It was while in the Navy Collins earned the moniker ‘Sailor Jerry’, his growing skills with ink and gun gaining him notoriety and the opportunity to tattoo when off duty or on shore leave. He also developed an interesting array of application skills and design ideas while serving.

Much of his innovative work in flash tattoo can be attributed to the Japanese and Pacific cultural influences gained from his time as a navy man. “I’m always willing to listen to somebody else’s ideas…because we can always learn more.” 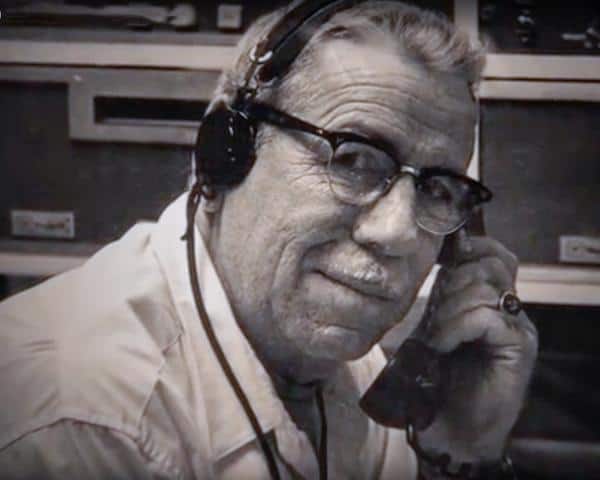 After numerous years in service to the USA, Sailor Jerry set up his tattoo shop in Honolulu’s Chinatown and began working as a tattoo artist full time.

At the height of World War II, thousands of men on shore leave visited Collins’ Hotel Street tattoo shop looking to lighten their wallets with whiskey, women, and wild entertainment. Sailor Jerry tattoos left their permanent business card on a mountain of sailors, soldiers, tourists and revelers who passed through Honolulu Chinatown before moving on to home cities and ports elsewhere, with some barely remembering the circumstances behind their tatt.

As leading tattoo culture chronicler Clinton Sanders put it in his 1989 book Customizing the Skin: “the tattoo continues to be seen as an indication of the bearer’s voluntary alienation from mainstream norms and social networks.”

Sailor Jerry was better at depicting this ethos than anyone, during the era he worked in, and now in the mainstream accepted era of body art where Norman Collins is rightfully treated like a Renaissance master.

“Bold simplicity is the keynote to good design.”

Contemporary society takes tattoos as art for granted – think of exhibitions featuring flash art such as Jerry’s or elements of past tattoo culture and their use in modern life. During the entirety of the Sailor Jerry’s Tattoo era, tattooing was considered a craft at best, and a grubby one at that.

Collins’ concepts were central to meshing tattooist and artist, taking work out of back alleys and dive bars, and pulling off the difficult feat of making a Jerry tattoo both artistic counterculture and a commercially thriving business choice.

His flash art, and the symbols tied to his images, are now seen as coded hieroglyphs for ink enthusiasts looking to get body art in traditional style or use it as a baseline concept for more outlandish ideas.

Collins understood his influence and the commercial appeal of his material – particularly the beautiful array of hand drawn flash sheets, which drew heavily on his naval experiences, exposure to Japanese culture and willingness to constantly tinker, learn, and incorporate new thematic elements.

His focus on tattoo designs blending elements of established American tattooing with the artistic finesse and creativity of the Japanese tattoo masters (horis) helped Sailor Jerry stand out, become more sought after each time he turned on the power to his tattoo gun.

His style – now so easy to recognize – was borne from his own years of travel experience but also evolved as the many people that sat in his chair helped hone his craft. Jerry created a special, enduring form of tattoo art by mixing cultural reflections with the best of East and West.

Sailor Jerry worked and drew only on rag paper and took care with his drawings, adding extra color or decorative elements to each tattoo idea. He used four different signatures when flash sheets, and often sent rubbings of the images he created to friends and contemporaries in the industry as part of his voracious appetite for writing letters.

For insights into the type of traditional tattoo art that was born from Sailor Jerry’s work, click on the links below for modern takes on the Sailor Jerry: 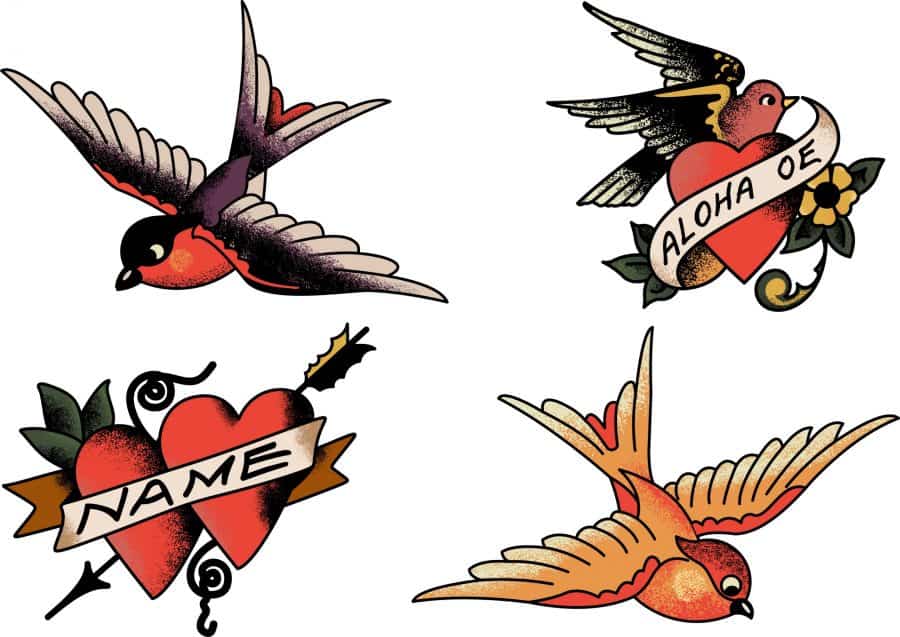 “Color is here to stay. Good color that is!”

Sailor Jerry Collins was expert in translating a lush tattoo idea into images to use in his deft tattoo applications. His thick black outlines and use of a strictly limited palette – predominantly red, green, black, and yellow – is still used to simply differentiating American Traditional style from structurally similar but gaudier Neo traditional counterparts.

Without these important steps the tattoo industry would have remained stunted, not accelerating into the annual billion-dollar force it has become. 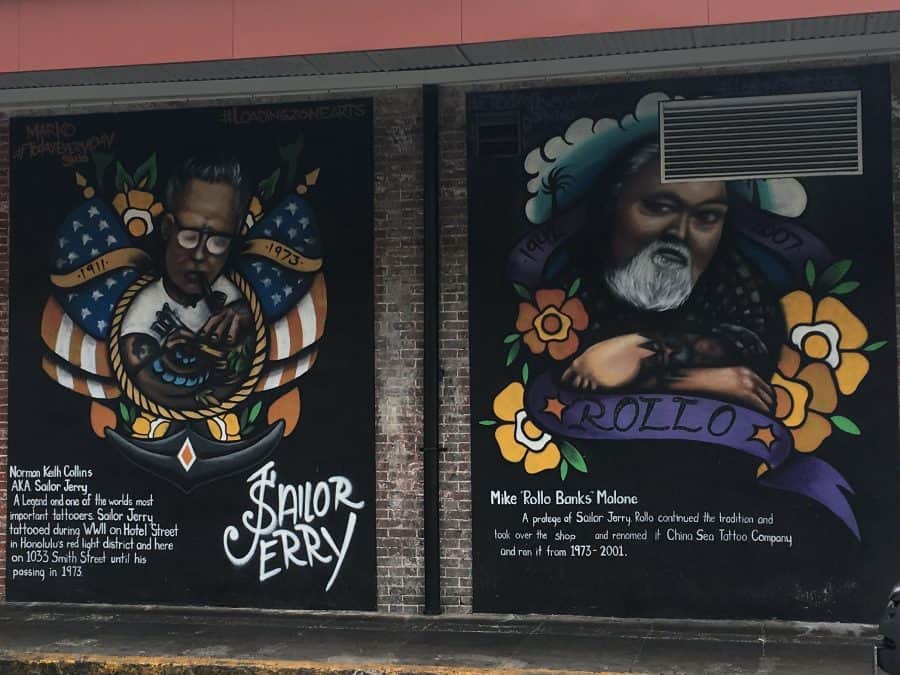 Norman Collins inspires new tattoo artists every day mostly through the influence of his original flash tattoo sheets. There are not many Western tattoo shops missing a page or two of his flash displayed on a wall or in a binder.

Also, the adherence of many artists to the simple tenets of American Traditional style keeps Sailor Jerry’s legendary aura undimmed as the 50th Anniversary of his passing approaches. Each new generation of ink slingers, body art historians, and tattoo enthusiasts know of Sailor Jerry, his exploits with ink and gun, and the impact his tattooing made on the world of “squares.”

Malone – himself a titan of the Honolulu tattoo scene and protégé of Collins -took over the Smith Street tattoo studio after Sailor Jerry’s passing in 1973, renaming it South China Sea Tattoo. 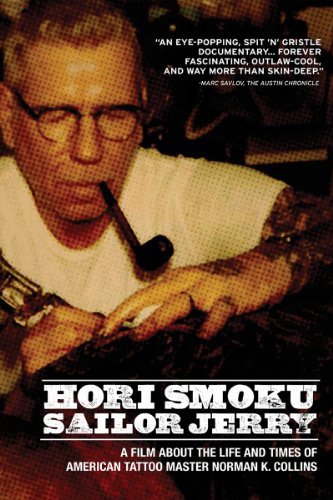 Hori Smoku Sailor Jerry: The Life and Times of Norman Keith Collins is a well-made documentary exploring the roots of American Traditional tattooing, using the life of Sailor Jerry as it’s focal point.

The 2008 film gathered critical acclaim for its honest portrayal of American ink’s tattoo legend, with interviews featuring traditional tattoo luminaries such as Hardy, Malone, Lyle Tuttle, Eddie Funk and others.

Collins was not a fan of publicity and rarely gave interviews, however Hori Smoku director Erich Weiss did an excellent job compiling the film through smart deployment of archive footage, photographs, his brash letter writing and occasional interviews with Collins.

Hori Smoku Sailor Jerry: The Life and Times of Norman Keith Collins is a story told much differently to contemporary reality and competitive tattoo television. 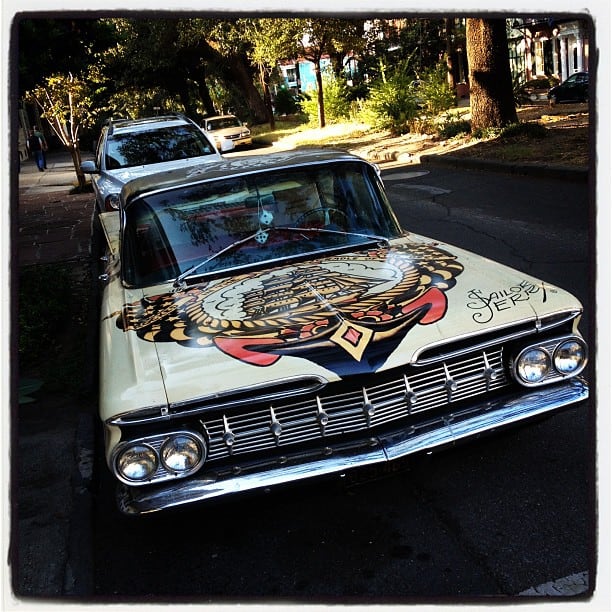 “Norman had a significant impact on American culture. We are proud to honor the man, and his work, and are happy to see his legacy continue to expand as affinity for tattoos and tattoo culture has continued to evolve.” – Josh Hayes, Sailor Jerry Spiced Rum

Norman Collins’ legacy lives on not only through the traditional tattoo flash, books of his art, and reverence from tattoo artists worldwide.

In 1999 Malone and Hardy partnered with Philadelphia’s Quaker City Mercantile to create “the Sailor Jerry lifestyle and rum brand as a hobby.” Part of the Jerry swag includes clothing and footwear lines featuring his tattoo flash and signatures. You can even find some cool custom automobiles rocking Sailor Jerry’s tattoo designs.

Sailor Jerry rum feature the ubiquitous hula girl on the bottle. Since launching in 1999 it has grown into one of America’s leading rum brands, and one hugely competitive on the world liquor and cocktail market. 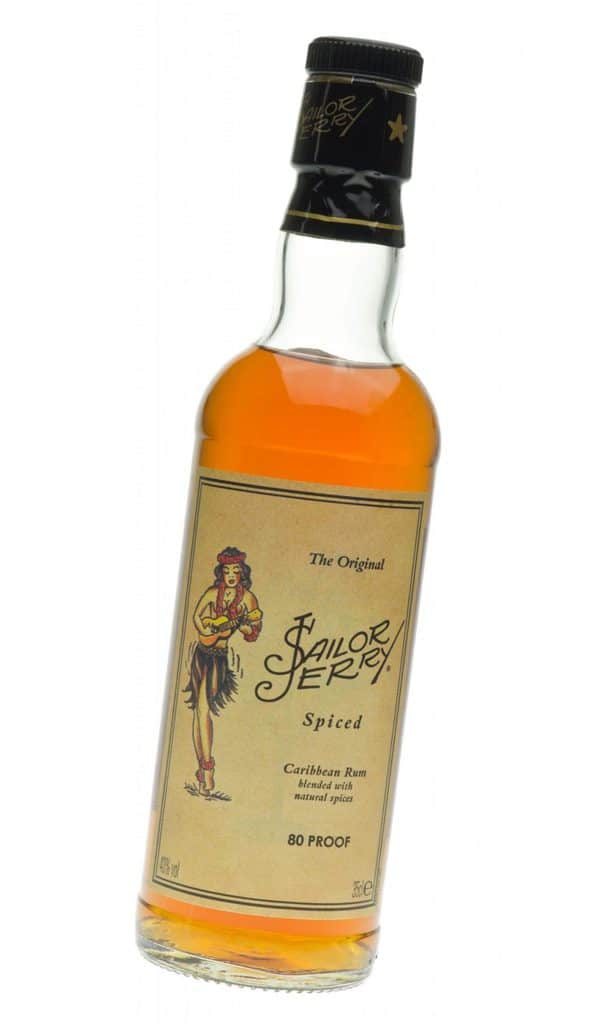 More than a Tattoo Artist

During his career as a tattoo artist, Sailor Jerry’s work also included conducting tours of the Hawaiian Island and Pearl Harbor as the licensed skipper of a three masted schooner.

Radio listeners adjusting to newly minted television era would remember Sailor Jerry by the moniker ‘Old Ironsides’ he used in his late-night radio talk show, while he also studied various elements of electronics.

Norman Collins died from a heart attack while motorcycle riding on June 12, 1972 and is buried at the National Memorial Cemetery of the Pacific (known as the “Punchbowl”) in Honolulu, Hawaii.

His wife Louise still lives in Honolulu and remains protective of the real Sailor Jerry and his place at the forefront of tattoo history. In 2018 Louise filed court papers against William Grant & Sons regarding the use of her husband’s image rights. 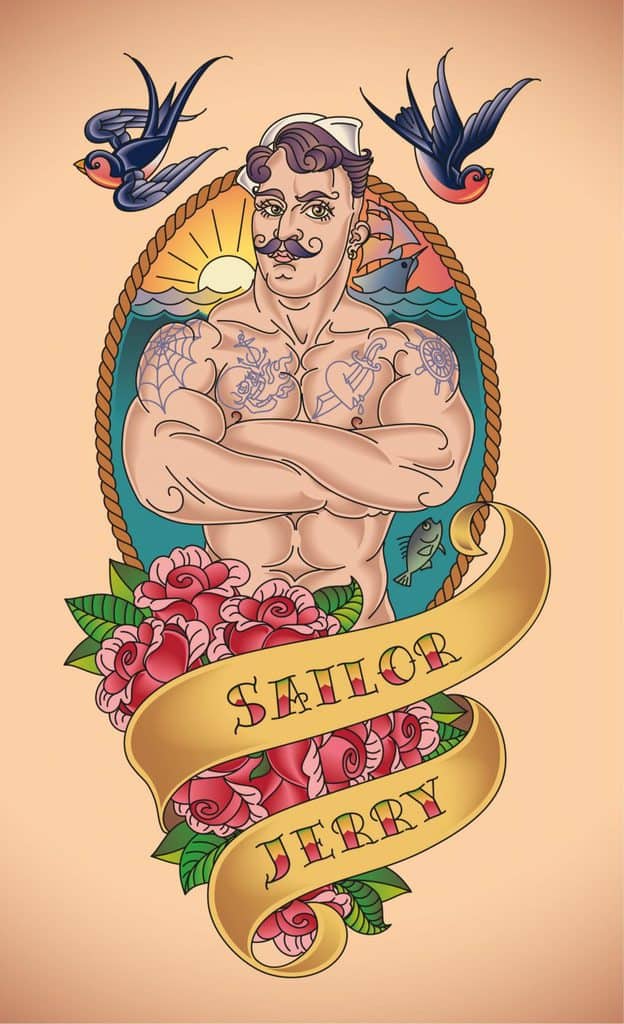 Sailor Jerry will forever be an icon of tattoo – the first person placed on any Mt Rushmore of ink. Nobody has had a greater influence on the art, application and business of tattooing, or in developing 20th century skin art into a widely recognized creative medium. Without the groundbreaking work of Norman Collins and his contemporaries, American tattooing would look much different, and so would our skin.

For more awesome American Traditional tattoo galleries please click on the links below.