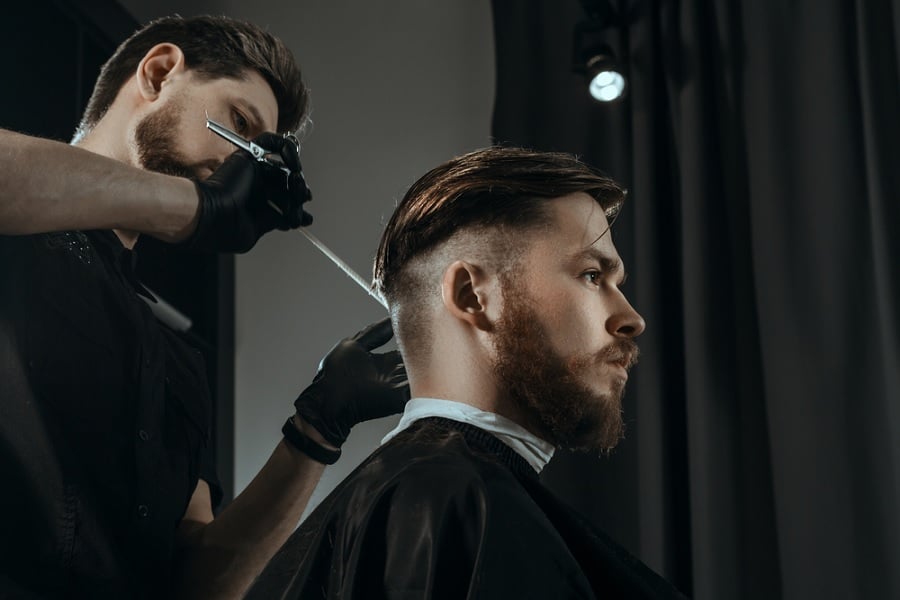 If you find yourself drawn towards the razor fade hairstyle — also known as the straight razor fade — you’re not alone. This trendy and beloved men’s hairstyle is a type of taper haircut where hair is shaved on the sides and back of the head. While it resembles an undercut, the razor fade features completely shaved sides on the head instead of a gradient.

If you ask your barber for a razor fade, he will first determine where your hairline sits. He will then shave the back and sides of your hair before using scissors and a comb to style the hair on the top of your head. The razor fade is unique because your barber will use a razor in the place of clippers to result in a clean, shaven look. Here is a selection of some of the most popular razor fade variants out there to suit your tastes. 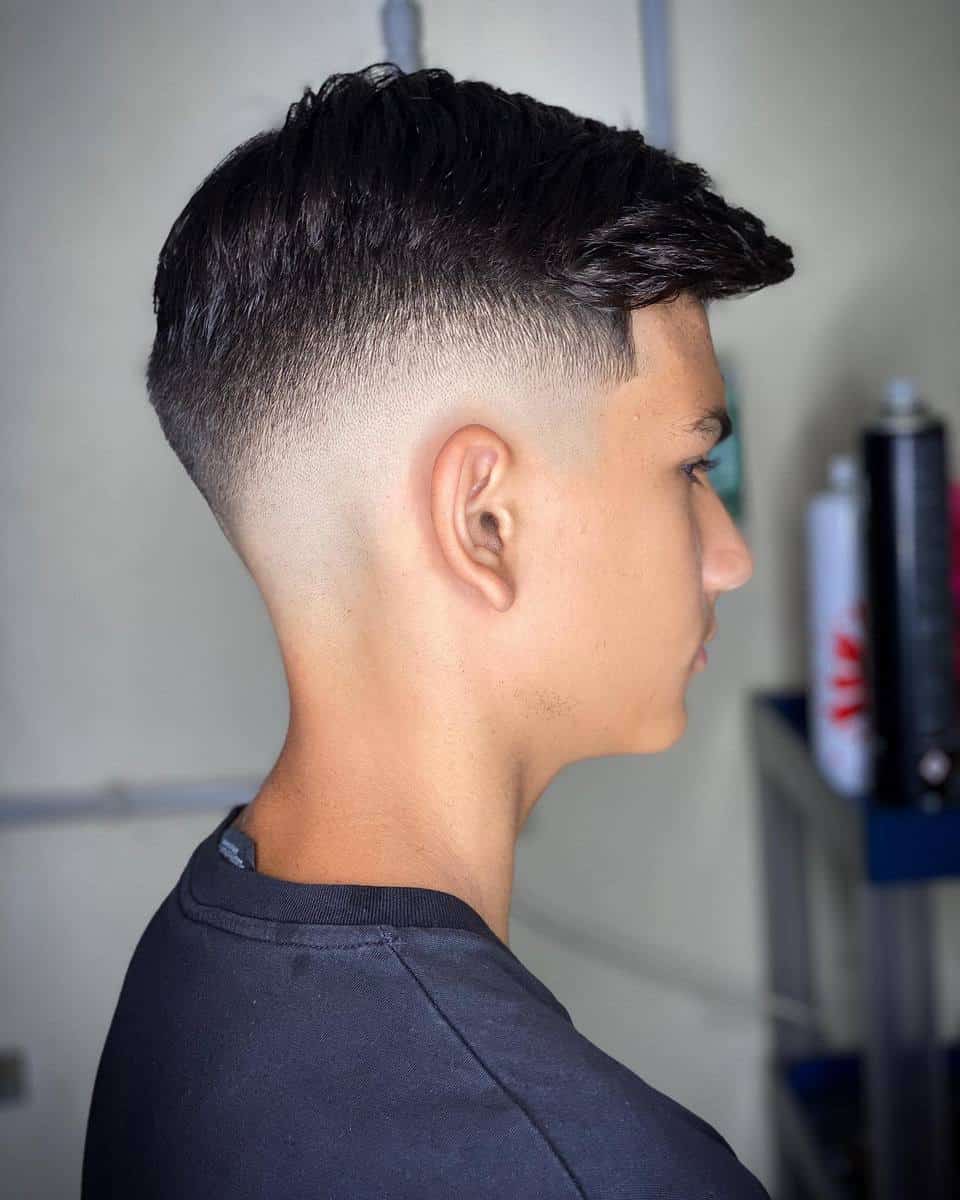 If you are new to the concept of the razor fade, or you are shopping around for your next signature cut, it may be best to start with a simple skin fade. For some men, the idea of cutting their hair to be different lengths can be quite daunting, especially if they are used to more traditional hair cuts.

Your barber can help work with you to find a classic razor fade style that feels comfortable. Warning, though — it may be a gateway into the more extreme fades that we are going to delve into below.

A pomp, or pompadour, is a type of hairstyle where hair is kept longer on the top than on the sides. It has been around for (literal) centuries, but it has seen a resurgence in popularity in recent years. Given its symmetry, it makes sense that it would mesh well with a razor fade. If you opt for a pomp razor fade, you can choose between letting your hair sit naturally or slicking it back with hair product (such as a pomade). 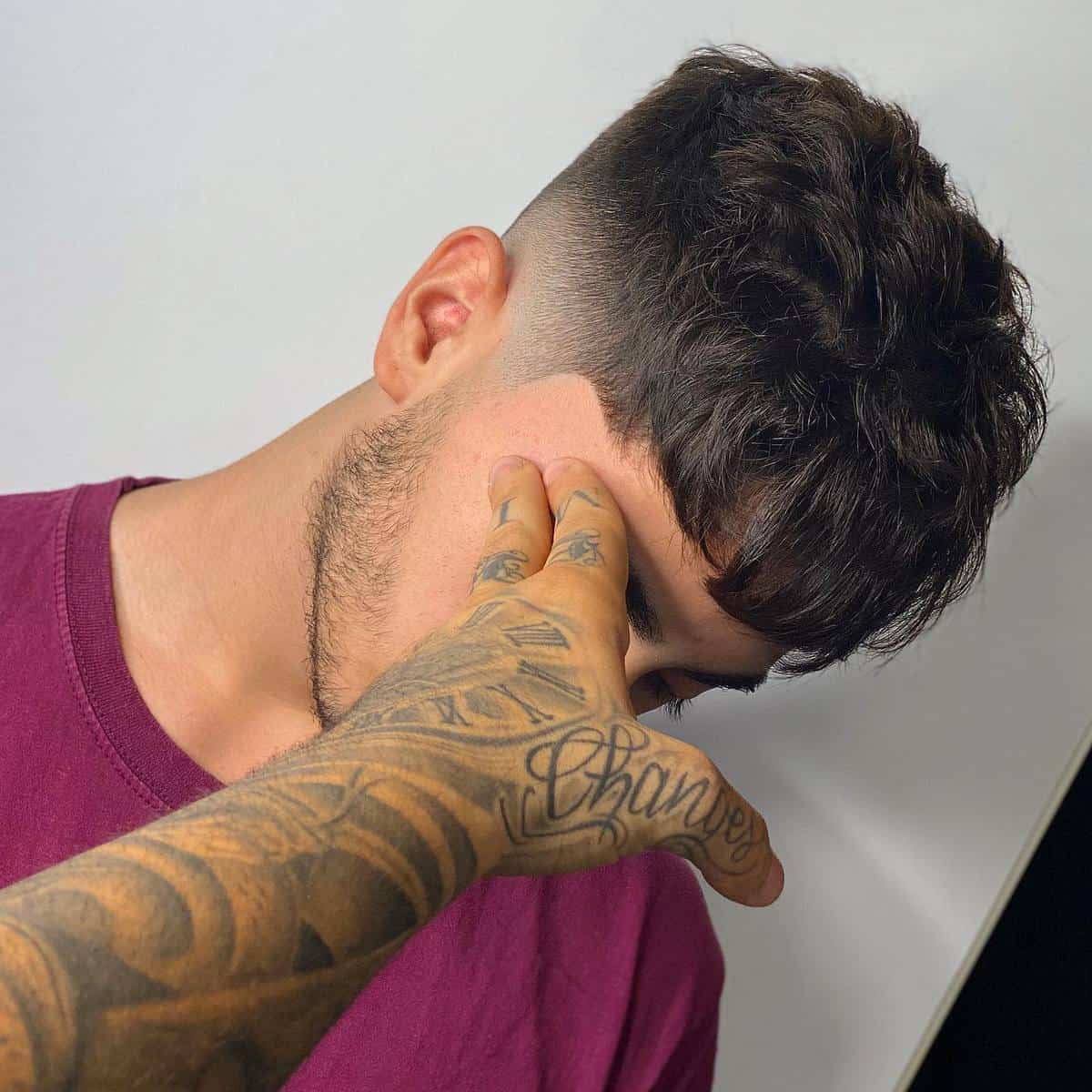 The razor fade is not only reserved for men with straight hair! It’s also a great choice for curly haired individuals. This is especially true if you find your hair is prone to frizziness or is hard to tame. With the help of a little product and some dedicated to getting regular haircuts, the curly hair razor fade can be an edgy but professional look. 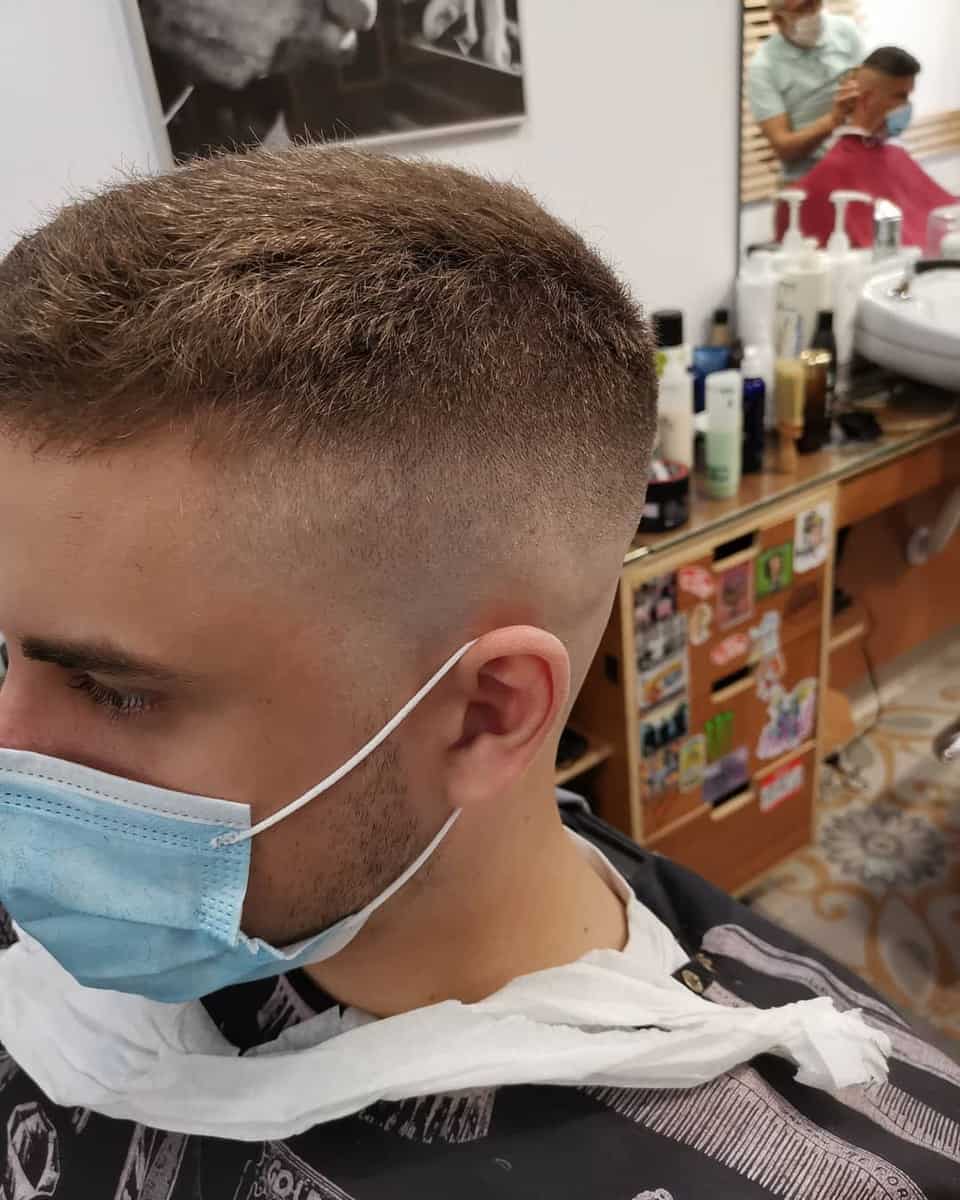 If you’re used to sporting short spiky hair, committing to a fade hairstyle can seem like a big jump. However, what if you could have the best of both worlds? The spiky hair razor fade features spiky hair at the top as well as a shaved back and shaved sides. Anyone who thinks spiky gelled hair should stay in the early 2000s has not seen what a razor fade can do to this particular hairstyle choice. 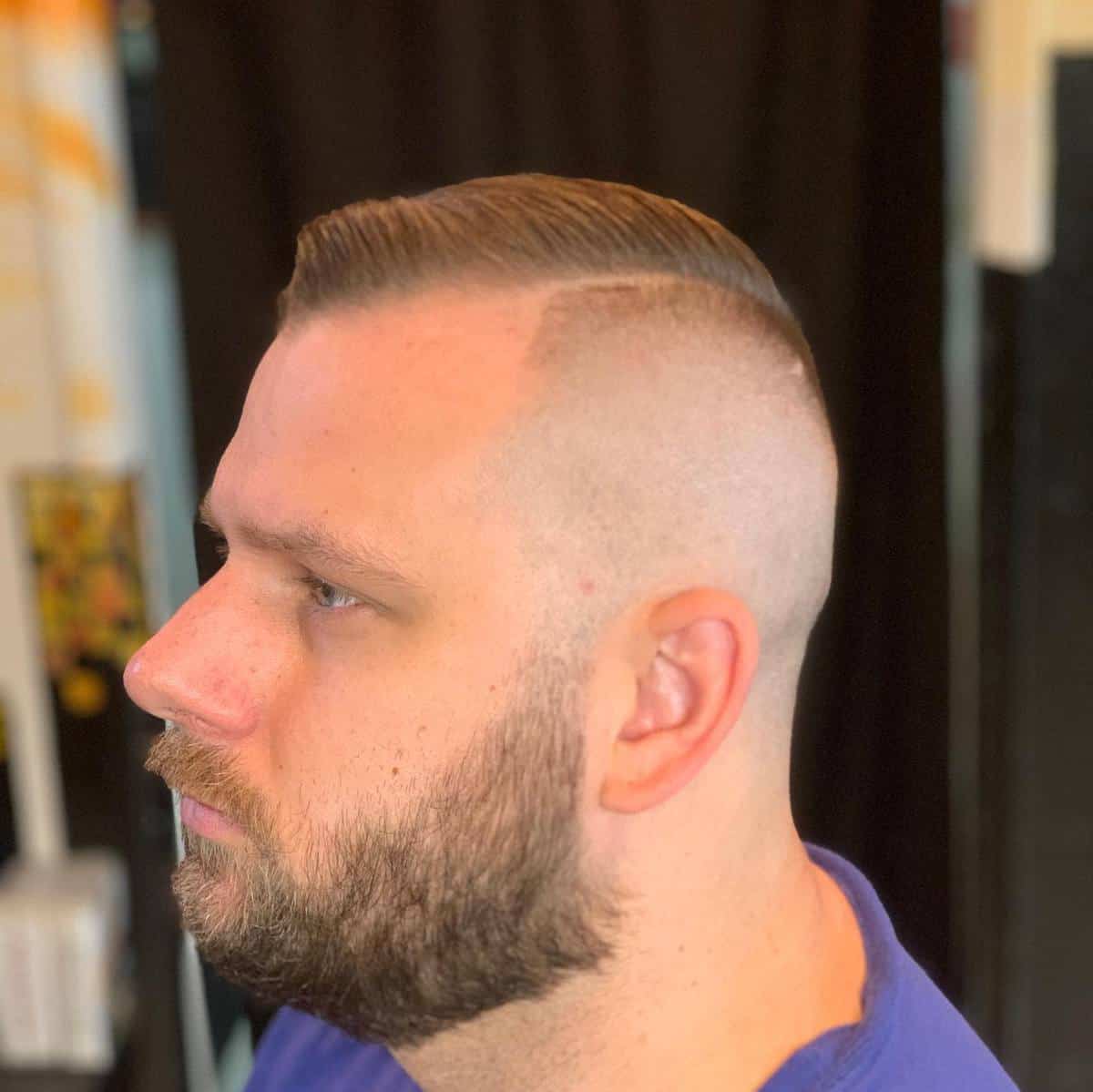 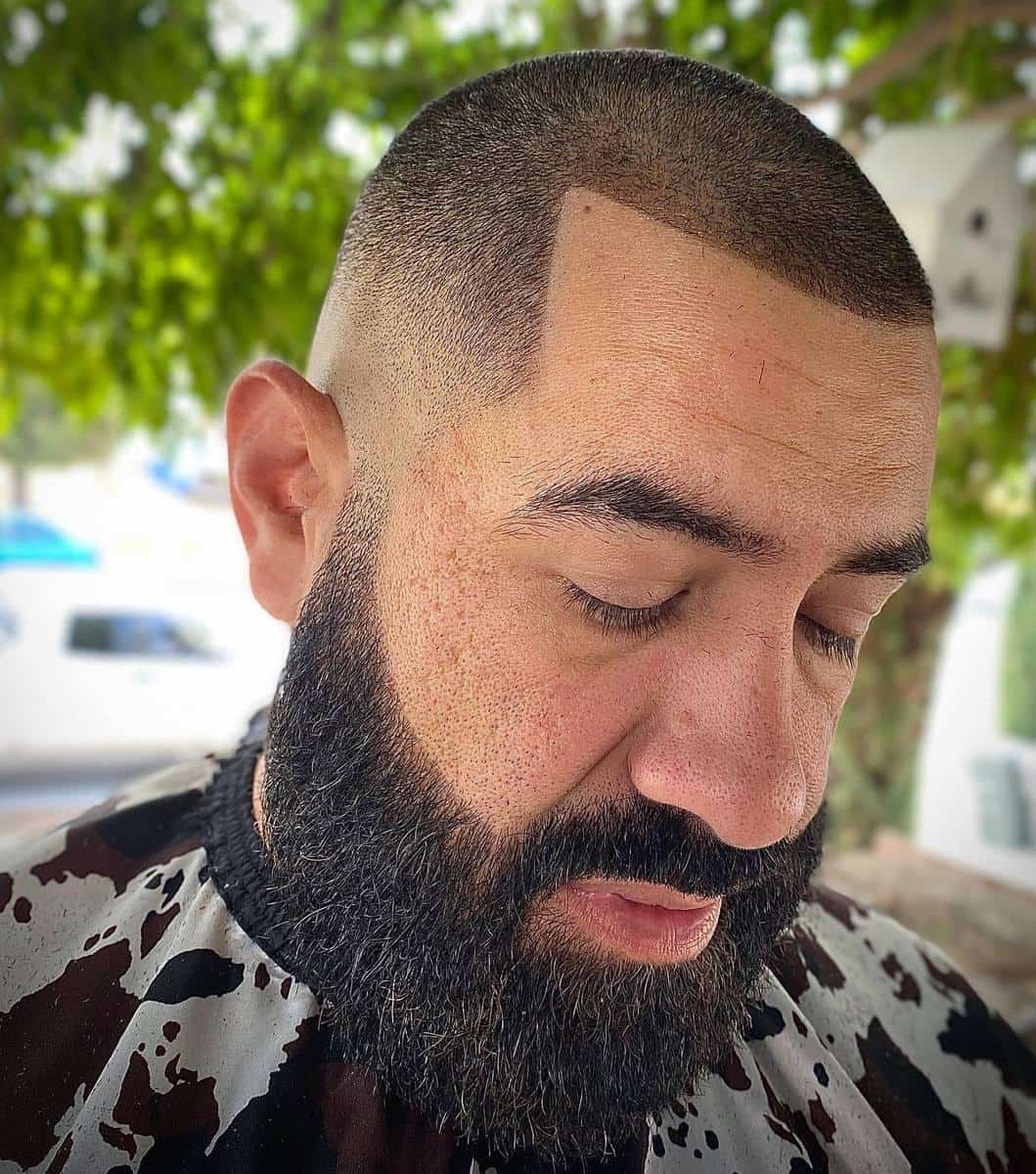 One of the best things about razor fade haircuts is that they are extremely versatile. While a great option for men with bald heads or balding hair, razor fades also complement facial hair well. This is especially true for men with beards, whether they are long or on the shorter side. The short fade is a great contrast against the long facial hair. 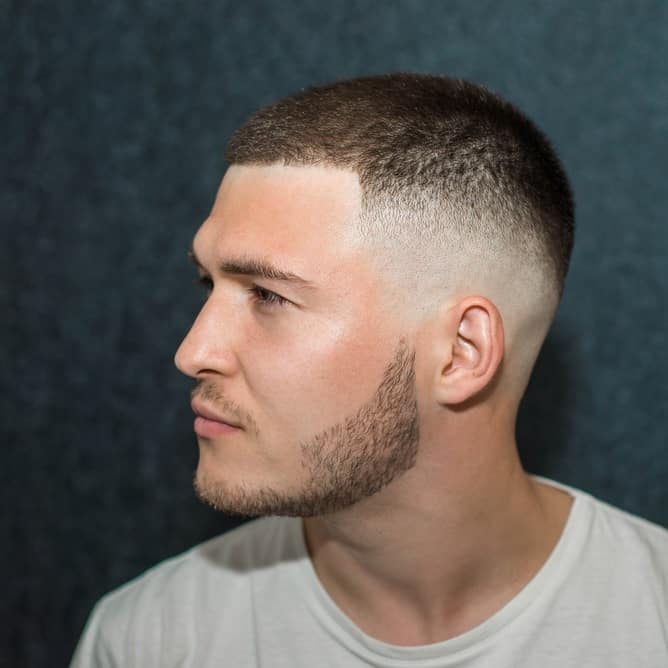 If you are looking for something a bit more striking, you can ask your barber for a straight razor fade. Your barber will use a straight razor to create dramatic straight lines on your head that result in a beautiful display of symmetry. The result is a unique cut that is sure to turn heads — especially your own, when admiring onlookers ask you to turn so they can get a better look at it. 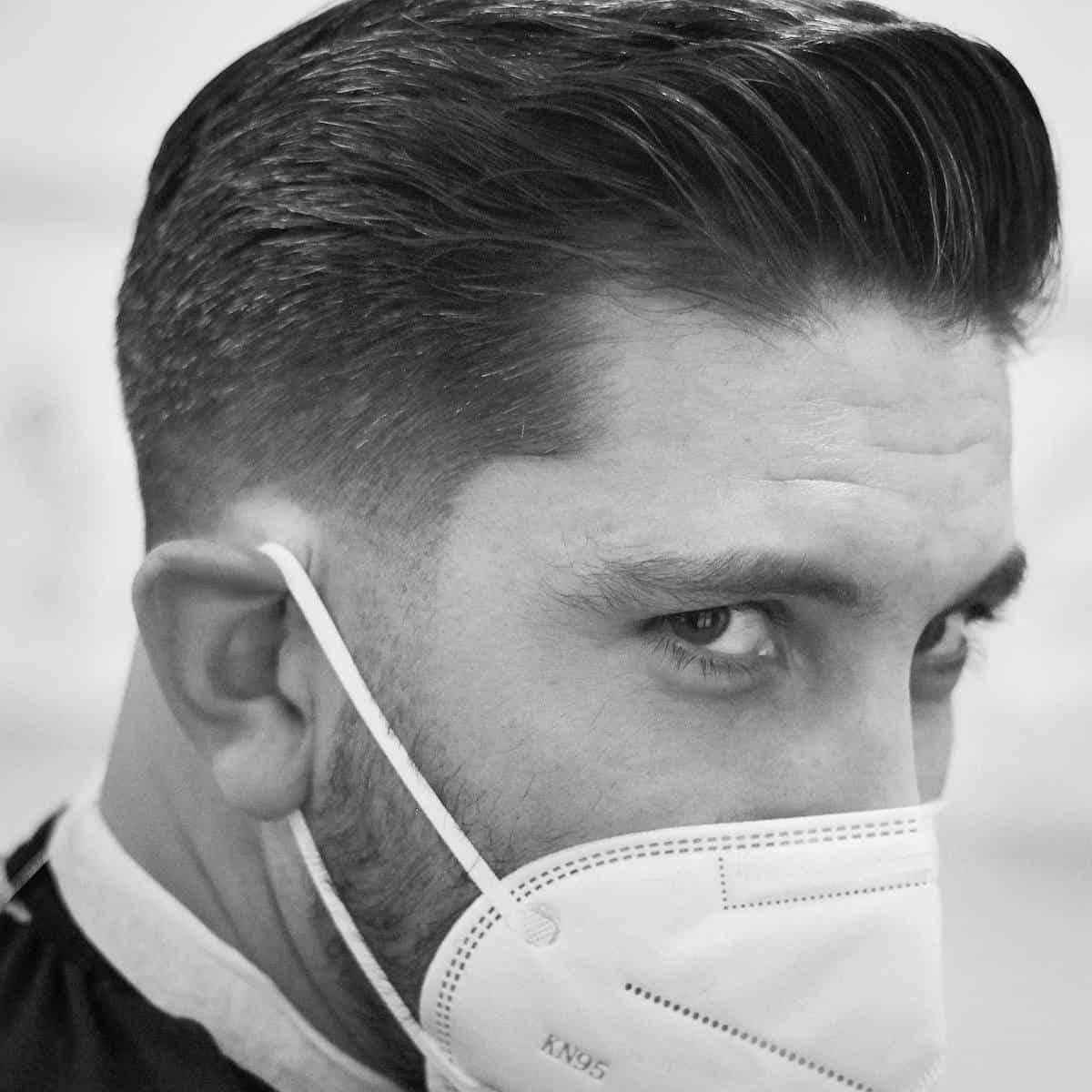 Low, mid, and high razor fades are all a bit similar. The difference is determined depending on where the taper begins on your head. While the low fade will get the shortest right around your hairline, the mid fade and the high fade will both go up a bit higher. The one you choose will be determined by personal preference as well as the way your hair sits naturally. 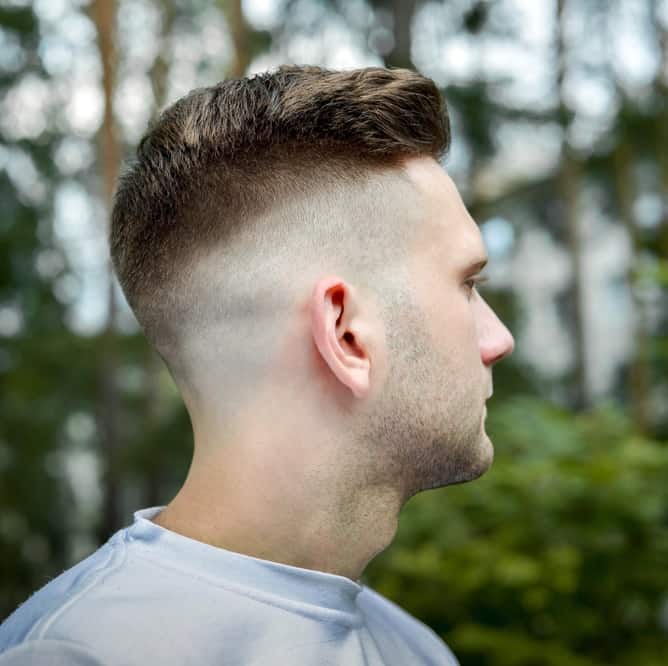 A mid razor fade will taper off halfway down your head. It’s a great choice for men with thin or thinning hair, or men with cowlicks. This is most likely the hairstyle you are envisioning when you think about a classic “razor fade”. 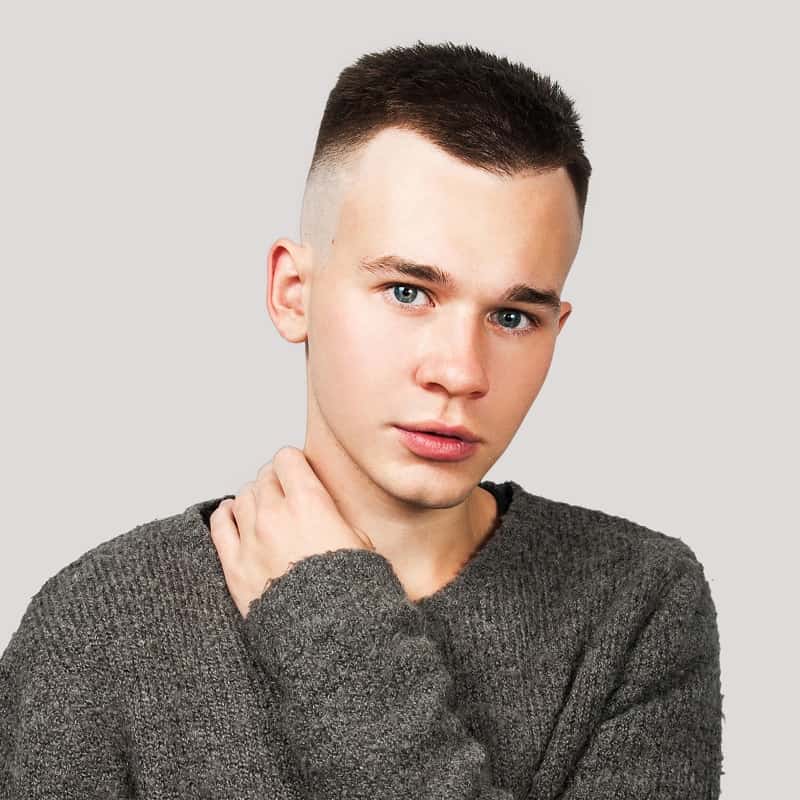 A high razor fade may be the most dramatic out of the fade varieties, but that only means that it’s the most stylish. A high fade can help elevate your overall appearance by modernizing your look. Unlike a bald fade, a high razor fade will not actually cut shave your hair completely. Instead, it will just be cut very short. 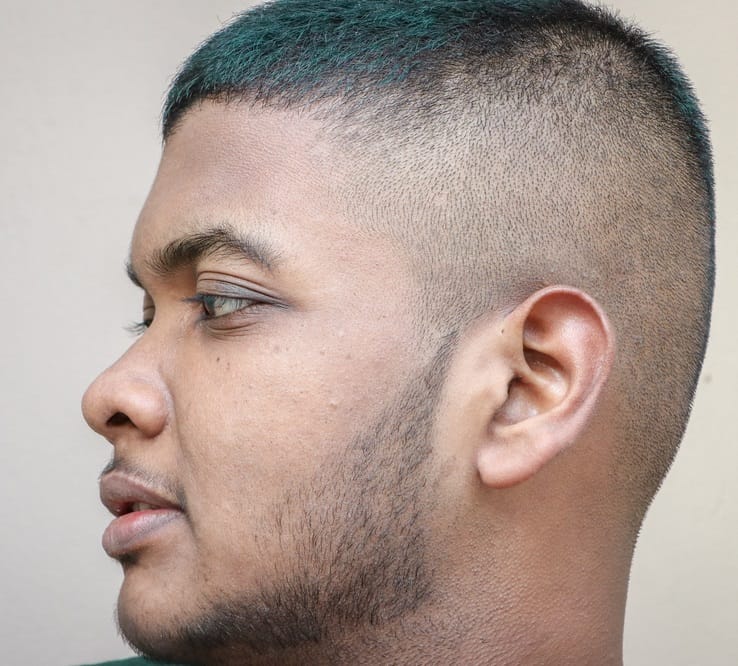 The bald razor fade has been a popular look among celebrities such as Jamie Foxx and Justin Bieber in recent years. The word “bald fade” is often used interchangeably with “skin fade”, and they do, in fact, mean the exact same thing. A bald fade is similar to the other fade haircuts except that, when executing a bald fade, your barber will taper down further so that your head is shaved completely. 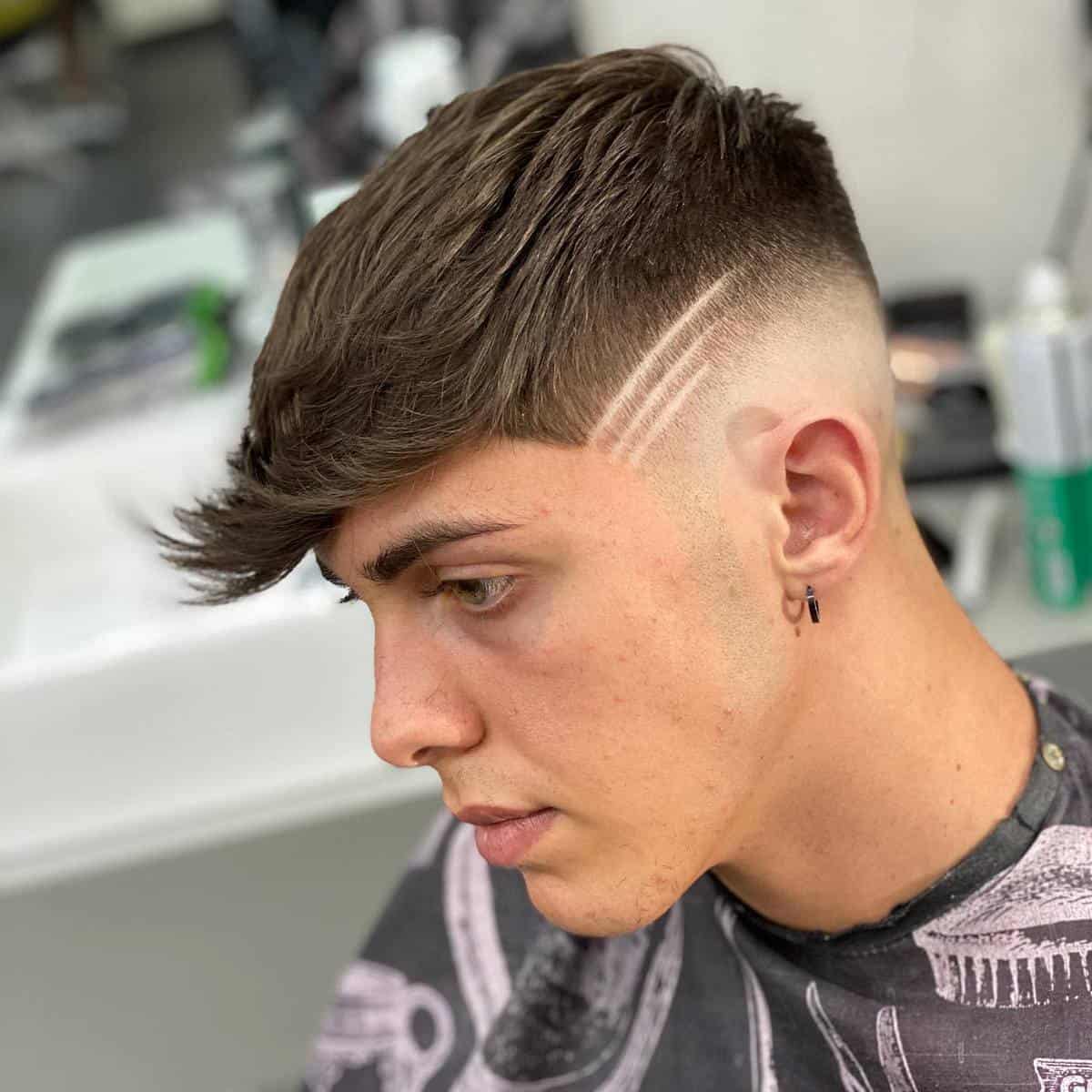 When you opt for a design to be incorporated into your razor fade, you are truly able to show off your creativity and individualism. Your barber will use a straight razor to create a design in the shaved area of your head, whether it be an intricate pattern or a simple set of lines.