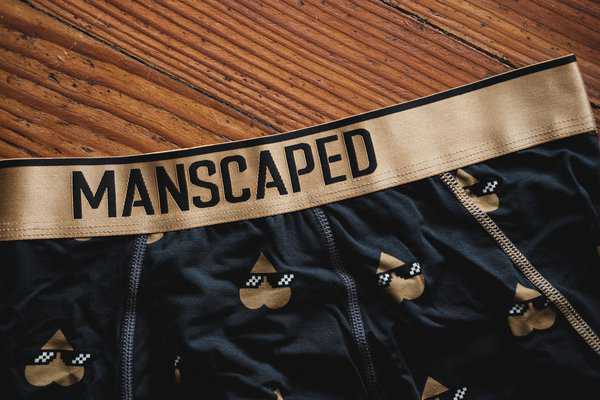 Testing the Manscaped™ Boxers 2.0 | Is It Time to Upgrade?

A few years ago, my underwear game looked very different than it does now. I was working with a company that spent a good chunk of the year on tour, which often meant sharing close quarters with coworkers between the events we were putting on.

Eventually, you get accustomed to the smell of your desk-mate’s BO, your boss’ toilet schedule, and a handful of other lightly personal routines. Anyone who has been on a tour of any sort knows this: after a few stops, things like seeing each other in underwear become way more normal than they would be at the office.

I would pack meticulously for these trips. I am, proudly, a concise and intentional packer. I often arrive for four or five-day work trips with the clothes on my back and a small carry-on or backpack. No room for frilly stuff, just my best black tees, a good pair of jeans, and my boots for the week. I would pack my most reliable underwear, too.

I will never forget the time that my underwear selection was called into question by an inquisition of coworkers after-hours in a Washington DC hotel. “You have to get rid of those by the next trip.” I was heartbroken.

While privy to the intimates of others, it was rare that anyone was bold enough to make a comment. The undies in question were (and I’ve never admitted this out loud) my favorites.

100% cotton, definitely from a brand-name six pack from a value big box chain, green and brown camo print with a purple paint streak from the time I impulse-painted a dresser during a midsummer move into a third-floor apartment. There was no choice but to paint in the buff.

From that point on, I was a changed man. Maybe that was the point where I BECAME a man. I threw them away after that trip.

That wasn’t just the point where I trashed that specific pair, but also made the conscious choice to upgrade my standard when it came to underwear. 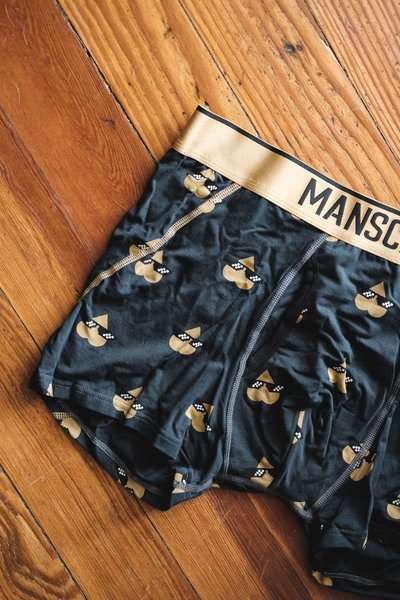 Good Underwear Is a Must

The context that’s missing in the story so far is the unexaggerated truth of just how important a tactical underwear choice is when under pressure. I’m not just talking in the bedroom or on a date. That’s a different story entirely.

I’m talking about the consequences of wearing a poor pair of boxers under physical demands, heat, or otherwise swampy conditions. This particular experience would consist of three or four twelve to sixteen hour days, mostly on my feet and with stretches of manual labor. Sometimes the weather didn’t play too much against my favor, but there were a few instances (most notably in 100-degree Texas) that I probably could have used a change mid-day. All this to say no more cheap underwear.

For the last handful of years, I have settled into the next level of generic store-bought underwear, definitely still more economical than tactical, but a cotton/poly blend and all in uniform black. I like them, but that’s not to say I wouldn’t jump ship. 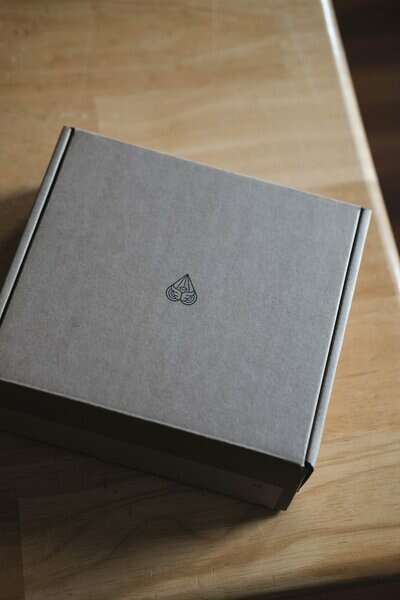 Over the last year or so, I’ve had the opportunity to try and review most of the offerings from MANSCAPED™. My grooming routine has changed pretty drastically, my skin and tattoos are looking fresher from their Hydrating Body Spray, and The Lawn Mower® 4.0 has reached untouchable status at the top of my list of favorite razors.

When they asked if I would try out their Boxers 2.0, it was a no-brainer. Is there even a better man for the job? I knew I could put them to the test. Here’s what I’ve found.

Out of the box, my first impression was that these would fit in nicely with the rest of my underwear drawer. While there was a time in my life where I might have been more flashy or drawn to patterns (um, hello camo and purple paint stripes), these days I’ll take intentional over-embellished any day. These are a perfect middle ground to my once glamorous and now all-black underwear wardrobe in grayscale with touches of gold (very cool) and a few fun but subtle designs. 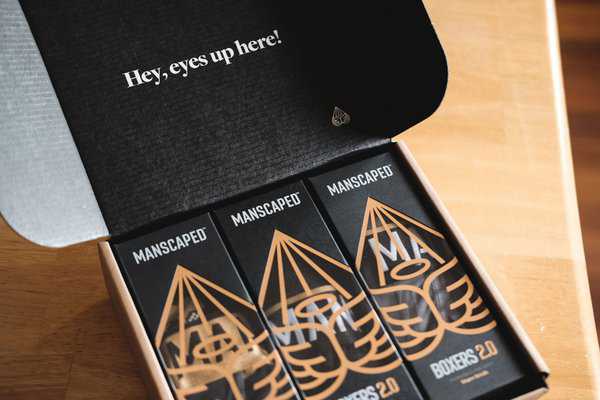 The packaging was also a knockout. Having been used to the zip lock bagged combo packs of the past, it was cool to see each pair individually packaged in the MANSCAPED branded box. If I haven’t made it clear yet, I’ll say again that the touches of gold bring the aesthetic up to cruising altitude.

While super soft to the touch, you can tell they’re durable. No ripping when you get your leg caught putting them on. What makes them like that? Read on as I dive into the details.

Two things come to mind when it comes to fabric choice for any garment in my closet: is it going to last and is it going to do what it’s supposed to do?

Long-lasting durability is relatively straightforward. When it comes to doing its job (aside from making me look good) it usually comes down to either keeping me warm or keeping me cool and ventilated. For boxers, it’s all about the second.

The crotch is, needless to say, a pretty sweaty area. Swampy, at times. MANSCAPED chose a microfiber blend for the Boxers 2.0.

If you’re familiar with athletic wear to any degree, you’ve heard of this fabric. It’s ideal for athletic use due to its anti-chafing, cooling, and moisture-wicking qualities, which are all tied back to its ability to ventilate and allow maximum airflow.

If you’ve ever sweated down there, you know the consideration.

I unboxed my Boxers 2.0 amidst an unseasonably hot May weekend when temperatures first broke the 80-degree mark and humidity seeped in. The perfect time to test underwear, right?

I threw a pair on (the golden ones, if you need to know) and took a small hike with my dog. I took a route where I could count on some good sweat, but not so arduous that I couldn’t wear jeans.

Despite a breezeless afternoon, I didn’t feel discomfort. I had to pay extra attention because crotch sweat is a thing you notice when it exists, not so much something on your mind when it isn’t present.

It’s worth it to note that the moisture-wicking is doing its job.  Not only does this fabric serve its purpose in helping airflow, but the signature stretch makes the boxers able to fit a variety of body sizes (and also comes in a full-size run so you’re covered on all ends).

Underwear is definitely one of those things where if you aren’t directly involved in it somehow, there’s probably no way you could know how much time and thought goes into something that appears to be so simple. Underwear, right? 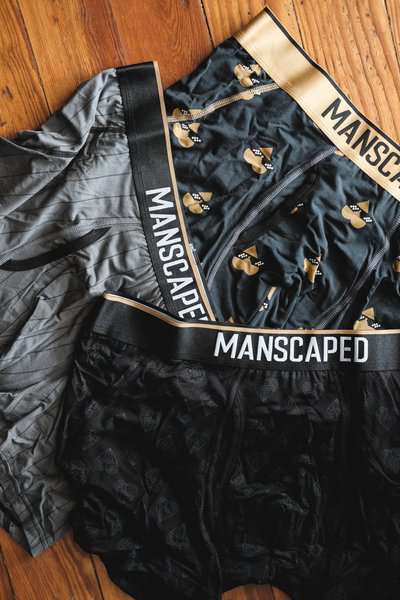 But even for the most everyday products, a lot of thought goes in behind the scenes to make the final result. MANSCAPED made no exception with the Boxers 2.0. Here are some of my favorite design features in the Boxers 2.0, that ultimately are the factors that lead to more comfort and a better experience: 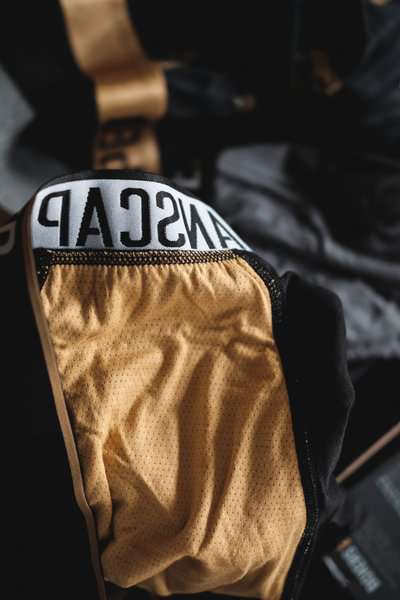 Here’s the best feature, in my opinion: in true MANSCAPED form, they’ve considered what it’s all about by introducing “The Jewel Pouch™,” the crotch area specifically designed to maximize airflow to your balls. While you definitely feel the difference and that’s worth writing home about, I think my favorite feature of The Jewel Pouch is that it is fairly discrete about its function, versus other shock and awe undies that shove it in your face (figuratively, in this instance). However you use it, it works.

I have never really been a “boxer” guy. By generic package definition, I guess I have always been more about briefs. I have worn boxers here and there but never for more than a day or so. I just don’t understand how people can find comfort in so little structure down there.

Now, the Boxers 2.0 are boxers by name, but the perfect underwear by my personal definition. And truthfully, that comes down to one factor: the support. 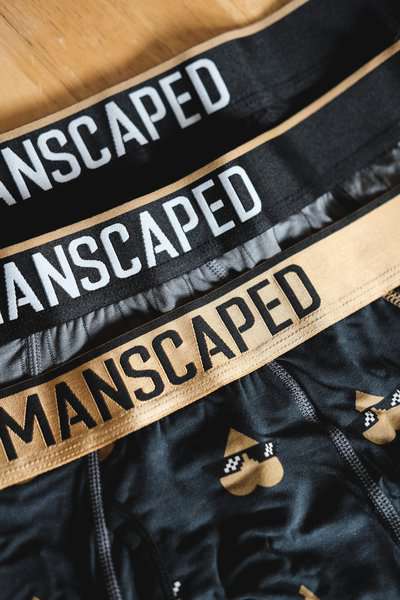 Like I said before, the fabric is premium with the right amount of stretch while still maintaining a stable form. The fit is in standard sizing, and my true size found me with the legs hugging my body correctly, but not feeling restrictive or tight in any area.

I have worn underwear that claims to “lift” you or even add a dramatic effect to that region, but not only has it not done what it said it would (and why would I believe them?), they’re removing emphasis from the actual functions you want from your underwear.

The Jewel Pouch, while sewn specifically for airflow, serves a secondary purpose by adding extra support to the region that needs it most. Maybe this all sounds TOO technical for your daily underwear choice, but you’ve definitely sat down and gotten tugged the wrong way by your shorts seam. This is what we’re talking about here. It’s about safety, guys.

I’ll keep the recap “brief.” MANSCAPED describes the Boxers 2.0 as premium and in all senses, they’re definitely premium underwear. They’re designed with specific and intentional support in mind for where it most matters. The fabric and form are comfortable, classy, and made from durable materials that will last you far beyond a single season. Especially as we head into the warmest months of the year, you’re up against the heat with anti-chafing, cooling, and moisture-wicking qualities on your side down below.

Even better news: you can get a jump on your underwear upgrade with an extra 20% off + free shipping by taking advantage of Next Luxury’s exclusive partnership with MANSCAPED. Use this link to save a few bucks (and your balls too, while you’re at it.)

See more about - Making It Through Dry Winter Skin With MANSCAPED™