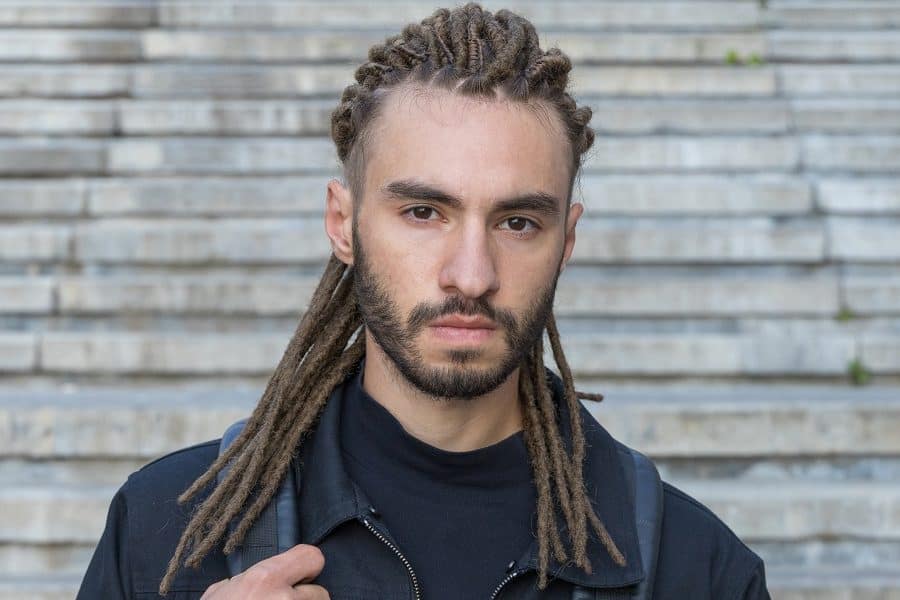 14 Ugly Haircuts You Should Never Try

There is an old saying that goes, “clothes make the man.” While it’s hard to disagree with this statement, it’s also fair to say a man’s haircut also plays a part.

These days, your style of hair says just as much about you as the clothes you wear or the shoes you rock. You might have long locks or the latest celebrity do; whatever it is, your haircut is a statement that tells people about you. For that reason, you want to make sure you have a cut that not only looks good but works for your face shape and is in style. Ugly haircuts can put a serious damper on your image. But what makes bad hairstyles ugly?

It often depends on the individual, as some cuts and hairstyles only suit certain faces. Long hair might not work well but short hair does. Even if you want the latest celebrity look, there’s a chance it might not work for you. If that is the case, your barber will no doubt let you know. But there are some haircuts that everyone understands are just plain horrible. To make sure you don’t find yourself with a bad haircut, here are the worst haircuts to stay away from.

Sometimes you just have to face facts. If you are balding on top, your hair isn’t going to magically grow back anytime soon, so you have two choices. You can either get a hair transplant or shave your thinning hair and get a buzz cut. The worst thing you can do is get a comb over. You’ll end up looking like some sort of 70s con man (think Christian Bale as Irving Rosenfeld in American Hustle), or worse, Donald Trump. If you are balding, embrace it and shave your head. According to science, women find bald men more attractive anyway, so you might as well give it a crack. 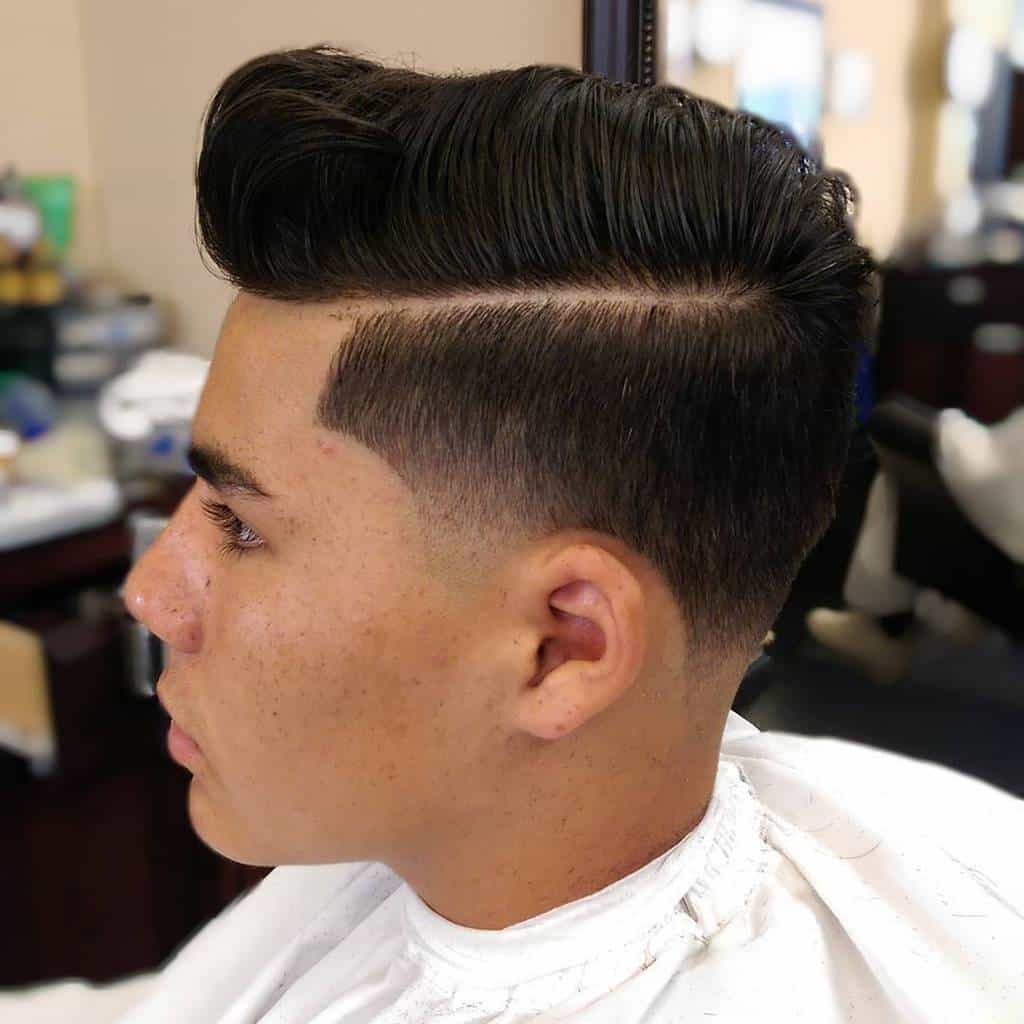 If you want people to automatically assume you are from the ghetto, a rat tail is the haircut for you. It’s basically a short haircut with long strands of hair at the base of your neck that trail down your back. It looks even worse when the rat tail is braided or permed. The rat tail is a horrid style that was huge in the 80s. It died out in the 90s but has had a slight resurgence of late, not that we can understand why. It is certainly not the type of haircut you want if you are trying to get a date. 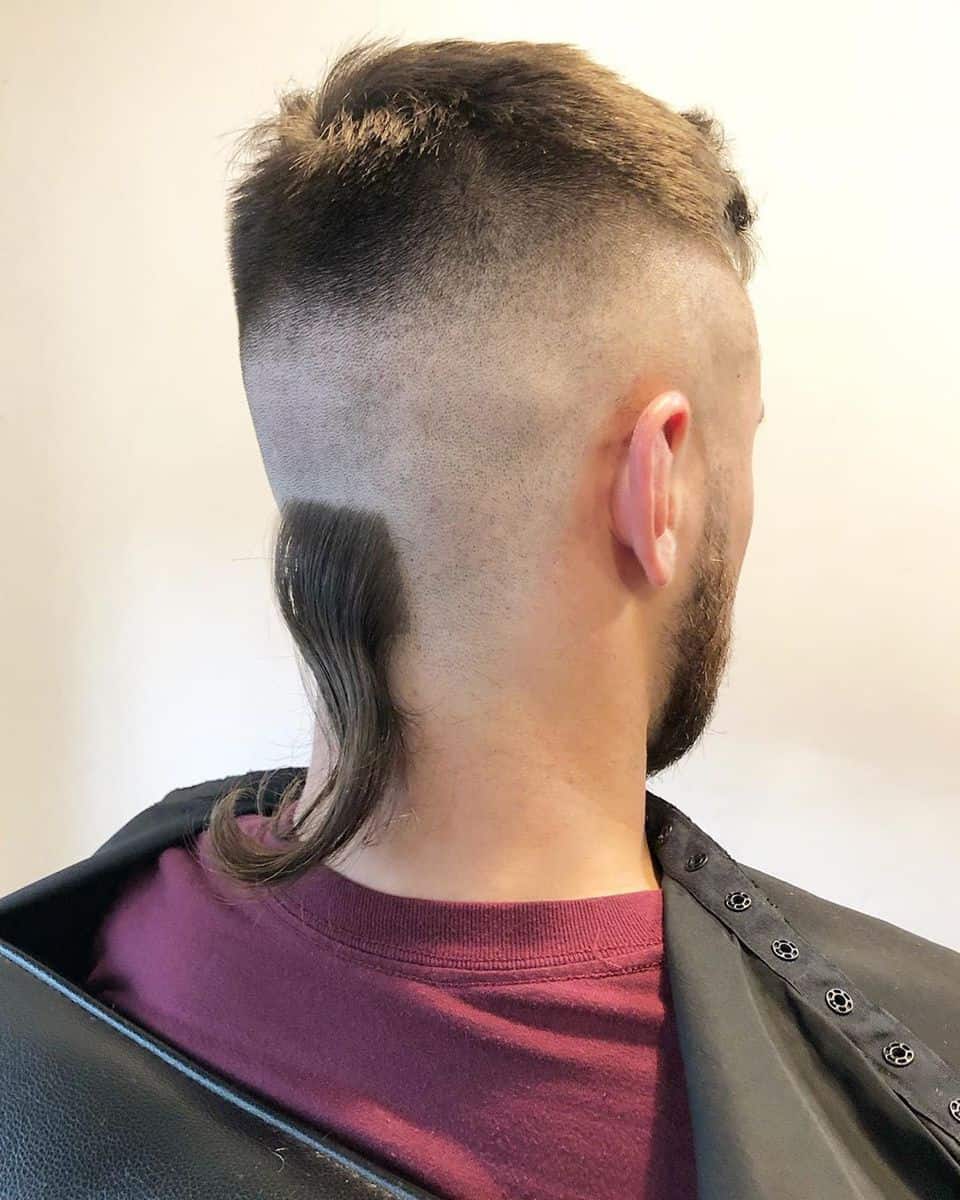 The man bun had a moment a few years back, but now it has been relegated to one of those looks that have come and gone. While not terrible, it did lead to a number of different man bun styles that really are eyesores. One such hairstyle is the short man bun. This style features an undercut hairstyle on the sides with the remaining crop of hair on the top of the head tied into a short bun. This haircut looks rubbish and doesn’t suit any outfit or occasion. Stay well clear. 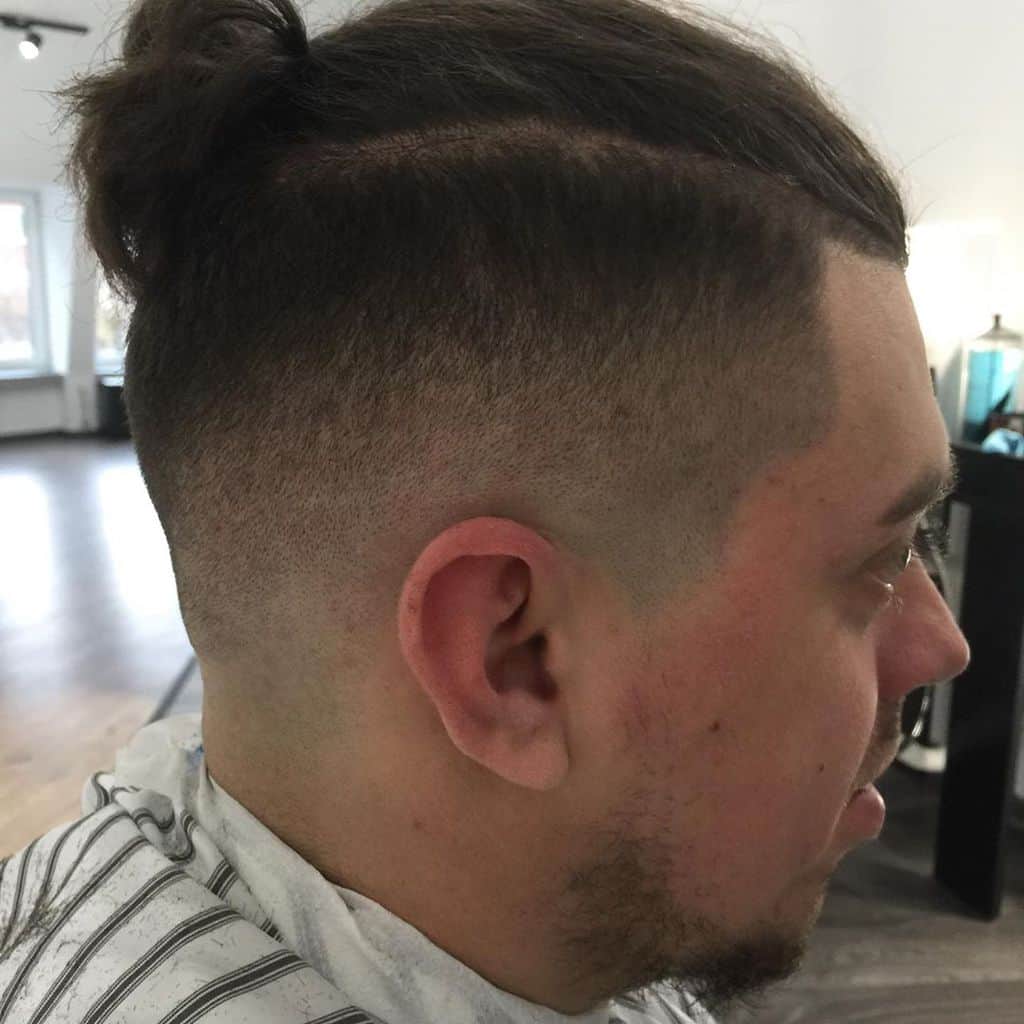 This might be a hairstyle favored by women, but there have been plenty of men who have rocked a perm over the years. On a woman, it makes their hair thick and curly and can really help them stand out. For men, it is the exact opposite. The curly hair on top of the head resembles little coils, or in the case of Justin Timberlake, two-minute noodles. It really is a horrible haircut that adds nothing to your look and is best avoided. 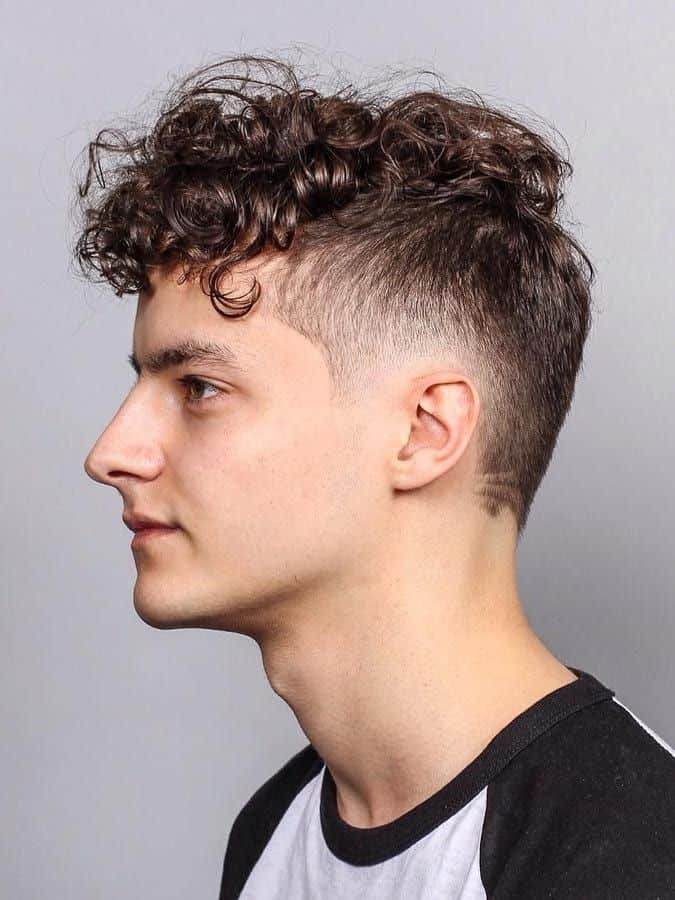 At the 2002 soccer World Cup, the legendary Brazillian Ronaldo showed up with one of the most hideous haircuts of all time. Now referred to as “the Ronaldo,” this terrible haircut involves shaving your entire head and leaving a triangle tuft of hair at the front of your head. Incredibly, Ronaldo kept the hairstyle for the entire tournament, where he was crowned the Golden Boot (most goals) while leading his team to World Cup glory.

So why the bad haircut? Sports Joe revealed Ronaldo told ESPN Brazil that he came into the tournament with an injury and wanted to distract people. “My groin was hurting. I was only at 60%. So I shaved my head. Everybody was only talking about my injury. When I arrived in training with this haircut, everybody stopped talking about the injury.” Can’t argue with that. 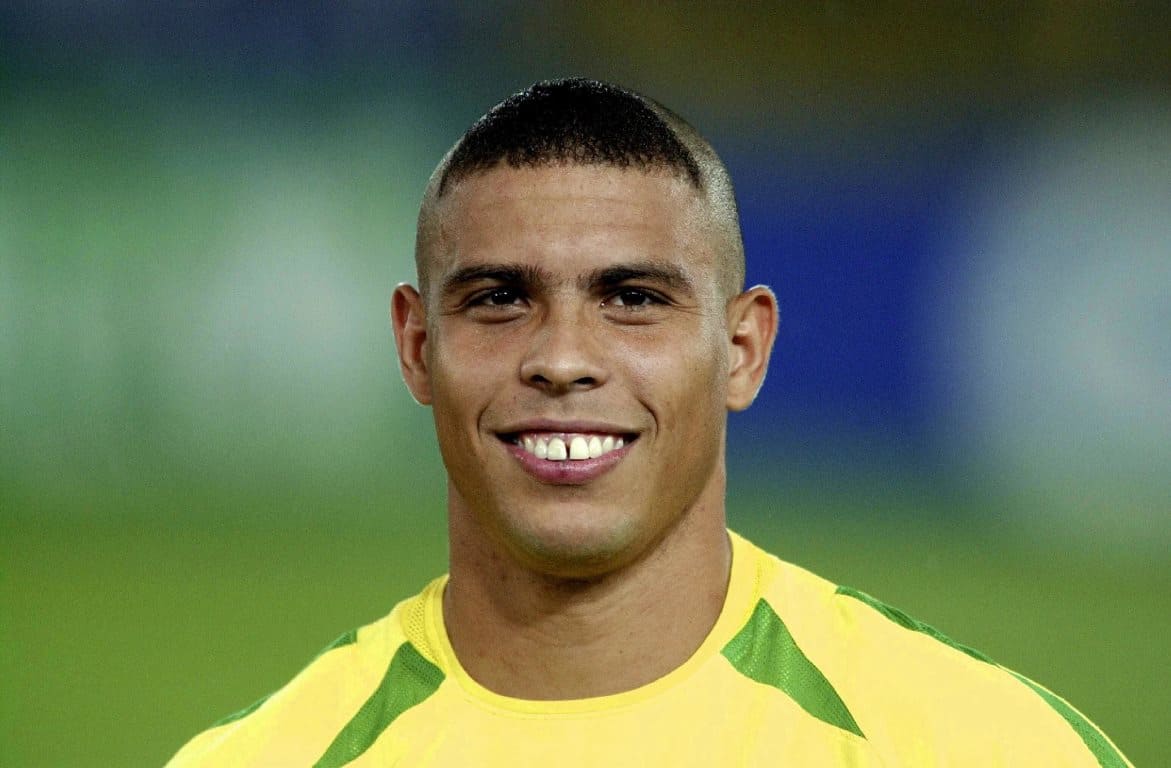 This one might be controversial, but if you have long hair, stay away from the middle part. It might have been cool 30 years ago, but in today’s climate, it just doesn’t cut the mustard. If you have really straight hair, it looks even worse. You’re better off with a side part or pushing it all back and letting it drop wherever. 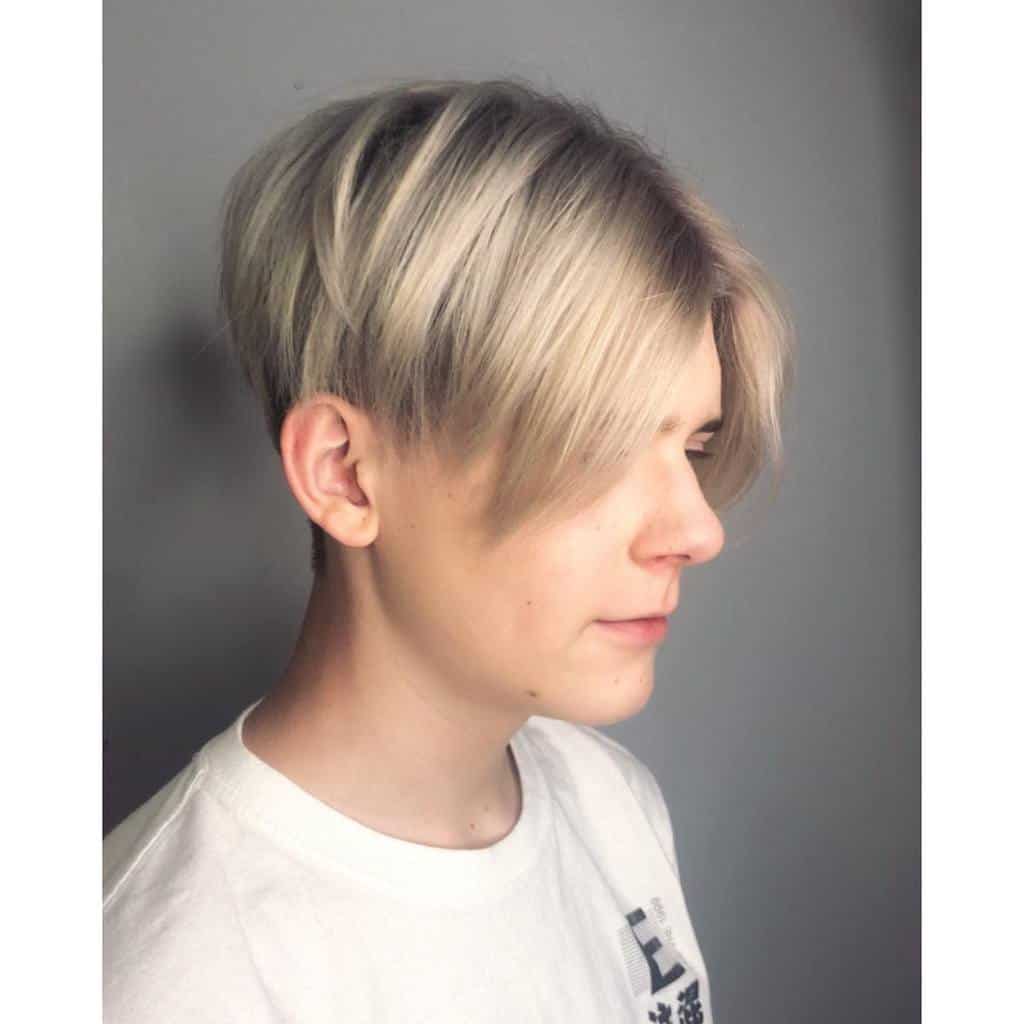 This is another pick that might surprise some of you. Dreadlocks just look shabby and uninviting. If they are being worn as a celebration of your culture, then that is fine, but it is when other people (mainly white cis men) decide to start rocking dreadlocks that it becomes a problem. While there is the whole cultural appropriation debate, they also generally look bad on Caucasian men, especially those with thick dreads that look like some sort of a rat’s nest on your head. No, thank you. 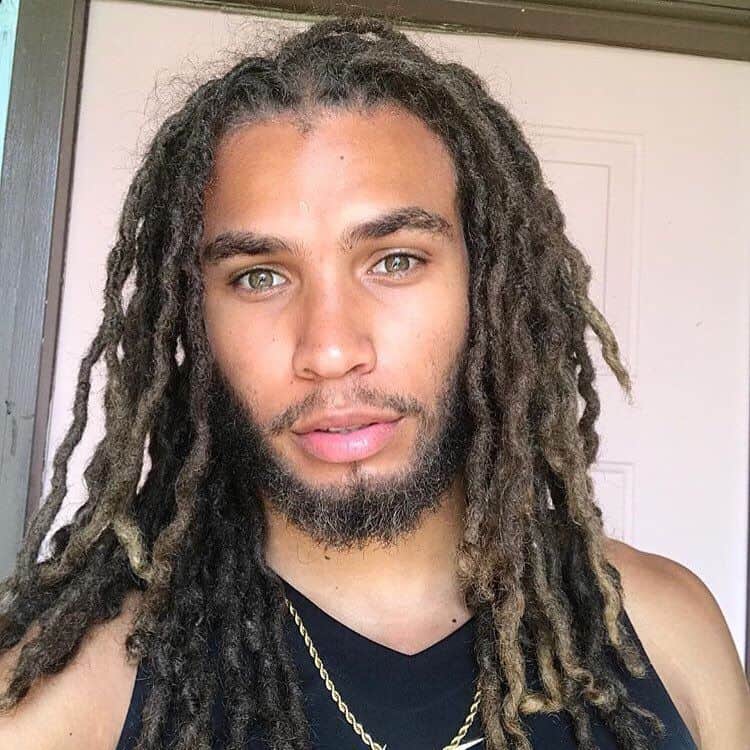 For some reason, the bowl cut continues to flourish as a style of haircut for men. It has been a constant throughout the ages, from 17th-century monks to The Beatles to Jim Carrey in Dumb and Dumber. Why it remains popular is anyone’s guess because it looks horrendous. As the name suggests, this hairstyle looks like someone has put a bowl on your head and then hacked away at your hair. Just keep in mind that while you might think you look like 60s John Lennon, you probably resemble Moe from the Three Stooges. 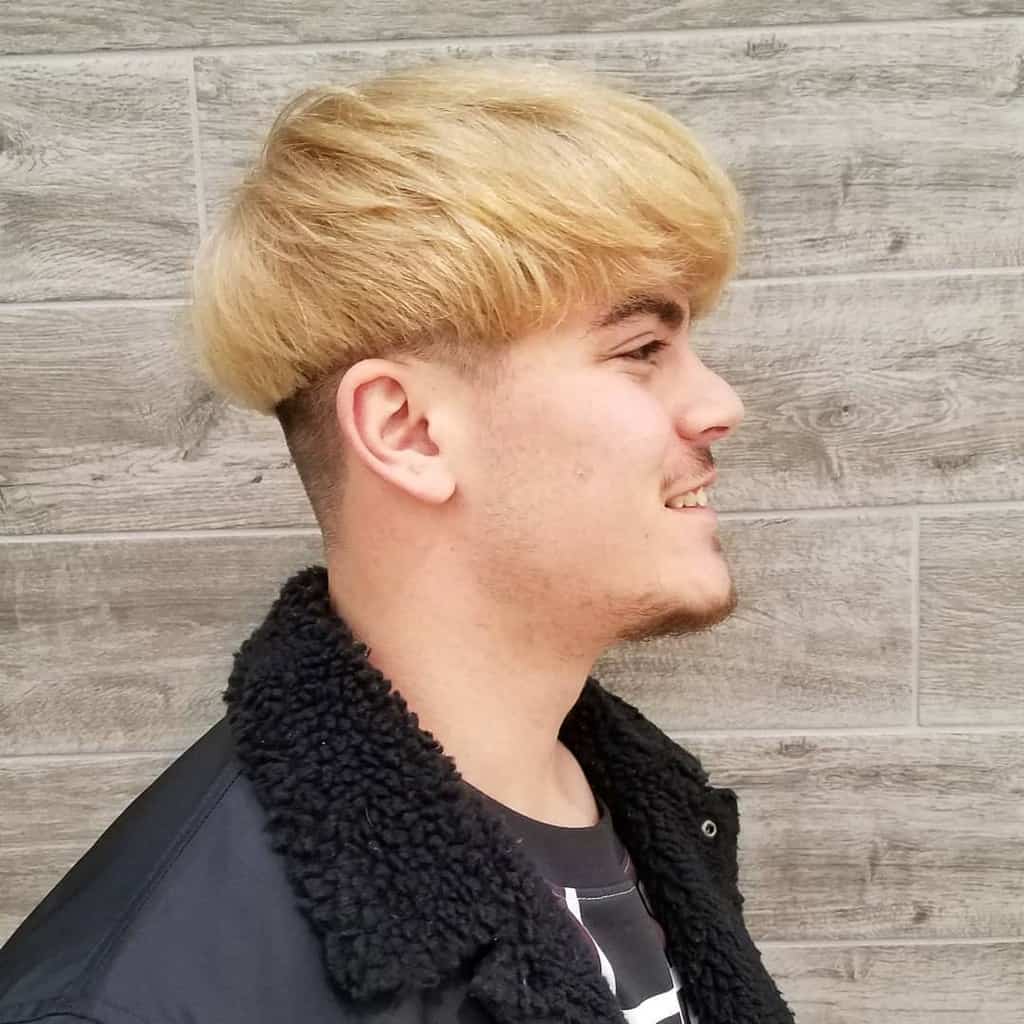 Anyone who was a teenager during the late 90s/early 2000s would be lying if they said they didn’t get tips. This is one of the many haircuts from that era that haven’t aged well. It involves a short back and sides with short spikes on top that are usually bleached blonde. Blame boy bands for this haircut becoming a thing. That said, Guy Fieri has been sporting frosted tips for over two decades now and he’s a millionaire, so maybe there are some magic powers associated with this horrible haircut. 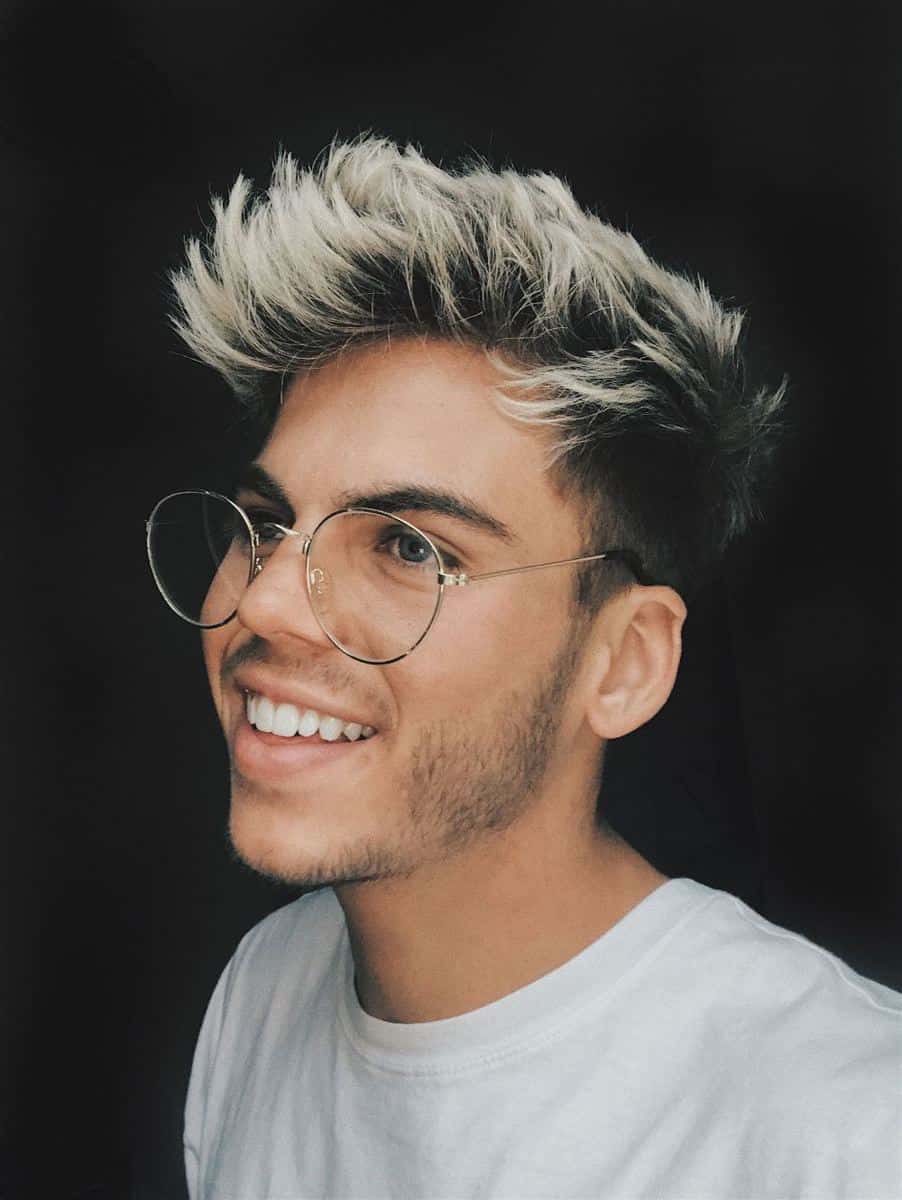 The former UK Prime Minister has one of the strangest mops of hair in the world. It’s up there with Trump in terms of sheer lunacy. While he obviously has a thick head of hair, he really doesn’t know what to do with it. He always looks like he has just woken up, and the fact that he continually ruffles his hair doesn’t help. While messy hair can look sexy and cool, it doesn’t really work on a 57-year-old man with dyed blond hair that has no shape. A terrible hairstyle nobody should try and recreate. 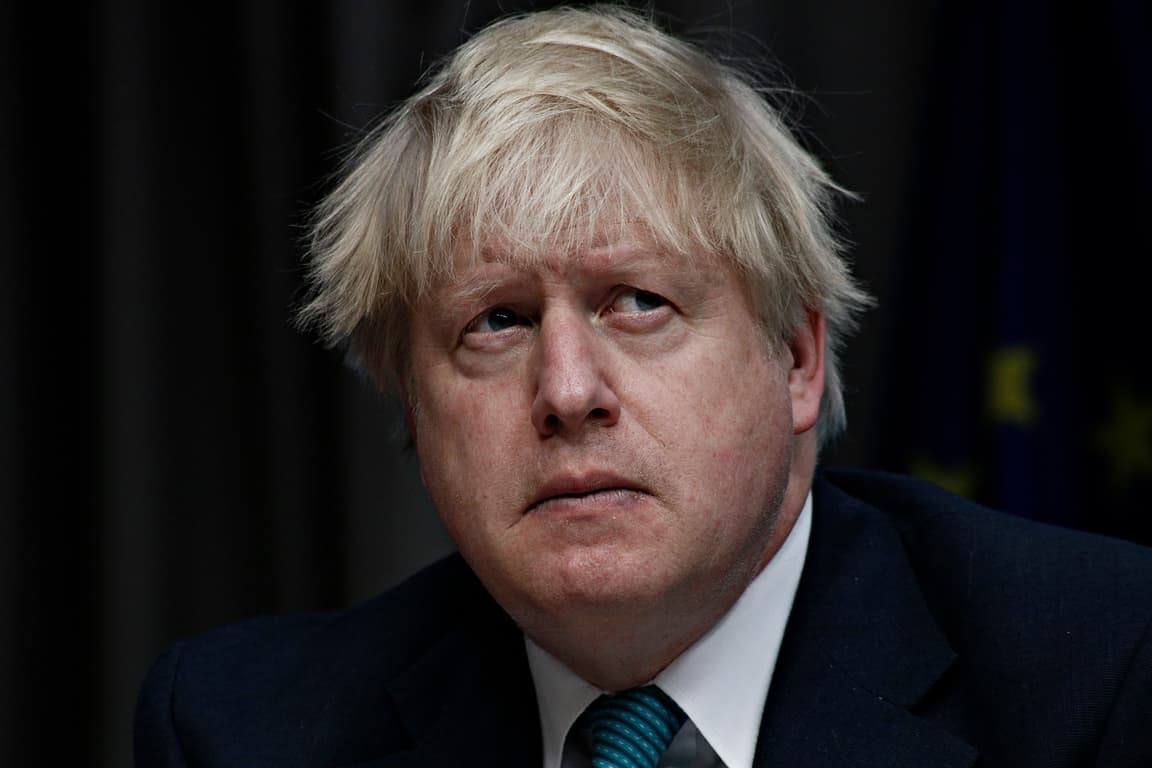 This one is favored by gym bros and got attention thanks to rapper Macklemore. The sides and back are buzz cut, while the top features a short length of hair that can be pushed back or parted to the side. The worst version of this is when the hair is wavy. It looks like an uncircumcised penis and is just a terrible haircut that no man should endure. Despite this, it is still quite popular and many women do like the look of it. Why is anyone’s guess. 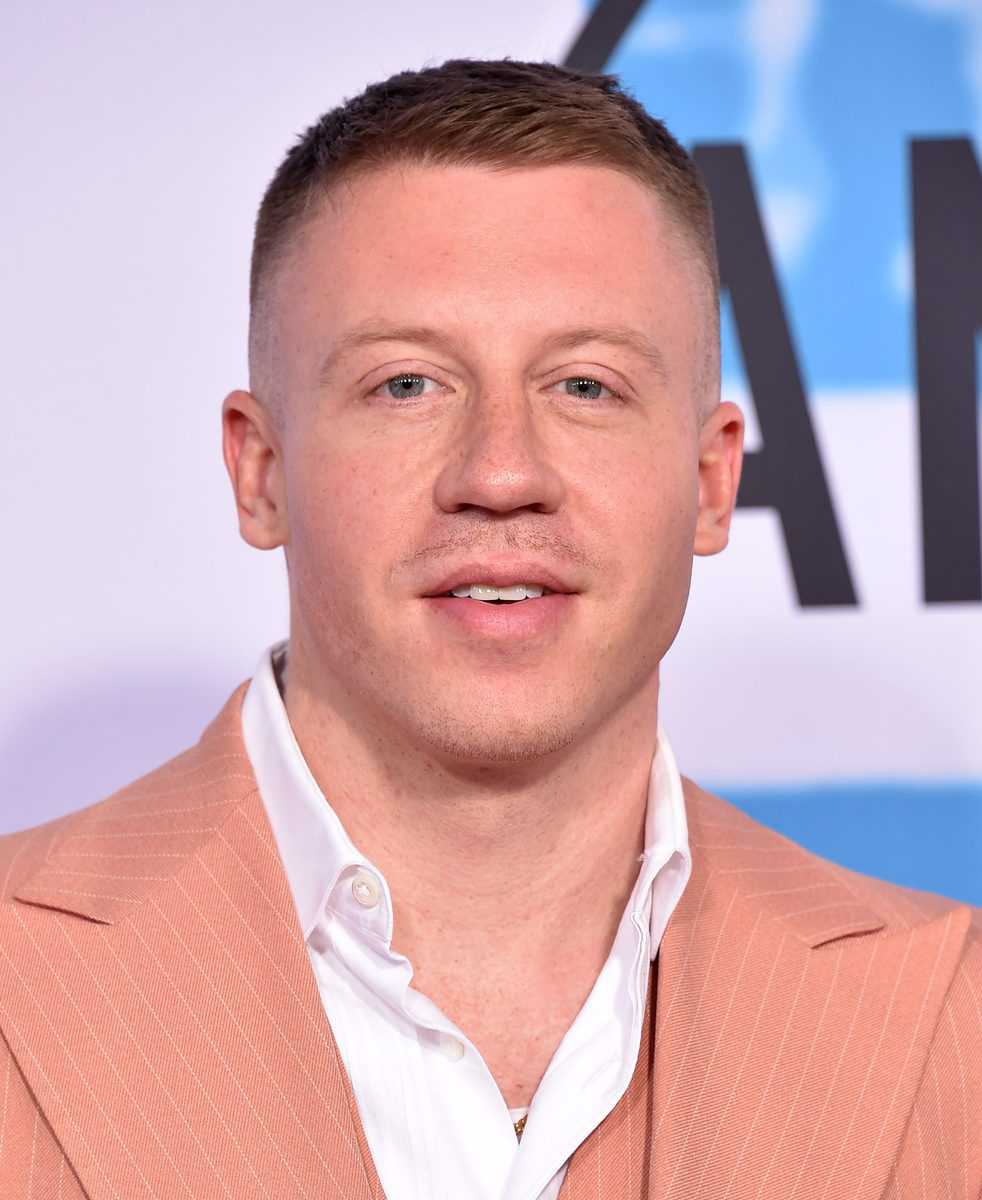 Cornrows are a traditional African style, so unless you are of African descent or a famous rapper, stay away from them. This hairstyle on white men is an eyesore. Just don’t even think about it. If you aren’t convinced, just remember Kevin Federline, Britney Spears’ one-time husband, who used to sport them. If that isn’t enough reason to not attempt this hairstyle, then you are a lost soul. 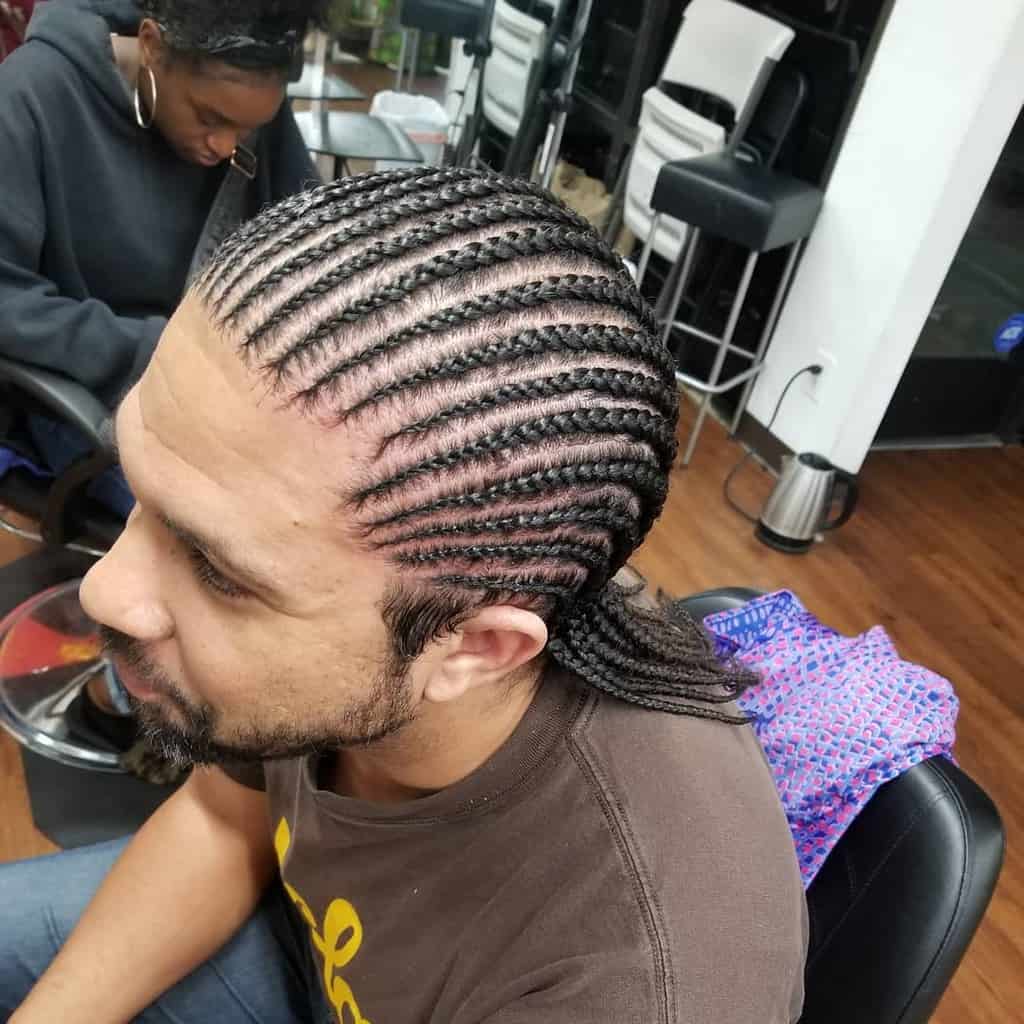 You don’t want the shape of your face to look like a box, so stay away from this military-inspired cut. It’s the type of hairstyle you often see on older army gents. The sides and back of your head are almost completely shaved, while about one to two inches of hair is styled to look like a box or flat top, as it is also commonly known. You are better off just getting a buzz cut and not having to worry about people looking at your hair and laughing. 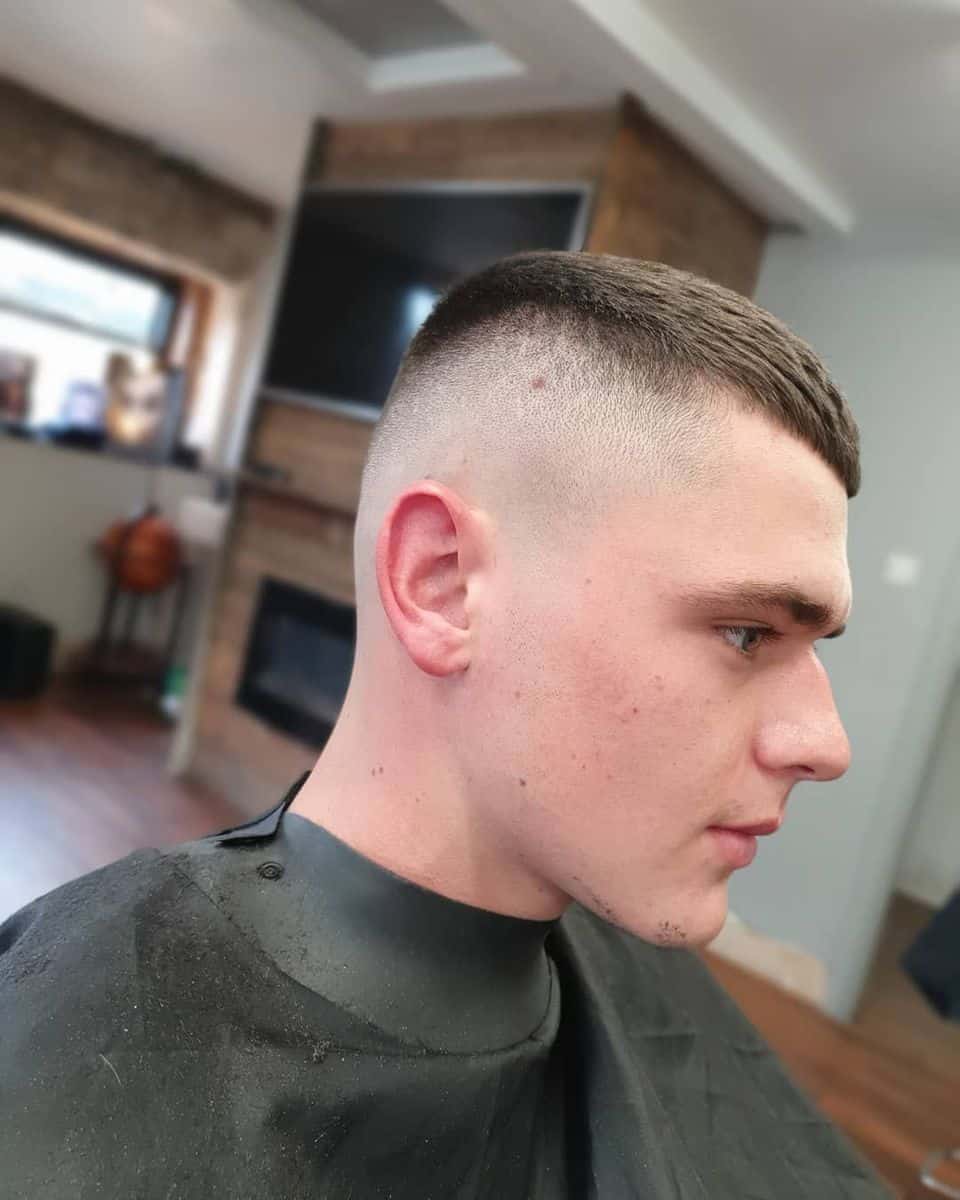 Mullets have somehow made a comeback, which has no doubt made Southerns quite happy. While it is still one of those ugly haircuts nobody should willingly get, its popularity means you can’t say anything too bad about it. The same doesn’t go for the skullet. This horrendous look combines a mullet with a buzz cut, resulting in what one could describe as the worst haircut of all time. You really need to have some balls to pull this one off, and even then, you will still look like a bit of a dick. 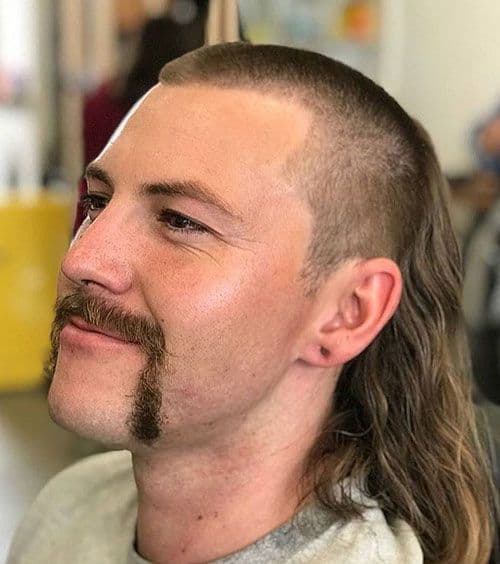