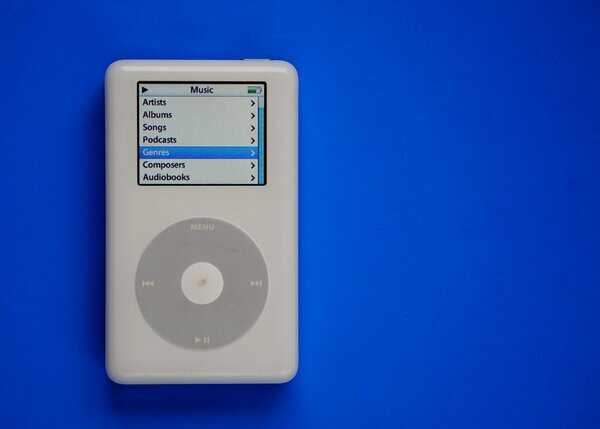 20 Things To Give You That 2000s Nostalgia Feeling

It’s funny to think about the early 2000s sparking nostalgic feelings, but considering we are already in 2022, it rings true. For most Millenials, especially those born in the early 90s, the 2000s will hit you in the feels. It’s a time that shaped many a 90s kid. Pop culture was coming to the fore with the advancement of the internet. Entertainment was available to most people at the touch of a button. It was also the birth of the reality star. So many crazy trends and things that are no longer in use came about during this period. 2000s nostalgia is alive and well today.

The early 2000s gave us CDs, DVDs, Paris Hilton, Limewire, Magic the Gathering, and the iPod, just to name a few things. It was a time like no other. Kids these days with their TikTok and streaming services will never understand what it felt like to have to wait hours to download one song.

So if you are getting nostalgic for the 2000s don’t fret, as the internet is here to satisfy your feelings. You can search for anything and everything from your time growing up. To make life a little easier, we have gathered together 20 things that are sure to placate your 2000s nostalgia feelings and maybe even bring a tear to your eye. 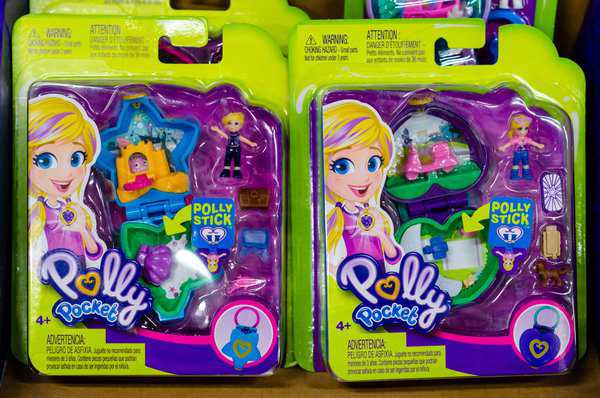 While these kids’ dolls are still in circulation, it was during the early 2000s that they really made a mark on American children. What made Polly Pocket stand out was that these dolls were super small and could fit in your pocket. A larger model was later introduced (and is still available) called the Polly Fashion which had rubber clothing that could be exchanged between dolls. Like most properties in the early 00s, Polly Pocket also got its own TV series and three feature animated films. 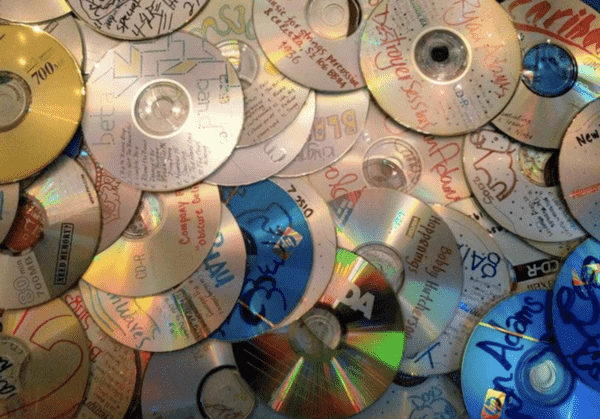 Before Spotify and Apple Music people listened to music via CDs. These circular disks were played on stereos and CD players and were the 00s equivalent of listing to music on your phone. One of the great things about CDs was the ability to ‘burn’ your own playlist. Once you had downloaded songs to your computer, you could put them on a CD in any order you pleased. It was an amazing time, believe me. I still have hundreds of burnt CDs of my favorite albums and mixtapes from that time. 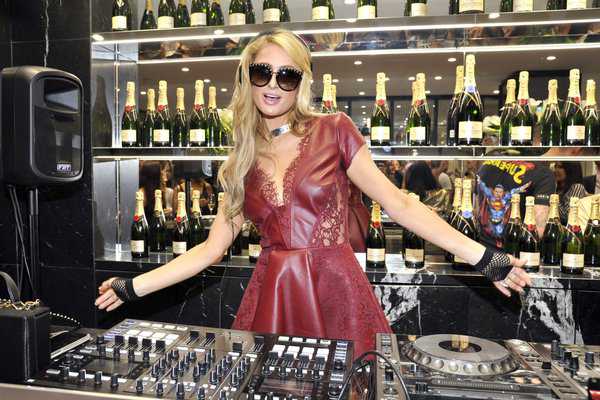 Famous for being famous, Paris Hilton was the original Kim Khardasian. The hotel socialite did some modeling to raise her profile but was more known for just being everywhere during the early 00s. If there was a major event, be it a fashion show, new club opening, or lavish celebrity party, she was there. Things really went next level for Hilton in 2003 when her sex tape with Rick Solomon was leaked.

1 Night in Paris became one of the most talked-about pop culture moments and was the biggest celebrity sex tape since Pamela Anderson and Tommy Lee. While it could have ended her career, it did the reverse. At the time of its release, Hilton and fellow rich kid Nicole Ritchie were starring in their own show The Simple Life. The fish out of water reality series would go on to have five seasons and establish both women in the spotlight. Hilton would go on to star in movies, release her own fragrance, dabble in the music business, and invest in real estate around the globe.

The natural progression from CDs was MP3s. These small audio files could be listened to on MP3 players and Apple’s revolutionary iPod. This small device was about the size of a mobile phone and could hold hours of music. This was a vast improvement on the CD, which generally could only hold 74 minutes worth of material. Introduced in 2001, everybody owned an iPod at some stage during their youth. The nostalgia is real. 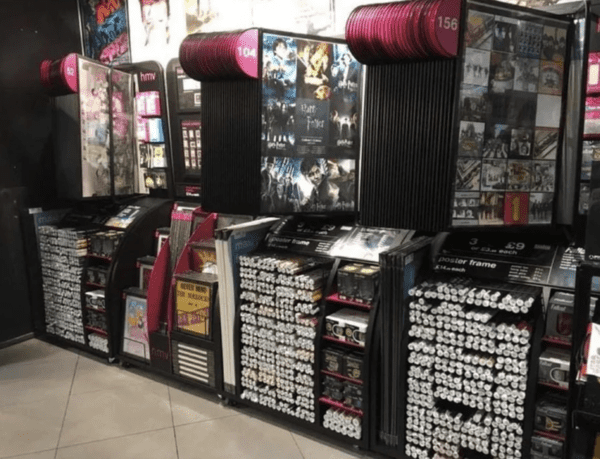 This is something no doubt lost on Gen Z. There was a time when you could visit your local mall and find stores that would sell posters. They would be available to look through like the above photo. You could choose from movie posters to those of your favorite band. What a time to be alive. 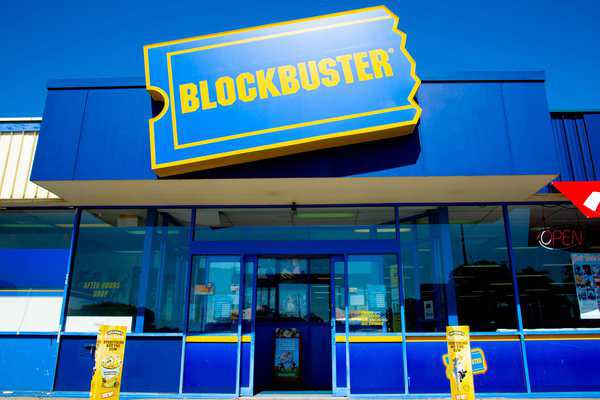 Does anyone else remember VHS tapes? Before streaming services you actually had to go visit places called video shops and hire movies and TV shows. Of all the video store chains, Blockbuster was the most well known. Sure to trigger feelings of nostalgia, Blockbuster stores were worldwide. At its peak in 2004, there were 9,094 stores across the globe. Unfortunately, technology caught up and video stores soon became obsolete, with only one Blockbuster remaining in Bend, Oregon. 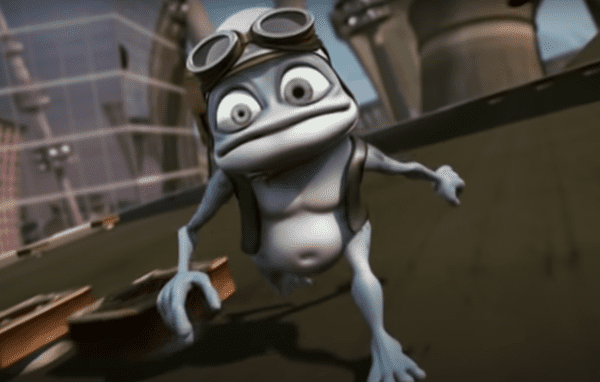 Why this was a thing is anyone’s guess, but Crazy Frog hit the Billboard charts during the early 2000s. The animated frog had a number one hit throughout Europe, Australia, and New Zealand with its cover of Axel F, the main song from the hit flick Beverly Hills Cop. The song is terrible, but if you really need a reminder, you can give it a listen here. 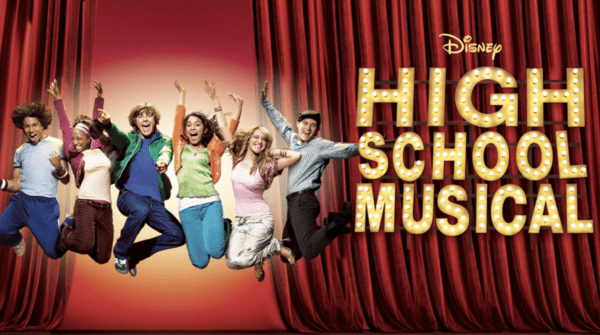 First released on the Disney Channel, High School Musical was a huge hit in 2006. A modern musical for the younger generation, the original spawned two sequels and several spin-offs. It also launched the careers of Zac Efron, Vanessa Hudgens, and Ashley Tisdale. 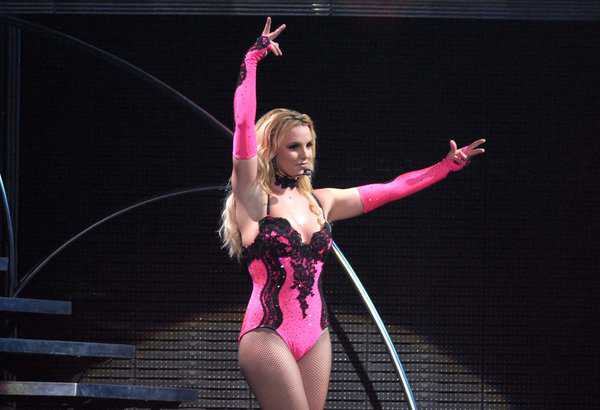 You can’t think about 2000s nostalgia without mentioning Britney Spears. The one-time pop singer soared to fame in 1999 with the single …Baby One More Time. The song jettisoned her into the pop stratosphere. She soon had the number one album in the world and would go on to release a string of massive singles and albums over the following years. While her career has been littered with controversy, she remains an icon and much loved by Millenials. 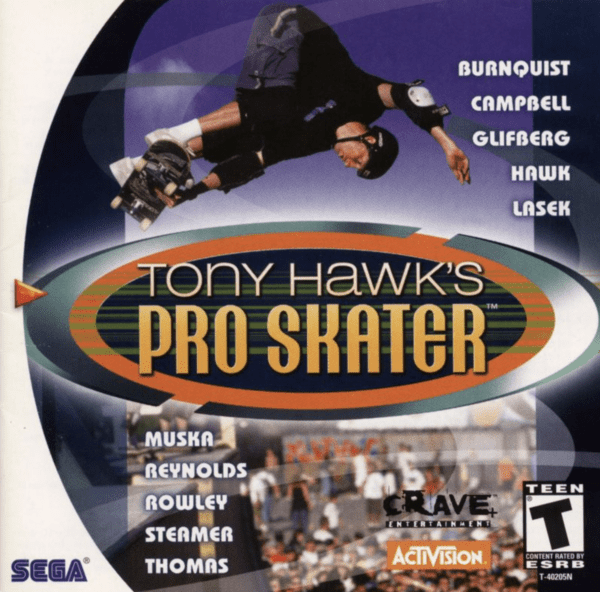 The ultimate skateboarding video game was also endorsed by the greatest skater to ever live. Tony Hawk’s Pro Skater blew fans away when released in September of 1999. The most realistic skate game to date, it featured a roster of real-life pro skaters including Hawk, Chad Muska, Bob Burnquist, and Elissa Steamer. Not only that, but the graphics were incredible, the skating realistic, and the soundtrack mind-blowing. 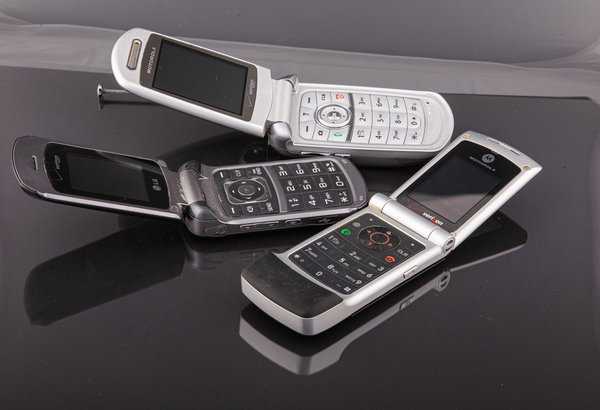 While you can still buy them, flip phones were all the rage in the early 2000s. Before phone companies realized you could make phones without a separate keyboard, this was what people used. Motorola was one of the big proponents of the flip phone before Apple came in and changed the game with the iPhone. 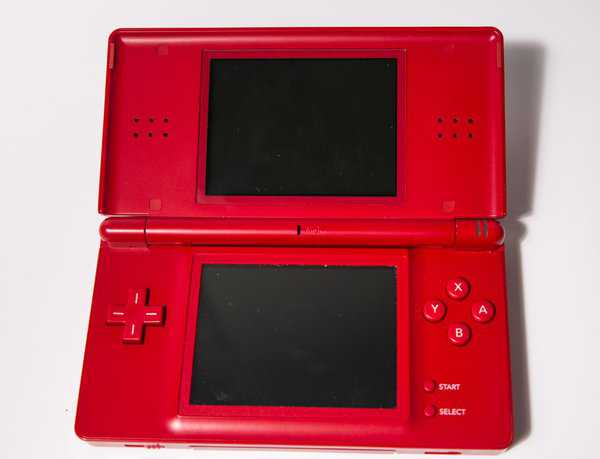 The next evolution in handheld gaming came about with the release of the Nintendo DS. The flip-up console had two screens (the bottom was a touch screen) and could be hooked to the internet to play games online. A variety of DS models were released over the years, with the system having sold 154.02 million units worldwide, making it the best-selling Nintendo system ever. 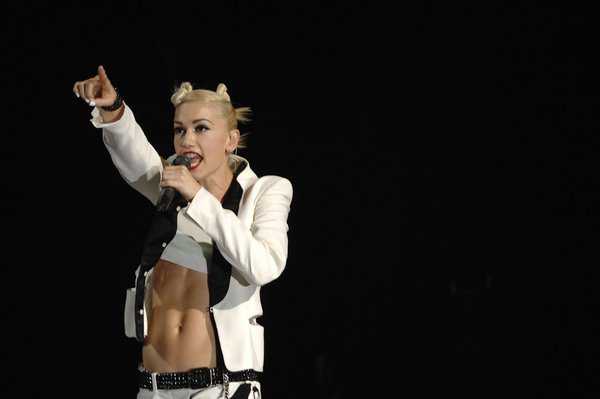 Sure, she might still have a presence in pop culture today, but nearly two decades ago Gwen Stefani was the it girl. Having first found fame with No Doubt, she embarked on a successful solo career in 2004. Her nostalgia for 80s pop inspired the album Love.Angel.Music.Baby that would be a smash around the world. She released several more solo albums, joined The Voice, and married Blake Shelton after her marriage to Bush’s Gavin Rossdale ended. 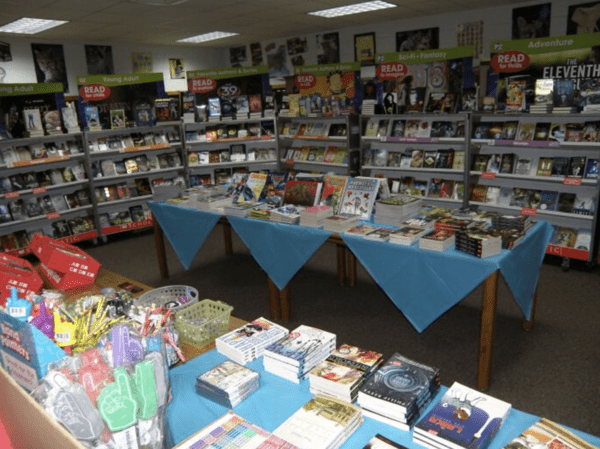 These were great fun, especially for kids like me who enjoyed reading. 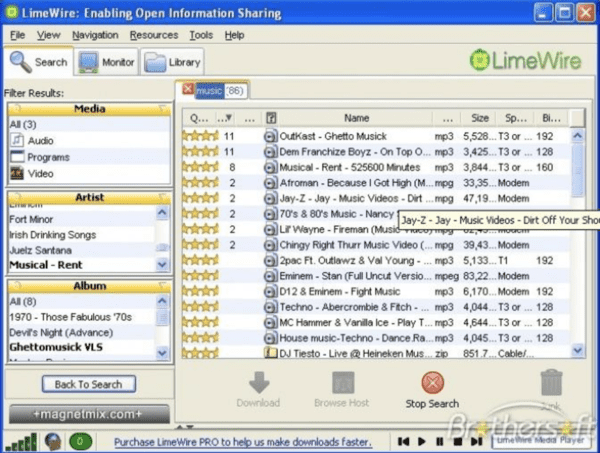 The go-to program for those who wanted to download music. There was no Spotify during the early 2000s, so if you didn’t want to pay for music, LimeWire was your only option. The only problem was it often took hours just to download one song, but when it was finished and you could listen to it, there was no better feeling. 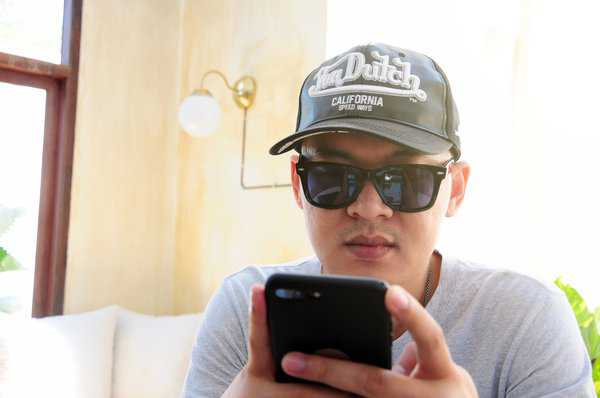 For some reason this brand of trucker cap was a thing in the early 2000s. French designer Christian Audigier helped take the brand mainstream, with celebrities such as Britney Spears, Jay-Z, and Ashton Kutcher all sporting the designer garb. 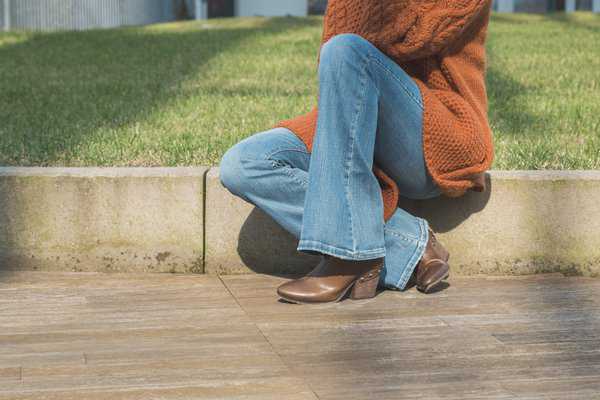 They say nothing really ever goes out of fashion and flare jeans prove that. Part of the counter culture movement of the 60s, this interesting fashion trend came back around in the late 90s/early 2000s. Along with low-rise jeans, lace-up jeans, and patchwork jeans, flare jeans are best left as a nostalgia afterthought. 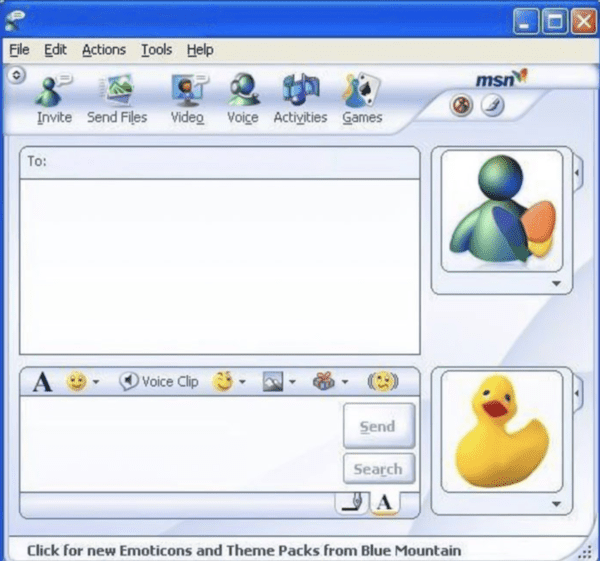 This was the way kids used to communicate. Turn on the dial-up internet, log into MSN, and chat about everything that happened at school. This was the precursor to every other form of messaging app now available. Shout out to ICQ-Chat too! 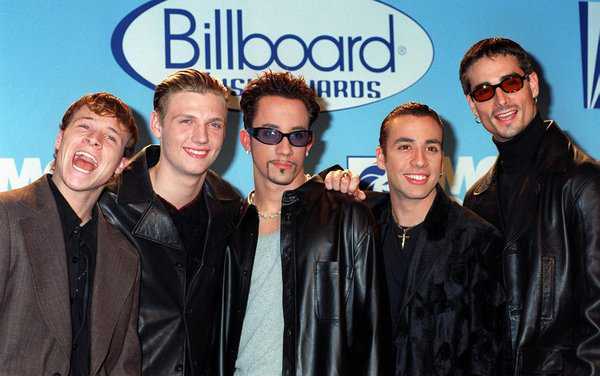 While female pop stars such as Britney Spears and Christina Aguilera were all the rage, so were boy bands. While the likes of New Kids on the Block and Take That had been getting it done for several years, the new breed took hold of the charts in the late 90s/early 2000s. The Backstreet Boys, *NYSNC, Westlife, Blue, and the like had tremendous success during this period. 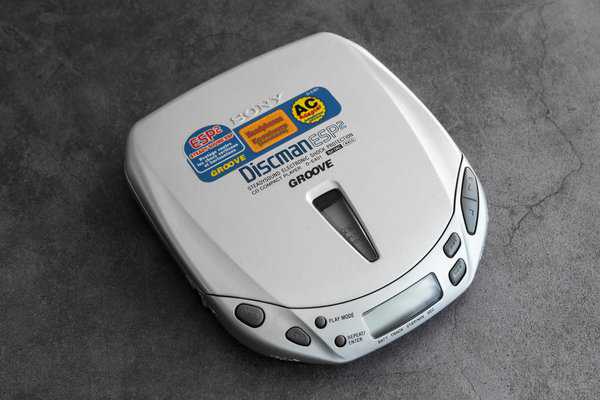 Remember how we mentioned these things called CDs earlier? Well, a Discman is what you used to listen to them on. Millennials will be all too familiar with the Discman. They were the MP3 player of the late 90s and early 2000s. The most famous was the Sony Discman, which is now no longer in production and lives on as a nostalgia item.