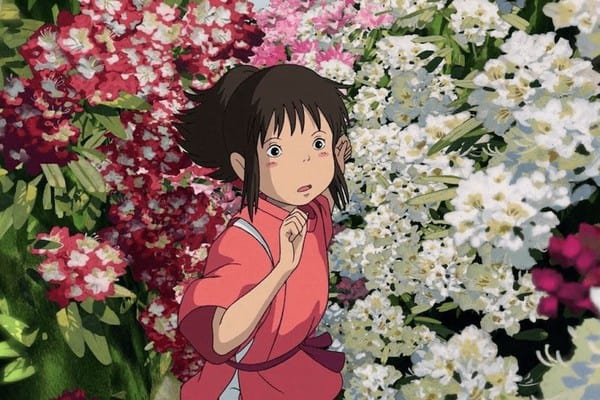 The 15 Best Movies To Watch on Shrooms

As most of you probably know, shrooms, or magic mushrooms as they are commonly known, have psychedelic properties that take you on a mind-bending trip. While they are used by many as a recreational drug, they are also used by many cultures in religious and spiritual contexts. Whatever your reason for taking them, you will experience feelings unlike anything you have ever encountered. You will see, hear, and feel things like never before. That’s why it is great to watch a movie while high on shrooms, as the experience will be totally different from normal.

When it comes to the type of movie, there is no one type of film. You want a movie that is visually appealing with an engaging plot. Science fiction movies often work well, as do animated features. From the cinematic classic The Wizard of Oz to Studio Ghibli’s Spirited Away, these are the best movies to watch on shrooms.

This fantasy epic is cinematic gold. Following the adventures of Dorothy and her red slippers as she travels through Oz looking for a way home, The Wizard of Oz is a technicolor masterpiece. Along with her dog Toto, Dorothy meets a colorful cast of characters that includes The Tin Man, the Cowardly Lion, the Scarecrow, and the weird looking Munchkins.

Watching without any drugs is an entertaining event, but do so on shrooms and you’ll find yourself on an inspiring trip. Take things up a notch and watch the film while listening to Pink Floyd’s The Dark Side of the Moon. Somehow the two match up almost perfectly, with the music and lyrics corresponding to what is on screen. This will either blow your mind or cause you to have a meltdown. Either way, it is a story to tell the grandkids.

Inception is hard enough to understand sober, so throwing magic mushrooms into the mix is only going to complicate things. That said, Inception is still a great film with an all-star cast that includes Leonardo DiCaprio, Tom Hardy, Joseph Gordon-Levitt, Elliot Page, Cillian Murphy, Micahel Caine, and Ken Watanabe.

It’s all about invading other people’s dreams and planting ideas, which when on shrooms, seems to make perfect sense. The movie explores dreams and reality and the connection between the two and is a great watch when high.

While you might think the original is better, it’s the 2010 version that will trip you out. Directed by Tim Burton, who is known for his weird and wild movies, Alice in Wonderland is a visual delight when on some fantastic fungi. Burton follows the original story while adding his own flair, mixing animated characters with real-life actors. Johnny Depp is the Mad Hatter, with his performance alone enough to freak you out. The rest of the live-action cast is fantastic–particularly Helena Bonham Carter as the Red Queen and Anne Hathaway as the White Queen–while the voice acting from Martin Sheen, Alan Rickman, and Stephen Fry is tremendous.

Stay well clear of the recent reboot and settle in for some mind-warping action with the original movie The Matrix. One of the most successful science fiction movies of the past 30 years, The Matrix will lead you down the rabbit hole and make you question whether we are living in a simulation. Keanu Reeves, Laurence Fishburne, Carrie-Anne Moss, and Hugo Weaving are all incredible while the martial arts scenes are some of the best in modern movies. Tripping on some psychedelic mushrooms while watching this film will have you thinking about reality and whether you would take the blue pill or red pill.

While Annihilation does have some heavy themes that will challenge you, it is the visual aspect that leaves its mark. A group of scientists enters an area known as the ‘Shimmer’ to find out why a group of soldiers never returned. While lots of strange stuff happens, it’s the colorful world on screen that will floor your brain. The world as we know it looks entirely different, with the Shimmer causing new creations and mutations of existing life forms. While it didn’t receive much fanfare when released, Annihilation is still worth your time, especially with a few shrooms.

Based on the novel of the same name by Douglas Adams, this is a hilarious sci-fi flick that’s much more enjoyable when high on shrooms. Martin Freeman’s Arthur Dent barely escapes Earth’s destruction and is thrown into an adventure that includes his best friend and alien Ford Perfect, a depressed robot, Earth II, and a guidebook for the galaxy. At the heart of this science-fiction comedy is a question that has plagued humankind since the dawn of time, what is the purpose of life? While you probably don’t have a clue, chow down on some psilocybin mushrooms while watching this movie and you just might find the answer. At worst you’ll have a delightful experience full of plenty of belly laughs.

If you are going to do shrooms and spend a few hours watching something, why not get educated at the same time? Fantastic Fungi is a documentary on Netflix that explores various types of fungi and their uses. Hollywood star Brie Larson narrates the doco while mushroom experts Paul Stamets and Michael Pollan feature in interview segments. What really makes this film incredible is the time-lapse cinematography that will leave you spellbound.

If you enjoy The Beatles and psychedelic drugs, this might be the film for you. Across the Universe is a romance film about an upper-class American girl who falls for a poor Liverpudlian artist. While it might not sound like the type of movie you want to watch while high, Across the Universe incorporates a host of Beatles numbers into the narrative. In fact, 33 Beatles compositions are heard throughout the film. As well as great music, this movie is visually exciting and sure to tug at the heartstrings. Shoutout to leads Evan Rachel Wood and Jim Sturgess who sing many of the songs in the film.

Adapted from the famous 1971 novel of the same name by gonzo journalist Hunter S Thompson, Fear and Loathing in Las Vegas is a drug-fuelled tale set in Las Vegas. Based on Thompson’s own experiences, the movie finds Raoul Duke and Dr. Gonzo dropping LSD, snorting cocaine, and getting into all manner of trouble. Watching this film is like one big hallucination, so if you are also high on shrooms while this is playing, your brain is going to be fried. In a good way though.

There is a lot going on with this cult classic and watching Fear and Loathing in Las Vegas will certainly have you tripping balls. Along with being a crazy flick, the cast is also exceptional, with Johnny Depp, Benicio del Toro, Tobey Mcguire, Gary Busey, Christina Ricci, Cameron Diaz, and Harry Dean Stanton all starring.

This is another cult classic that showcased David Bowie’s incredible acting talents. In Labyrinth, Bowie plays Jareth, the Goblin King who takes away a child from babysitter Sarah Williams. She is then given 13 hours to solve his labyrinth before the baby is turned into a goblin. Along with real life actors, Labyrinth features lots of puppets produced by Jim Henson’s Creature Shop.

Watching this movie after some magic truffles might just send you over the edge, with the puppets featured in the film often very scary. Despite this, Labyrinth is a fantastic film that is sure to appeal to anyone who enjoys some psychedelics.

See more about - The 14 Greatest Adventure Movies Of All Time

While this coming-of-age tale from Richard Linklater doesn’t have a heap of drug uses, it’s just the right type of film to watch when chilling after some shrooms. Dazed and Confused follows a group of teens on their last day of school in 1976 at Lee High School in Austin, Texas. While not a lot happens, the plot is engaging and the cast is chock full of young actors who are now big-time stars. Ben Affleck, Milla Jovovich, Cole Hauser, Parker Posey, Adam Goldberg, Renee Zellweger, and more are all part of the cast. The standout though is Matthew McConaughey, who plays David Wooderson, a man in his early 20s who has a thing for high school chicks. “Alright, alright, alright…”

The Rocky Horror Picture Show feels like it was made to trip too. The musical comedy centers on a young conservative couple whose car breaks down. Looking for help, they visit a nearby castle. There they meet Dr. Frank N. Furter, a transvestite alien and things get weird. Full of outrageous musical numbers and sexually enticing visuals, this cult film will certainly take you on a wild trip.

It’s not just live-action films that are worth watching when you’ve had a few shrooms. Animated flicks are just as entertaining. Studio Ghibli is responsible for some of the best-animated films of the past two decades, so it only makes sense to include one on this list. We have gone with the crowd-pleasing Spirited Away. The film plays with your imagination as ten-year-old Chihiro Ogino finds herself in a world full of gods, witches, and spirits where humans are changed into beasts. It’s a beautiful fantasy film that’s visually stunning and emotionally hard-hitting. While this is a film you can watch perfectly without being on any drugs, munching on some shrooms just makes the whole viewing experience that much better.

A 60s classic that signaled the end of the hippie era, Easy Rider is an incredible road trip that captures America at a time of uncertainty. Dennis Hopper writes, directs, and stars alongside acting greats Peter Fonda and Jack Nicholson in this impactful classic. The trio rides across America getting stoned and taking acid before it all comes to a shocking climax. While nobody is tripping on mushrooms, Easy Rider is still a great film to watch while under the influence and deserves a spot on this list of the best movies to watch on shrooms.

Here’s a Beatles film that actually includes the foursome singing. Inspired by the album of the same name, Yellow Submarine is a whacky animated adventure that is a big hit amongst those who enjoy ingesting psychedelic drugs. This movie is an absolute trip and will have Beatles fans in hysterics. It’s not just songs from Yellow Submarine that feature, with over 15 classic Beatles songs appearing in the film. Strangely the Beatles don’t actually voice their characters, with the band only appearing as themselves at the end of the film. Regardless, Yellow Submarine is a fantastic movie best watched after devouring some shrooms.