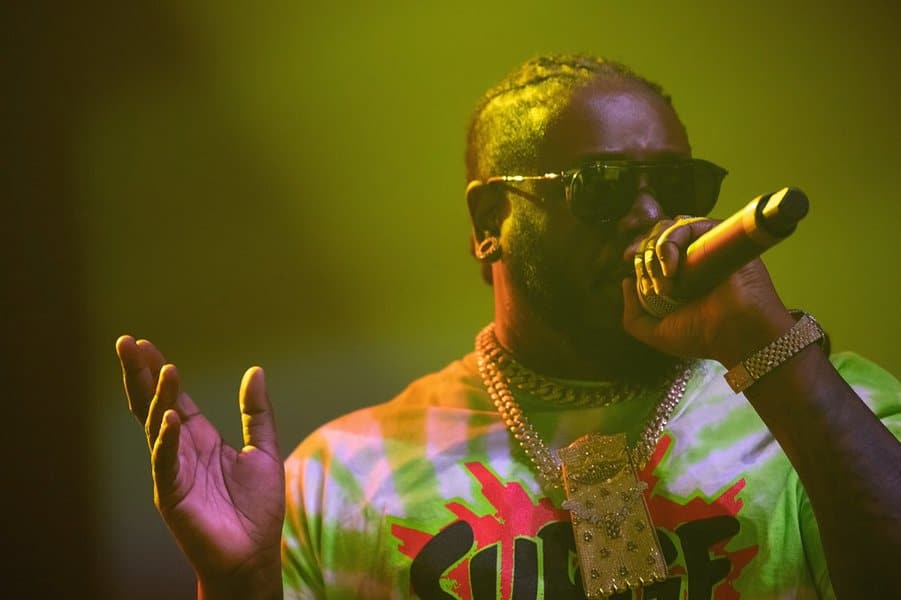 15 Best Florida Rappers You Must Know

The American south has produced some of the greatest hip-hop artists in history. Many of these spitters hail from the warm climate of Florida. While known for its beach resorts, warm and sunny climate, and Walt Disney World, Florida is also home to an incredible lineup of rappers.

Florida rappers make up some of the biggest names in the game, along with up-and-coming hip-hop artists looking to make their mark in the music industry. While many are still living in poverty and struggling to break free from gang life, as documented in the Louis Theroux documentary series Louis Theroux: Forbidden America, some have managed to succeed in the music business.

To celebrate these masters of words, here are 15 of the best Florida rappers to watch out for.

15 Best Florida Rappers You Must Know 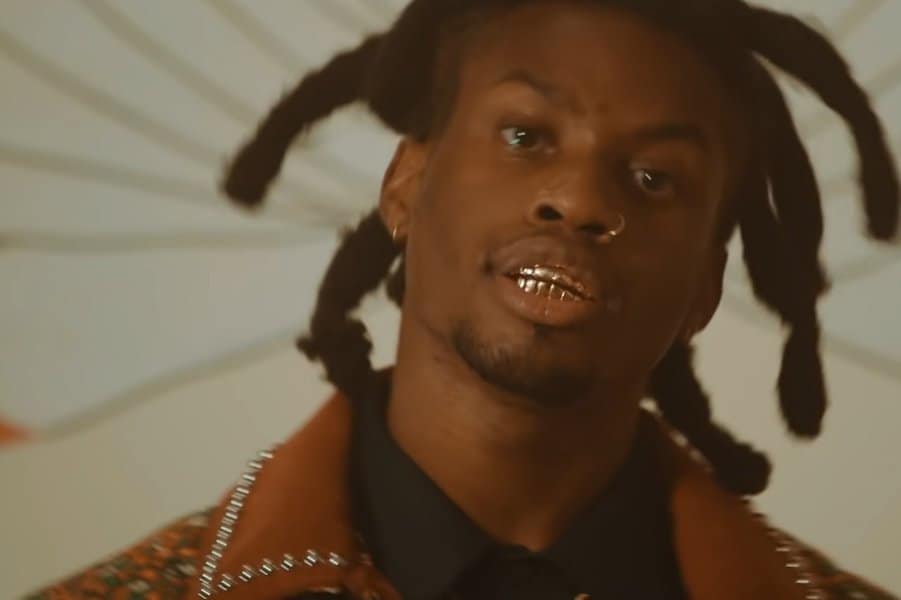 Born and raised in Carol City, Florida, Denzel Curry has been on a tear of late. He recently released his fifth album, Melt My Eyez See Your Future, to critical praise, and has been touring the globe off the back of its success.

Curry first started rapping in the sixth grade and released his debut mixtape in 2011. Since then he’s graduated from underground artist to indie star to mainstream rapper who has shared the stage with some of the biggest names in the industry.

Although only 27, Curry is a veteran of the rap game whose music is often politically and socially inclined. He is also part of the C9 collective, a group of Florida rappers that contains the likes of J.K. The Reaper, Nell, Ronny J, and SDot Braddy. 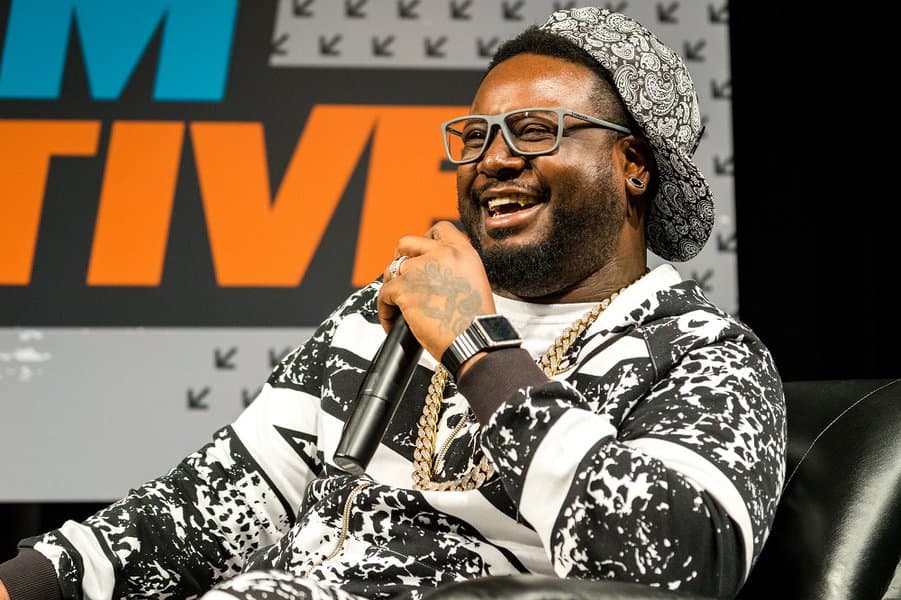 T-Pain is an OG Florida rapper. His career spans over two decades that have seen the hitmaker release a slew of massive songs, including solo tracks I’m Sprung, I’m ‘n Luv (Wit a Stripper), Buy U a Drank (Shawty Snappin’), and collaborations Good Life with Kanye West and Blame It with Jamie Foxx.

Often singled out as the man who made auto-tune famous, T-Pain is much loved by the rap fraternity. He’s been a huge influence on many rappers, such as Lil Wayne, Travis Scott, and Akon.

T-Pain has his own label, Nappy Boy Entertainment, has released six albums, and even won two Grammys. While he is said to be working on a new album, T-Pain spends much of his time gaming and streaming on Twitch. 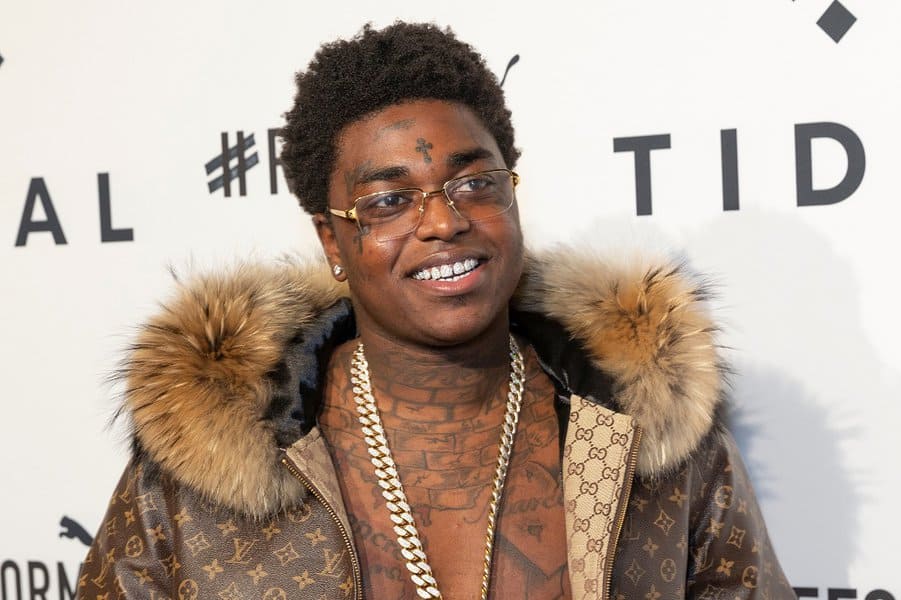 One of the new generation of Florida rappers, Kodak Black comes from Pompano Beach and is a somewhat problematic artist. Always wanting to be a rapper as a child, Kodack used to read thesauruses and dictionaries to help with his writing. He joined a number of local rap groups before finally gaining recognition after a video featuring Drake dancing to his song Skrt went viral.

While he is much loved by the youth thanks to hit songs Zeze, Super Gremlin, and Silent Hill, Kodak Black has had many run-ins with the law. He’s done time for weapons possession and drug charges while also being involved in several controversies regarding his treatment of women. 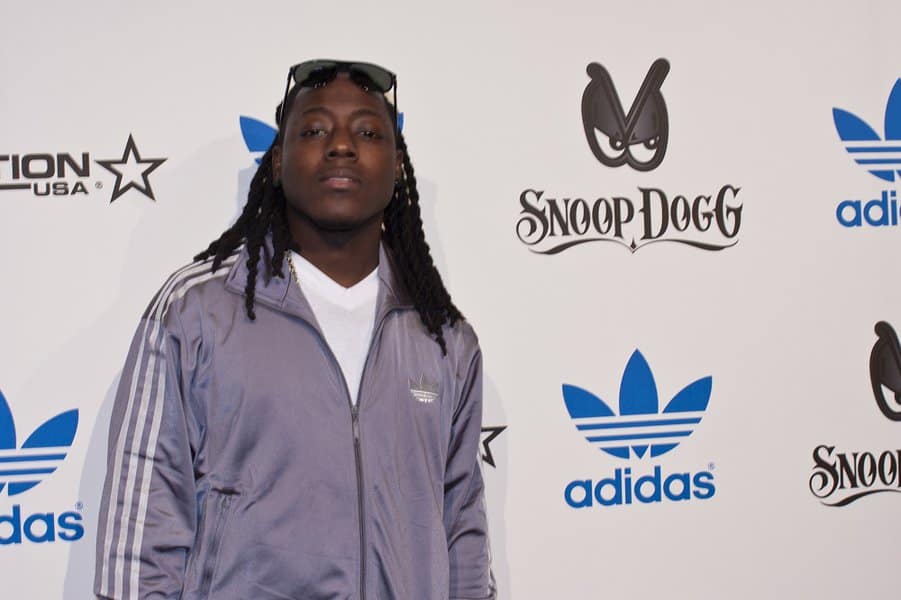 After a chance meeting with DJ Khaled outside of local Florida radio station WEDR 99 Jamz, Ace Hood gave the DJ his autobiography and a mixtape. Liking what heard, Khaled signed Ace Hood to his We the Best Music Group label. Hood released four studio albums while under contract, with his most successful being 2013s Trials & Tribulations. The album continated the hits Hustle Hard and Bugatti featuring Future and Rick Ross.

Since going independent in 2016, Ace Hood has released just one album, Mr. Hood (2020), but continues to tour the globe and release singles sporadically. 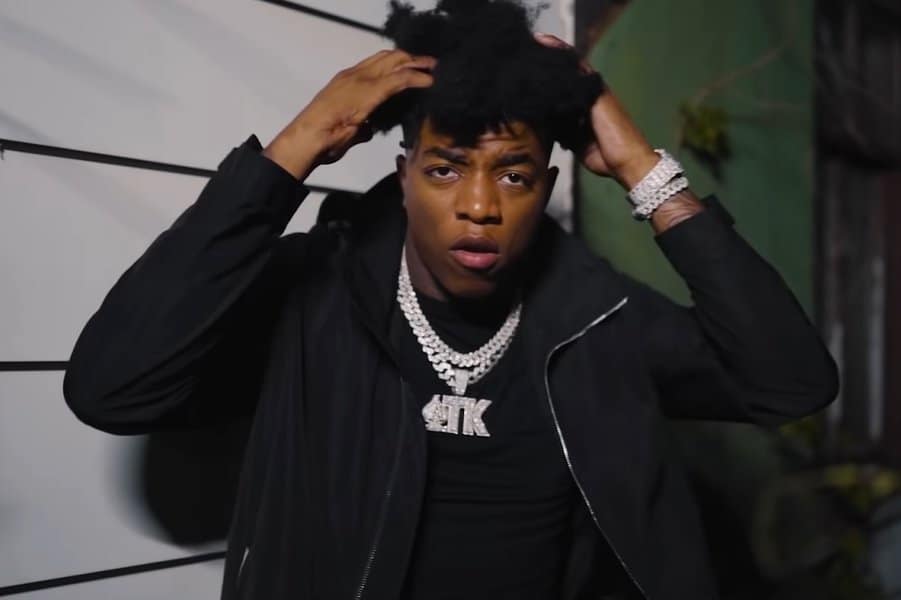 Jacksonville native Yungeen Ace survived being shot eight times in a drive-by shooting in 2018. Three people died in the incident, including Ace’s brother, but that hasn’t stopped him from continuing to release gangsta music that stirs up the streets.

Although he’s been in the rap game for five years now, Ace is still relatively unknown outside of his hometown. While he has found success with Who I Smoke, a track that samples the Vanessa Carlton track A Thousand Miles, Yungeen Ace is still grinding and trying to get out of the ghetto and make a success of his life. 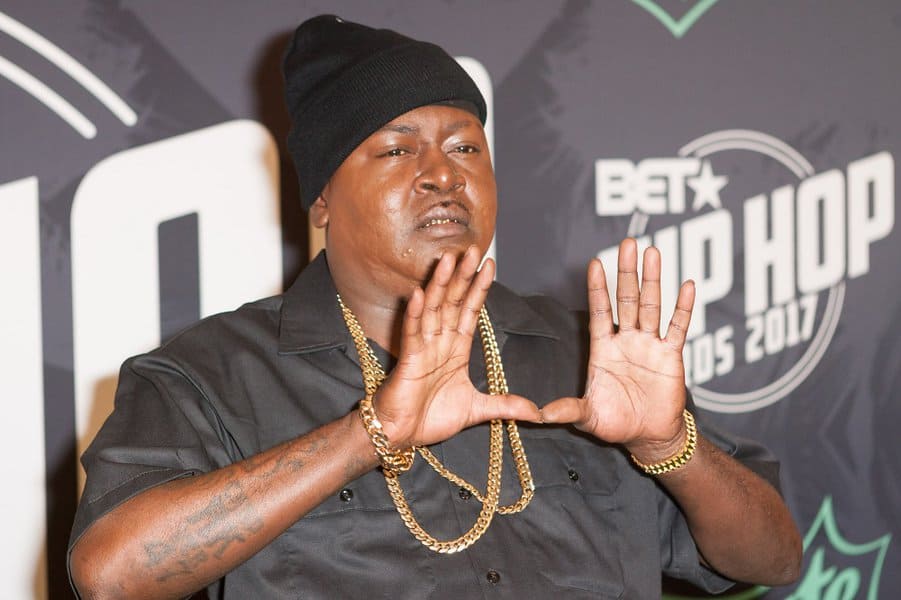 Miami gangsta rapper Trick Daddy has been putting out material for over 25 years. Another veteran of the Florida rap scene, he’s had one hell of a life, having gone to prison at age 20 on an attempted murder charge. Despite these setbacks, Trick Daddy managed to turn his life around thanks to rap.

His debut album, 1997s Based on a True Story, is considered a classic around Florida. It helped push Daddy into the mainstream and he has gone on to release seven more albums, although his last dropped in 2009. While he still releases music, Daddy’s career has slowed down over the past decade as legal troubles have once again impacted his life. 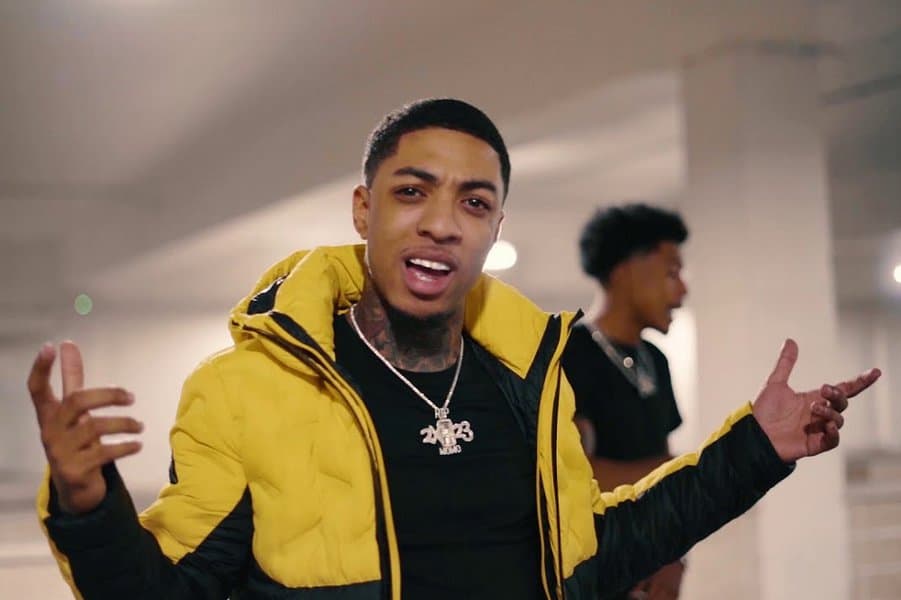 Another Jacksonville rapper, FastMoney Goon is relatively new on the scene. Growing up with fellow spitter Yungeen Ace, Goon has only started taking rap seriously these past few years. While yet to release an official album, his collaborative track Who I Smoke with Spinabenz and Yungeen Ace went viral and helped establish FastMoney Goon as one to watch over the coming years.

He’s also big on Instagram, with over 68,000 followers, despite rarely posting. He and Yungeen Ace have also released a series of NFTs that come with exclusive never released music. 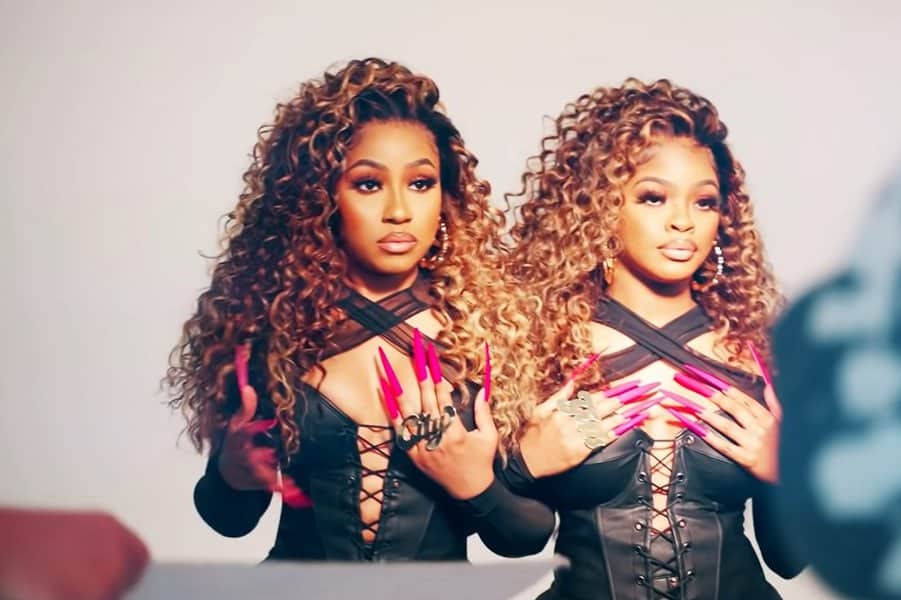 These two women are fast becoming the next big thing in hip-hop. City Girls consists of Yung Miami and JT, two fierce individuals out of Florida who first got noticed after appearing on Drake’s 2018 hit single In My Feelings. This resulted in the duo signing to Quality Control and releasing two albums, 2018s Period and 2020s City on Lock.

It hasn’t all been plain sailing, with JT serving time for aggravated identity theft on fraudulent credit card charges and Yung Miami involved in controversy after saying homophobic comments. Both women also have famous partners, with JT involved in a long-term relationship with Lil Uzi Vert and Yung Miami currently hooking up with Puff Daddy. 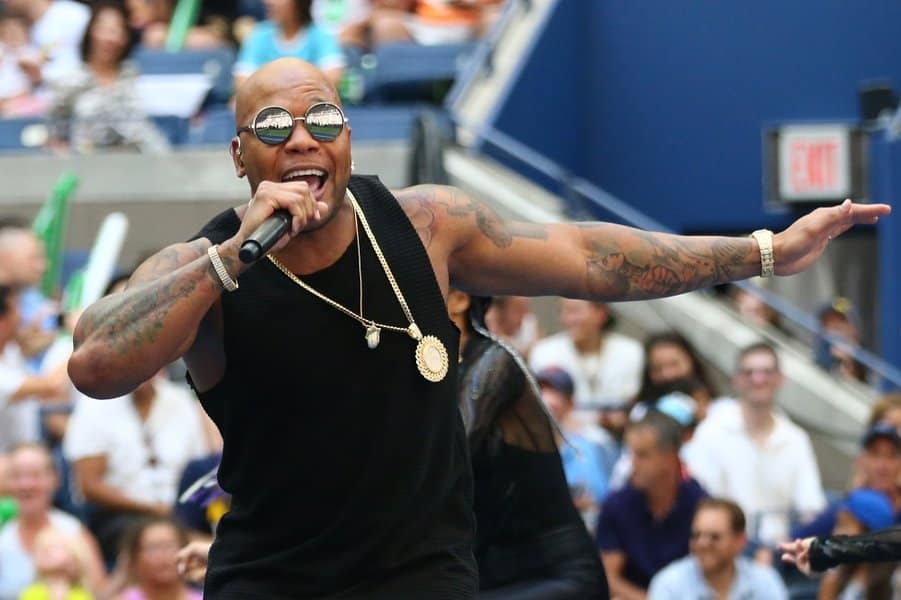 When your name is Flo Rida, there is no doubting you come from the Sunshine State. Born Tramar Lacel Dillard, Flo Rida broke out in 2007 with the hit single Low. He replicated that success with later singles Right Round and Whistle, cementing his status as one of Florida’s best rappers.

He might not get the same respect as some other spitters, but there is no denying Flo Rida’s achievements. He’s sold over 80 million records worldwide, won an International Dance Music Award, and represented San Marino at the 2021 Eurovision Song Contest. 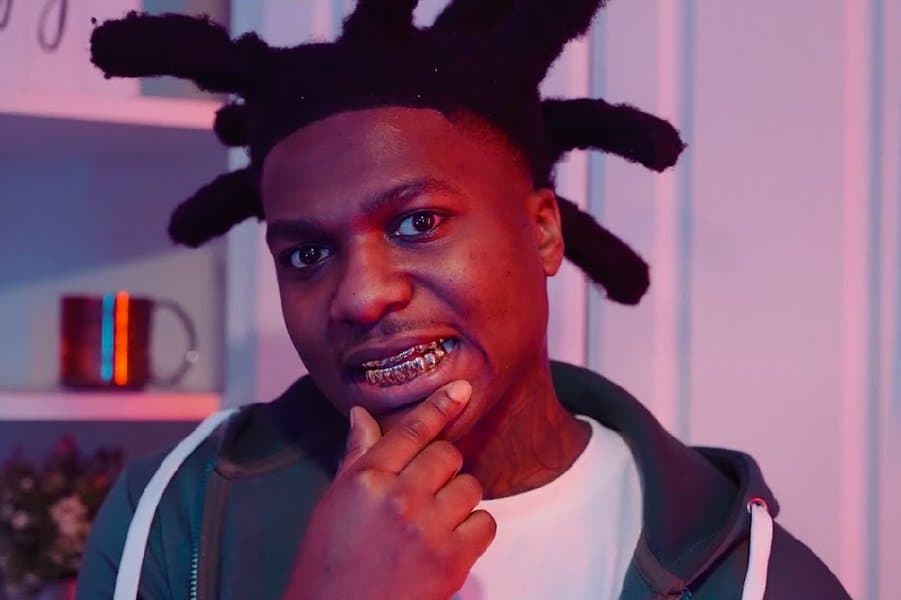 While he might have a strange name, Whoppa Wit Da Choppa is another Jacksonville rapper starting to make waves. He rose to prominence after featuring on good friend Yuneggn Ace’s song Who I Am, alongside FastMoney Goon.

He has released a string of his own albums and mixtapes since getting noticed, including latest release Byrstal Sons. While he has been called the “most ridiculous and funniest rapper in this new wave of Jacksonville, Florida rap” by Pitchfork, he remains steadfast in his want to make it as a hip-hop artist. 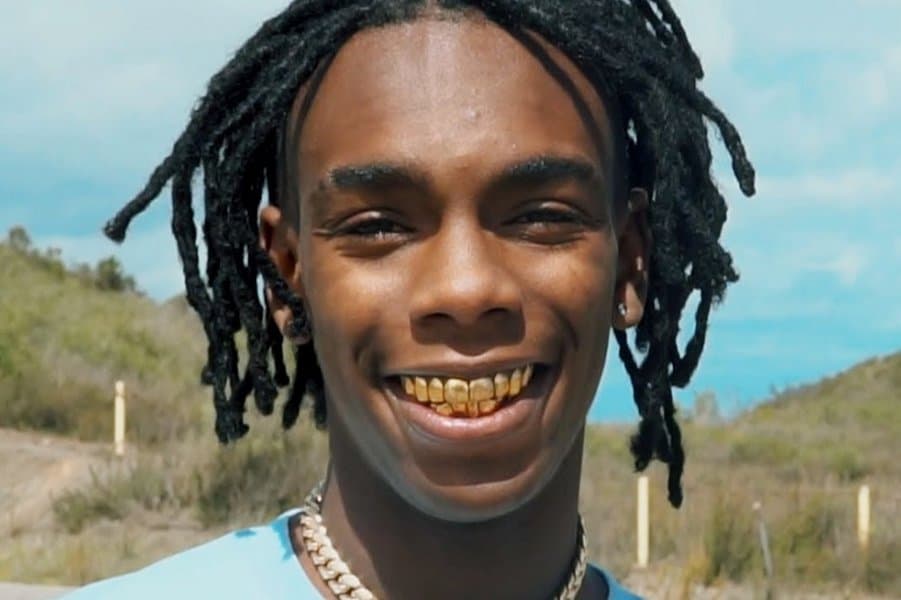 Rapper YNW Melly had a bright future as a rapper before a double murder charge put an end to things. A member of the Bloods, YNW Melly started posting songs on Soundcloud at the age of 15. A few years later he released his debut EP while in prison, finding a cult following in the South.

He continued to write and record songs when released, but soon found himself back behind bars, this time for some very serious crimes. The Murder on My Mind and Suicidal rapper was arrested in 2019 for the double murder of two of his colleagues. He is currently awaiting trial where he is facing life imprisonment. Despite all this, he continues to release music from behind bars and has a dedicated fan base who are sticking by him. 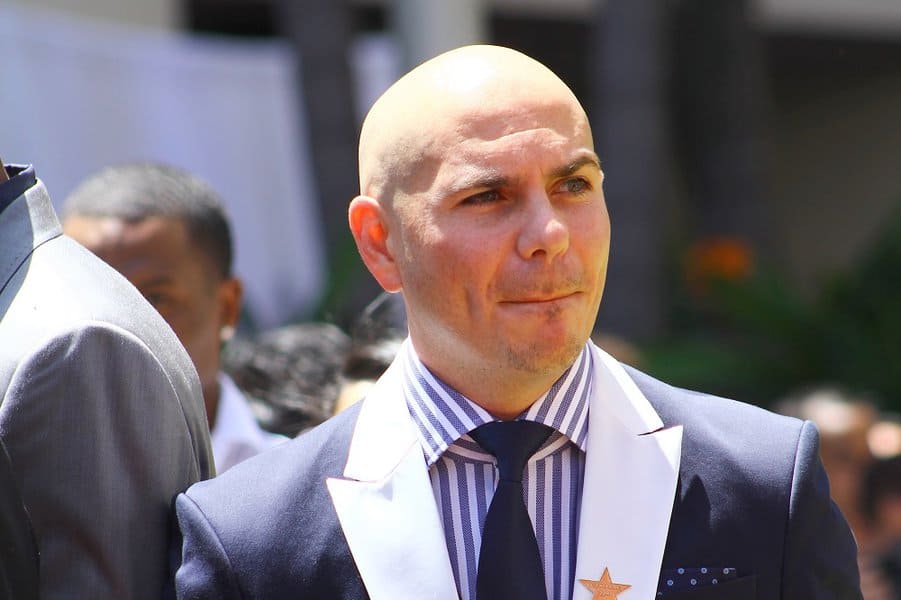 No, not the breed of dog. Pitbull is a widely successful hip-hop artist from south Florida who has been dropping hits since the early 2000s. Merging Latin hip-hop with reggaeton and trap music, Pitbull has had great chart success. The chrome-domed rapper has sold over 25 million studio albums and over 100 million singles worldwide, making him a certified star.

Leaning more towards the pop music sphere these days, Pitbull is still churning out the hits, with several number one songs to his name. He also sang the official theme of the 2014 FIFA World Cup, We Are One (Ole Ola), with Jennifer Lopez and Claudia Leitte. 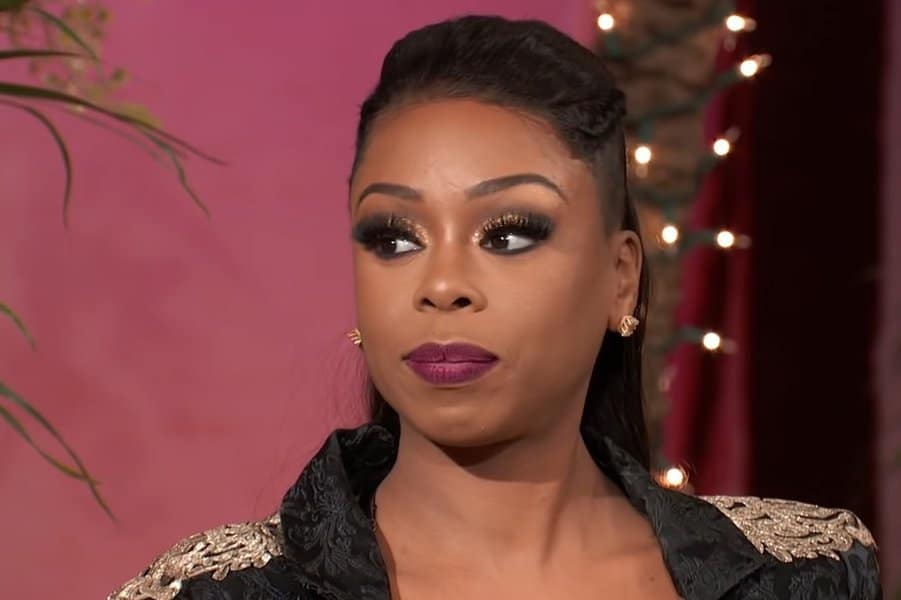 Although successful female rappers from Florida are few and far between, Trina has managed to break out and make a name for herself. She first made waves after appearing with fellow Florida rapper Trick Daddy on the single Nann Nigga. After that song blew up, Trina has consistently released music over the past two decades.

As well as music, Trina has starred in the hugely popular reality series Love & Hip-Hop, appearing in the Miami edition. She has been a main cast member for the four seasons since the show first aired in 2018. 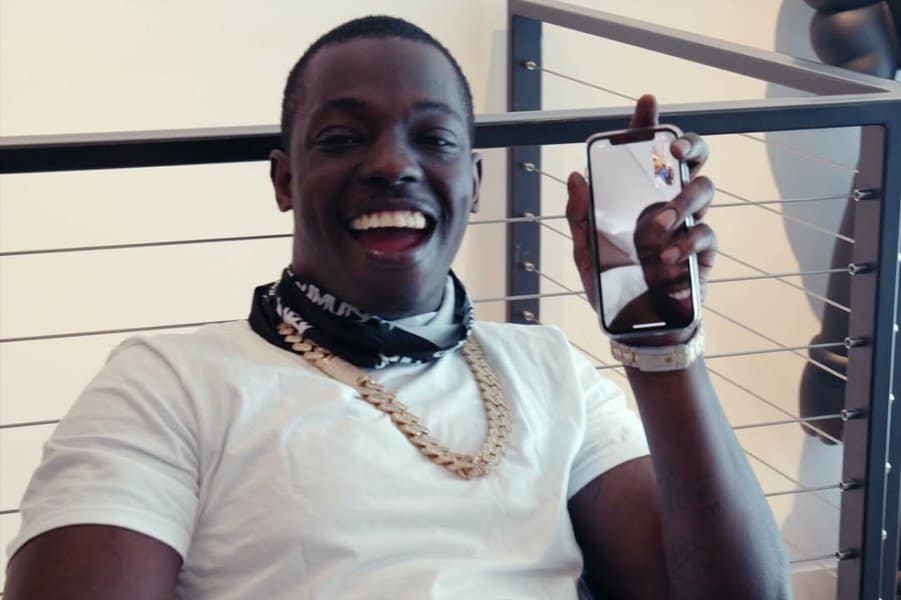 Bobby Shmurda came out of nowhere in 2014 with the hit song Hot Nigga. Making it as high as the sixth spot on the Billboard Charts, the single led to Shmurda being signed by Epic Records. He soon released an EP before trouble struck, with Shmurda and members of the GS9 gang arrested for conspiracy to murder, weapons possession, and reckless endangerment.

Shmurda served six years before finally being released in 2021. Since his release, he’s released a couple of singles and an EP and is planning on dropping an album in the near future, hopefully fulling the promise he showed as a wordsmith before being locked up. 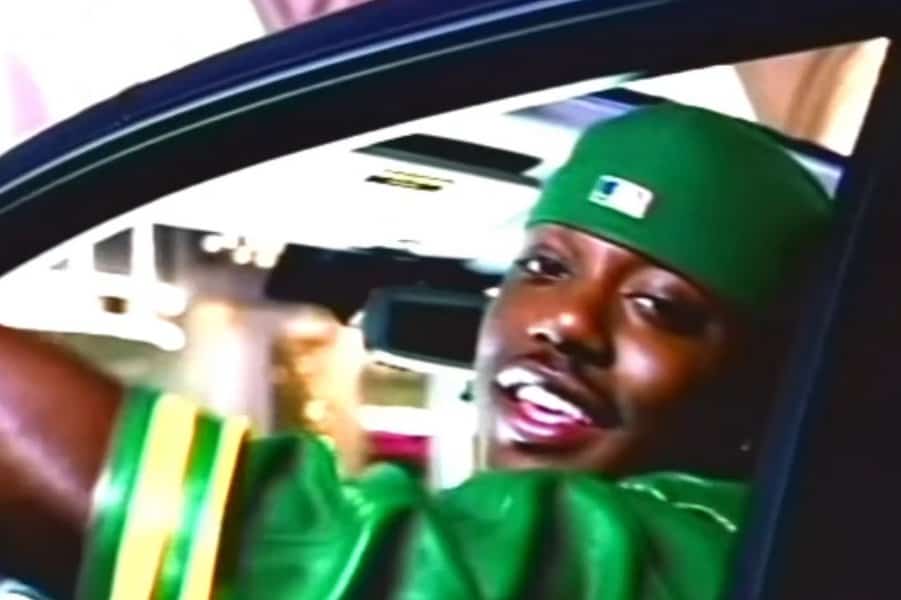 One of the greats, Mase has had a career full of ups and downs. Although born in Florida, Mase was raised in New York where he began rapping with his childhood friend Cam’ron. Meeting Puff Daddy, Mase soon signed to label Bad Boy Records, becoming a staple of the company throughout the late 90s.

He appeared on many hit singles with his labelmates before breaking out on his own with his number one charting 1997 album Harlem World. He followed this up two years later with Double Up before suddenly retiring in 1999 and dedicating his life to the church.

After a five-year hiatus, Mase returned in 2004 with the album Welcome Back. He also began working with 50 Cent and became a part-time member of his group G-Unit, before eventually going his own way a few years later.

These days it seems as if Mase is retired once again, having not released any new material since 2018. Whatever he chooses to do, he will go down as one of Florida’s greatest rappers of all time.