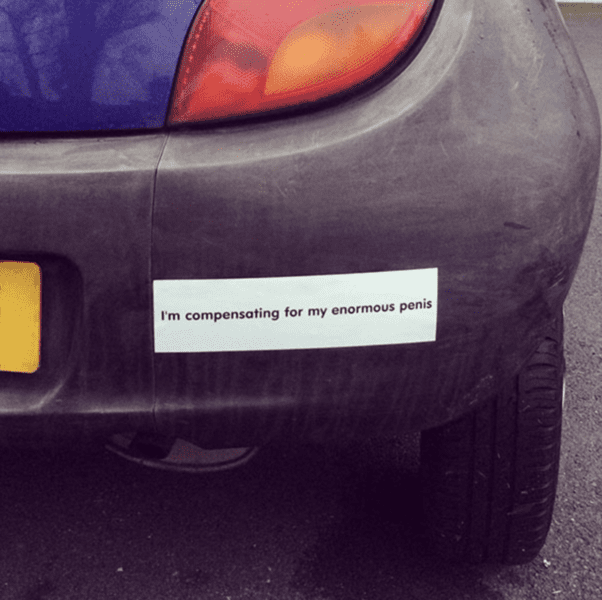 20 Funny Bumper Stickers That Will Have You Looking Twice

Who doesn’t enjoy a funny bumper sticker? Originally designed by companies to advertise their products and services, bumper stickers are now often a source of entertainment. Bumper stickers have evolved into witty one-liners or funny jokes that provide a few laughs while driving. While they are still used by brands, religious organizations, political parties, and businesses, most bumper stickers on cars are just a bit of fun to liven up the dreary driving experience.

This has caused some controversy over the years, with many bumper stickers containing NSFW language or images that not everybody should be viewing. There was even a court case involving a man who was convicted for having a bumper sticker containing indecent wording, although his sentence was eventually overturned.

Staying away from anything too controversial, we have collected 20 hilarious bumper stickers that will have you looking twice if you see them out in public.

20 Funny Bumper Stickers That Will Have You Looking Twice 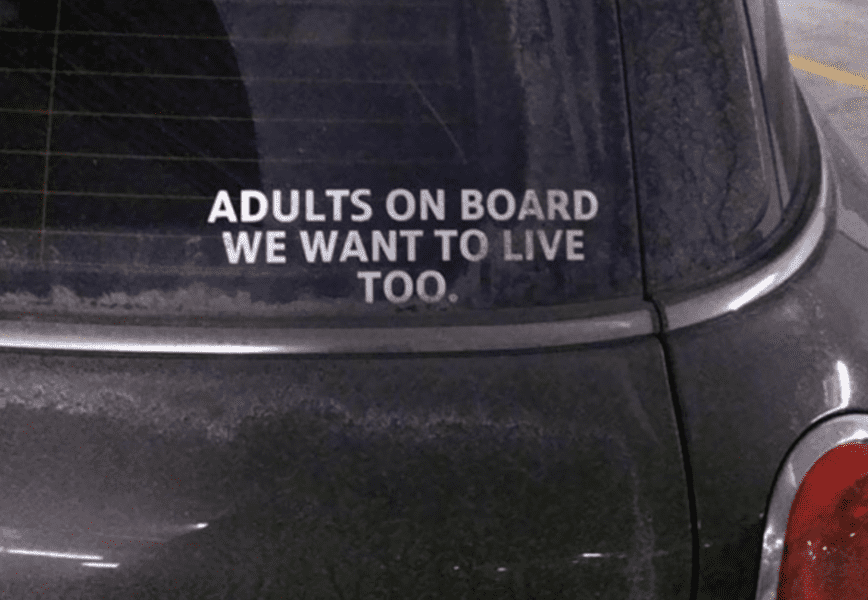 One common bumper sticker often seen on family cars is “Baby on Board.” The reason people have this plastered on their cars is to warn other drivers that they have a baby on board. There is hope people will be much safer and pay more attention. This bumper sticker wants everyone to know that adults also want people to drive safely. It shouldn’t really matter who is behind the wheel or in the car, driving safely is always a must. Funny and informative. 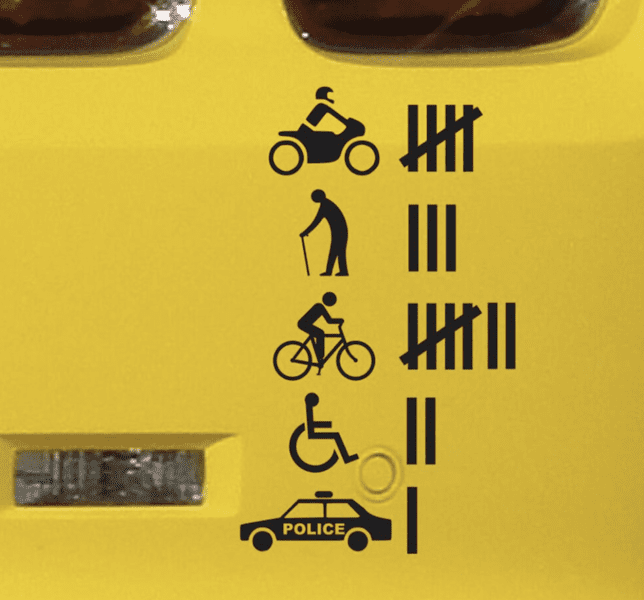 This bumper sticker is one many United States drivers will find funny. It shows all the different types of people and cars the driver has hit. Ok, slightly contentious, but this artwork is sure to provide plenty of laughs for people passing by. 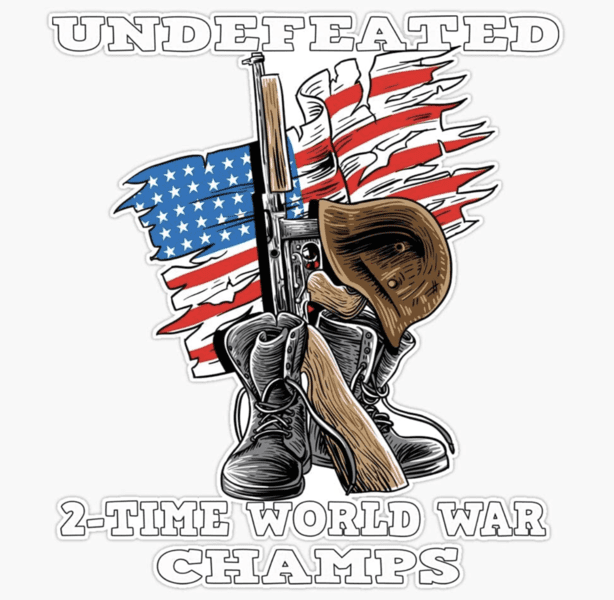 America is undefeated in the two major wars, being on the winning side of both World War I and World War II. Patriotic folk might want to celebrate this with this unique car bumper sticker. 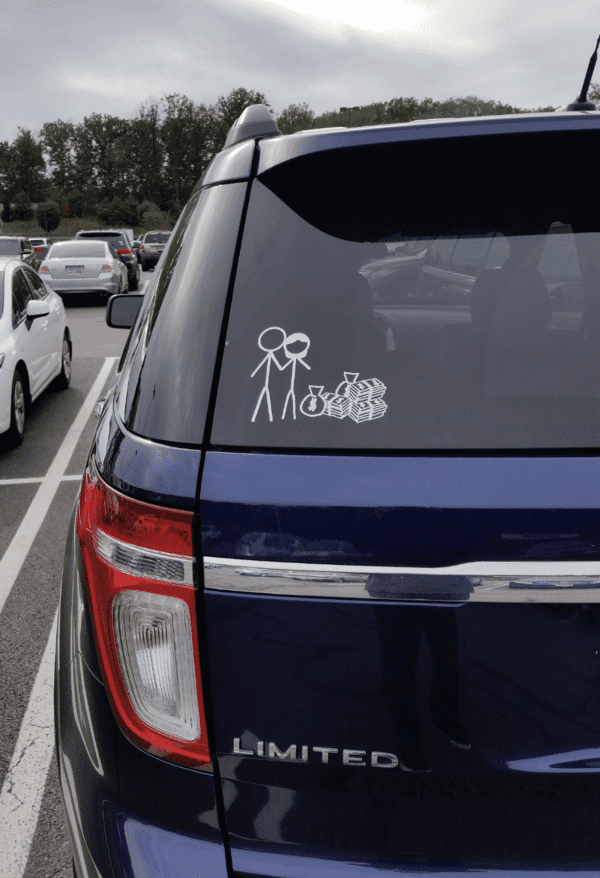 Stick figure window decal stickers are some of the most seen bumper stickers on cars these days. These stick figures usually illustrate how many people are in a family. This hilarious version shows a happy couple, who, instead of being surrounded by their kids, are surrounded by all the money they’ve saved from not having children. Window decals like this are easy to print and apply too. 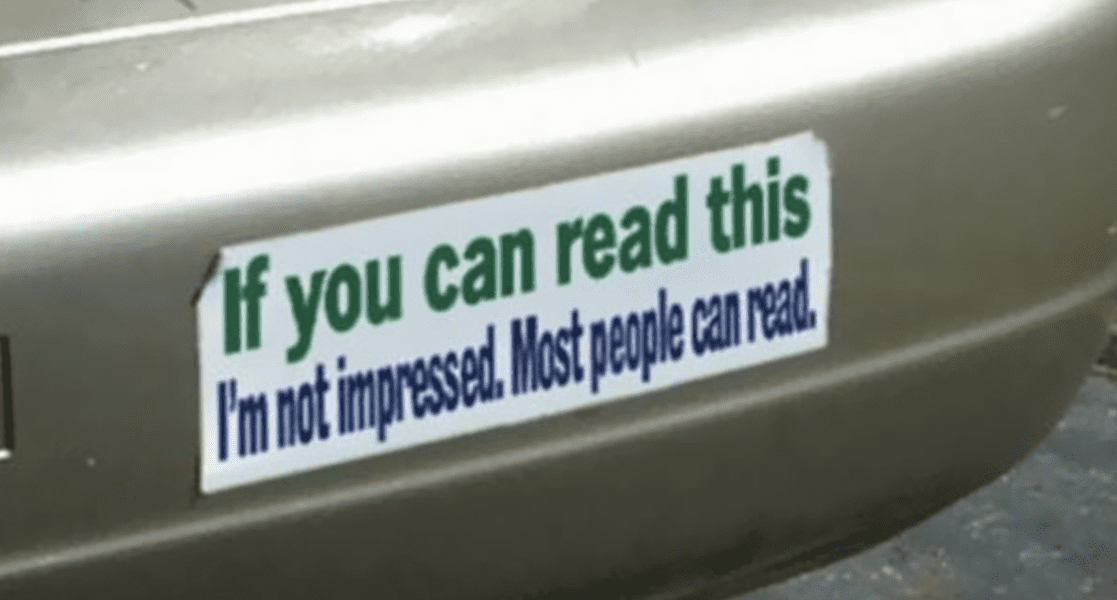 So you think you’re pretty smart for being able to read this bumper sticker? Turns out you shouldn’t be as most people can read. 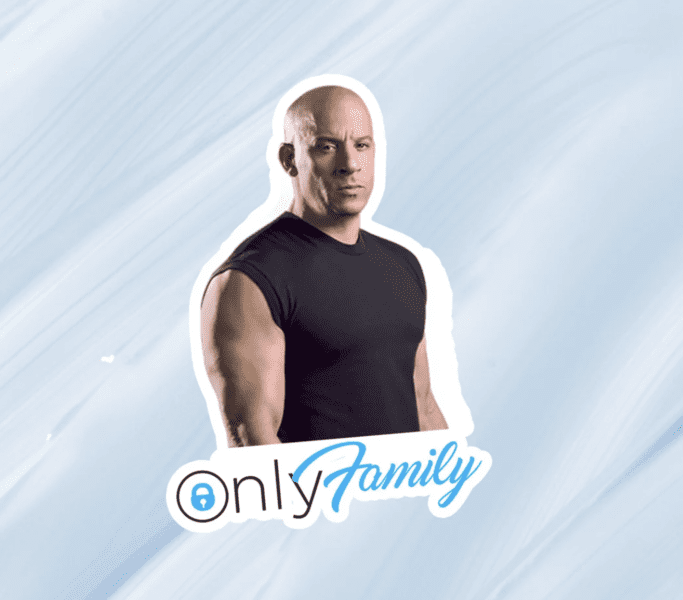 This magnetic bumper sticker is totally random but still very funny. It features an image of Vin Desiel with the caption OnlyFamily, instead of OnlyFans. As any Fast and Furious lover knows, Vin is all about family. This strange vinyl bumper sticker is something Fast fans will love to display on their bumper or as a window cling. 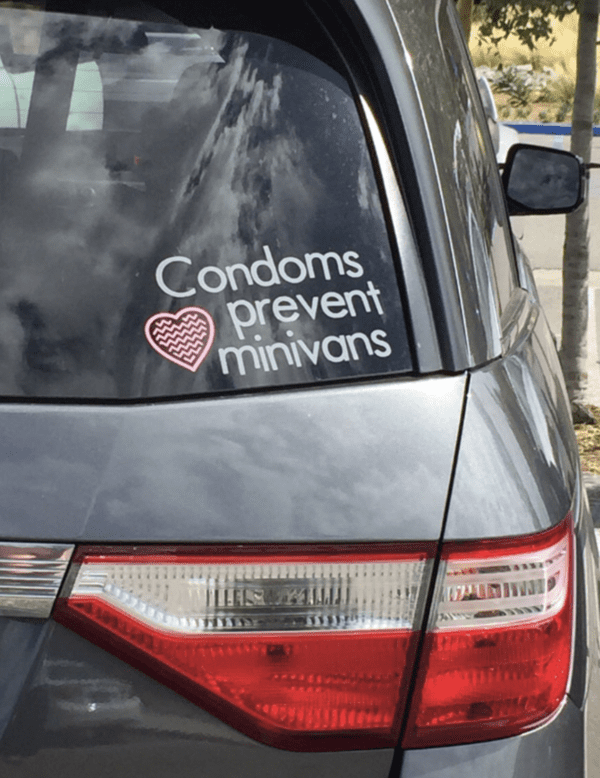 Who knew bumper stickers could be educational? This custom sticker is a warning to all the single folk that minivans are only necessary if you aren’t wearing protection.

8. This Is Just a Tribute 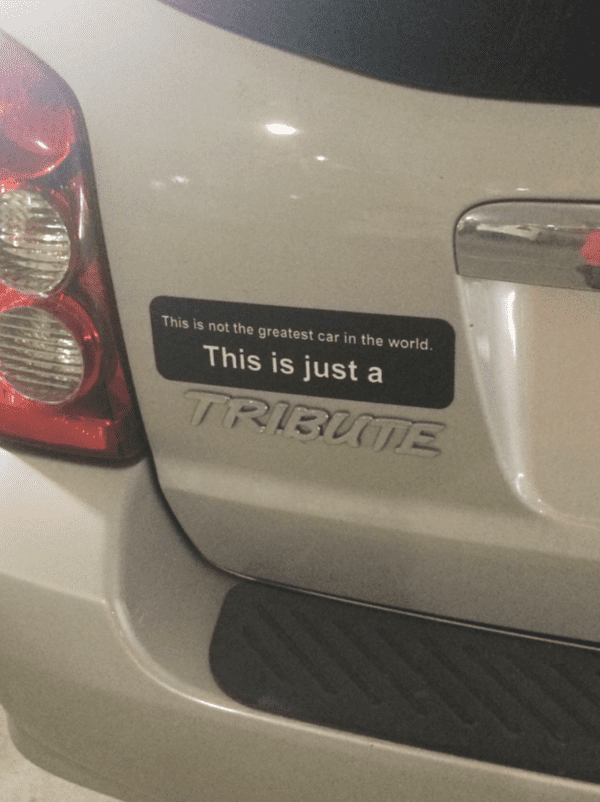 Custom bumper stickers don’t get much better than this one. It uses the name of Mazda’s Tribute SUV while referencing Tencaions D’s classic track Tribute. It’s so simple yet funny on multiple levels. 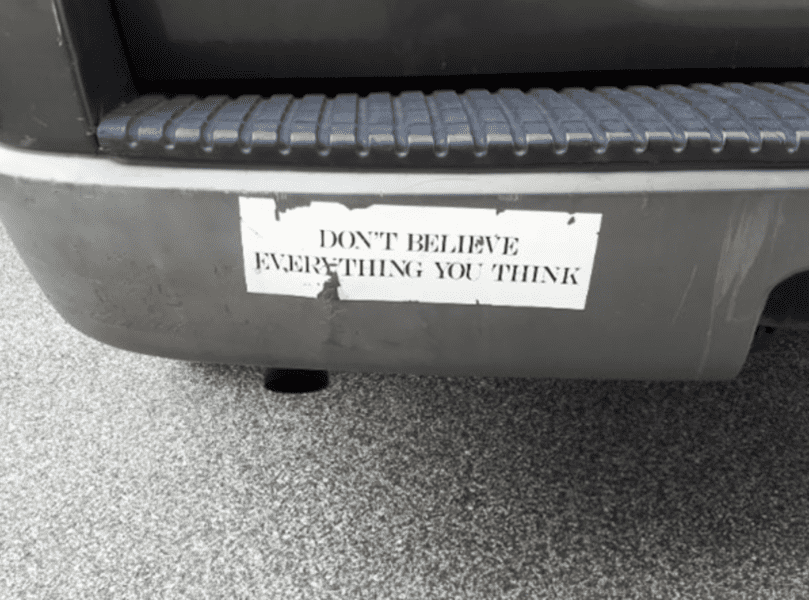 While not laugh-out-loud funny, this car bumper sticker will have you thinking on a deeper level. 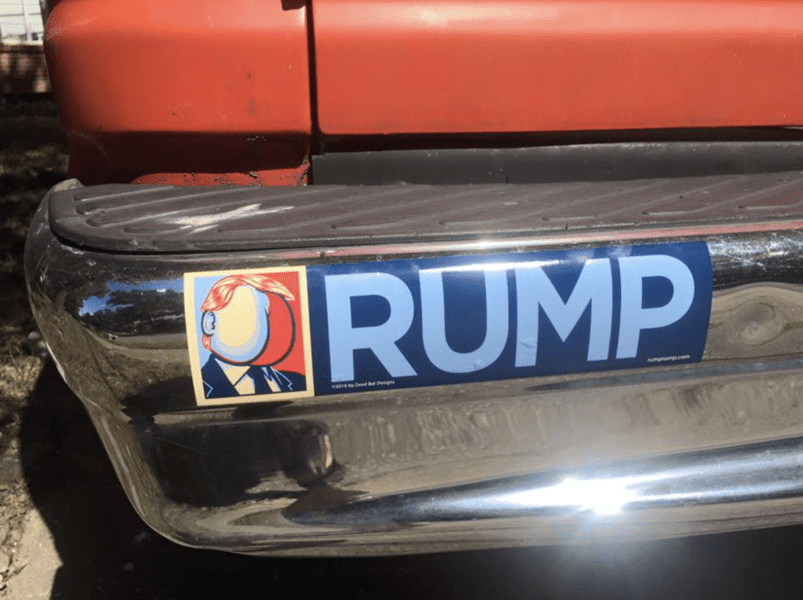 Political bumper stickers aren’t for everyone, but most people will agree with this one. It appears to be supporting former President Donald Trump but is in fact taking a jab at him. It says “Rump” and has replaced Trump’s face with an ass. Political signs like this are sure to cause a few arguments, but we think it’s hilarious. 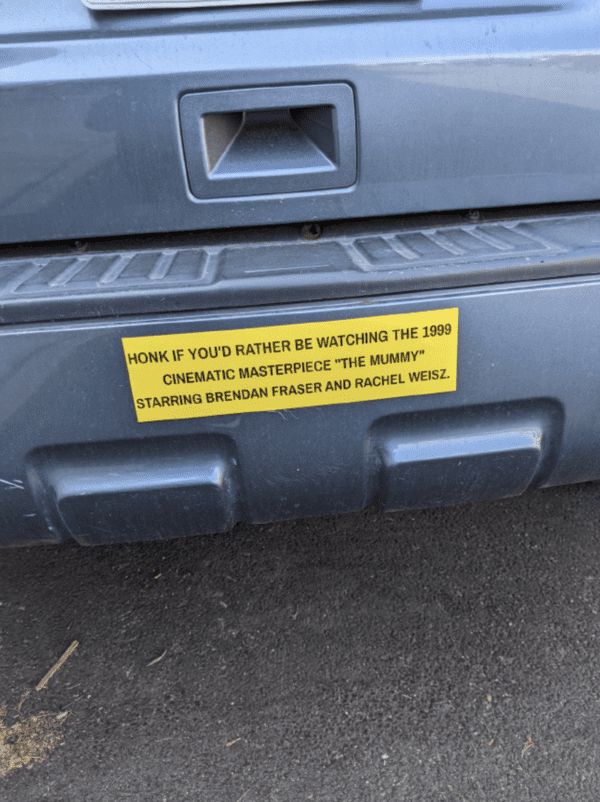 There are plenty of personalized bumper stickers that start with “Honk if…,” but few are as funny and obscure as this one. It wants you to honk your horn if you are a fan of 1999 classic The Mummy. With Brendan Fraser on a hot run of late, this bumper sticker has never been more relevant. 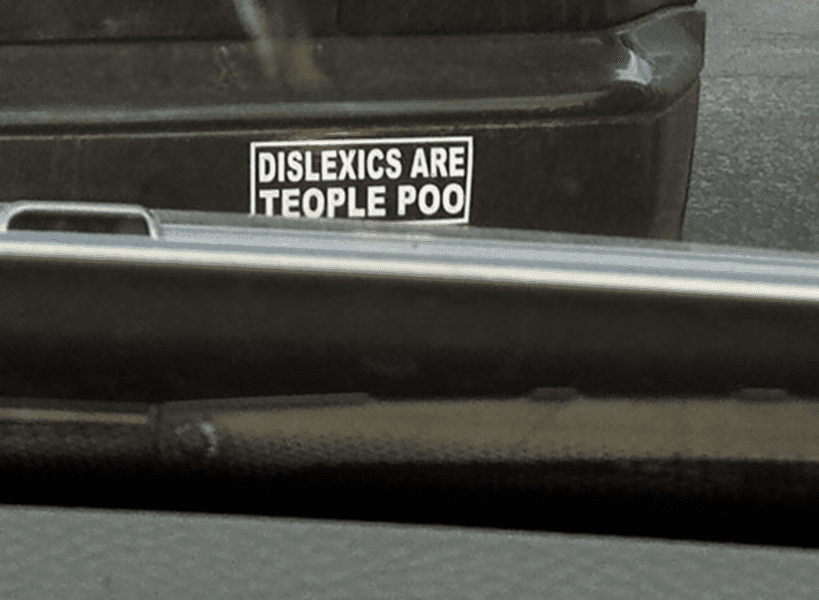 A funny play on the phrase “dyslexics are people too.” This is another great car bumper sticker everyone will get a laugh from.

13. Just Stopping By Your Mom’s Place 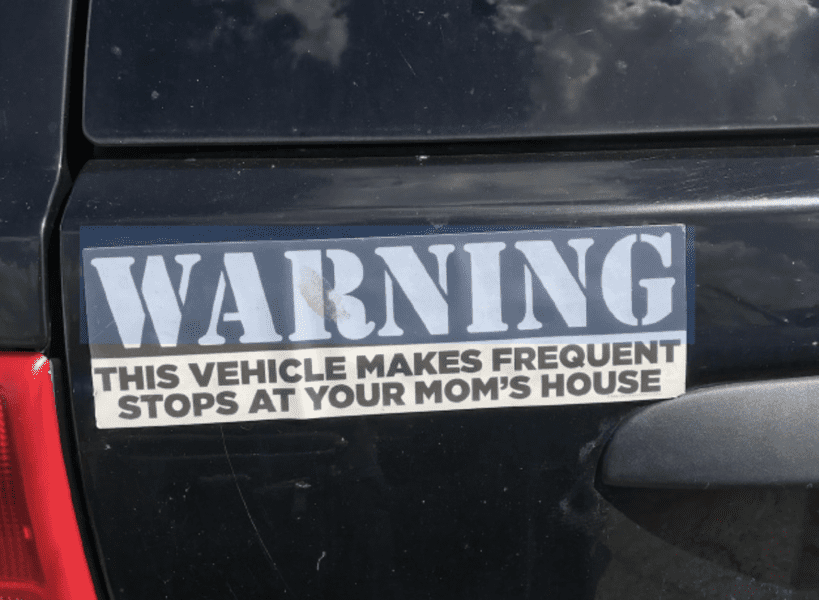 Did you know your mom has a piece on the side? Apparently so according to this bumper sticker. Hopefully, the driver doesn’t know too much personal information about you as well. 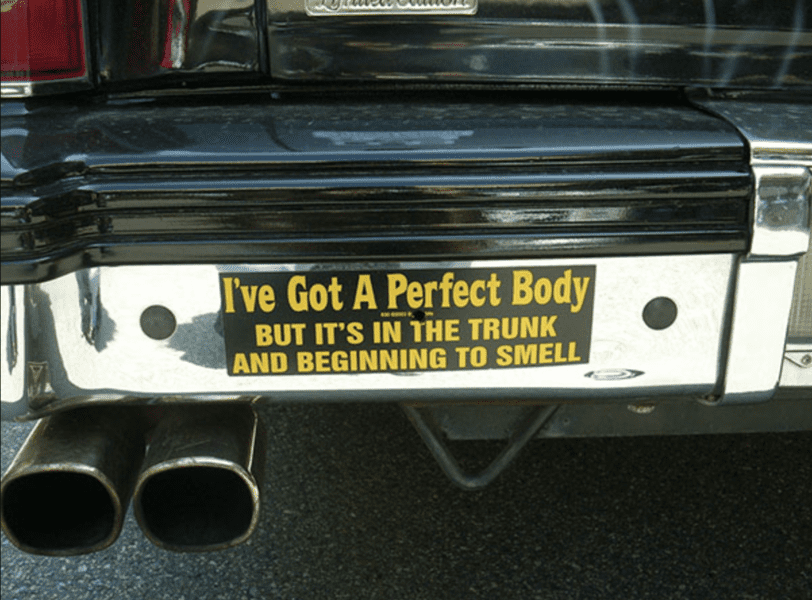 Car stickers can sometimes be a little dark, as is the case with this one. The driver wants everyone to know they have the perfect body. No, not their actual body, but the dead body in the boot. Probably don’t want the police seeing this one. 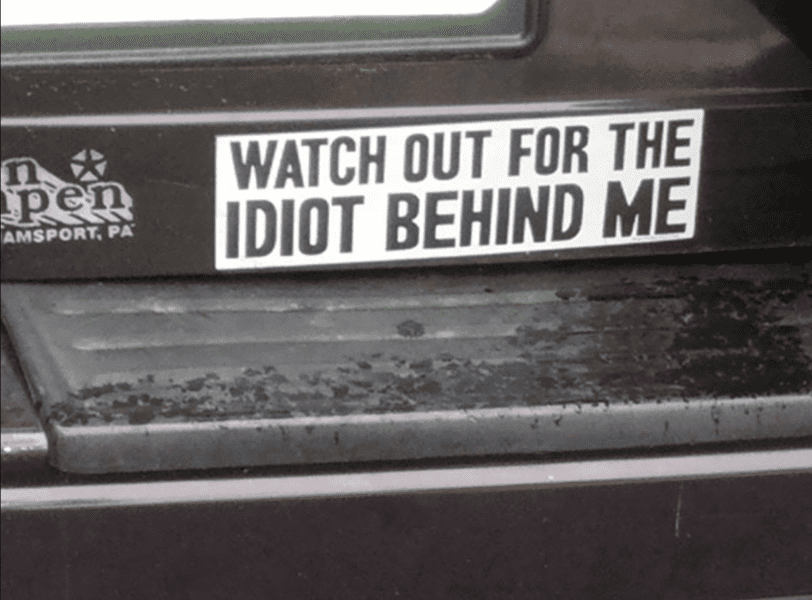 This bumper sticker is aimed at the vehicle behind the car it’s on. That’s right, you’re the idiot.

At least this driver isn’t making any excuses and is happy to tell the truth. 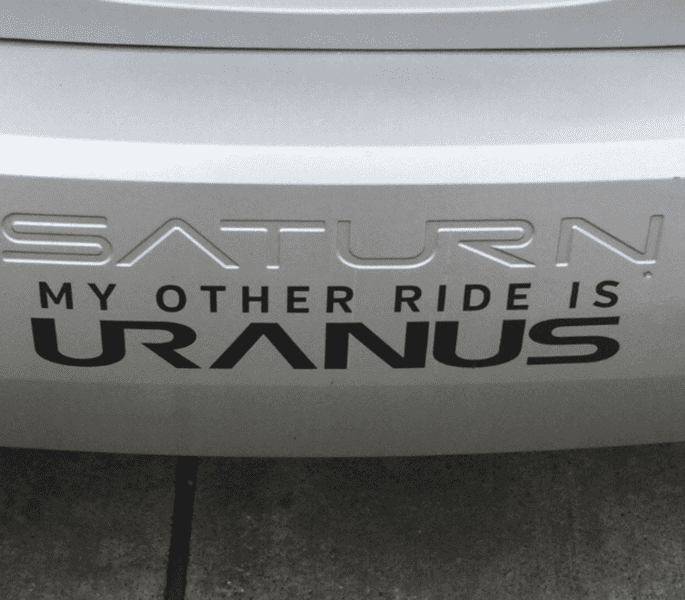 A funny custom bumper sticker that’s a little on the naughty side. 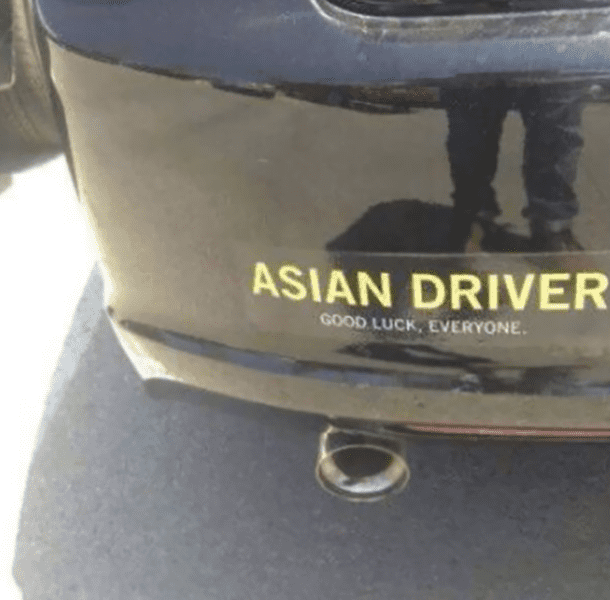 This bumper sticker plays into the stereotypes that Asain’s are not good drivers. 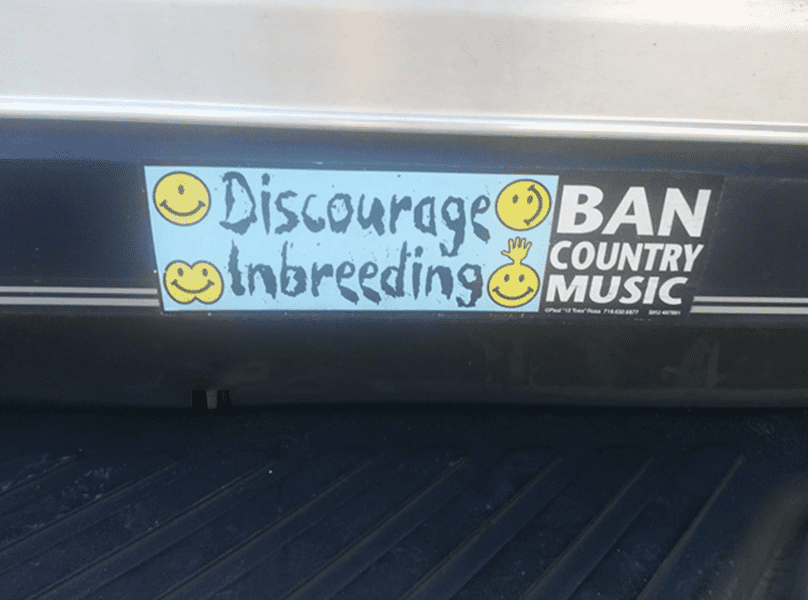 The owner of this vehicle is not a fan of country music. They think it should be banned to stop inbreeding. 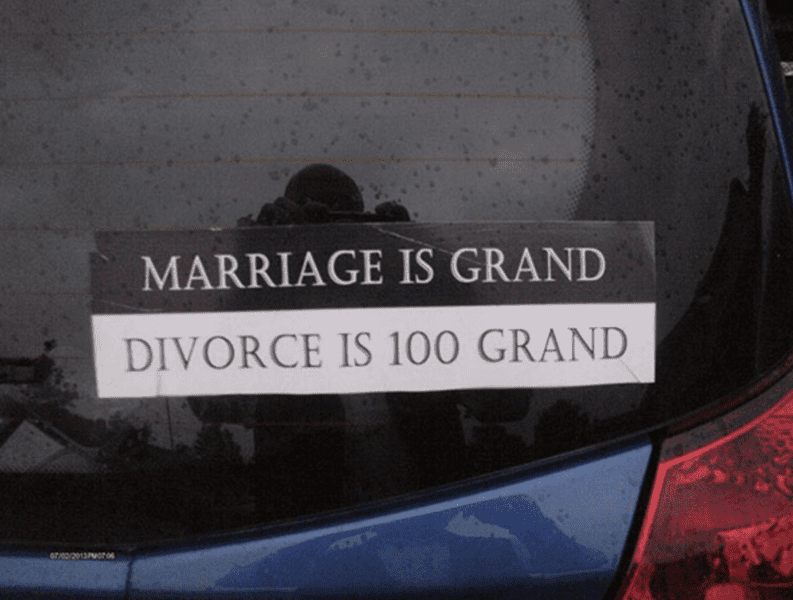 Here is everything you need to know about marriage and divorce.