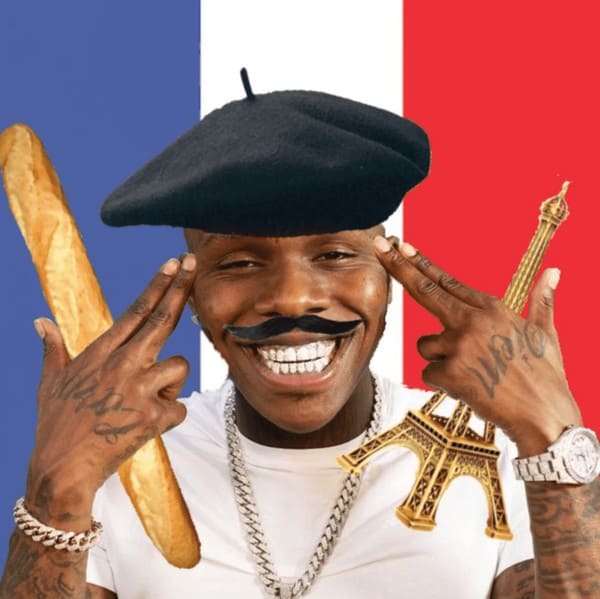 DaBaby (born Jonathan Lyndale Kirk) is one of rap’s most controversial figures. A member of the new breed, he got his start with singer South Coast Music Group before signing a seven-figure deal with Interscope in 2018 off the back of his mixtape success. Since then he’s released three albums and had a Billboard #1 with the Roddy Ricch assisted Rockstar. While he is loved by many, there are just as many who dislike the North Carolina native. DaBaby was involved in a shooting that resulted in the death of a 19-year-old Jaylin Craig and was called out for homophobic comments he made at the Rolling Loud Festival in Miami in 2021. Despite calls for DaBaby to be canceled, he has managed to flourish. So much so that last year DaBaby memes became a thing.

Nobody is quite sure why this happened, but many point to comedian Marcus Abston. He made a joke comparing DaBaby’s head to that of a PT Cruiser. Since then DaBaby memes have cropped up all over social media and continue to provide rap fans with laughter. So if you have seen the memes but aren’t quite sure what is going on, don’t worry. To help you out, here are 20 of the most hilarious DaBaby memes with a bit of background. 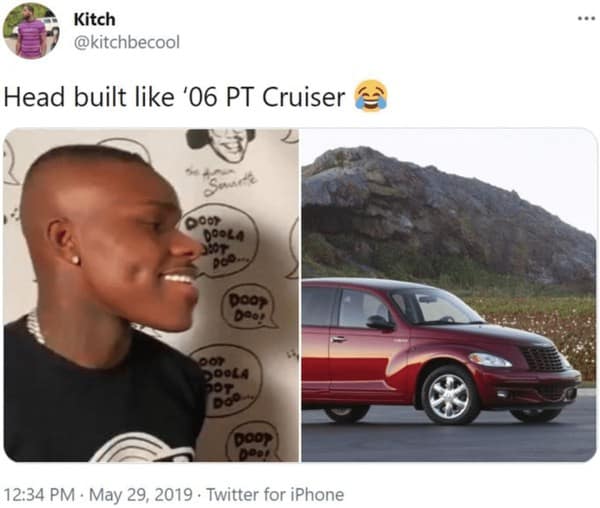 One of the first DaBaby memes is this classic comparing the rapper’s head to that of a PT Cruiser. You really shouldn’t laugh but it’s hard not to find this image funny. 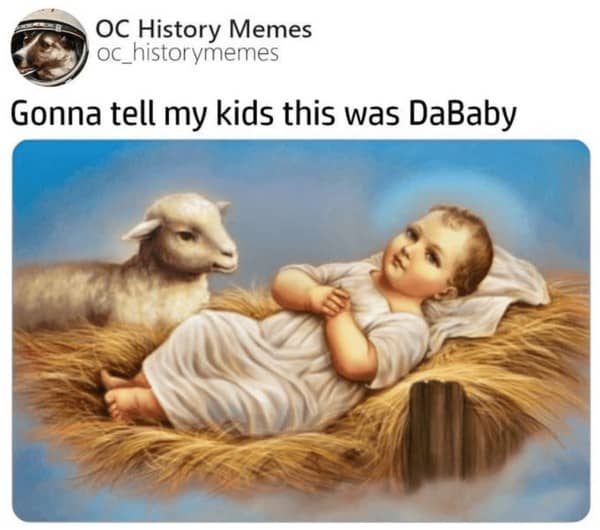 This is funny for so many reasons. DaBaby being called baby Jesus and the young generation having no clue is something that’s totally believable. 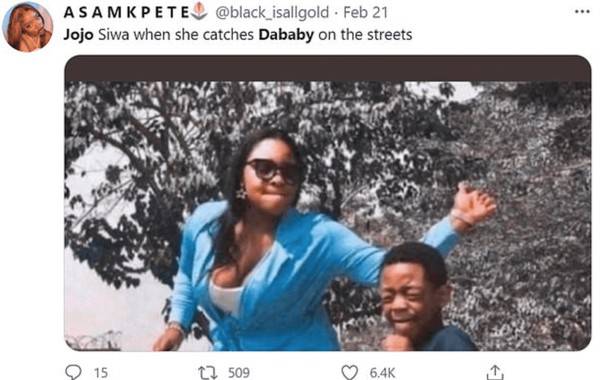 For some reason, DaBaby called Jojo Siwa a bitch on recently released track Beatbox Freestyle. While he was quick to play down the controversy and defend his actions as wordplay, it hasn’t stopped the internet coming for him. This meme depicts Siwa’s reaction to seeing DaBaby in the street. We can only dream. 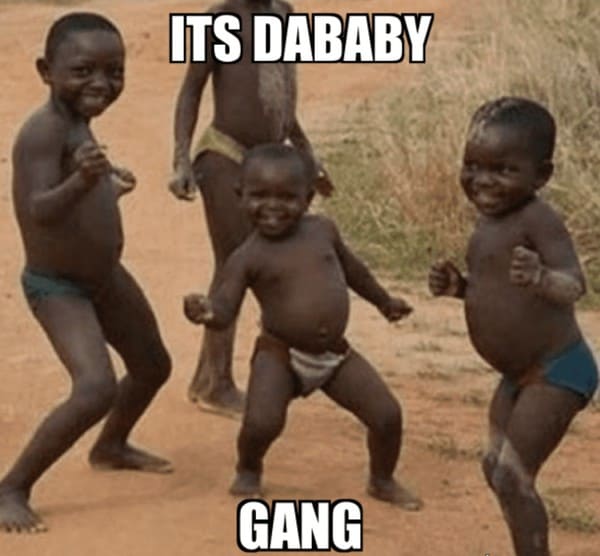 Here is a meme depicting DaBaby’s fans dancing around. Why is this funny, I don’t know. It just is. 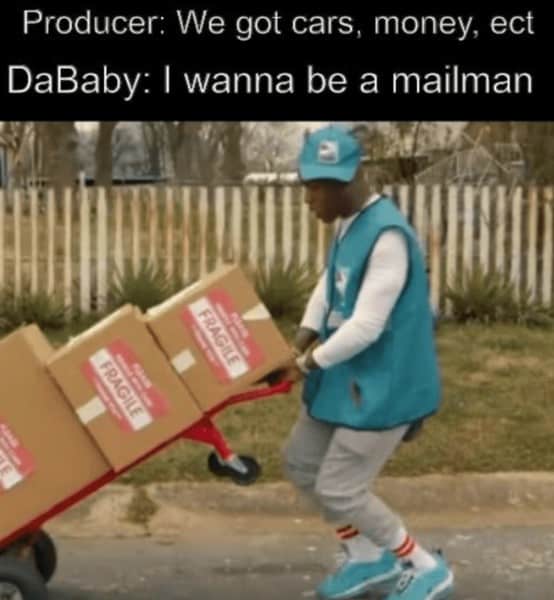 This meme is in response to the DaBaby song Suge where DaBaby plays a mailman. It’s a much easier job than being a rapper. 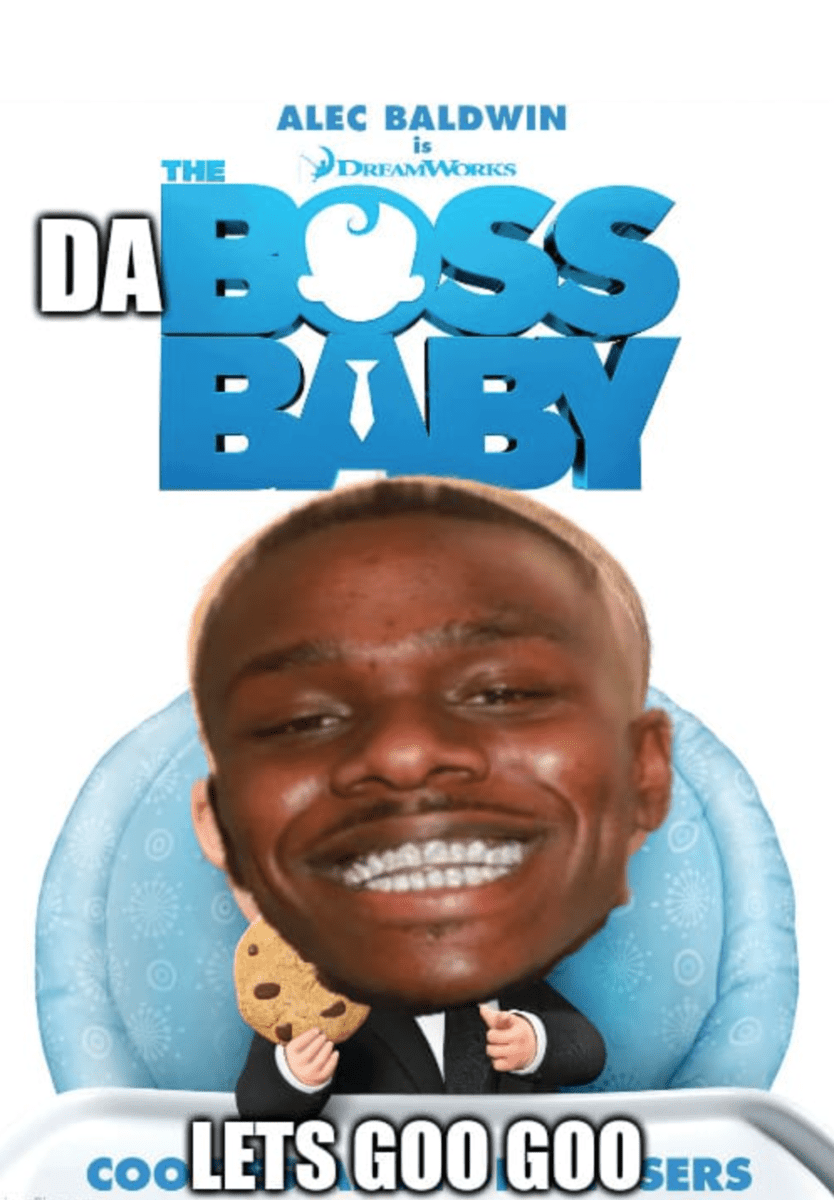 Is this Dababy’s first movie role? Unfortunately not. But it is a funny take on the Boss Baby movie poster

7. Dua Lipa and DaBaby Haning Out 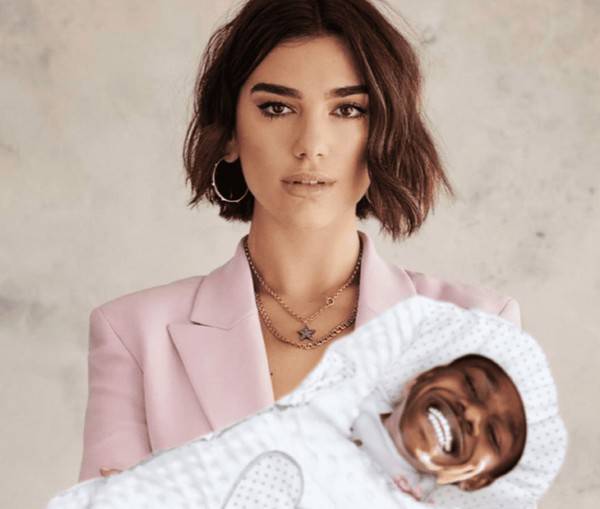 This meme is pretty obvious. Dua Lipa and DaBaby just chilling. Pictures of DaBaby as an actual baby never get old. 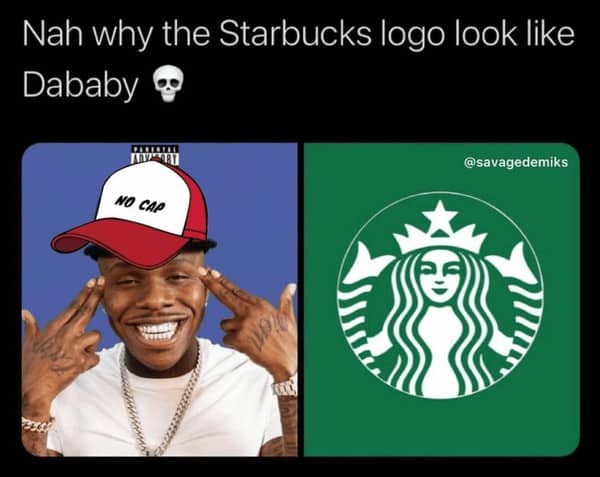 The cover of DaBaby’s Baby on Baby album features the rapper pointing finger guns at his head. It didn’t take long for this to become a meme and spread around social media. This meme accuses Starbucks of ripping of DaBaby’s album cover for their logo. 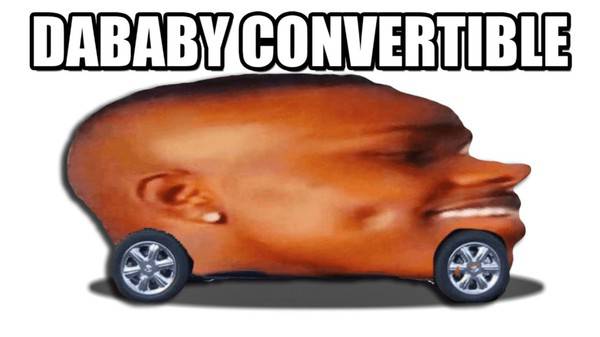 In his song Suge, DaBaby raps “I will turn a ni**a into a convertible.” Before you could blink social media was full of memes featuring DaBaby’s head (that had already been compared to a car) as a convertible. You gotta love the internet.

10. Jojo Siwa Coming for You DaBaby 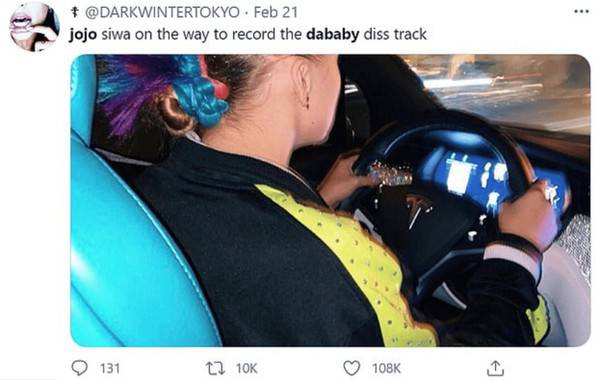 Here is another classic meme about Jojo Siwa coming for DaBaby after he called her a bitch. Diss track incoming. 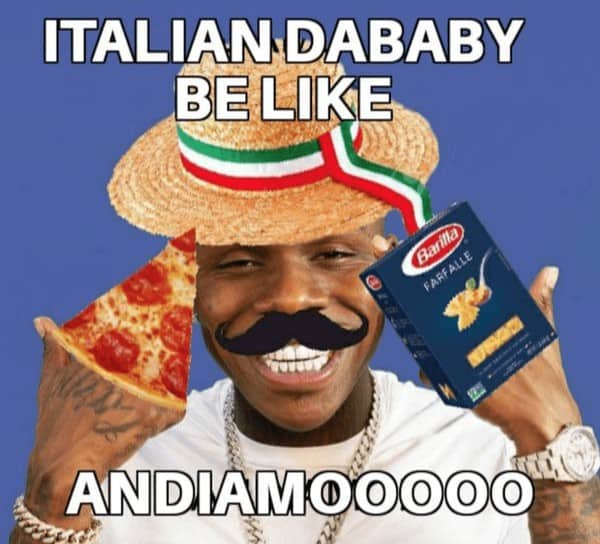 Here’s another piss-take of his album cover, this time imagining DaBaby as Italian. 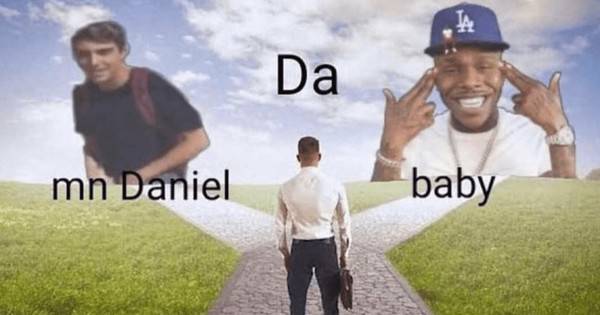 This is a great meme combing the classic Damn Daniel viral video with Dababy’s name. 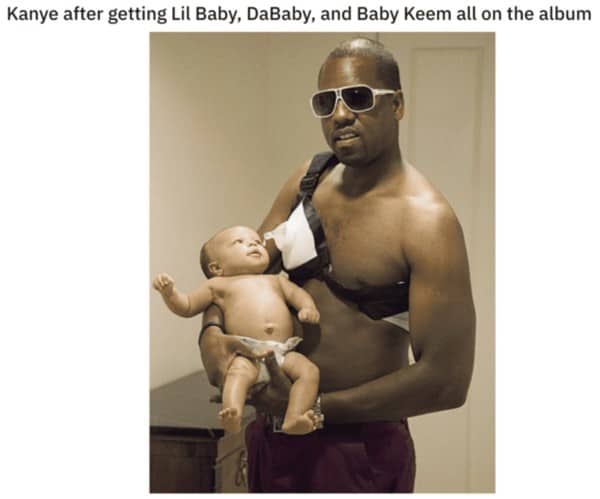 This is what it looks like when you get all the popular ‘baby’ rappers on your album. 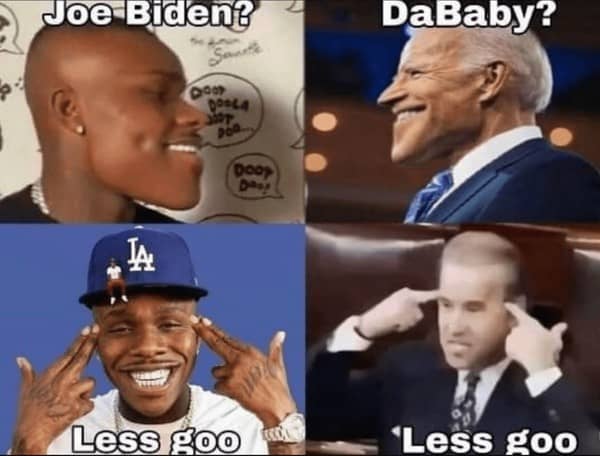 These meme suggest DaBaby and Joe Biden are the same person. Not sure about that, but funny nonetheless.

How about DaBaby if he was French? 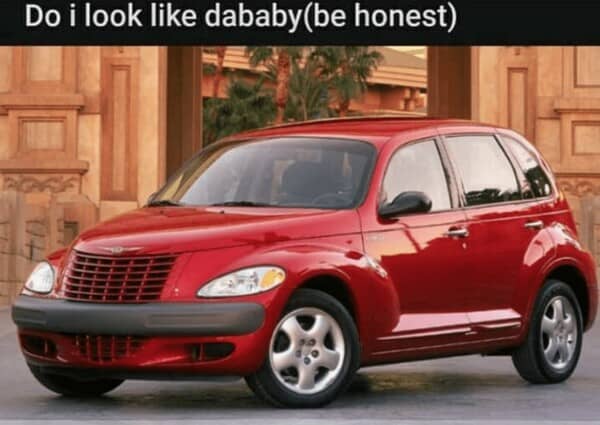 People began posting pictures of themselves or objects and asking if they looked like DaBaby. This one goes for the jugular with an image of a PT Cruiser. 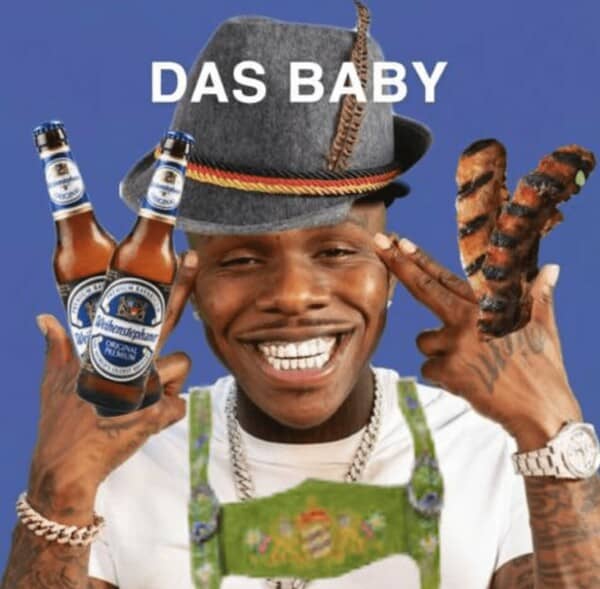 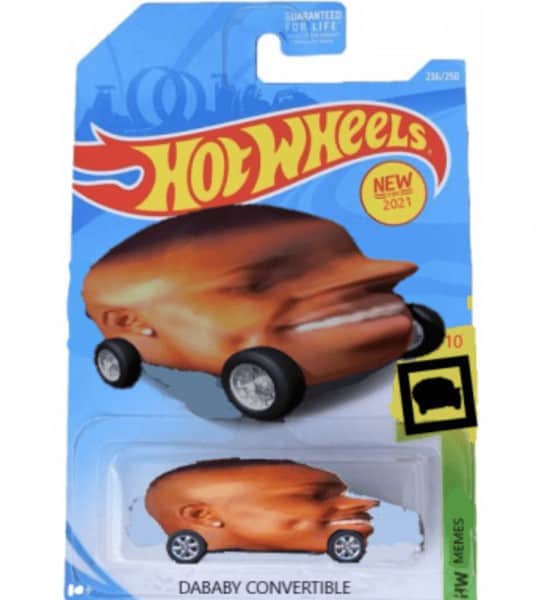 19. When You Become That Thing You Hate 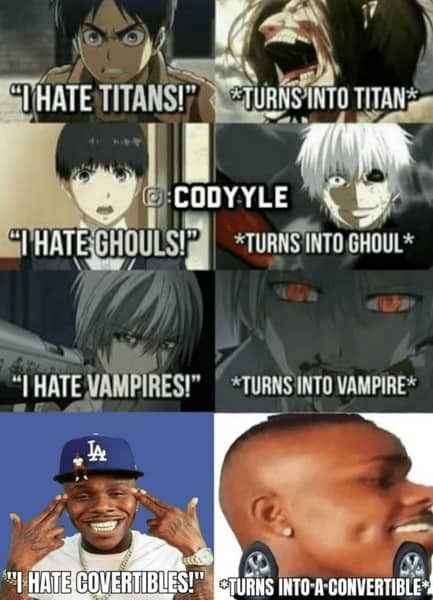 An anime series featuring DaBaby would be interesting. 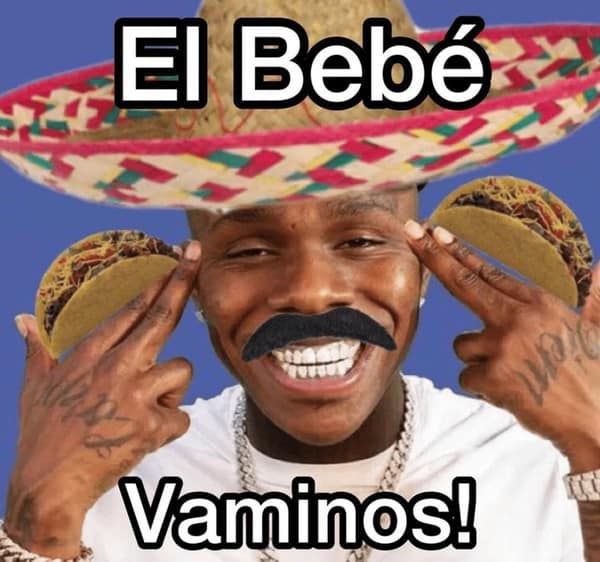 If you don’t laugh at this then you might not have a soul.