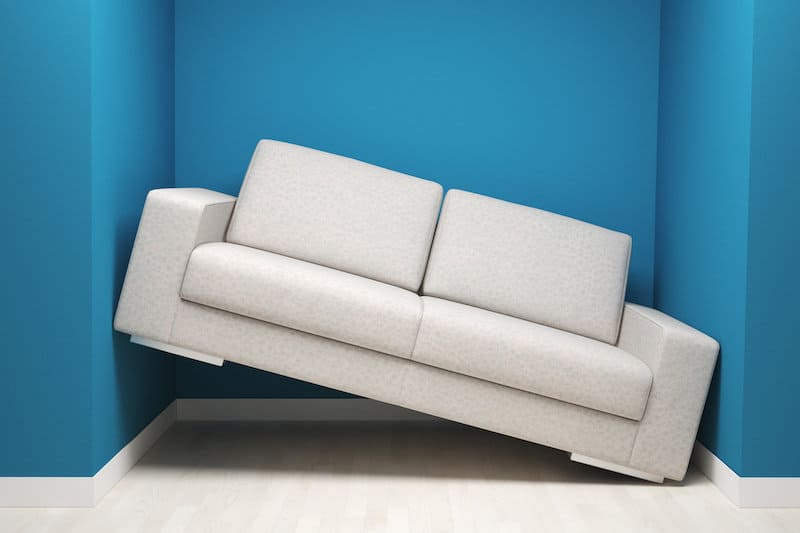 There have been brilliant designers who have built iconic buildings and created masterpieces. However, not everyone can make a masterpiece. Sometimes it turns into an epic design fail. Nobody’s perfect, and mistakes are a part of life. Still, these bad designs are too good to ignore. They’re the perfect design fail. These design fails range from oddly shaped buildings to hilarious logo fails.

In most cases, it’s mind-boggling that no designer or random person noticed these massive fails until it was too late. For instance, playgrounds designed for kids aren’t as innocent as they appear. At the same time, small businesses and major companies come up with a good idea, but the execution is a major fail. These epic design fails are entertaining and good for a laugh. Well, except for the designers. They’re not laughing. Here are some epic design fails. 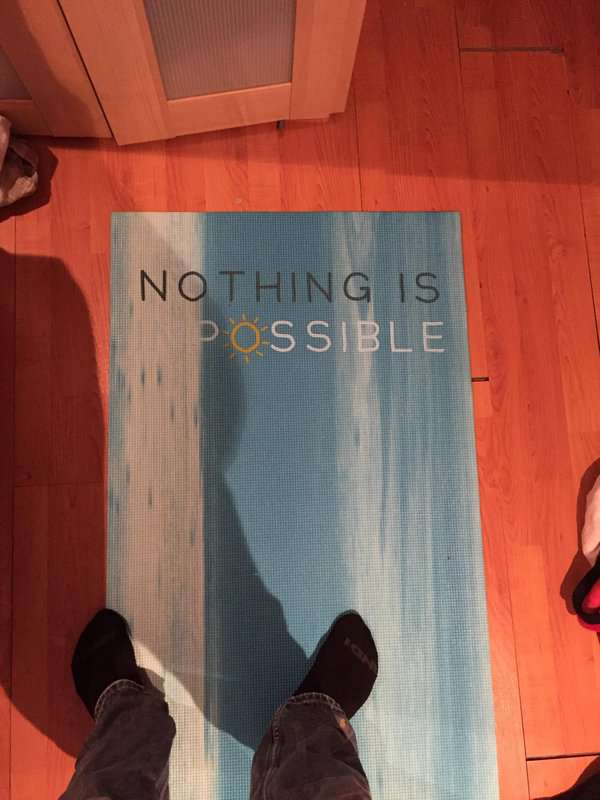 It’s refreshing when yoga mats are honest. It’s true; nothing is possible. Obviously, the mat actually says, “Nothing is impossible,” but the designers chose some bad colors and fonts as that make the letters disappear in the light. An epic design fail like this will likely cost the company a lot of karma.

2. Before and After Fail 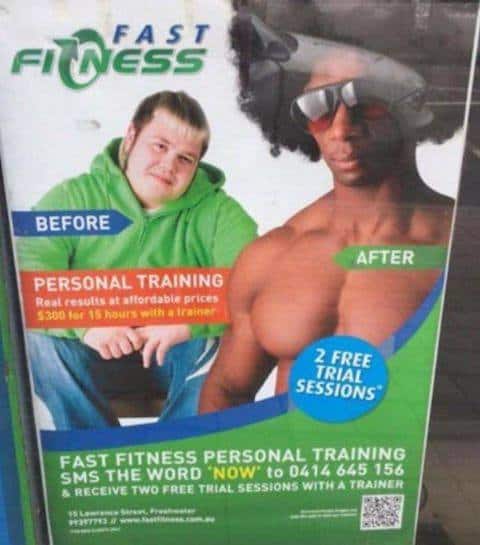 Fast Fitness is a truly incredible deal. Here’s a terrible design fail that somehow nobody at Fast Fitness noticed. According to the advertisement, a chubby white guy will turn into a chiseled-back guy with a cool hairstyle after a few personal training sessions. It’s an affordable price, and you’ll literally walk out a totally new person. 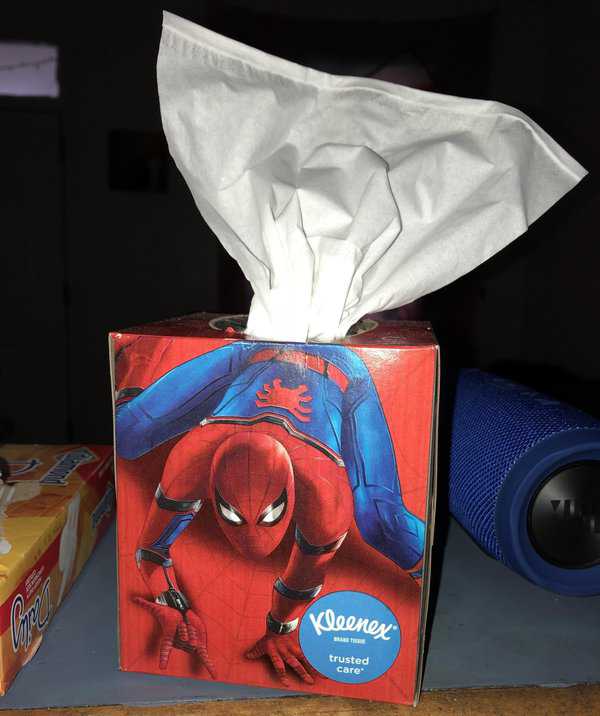 Apparently, Spider-Man has a new way of shooting his webs. Let’s be clear; this is an official Kleenex tissue box. It went through numerous graphic design phases, meetings, and an inspection. At no point did anyone point out that the tissue emerged from Spidy’s rear end. It’s a design fail of epic proportions.

4. Sadly, You Don’t Have Diabetes 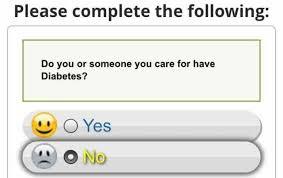 The more technology advances, the more complicated things get. For instance, here’s a UX design fail that’s pretty entertaining. According to the sad face emoji, not knowing someone with diabetes is disappointing. The designers dropped the ball on this hilarious mistake. 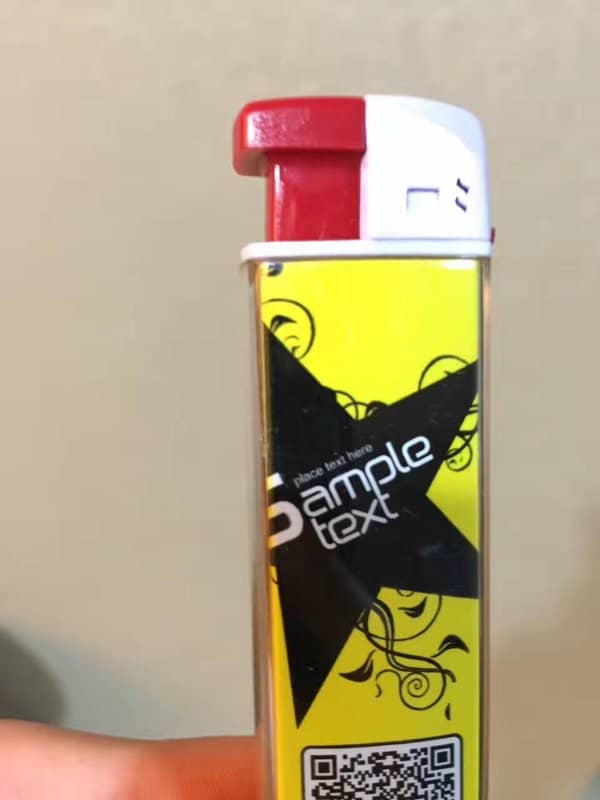 The designer of this lighter had one simple job. Put a wacky design on the front to trip out smokers. Perhaps, they fell asleep while working. Honestly, “Sample Text” is unintentionally a cool lighter design. In this case, the epic design fail might have worked out. 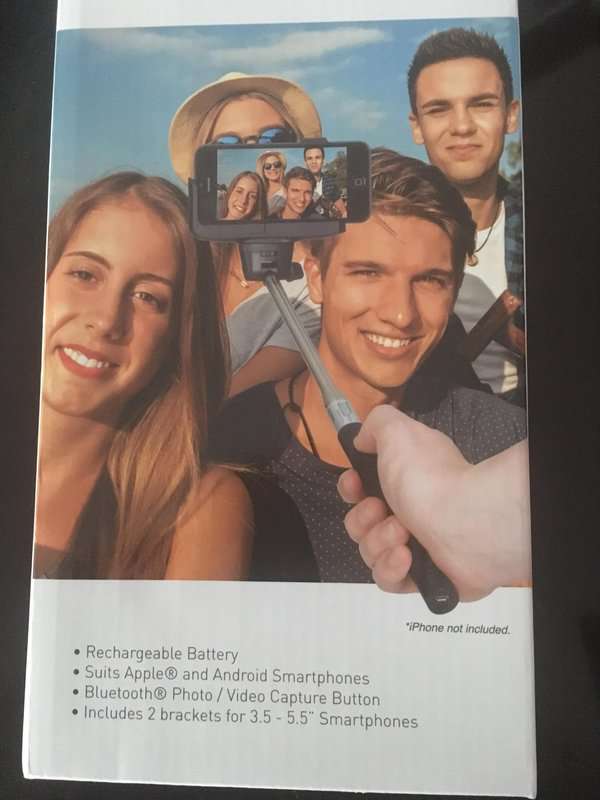 Here’s an advertisement that doesn’t know the purpose of a selfie stick. It’s a pretty big marketing mistake. It defeats the purpose of the designer’s creating the selfie stick in the first place. Common sense should have kicked in at some point when making the ad. The designer that created this bike lane didn’t use common sense. Since the dawn of time, drivers, bike riders, and pedestrians have been at war over the road and sidewalk. Creating a bike lane separate from the rest is a great idea. Clearly, this bike lane is a bad idea and empty for a good reason. Any rider that uses this lane is putting their life at risk.

9. Children of the Menu 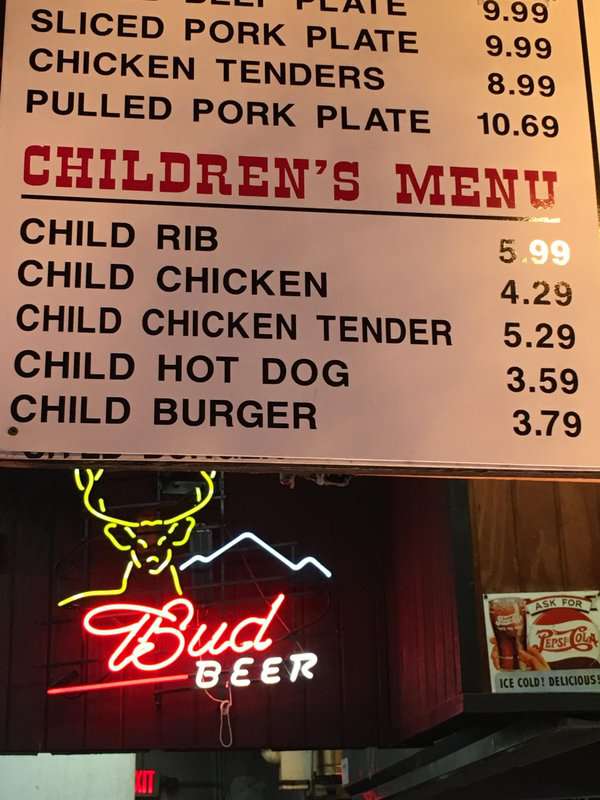 The owner of this restaurant probably needs to have a second look at their kids’ menu. It went from a good idea to an epic fail pretty fast. Hopefully one of the key ingredients in their burgers isn’t children. On the other hand, a child burger with a side of child fries sounds delicious. 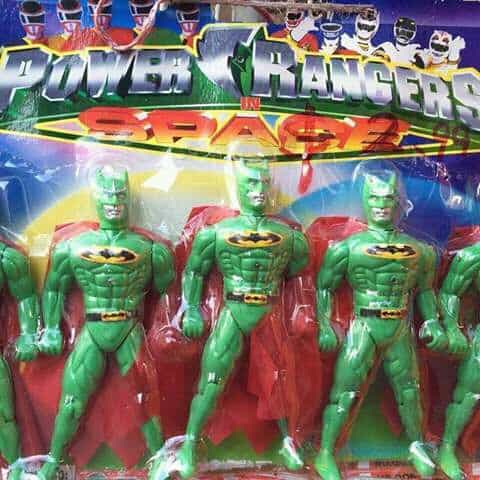 There’s something not right about this Power Ranger Space toy. Oh, it’s the wrong color. The designers of this kid’s toy had a straightforward job. Put the Power Ranger and Batman toys in the correct package. There’s a Batman package with a Pink Power Ranger out there somewhere.

11. This Package Can’t Make Up Its Mind 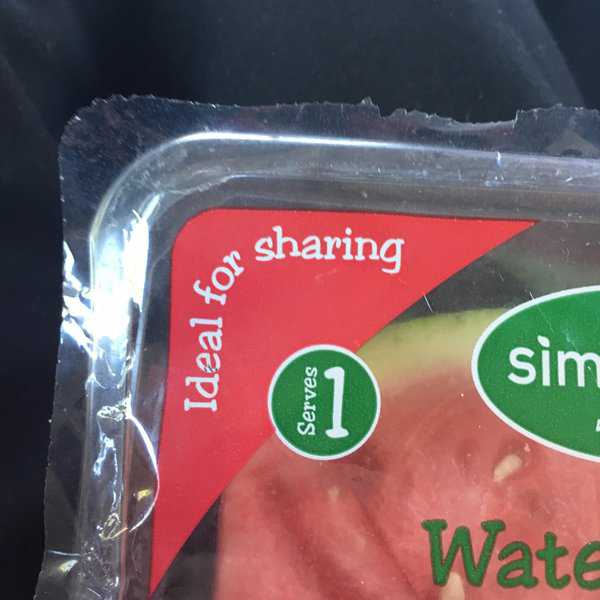 The company behind this package needs to pick a lane. The box serves one but is ideal for sharing. Honestly, it can’t do both. Also, it’s almost as if the package is mocking lonely people. It’s an epic design fail that puts the rest to shame. 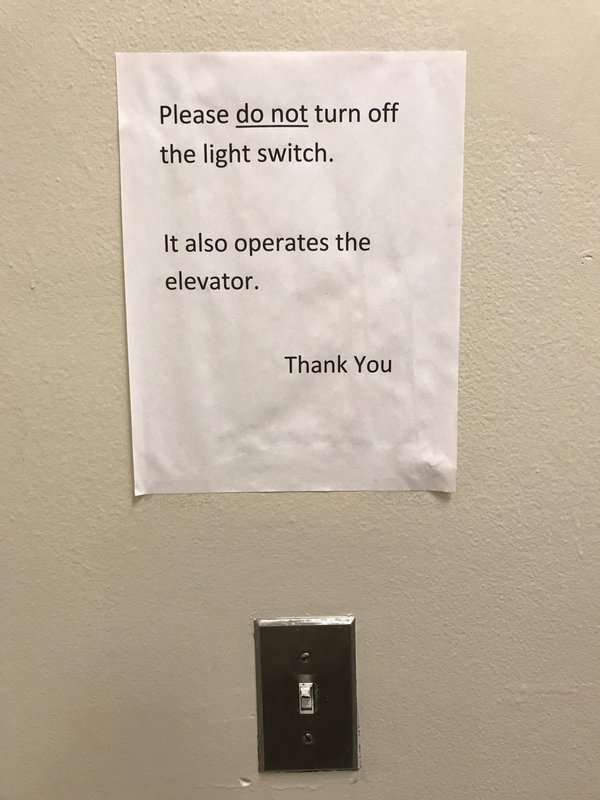 Here’s a good idea: a simple sign that explains not to turn off the light switch because it also operates the elevator. Here’s a bad idea: design the light switch so it turns off the elevator. This is a terrible design idea. The person that came up with this feature possibly lost their job or had to ride the elevator while someone turned the switch on and off.

13. Congratulations, You Have Cancer 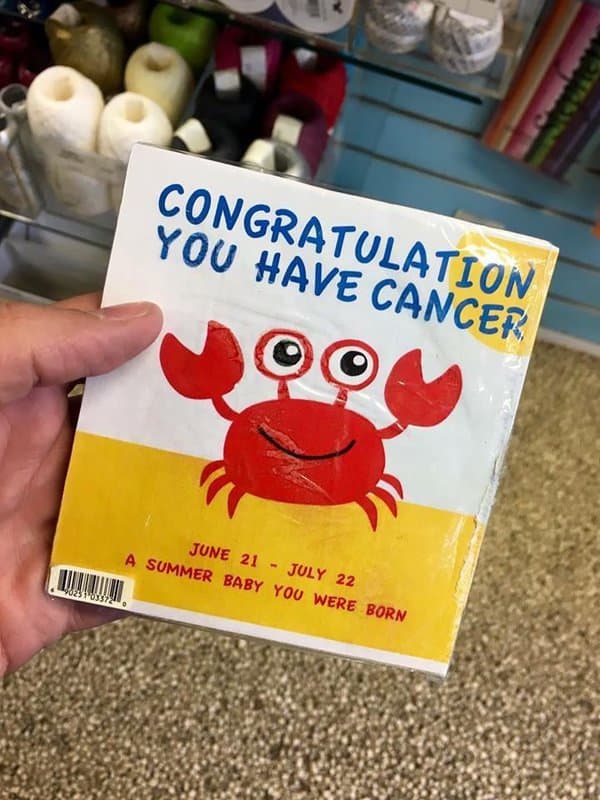 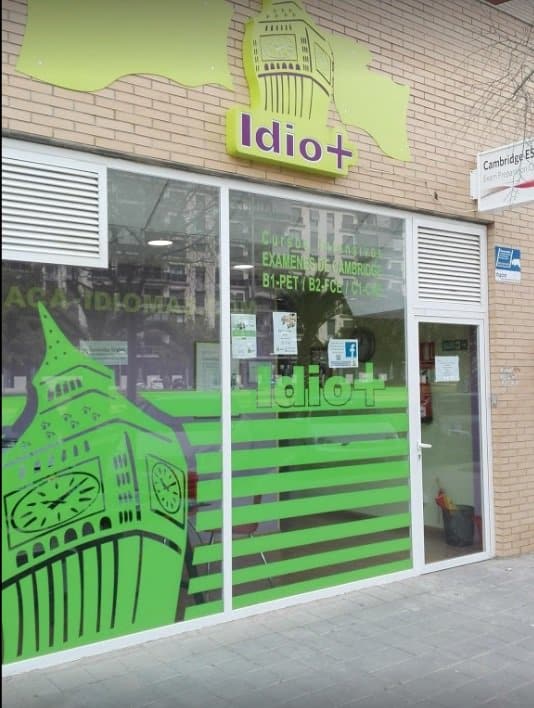 It’s impossible to know what a business sign will look like until it’s up in the bright lights. It’s only then the owners notice the epic design fails. The Idio+ Language Academy might want to space out the title a little bit. On the other hand, it could embrace the fail and become an academy for idiots. The designer of the sign can be the first student. 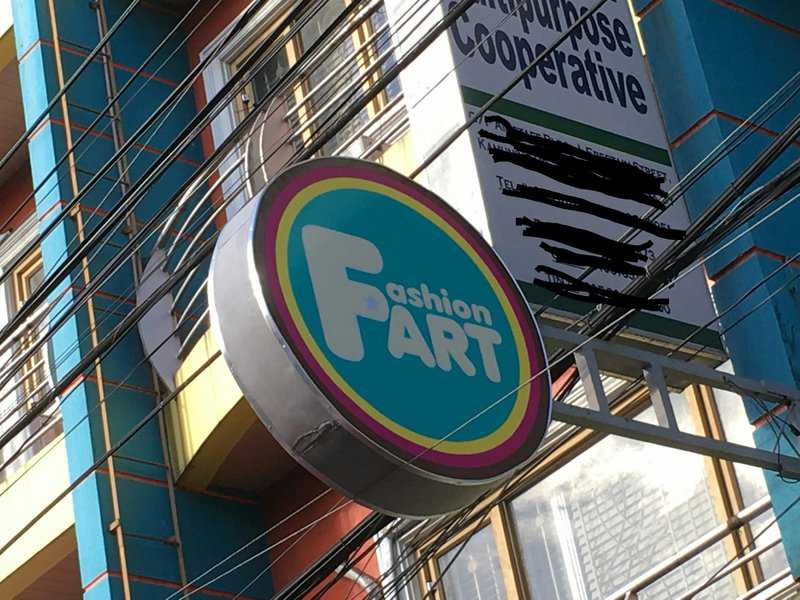 It’s hard to imagine that nobody realized this “Fashion Art” sign appears to say “Fashion Fart.” If it’s not on purpose, it’s one epic design fail. It’s also possible that fashion fart is a real thing and is gaining popularity. 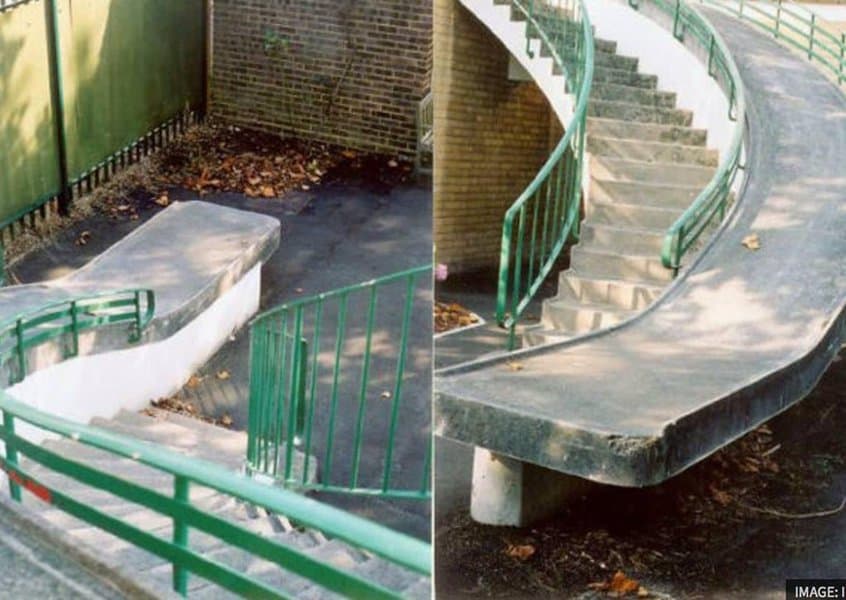 The designer of this wheelchair ramp doesn’t have a strong understanding of wheelchair accessibility. The ramp is essentially a cement slide. Not only does the ramp not even touch the ground, it’s also aimed at the wall. It’s an epic design fail and a pointless wheelchair ramp. 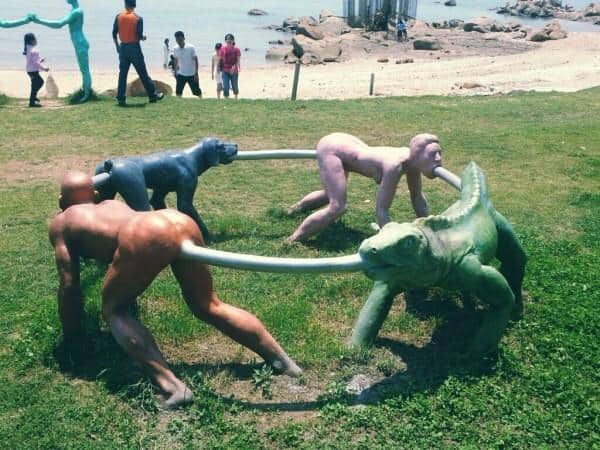 Here’s the perfect playground for parents looking to traumatize their kids and pay for years of therapy. The designers should know this is pretty inappropriate for a playground. Indeed, this playground equipment is like something out of an independent horror movie. 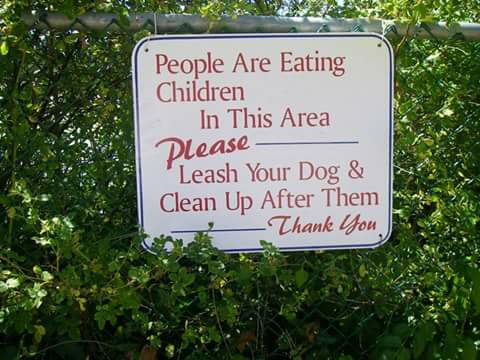 It’s essential to keep dogs on leashes at this cannibal park. We don’t want them disturbing people and eating children. Sometimes a design fails because of poor word placement. It’s actually a mess of a sign with a terrible design. The word placement and grammar of this sign will confuse anyone trying to read it. 20. Winnie Founds His Pot of Honey 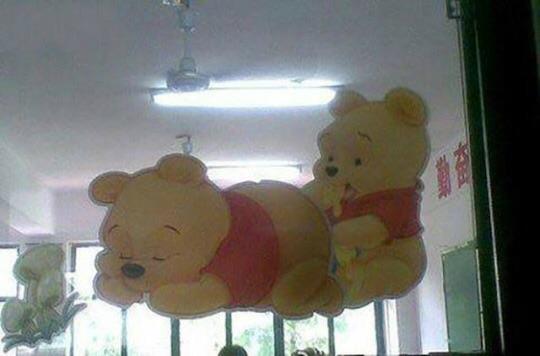 It appears Winnie The Pooh found his pot of honey. Undoubtedly, this is one of the worst design ideas to see the light of day. It’s inappropriate for kids on so many levels. It’s also odd that Winnie is somehow violating himself. 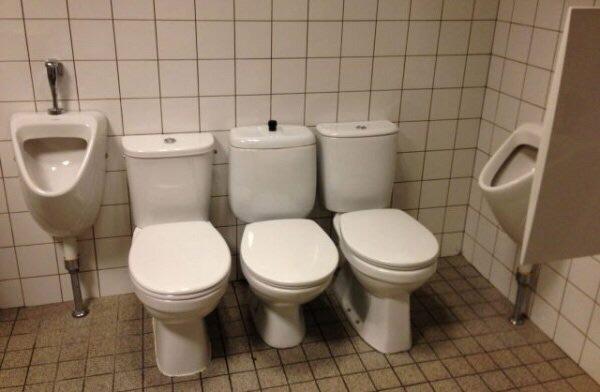 Here’s the perfect public bathroom for friends that do everything together. Indeed, this washroom is way too intimate. It’s easily one of the worst design fails. Nobody wants to get that close. Most people don’t even make eye contact in public bathrooms. 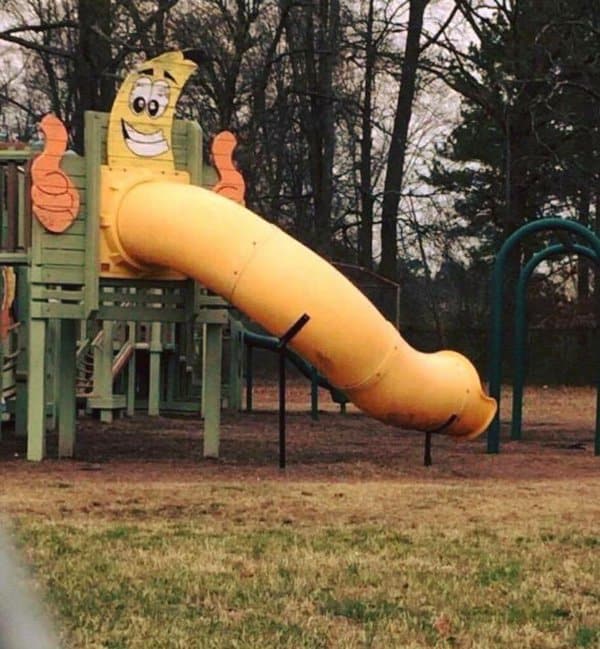 Here’s a slide that is all kinds of wrong. It enjoys having kids slide down it a bit too much. To be honest, a slide that well endowed should be very happy. 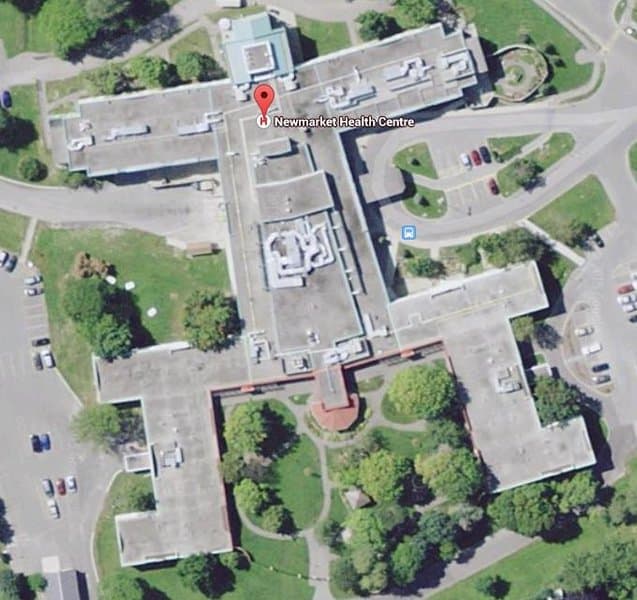 From an aerial view, the Newmarket Health Center coincidentally resembles a man down to the very last detail. On the surface, it seems like an epic design fail. On the other hand, it might be a stroke of genius to have the hospital in the shape of the human body. 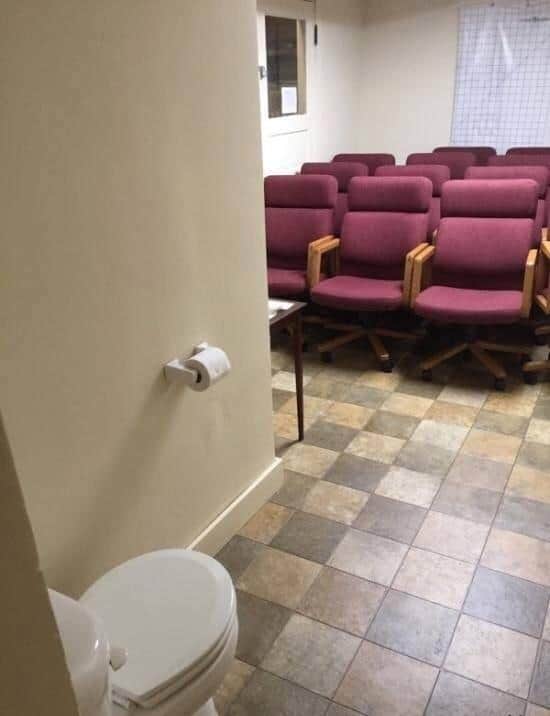 Here’s the perfect meeting room for anyone that likes to multitask. Here you can hold an important meeting while sitting on the throne. The designers of this conference room seem to think the missing key is a toilet.