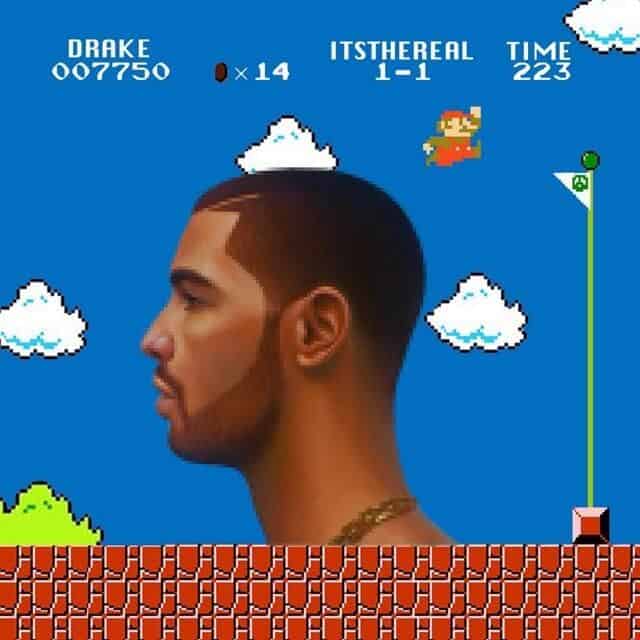 Canadian rapper Drake is one of the biggest stars in the world. He’s sold over 170 million albums. He’s won four Grammy Awards. Hell, he’s even had the most top ten singles of all time (54). He has just about done it all in the world of music and is a certified modern day hip hop icon. He’s also pretty successful in other areas of his life. Drake’s invested in several profitable business ventures and has dated a long list of attractive women. He’s also provided the internet with plenty of laughs. Drake memes are part of the pop culture zeitgeist these days. Inspired by his music, love life, and actions, Drake is consistently providing people with meme-worthy moments.

While at times these memes seem harsh, you get the feeling Aubrey Drake Graham is on the joke. A keen observer of pop culture, it’s hard not to think that many of the things he does are planned. The resulting media frenzy and torrent of memes on social media all seem a bit too calculated. And if that is the case, it’s hard to begrudge the man. He has managed to make meme culture work for him, even if it’s often at his expense. So in celebration of Darke’s impact on memes, here are 20 of the funniest Drake memes. 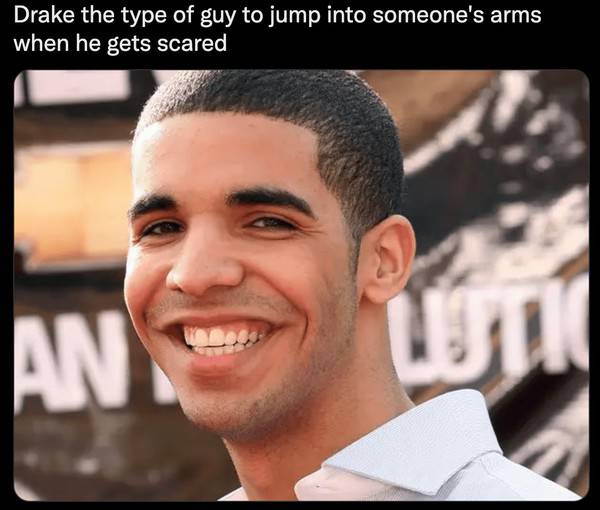 There are hundreds of examples of this meme. They start with the phrase, “Drake the type of guy to…” and then end with something ridiculous. In the case of this example from Twitter user @amberleani, it’s about Drake being a scardey cat.

2. Drake After Finding Out Rihanna Was Pregnant 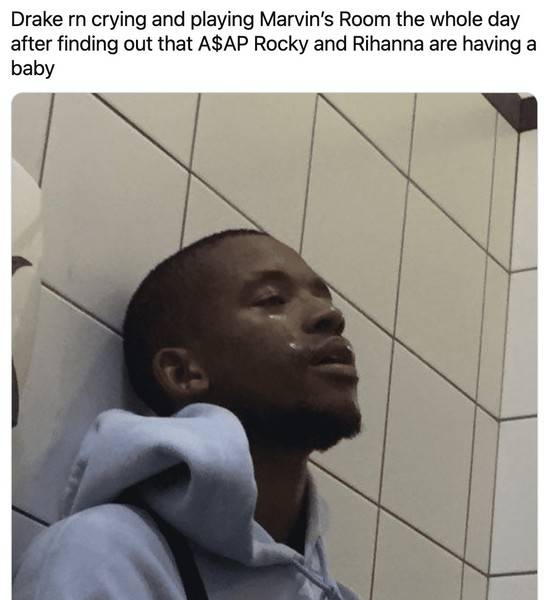 Drake once declared Rihanna the love of his life, so when it was revealed she was dating A$AP Rocky, the internet went crazy. Things exploded even more when Riri announced her pregnancy, leading to a slew of hilarious Drake memes. 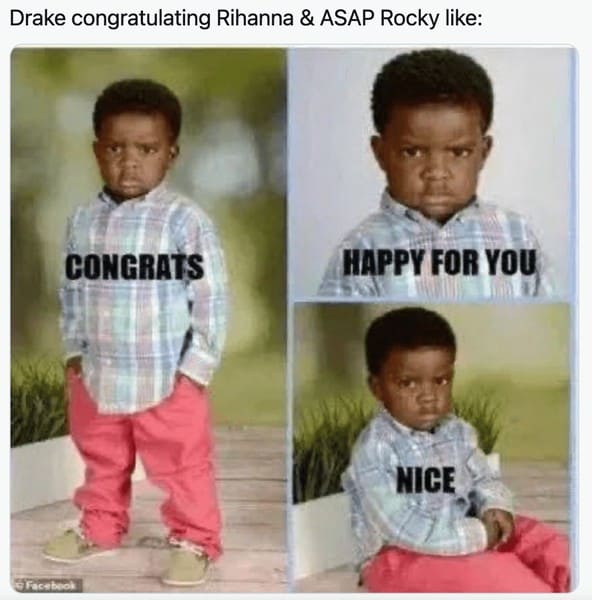 You can imagine Drake acting exactly like this once he sees Rihanna and A$AP Rocky. The man is as petty as they come.

4. Nothing Was the Same Album Cover

The cover art for Drake’s third album, Nothing Was the Same, featured the side profile of his face against a sky background. It didn’t take the internet to have fun with this one. These are some of the funniest memes on the net and will even have Drake fans laughing.

5. They See Me Rollin 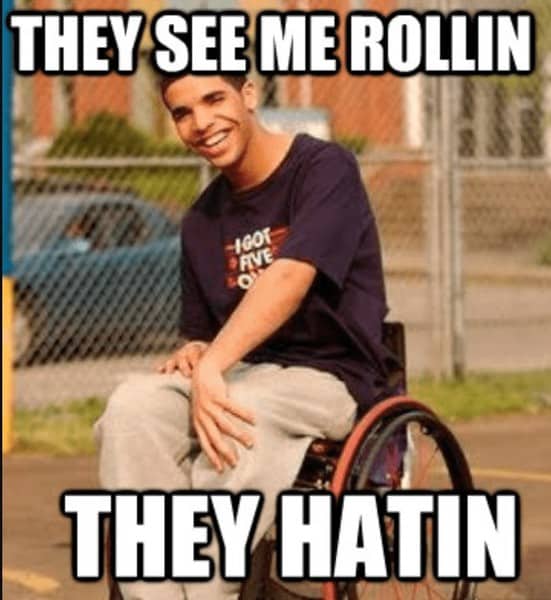 For his role in Degrassi, Drake’s character Jimmy Brooks ends up in a wheelchair after being shot. There are tons of memes featuring Drake in a wheelchair, but none quite as good as this one. It uses the lyrics from Chamillionaire’s hit song Ridin’ and is a funny meme sure to have you giggling. 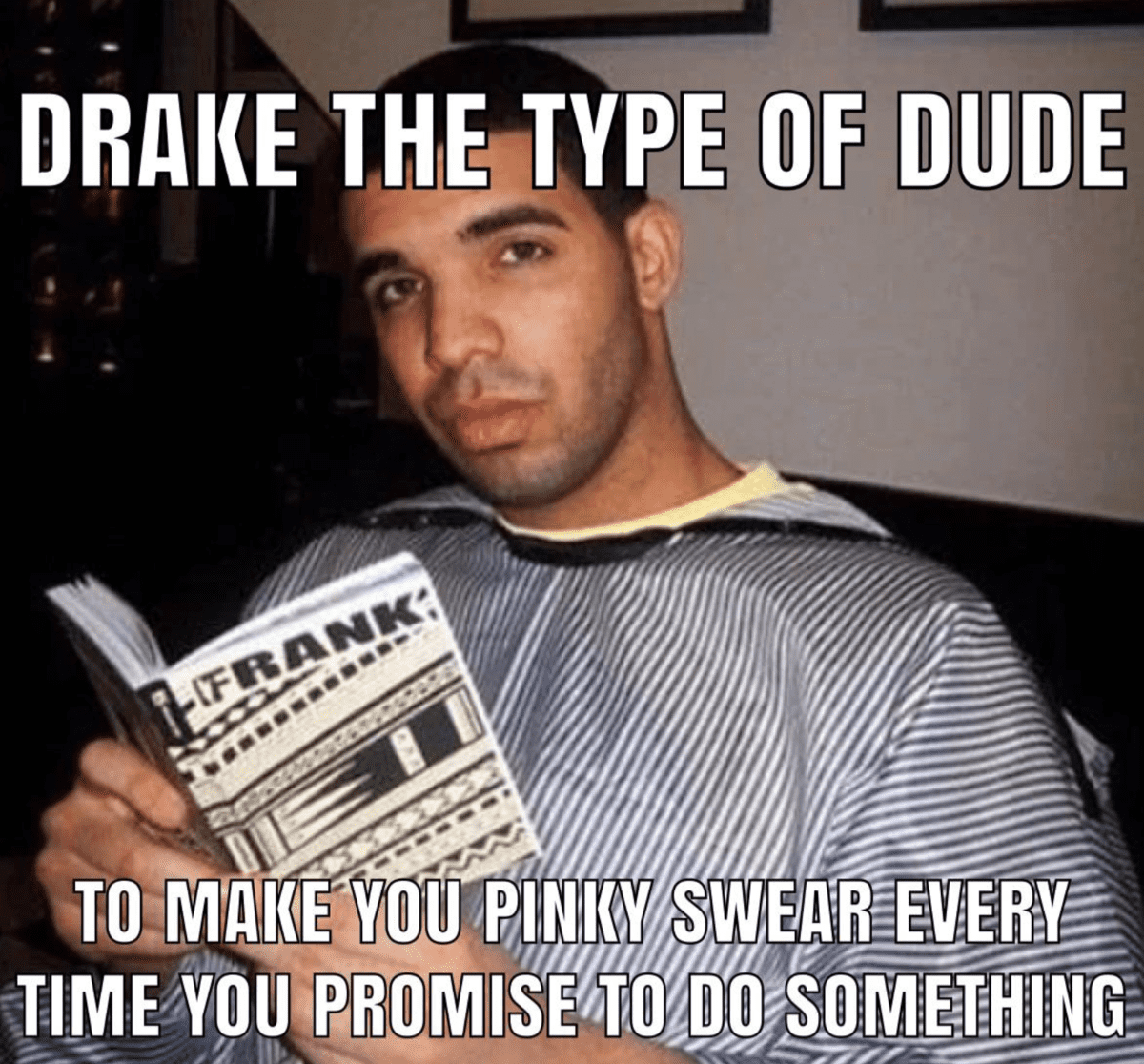 Here’s another hilarious Drake meme referencing the classic ‘Drake the type of guy to…’ phrase. These never get old.

7. If You’re Reading This It’s Too Late Album Cover

Another Drake album cover to get the mem treatment was If You’re Reading This It’s Too Late. Due to the simple design, it was very easy for creative types to put their own phrases on the cover. There was even a meme generator created so you could make your own personal cover art. 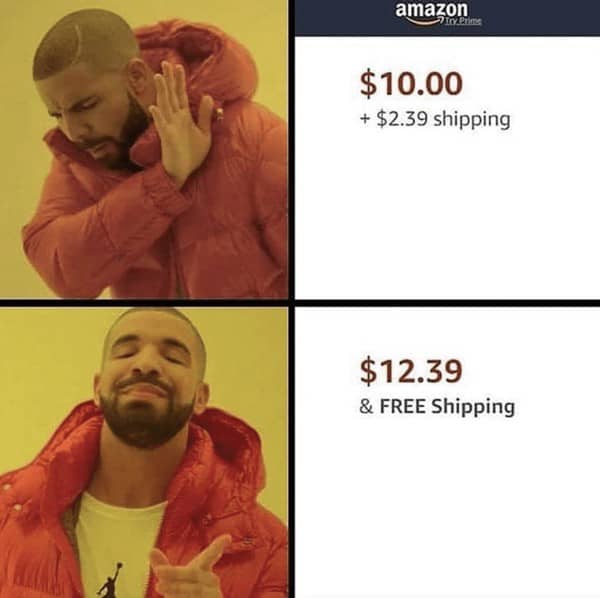 Another popular Drake meme came from the film clip to his hugely successful song Hotline Bling. The song features Drake rapping and dancing in various areas. At one stage he uses his hands to say no before giving a nod and pointing in agreeance. This became a massive meme that is still used today. This great example is all about that Amazon free shipping. 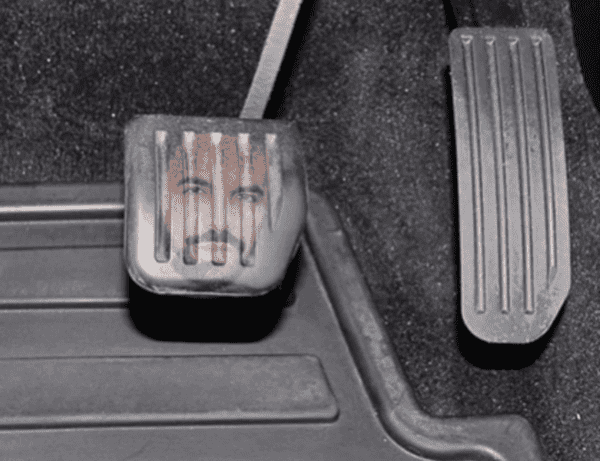 This might be the stupidest meme on this list, but it is absolutely hilarious. Darke’s face as a car brake. Genius 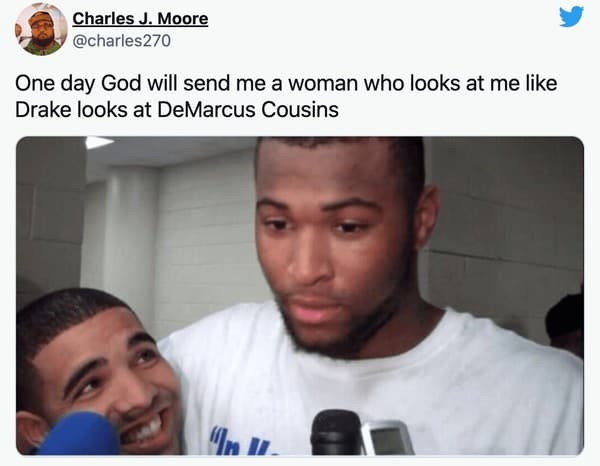 The way Drake is looking at Demarcus Cousins is the way we all want our partners to look at us. The love is real. 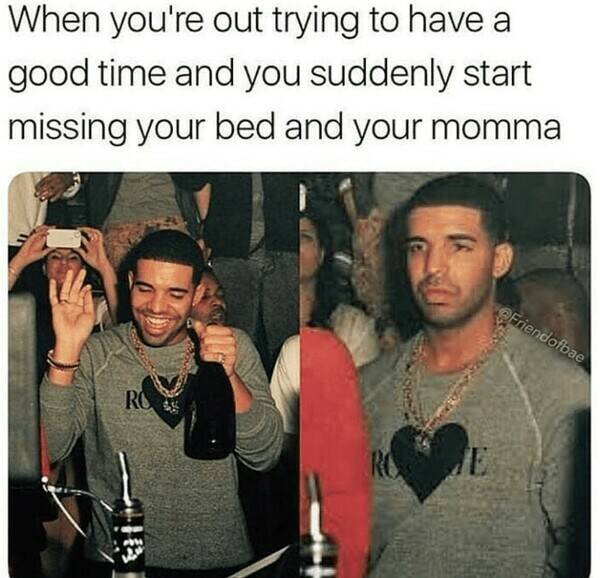 A photographer caught Drake at his highest and lowest on the same night and this meme was created.

12. When Drake Finds Out Rihanna and A$AP Rocky Are No Longer Together 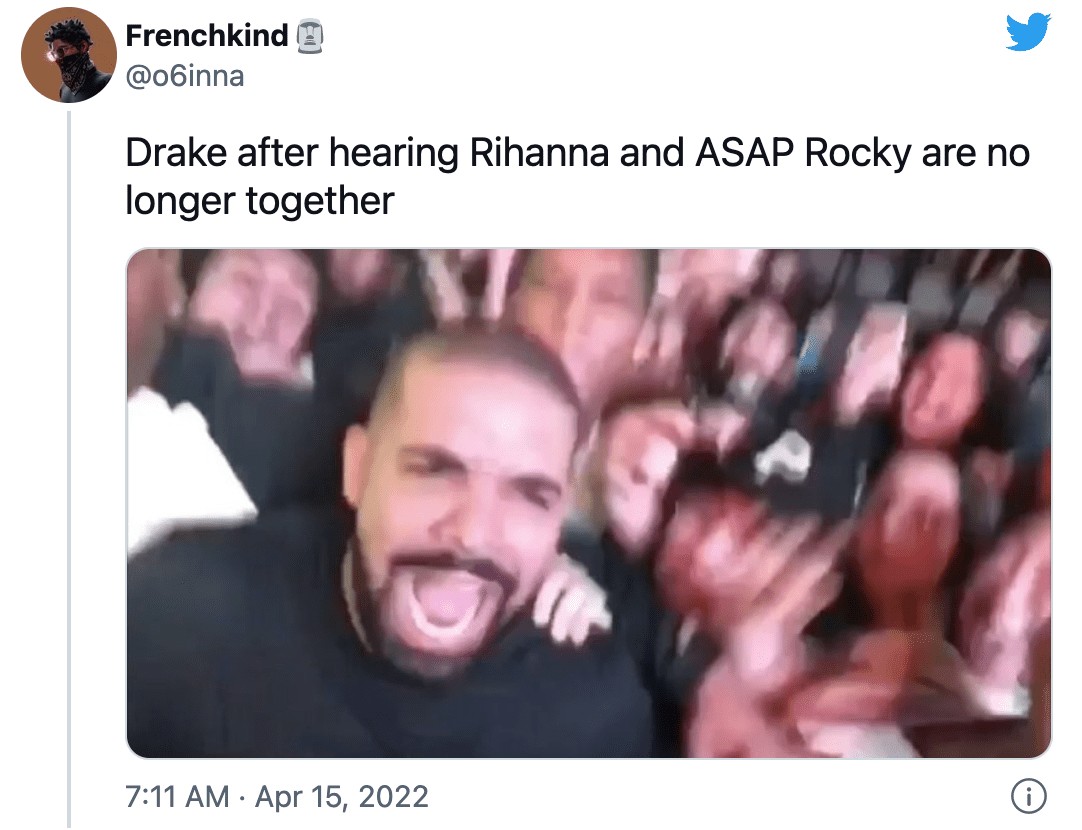 A wild rumor went around that New York native A$AP Rocky had cheated on Rihanna. It was quickly proven to be false, but that didn’t stop the internet from having some fun with Drake. Knowing how much he loves Riri, these memes were all about his reaction and what he would do. This one shows him in a state of ecstasy ready to plot his way back into his ex’s life.

13. Skating With the Crew 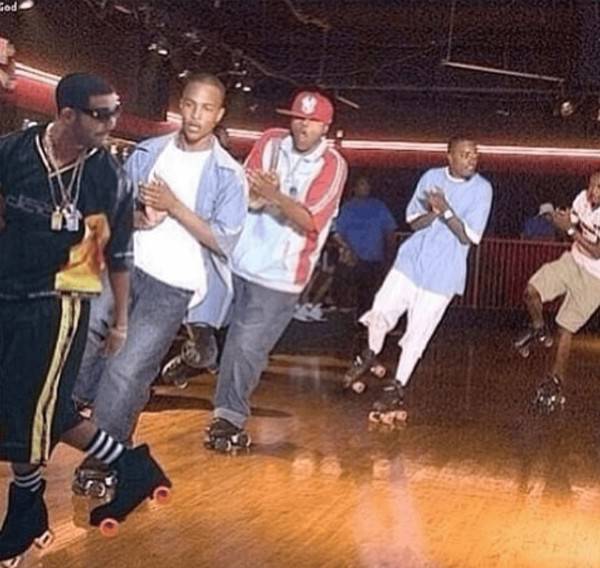 In the music video for Rick Ross’ No New Friends, Drake sports Timbaland boots and a throwback DaDa Supreme outfit. At one point he turns at a weird angle and this image soon found its way onto social media in various memes. There are lots of different versions so this meme, with this one particularly funny. 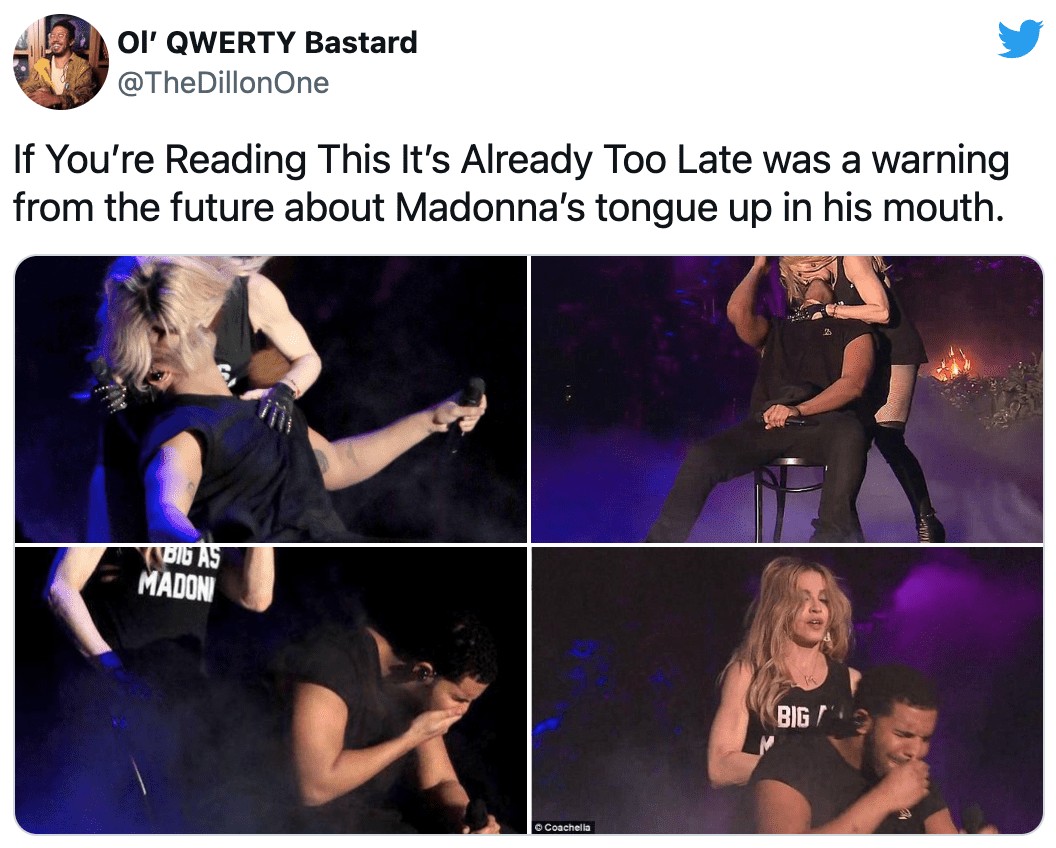 Drake came out during Madonna’s 2015 Coachella set. During the performance, she laid a big wet one on Drake and his reaction was priceless. Let’s just say he didn’t enjoy it as much as he thought he might have. This clever meme uses the title of one of his albums to make a joke about the experience. 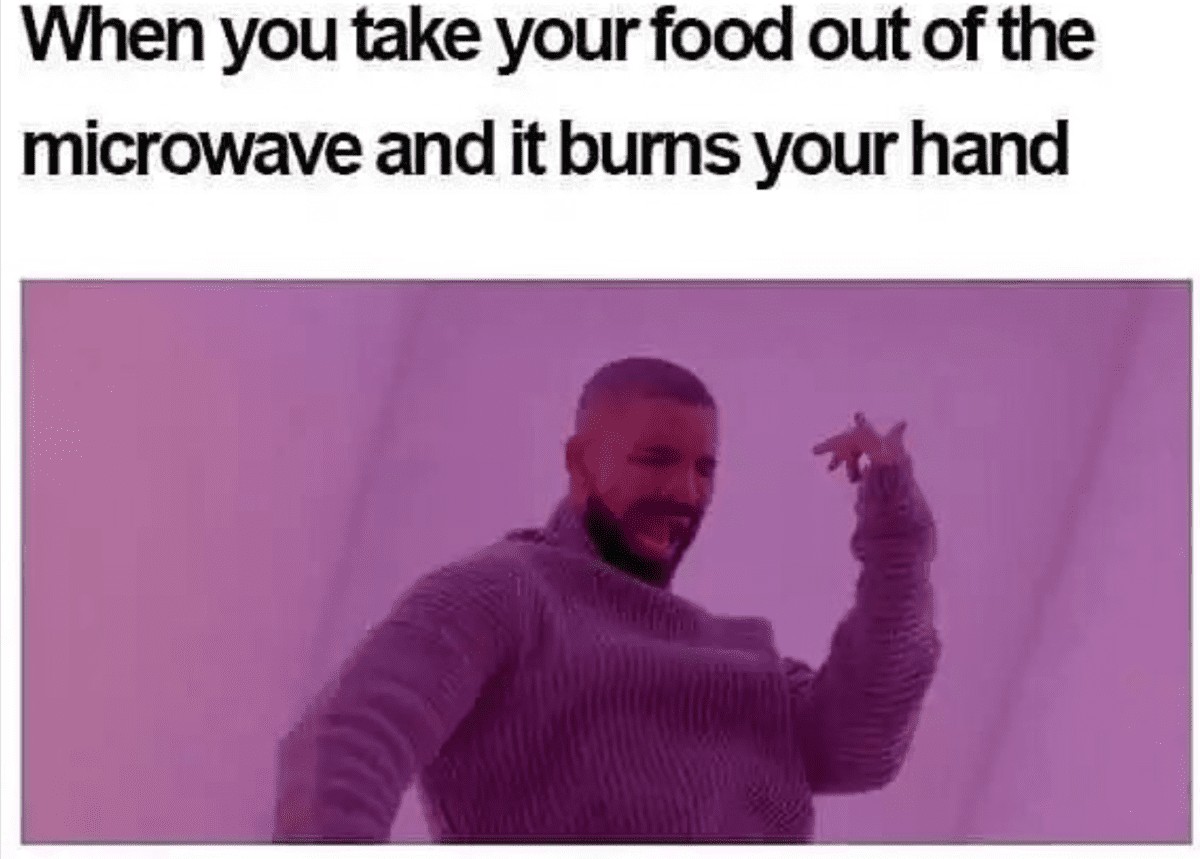 Taking an image from the Hotline Bling music video, this is another fantastic Drake meme that we can all relate to. 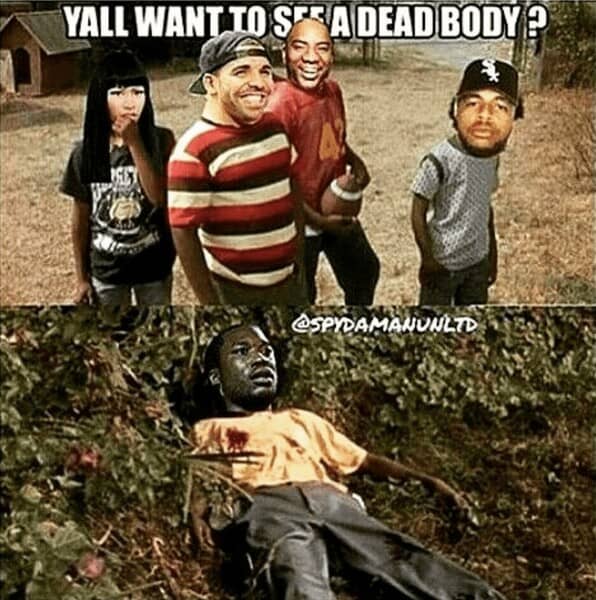 In 2015 Meek Mill and Drake got into a beef over ghostwriters. This turned into meme gold, with Drake coming through with the win over Mill who was rightly savaged. This meme references the movie Stand By Me in a hilarious way. 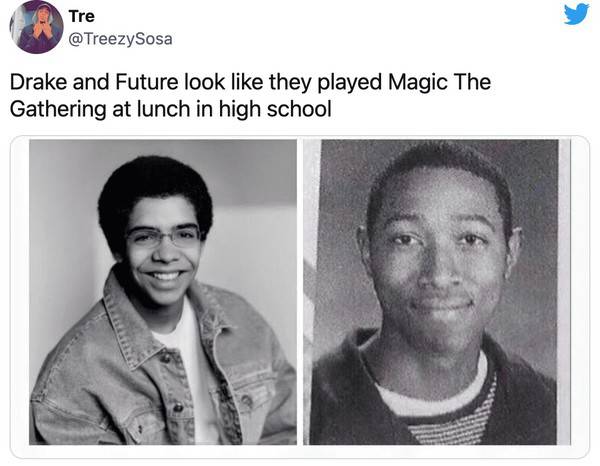 Teaming up for the collaborative album What A Time To Be Alive, Drake and Future set the internet ablaze. People were really digging the project, and then someone found their old high school yearbook photos and the jokes started coming thick and fast. This one paints the dup as nerds who enjoy card games. 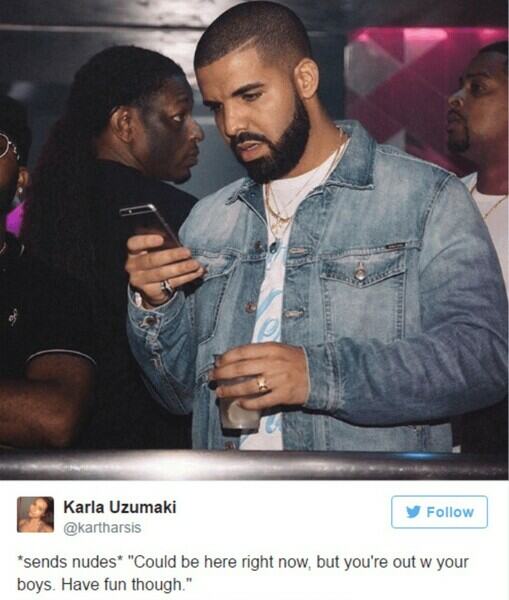 Another image of Drake that became a meme was him staring at his phone with a look that seems to be a cross between shock and disappointment. This meme about getting nudes but missing out on your lady’s company because you’re out with the boys perfectly illustrates how most would feel. 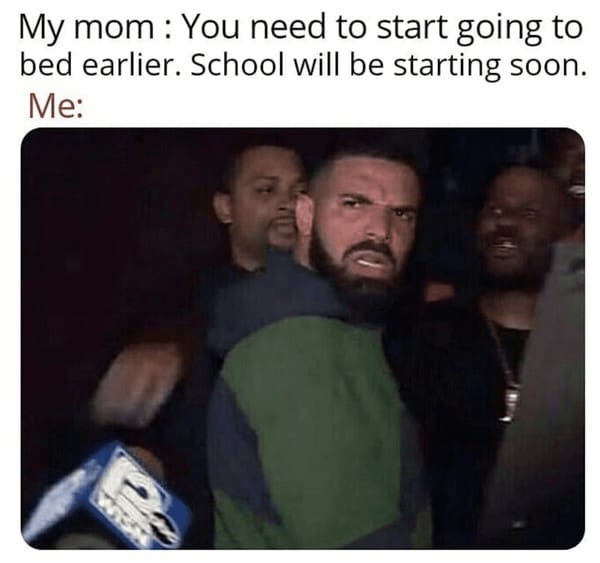 This image of a fired-up Drake perfectly sums up how most of us felt when mom told us it was time for bed. 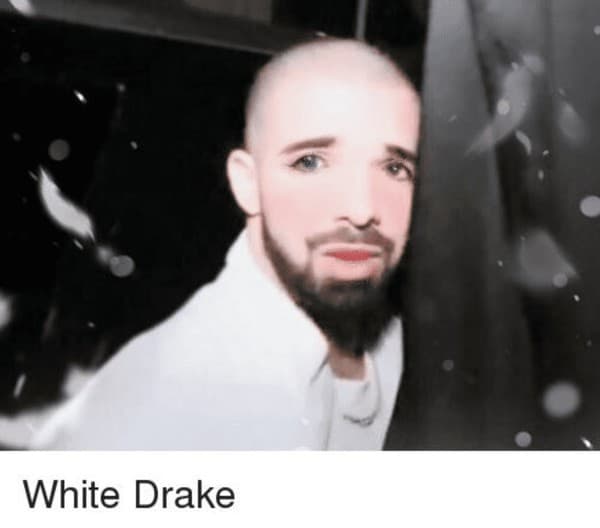 This one says it all. I wonder if he can rap?